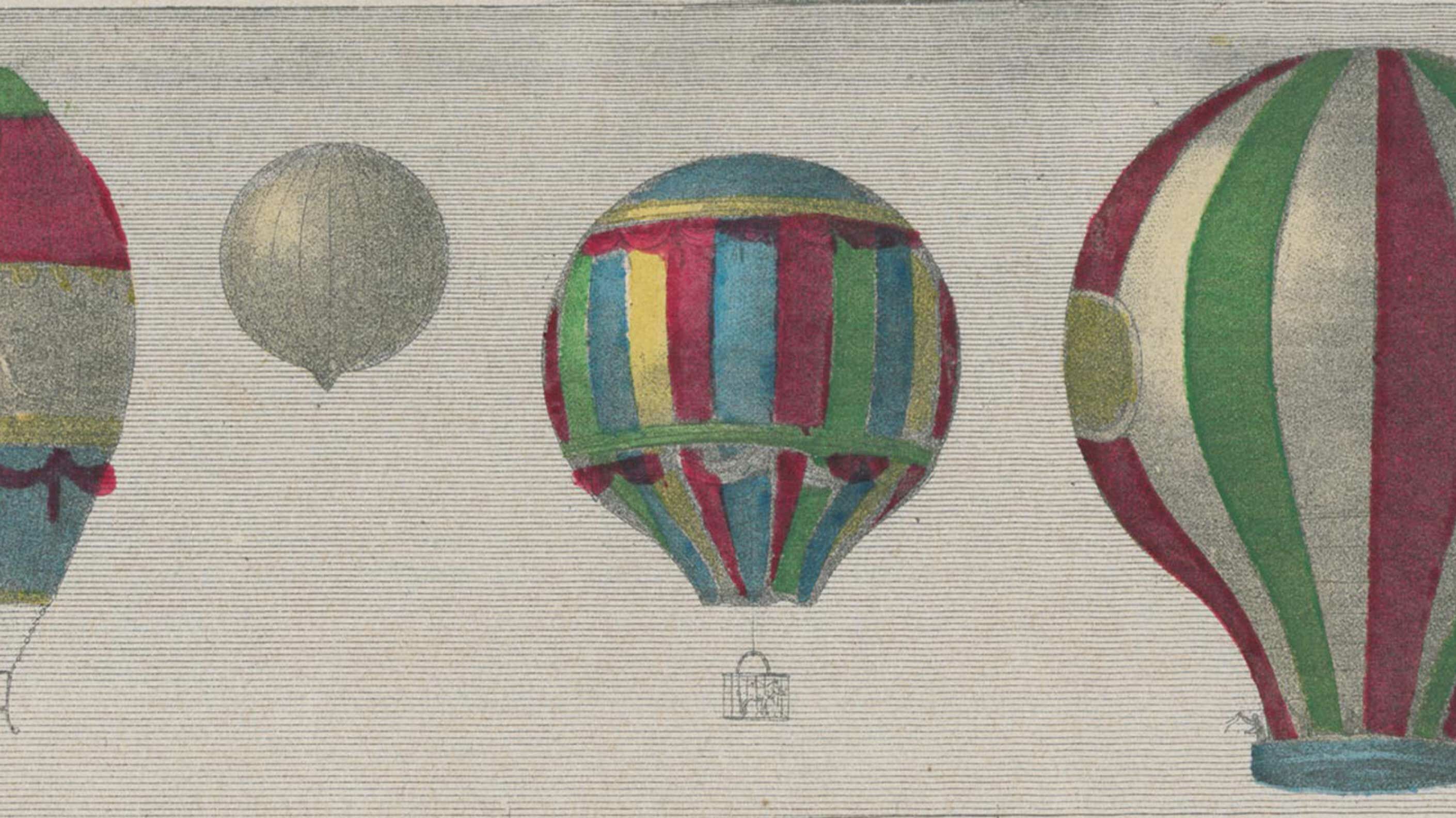 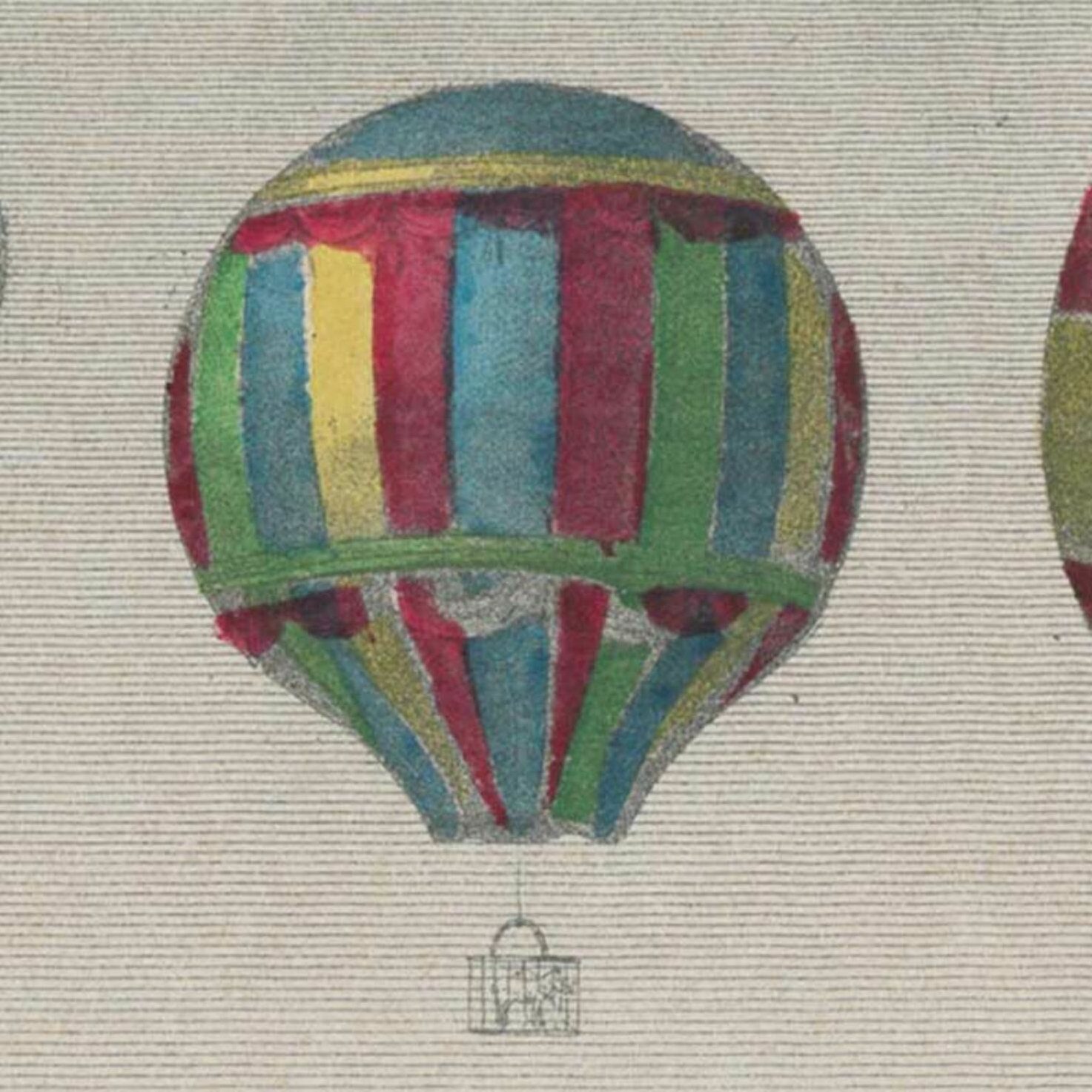 In 1784, Anton Tschann from Balsthal successfully launched a hot-air balloon into the sky – the first Swiss to do so. Later on, however, others claimed the glory.

The news must have hit like a bombshell when, on 19 October 1783, French brothers Joseph-Michel and Jacques-Etienne Montgolfier succeeded in sending the first manned, tethered hot-air balloon soaring skyward to an altitude of around 2,000 metres. Five years later, we Swiss managed the same thing: on 5 May 1788, Frenchman Jean-Pierre Blanchard launched the first hydrogen gas balloon with a passenger in Switzerland, in an “aerostatic experiment” in Basel.

In fact, the credit for this feat should have gone to “air globe-maker, mechanicus and pyrotechnics artist” Anton Tschann (sometimes also written ‘Tschan’), born in 1757 in Balsthal (Solothurn canton). After promising the residents of Balsthal a “huge aerial machine in the shape of a magnificent palace”, as early as 1786 Tschann had plans to ascend into the heavens with a “brave female person” in Basel. Like the flight in Balsthal, however, this one appears never to have taken place. There are no records of any such event.

Balloon flights were in fact banned.

Anton Tschann was ahead of his time. With the help of his brother Urs Jakob, a priest and maths teacher three years his junior, in 1784 the then 27-year-old designed and built a pyramidal hot-air balloon. On 12 February 1784 in Solothurn, this balloon lifted off as planned. The vehicle was unmanned, but it was the first of its kind in Switzerland. A balloon ban had actually been in force in the canton of Solothurn as from that year. The reason for this was the numerous fires that had started in connection with the filling or landing of balloons. The council often turned a blind eye, however.

In front of a large audience – more than 1,000 spectators were present – the ‘aerial machine’ climbed rapidly, reaching an altitude of 2,000 to 3,000 metres. The balloon crossed back and forth above the city several times, and also impressed the attendant envoys from Glarus, Appenzell and St Gallen, who were visiting the French ambassador. Solothurn had been the seat of the French embassy since the 16th century, and was also known for that reason as ‘Ambassadorenstadt’ (Ambassador City).

Solothurn’s balloon ban enacted in 1784 was also adopted by other cantons. It became more and more difficult to get a ballooning licence. Despite this, in early August 1788 the brothers from Balsthal managed to send up a dog in Baden. They also included some firecrackers, which exploded at a certain altitude. The spectacle seems to have pleased the crowd, and the ‘Hurterische Schaffhauser Zeitung’ newspaper reported: “Four hours away from the place where it ascended, it set down very gently in a stream.”

A dog was good – a sheep would be even better, the Tschanns thought.

The four-legged passenger sustained no injuries from his flight. A dog was good – a sheep would be even better, the Tschanns thought, aiming to outdo their previous effort. They were already planning their next attempt, and on 3 September 1788 they advertised it in the NZZ: “The machine presents a magnificent house in the air, with 20 window frames, each 5 Schuhe in height, also with 4 portals, each 8 Schuhe in height, the whole an elegant style of design.” (The Schuh was a regionally varying unit of measurement; in Basel Canton, for example, one Stadtschuh was equivalent to approx. 304 mm)

On 7 September 1788 in Dietikon, Anton and Urs Jakob Tschann are supposed to have launched a balloon carrying a sheep. Whether the animal really reached lofty heights seems more than doubtful today. A year later they were planning an appearance in Zurich with their spectacular contrivance, but the municipal government banned the event.

But developments in the air happened very quickly.

As manned balloon flight became safer, the military also began to take an interest. In the late 19th century Eduard Spelterini, one of Switzerland’s most famous balloonists, carried out test flights for the airship company (Luftschiffkompagnie). In 1915 the brothers Jacques and Auguste Piccard trained as balloon pilots, also with military intentions. But developments in the air happened very quickly. With the advent of zeppelins and the faster and more manoeuvrable aeroplane, balloon travel lost its relevance for military purposes.

Anton Tschann from Balsthal seems to have carried out a few more ballooning demonstrations. However, he quickly sank into oblivion as a Swiss balloon pioneer, even though he and his brother had accomplished Switzerland’s first balloon ascent.