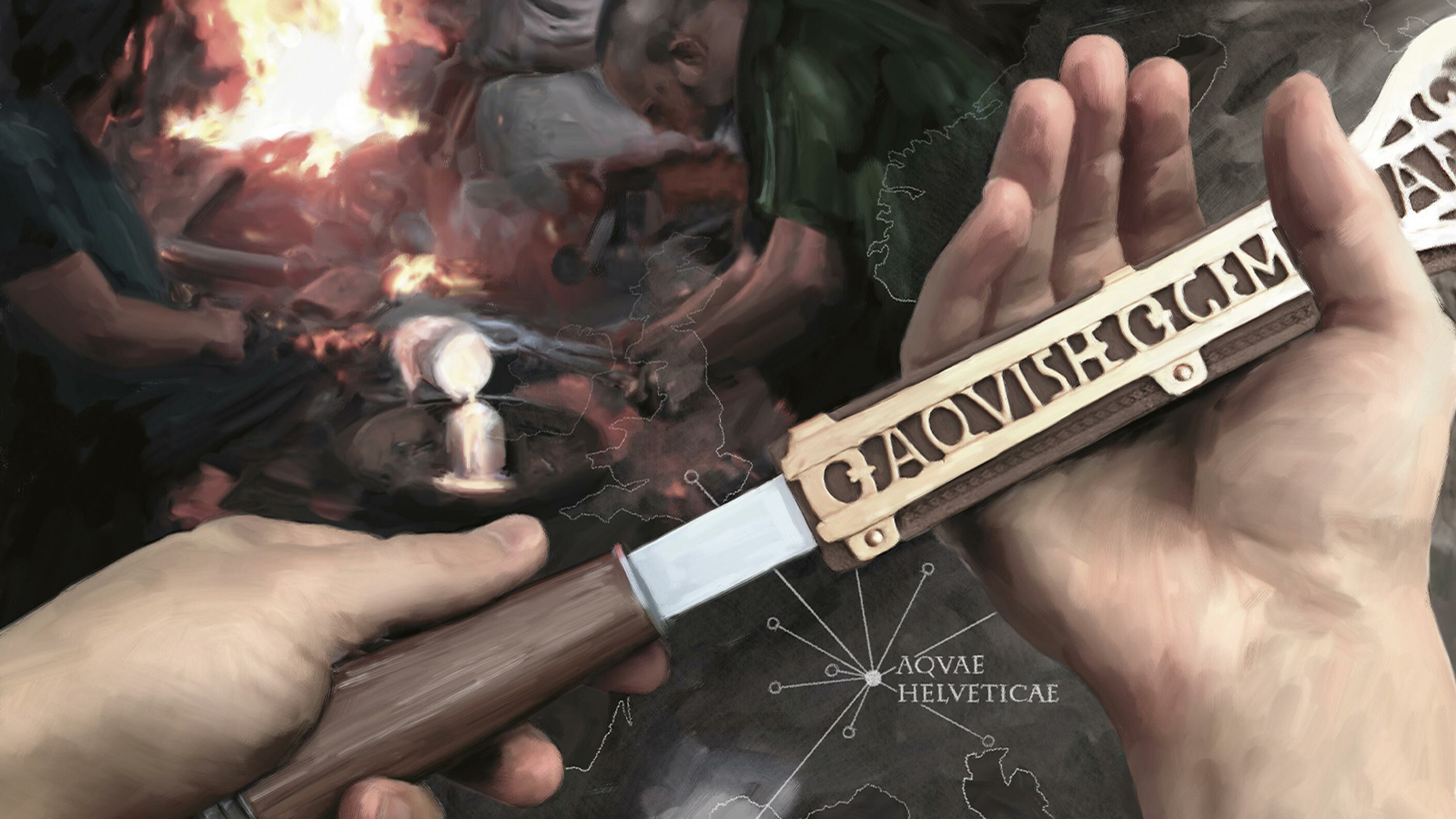 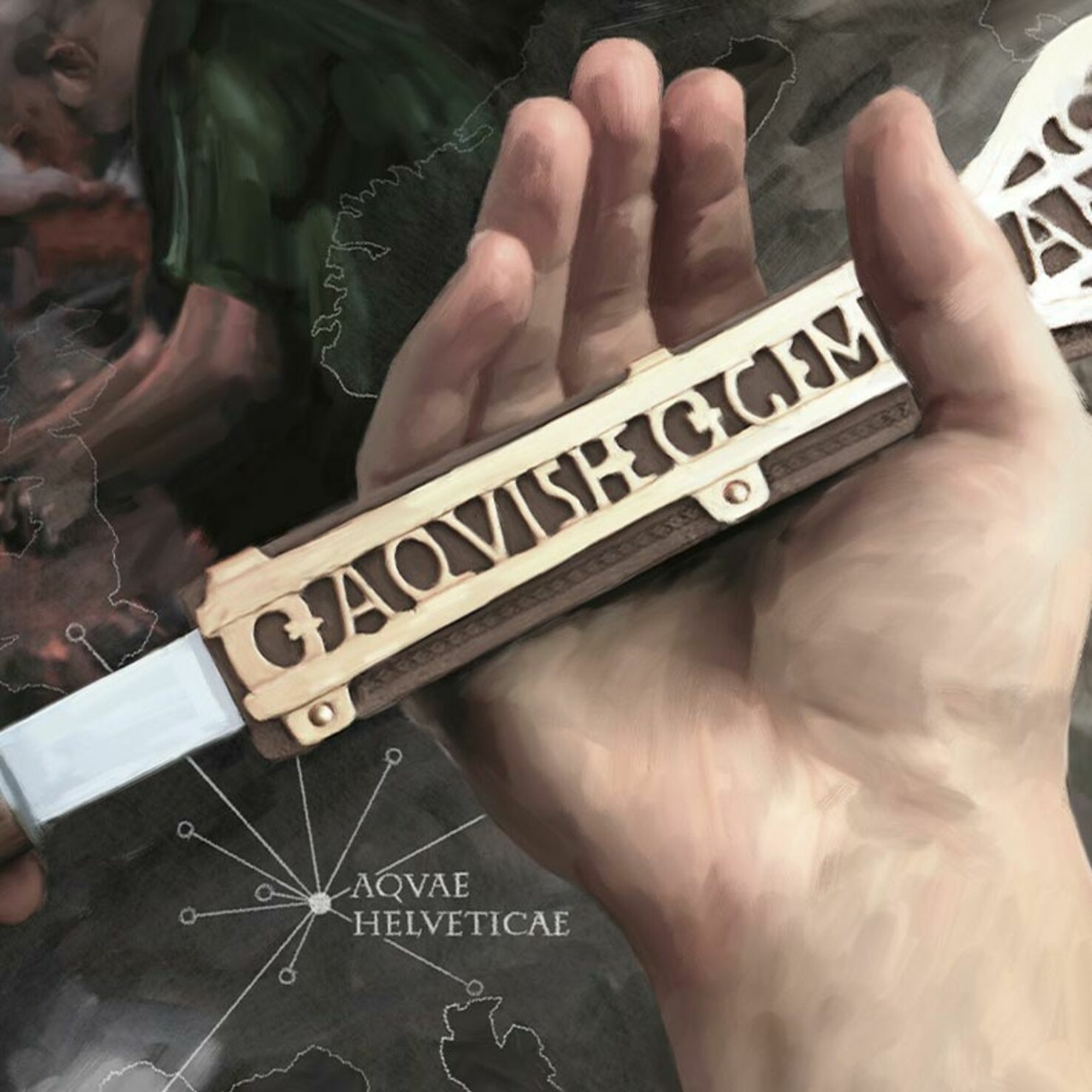 Long before Switzerland became a popular tourist destination, the hot mineral springs at Baden in Aargau were a magnet for people in search of rest and relaxation. The first souvenir of Switzerland: high-profile guests and numerous travel reports carried the spa town’s reputation into the wider world.

Travel and tourism as we know them today are thought of as early 19th century “inventions”. But even before then, people left their homes to go and spend days or weeks at places that promised relaxation, rejuvenation, social exchange and amusements: they “took the healing waters” at mineral springs. For centuries, Baden on the Limmat was one of the world’s most famous spa resorts.

The Romans built extensive thermal bath complexes at the 47°C mineral hot springs in the curve of the Limmat. Aquae Helveticae (Latin for the “healing waters in the land of the Helvetii”) soon became a popular health resort and tourist destination. Politician and historiographer Publius Cornelius Tacitus (c. 58 AD to c. 120 AD) described the place as: “locus, amoeno salubrium aquarium usu frequens”, a small town that was frequented for the “delightful location of its healing springs”.

A souvenir from Aquae Helveticae

Local people and travellers from further afield, but also soldiers, military officers and government officials on vacation or passing through, sought out the thermal baths of Aquae Helveticae. It is likely that members of the prominent families of the Helvetic Civitas also appreciated the slower pace of life and the pleasant idleness, the otium, in the spa resort on the Limmat. But these guests have left few archaeological traces that provide information about their origin and the motivation for their stay in Aquae.

However, what is probably Switzerland’s oldest souvenir is testament to the popularity of the spa resort: knife scabbard fittings by the bronze-smith Gemellianus. A number of models of the Celtic-style fittings give the name of their manufacturer and place of manufacture. These items carried the name Aquae Helveticae, and presumably the reputation of the mineral springs resort, far across the Roman Empire. Knives made by Gemellianus found their way as far afield as Britain and the Euphrates – they were so popular that they were copied and forged!

Knife scabbard fittings made by the Roman bronze-smith Gemellianus were popular souvenirs in the 2nd and 3rd centuries AD. Shown here are an original fragment and a replica. (Picture: Basel Historical Museum)

To see and be seen where the powerful meet

In the Middle Ages and up until the 17th century, Baden was a popular gathering place for the great and the powerful. It is likely that the Counts of Lenzburg, who enlarged the spa in the late 11th and 12th centuries, and after them the Habsburg dukes and kings, often spent weeks at a time in Baden during the summer months. The tradition of the summer “see and be seen” for the powerful continued under Swiss rule and into the 17th century. Visits by high-ranking guests such as Archduchess Eleanor of Scotland (1433-1480) and Pope Martin V (1368-1431) were the best publicity for the spa resort.

Anyone who needed or desired to meet the crowned heads – princesses, princes, envoys and supplicants alike – also made the journey to the Limmat. In their wake came all those who expected benefits from being in the orbit of the powerful. Even those who wished merely to bask in their splendid glow and share in the luxury and amusements of the spa resort, or at least marvel at them, went to Baden.

Nothing short of the Garden of Eden!

From the 15th century onwards, scores of travel reports and spa recommendations carried Baden’s reputation out into the wider world. The apostolic secretary and distinguished humanist Giovanni Francesco Poggio Bracciolini (1380-1459), who visited Baden in 1416 and, in a letter, described the local baths as the very likeness of the Garden of Eden full of happy people, got the ball rolling. Poggio’s description quickly found its way into every corner of Europe, becoming the actual publicity piece for Baden that still carries weight today – and Baden became the ideal of the late medieval mineral springs resort.

Descriptions of spas by prominent scholars such as Felix Hemmerli (1388/89-1458/61) from Zurich and by well-known doctors such as Heinrich Pantaleon (1522-1595), the rector of the University of Basel, not only extolled the benefits and applications of Baden’s thermal waters, but also described the spa resort and its facilities, sights and other amenities almost in the style of a travel guide. The travelogues of the French philosopher and politician Michel de Montaigne (1533-1592) and the Englishman Thomas Coryat (1577-1617) cemented Baden’s reputation as an exclusive travel destination and the fashionable spa of the day. Thanks to the high-profile guests and the much-vaunted delights of Baden and its healing waters, spa visitors flocked to the town from all over Europe.

Baden and the baths in the foreground around 1620-1630. Copperplate engraving by Matthäus Merian. (Picture: Swiss National Museum)

“Taking the waters” gave the aristocracy and the upper middle classes an opportunity to escape from domestic duties and shake loose from societal constraints for a while, and to combine the functional – looking after their health – with the pleasurable – socialising and spending time among like-minded people. A spa trip, referred to as a Badenfahrt, was always associated with entertainment, because the spa-goers anticipated not only healing baths but also all kinds of distractions such as theatre performances, parlour games and games of chance, and magnificent banquets and balls.

The Bäderplatz in Baden with the public baths, the outdoor pool in the background and the St Verenabad in the foreground; this is where the poorer and needy guests spent their spa stay. Aquatint, Heinrich Keller, 1805. (Picture: Historisches Museum Baden)

But less well-to-do people also found their way to the healing waters and were able to be part of the hustle and bustle and diverse pastimes of the spa resort, at least on the periphery. Members of ecclesiastical orders were entitled to regular spa stays within the framework of the cura corporis, the care of their own physical well-being prescribed by the order’s rules. The sick and the needy also enjoyed spa visits, often made possible for them as an act of Christian charity by the church or by generous donors. For many of these people, the trip to Baden may have been the only travelling they ever did and the only “time out” of their lives.