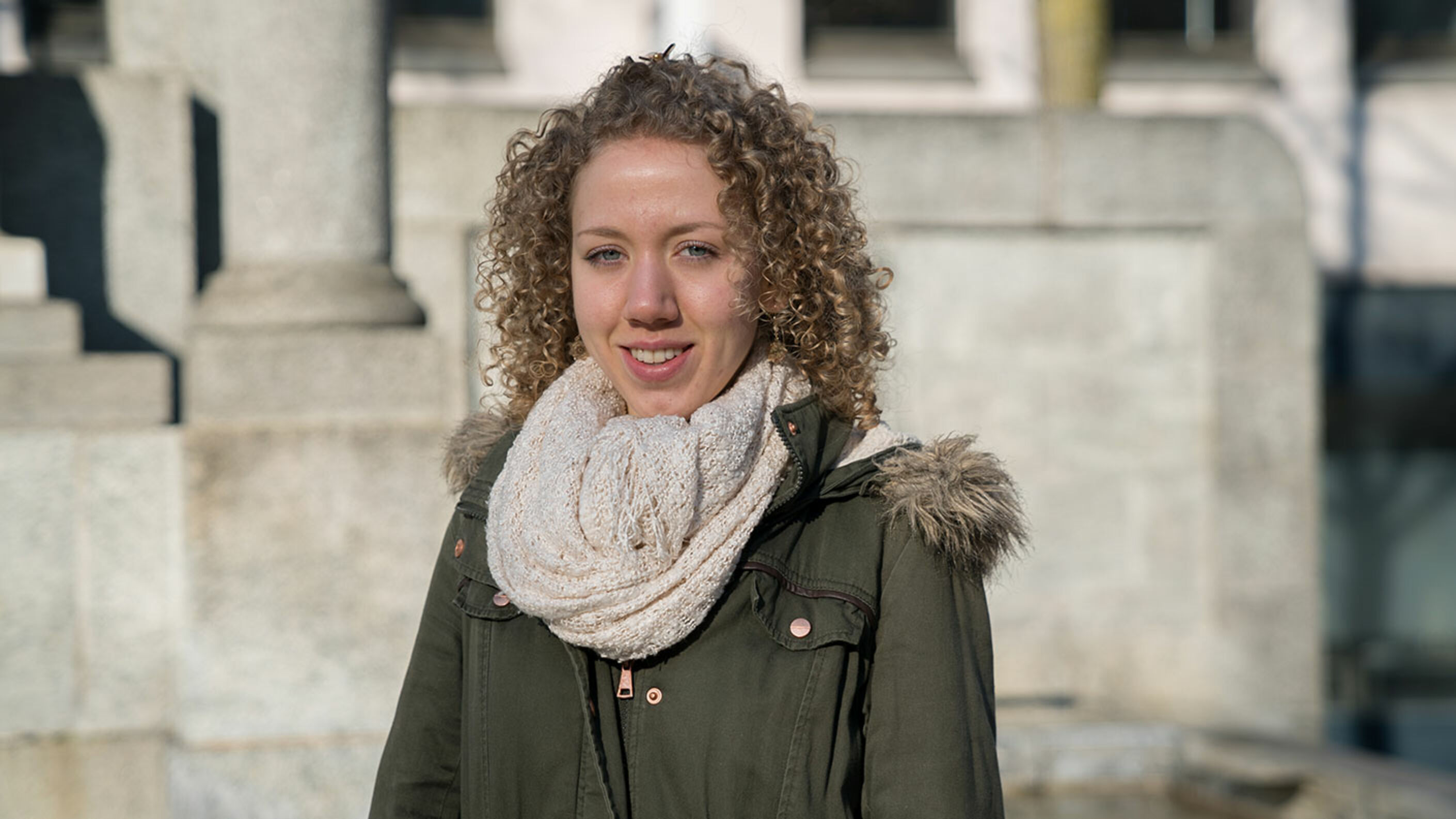 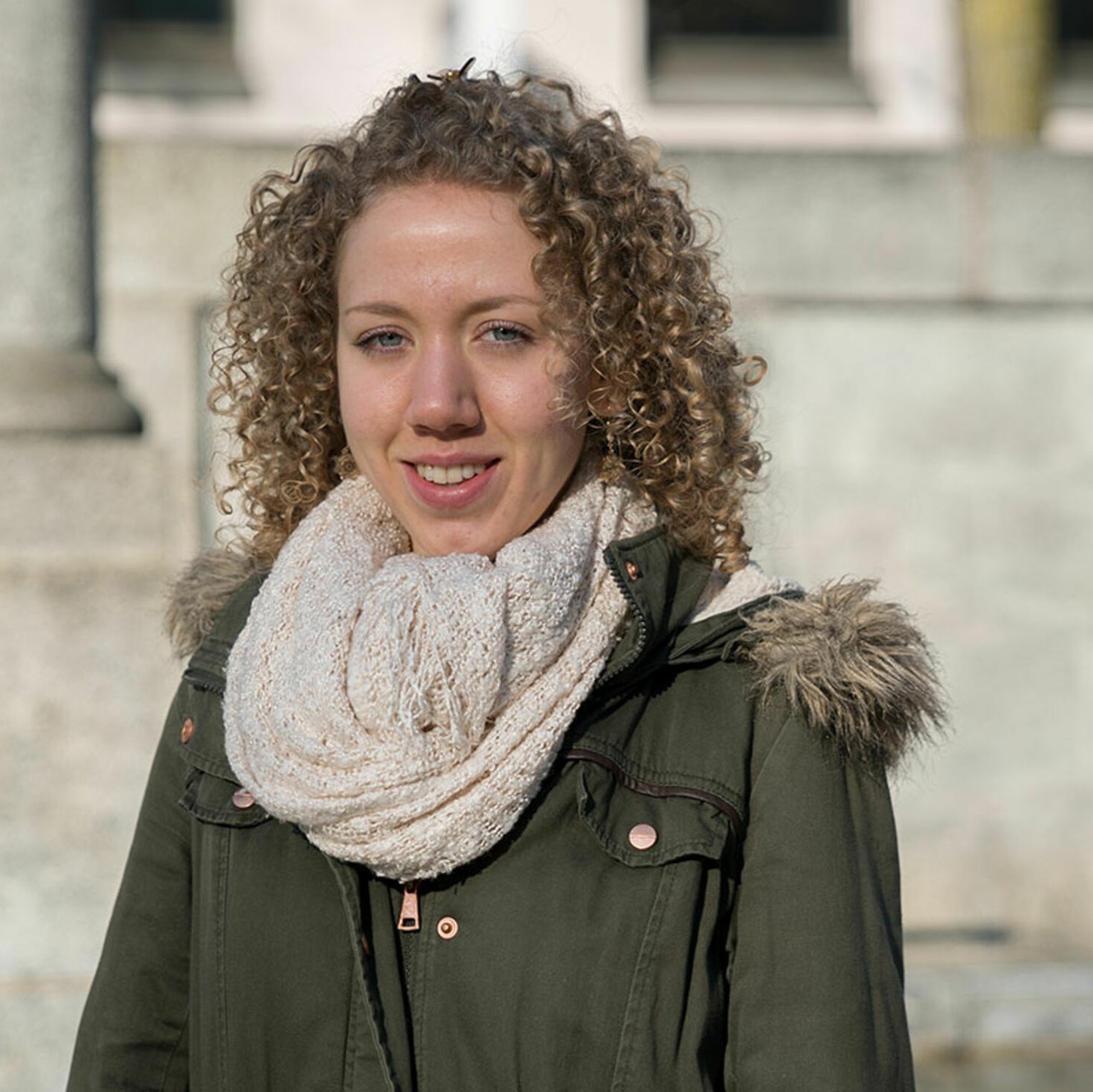 ‘The rape is just a memory now’

In ‘Vergewaltigt’ (‘Raped’), Zurich student Tatjana Kühne describes the years following her sexual assault. She spoke to us about the impact of this and her life today.

You were raped when you were 13 years old. You didn’t tell anyone about it for years. Now you’ve written a book about the time you went through after the assault – for anyone to read.

That is still a strange feeling. I recently saw a woman on the train who was reading my book. What a huge coincidence! I was totally taken aback. That was when I realised for the first time that strangers were experiencing and contemplating my story. But it was important to me that I wasn’t pulled into the public eye by the publishers. My experiences should be the focus, not me as a person.

You wrote the book for your high school thesis. Now an edited version has been released by Zurich publisher Xanthippe. Were there people who discouraged this?

Yes, to start with almost everyone did. They warned me that a book like this could become a burden. Of course, the people who appear in the book all agreed to it being published. And everyone else’s scepticism faded once they saw the positive response to the book. To some extent, the book also gave me control over who found out about the rape. Back when I wrote the thesis, rumours started at school. I was then able to decide for myself how to react to them. The book also made it easier for me to talk about it with my family – it meant there was a specific reason to bring it up.

‘That was when I realised for the first time that strangers were experiencing and contemplating my story.’

You weren’t at all worried about the reaction?

No, I was. I pictured all the different scenarios. My publisher warned me about what could happen, for example if unscrupulous media outlets got their hands on the story. But nothing bad has happened. The support I’ve received from the public is truly incredible.

Have you received responses from other women who have been raped?

I hardly get any messages because my contact information is not publicly available. But there have been some individuals who have approached me on the street. They have told me that they have also been raped, or that their daughter has. They can now see how it is possible to process the experience. That is another aim of my book: to give other people the courage to find a way to determine their own destiny again.

‘Women have told me that they have also been raped, or that their daughter has.’

Your first experience of therapy was very negative.

We didn’t like the methods they were trying at all. It felt like an experiment. But it took a long time for me to have the courage to say that the therapy wasn’t right for me. I thought that these experts knew what they were doing. If it wasn’t working, it must be my fault. That just made everything worse.

Your second attempt at therapy was a success.

Yes. But I was very sceptical to begin with. I really didn’t want to go into it again. It was generally very difficult for me to accept professional help. I felt that it would label me as a disturbed girl who couldn’t cope. Other people telling me that therapy wasn’t a bad thing also wasn’t enough. That’s why at the end of the book, I’ve included information about where to find help. Something like that would have been very useful for me.

‘Of course I am still affected by the rape. Perhaps I am now more cautious than other people.’

You describe the first five years after the rape as full of pain, fear and shame. How do you feel today?

I no longer have any of these feelings. Quite the opposite! I am feeling really positive. I don’t struggle with the issue any more and can talk about it very openly. Of course I am still affected by the rape. Perhaps I am now more cautious than other people. But I can accept it. The rape is just a memory now.

Was it difficult to write the book?

Yes, it was a long process. When I started the book, I had to work through the trauma. I don’t write about the rape itself, only the five years afterwards. That is why the book is called ‘Raped’ in the past tense. I had never really properly processed this time before. It was good for me to work through this chaos by writing. It really brought home everything I had done and experienced during this time.

You also write a lot about your parents. You only told them about the rape two and a half years after the attack and after an attempted suicide.

For a long time, they just thought I was having a particularly difficult time going through puberty and maybe that was why I was so on edge. When I did tell them about it, they fully supported me. But sometimes I found it difficult to offload all these problems onto them. But it has made our family stronger. I also have a very close relationship with my two brothers now.

On Thursday 7 March, Tatjana Kühne will be talking about and reading from her book ‘Vergewaltigt’ at the Karl der Grosse centre. There will then be a discussion with expert Bettina Steinbach from the women’s centre for sexual assault in Zurich. The event will be moderated by Noemi Landolt from WOZ newspaper. Admission is free.