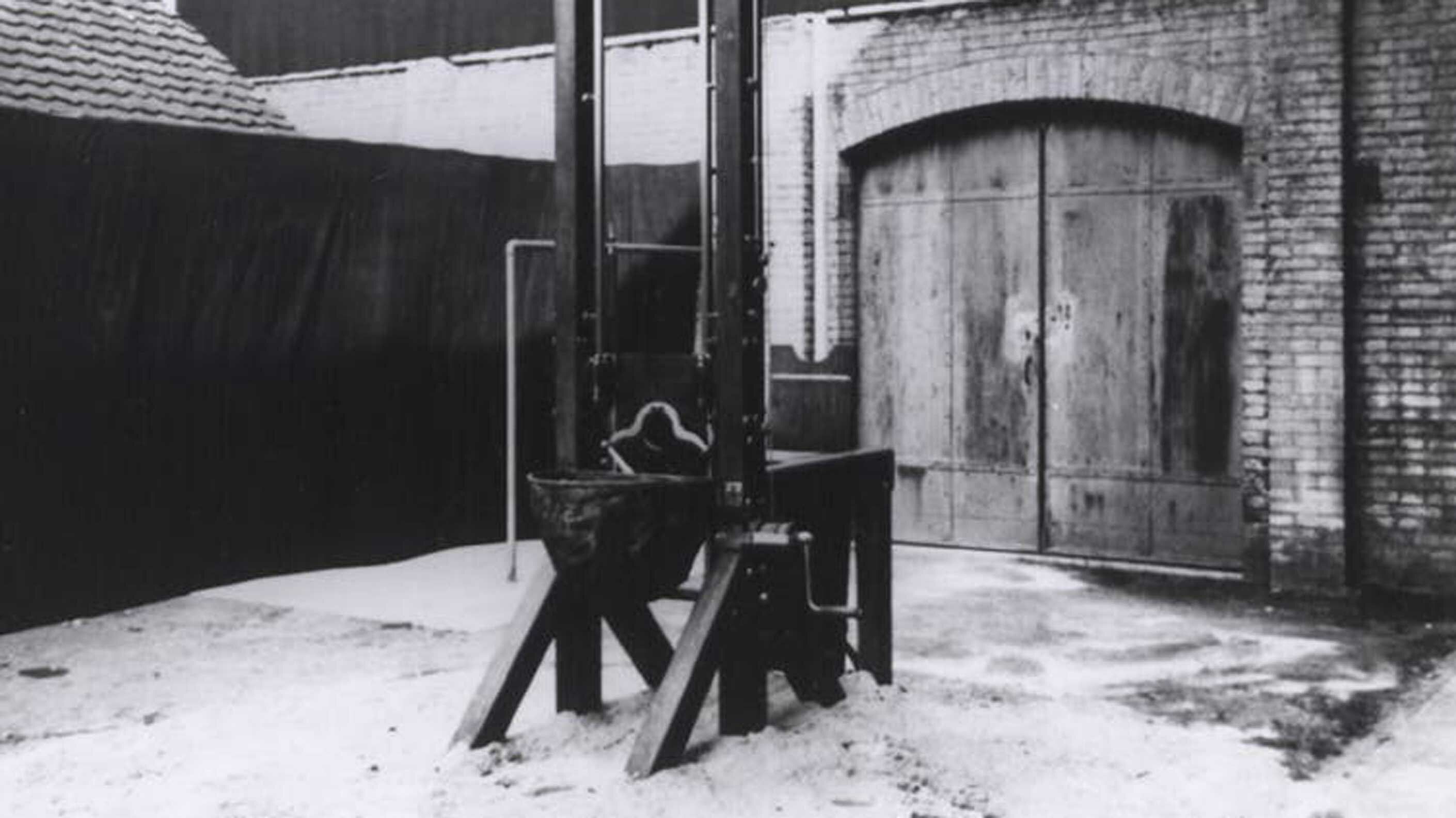 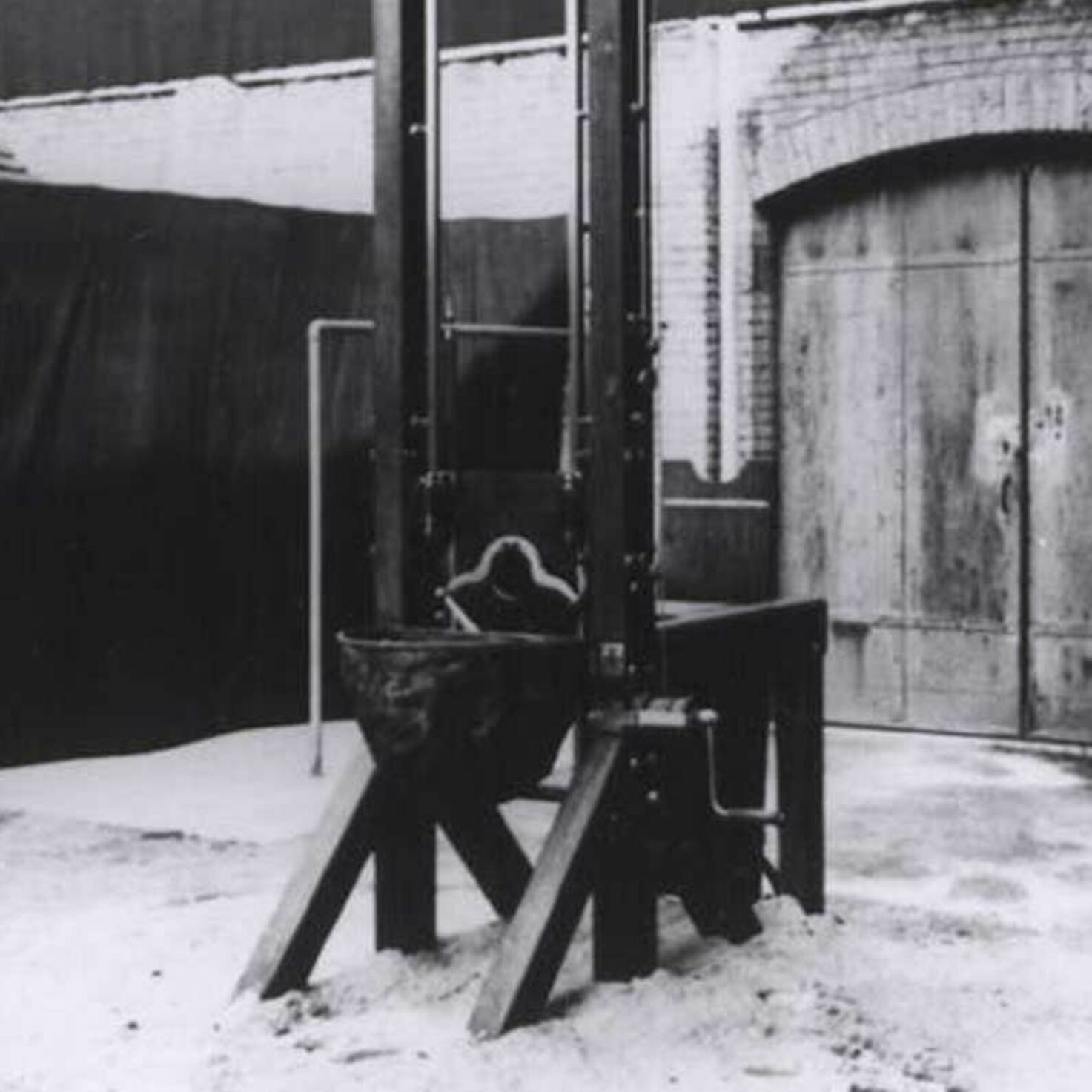 Heinrich Götti murdered six of his children straight after their birth. The former factory worker was sentenced to death for his crimes in 1865. He was the last person to be executed in the canton of Zurich – and it turned out to be a mass spectacle.

The exhausted mother cradles her newborn infant. She kisses and caresses the baby, whispering: ‘My darling child, may the good Lord keep you healthy!’ Katharina Stähli has already lost six children. The first died when it was five weeks old and the others shortly after their birth. A midwife later reported that they had all been ‘beautiful, healthy babies’.

Rumours swirled around the village.

The people of Adliswil were convinced that Katharina Stähli’s babies did not die a natural death, even if their death certificates mentioned diarrhoea and bronchitis. It wasn’t Katharina Stähli who they suspected, but her husband Heinrich Götti. Why was this former factory worker so strangely unmoved by the fate of his children?

The babies’ health deteriorated within a few hours of being born. Their lips, mouth and tongue turned white, then black, and finally they died.

On this February day in 1865, the seventh child also began writhing in agony: ‘It’s wheezing like all the others,’ said the midwife, who had delivered all the other babies. She and the other women tried to save the child, feeding it sips of oil and honey. Father Heinrich Götti told them they were wasting their time. He kept repeating that two of the other babies had been examined after they died and ‘all had a natural defect’.

That evening he was already telling his neighbours that his new baby wouldn’t survive and how the doctor said there was nothing to be done. But that wasn’t true. The doctor had clearly said they should ‘try something out on the child’. But Heinrich Götti stuck to his guns: ‘There’s no point, the others were just the same.’ The next morning, the baby was dead.

The mother was also arrested.

A few hours later, Heinrich Götti was sitting in the pub, drinking and playing cards. When he spotted the sexton, he called out: ‘Another one has died, you can take it away’ – and ordered another glass of wine. The sexton was so shocked by his heartless attitude that he reported it to the village mayor, who filed a complaint.

The next day, the coroner carried out an autopsy on the dead infant. He concluded that the child was probably poisoned by sulphuric or nitric acid. Heinrich was arrested on suspicion of murdering his child. His wife Katharina was also arrested, but later released.

Their house was searched, and a bottle of nitric acid was found in a pipe in the outside toilet – the same substance that was used to poison the baby. The clothes of the baby also bore yellow stains that could have been made by acid.

Heinrich Götti denied the murder, but got tangled up in his web of lies, even claiming that he didn’t know how many children he had. The remarks he had made to his neighbours, the midwife and the doctor also attracted suspicion. On top of that, he had spent a few minutes alone with the child.

The prosecutor had no doubt that Götti was a serial child killer.

Heinrich Götti’s trial was held in Zurich from 24–29 April 1865. Public prosecutor Heinrich Honegger summed up with the words: ‘The perpetrator can only be Götti. He must receive the death penalty.’ Honegger was convinced that Götti had also killed his other children, but they were never exhumed as it was impossible to prove whether they had been poisoned.

When the judge sentenced him to death, Heinrich Götti burst into tears. The following day he finally confessed that he had poisoned six of his seven children. ‘The first time, I made the decision while the child was still in the womb,’ he said. He thought the child would be too much of a financial burden. He was also jealous, saying his wife had slept with other men – what if they weren’t his children? ‘I never thought about the death penalty,’ he said.

Götti’s lawyer petitioned for mercy, but it was rejected. The 37-year-old went to the guillotine on 10 May 1865. 15,000 people flocked to today’s Limmatplatz to watch the execution. Afterwards, a journalist described ‘the woeful curiosity of the masses’ and how ‘the gruesome act of justice was carried out on an inanimate man’, because Götti fainted as he approached the scaffold, and the executioner’s men had to drag him the last few metres.

Götti was the last person to be executed in the canton of Zurich – the death penalty was abolished four years later.