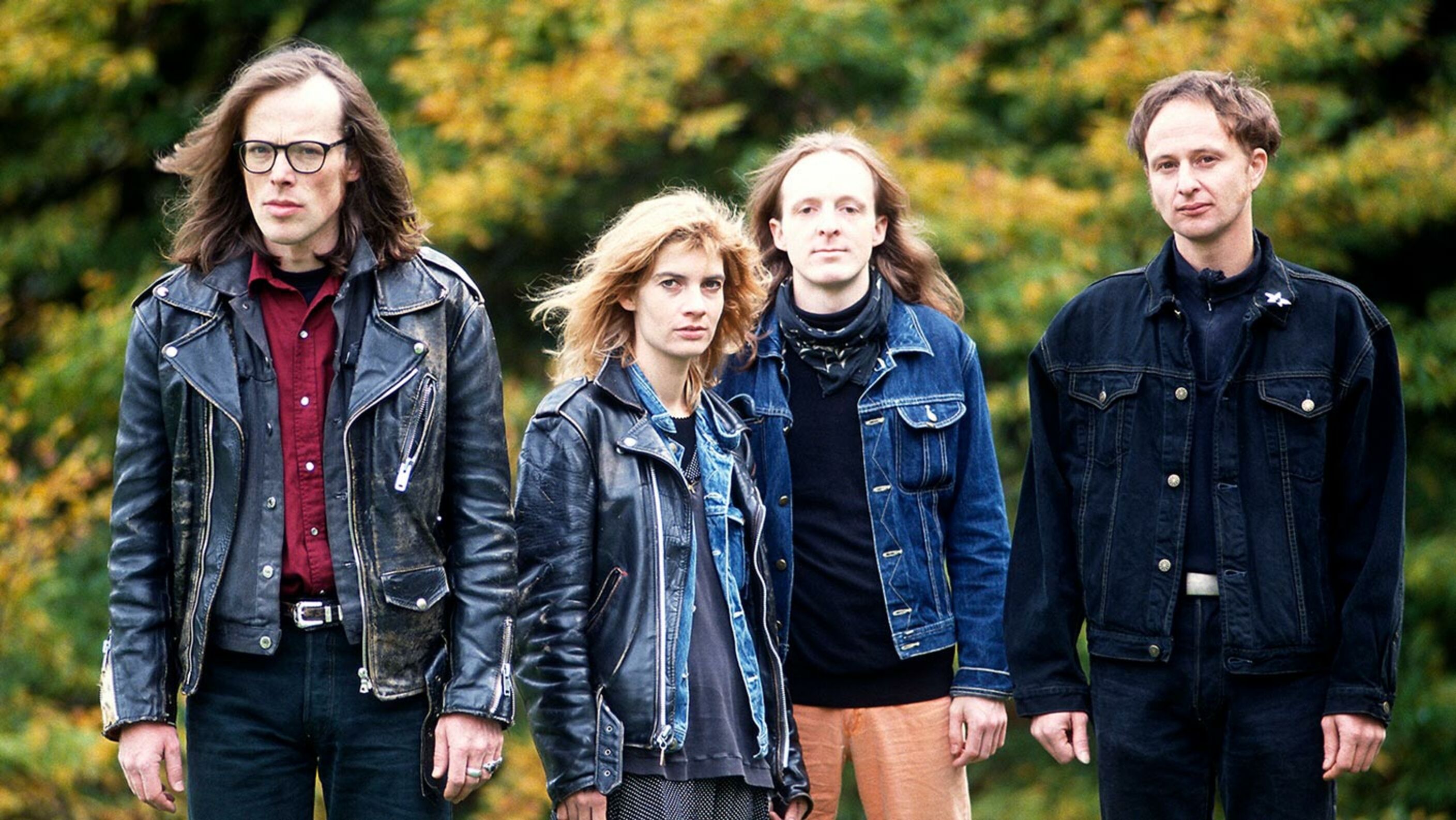 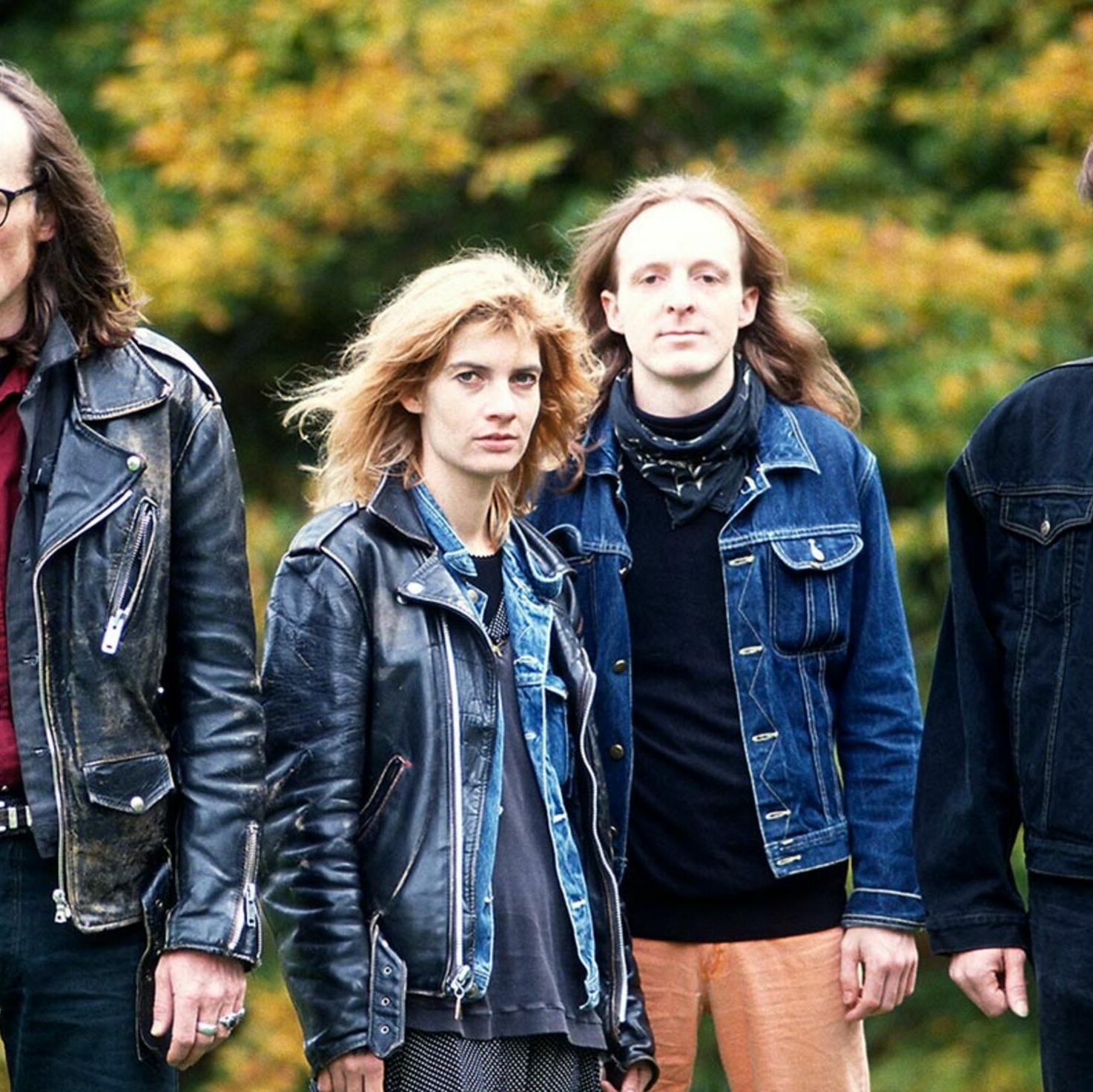 ‘I reinvented myself every day’

In the 1980s, Suzanne Zahnd was part of the underground music scene. She was a bass player, singer and spoken word artist, an author and radio presenter. Today she writes plays for theatre and radio and teaches yoga.

‘Is that you?’ I ask Suzanne when she shows me photos in a book called The Swiss Underground Music Scene of the 80’s. In one picture she has long, blonde hair, a cigarette dangling from the corner of her mouth, and is gazing down at her bass guitar. In another, her hair is short and dark, a cigarette between her fingers as she stares coolly into the camera. ‘That’s how it was then. You reinvented yourself every day.’ Make yourself hard to pigeonhole – that was the basic strategy of the post-punk era in the early 1980s. In her essay Die Konspiration der Eingeweihten [The Conspiracy of the Insiders], Suzanne sums it up as follows: ‘They were determined not to end up like the punks – sliced up, packaged into consumer-friendly portions and then marketed’. So the protagonists of the post-punk era set up their own venues, record labels and magazines in a bid to avoid being appropriated by the hostile music industry.

‘I just wanted to dive into the nightlife, make music and go to the places where my music heroes hung out.’

Suzanne is still hard to pigeonhole. From music to spoken word to theatre, she seems to have done everything – preferably all mixed up and in parallel. ‘I’m incredibly bad with dates,’ she says when I ask her to put events in chronological order. ‘With me, everything just runs together.’

She just did what she wanted to do. Born and raised in Aarau in 1961, she moved to New York as soon as the opportunity arose. What did she do there? ‘What you do when you’re 20. I just wanted to dive into the nightlife, make music and go to the places where my music heroes hung out. Back then, I was only interested in two things – sex and pop music.’

On her return to Switzerland, she continued to pursue her passion for music. She played bass and sang in various bands, including Dangermice, Eugen and Die Goldenen Zitronen, and hosted Sounds!, a radio show on DRS 3. ‘In the early days of DRS 3, we had an incredible amount of freedom. The people in charge knew very little about pop music, particularly the new kind of music that was emerging, so they basically just let us mess about. Nobody knew how to run a youth channel. But in the 1990s, with all the restructuring and people coming into management from the private sector rather than from journalism, these freedoms were successively curtailed.’

‘They slam about wearing white socks with sandals, poking fun and thinking they’re really cutting-edge, when in fact they’re just highlighting their own suburban mindset.’

Her voice was heard less and less on the radio, and it finally disappeared in 2001. But she could still be heard on stage, as a singer and spoken word artist. That same year, she won the German International Poetry Slam together with Tom Combo and Sibylle Aeberli. She still occasionally performs with the latter as a duo called The Mighty Joanies.

Like everything else, poetry slams have changed: ‘In the past, people used to perform in alternative bars and clubs, but now it’s often in big venues with expensive tickets. Audiences were also tougher than today – you really had to fight for your place on the stage,’ recalls Suzanne. ‘Poetry slams have become much more commercialised. The “cabaretisation” of the genre means performers can earn good money. Of course, that’s good for the artists. But it’s debatable how good it is for the art.’ Some of the topics addressed are now less political. ‘I call them “bike helmet problems”. They slam about wearing white socks with sandals, poking fun and thinking they’re really cutting-edge, when in fact they’re just highlighting their own suburban mindset. But there are also some great young slammers. Particularly women!’

It’s clear that political issues are still close to her heart, as demonstrated by queer and feminist poems like From Bitch to Butch, which she wrote in October at woerdz in Lucerne, where she performed on the Poetry Slam stage for the first time in many years; and the radio play Ezad & Luca (2017), which looks at the everyday lives of undocumented kids (and which earned her a nomination for Europe’s CIVIS Media Prize).

Since the late 1990s, theatre has also served as a medium for her ideas. At that time, she joined KLARA, an experimental theatre group in Basel: ‘I wasn’t actually that interested in theatre at the time. But seeing KLARA’s play Die Konsequenz des Wettbewerbs ist die Show made me want to do theatre as well.’ Since then, she has written 15 plays, most recently Remake 68, which she co-wrote with author Gerhard Meister. What she particularly likes about theatre is its immediacy and the live aspect, the fact that the content reaches the audience quickly and directly, and that things can go wrong on stage.

‘In the early 2000s, a German publisher asked me to write an article for a book about sports that people hate. Football was already taken, so I picked yoga.’

‘I’m usually doing seven things at once. Otherwise I get bored.’ She is not only active in the theatre, but also works as a writing coach at the Junge Literaturlabor (JULL), as a guest lecturer at various universities, and teaches yoga. ‘In the early 2000s, a German publisher asked me to write an article for a book about sports that people hate. Football was already taken, so I picked yoga,’ says Suzanne. She wanted to be able to slag it off properly, so she went to a class – and was amazed to discover she liked it.

‘I practise yoga every day. You have to be consistent. I like meeting new people, discovering new places, dealing with the unknown. As much as possible, I want to live without fear and keep learning and trying new things, even if I fail at them. Life is all about change.’