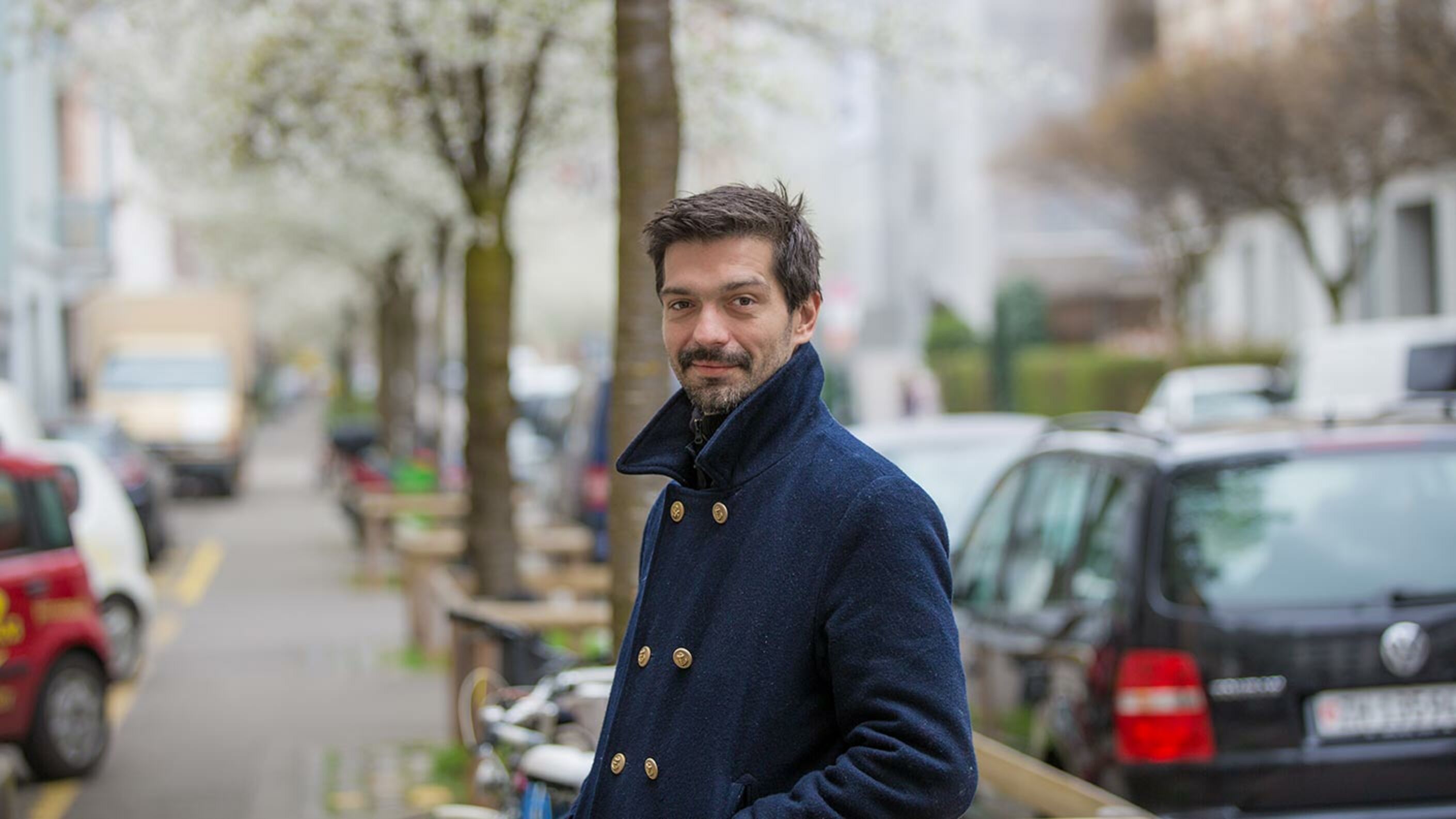 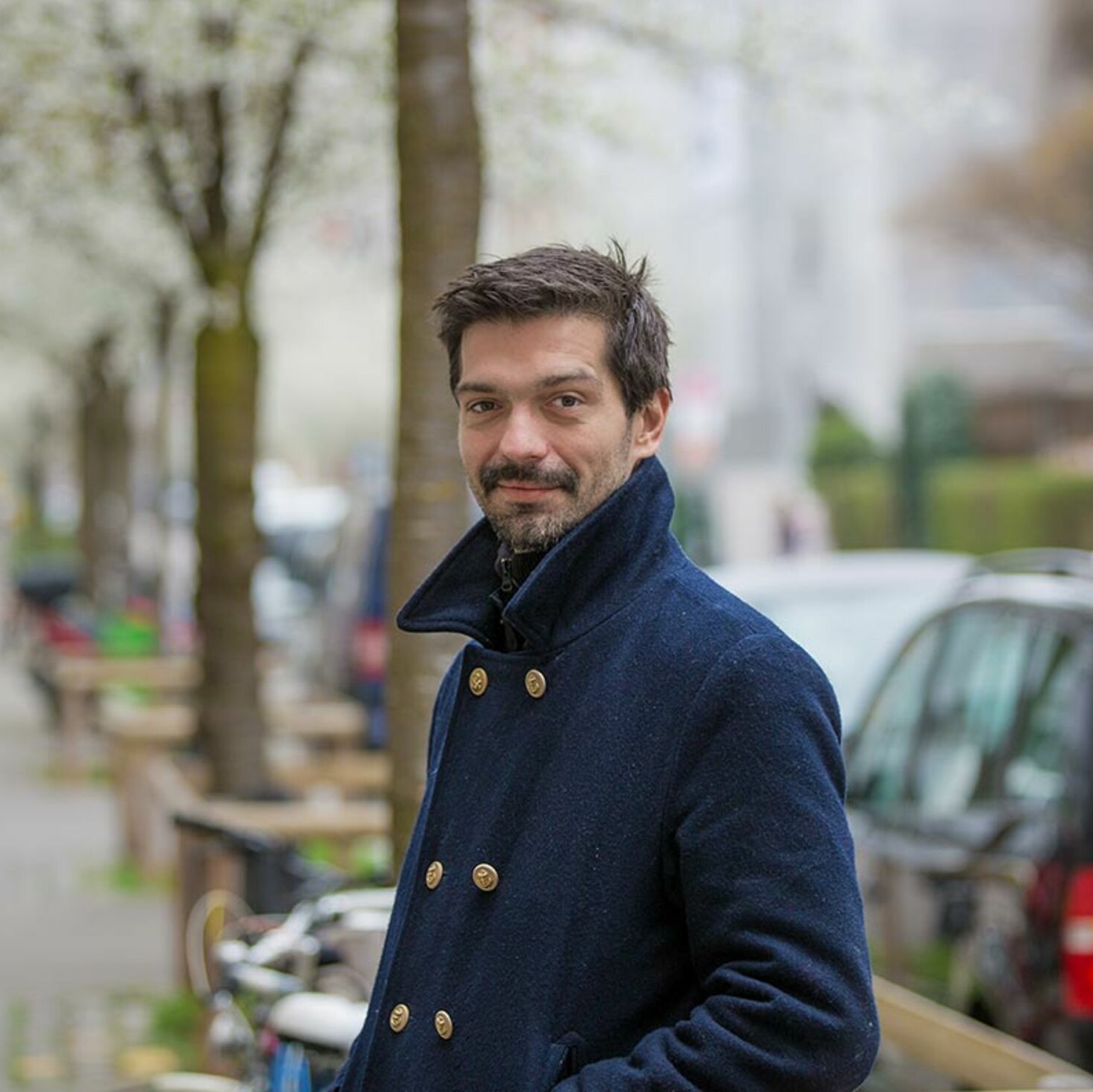 Sead Bayhan styles the hair of a diverse clientele in Zurich’s district 4, performs around the city as DJ John Doe, and introduces squatters to the art of yoga.

When you visit Sunami for the first time, the salon is a little tricky to find. In a former foundry dating back to the 1920s, it is tucked away in a courtyard that time forgot, close to bustling Kalkbreitestrasse. A simple pitched-roof building with high ceilings is home to Sead Bayhan’s salon. This bright and airy space with clean, modern furnishings has a warm, inviting feel.

Sunami has been in Zurich since 1999, but it spent its first 17 years at Köchlistrasse 29. Sead entered the profession on a whim. He says he wanted to ‘work with his hands’, so when he left school he spontaneously introduced himself to the renowned hairdresser Carlo Guidi. He had no CV, no letter of application, but Guidi was so impressed by his chutzpah that he hired Bayhan on the spot.

Sead entered the profession on a whim.

Today, Bayhan believes his training with Guidi provided the foundation for his success as a hairdresser. His teacher travelled to England in the 1960s to learn new haircutting techniques from hair design revolutionary Vidal Sassoon, the celebrity hairdresser who was later awarded the title Commander of the British Empire. Before Sassoon, hair was cut freehand in an attempt to achieve a defined shape for the hairstyle. This meant that hairstyles never lasted long, and you soon had to make another appointment at the hairdressers. This all changed when Sassoon invented geometric haircuts. Now hairstyles had a clear structure, a pattern.

‘At the time, a wave that washed over everything seemed like a fascinating image for our new company,’

Shortly after completing his apprenticeship, Bayhan set up his own company with his brother Edin: Sunami Frisuren. Sead says they just dreamed up the name. ‘In 1999, the phenomenon of tsunamis was much less well known than after the terrible catastrophes in Thailand and Sri Lanka in 2004. At the time, a wave that washed over everything seemed like a fascinating image for our new company,’Bayhan recalls. The exotic choice of name certainly didn’t hold the company back.

Sead doesn’t only cut hair but also regularly DJs around Zurich. Bayhan started doing this when a friend asked him and his girlfriend to look after the music during an interim use project at the former Stripclub St. Pauli. During the 18-month temporary arrangement, the pair organised numerous live concerts and Bayhan began to mix live tracks.

When this ended at St. Pauli, Club Gonzo opened right opposite and also wanted to book DJ John Doe – as Bayhan is known. Over the years, he has appeared in trendy clubs such as Plaza and Mascotte, at the Street Food Festival and the Christmas Village on Sechseläutenplatz.

Bayhan likes to relax by practising yoga. When he was younger he sustained a knee injury playing football. A physiotherapist advised him to take up yoga as part of his long-term rehabilitation. He stumbled upon a newspaper advert for international yoga master Leopoldo Chariarse in Spain and trained with him in Spain and Germany to become a teacher of Kashmiri yoga in the tradition of the French mystic Jean Klein.

Bayhan now runs classes in a small yoga studio and also teaches squatters in Zurich. These yoga lessons take place ‘on the beautiful but breezy’ roof of a former factory, ‘up to the end of October, if it’s warm enough.’