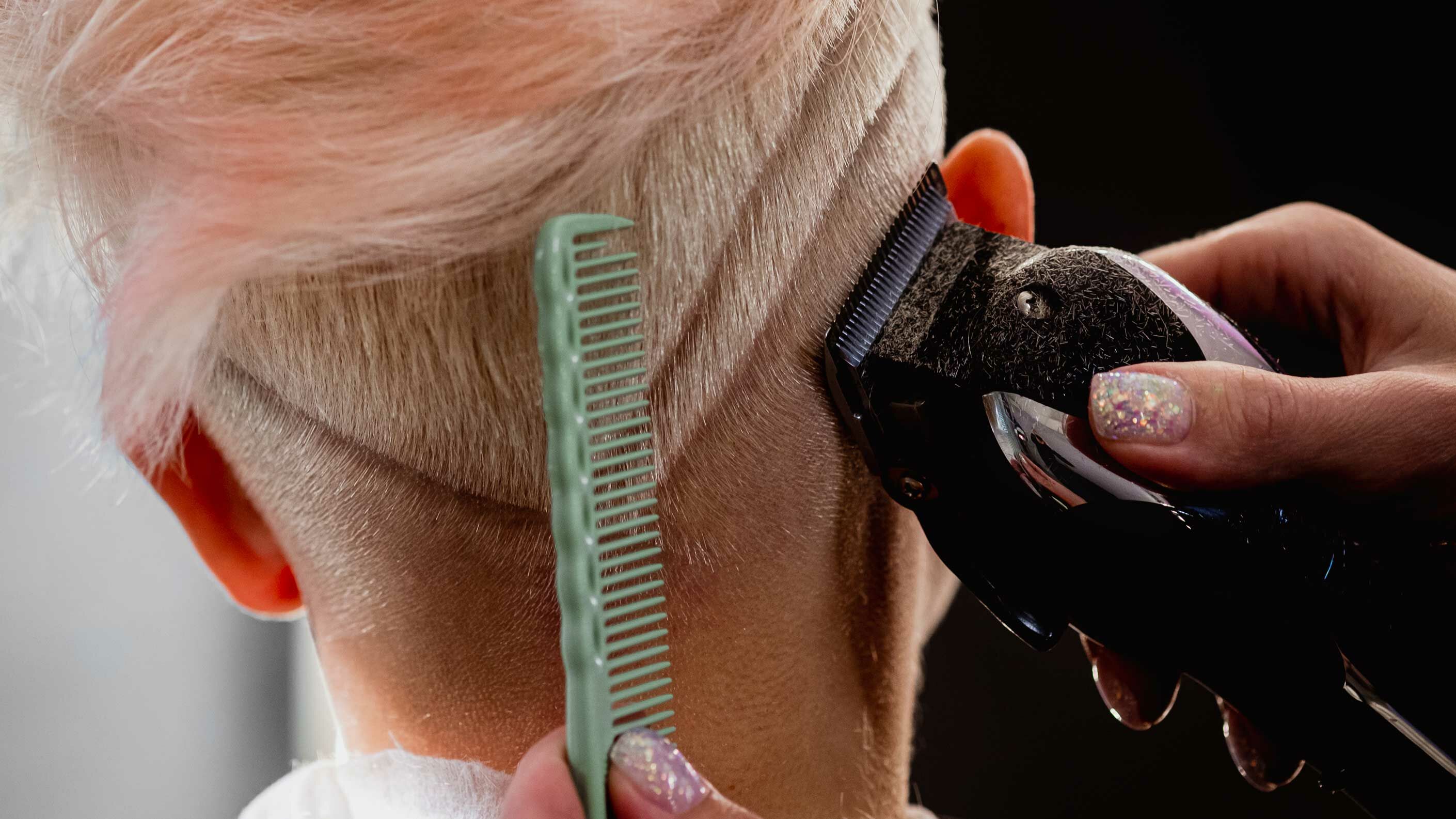 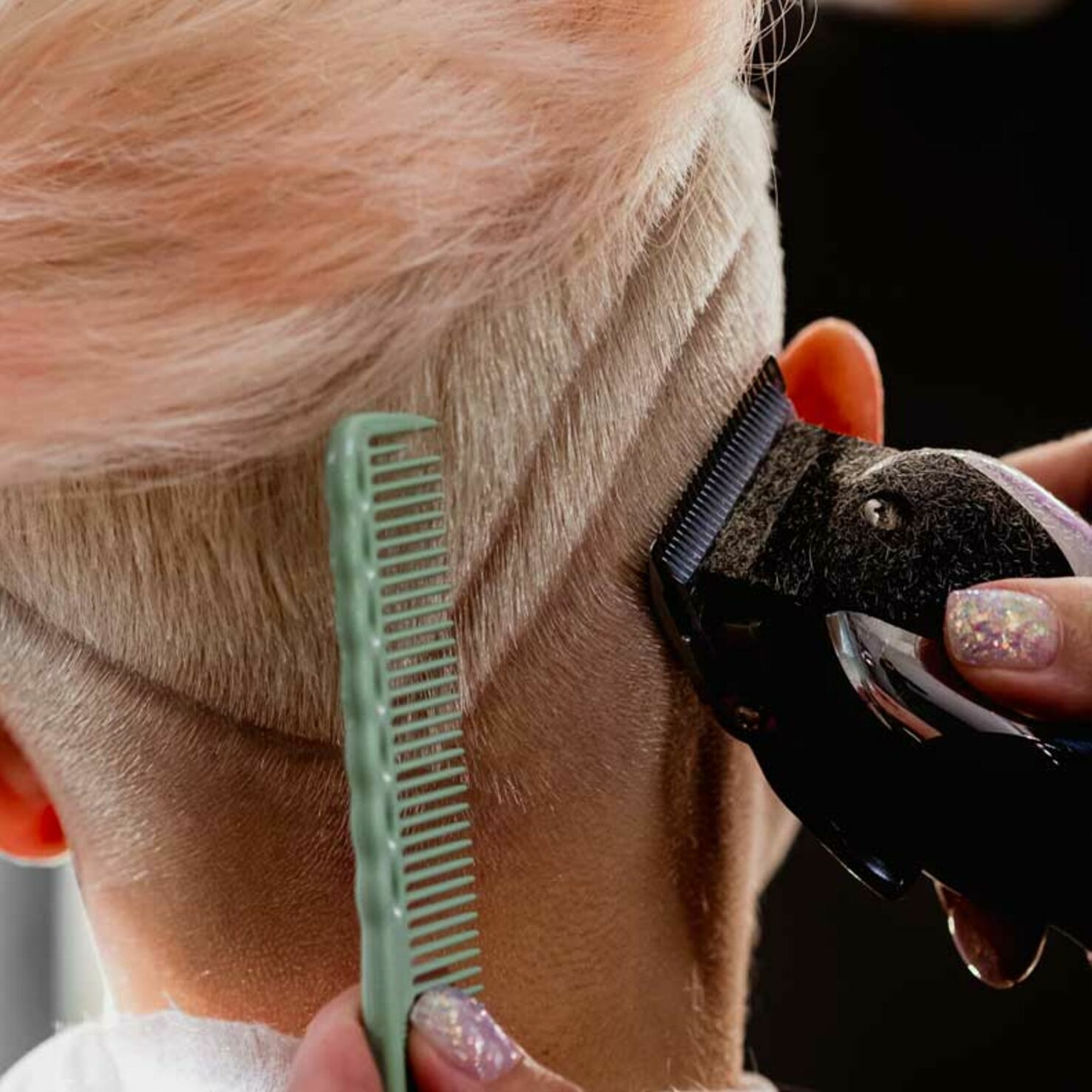 These salons are taking a queer-friendly stand

Those who don’t conform to gender norms have a hard time in hair salons. These difficulties start with the prices: women pay more than men. However, there are other ways in which salons can become queer-friendly. Some of Zurich’s hairdressers are tackling this challenge head-on.

Imagine the following situation: Ben, 19, has recently moved out of his parents’ house. Ben started to realise that he was a boy – not a girl as everyone had always thought – two years ago. Ben is a trans man. However, his parents had always forbidden him from having short hair. Now, having recently moved out, Ben is visiting a hairdresser. ‘Hi, may I take your coat, Madam?’ the hairdresser asks politely. When it comes to choosing a hairstyle, she hands Ben a brochure of women’s hairstyles. He indicates that he wants short hair and points to a simple men’s haircut on a poster, but she still leaves some parts of his hair long. Ben is paying more than he can afford; as he glances at the price list, he sees he is being charged the women’s price. As he leaves the salon, he knows that he won’t be returning to that hairdresser any time soon.

It’s a common story. Trans people like Ben, as well as others who don’t visually conform to traditional ideas of masculinity and femininity, are among those paying more.

Hair salons perpetuate these gender stereotypes with their prices, among other things. In most places, price lists differ between men and women, with women’s prices being more expensive. In Zurich, women usually pay at least 20 Swiss francs more.

‘This distinction made sense in the past,’ says Simone Rigliaco from Liquid Hairsalon. ‘Men had simpler haircuts and women went to the hairdresser every week to get more varied hairstyles.’ Fashion and hairstyles have become more diverse, according to the young hairdresser. He noticed a hair salon that had gender-neutral prices when he was working in London for a short time. He wondered why we have gender-specific prices. ‘I want to be paid for my work, not for the gender of the person whose hair I’m cutting.’ In winter 2020, Rigliaco opened Liquid, his hair salon, in Zurich’s Idaplatz with a gender-neutral price list. ‘It’s not just the price list that matters, it’s the message behind it. Everyone is welcome here; you can be yourself without being judged.’ The concept, which is still rare in Zurich, delighted many, and was particularly well received in the queer community. Rigliaco and his colleague Lissa Hauri, were criticised and praised in equal measure.

In June 2020 the Feministisches Streikhaus collective for women and the queer community in Zurich’s district 5 set up the ‘Soli-Friseurin’ project alongside its commercial services. Every Friday afternoon, Salo Asencio and Carolina Peña cut people’s hair there. At first, this service was just offered to migrant women – the two themselves being from Chile – then later it opened up to women, children, and non-binary people (those who don’t identify as women or men). ‘Most hair salons are binary, heteronormative and sexist,’ say the two who are running the initiative.

‘It’s ridiculously expensive to get your hair cut in Switzerland.’

‘Lots of people feel uncomfortable in traditional salons because they don’t conform to current beauty standards. Gender assumptions are often made on the basis of norms. We aim to be different.’ There’s another aspect that also plays a role for the couple. ‘It’s ridiculously expensive to get your hair cut in Switzerland. Many people don’t have access to this service due to their financial situation.’ The fact that women have to pay more than men is another absurdity. ‘Having your hair cut shouldn’t be a privilege.’ This is why the Soli hairdressers let customers choose how much they pay for the service.

Organisations like the Transgender Network Switzerland (TGNS) also welcome this step toward gender-neutral prices. ‘Prices should be broken down based on service, duration and hair length, not by gender,’ Janna Kraus, TGNS’ media manager, confirms. She lists additional steps that hair salons can take to become gender-neutral and open to all sexes: salons can teach their employees about tackling sexism, heteronormativity, and transphobia. Displays and brochures with hairstyle inspiration can be arranged in many different ways within the salon. ‘Salons can show their willingness to learn through feedback,’ Kraus suggests. ‘It’s best to ask openly rather than shy away from potentially awkward situations.’ In these circumstances, a business can show that it’s a queer-friendly place, either online or at its entrance, for example, and go further than a gender-neutral price list.

These are our favourite shops in district 5

These are our favourite places in Kreis 6

These are our favourite places in Seefeld

Everything for the start of school