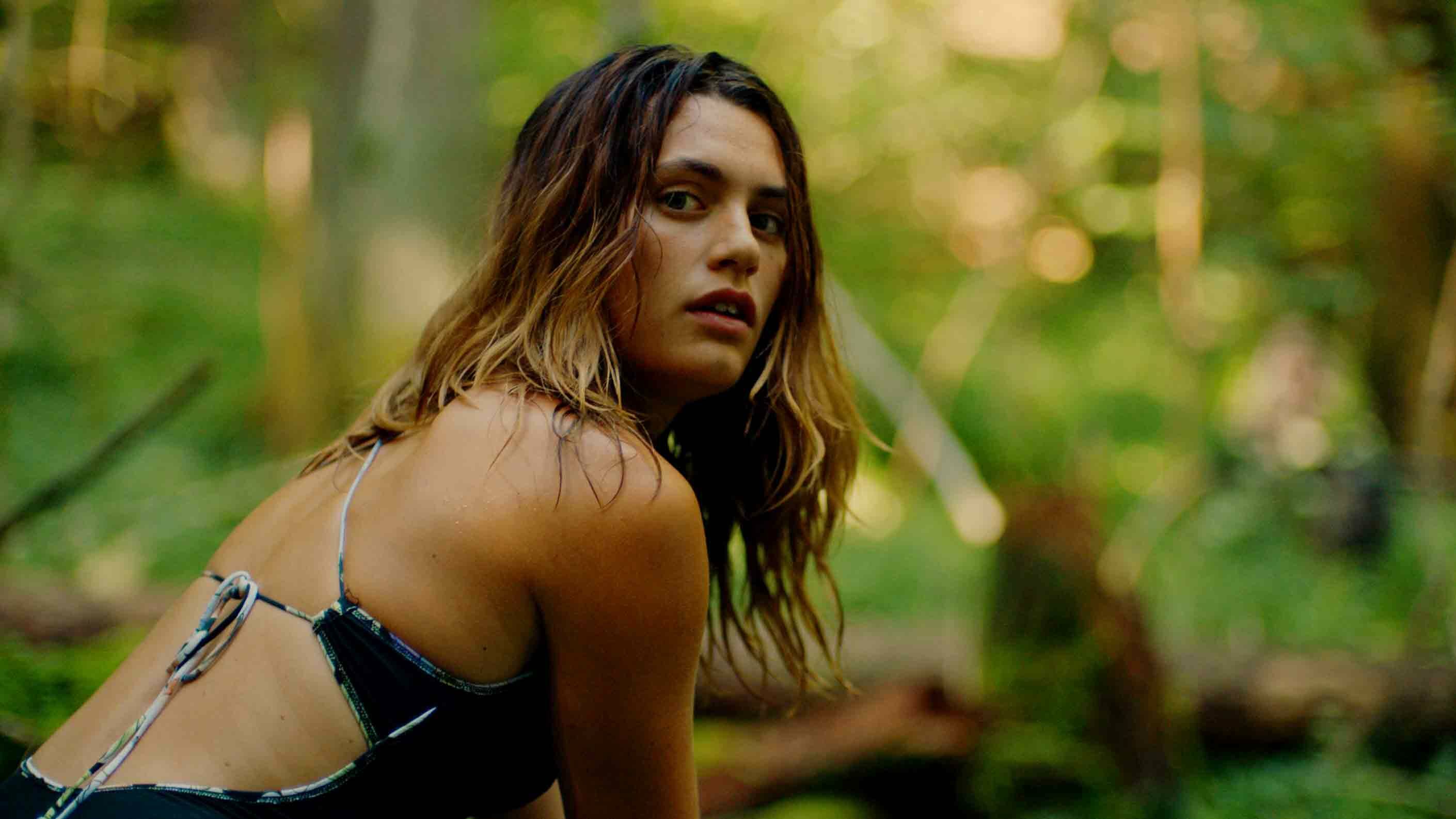 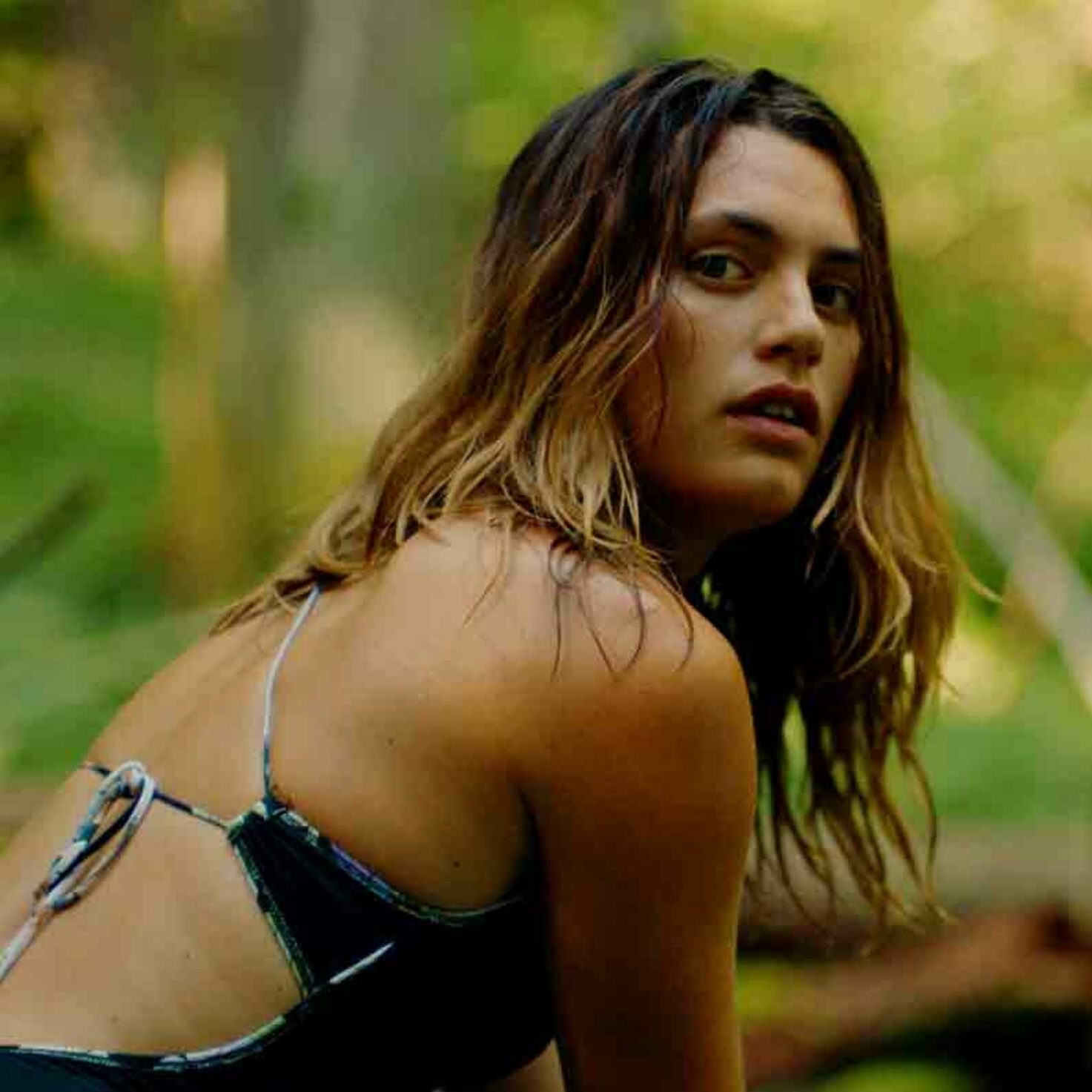 In her new film Soul of a Beast, Zurich actress Ella Rumpf is stuck in a love triangle. The film was awarded the Prize of the Ecumenical Jury at the Locarno Film Festival, which ended last Saturday.

‘I was so captivated by the story that I could hardly stop reading. I got totally swept up in it,’ Ella Rumpf recalls, her eyes shining. The script she is talking about has since been made into a film, which premiered in Locarno and was shortlisted for the festival’s Concorso Internazionale award category. Soul of a Beast by director and screenwriter Lorenz Merz got a special mention by the jury for the international category at the end of the festival and was chosen as the winning film by another panel, the Ecumenical Jury. The prize is worth 20,000 Swiss francs and is provided by the Protestant Church and the Roman Catholic Church of Switzerland.

Right here and now, anything is possible.

In the film, Ella Rumpf plays Corey, who falls in love with her boyfriend’s best friend – Gabriel, a teenage father – in a delirious summer rush. The latter is played by newcomer Pablo Caprez, who, like Merz and Rumpf, has Zurich roots. But that’s not the only connection to the city on the Limmat. In his second feature film, Merz portrays the city in a way that perhaps no one has ever seen before on the big screen: as wild and intoxicating, a truly untamed beast. From the bustling Langstrasse district to the bubbling fountain on the lake to the Kalkbreite cooperative, the Binz quarter or night-time at the Zurich Zoo – the neon-lit city is brimming with energy. The film reflects the attitude to life of a young generation with a categorical awareness – as Corey says in one scene – that there is no time and anything is possible.

For the 26-year-old actress, it must have been a special experience to film in her hometown again. She probably used to visit the same hotspots shown in the film. The daughter of a Swiss physiotherapist and a French lecturer, Ella Rumpf was born in Paris in 1995. Her parents met at the Sorbonne. Ella was raised bilingually in the Oberstrass district. Her career didn’t start out on a linear course: she struggled at school, and a psychiatrist diagnosed her with attention deficit disorder. Her parents decided to send her to the Rudolf Steiner Atelierschule secondary school in Zurich, where she blossomed and discovered her love for acting.

At the age of 14, Ella signed up with Zurich-based casting agent Corinna Glaus, who’d had success turning other young actors into film stars. She got her first minor role in a feature film at 16, and just two years later – right after graduating – she got a bigger part in Simon Jaquemet’s Chrieg (War). In it she portrays troubled teenager Ali, a girl with a shaved head who is sent off to a boot camp in the Swiss Alps. But the plan backfires and the teenagers take over the mountain. Her first major role earned her instant recognition and she was nominated for Best Supporting Actress at the Swiss Film Awards.

‘The film has a firm grip on reality and at the same time you get lost in dreamlike scenes.’

Roles as a cannibal sister in Raw (2016) and as a self-confident, feisty Amazon in Tiger Girl (2017) followed. Most recently in 2020, Ella played the medium Fleur Salomé in the miniseries Freud, which can be seen on Netflix. She portrays all her characters with tremendous charisma and a seemingly inexhaustible amount of energy and power. For Soul of a Beast, she says, she didn’t prepare in the way that she normally does – opting to act more intuitively, ‘feeding off things and letting life happen’. The film has a seriousness and a firm grip on reality, and at the same time you get lost in the dreamlike scenes, she says. Soul of a Beast is full of heart and soul. Just like Ella Rumpf.