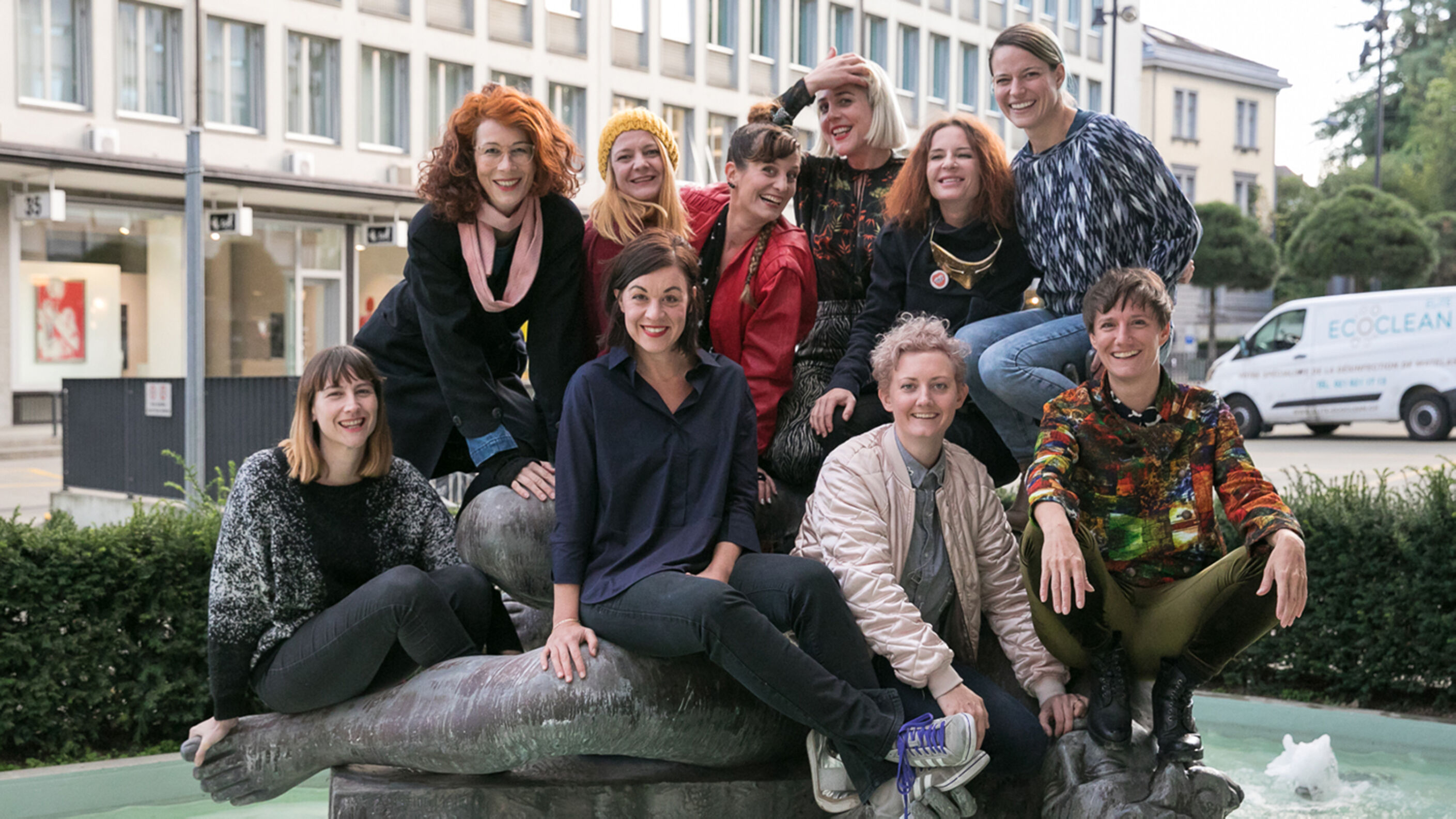 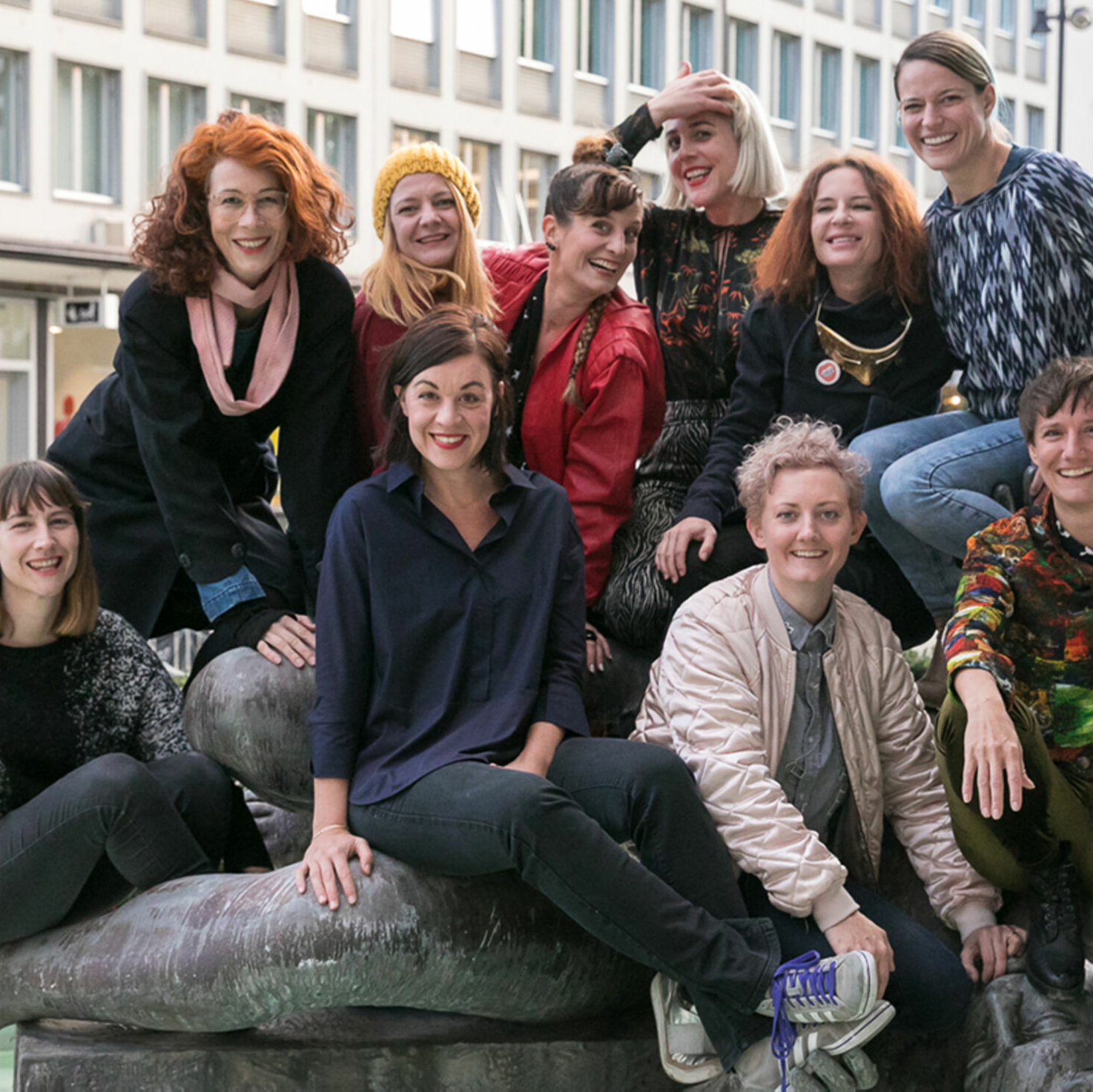 ‘It’s all about love and women’

Les Belles de Nuit provides women with support and networking opportunities in the arts and music scene. We talked to founder Nathalie Brunner about the association’s beginnings and what it does – and asked her why she has organised the Sexual Healing party in conjunction with the Porny Days film festival.

With Les Belles de Nuit, you are working for greater diversity and equality in nightlife. How did you come up with the name?
Les Belles de Nuit – Beauties of the Night – is a film from the 1950s. Our founding member Anne Rubin suggested we take the name because it fits well with our aims. It’s not about appearance, but about the aesthetic – and above all about love and women.

‘So when my friends started DJing, I just went along with it. I didn’t care what anybody else thought.’

You set up the association five years ago. What was your motivation?
We made several trips to Istanbul before 2013. We found that the nightlife there was still completely male-dominated. Women were often not taken seriously or were afraid of the technology. We wanted to change that, so in 2013 we travelled there with a group of strong women and organised the first LBDN festival. We also put on workshops and a DJ course.

Then what?
Just a short while later, riots broke out in Gezi Park. A lot of people had to hide away in their homes, including some of our friends. During this time, some of the women who had attended the workshop used music as a distraction. By the time we held the second festival, half of the line-up consisted of Turkish women. They had finally stepped out of the shadows.

And how are things in Zurich?
Whenever women compliment me on my performances as DJ Playlove, I always ask if they would like to DJ too – after all, they seem to be interested in music and nightlife. But they often reply: ‘No, I’d rather be on the dance floor.’

Does that frustrate you?
No. I know things are starting to change. That’s not only down to our Les Belles de Nuit programmes. There are also other courses where women can learn to produce and play music, such as at Helvetiarockt and the School Of Sound. There are also more and more female role models and a greater awareness in the scene.

You’ve been DJing since you were 19. Did you have any inhibitions at first?
No, but I’m not normal! I’ve always done things that were supposedly reserved for boys and men. Instead of playing with Barbies I played with Masters of The Universe figures, and I learned to play the drums rather than the piano. So when my friends started DJing, I just went along with it. I didn’t care what anybody else thought. After all, my life was supposed to be fun. Nowadays I notice that more women have that mindset. More and more female DJs are confidently building their careers without questioning themselves.

You have now started working with the Porny Days film festival. How did that come about?
Both organisations were founded in 2013 – so we’re the same age and have always been close friends. We also both have the aim of making the world a more open and respectful place. Les Belles de Nuit is particularly keen that gender and sexual orientation should never play a role. Together with Porny Days we have compiled a varied programme of workshops, performances and music.

‘Together with Porny Days we have compiled a varied programme of workshops, performances and music.’

You have organised a joint party called Sexual Healing.
This is also the name of the two dance floors. The Healing Floor features house music and special live acts. It’s meant to have a warm, bright feel. The Sexual Floor will open up with a performance by Jaguar on The Moon. This will be followed by futuristic hip hop and techno, but also some live acts.

The motto is ‘dress up or dress less’. You’re not afraid of scaring people off?
No. Life requires us to be a little bold, don’t you think? We want to create a safe zone where people can express themselves – so they can dress up if they want but they don’t have to. We just want everyone to feel free.

The Sexual Healing party kicks off at 10 pm on Saturday, 24 November. The programme includes Jamira Estrada, Hroski, Jaguar on the Moon and other acts. For more details visit Eventfrog.