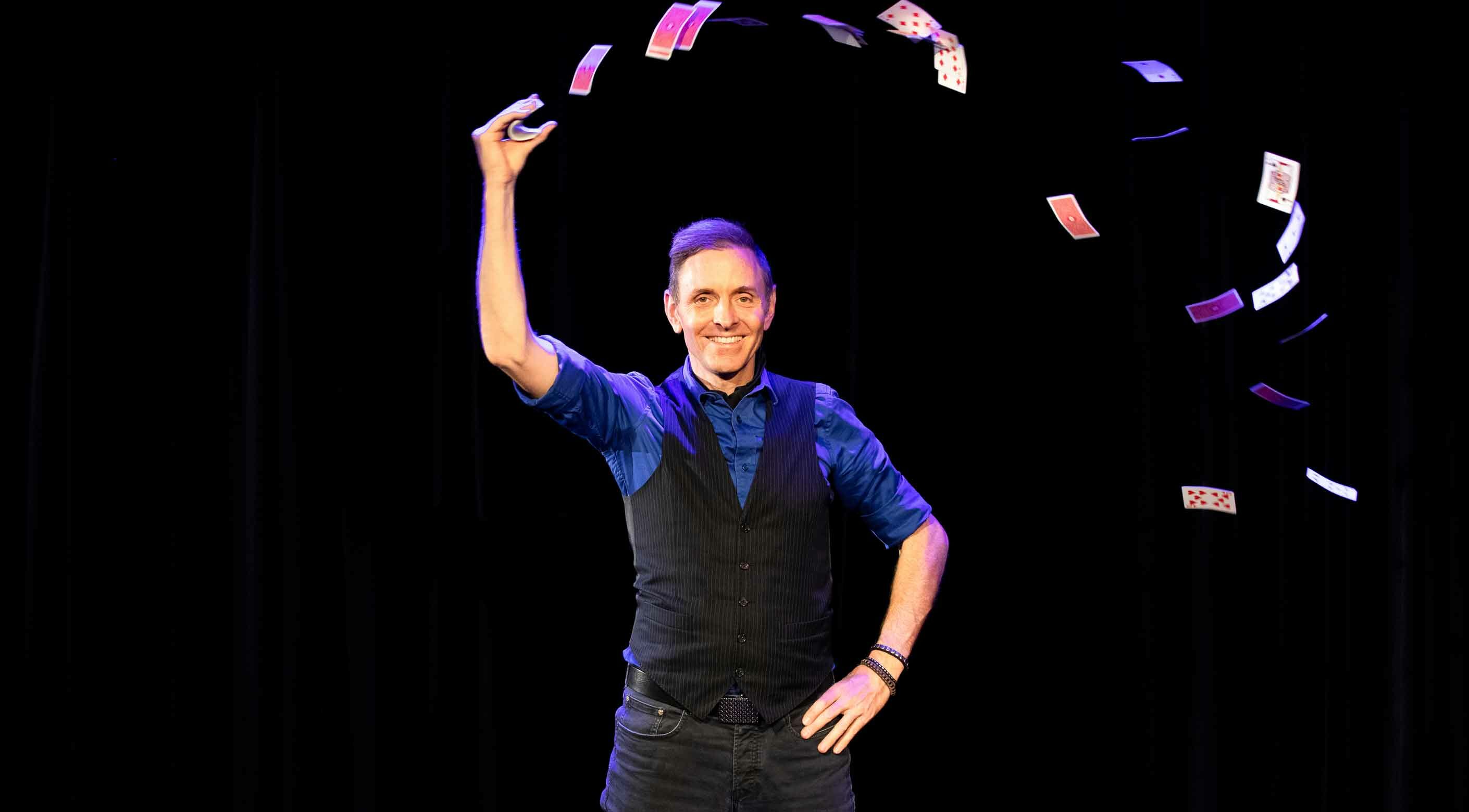 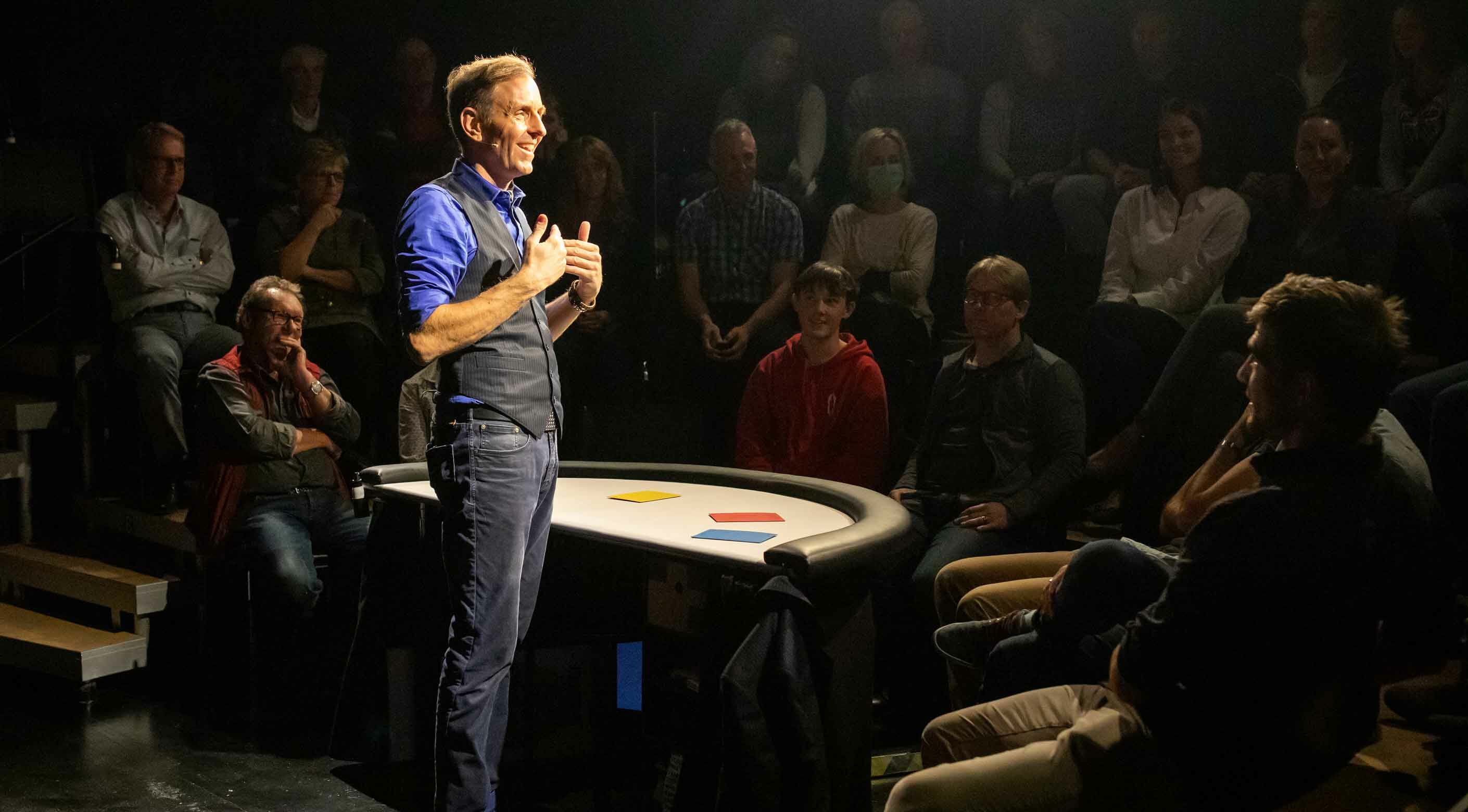 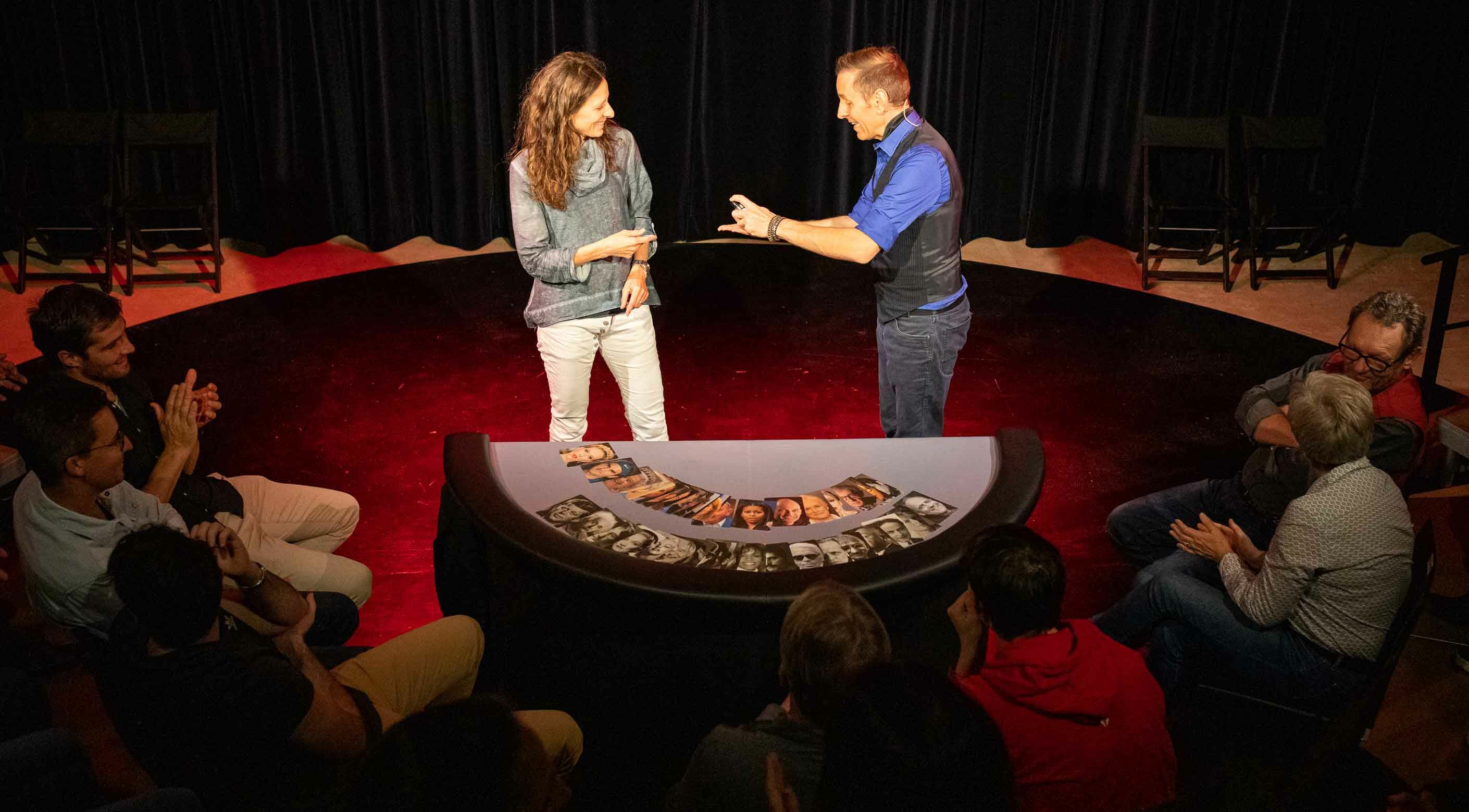 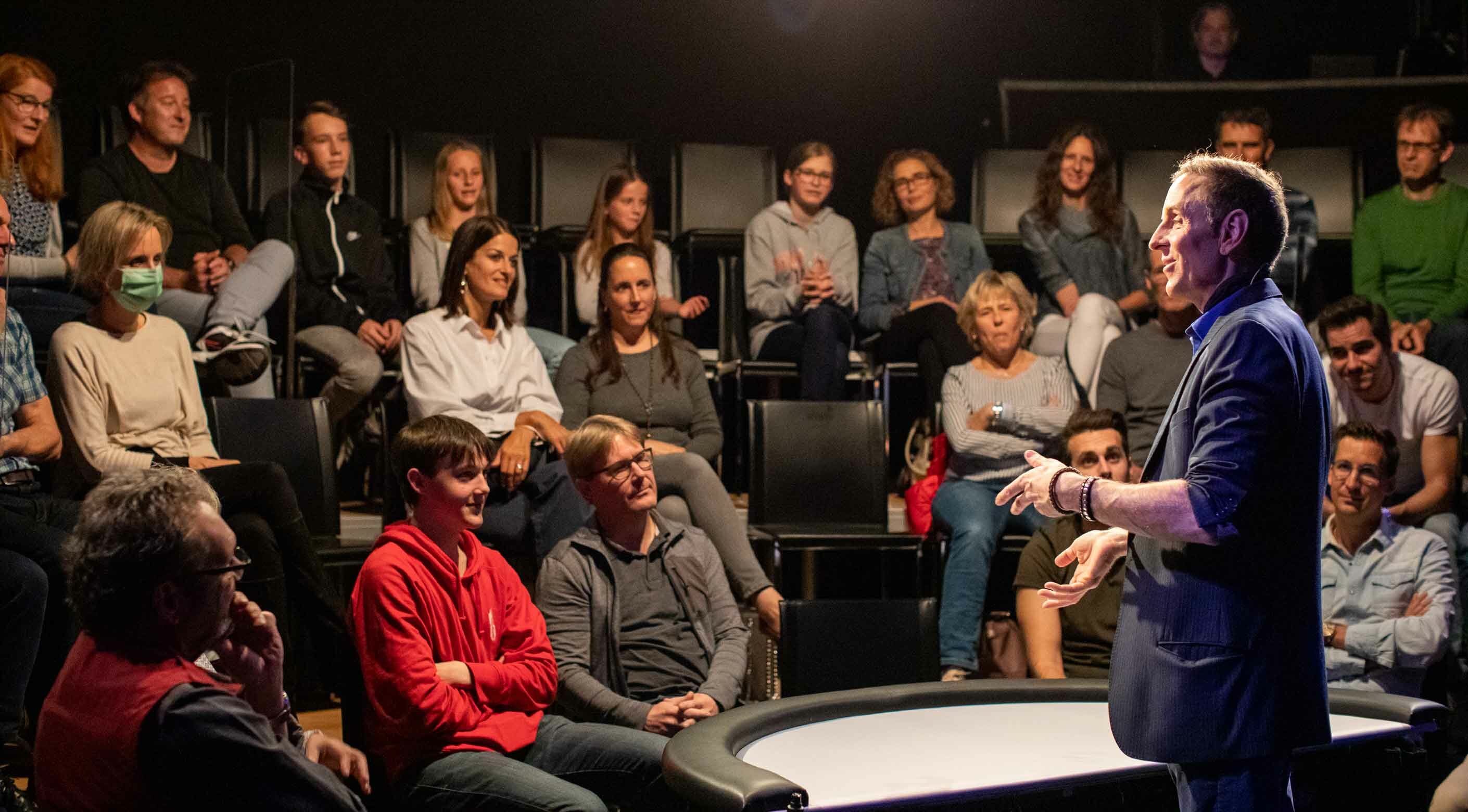 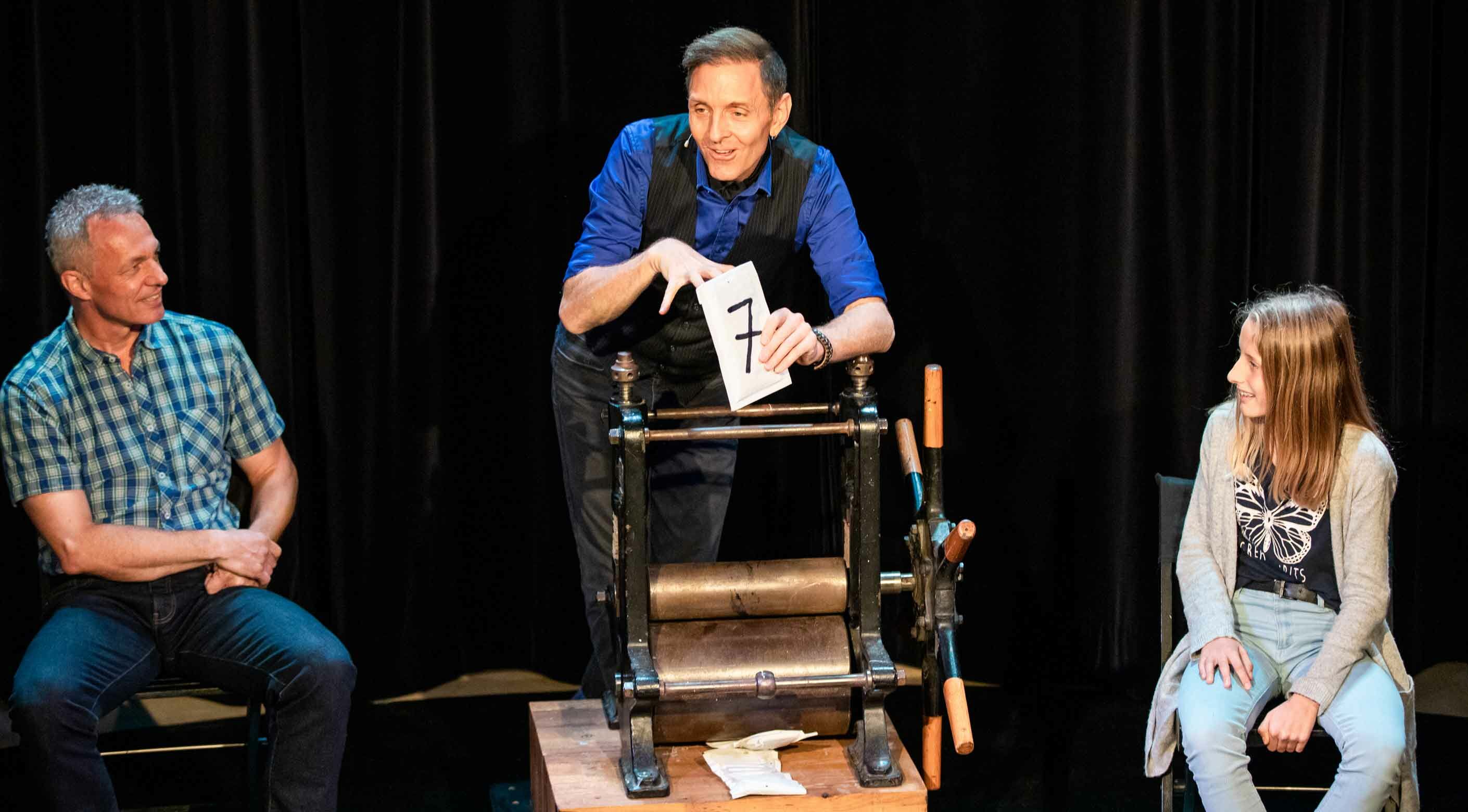 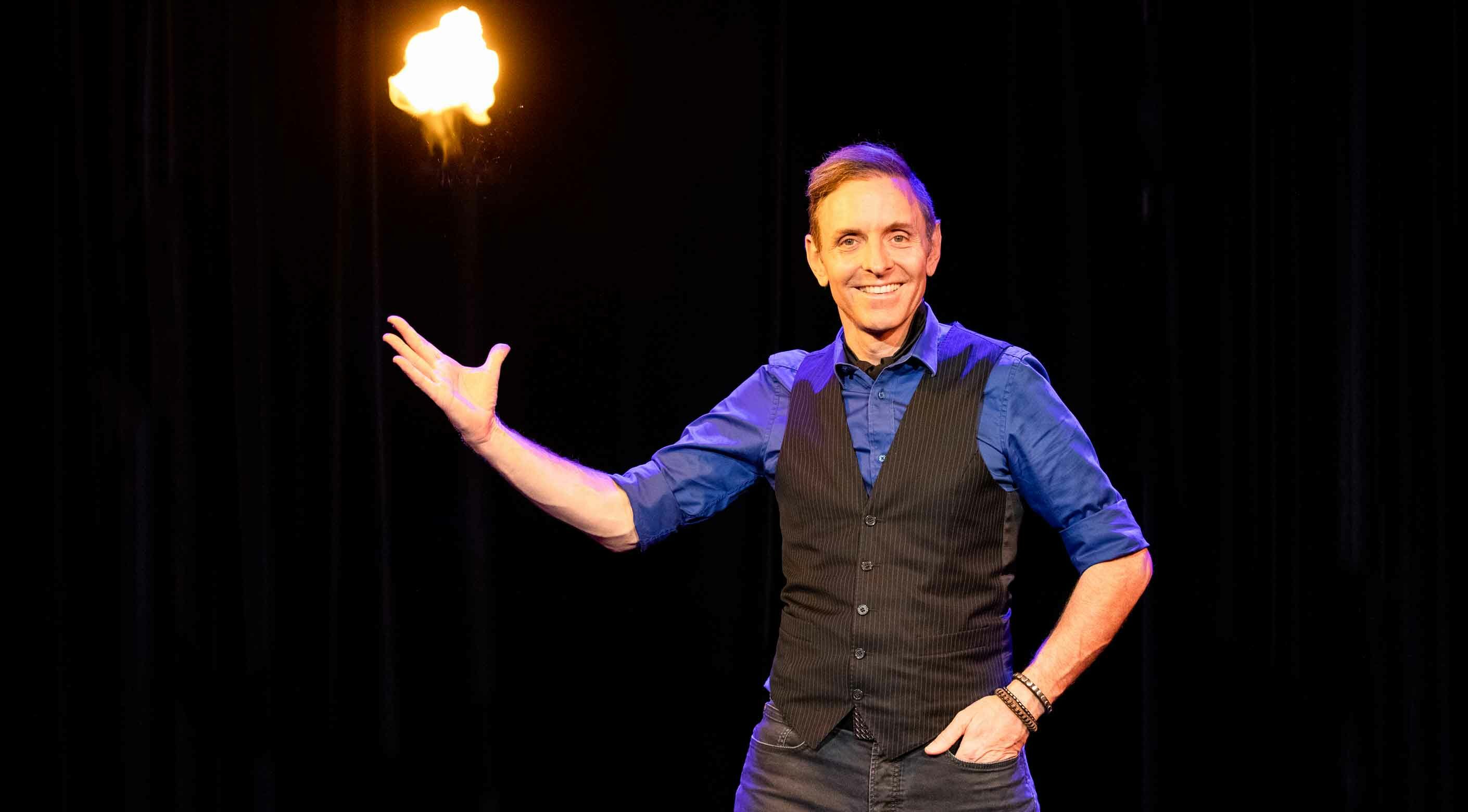 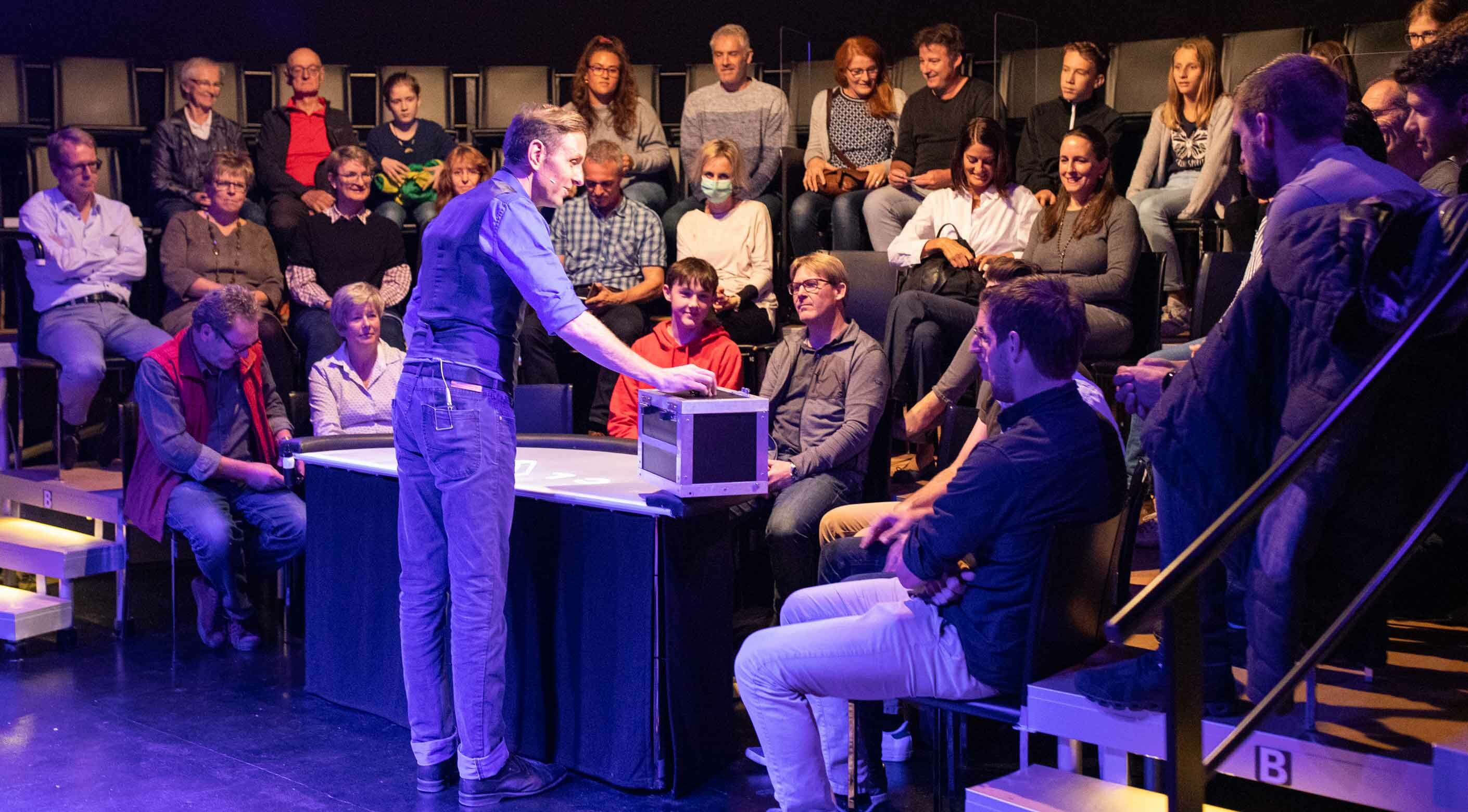 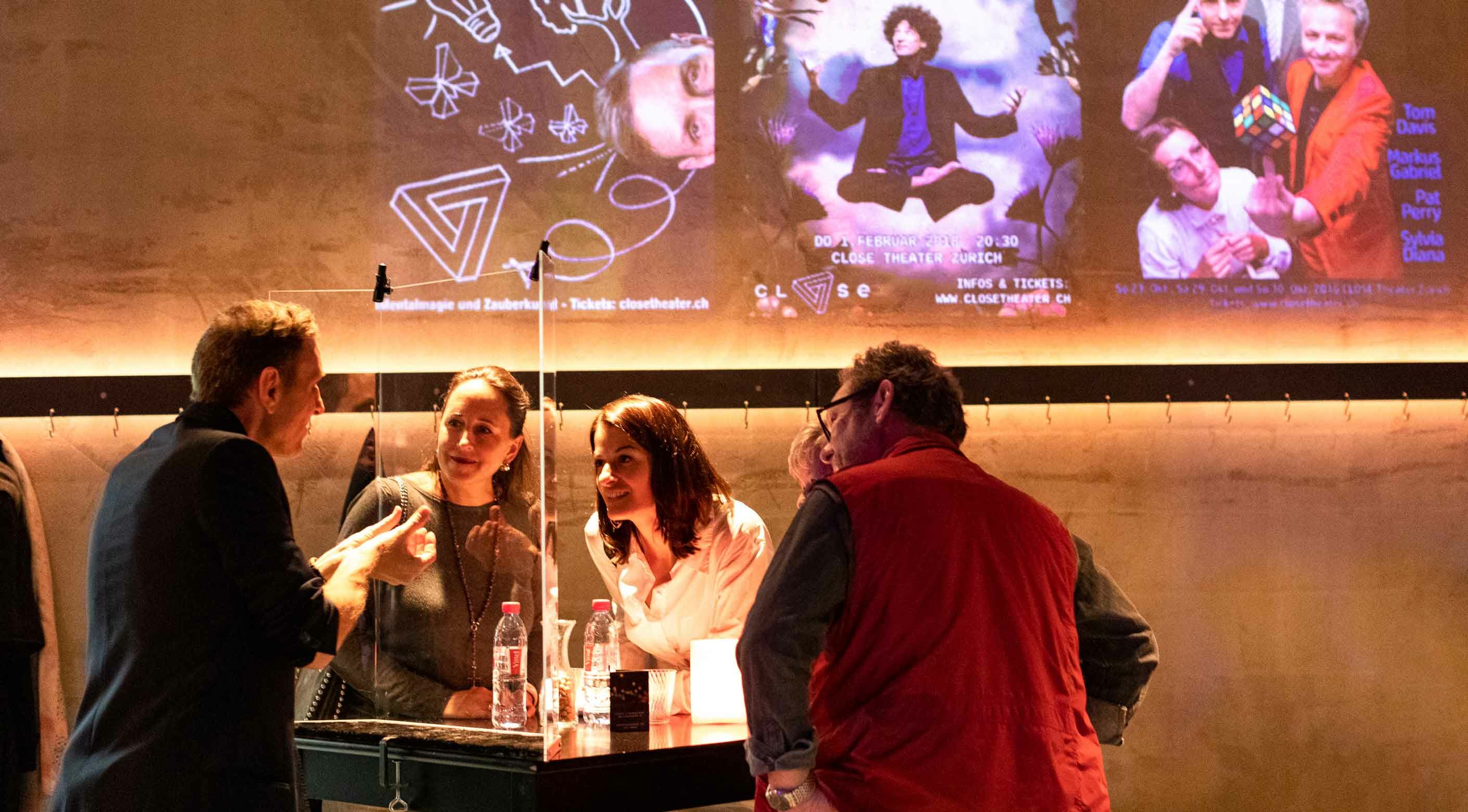 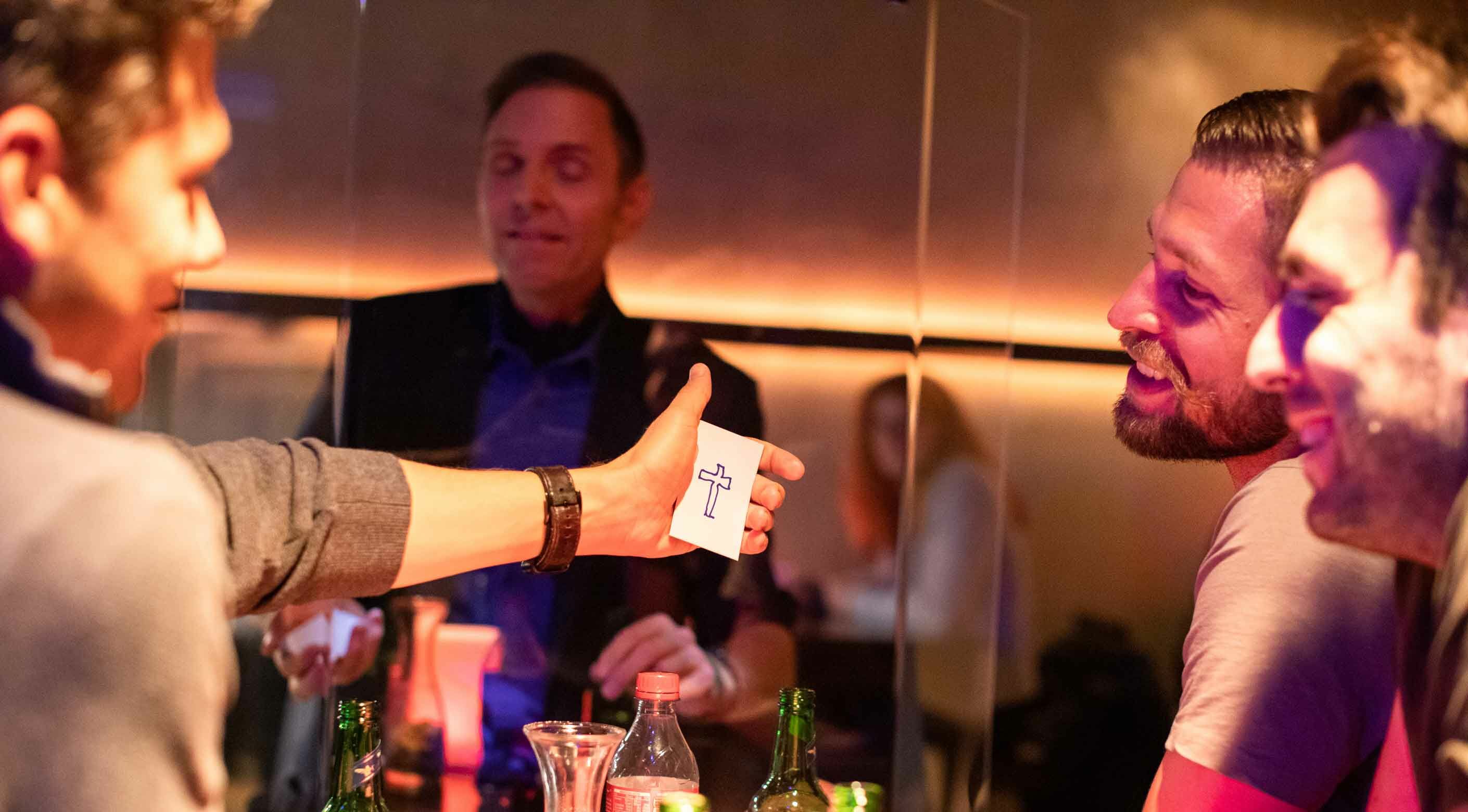 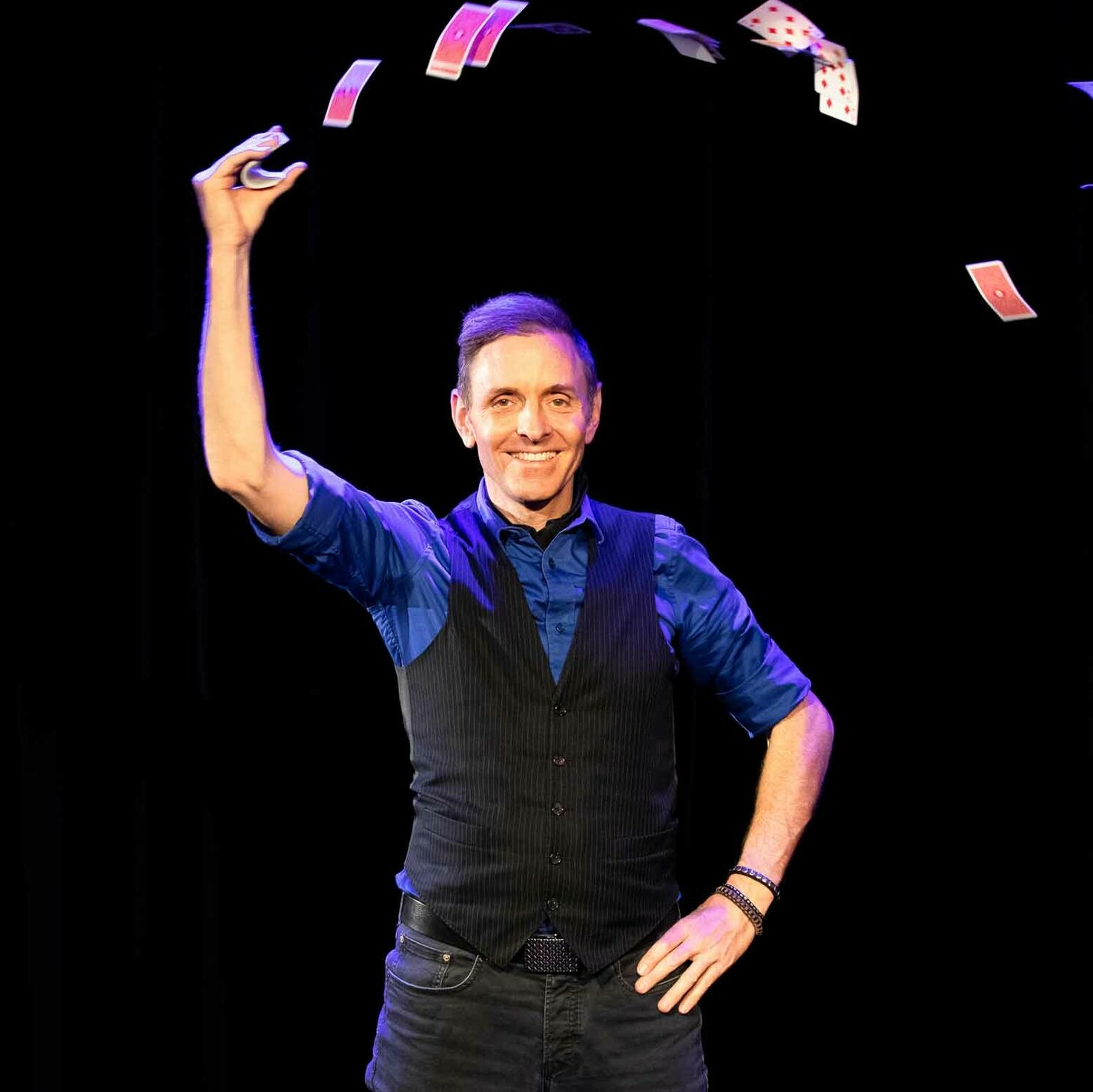 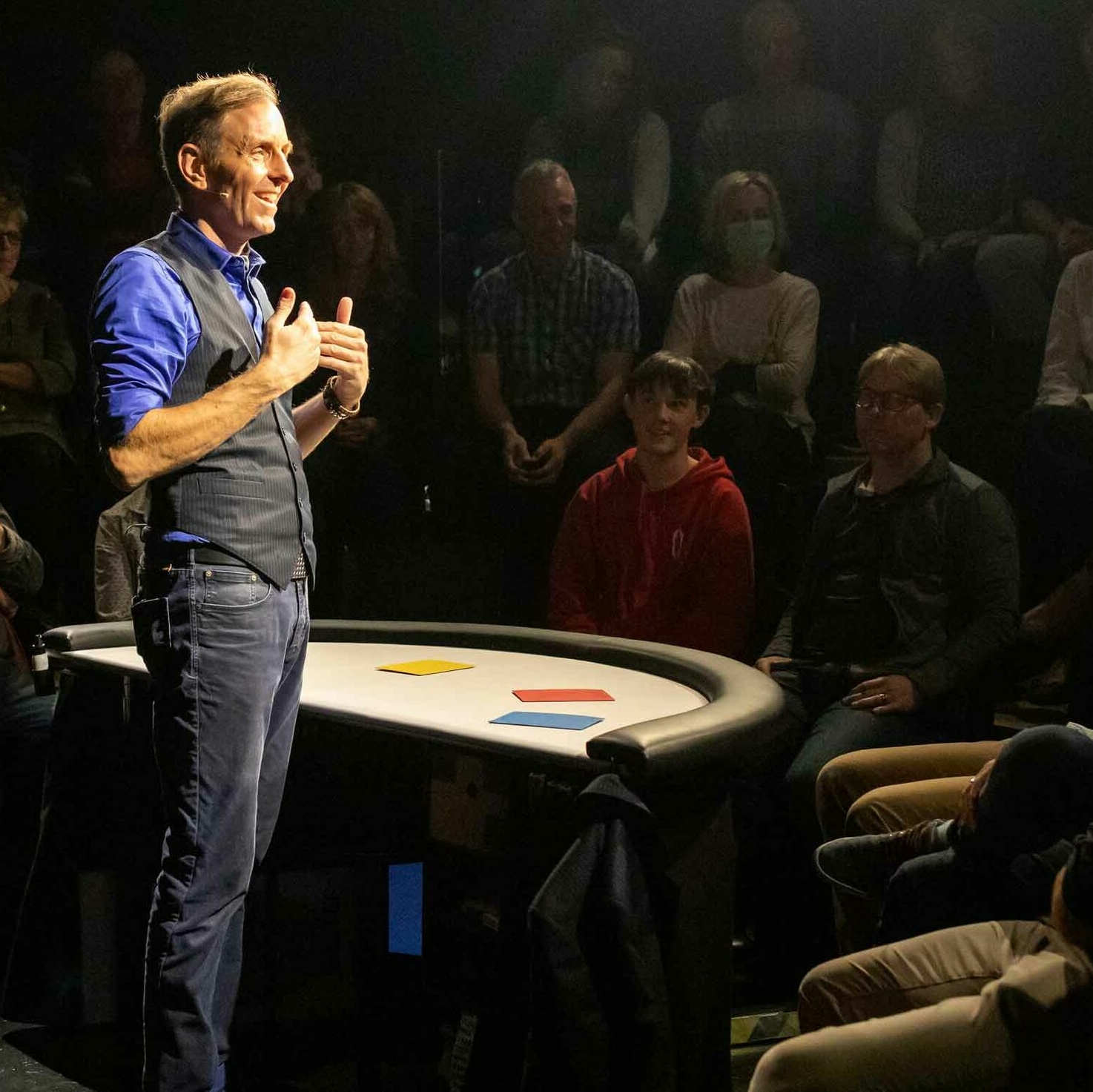 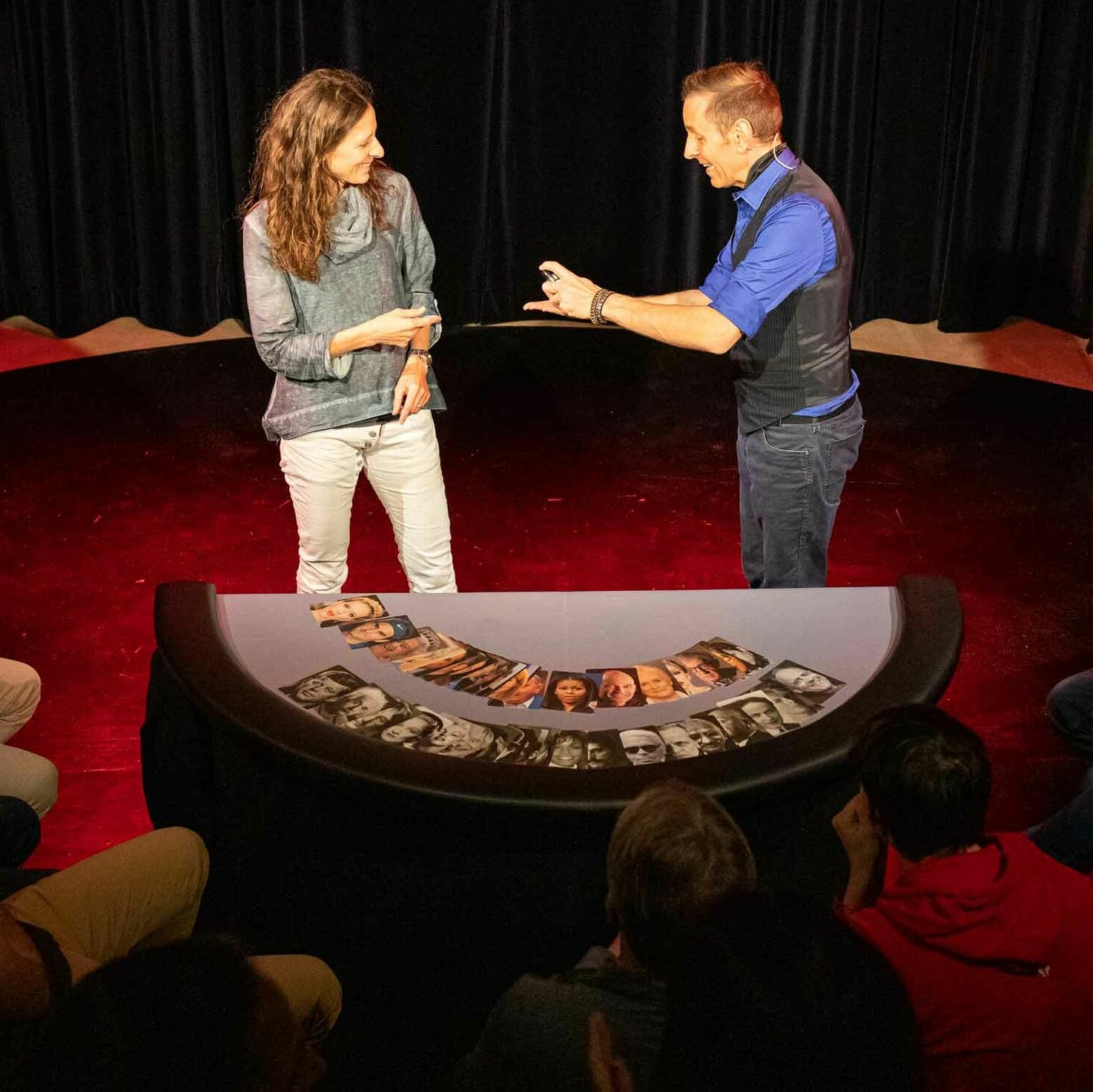 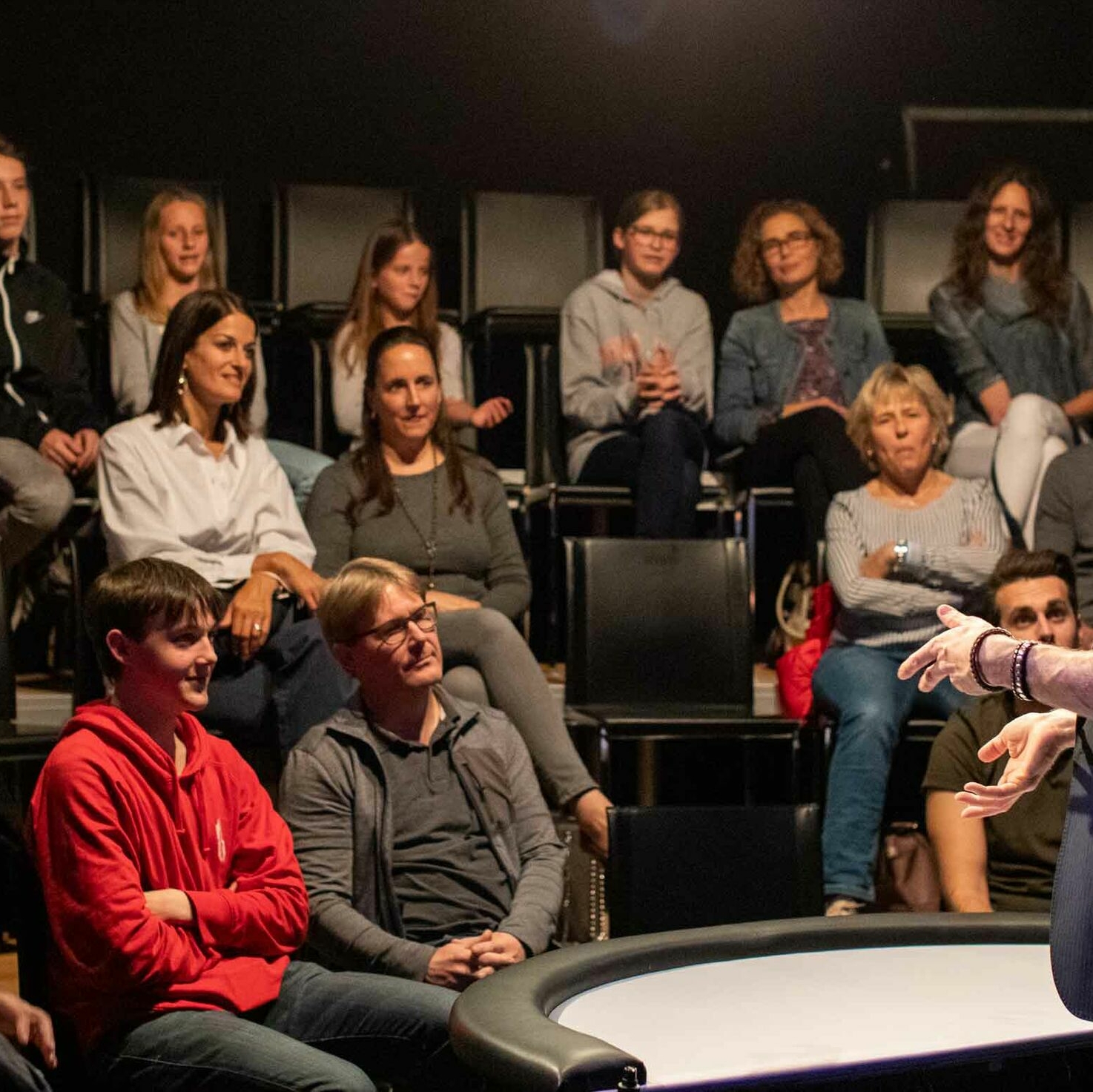 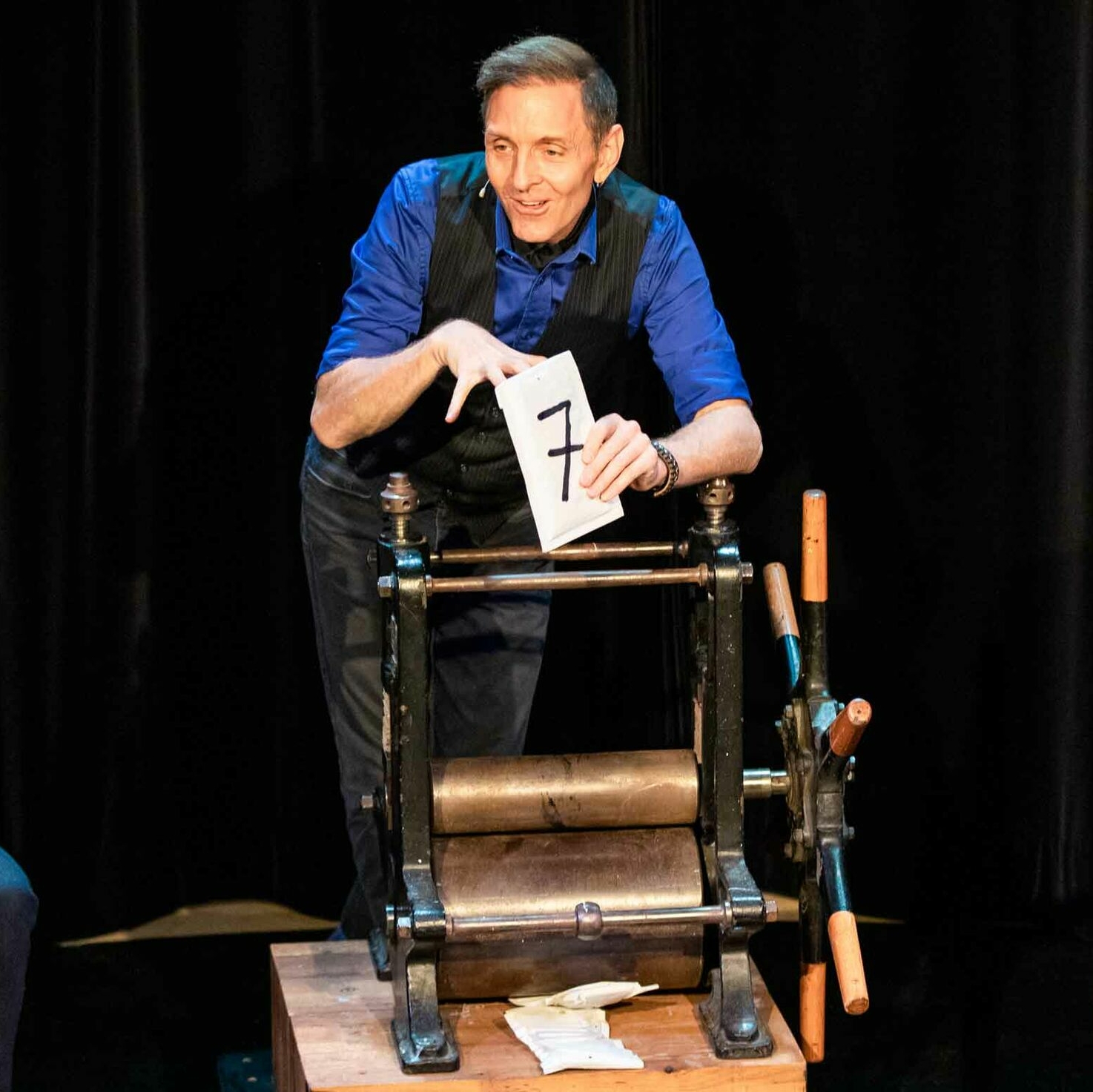 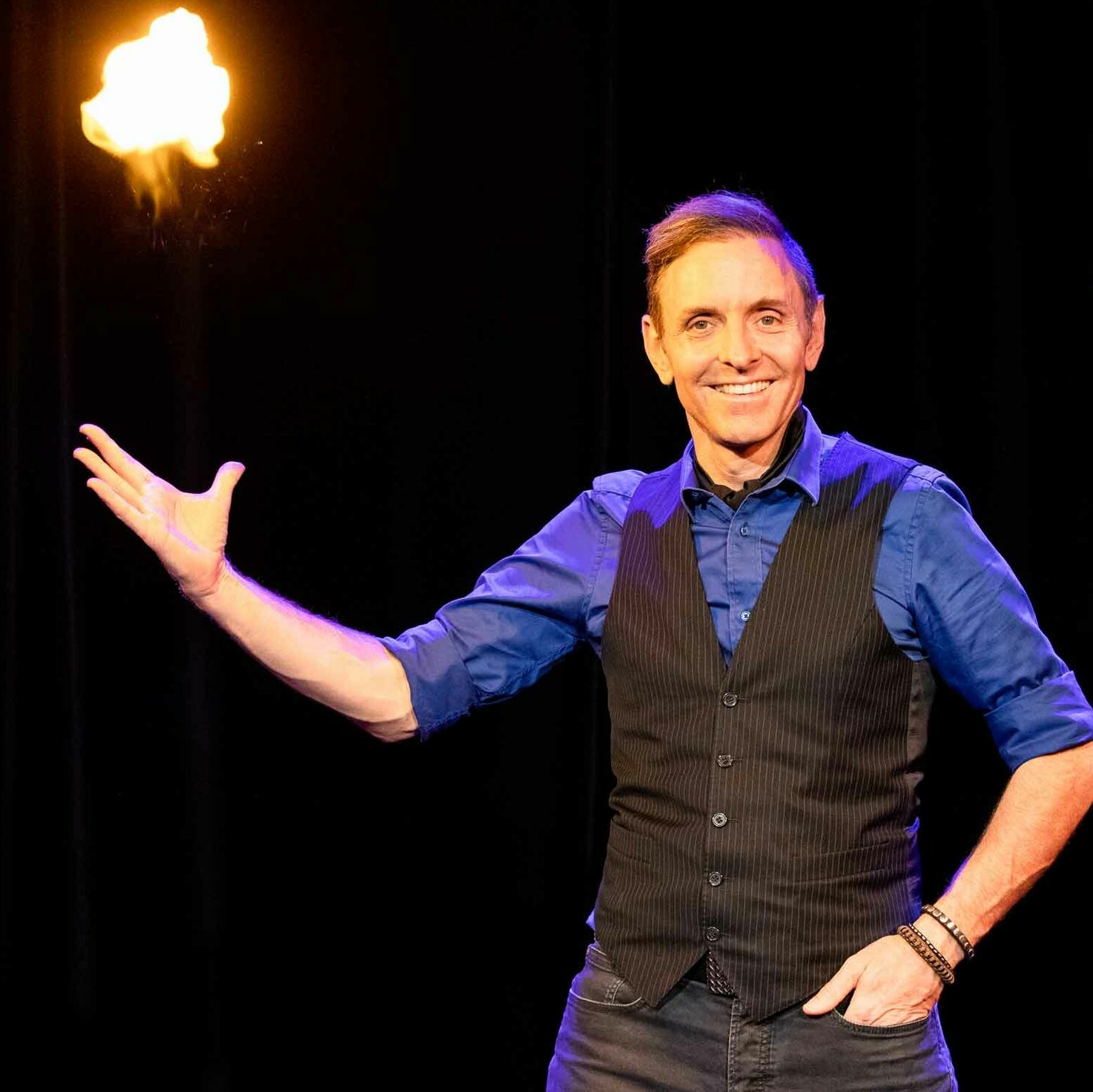 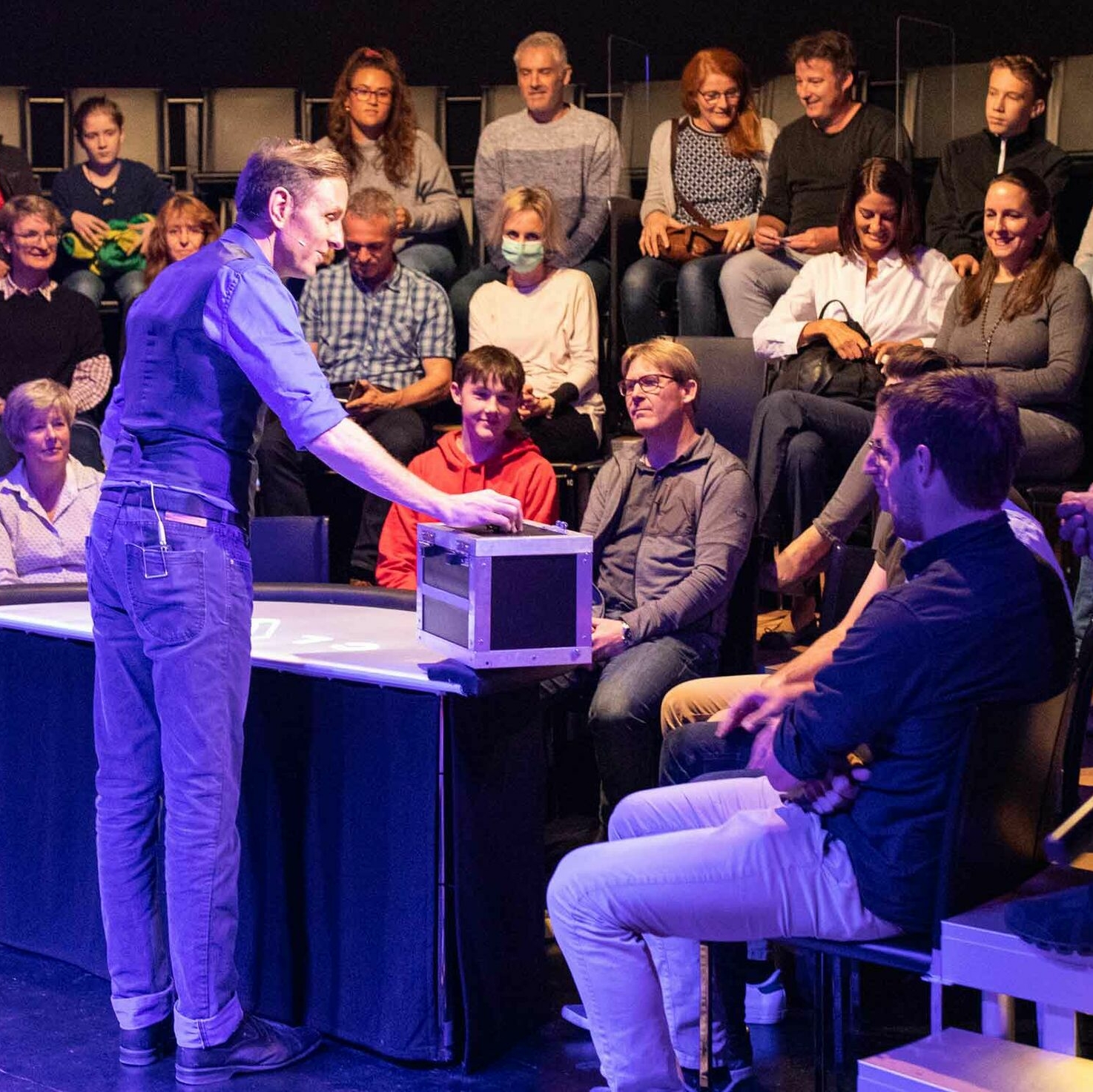 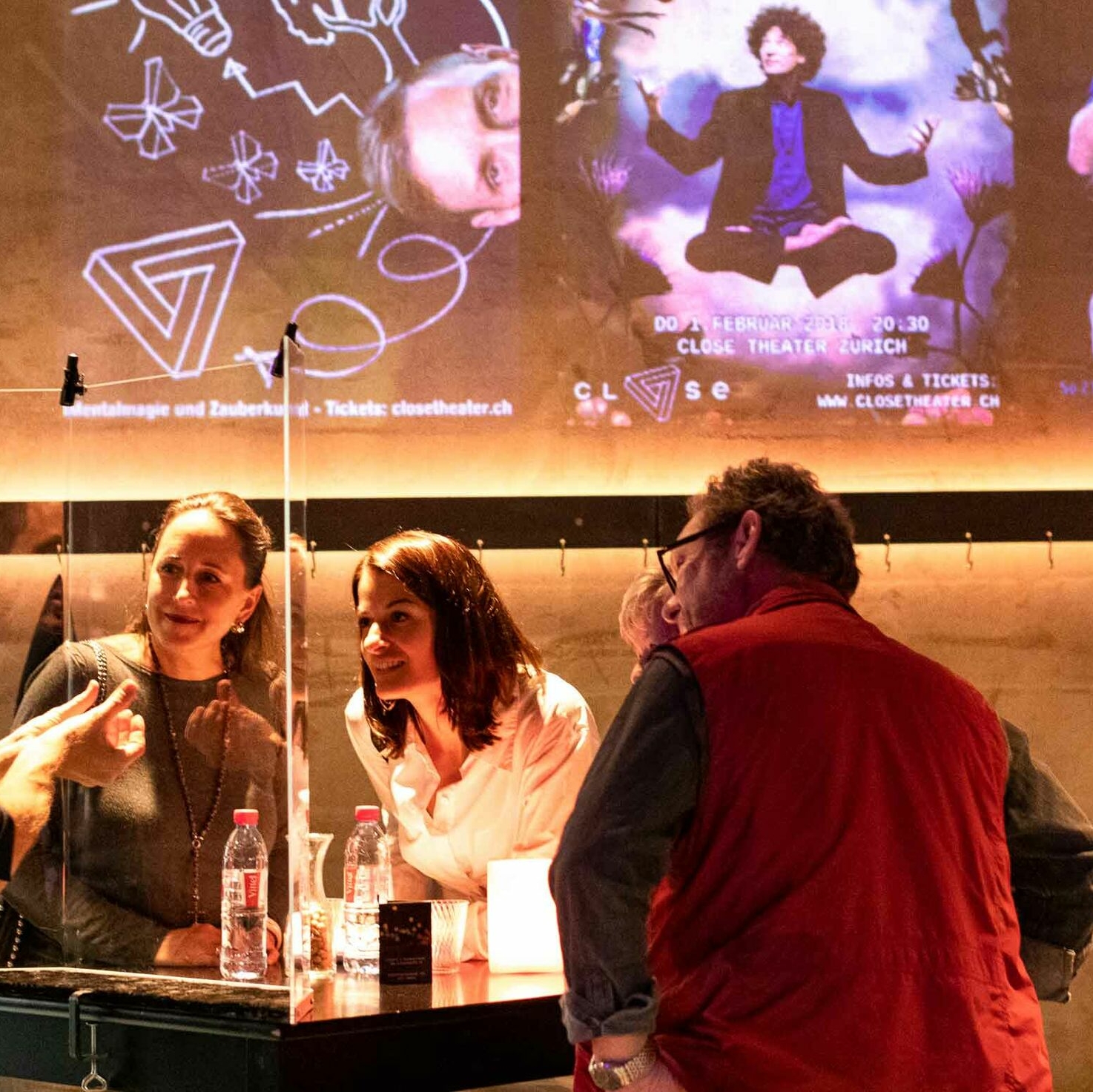 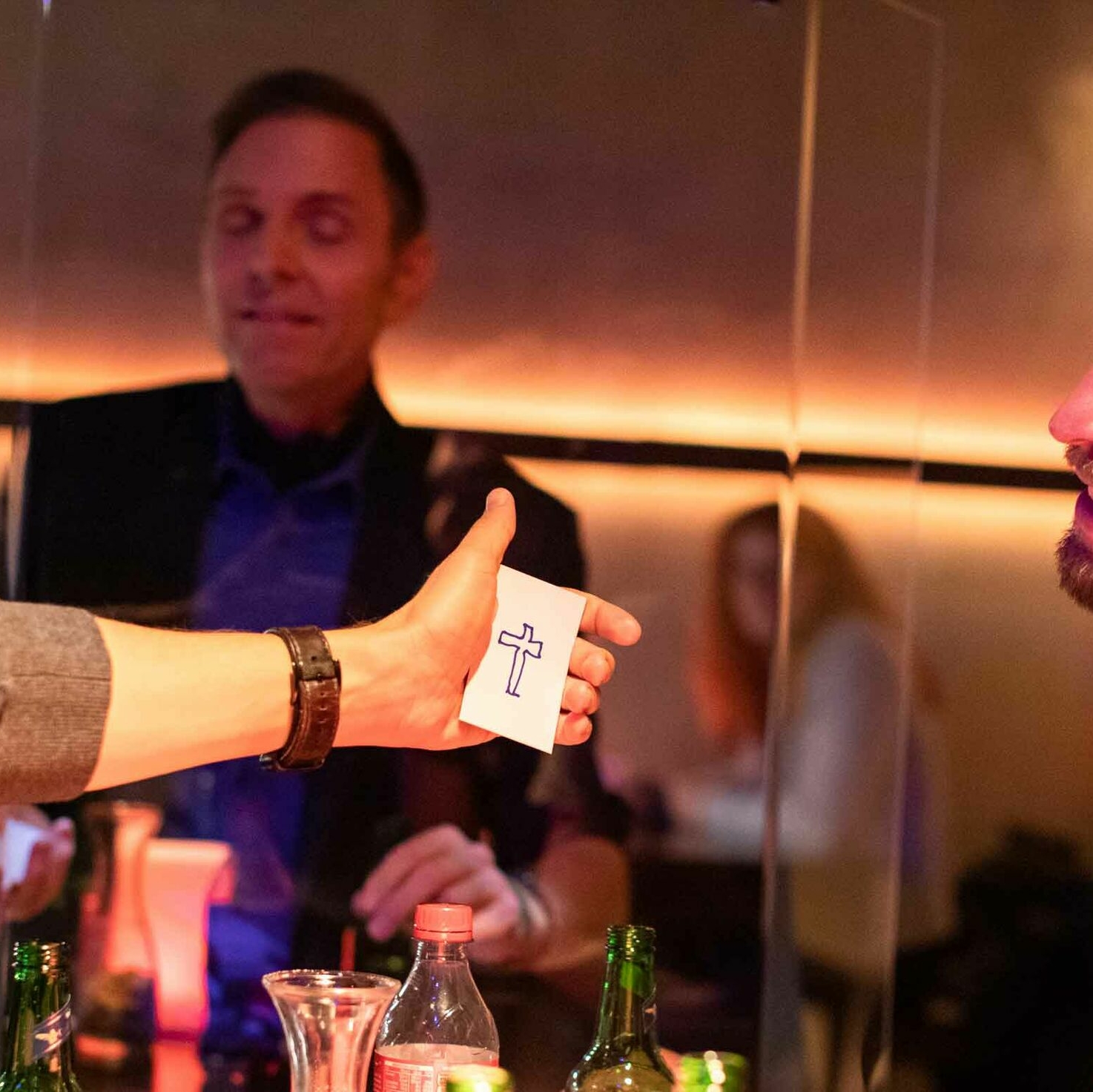 ‘The only way to improve is by making mistakes’

Zurich people with unusual professions. The magician Pat Perry is not afraid of slip-ups – he also believes the only route to success is through hard work. This is a lesson he also teaches his student magicians.

Pat Perry was a restless child. He was constantly moving his hands and struggling to keep his excess energy under control. This all changed when he received a magic set as a Christmas present at the age of twelve. At last, he had found a hobby that inspired him.

‘I really enjoyed constantly learning new tricks, making cards disappear and rolling coins over my fingers. Magic was the perfect outlet for my energy. I took every possible opportunity to perform small tricks and amaze my friends and relatives.’

‘Performing magic is also about reading the other person.’

This hobby soon turned into a vocation. Pat started attending a magic school in Zurich at the age of 16, where he learned a great deal about communication and psychology.

‘Performing magic is also about reading and, in many cases, manipulating the other person. I have to interpret their gestures and facial expressions correctly in order to predict what they will do next. This is an essential part of my work.’

There was no YouTube in those days. To learn new tricks, Pat attended countless evening classes and seminars given by artists from all over the world. He spent seven years completing a course at a drama school alongside his work. Pat also completed an apprenticeship as a structural draughtsman at the same time. Although he became a professional magician, he does not now regard that qualification as a waste of time.

‘On the contrary, that apprenticeship was tremendously exciting and varied. Even though it is not the profession that I am following today, I gained a lot from it. Spatial imagination and materials science help me today when I am working on a new prototype for my routines, for example. The very first thing I do is to pick up some cardboard, cutters and a glue gun and start putting my set together.’

After his apprenticeship, Pat spent more than two years working half-days as a structural draughtsman. The rest of his time was devoted to practising new tricks or giving performances. The performances often went on late into the evening. This became a problem because, as Pat was also responsible for construction management jobs, he had to start work early in the morning.

‘I opted for my passion and gave up my work as a structural draughtsman. I would never have believed that I would one day become a professional magician and earn my living that way. It developed gradually. The first bookings came in, followed by word-of-mouth publicity, and eventually it took off.’

‘To me, creativity is a type of muscle that can be trained.’

The American magician David Copperfield was Pat’s first role model – not just for his brilliant tricks, but because he had at long last dispelled magic’s dusty image, Pat says.

‘Copperfield’s performances were accompanied by Genesis, not Vivaldi, and he wore jeans and a pullover rather than a black suit and top hat. Thanks to him, I sat up and thought, “I don’t have to turn myself into something I’m not – I can follow my passion without having to dress formally when I’m only 25.”’

In Pat Perry’s opinion, becoming a successful magician requires manual dexterity and creativity. This means that, at his CLOSE theatre in Zurich, he repeatedly reshuffles his show and performs new tricks.

‘To me, creativity is a type of muscle that can be trained. You have to force yourself to constantly think outside the box, adopt new approaches and try out new things. That will automatically make you more creative.’

‘You have to earn success through hard work.’

Above all, you have to have a passion for your work and gain pleasure from it, the magician says.

‘For example, in December I could be performing every day of the week, because there are so many corporate events going on. But if I did that, I would eventually stop enjoying it. I do my magic only because I want to do it, not because I have to.’

For a period, Pat even headed the Zauberschule Zürich (Zurich School of Magic). He also held office as vice-president of the Club Zürcher Magier (Zurich Magicians’ Club). Today, he passes his experience on by coaching young magicians.

‘Young colleagues have really great new ideas, such as acrobatic card tricks, street magic, or tricks using technological gadgets. In the past 10 to 15 years magicians have rediscovered the courage to try out something new. It is important to support them in this.’

To become a member of the Swiss Magic Circle, you have to complete both a practical and a theory examination. These are assessed by a jury of professional magicians.

‘Admission is not handed to you on a silver platter – you have to earn it. Nowadays, so much is available for free, but people need to understand that they have to earn success through hard work and nothing will just be given to them.’

Although Pat Perry himself held the title of world champion magician for three years, he talks openly about performances that went wrong. ‘You have to give yourself the permission to fail,’ is his motto.

‘If I were afraid of failure, I would just perform the same tricks for 30 years and not develop myself at all. I believe we have to learn to be much more relaxed in how we deal with mistakes. The only way to improve is by making mistakes.’

Pat believes that far too much stigma is attached to mistakes. In his view, this begins at school, where every mistake is immediately marked with a red cross and condemned. But everybody who thinks innovatively has fallen flat on their face at some point, he says, and after that you have to pick yourself up, dust yourself off and start all over again.

‘It’s important to talk openly about slip-ups. For this reason, I also share my failures with my friends and colleagues, and they share theirs with me. We can all learn from this, and it makes us all better quicker.’