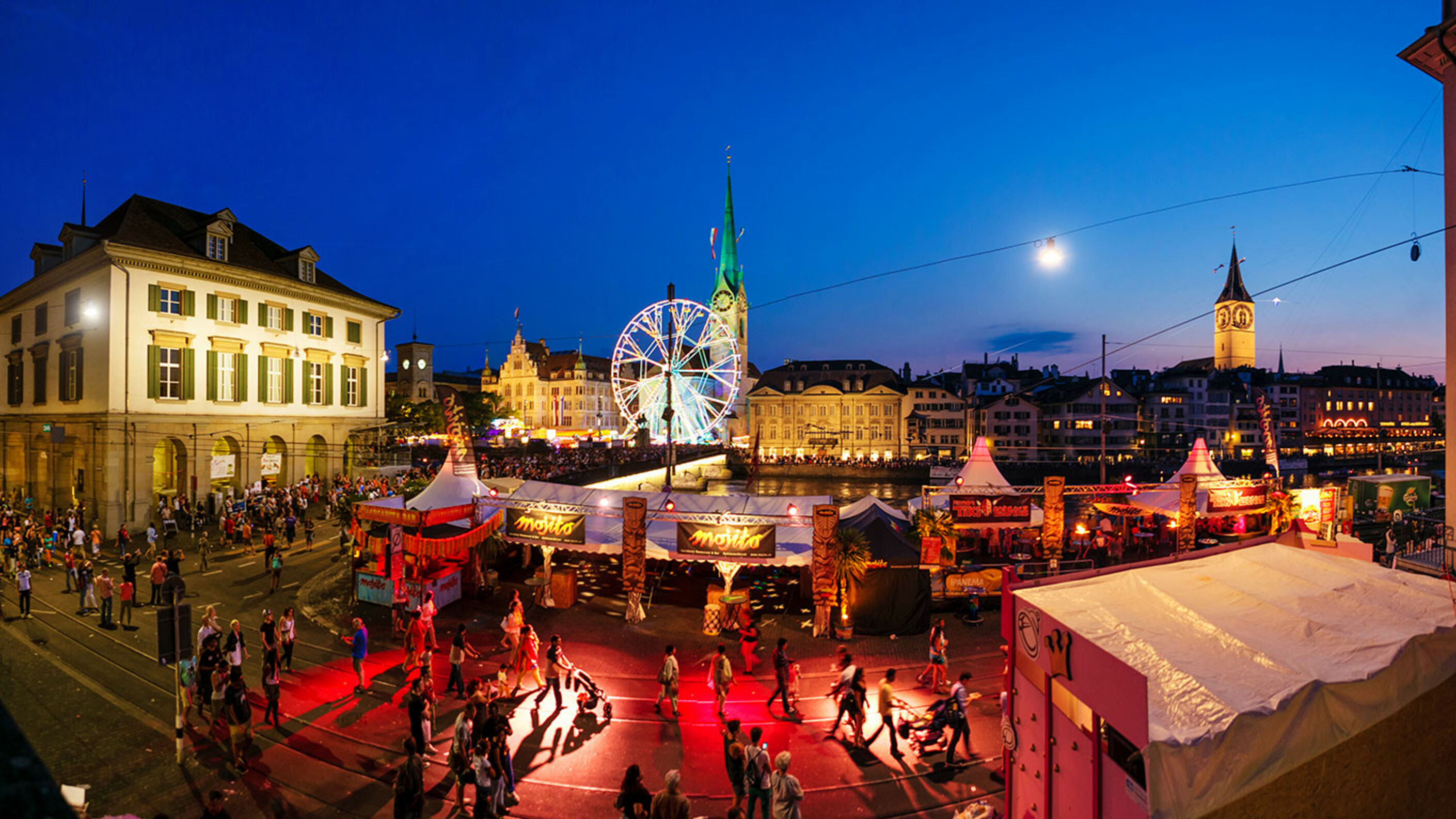 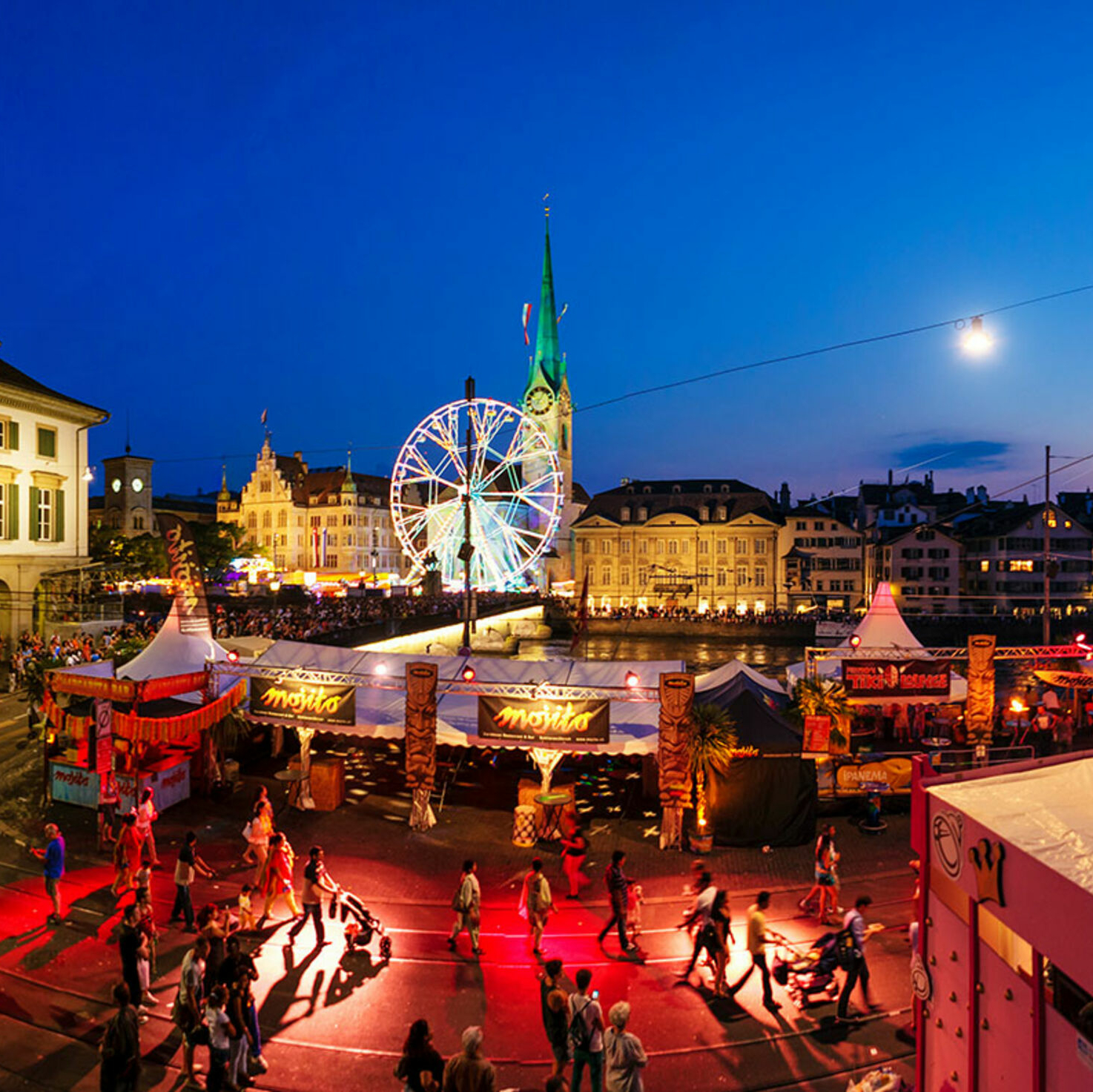 There has been a lot written about Züri Fäscht this year – including the fact that the festival has to be quieter. Which is why our nightlife columnist Alex Bücheli is wondering: Is Züri Fäscht being haunted by the ghost of Zwingli – leader of the Reformation in Switzerland and a renowned hater of music?

Anticipation for Züri Fäscht is mounting. The Zurich city festival has many years of tradition behind it – it was first held in 1932. Today, around two million people attend the festival, which is a colourful explosion of funfairs, shows, entertainment, parties and culture. Of course, for a multifunctional event like this to work, you need a plan, for instance a music concept and special regulations. These need to respect the needs of the various contributors, while also ensuring the event works as a whole.

The music concept has been the most widely discussed issue in the media. For those of us who aren’t sound engineers, it seems at first glance that the permitted 93 decibels LAeq will be quieter than the previous 100 decibels LFmax. However, these are two separate measured values and it isn’t possible to make a straightforward comparison. dB LFmax denotes the maximum permitted volume, which must not be exceeded throughout the entire event. dB LAeq specifies an average value, which must be adhered to over the course of an hour.

In principle, switching from the maximum peak (LFmax) to the average value (LAeq) makes sense for music events. This is because the LAeq value allows more leeway and flexibility and accepts the reality that varying sound intensities are a part of cultural musical performance. Would the Bolero by Ravel be as exhilarating if it were played at the same volume all the way through? In modern dance music, 93dB LAeq is at least as loud as 100dB LFmax.

The Züri Fäscht website reiterates that this weekend is a deliberately unconventional event for the city.

But the main bone of contention is the planned noise reduction at 1:30 am after the fireworks from 93 to 90dB LAeq. So why are people unhappy about this? Experience shows that 90dB (LAeq) is too quiet to hold a high-quality music event in a festival setting.

The festival committee also seems to be aware of this. This is why another rule will apply to the two large stages in the lake basin – with crowd management cited as the justification. The instruction, which has been issued for the first time this year, stipulating that all music stages have to record noise levels and submit data to the city police after the event without request has also caused uncertainty among the organisers.

The Züri Fäscht website reiterates that this weekend is a deliberately unconventional event for the city. Given that logically, no amount of noise restrictions will make the event a peaceful and quiet affair for local residents, you have to wonder why they don’t just make the music the same volume across all stages? The current regulation is a trade-off that doesn’t suit anyone.

The current regulation is a trade-off that doesn’t suit anyone.

If modern music is to continue to be an integral part of Züri Fäscht, the organisers need a music concept for 2022 that is deserving of the name. Music lovers in Switzerland are used to volume levels of 96 to 100dB LAeq. This is the maximum value permitted by the Swiss Sound Level and Laser Ordinance. Clearly 96 to 100dB would not be suitable at a public festival due to the necessary visitor safeguarding measures. My suggestion would therefore be 96dB LAeq (93dB LAeq after 1:30 am) or at least 93dB LAeq consistently throughout the event across all 40 music stages. This is the only way to make it worthwhile for music creators and fans to come to Züri Fäscht in the future. The main thing is to find a legal way for people to dance all night under the stars through the streets of Zurich!