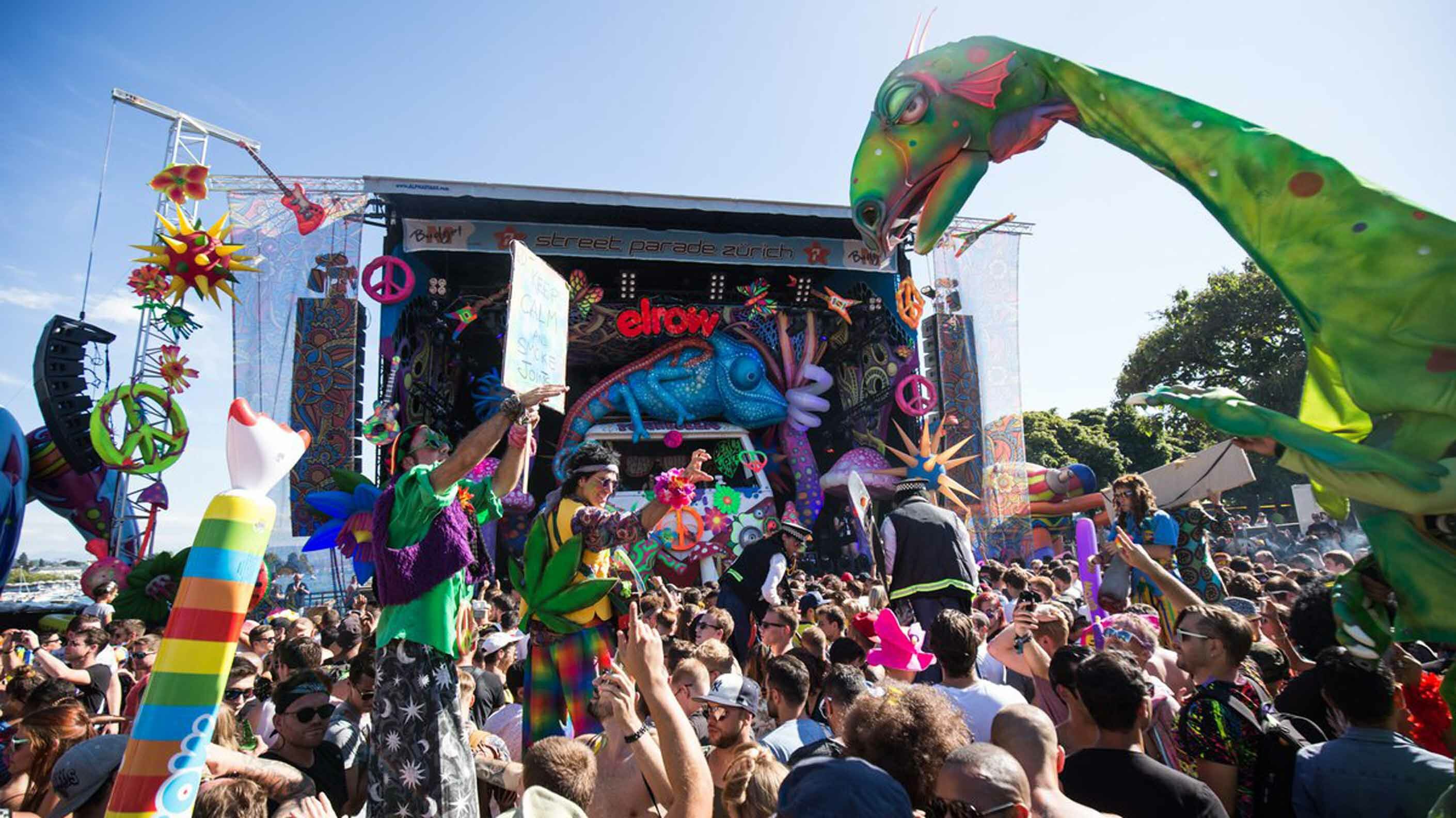 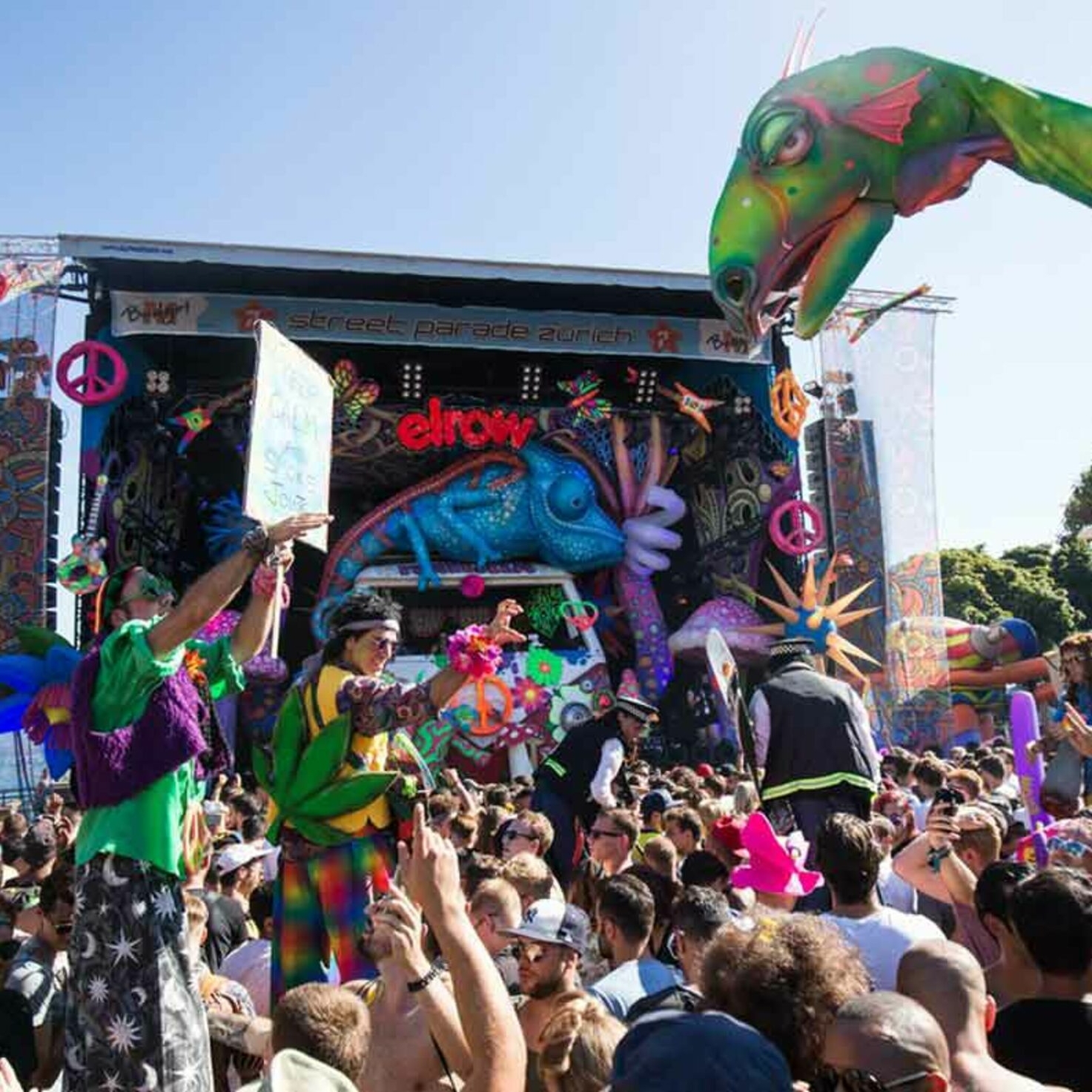 Too commercial, too loud and of little importance: our columnist Alexander Bücheli challenges the most common criticisms levelled at the nightlife scene. The spokesperson for the Bar & Club Kommission Zürich believes that Zurich residents should be more accommodating considering the campaigning that took place in the ‘80s for greater freedom for nightlife, and the fact that since 2017, Zurich’s techno scene has been considered one of Switzerland’s most vibrant traditions.

On the evening of 30 May 1980, hundreds of young people gathered in front of the Zurich Opera House. The city council had recently approved a grant of 60 million francs for the renovation of the Opera House, but had dismissed requests from young people for alternative cultural programmes. The demonstrations led to violence and riots.

The Opera House Riots went on for two years.

The Opera House Riots marked the start of a two-year period of violent street protests, but they were also shaped by new forms of cultural and political demonstrations based around the AJZ youth centre. The AJZ was torn down in the spring of 1982, though the demands of the protesters were met over the following years with the opening of the Rote Fabrik cultural centre, the Kanzlei club, the Gessnerallee theatre and the Dynamo youth club in rapid succession. The slowdown in industrial growth in the ‘90s gave rise to illegal clubs and bars. Many nightlife venue proprietors still operating in Zurich today started out by hosting illegal events. It was only in 1998 that the Canton relaxed hospitality industry laws, resulting in an explosion in the number of night cafés practically overnight. Today, the city boasts around 700 food outlets that are open beyond midnight, compared with only 40 such establishments in 1980.

The relevance of nightlife to the city of Zurich is demonstrated by figures collected by the Bar & Club Kommission in 2018. Its 120 members alone welcomed more than 5 million guests and made total sales of over 230 million francs. The Zurich nightlife scene employs around 5,000 people in roles such as bartenders, interior designers, sound engineers and musicians, and the bars and clubs also create further jobs for drinks suppliers, cleaning companies and security staff. The 2,500 part-time positions are especially attractive to students, and many future lawyers, doctors and economists have financed their studies from behind the bar. If you take into consideration the entire nightlife value chain, conservative estimates show that the cultural nightlife scene in Zurich brings in around 1 billion Swiss francs. This figure does not include large-scale events like the Street Parade.

The clubs and bars bear all of the business risk.

Aside from the economic factors, nightlife also constitutes an important cultural element. In 2018, members of the Bar & Club Kommission hosted over 10,000 cultural events, including parties, concerts, theatre productions, readings and comedy shows. By comparison, the Zurich Opera House put on 324 events in the 2017/18 season, and the Schauspielhaus 547. This means that the cultural offerings of the bars and clubs bear all of the business risk without any subsidies. It’s not only the extensive cultural programme that regularly puts Zurich at the top of the list internationally in terms of urban quality of life, though such accolades also help in turn to attract young talent to the Zurich subsidiaries of Google or Facebook.

Club culture doesn’t just mean music – it also encompasses highbrow and creative performances put on by nightlife protagonists and their guests. Visual language in the form of flyers and images, or themes like dance style or clothing also play an important role on the nightlife scene. In sociological terms, it is a social space in which music can be ‘consumed’ at different venues and with which clubbers can identify. This affiliation with the nightlife scene is most evident among the younger generation, as proven by visitor numbers, so it’s fair to say that going out is one of the most popular group leisure activities among young people.

Around half of partygoers also go to the opera or to the museum.

A study conducted in Berlin shows that nightlife events attract a largely culturally refined clientele, with over half of the partygoers surveyed attending other types of cultural events at least once a month. Most go to the cinema, but around half of those who go to clubs also go to the theatre, the opera and museums. However, the nightlife scene doesn’t just facilitate taking part in cultural events – the clubs and music bars also support local music production. Almost 10,000 events a year see performances by around 50,000 artists, of which only 30% come from abroad and 50% are local Zurich acts.

Zurich has one of the highest densities of clubs in Europe, and thanks to this proximity it is one of the most appealing clubbing destinations in the world. This works hand in hand with the changing image of the city. Before the relaxation of hospitality laws, the city was seen as closed off and sleepy, even provincial. Today, it benefits from a cultural offering that puts it on a par with that of capital cities. The current discussion surrounding clubs is not worthy of the value that nightlife culture represents. During the coronavirus crisis, the discussion was suddenly no longer about arguments and mostly involved polemical and moral reasoning. Dancing the night away is a symbol of our time, offering a freedom that has become so rare in our relentless 24-hour society. Even in the midst of the pandemic, the desire to enjoy culture in the evenings is still apparent, perhaps more so than ever. This is evident in countries where clubs are still closed and the number of illegal parties is increasing. Crisis or no crisis, it is clear that the city of Zurich needs a vibrant nightlife scene and we need a tolerant, cosmopolitan city.