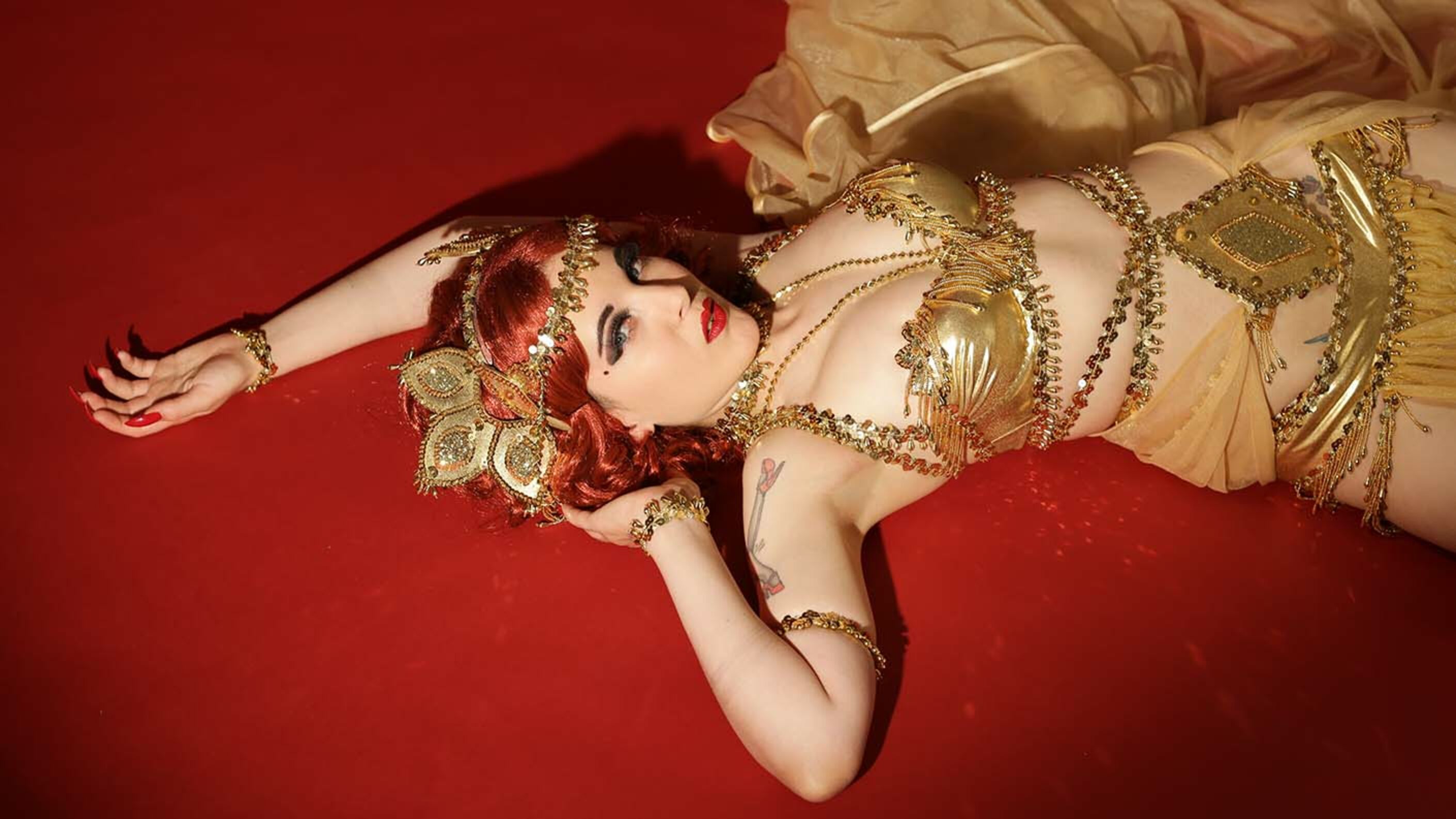 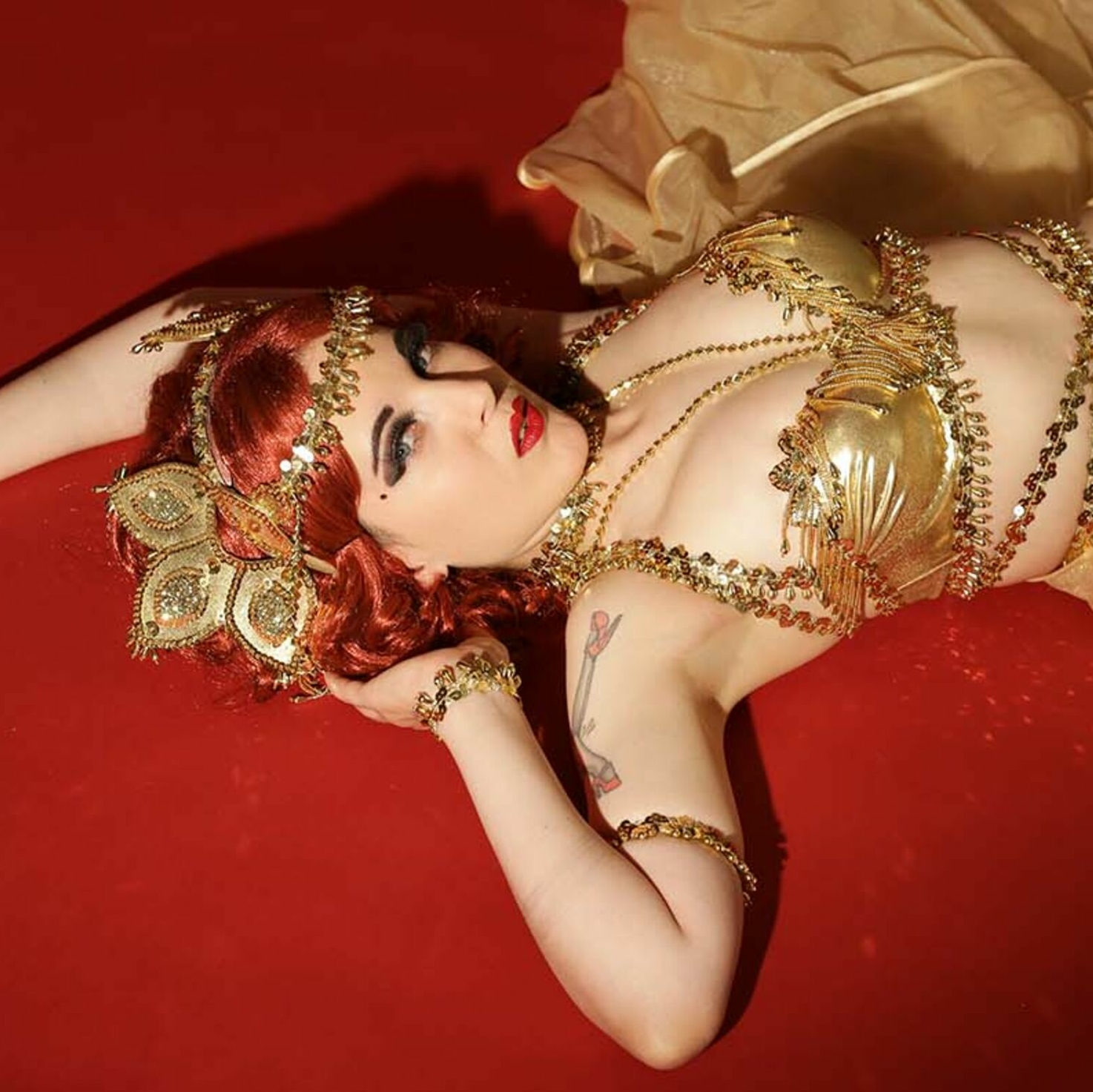 ‘Women cheer me on’

Now 29, Minouche von Marabou (her stage name) knew what she wanted from an early age: ‘I grew up in the countryside in the canton of Zurich and I always had a mind of my own.’ When she was 13 she trained in belly dance, followed by ballet, tap, Charleston and tango. ‘Dance is an essential part of my life. When I was 17 I discovered my flair for beautiful, erotic, Moulin Rouge-type lingerie – and at the age of 19 I attended my first burlesque dance workshop.’ This was in Zurich in 2009, but it was cancelled after the first session due to lack of interest.

In dancer and performer Nightmare Vani, Minouche found a teacher who introduced her to the world of burlesque: ‘She’s still a good friend of mine and I’m really grateful for everything she has taught me.’

Her first public performance was in 2011 – in Frauenfeld, Thurgau: ‘I performed anywhere because I just wanted to be on stage and get some experience. It could be a classic car rally or a company event – I feel at home everywhere.’ Minouche has performed at a Zurich guild’s traditional Samichlaus event (similar to a Santa Claus visit) and at the Theater Spektakel performing arts festival. ‘From the moment I first stepped on a stage, burlesque was no longer my hobby but my vocation.’

In 2015 she took part in Die grössten Schweizer Talente, a talent show on Swiss TV. She didn’t win, but her career had already taken off: ‘In late 2013 I performed at the first burlesque festival in Berlin, and since then I’ve travelled all over the world,’ she says. She is also a trained couture dressmaker and theatre costume designer.

As a dressmaker, she is keen to ensure that her many elaborate stage costumes are perfect down to the last detail: ‘It takes me six to eighteen months to make a costume, depending on how much time I have.’ They all have to be transportable, ‘so that I can pack them in crates and take them with me.’ But it’s not only her costumes that are time-consuming: ‘I do my own hair, it takes me at least one-and-a-half hours, and then I do my make-up and have to prepare mentally for my performance.’

Don’t end up slipping into the red light scene!’

When Minouche told her mother she had fallen in love with burlesque, her mother was a little worried: ‘Don’t end up slipping into the red light scene!’ But now she is very proud of her daughter, just like Minouche’s father, though he’s never told her so. ‘Nobody is bothered about my job and my vocation, and that’s good,’ says Minouche, whose heart lies in the Thirties, Forties and Fifties.

Minouche von Marabou is a walking burlesque encyclopaedia. ‘The Americans claim to have invented burlesque, but that’s not true. A dance troupe called the British Blondes showed a little leg in England around 1870 and then toured America, where they were immediately copied.’ In 1925, during a cabaret show in Chicago, a dancer couldn’t zip up her dress during the costume change, so she went on stage struggling with the zipper and pulling faces. The audience loved it – and classic burlesque dance was born. It grew in popularity until the hippie movement began in 1968: ‘That was a totally different attitude to life, and it had no room for burlesque. It only started to come back around 2009,’ says Minouche.

‘A woman is beautiful exactly as she is – without cosmetic surgery and the like. She might be curvy and have cellulite – but she can still dance.’

Burlesque dancing isn’t just about a naked body, it’s about how you get there. Performers always cover their nipples with pasties – small, elaborate stickers – and their intimate areas are also concealed. ‘These are the only rules, otherwise you’re free to design your act however you like.’