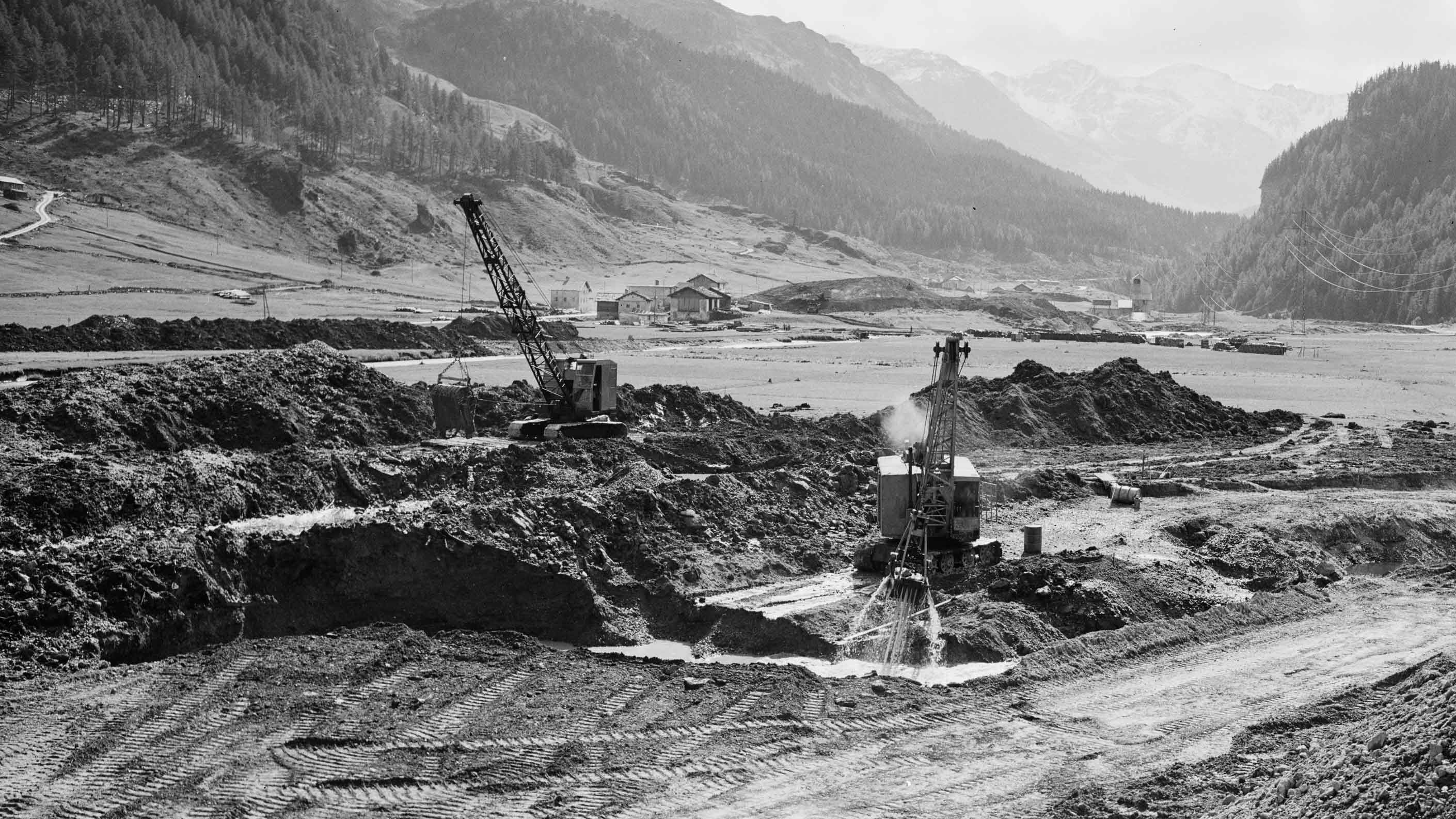 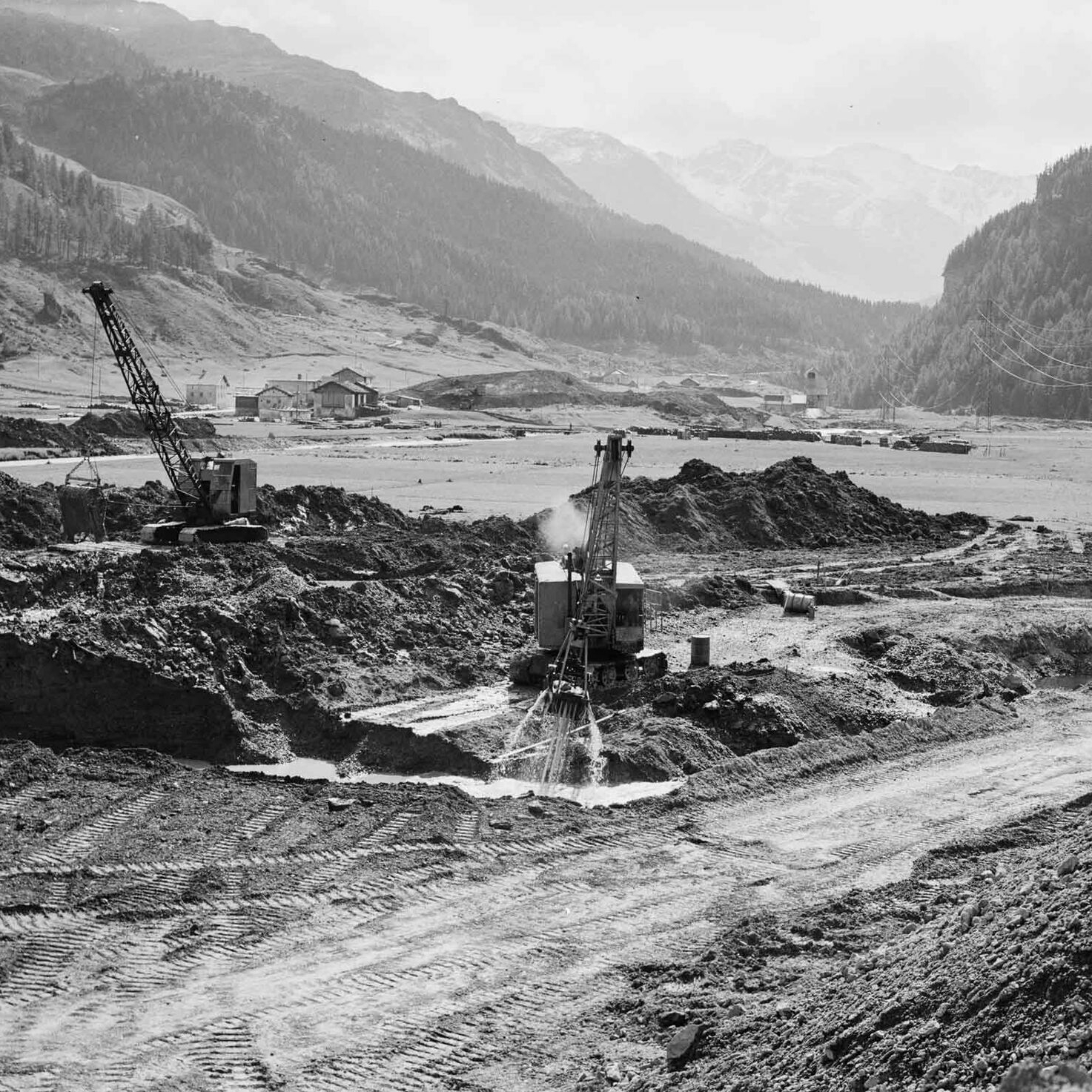 Which is better: getting an income and supplying energy for a distant city, or keeping your home and living in poverty? In the Graubünden village of Marmorera the verdict, reached democratically, was clear. Zurich needed electricity, and many of the villagers needed money. And so, in the middle of the 20th century, the village disappeared under the waters of a reservoir.

The Marmorera Castiletto dam is part of Switzerland’s success story of energy generation through the use of hydropower. As in many countries around the world, there was growing demand for electricity in Switzerland after World War II, resulting in, among other things, significant growth in the global dam building industry.

Worldwide, two trillion US dollars have been invested in mega dam construction projects in the past century. In 1900 there were about 600 major dams; by 1950 the figure had jumped to 5,000, and by the turn of the millennium there were 45,000 of these huge dams worldwide. More than 90 percent of these major dams were built between 1960 and 2000. The Marmorera dam was built in the early phase of the global dam building push (in transnational comparison, Switzerland started building hydroelectric power stations early on. The Albulawerk Sils started operations as early as 1910).

Although Switzerland was one of the most extensively electrified countries, alongside the USA and the Scandinavian nations, there was a more persistent push in the 1930s and 1940s towards “white coal” and hydropower, the “national asset”. The Swiss people enthusiastically threw their support behind developing the country’s water energy potential, a task that was efficiently undertaken in the post-war period.

On 17 October 1949, the citizens of Marmorera finally voted 24 in favour to 2 against to create a reservoir.

The Marmorera dam in the canton of Graubünden – you drive past it en route from the Mittelland over the Julier Pass to the Engadin – was built between 1950 and 1954 by the Zürcher Elektrizitätswerken, the Zurich electricity company. It’s one of 33 reservoirs in the canton. The 91 meter high dam body is made exclusively of local soil. Its downstream face was covered with humus and replanted. As a result, it blends harmoniously into the surrounding landscape and if you approach it from the north, it only becomes visible upon closer inspection.

The Marmorera Castiletto hydro dam was inaugurated on 14 September 1955. In addition to the Mayor of Zurich, Emil Landolt, those in attendance included local politicians such as Gion Not Spegnas, district governor of Oberhalbstein, as well as the industrialists and officials involved in the project. While the distinguished visitors were attending the official ceremony in the alpine basin, the plant further down below in Tinizong, one of the three power station stages, was already producing electricity for Zurich. The reservoir looked like a natural mountain lake, with shards of sunlight glinting on the smooth surface of the water. But this apparent mountain idyll hides a secret. In the inky depths of the lake lie the ruins of the village of Marmorera – once a flourishing community that benefited from the horse-and-coach traffic over the Julier Pass before the Albula Tunnel was built, but whose inhabitants had scratched a living from the land since World War II.

The group opposing the dam found that the negotiator had acted unfairly, playing the families off against one another.

When the Zürcher Elektrizitätswerke showed an interest in the valley basin after the war and met with resistance from some of the 24 families that lived there, the city of Zurich left nothing to chance. Just a few years earlier at Rheinwald, from 1940-1944, the inhabitants of a different Graubünden mountain village had proven themselves perfectly able to fight off a proposed reservoir project. No one wanted to go through another such debacle. So in 1948 Dr W. Pfister, the secretary of industrial operations of the city of Zurich, was dispatched to negotiate with the individual families for the sale of their properties.

The group opposing the dam, centred around Nicolin Dora-Widmer, found that the negotiator had acted unfairly, playing the families off against one another. His behaviour was all the more dubious as some of the villagers spoke only Italian or Romansh, and no German. The farmers, who had for a long time been living on the edge of poverty, were offered sums that, at the time, were higher than the fair market value of their land, on condition that they voted “yes” for the concession. And the pressure was ratcheted up by warnings that if the vote was “no” and there was any subsequent compulsory purchase, the compensation amount would be lower.

Others, such as the then president of the municipality, Florin Luzio-Ruinelli, saw the economic advantages for the individual families and for the municipality itself, which was encumbered with debts and to which, due to the enactment of the Graubünden hydropower law in 1906, all revenue from hydropower utilisation would go if the offer were to be accepted.

They would not have given up their homes if they had not been in such great financial distress.

On 17 October 1949, the citizens of Marmorera finally voted 24 in favour to 2 against to grant the concession to utilise the hydropower and to create a reservoir. The land-owning widows had no voting rights, and thus no political control over their own fate. The submergence of the entire village, including the church, the school, 29 homes and 52 barns, the hamlet of Cresta and 140 hectares of meadows and woodlands, was all but decided. All that remained was for the residents of Zurich to agree to a loan of CHF 85 million, which they did on 13 November 1949. Some families were forcibly expropriated, and most were resettled in other communities in Graubünden. For those who were reluctant to leave the soil of their homeland, a new Marmorera was built above the lake. The city of Zurich gifted the village community a church, and on the building at the entrance to the village, in large white letters is written: “La Resistenza” – a very visible reference to the self-identity of a group of citizens of the old Marmorera who, despite the improvement in their personal financial status, were loath to give up their homeland, and continued for a long time to maintain that position.

On 12 October 1953, “Die Tat” reported on the electricity from Marmorera, which was welcomed in Zurich. (e-newspaperarchives)

Even though the municipality of Marmorera made a democratic decision on its own demise, it must be assumed that some of the villagers who voted “Yes” would not have given up their homes if they had not been in such great financial distress.