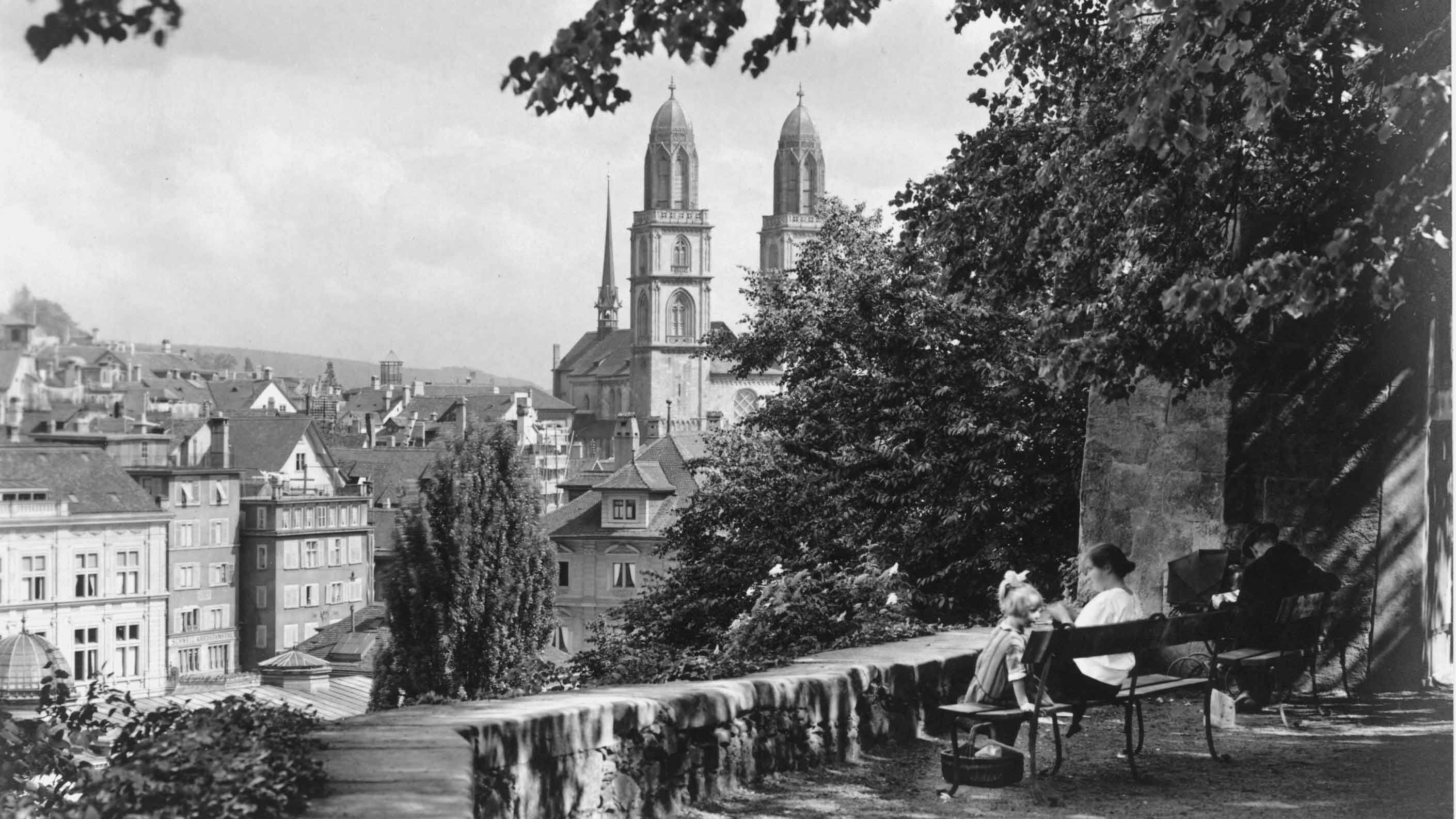 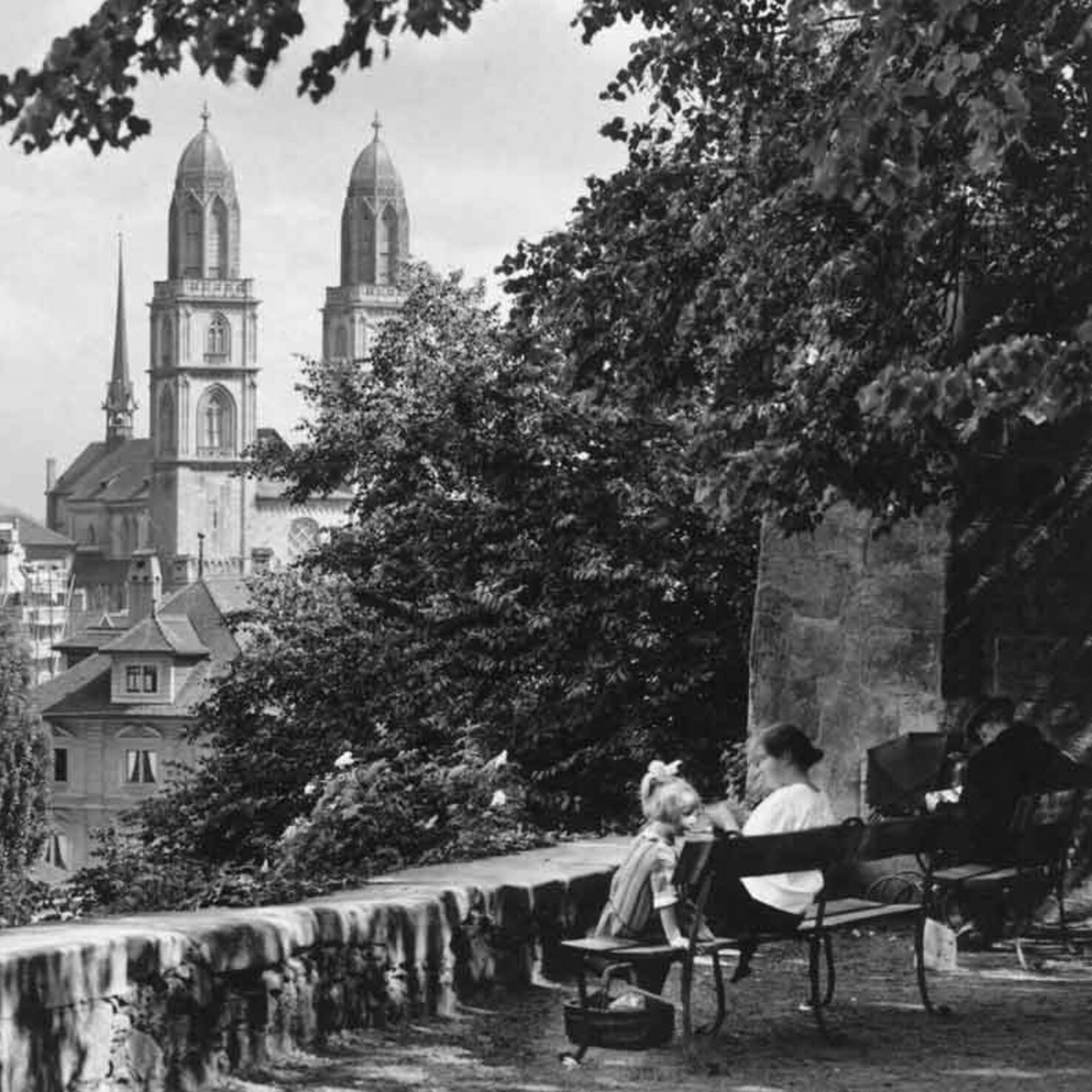 High above the Limmat, Lindenhof hill has always been of strategic military importance. Over the years, it has been settled by Celts, Romans and Ottonians and today it is the site of a Masonic lodge. But one part of its history is quite unique: in 1292 an army of girls and women is said to have gathered here to defend the city.

The Lindenhof in district 1 provides glorious views over Zurich, including the Grossmünster church, the university and the Limmat. It is popular with tourists and locals alike, who come here to play a game of chess or relax in the shade of the mighty linden trees. Old engravings and drawings show that the trees that gave the Lindenhof its name have stood here for more than 500 years.

The Celts recognised the strategic importance of this elevated position. Excavations provide evidence that this area was home to the first Celtic settlements around 400 BC. The Romans took over today’s Lindenhof in around 15 BC, building a fort on top of the hill and naming it ‘Turicum’ – which evolved into ‘Zurich’ as the centuries went by. The oldest mention of the name ‘Turicum’ was found on a 2nd-century Roman tombstone on the Lindenhof.

Zurich went to war with Winterthur.

After the fall of the Roman Empire, the Lindenhof was successively used as a military base and settlement by the Alemanni, Carolingians and Ottonians. They turned it into a palatial seat of power with walls and watchtowers, but it seems likely that these structures were demolished or destroyed during the 12th century.

In the 13th century, Zurich went to war with Winterthur and suffered a bitter defeat. Many of its soldiers were killed or seriously wounded. In 1292, Austrian Duke Albrecht I von Habsburg realised that this was the perfect opportunity to take Zurich with very little resistance.

But as his troops approached the gates, legend has it that the women and girls of Zurich gathered at the Münsterhof. Fully armed and bearing lances and shields, they were led up the Lindenhof by Hedwig ab Burghalden, where they mustered with waving flags and beating drums.

He believed Zurich still had a full contingent of fighting men.

Albrecht I had been convinced he could take the city without resistance. But when he saw a mighty army of screaming warriors brandishing their weapons from the walls of the Lindenhof he believed Zurich still had a full contingent of fighting men. Disappointed, he abandoned the siege and sounded the retreat. Thanks to the women’s clever strategy the city survived unscathed.

The fountain on the Lindenhof is dedicated to the brave women of Zurich. Today’s Lindenhof Fountain – also called Hedwig Fountain – was built in 1912. Artist Gustav Silber sculpted a female figure in armour and chain mail with a sword at her side and a lance in her hand.

Today the Lindenhof is also home to a Masonic lodge.

The Lindenhof is not only shrouded in the legends of the past. Since the 19th century it has been home to a mysterious building that can only be accessed by members of Zurich’s eight Masonic lodges.

The Freemasons is an international men-only society that is divided into lodges. Its stated aim is to build a more united and compassionate world. However, Freemasonry tends to be best known for its mysterious, often obscure rituals.