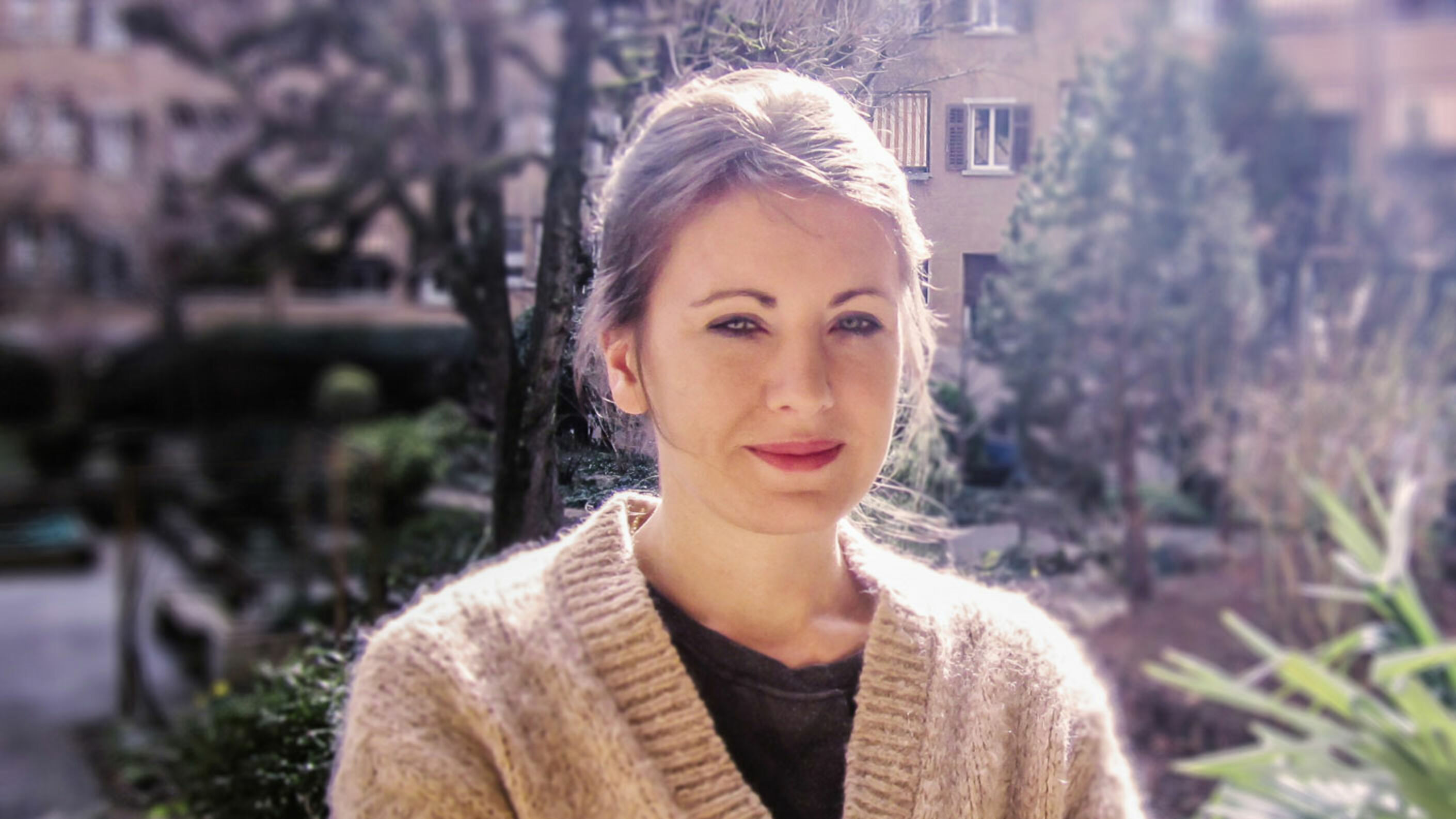 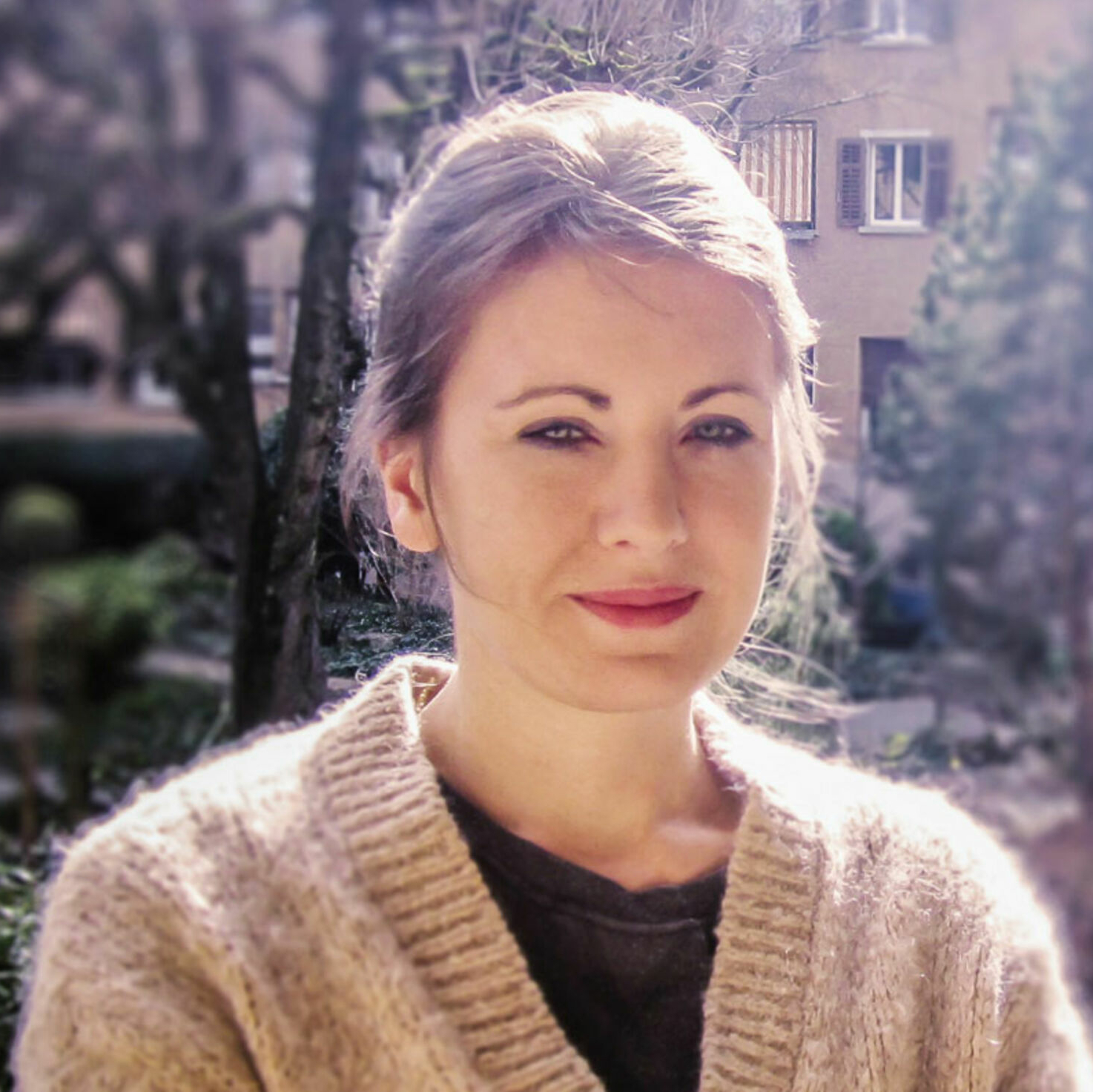 Julia Kohli’s first novel, Böse Delphine, will be published at the end of March. This Zurich native and student of cultural journalism wrote it in just five months – and it has even won a prize before its publication. Julia talks to us about her writing process, the title of the book and doing public readings.

You’re a bookseller and student, just like Halina. How much of you is in your main character?

It’s hard to say. Some of the situations that Halina finds herself in, and her dreams, are drawn from my own life. The rest is autofiction, so it’s based on my own experiences. Looking back, I have often wondered whether Halina is like me. But while I was writing, I didn’t really think about it. I’ve come to the conclusion that Halina is a kind of parallel existence. Her thoughts and experiences emerged while I was writing and didn’t exist before in this way.

While I was writing the book, the title just popped into my head. I thought: ‘That’s it!’ It fits the story and Halina perfectly. Dolphins appear to be naive and outwardly a little gaga, but nobody knows what’s going on inside. It’s the same with Halina, she clenches her fists in her pockets. It’s the same for a lot of people – they’re unhappy in certain situations and feel really angry, but they can’t find the right words until they’re in the shower a couple of hours later.

What made you decide to write a novel?

We have a chat group for the students on my course. One of them posted an announcement about the competition run by the Studer/Ganz Foundation. We joked about it at first, but suddenly I thought: Why not?! I had already jotted down 60 pages of experiences and random thoughts, so that was my inspiration. It took me five months to write the novel.

I just wrote from the heart. It was a strange feeling, the writing just flowed and kept driving me on. The story took on a life of its own – it’s quite a strange process. It was only after my manuscript had been edited that I began to realise what I had done.

‘Dolphins appear to be naive and outwardly a little gaga, but nobody knows what’s going on inside.’

Did you hit any tough patches while you were writing your novel?

Of course I had some minor crises, but the joy of writing was greater. The story was a kind of outlet from my studies. I could write what I wanted, and nobody talked to me in between.

You ended up winning the Studer/Ganz Foundation prize. Has that changed anything for you?

It has totally changed my life. Just kidding, my life is still the same! Okay, I treated myself to a new sweater and my lunch didn’t come out of a Tupperware for a few months. But now I need to slow down a bit so that I don’t get too carried away.

‘It was an honour to do a reading at the award ceremony, but it wasn’t easy for me.’

Do you have any readings coming up?

I hope not. I’m not shy, but I don’t like performing in front of lots of people. It was an honour to do a reading at the award ceremony, but it wasn’t easy for me.

Have you started on a new book?

I’ve started on a short story, but I haven’t got very far yet. I don’t have much spare time alongside working and studying. I have lots of ideas, I write them down all the time. So we’ll see.

Julia Kohli is studying cultural journalism at Zurich University of the Arts. In her first novel Böse Delphine she tells the story of Halina, a 27-year-old history student. She keeps her head above water with a job in a book kiosk, where she regularly discovers the bizarre side of supposedly normal everyday life. Julia’s humorous novel was awarded the Studer/Ganz Prize for the best unpublished prose debut. Böse Delphine will be published by Lenos Verlag on 31 March. The book can be ordered here.