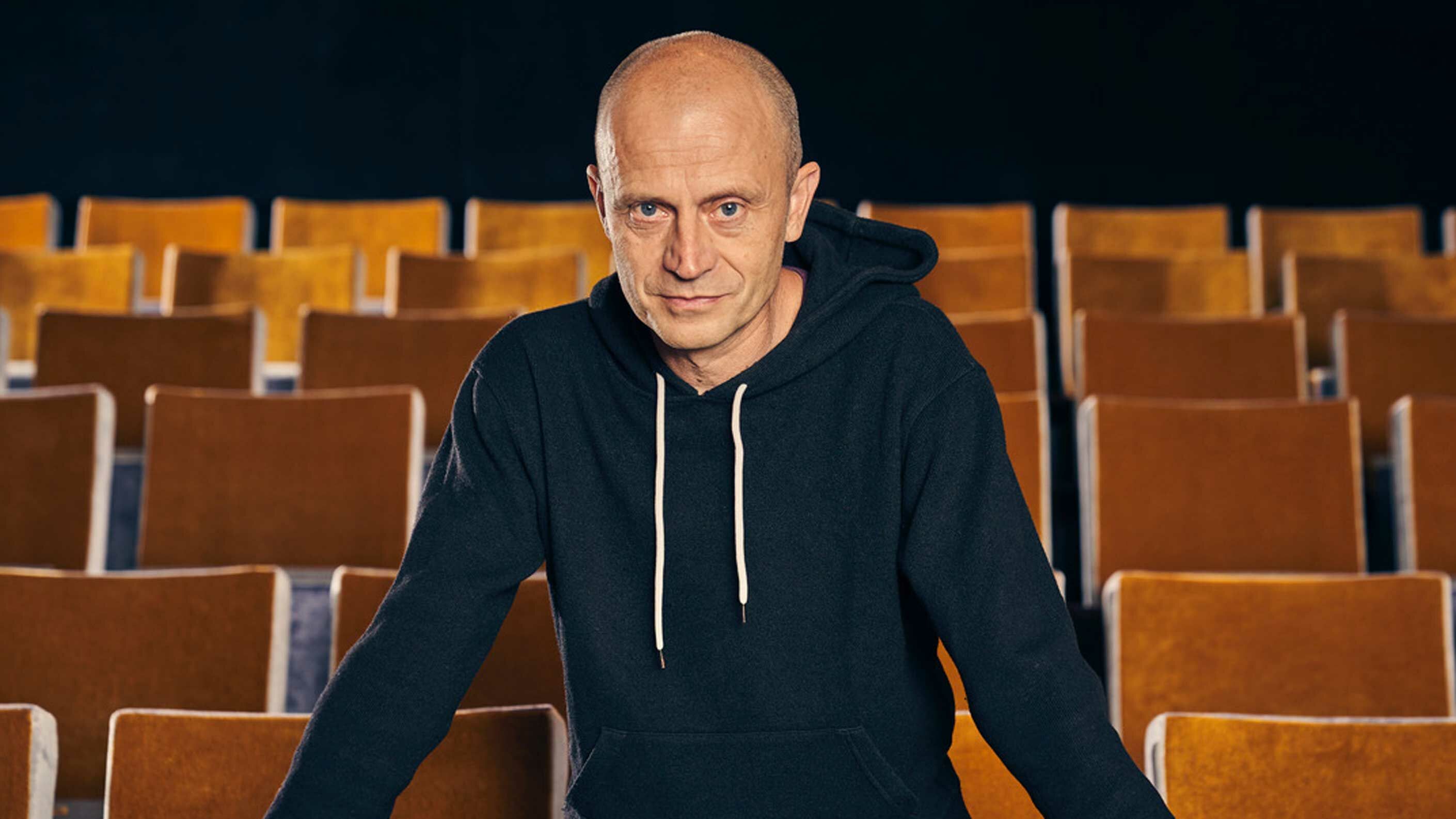 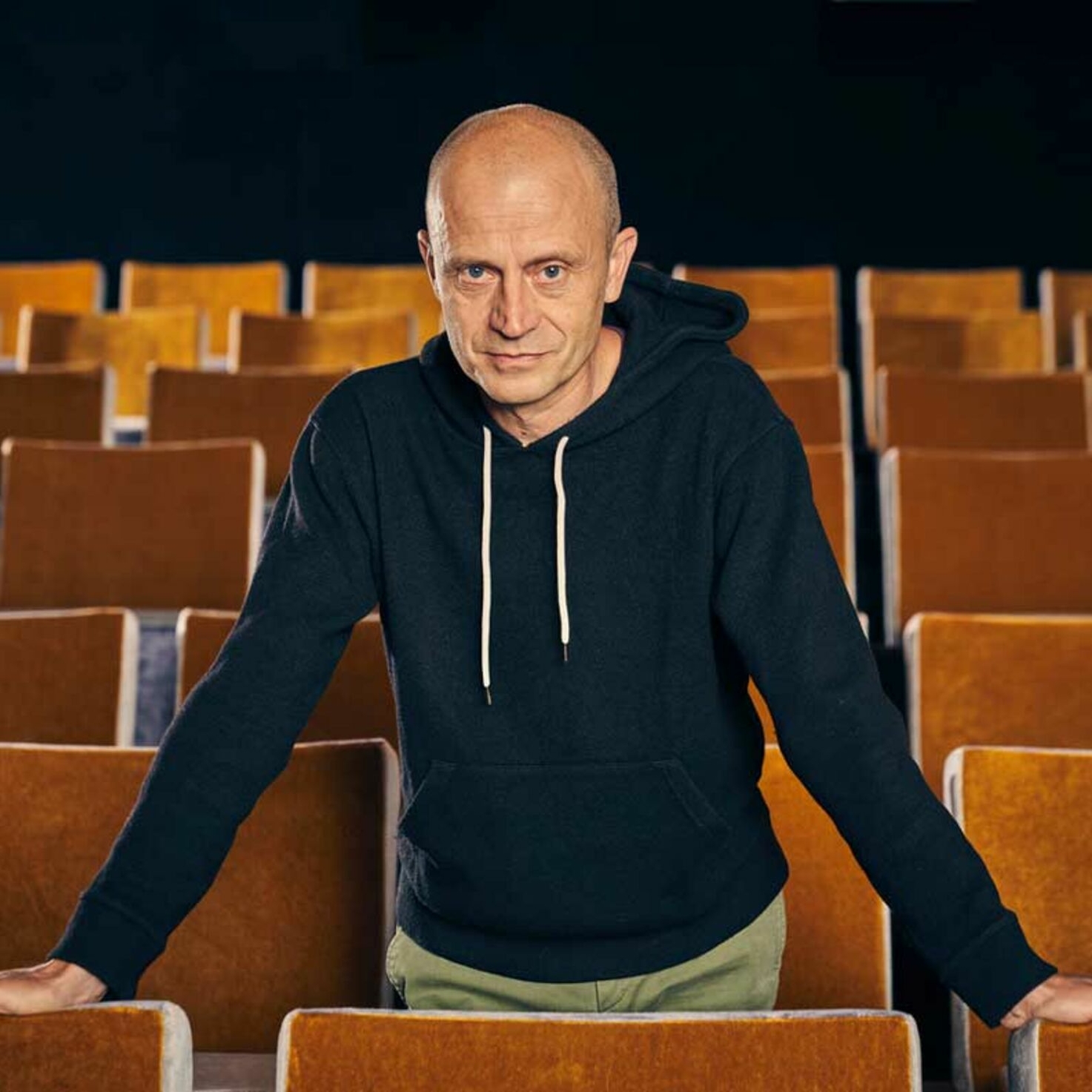 ‘Enjoyment of cinema will endure.’

Frank Braun is co-founder and programme manager of the Zurich cinemas Riffraff and Houdini. He is receiving the ‘Prix d’honneur’ from this year’s Solothurn Film Festival (20–27 January) for this work. We talked to Frank about his two cinemas, coronavirus and the threat posed by streaming services.

You are receiving the ‘Prix d’honneur’ at Solothurn. What does that mean to you?

The award surprised me, and it moves me in a certain way. It takes me back to certain moments that I can relive. My many years spent working for Swiss film culture are something that I cannot separate from my personal life. There are too many things that have depended on each other.

Where did your love of cinema come from?

It grew with me. From an early age I had an affinity with images and drew a lot. For that reason, the medium of film was a form of expression that I found interesting. The real impetus came when I became a father for the first time at the age of 22. Relatively quickly, I had to develop a view on how I would be able to combine that new responsibility with my urge to lead a life of self-determination. I saw my opportunity in 1989 in an advert from the Xenix cinema and paid work in a collective that had operated on a voluntary basis until then.

‘The cinema has to love its audience.’

What was your experience of your time at the Xenix?

The Kanzlei-Areal, where the Xenix stands to this day, is a place that was politically controversial in 1990. As a result of a vote, the temporary facilities there were supposed to be converted into a long-term community centre. In the same year, the Xenix celebrated its tenth anniversary – it had developed out of a project by the AJZ (Autonomous Youth Centre Zurich). In other words, I came on board at a time when the Xenix was turning professional and becoming a firm cultural fixture. It was realising that it could grow out of the youth scene as a cinema and appeal to a wider audience. This experience is something that I took on board, along with the skills that you need to run a cinema, ranging from holding screenings to running the bar and organising the programme.

In 1998, you co-founded the Riffraff. A 1991 film by the British director Ken Loach has the same name. Is that just a coincidence?

The match lies in the term and the attitude behind it, because ‘riff-raff’ actually means something like ‘scum’ and refers to the working classes. However, the name is only on closer examination a homage to the history of District 5. Our primary aim was that it should signal a fresh start. We were deliberately not trying to deal in cinema nostalgia, although the building on Neugasse had been home to a cinema as early as 1913, and that cinema had lasted into the late 1940s. We opted for a new cinema name that would probably be unique anywhere in the world and stand for something distinctive. The independent approach to the programme was complemented by a similar use of the space. The conversion of the cinema foyer into a bar and the later expansion from two to four auditoriums widened the Riffraff’s appeal and its function as a model for others far beyond the city limits.

The Houdini, another new arrival on the Zurich film scene, opened in 2014. How is it different from the Riffraff?

Just as the Riffraff reinterpreted cinema for the 1990s, the idea of the Houdini nearly 20 years later was also the product of a different world. A new cooperative residential complex was planned next to the Kalkbreite building, and this was also intended to house a cinema. The cinema sector was stagnating, and the onward march of digitalisation was already well under way. We considered how an economically viable cinema with a future might be possible on this site, taking account of the new digital possibilities. As a ‘miniplex’, it performed the functions of a multiplex cinema, but its compactness and design make it very different. Five small auditoriums, and airy spaces for catering, provide the framework for a consciously wide range of mainstream and independent films, a significant proportion of which are also aimed at a very young audience.

Cinemas are currently closed, and there is no way of knowing how long this will last. How is coronavirus going to change Zurich as a cinema city in the long term?

The cinema market will continue to shrink, regardless of coronavirus. Even before the pandemic, Zurich had an oversupply of screens. No cinema business is going to emerge from the pandemic unscathed. At the same time, the pandemic is encouraging online film viewing. Something that the cinema sector previously tried with all its might to prevent – a new film being launched in cinemas and on streaming services at the same time – now seems to be becoming a reality. This rather turns the cinema industry’s self-image on its head. It will not only emerge from the crisis in a weaker position, but it will also find itself in a fiercer competitive environment.

How can cinemas respond to this?

To ignore rational, business arguments for a moment, a cinema must never forget that its audiences place their trust in it. Especially when a film is on at several locations at the same time, the audience won’t choose the second-best cinema but the one that suits them best. Even though the film remains the core of what a cinema provides, it cannot rely on that alone. The cinema has to love its audience. It needs to create a stimulating atmosphere and to radiate that in a credible manner. It is a host, an intermediary and a meeting place.

‘Going to the cinema provides a ritual.’

Why is the cinema still needed, despite everything?

Enjoyment of cinema will endure. The unlimited possibilities offered by streaming mean, at the same time, mounting frustration at no longer being able to find your bearings or to make up your mind. Going to the cinema provides a ritual. It requires me to take the time to go out and be willing to immerse myself in a story in the darkness of an auditorium and to forget everything else around me. Even if all the cinemas were to die, they would rise again. I am convinced that each new generation will rediscover film and cinema for itself.

Frank Braun, 56, spent his school years in Winterthur. In the mid-1980s he attended a preparatory course at the Zurich School of Design and started, but did not complete, a course in graphics. After two years at Xenix, he became co-manager of the Morgental cinema in Wollishofen, which he led for eleven years without outside financial assistance until its closure. Frank Braun was co-founder and, for two decades, one of the driving forces behind the Fantoche Animation Film Festival in Baden and also became active as a filmmaker. As a member of the management team at Neugass Kino AG, which runs the Riffraff and Houdini cinemas in Zurich and the Bourbaki in Lucerne, he is responsible for the programme on 13 cinema screens.