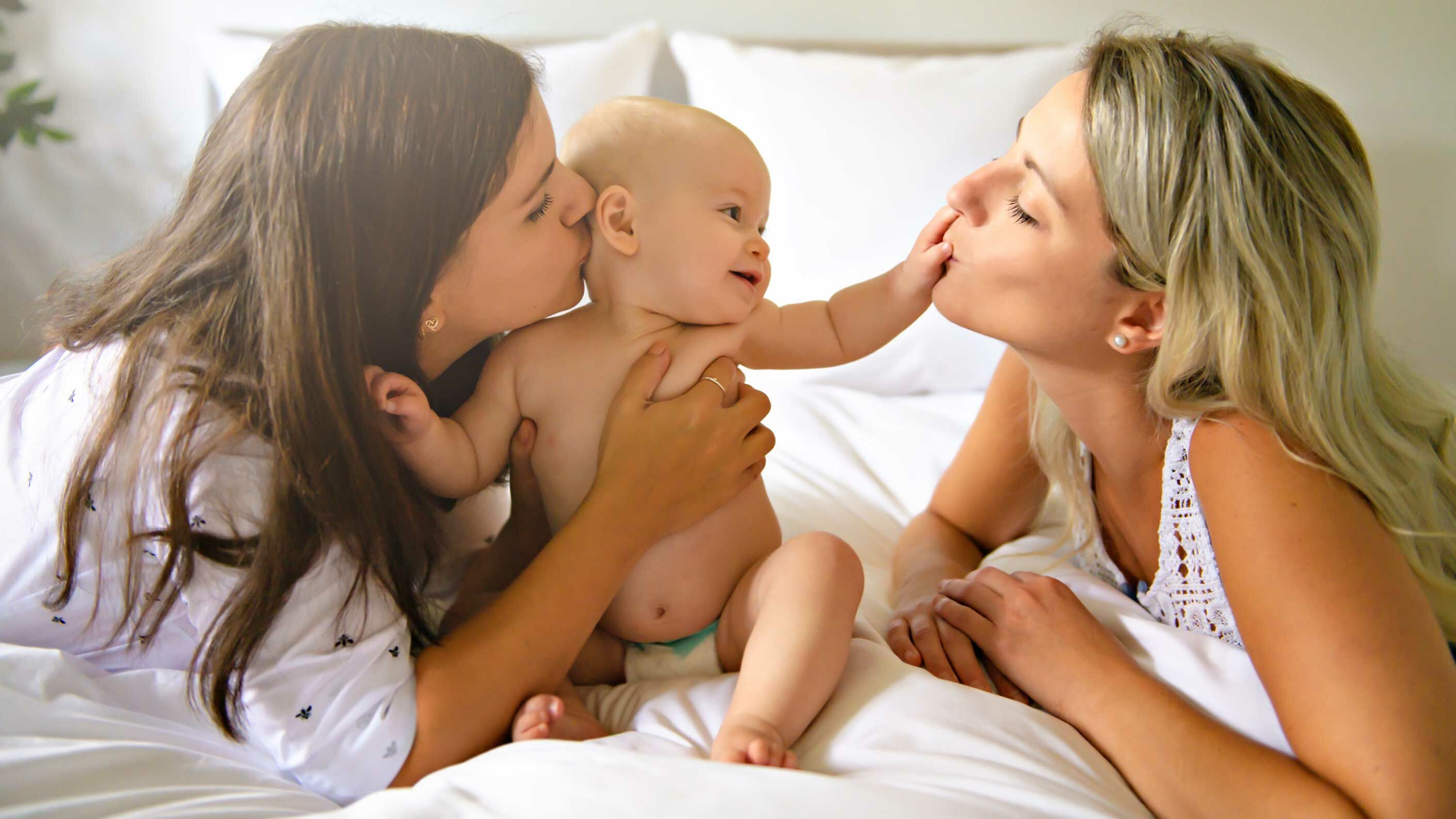 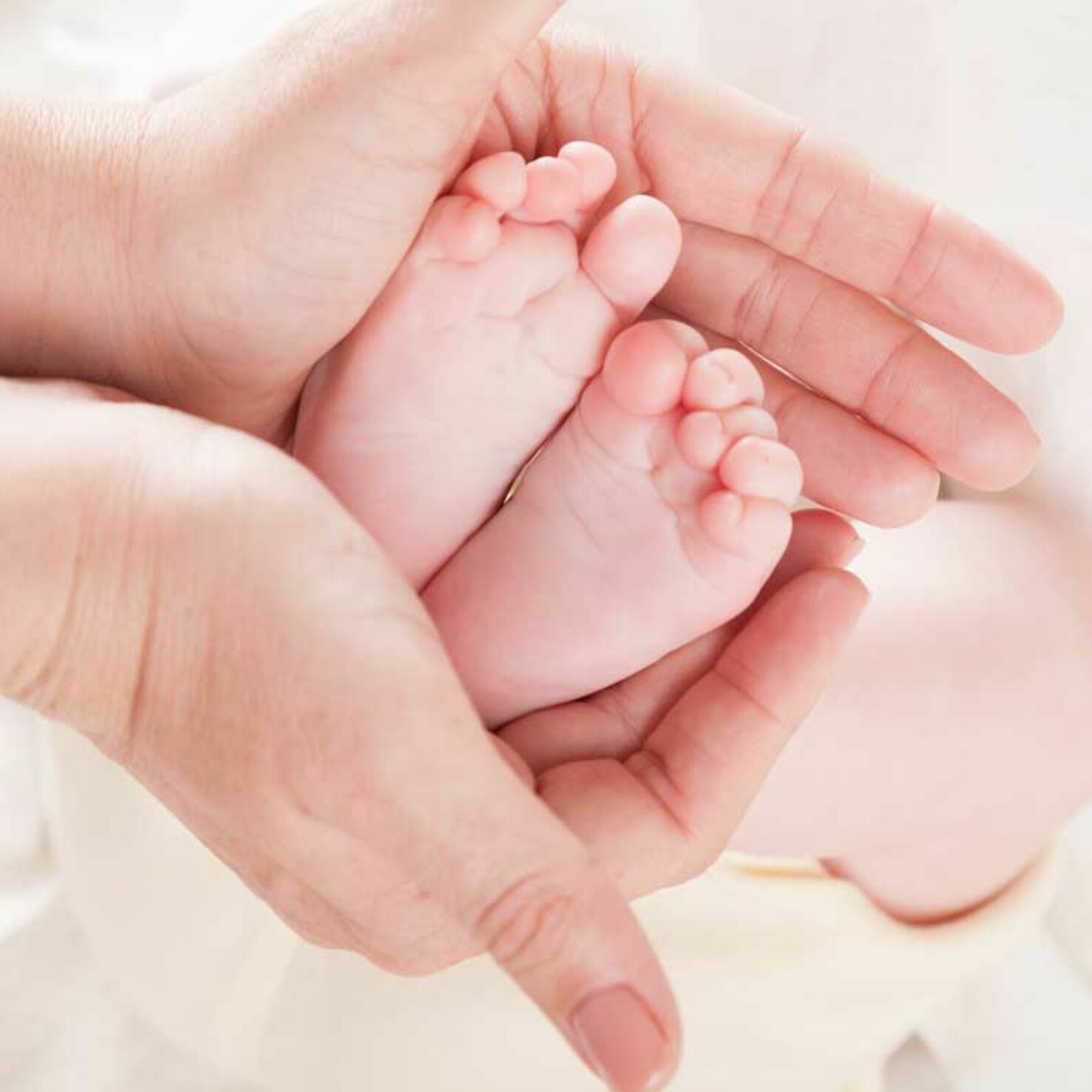 Mothers at last! Two Zurich women long to have a baby together

Two people meet and fall in love. They move in together and after a year or two decide they want to have children. But what about when the couple consists of two women? And, above all, how do they make it happen?

They have booked the artificial insemination procedure for October. Despite the fact that they live in Zurich, the couple will be travelling to Austria for the procedure. Diana and Leonie (not their real names) have decided to go to a clinic in Bregenz. When they visited a few months ago to find out more information, they immediately felt the clinic treated their sexual orientation as irrelevant. Unfortunately, this has been a rare experience since they first decided two years ago that they wanted children.

Diana and Leonie have been together for seven years. Leonie always knew she wanted to have children one day. But when she realised what this meant for a same-sex couple in Switzerland, she began to have misgivings. She even questioned the importance of her relationship with Diana, struggling with the fact that it would all be so much easier if she were with a man. As far as Leonie is concerned, gender is not the most important thing in a relationship. But Diana is good for her as a person. Whatever happens, she knew she wanted to be with her, so she decided to stay. At first, Diana wasn’t keen on having kids, but as her relationship with Leonie developed over the years, she also decided she wanted children.

Should they find a donor among their circle of friends?

Early on, Leonie and Diana spent many hours discussing how best to go ahead. Ideally, they hoped that one of their friends would supply the sperm and take on a kind of godfather role. But if they couldn’t find a friend to do it, they thought they could find a private sperm donor online. Private sperm donation means the fertilisation is not done under medical supervision in a clinic but at home, for example using the cup method. Diana and Leonie would be able to meet these men to decide whether they could be suitable donors. They wanted it to be someone local as they felt it was important for the child to know where he or she came from and that their biological father was around.

But Diana and Leonie felt they needed more information before they could decide on the next steps. They went along to two information events organised by the Swiss Rainbow Families organisation. But what they found out brought them back down to earth with a bump. Their dream collapsed like a house of cards. Apparently, their plan was feasible, but the family is protected by law. This means that even if the sperm donor signs a contract saying he will play no part in the child’s upbringing he still retains the right to claim paternity. So if he changes his mind after the birth, the law will uphold his parental rights. As it is not possible to have more than two legal parents, this would mean the non-birth mother couldn’t adopt the child. There would be no legal relationship between her and the child.

The authorities have a certain amount of leeway.

On top of this, they have to contend with Switzerland’s Child and Adult Protective Services (KESB). The child’s birth has to be recorded in the electronic birth register, including fields marked ‘mother’ and ‘father’. For lesbian couples, the second field is left empty. The case is then reported to the KESB, which has the job of ascertaining who is the father and even has the power to appoint a guardian. In a worst-case scenario, the guardian could even file a paternity suit. However, all this can vary because the authorities have a certain amount of leeway and operate differently (for example, there are 13 KESBs in the canton of Zurich alone). So it might all work out – or it might not. There is a total lack of legal certainty.

The fight continues after the birth.

Diana and Leonie were glad they had done their research but felt frightened by what they found out. They decided to abandon their original plan. Sperm banks offer an alternative route because the biological father remains anonymous after the birth. This means he cannot claim any parental rights and the KESB usually refrains from further investigations.

Same-sex couples in Switzerland are denied access to artificial insemination, but it is allowed in more than a dozen European countries, including Austria. The exact laws vary from country to country. In Austria, children over the age of 14 have the right to obtain information about the donor, but he remains anonymous until then. The couple decided to follow this route. They think they can offer their child everything it needs without recourse to a biological father.

As teachers, Diana and Leonie regularly deal with kids who are neglected by their parents, and they always do what they can to help these children. But they often think about how these parents never had to justify their reasons for having children – because they were heterosexual couples. Diana and Leonie find this infuriating. Even after the birth, they know they will still have to jump through hoops. The child will have to be adopted by the non-birth mother. There are no paternity rights for lesbian couples; they are simply governed by the laws relating to the adoption of stepchildren. Leonie will be the non-birth mother of the first child and will have to live with him or her for at least a year. This is the only way to ensure that the information in the birth register finally reflects their real-life situation. During this time, and throughout the adoption procedure (which can take from 6 to 18 months), the child and the non-birth mother have no legal relationship. So what happens if the couple separates? What does it mean if the biological mother dies? There is no clear-cut legal answer. In such cases, the authorities are required to act in the best interests of the child, but they can interpret this as they wish.

The couple find it infuriating.

Despite all this, the two women are excited about their appointment in Bregenz. It’s good to have made a decision and see a clear way ahead. They know they will be good parents. Their friends agree with them, and are very supportive of their plans, but Diana and Leonie are well aware that not everyone in Swiss society thinks the same. It is hard when the Swiss authorities know there are options but deliberately place obstacles in the way. Diana and Leonie would like more people to come into contact with rainbow families so they can see how these children also grow up happy and healthy. This would help to make society more tolerant and change people’s stereotyped ways of thinking. That’s why – along with a healthy child – their wish is for same-sex marriage to be legalised and to include access to artificial insemination. This would make the future easier for their own children and those of so many others. At the end of the day, it is not only family that is important for children, but also the society they grow up in.