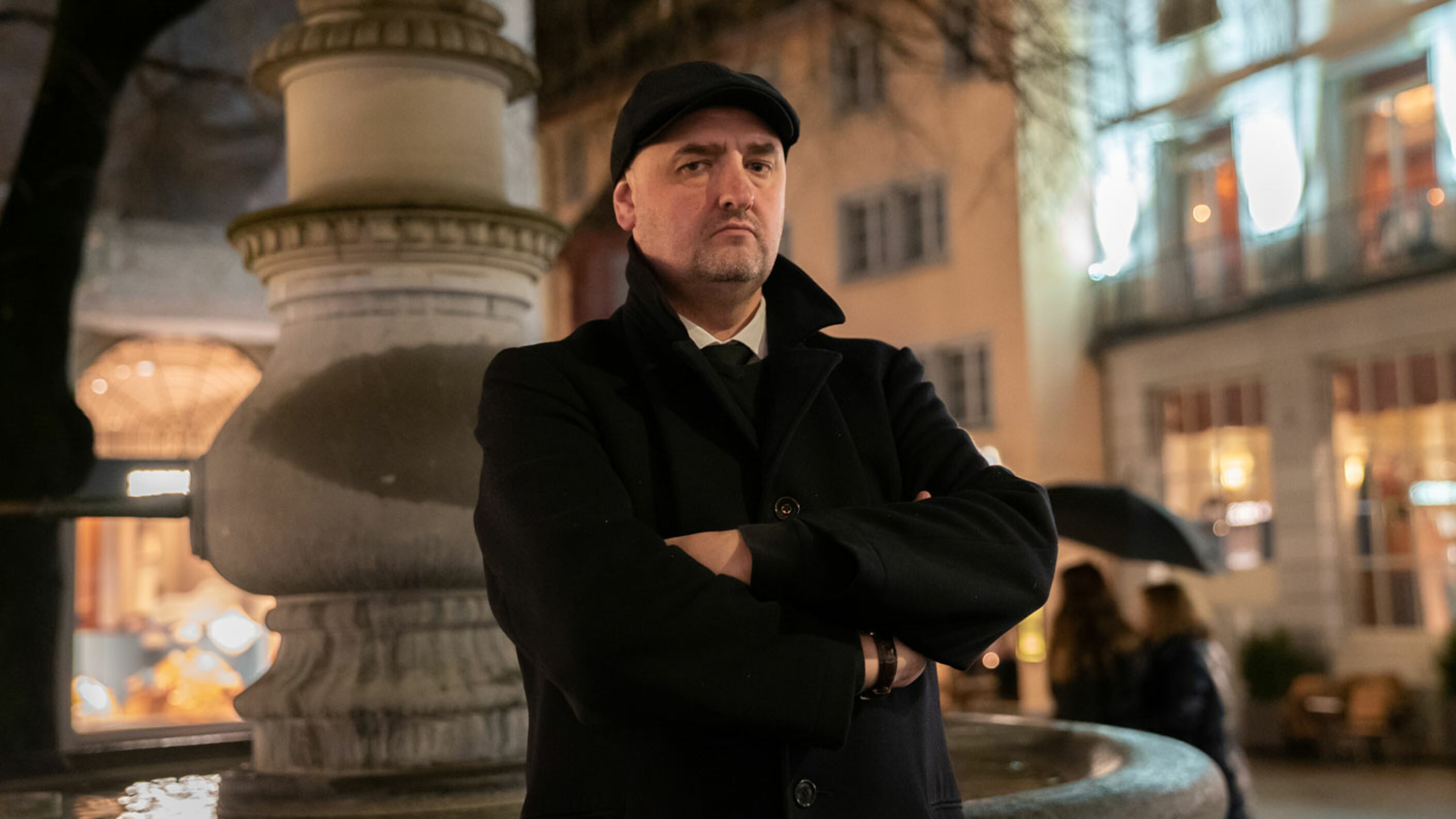 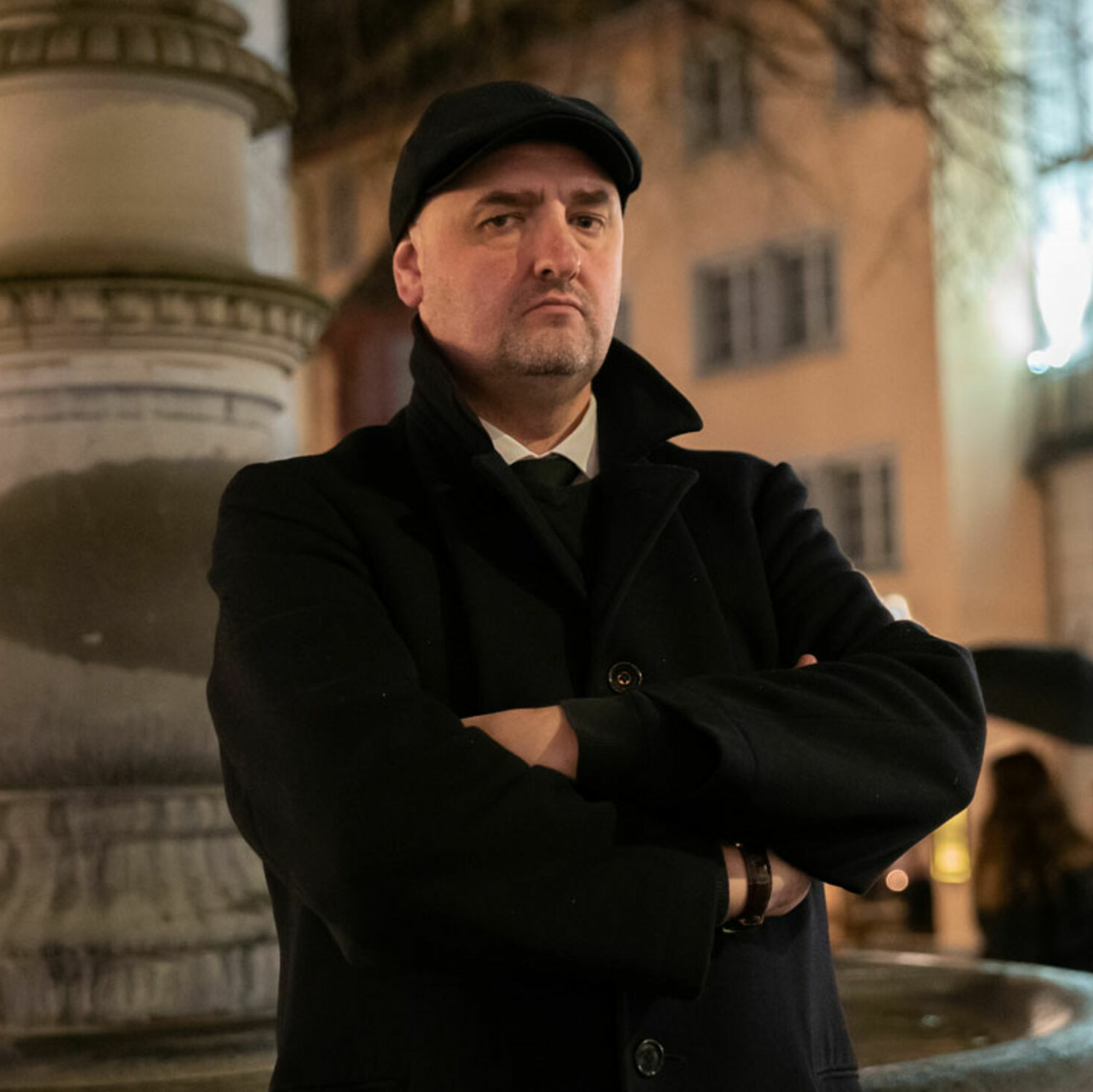 ‘This is where the devil wrote his diary’

Zurich is also the haunt of spirits and poltergeists. Reginald Dent takes us on a tour – and gives us the heebie-jeebies.

‘...but his head was never found,’ says Reginald Dent, raises his eyebrows meaningfully. At this very moment, an icy wind blows across the square. Something crashes to the ground nearby, making some members of our tour group jump. It was just the wind... wasn’t it?

The weather would have been disappointing if we’d been on any other city tour. But the gloomy, damp atmosphere is perfect for a Ghost Walk. We’re halfway through our tour with Ghost Walk guide Reginald Dent. One of the women in the group keeps looking nervously over her shoulder – the whole thing seems to be giving her the creeps.

Reginald just smiles and says: ‘So far about 50 people have fainted during our Ghost Walks.’ He has been entertaining tourists with his city tours since 1998. He started out in his hometown of York, a city famous for being the ‘ghost capital’ of Europe. A friend asked him if he would like to take over one of his ghost tours. In the end he did it for seven years.

It was on a ghost tour that he met his future wife, who hailed from Zurich: ‘It was actually my day off,’ Reginald remembers. But a colleague had called in sick, so he took over his tour. So ghosts can be matchmakers too? Reginald moved to Switzerland in 2003. Today, the Paranormal Entertainer not only leads ghost tours but can also be booked as a palm reader for corporate and private events.

‘So far about 50 people have fainted during our Ghost Walks.’

As we continue our tour, could it be that we’re all huddling a little closer than before? Maybe. But it’s not because we’re afraid someone will jump out dressed as a ghostly figure. There’s just Reginald. But with his long, elegant black coat, doctor’s bag, cut-glass British accent and serious gaze, his tales affect us all. It’s not as if he’s deadly serious, in fact he makes us laugh more than once with his dry British humour.

He takes us to a house in Niederdorf and tells us that a high priest used to live here. ‘But this is also where the devil wrote his diary,’ says Reginald. The devil’s diary? In Niederdorf? Protected by a poltergeist? We look at the building with new eyes. It looks like it’s being renovated and is covered in scaffolding. It certainly doesn’t look very inviting – at twilight, abandoned and dripping in the rain. The song ‘This Ole House’ goes around in my head.

In broad daylight we would probably have barely noticed the house. But now the more faint-hearted members of the group won’t even look at it. What if one of the shadows that Reginald told us about goes flitting by? Better to focus all our attention on him.

When we finally turn back towards our starting point, some of the group seem almost too relieved. Just so you know, our guide has never actually seen a ghost, but he quotes the words of French writer Madame de Staël: ‘Je n’y crois pas, mais je les crains’ – I don’t believe in them, but I fear them.

The Ghost Walks take place every Friday at 8 pm and are held in English. Meet in front of the Zeughauskeller fountain on Paradeplatz. There is no need to book. Price per person: 15 francs. More details here.