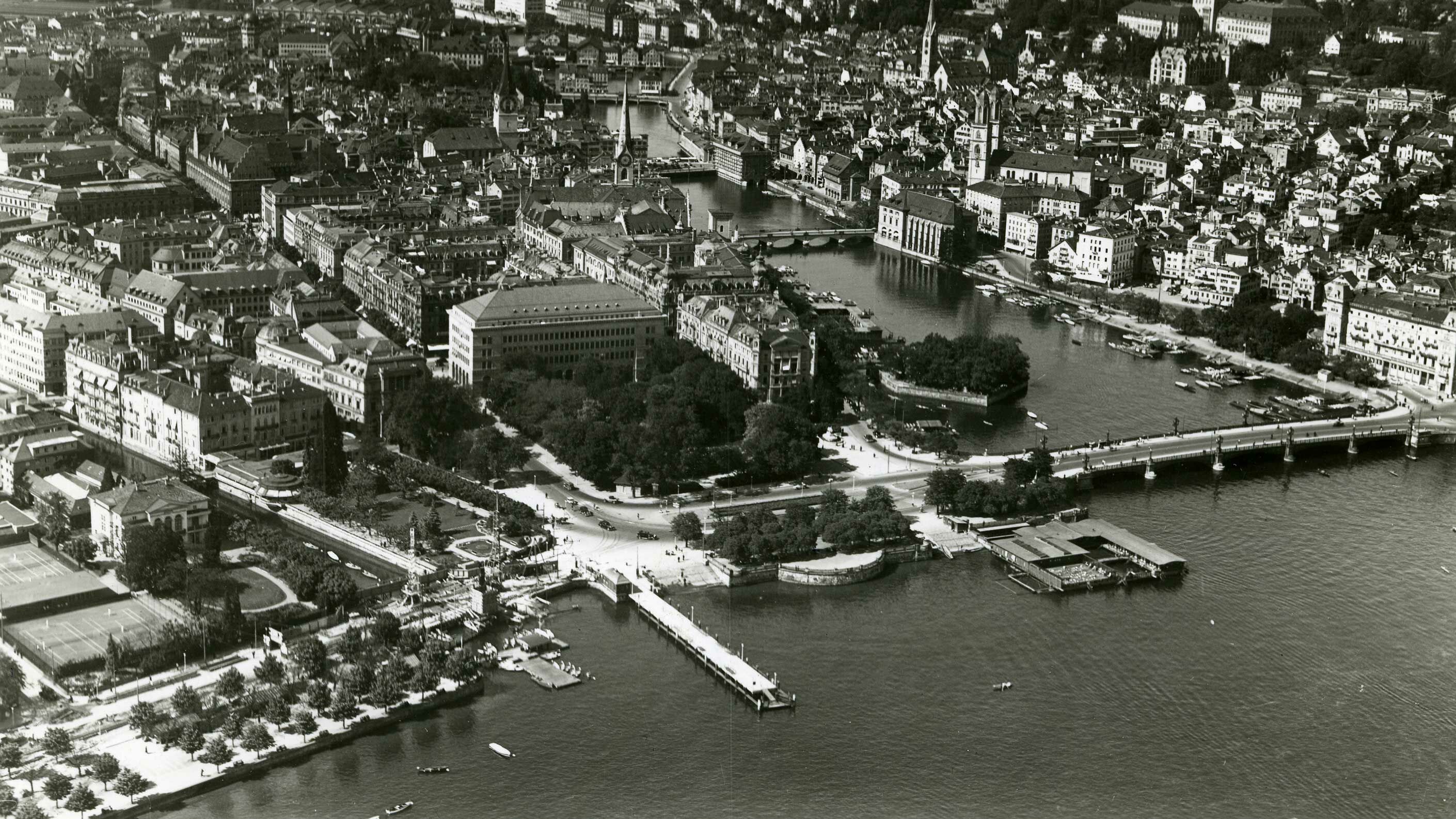 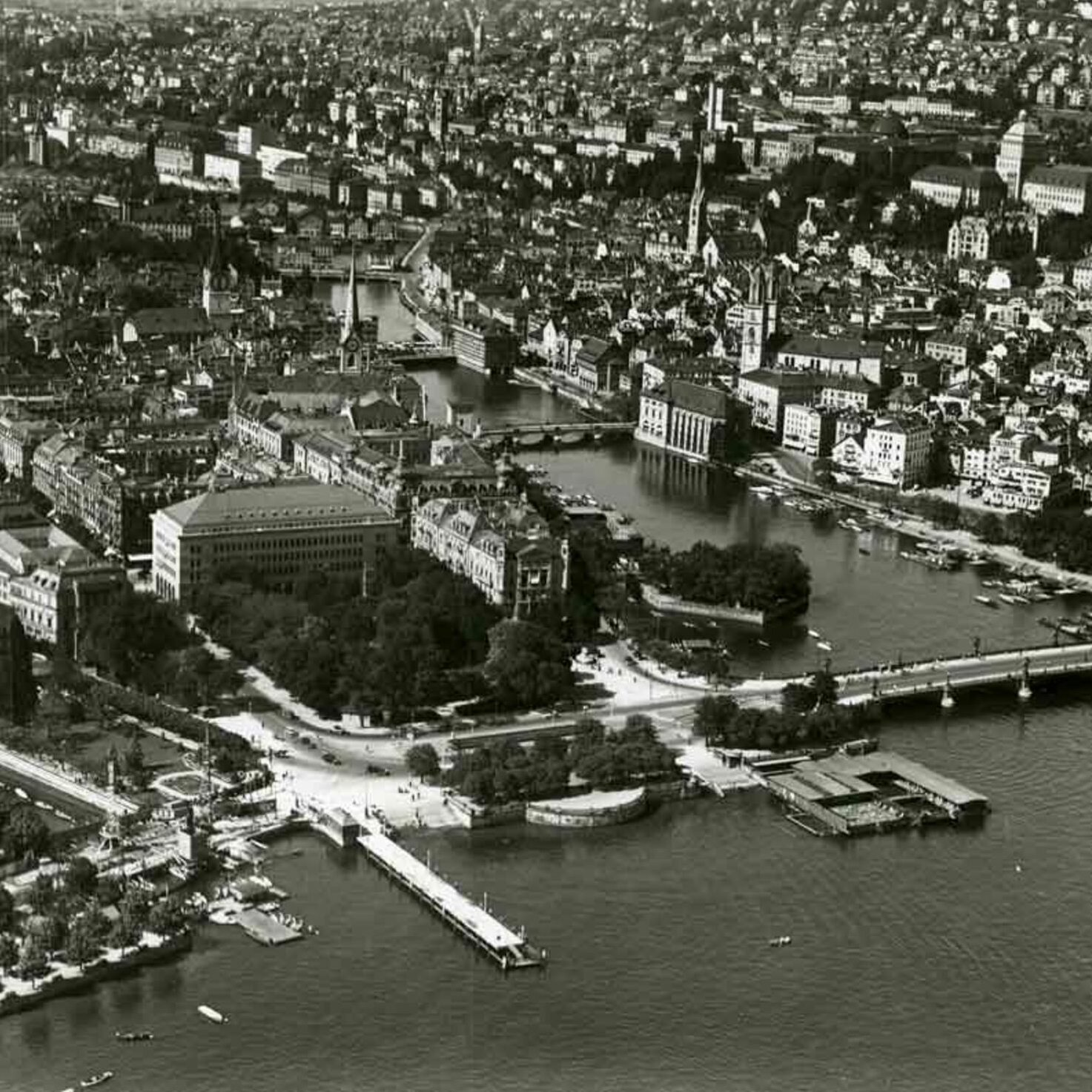 Bürkliplatz is one of the city’s most central squares, close to the lake, the Limmat and Bahnhofstrasse. Every day, thousands of people cross Bürkliplatz on foot, by bike, car and tram. But this square in the heart of Zurich also tempts you to linger. Several times a week it hosts open-air markets, along with dances in the warm summer months and candle-making in December. The square itself may be unremarkable, but it has an eventful history.

Bürkliplatz is named after Arnold Bürkli, Zurich’s first municipal engineer. Between 1860 and 1880, Arnold Bürkli was not only responsible for the construction of the Bahnhofsbrücke and Bahnhofstrasse but also planned the city’s Stadelhofen and Industriequartier districts.

Between 1882 and 1887 he focused his efforts on the area around today’s Bürkliplatz. The old city walls that once stood here had been demolished in the previous decades, and now Bürkli, as head of the ‘Quay Construction Commission’, planned to ensure that Zurich had access to the lake. He used the rubble from the old city walls to build the quay and oversaw the construction of today’s lakeside promenades and the Stadthausplatz, which was completed in 1887.

Bürkliplatz is right in the heart of Zurich.

In 1908, the square was named Bürkliplatz in honour of the engineer who headed up the construction project. Arnold Bürkli was also recognised with a memorial in the Arboretum, the park at the western end of the quay.

In the 1930s, Bürkliplatz and the Quaibrücke, which connects it to Bellevueplatz, were modified to allow tram traffic. The bridge extension and new tram tracks are now key elements of Bürkliplatz as we know it today.

Since 1952, a bronze statue by Swiss sculptor Hermann Hubacher stands beneath mighty maples on the Bürkliterrasse, a slight elevation on Bürkliplatz. Hubacher completed his sculpture, Abduction to Olympia, for the city of Zurich. The word ‘Ganymed’ is spelled out in capital letters on its base – the name of the boy it depicts. In Greek mythology Ganymede was considered to embody the ideal of male beauty. Before him stands an eagle, the symbol of Zeus, the father of the gods. 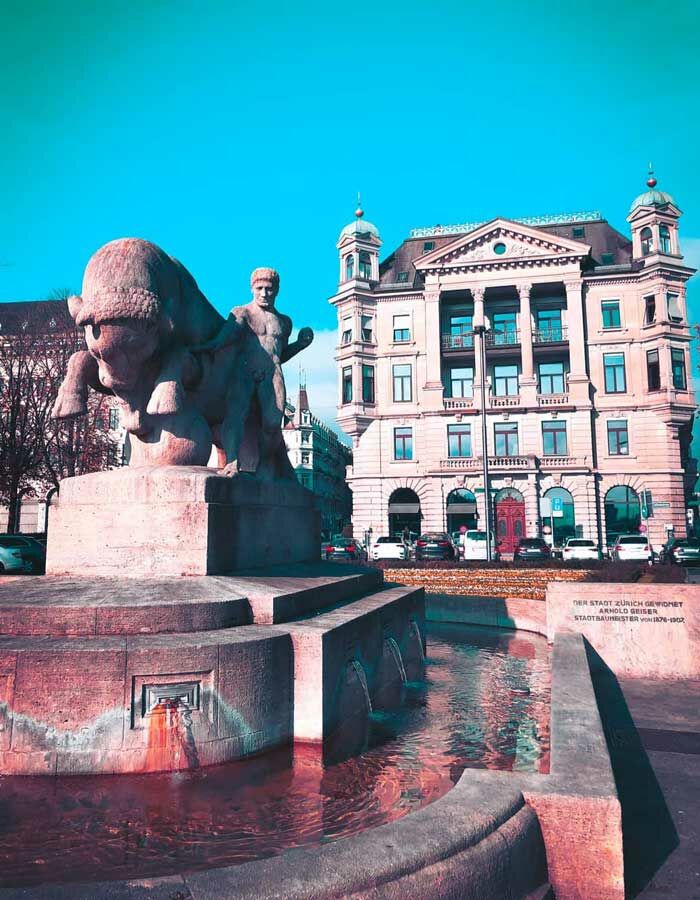 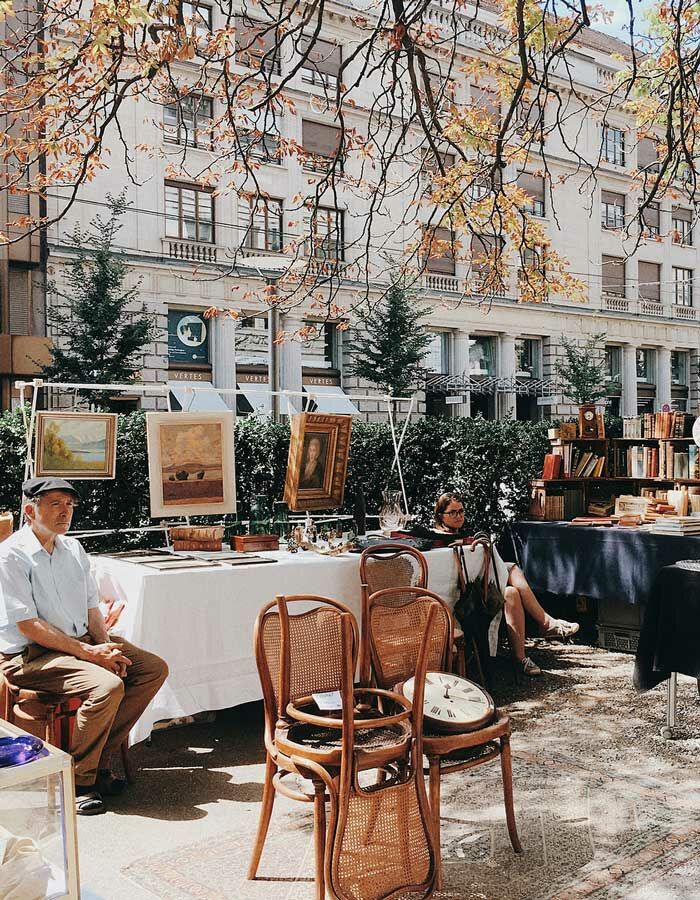 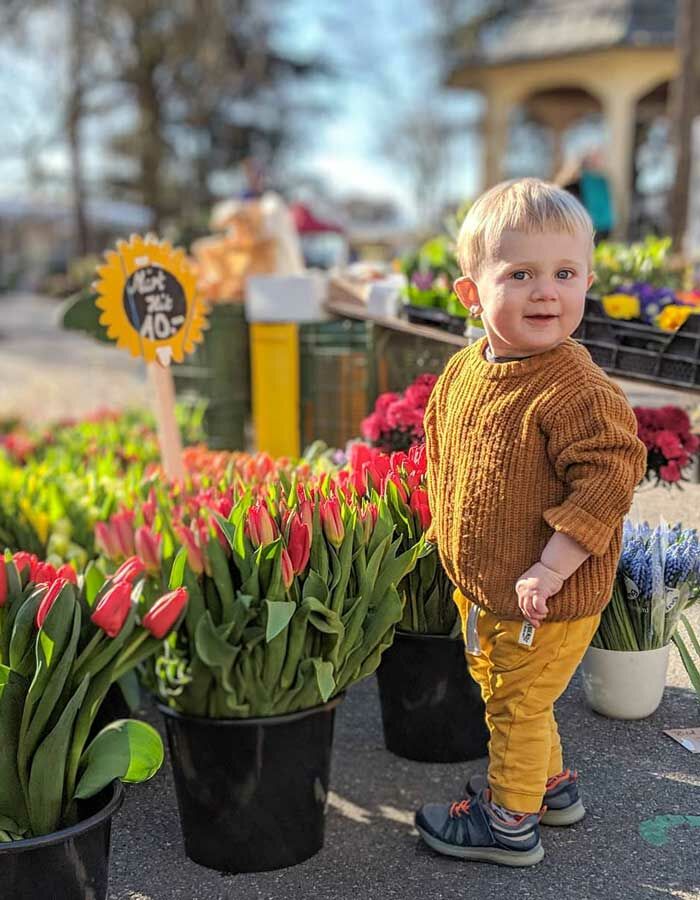 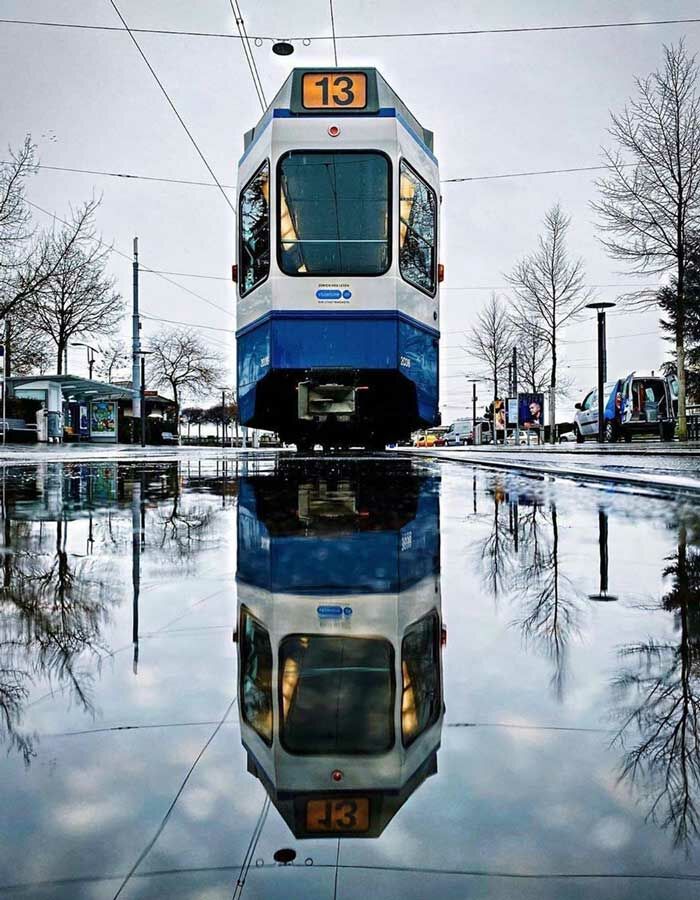 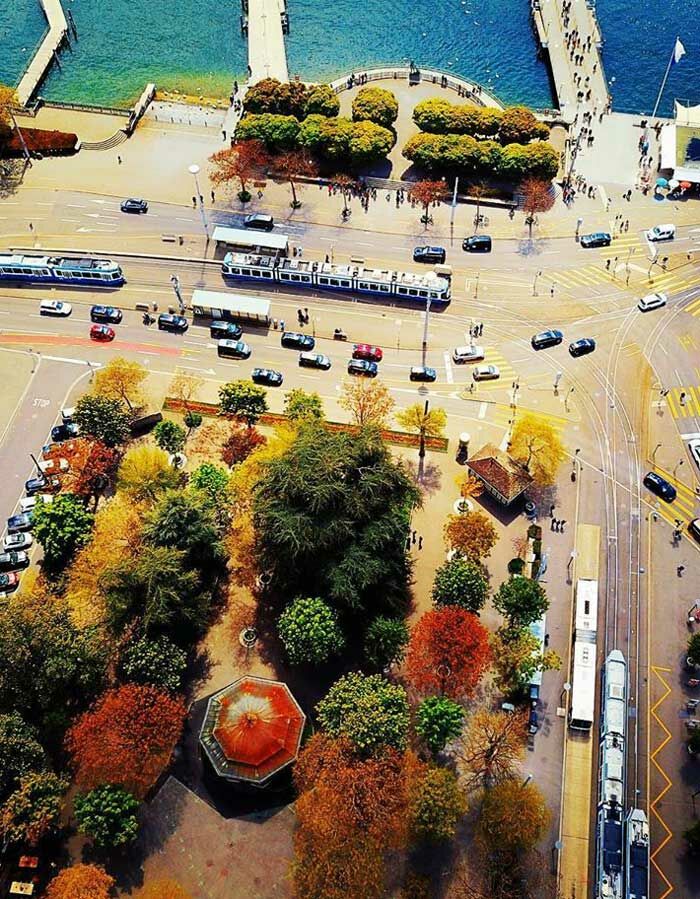 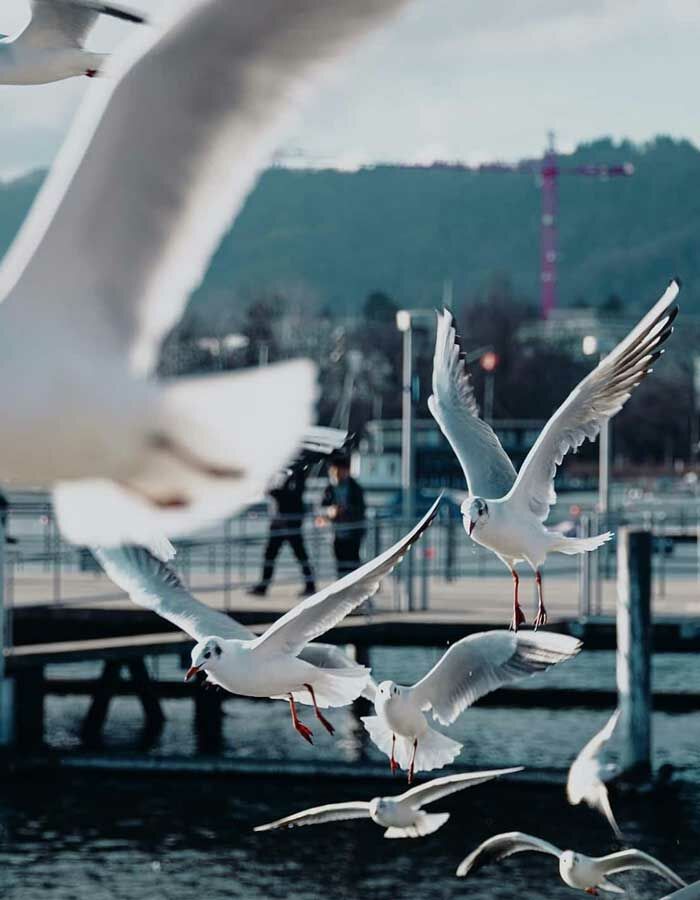 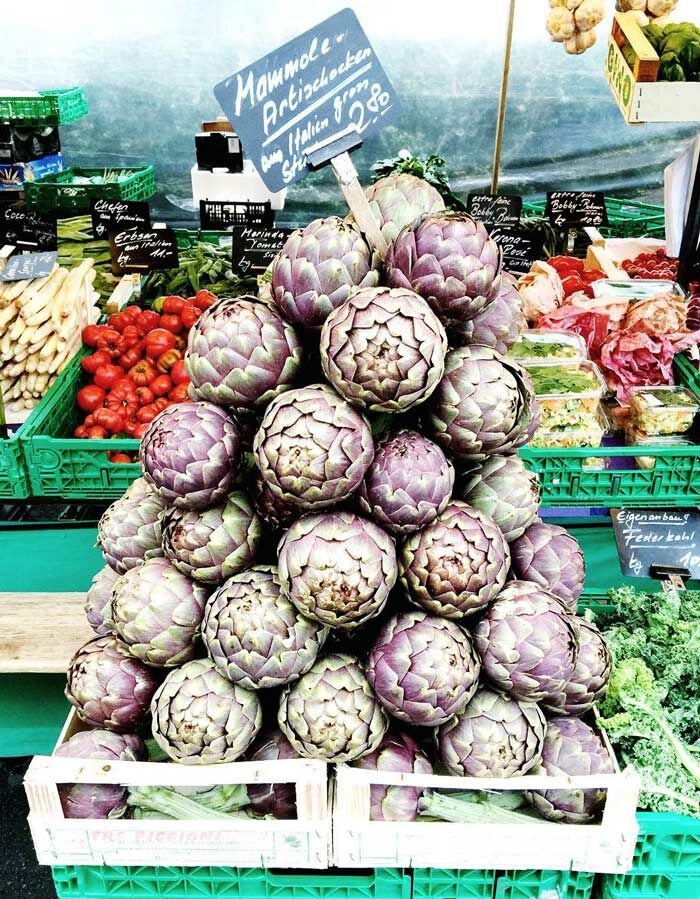 According to legend, Zeus was overwhelmed with desire for Ganymede because of his beauty and abducted him to Olympus. The pedestal bears the first words of Goethe’s poem Ganymed: ‘How in the morning light you glow around me, beloved Spring!’

The impetus for Hubacher to complete the work in 1942 came from the art historian Heinrich Wölfflin. In a letter to Hubacher, Wölfflin dreamed of a ‘male figure with strict form and harmonious beauty’. This was the year in which homosexual relationships between consenting adults were decriminalised in Zurich. During this wartime period, Switzerland, and especially Zurich, became a refuge for homosexuals who were still suffering persecution, discrimination and marginalisation elsewhere.

Zurich became the gay capital of Europe. That’s why, when the Ganymed sculpture was unveiled in 1952, the gay newspaper Der Kreis wrote: ‘May the artwork refute in the most beautiful way the assertion of the inferiority of our inclination and become a powerful weapon against prejudice and ignorance.’ Ganymede, the unremarkable boy in Bürkliplatz, became an important symbol for many members of Zurich’s gay movement.

Only men were allowed to bath here.

But it wasn’t only Ganymede’s statue that drew men to Bürkliplatz. From 1840 to 1964 it was also a place where they could bathe and soak up the sun.

Originally designed as a simple swimming bath where men and women were separated by wooden partitions, it was given a complete overhaul in 1883. This led to the creation of the Badi, a men-only bathing area that could be moved around by boats.

The Badi floated in front of the Baur au Lac for a while, before being brought to Bürkliplatz. Until 1964 it was the ideal spot for men to while away hot summer days and cool off in the lake. But the facility increasingly fell into disrepair and one day a violent storm swept across Zurich, causing it to capsize. The floats filled up with water and a large part of the pool sank into the lake. The city council has long dangled the prospect of a new pool, but so far nothing has materialised.