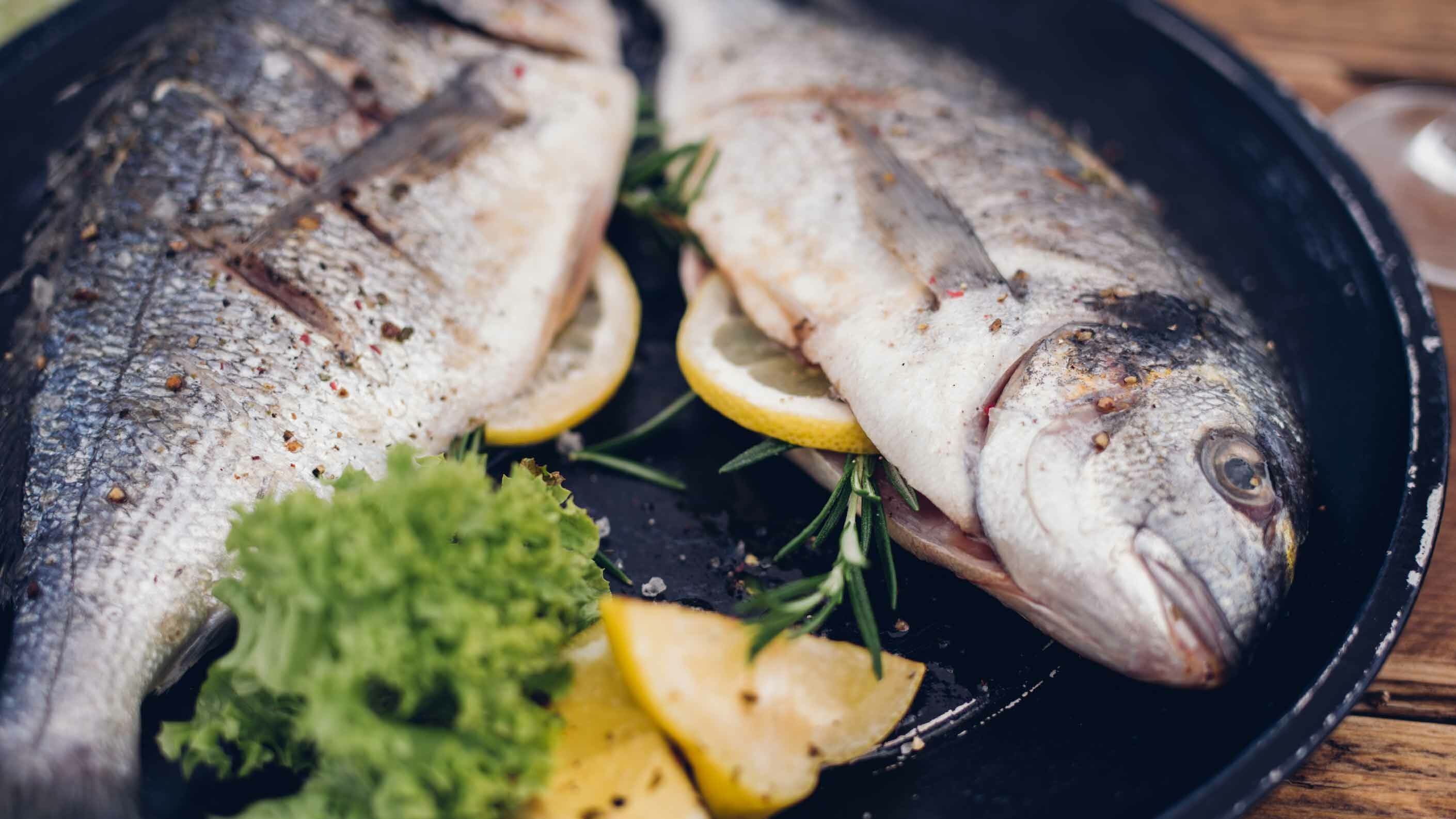 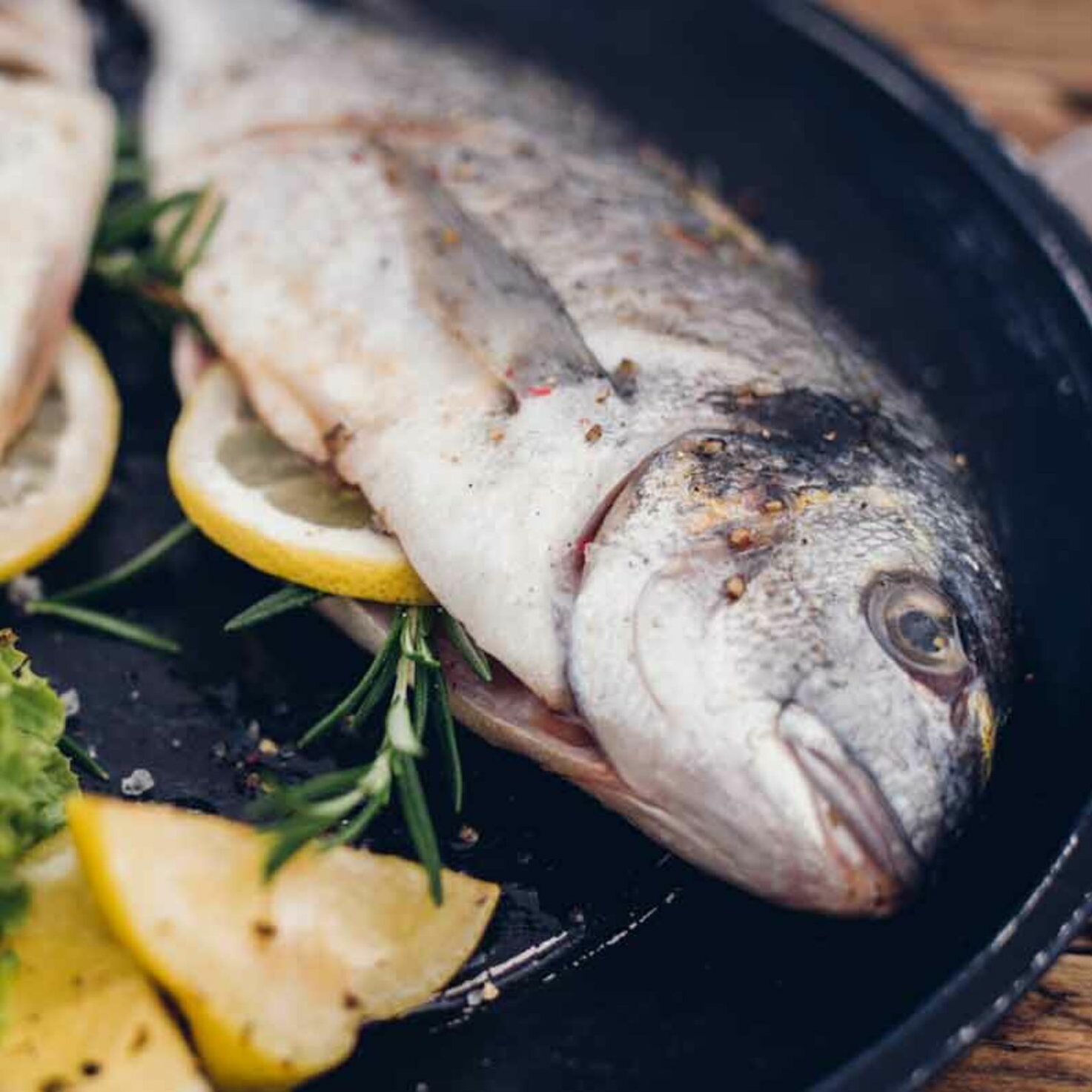 These days, even in a pub, you’re normally asked how you want your burger. But when you order fish, it’s the chef who decides. Our food writer Hans Georg ‘HG’ Hildebrandt wonders why – and gives us a few tips.

On the Limmatquai there’s a restaurant that seems like another world to Zurich’s residents. Its website proudly proclaims that it is ‘perhaps the best fish restaurant in the town’. As it happens, I recently had a craving for sole, along with a little spare time and a little spare cash. So I conducted – and lost – an ethical debate with myself (‘The fish is already dead.’ ‘You’re very stupid for a grown man. The consumer has the power...’ ‘I’m hungry. It’s delicious. It’s late.’ ‘Whatever.’) and headed for the restaurant to treat myself to a tasty flatfish.

It was 9.30 in the evening, but I managed to snag a small table outdoors. The restaurant was busy, and my wine-loving waiter gave me a great tip (Casón Hirschprunn Bianco, 2016, from Lageder, though the price made me wince). I ordered black venere rice to go with my sole. It was late, so the kitchen crew stepped on the gas. It was nearly closing time and they still had to clean up. But they applied a little too much gas – when my grilled sole arrived it was totally overcooked (though the rice was excellent). It was no pleasure to eat my 55-franc piece of fish, but I didn’t complain. Perfectly cooked fish is a trickier issue than perfectly cooked meat. When I cook fish at home it’s often too translucent and slippery for my guests, but for me there’s nothing worse than allowing the clear, delicious jus to turn to mush in the pan or sizzle away on the grill.

My overcooked fish was probably an anomaly.

At the restaurant, I assume the cook is told by the chef to err on the side of overcooking the fish. After all, the Limmatquai’s clientele consists mainly of tourists who want something solid when eating at Gault Millau level. Later on, I phoned the restaurant’s head chef Lucio Paiano and asked if he would give me a funny look if I ordered my sole ‘translucent’ next time. ‘Not at all,’ he said, ‘the sole is perfectly done when you can pull the flesh off the bone with a fork. At this point, the flesh is translucent.’ He explained how to cook it: first, grill the sole on both sides for about 2 minutes so that it has grill marks and a roasted flavour. Then bake it in the oven for 10–11 minutes. ‘If we have time, we finish it under the salamander because it’s easier to adjust the heat.’

Voilà, now I know. So would I advise against eating at Bianchi because of this overdone sole? No, the chef knows what he’s doing, and my overcooked fish was probably an anomaly. But the experience gave me food for thought. So let’s go back to the issue of fish and ask a few questions:

1) Which fish restaurants in Zurich offer interesting dishes and an unusual selection? Off the top of my head, I couldn’t think of a single one. That convinced me that Zurich’s restaurants tend to view fish as a sideshow. Either that, or they are ridiculously expensive and often a bit stuffy. The oyster bar on Gotthardstrasse may be popular, but I don’t want to go there all the time, despite its trendy sushi menu. The Wolfbächli in Hottingen serves up sole, monkfish, loup de mer, turbot and scampi from South Africa – a selection that I find deathly boring. And Tripadvisor’s list of Zurich’s best fish restaurants gives third place to Nordsee in the main station. In other words, I’m open to suggestions.

2) When I order fish in a restaurant, why don’t they ask me how I like my fish? When I eat turbot, I like it translucent, and the same goes for the much-underrated cod. It makes no sense to cook fish at over 70 degrees. As a side note, the Basque ‘al Pil-Pil’ method is a way of cooking fish in olive oil and allowing the protein jus to run out and emulsify by shaking the pan over the flame. It is then served with the fish as a sauce.

3) Is it okay to eat fish from industrial sea fishing? No. In my view, that’s even worse than eating meat. Fish from the Cantabrian Sea that is caught by local fishermen and exported straight to Switzerland is at least halfway acceptable from an ethical point of view. These fishermen are not keen to destroy their own livelihoods, so they take care to ensure fish stocks are maintained. Perhaps naively, I believe the same applies to MSC cod. After all, it’s recommended by the WWF.

4) What about farmed fish? It’s probably just about okay if it’s farmed in Europe. Apart from salmon, that notorious pork of the oceans. Here too, there are producers who want to protect their livelihoods. If you opt for organic salmon from Migros or Coop, or salmon farmed in Switzerland, you’ll pay a premium, but I think you’ll get an okay product. But fish like tilapia, pangasius and catfish that are farmed in terrible conditions in the Far East to be served up in Western canteens on a Friday? Nope! It has no flavour and can be replaced by legumes. What about industrially produced battered fish? Nope! Farmed turbot? Maybe now and then, but it’s as expensive as wild-caught fish so someone is making an indecent profit here. I don’t touch it. There’s so much confusion about sustainable seafood labels that I can’t digest it all. The best thing is to eat it less often.

5) What about freshwater fish? If it’s wild fish that is caught locally, of course that’s fine. If it’s farmed, then only occasionally. Trout, perch and zander can all be farmed successfully but – as with any farming – it can be a problem if they are fed on animal protein and kept in cramped conditions.

6) What about the ethical debate you mentioned earlier? I’m weak when it comes to food. I don’t want to go without certain pleasures, if only because it’s taken me years to learn how to cook them properly. I also find it hard to change my habits. So I’ll leave you with a final tip: a fishmongers called Pesca d’Or in Sihlbrugg. Here you can buy fish that is just as fresh as at Globus, but much cheaper. But, of course, its supply chain (and its fish restaurant housed in a characterless commercial building) are the devil’s work. A lot of their seafood comes from New Zealand and other fishing grounds that should really be left alone. But nobody does – because if we don’t eat the fish, the unscrupulous Chinese will. From time to time, I can also be spotted at Migros on Kreuzplatz. They sell more unusual fish varieties than at Globus and give good advice.

7) Here’s my basic method for cooking fish: Take the fish out of the fridge 45 minutes before you want to start cooking. Work on 75 grams of fish fillets (in their skin) per person. Marinate in cool Shirodashi (mild Dashi vinegar). Foam half a teaspoon of clarified butter and half a teaspoon of normal butter in a pan, remove from the heat and add the fish fillet (in its skin). Return the pan to the stove and turn up the heat if you like the skin a little crispy. Once the fish is lightly browned, place it on a pre-warmed white plate and bake in the oven at 160 degrees until it is done to your taste (about 10 minutes).

While cooking the fish, you can also throw other seafood in the pan, such as different kinds of mussels, clams and crustaceans (organically farmed shrimps). These add colour and variety to your dish and are not threatened species. By using them to enhance and fill out your dish, you can use less of the fish that are becoming increasingly scarce thanks to global overconsumption. That’s why I normally use fish to enhance a dish of carbs and vegetables (such as lemon risotto) rather than as the main act. Simmer the stock made of butter, other ingredients, fish jus and the obligatory dash of white wine or dry white vermouth then pour over the cooked fish. How does it taste? As good as any fish restaurant.

These are the 10 favourite places of the hellozurich community