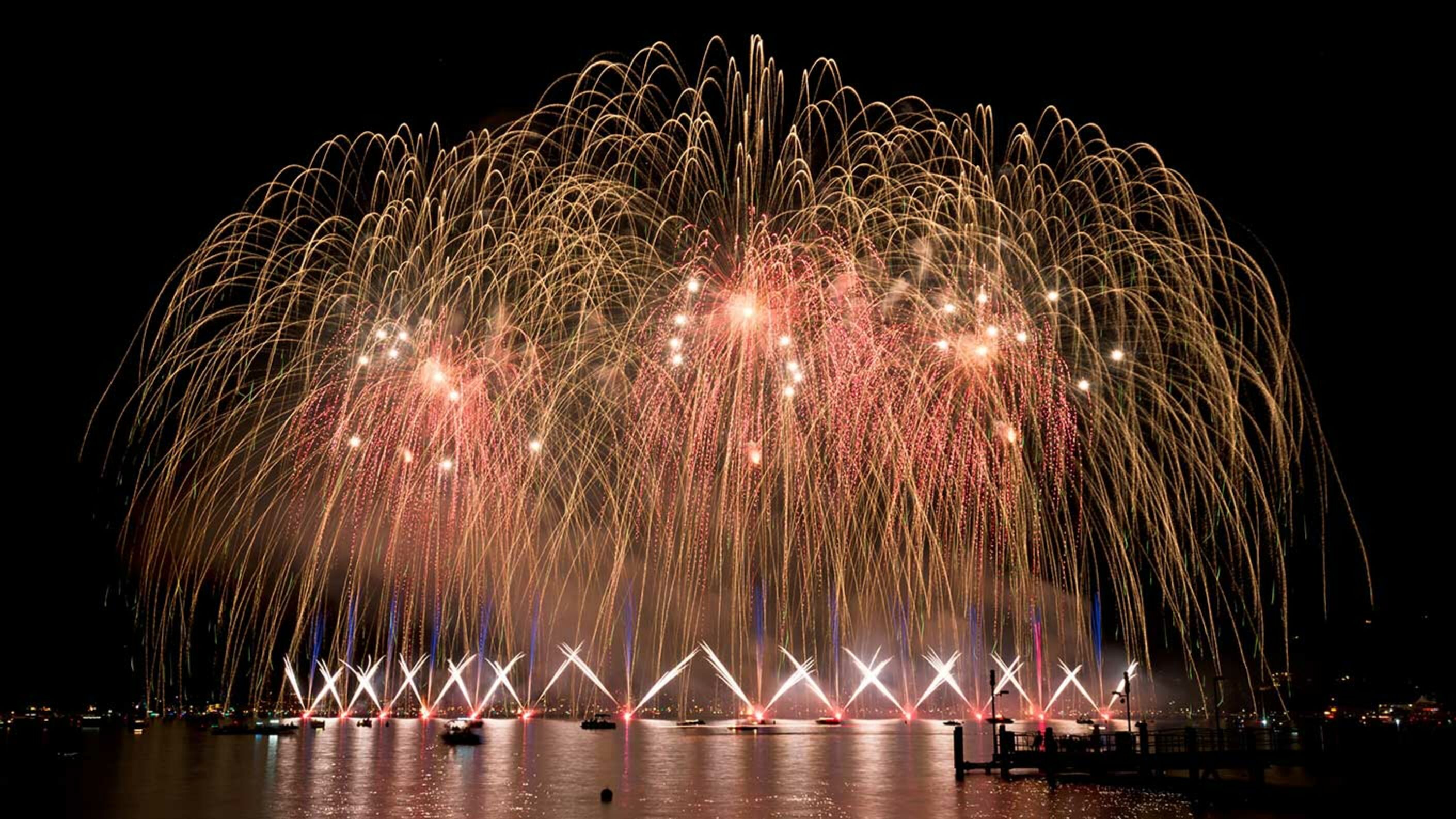 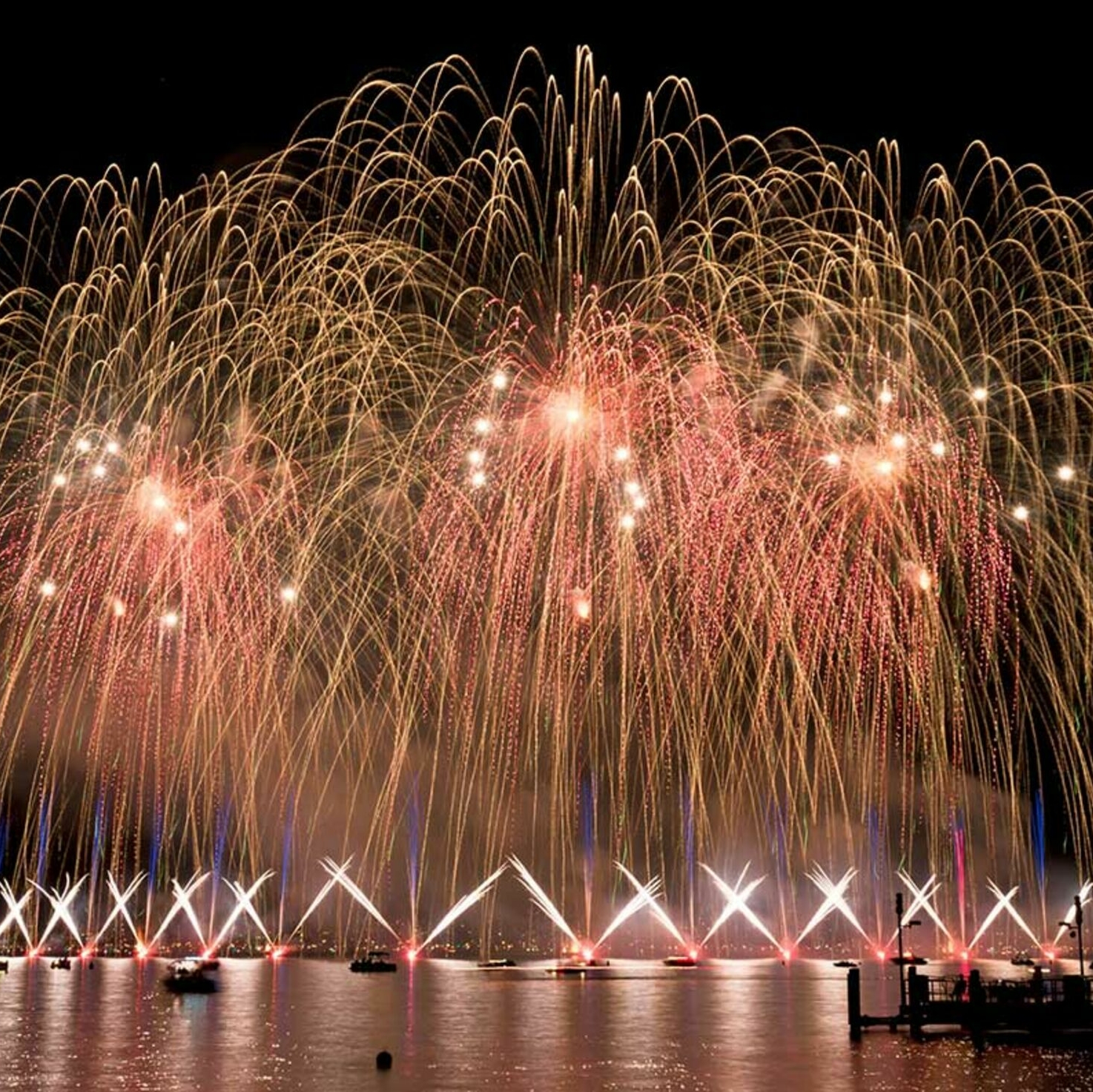 2 million people will be attending the Züri Fäscht festival. But how fast will hearts be racing? And how long will the Chilbi fair be running? We have the numbers.

The symbol of Zurich and of the festival – the lion – is here to stay. He has also kept his mane of fireworks. Apart from this, the organising committee has given the festival a complete makeover. Together with the lion, the festival’s new, brightly coloured marketing poster is emblazoned with chips, fireworks, a disco ball in an ice cream cone and other festival highlights. The website has also been revamped. The Züri Fäscht app, which was first created in 2013, is also on hand to help festival-goers quickly locate fairgrounds and toilets.

There is a new attraction at this year’s Züri Fäscht: 150 drones will use colourful lights to draw 3D images onto the night sky for two spectacular performances on both Saturday and Sunday night. Music will accompany the show, just like during a firework display. The drones are 100% powered by green electricity and are virtually emission-free. Who knows when they might completely replace traditional fireworks in the future ...

Another new attraction this year is the zip line running from Lindenhof to Limmatquai. A zip line is a pulley suspended on a cable, usually made of stainless steel, which people can glide along. Tickets can be bought from Lindenhof.

This year’s volume regulations have sparked debate. With one exception, the city council has insisted on a new limit of 93 decibels until half past midnight, and only 90 decibels after this time. This new regulation is a thorn in the side of operators of stands that play music and some of the 60 planned live music acts.

The climate protection organisation myclimate has worked out that this year’s Züri Fäscht will emit 463 tons fewer pollutants than in 2016. The reason for this is a better energy policy and a new attitude towards consumables. To compensate for the total emissions, 21,000 Swiss francs will also be donated to various climate protection projects. myclimate will also be running a stand with a CO2 footprint calculator and climate-neutral ice creams.

After a five-year break, the Freestyle.ch event is back and will be taking place at Landiwiese. The shows include FMX, BMX and electric motocross displays. There will, however, be no snow jumps this year. The highlight of the event is an appearance from Swiss FMX pro Mat Rebeaud.

7-day extension of the Chilbi fair

The Chilbi fair at Sechseläutenplatz will be extended by one week again this year. This wasn’t possible in 2013 due to the renovation work on the square. In 2016, the Chilbi fair couldn’t be extended because of new usage rules that dictated that Sechseläutenplatz could only be occupied for a maximum of 65 days a year. This year things have worked out in the festival’s favour. Some of the stalls, bars and a small restaurant will continue to operate in the square from 8 to 14 July.

Züri Fäscht will take place from 5 to 7 July. You can find more information here.