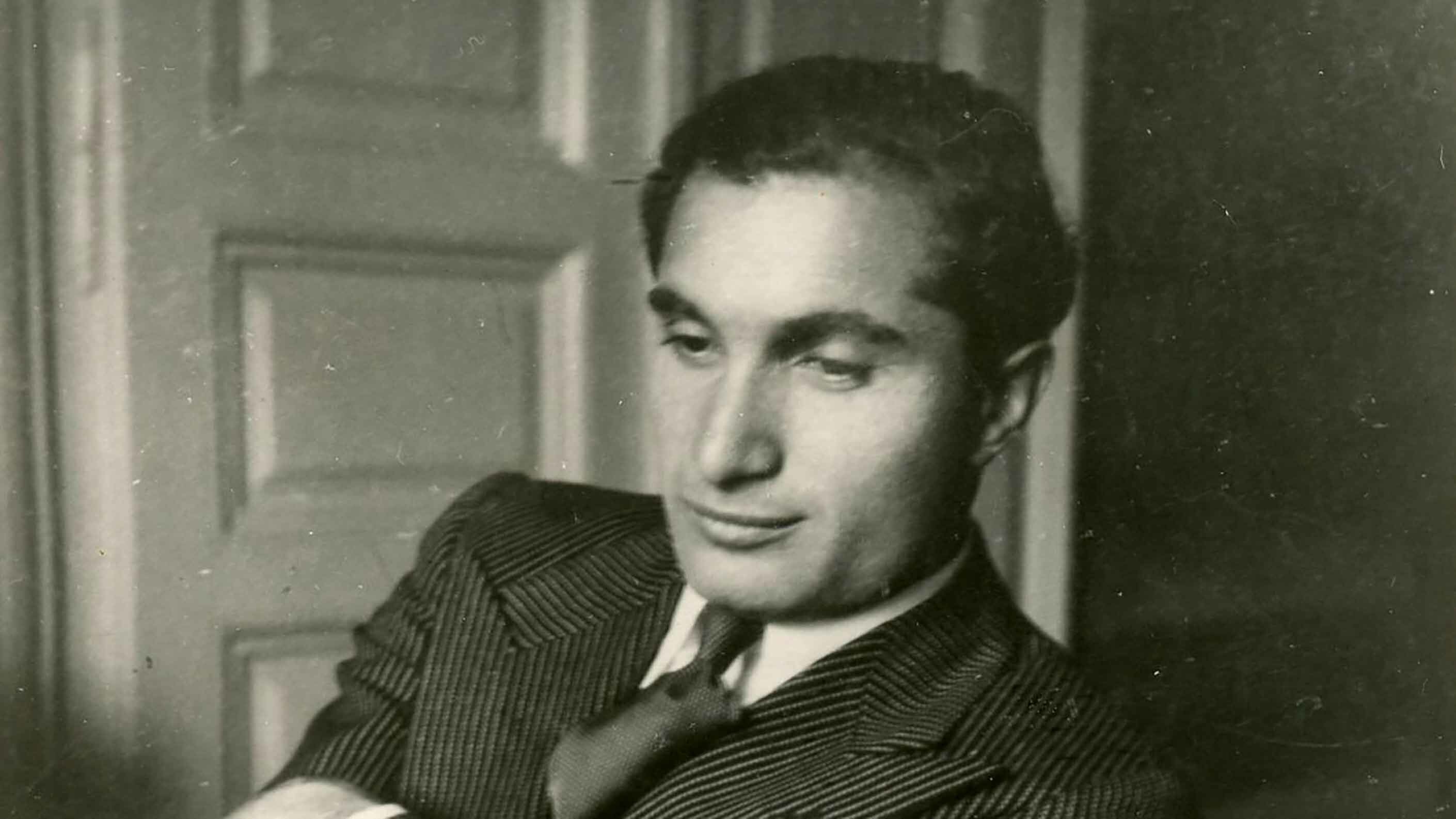 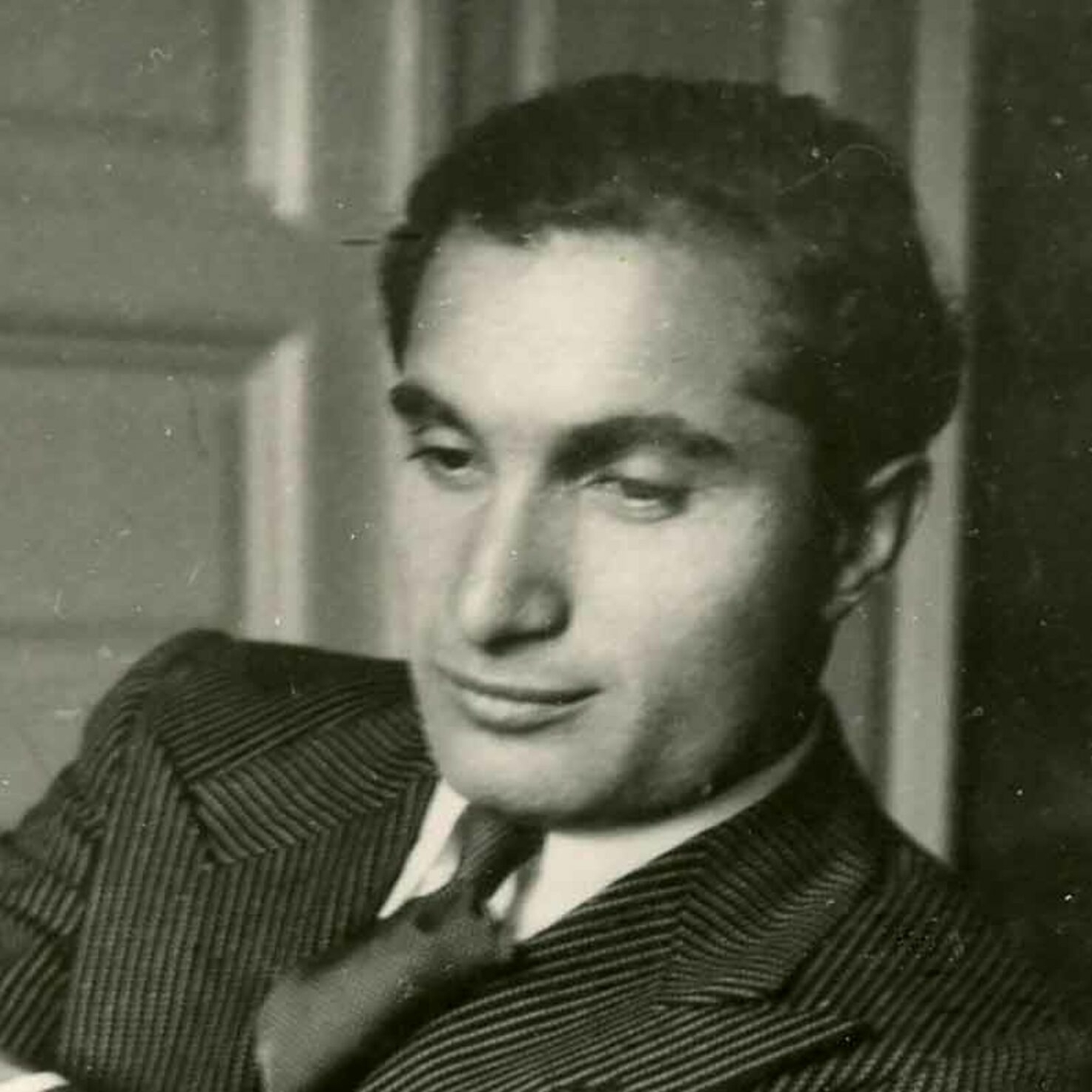 A song goes round the world

His voice touched millions. Tenor Joseph Schmidt died in 1942 on the final leg of his escape from the Nazi regime, in the Zürcher Oberland. Even today, the Jewish singer’s story is a moving one.

The grave in the Jewish cemetery at Friesenberg in Zurich bears the number 2331. ‘Ein Stern fällt…’ is carved into the black headstone – ‘A star fell’. Below that: Joseph Schmidt. Kammersänger. 1904-1942. It’s the grave of a Jewish refugee whose life ended tragically in peaceful Switzerland during World War II.

Alfred A. Fassbind has been fascinated by the story of Joseph Schmidt since his youth. Fassbind, from Zurich, has written a biography of the famous singer, and provides the key information on the life of the German tenor: Joseph Schmidt was born on 4 March 1904 in Davideny near Czernowitz. The region has had a chequered history, and belonged to Austria-Hungary at that time; later it belonged to Romania, and is now part of Ukraine. Czernowitz was home to a colourful mix of people of different cultures and languages; it was strongly influenced by Jewish traditions, and the German language played an important role. Joseph Schmidt attracted attention for his musical talent while still a child, and in the synagogue he hummed along instead of reading. ‘He was known as “the singing Joschi”, and as the child prodigy from Davideny he was invited to the neighbouring villages,’ writes Fassbind.

Joseph Schmidt attracted attention for his musical talent while still a child.

Despite their modest financial circumstances, Joseph Schmidt’s parents allowed their son to have musical training; later on, he was able to realise his dream and study music in Berlin. However, Schmidt was unable to pursue a career in opera – he was too short for the operatic stage. But in the fledgling medium of radio he found the career of his dreams, and within a few years the tenor was the best-known voice in the broadcasting service.

Joseph Schmidt achieved his greatest success with a ‘talkie’ – a concept then still in its infancy – singing the theme song for the eponymous film Ein Lied geht um die Welt (A song goes round the world), which was released in cinemas in the fateful year of 1933. The film was both the high point and the end of his career in Germany. The Nazi press seethed and the newspaper Völkischer Beobachter wrote: ‘The song that is sounding throughout Germany today has a different rhythm, a sharper marching step, more rousing melodies, comes from a more honest heart than what we heard in the film…’

Within a few years the tenor was the best-known voice in the broadcasting service.

But Schmidt was not yet thinking about emigrating, and moved his activities to Austria, and later to France. In the years leading up to the war, he gave triumphal concert tours. Schmidt sang in the Netherlands, Belgium, and a number of times in Switzerland, and undertook a major tour across the United States. But the singer noticed that the situation was becoming increasingly threatening, and was considering Cuba as a future home. However, his crossing was cancelled when the United States entered the war in 1941.

This article originally appeared in the Landesmuseum blog. It regularly covers fascinating stories from the past. For example ‘Serious crashes’.

Schmidt didn’t have many options left, so he decided to leave for Switzerland – together with a group of Jewish refugees which included Selma Wolkenheim, whose brother Julius von Orlow was the manager of the Sullana cigarette factory in Zurich. Schmidt, who had stayed at the opulent Hotel Schweizerhof during his previous appearances in Zurich, now lodged at the humble Pension Karmel on Löwenstrasse, not far from the Zurich synagogue.

The famous singer was frail and ill. The authorities wanted to send him to a camp for interned Jews. Julius von Orlow stepped in on his behalf – however, his offer to stand guarantor to the tune of 10,000 Swiss francs, which would spare Joseph Schmidt the move to the internment camp, fell on deaf ears. At the Girenbad camp in the Zürcher Oberland, Schmidt encountered a camp commander who seemed to have a decidedly sadistic streak. Still, the camp inmates were treated sympathetically by the local population, even though direct contact was prohibited.

When his health continued to deteriorate, Joseph Schmidt was sent to the Cantonal Hospital in Zurich. For head physician Professor Brunner, it was a simple matter: the doctor believed Schmidt was a malingerer who wanted to escape camp life, and sent him back to Girenbad.

The only reminder of the Sullana cigarette factory on Zurich’s Sihlquai is this advertising signage. The owner of the factory, Julius von Orlow, interceded on Joseph Schmidt’s behalf in 1942, making an offer to the authorities to cover Schmidt’s accommodation costs. (Photo: Wikimedia)

Joseph Schmidt was returned to Girenbad, now a shadow of his former self and barely able to stand unaided. He died on 16 November 1942 in the parlour of the Restaurant Waldegg, where he had been taken hours earlier. The Neue Zürcher Zeitung reported his death a day later as a brief news item. The social democratic newspapers were more critical, with the Basler Arbeiterzeitung and the Thurgauer Arbeiterzeitung running the headline ‘A disgrace for Switzerland’.

Commemorative plaque from Girenbad near Hinwil in the Zürcher Oberland. (Photo: Wikimedia)

Even after the war, millions of records featuring his voice were released. His name lives on, and in his hometown of Czernowitz, in Berlin and in the Zürcher Oberland as well, plaques commemorate the famous singer and his tragic fate. In 2019 Swiss novelist Lukas Hartmann told his story, and dedicated a historical novel entitled Der Sänger (The singer) to tenor Joseph Schmidt, who died in 1942. But the most beautiful acknowledgement was from astronomer Freimut Börngen, who in 2008 named a small star after him.

Why go to the lake when it’s so much more relaxed in the old town?