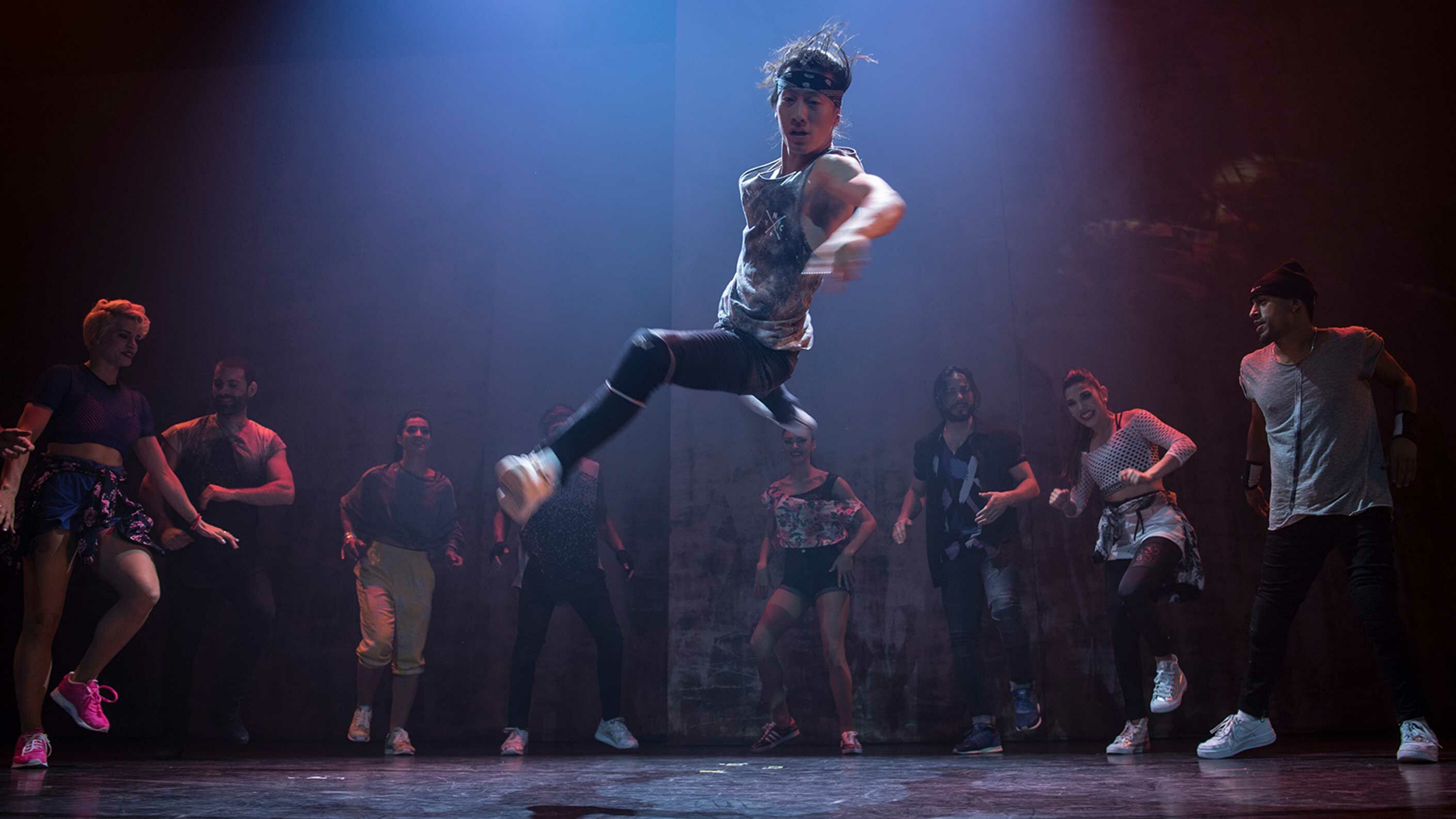 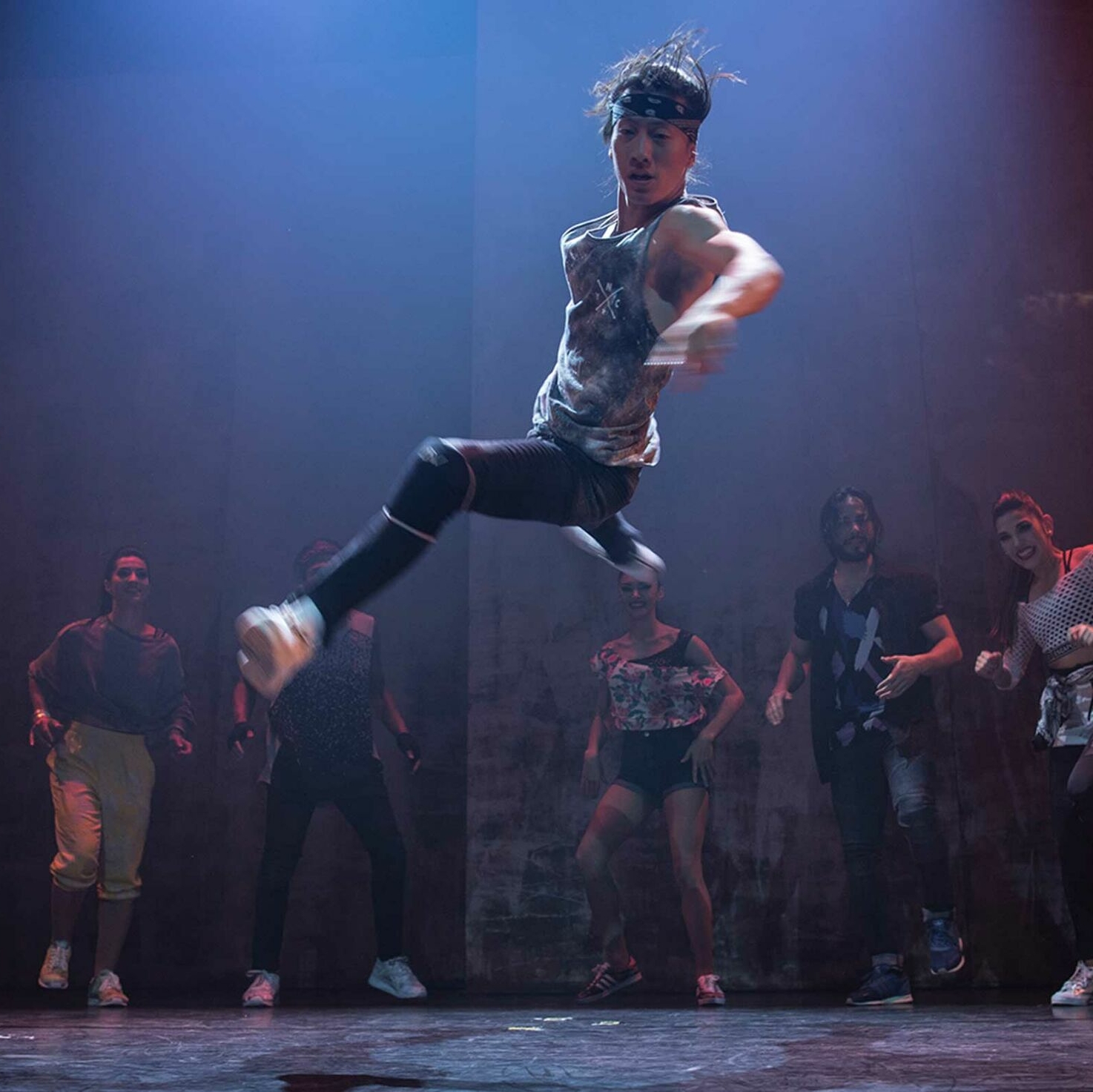 From the street to the Maag Halle

Break The Tango is where breakdance and tango meet. But does it work? Definitely, says choreographer and dancer Björn Meier. He began teaching himself a few breakdance moves at the age of 11, and it’s been part of his life ever since – despite all the difficulties and ridicule he has had to face.

Björn Meier is sitting backstage at the Maag Halle. He has just finished rehearsing the upcoming performances of Break The Tango with an international group of dancers. The show combines tango and breakdance – a pretty daring combination, as Björn is well aware. Many people know this native of Zurich by his nickname, Buz. He has been working as a choreographer on the show, and comments: ‘I take my hat off to the Maag. They’re very brave to take on a show like Break The Tango.’ A few years ago, Swiss musical producer Darko Soolfrank and Argentine choreographer and tango world champion German Cornejo came up with the idea for Break The Tango. It proved to be an instant hit and in 2016, just one year after its premiere at the Maag Halle in Zurich, Break The Tango was on a world tour.

‘The show has something for everyone.’

Björn explains why it has been so popular: ‘The show has something for everyone.’ Kids are open-mouthed at the stunt-like breakdance sections, while grandmas love the traditional tango parts. It is accompanied by current hits that people hear on the radio. A five-piece live band interprets songs from Adele to Beyoncé – but also electrotango hits by the Spanish/Argentinian group Otros Aires.

Holders of the hellozurichPass are offered a 20% discount.

Buz is a professional breakdancer and also provides choreography for numerous dance companies, theatres and shows. Alongside his own school, he runs workshops in prisons and psychiatric institutions. He is himself a regular performer and often takes part in competitions. ‘Even as a child, I loved dancing and was always on the move,’ says Björn. He discovered breakdancing when he was a young boy in the eighties. At that time the dance style was booming, but its popularity soon waned. ‘I didn’t care,’ says Björn. For him, breakdancing was more than just a trend. He taught himself his first breakdance steps at the age of 11. During his teenage years, he sought out other enthusiasts: ‘We were a little group of obsessives.’ Björn and the other breakdancers were mainly viewed with incomprehension: ‘Most people thought it was so passé. It would be like someone doing Gangnam Style today.’

But by the end of the nineties breakdance was back in fashion. ‘It suddenly started popping up again in adverts and films,’ says Björn. Hip-hop also became popular and has remained so to this day: ‘In the past, Zurich didn’t really have this kind of music. But today it’s everywhere.’ Zurich doesn’t exactly have much in common with the American ghettos where rap and breakdance originated, but ‘kids still wanted to be active and have fun, but they couldn’t afford to join boxing clubs and the like,’ says Björn. So they started dancing – and soon they were making money with their street shows. Breakdancers can still be seen performing on the street. ‘It’s more about acrobatics than dance skills,’ says Björn. ‘People love it when they see someone spinning on their head.’ The audience generally doesn’t realise that other, less spectacular moves are often much more difficult to pull off.

Unlike other dance types, breakdance isn’t taught at classical dance academies. Björn likes that: ‘Breakdancers are born dancers,’ he says, adding: ‘They just do their own thing. That’s why they don’t need classical training.’ They learn their skills on their own or in groups and test themselves against each other in breakdance battles. ‘I always know who’s the best at any one time,’ says Björn. He keeps his finger on the pulse, identifying fresh young talent via YouTube and dancer friends.

At 46, Björn is now the second oldest breakdancer in Switzerland. He says that when he dances he doesn’t notice his age, ‘but I have to work harder on my fitness.’ He does yoga twice a week and finds it helps him to stay grounded. Because after more than thirty years in the male-dominated breakdance business, he knows: ‘Sometimes it all about egos.’

Break The Tango is running at the Maag Halle from Tuesday 22 October to Wednesday 6 November. Tickets are on sale now, from 60 francs. Holders of the hellozurichPass are offered a 20% discount.