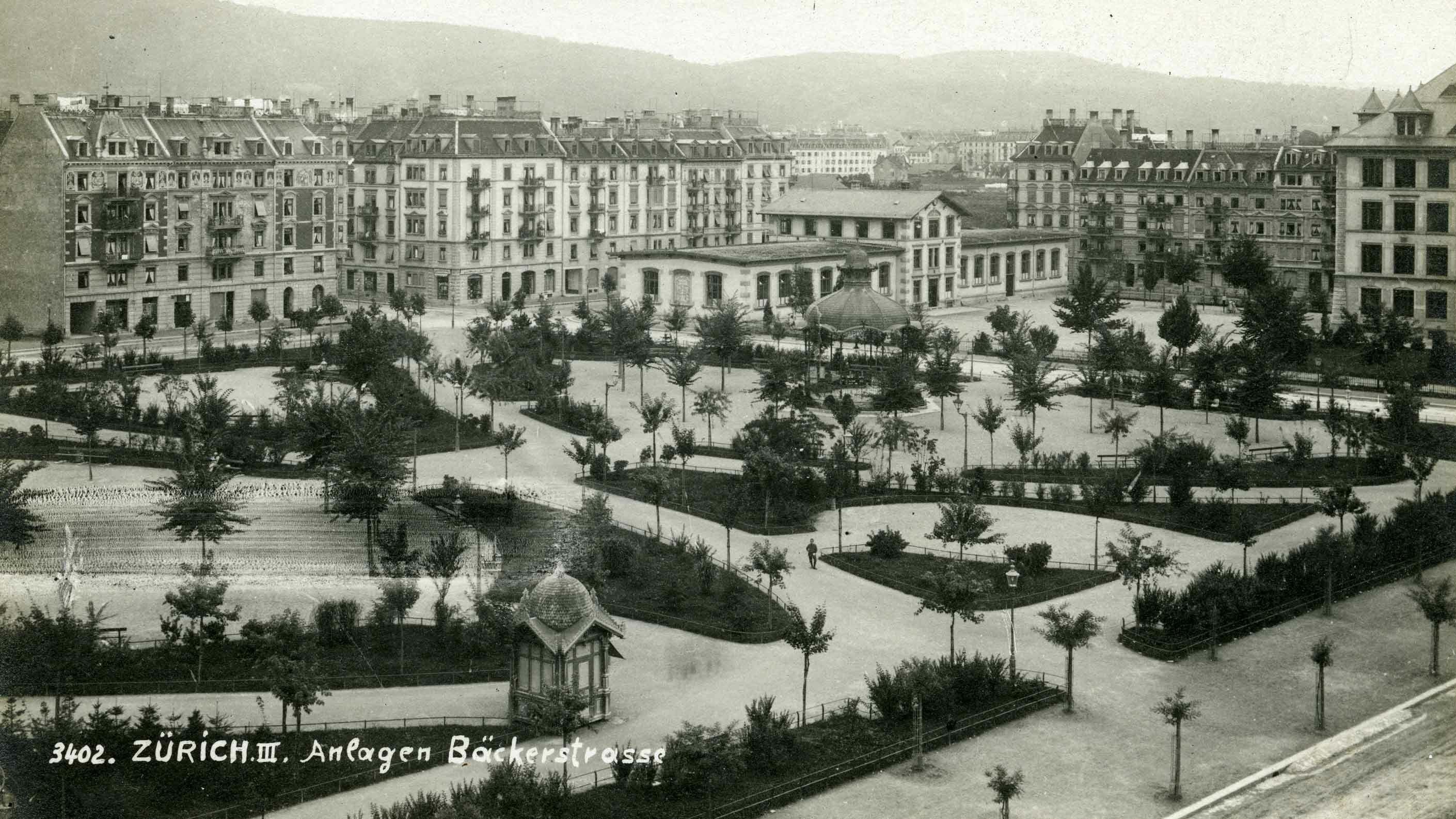 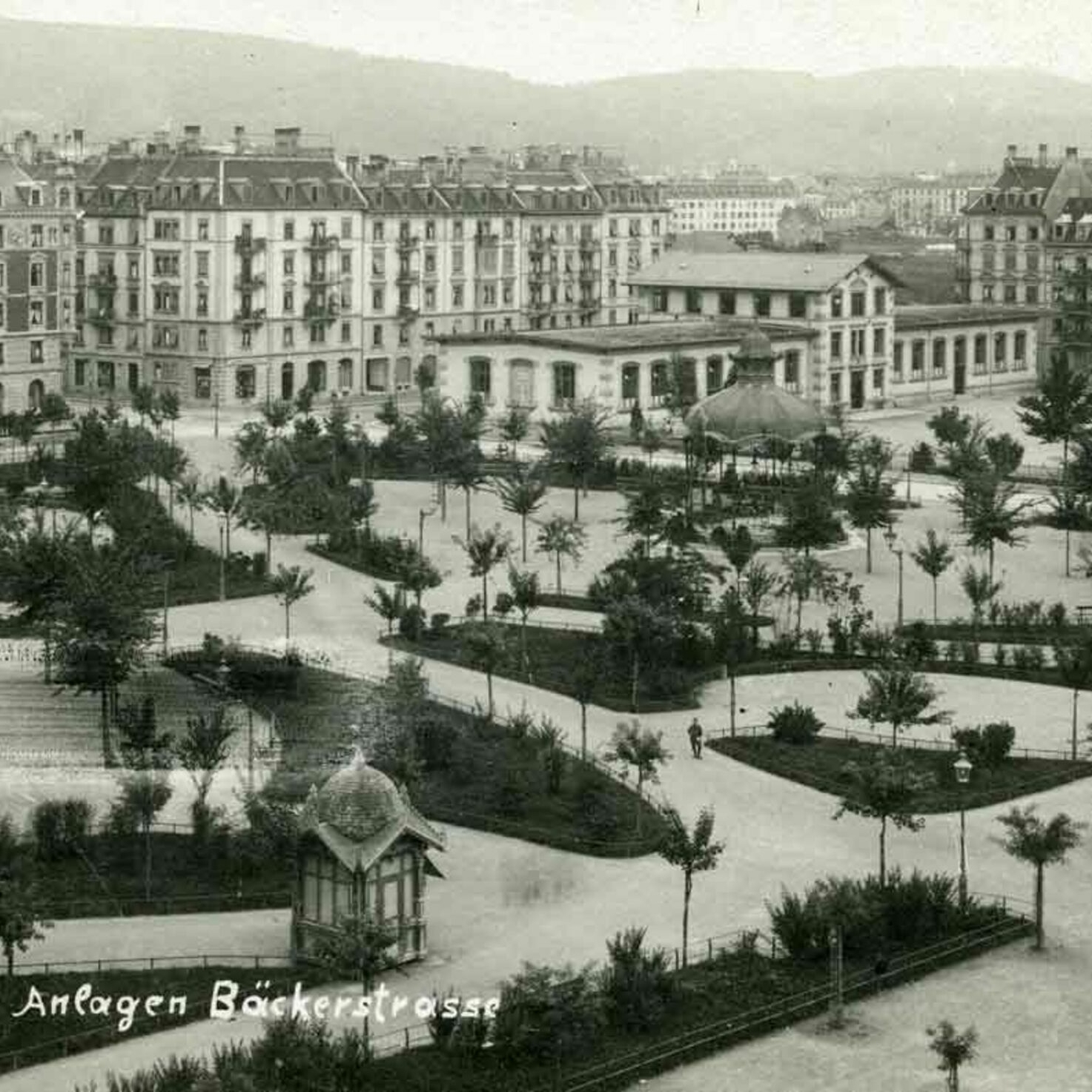 It began as a smart city park for Zurich’s upper class, then became a popular playground for the workers of district 4. The Bäckeranlage park has seen some major changes since it opened nearly 120 years ago.

These days, the Bäckeranlage is a popular spot for strolling, sunbathing on the grass or enjoying lunch at the community centre. But few of the park’s visitors are aware of its fascinating history. Its name comes from Bäckerstrasse, the street that originally ran alongside the park.

The Bäckeranlage looked very different when it opened in 1901. At that time, Belgian garden architect Evariste Mertens designed a smart city park for the enjoyment of Zurich’s upper classes. To this end, he laid a network of winding paths lined with dozens of shrubs and trees.

But the upper crust avoided the area.

However, Mertens’ idea wasn’t exactly welcomed in this predominantly working-class area. Workers had no time for walks in the park, and the area was too downmarket for the city’s elite. As a result, the park attracted few visitors and quickly fell into disrepair. Mertens’ sons, Walter and Oskar, decided to do something about this problem. In 1938 they gave the park a complete overhaul in a new project called ‘The people’s park, a playground for all’. The residents of district 4 would finally have a place to relax and have fun.

Everyone should be able to enjoy the park.

The narrow paths were replaced by a large grassy area where children could play. Other new features included a lake where swimming was allowed and a bandstand. The new-style park proved popular with the locals, and the Bäckeranlage became an oasis amongst the rather grey surroundings of district 4. 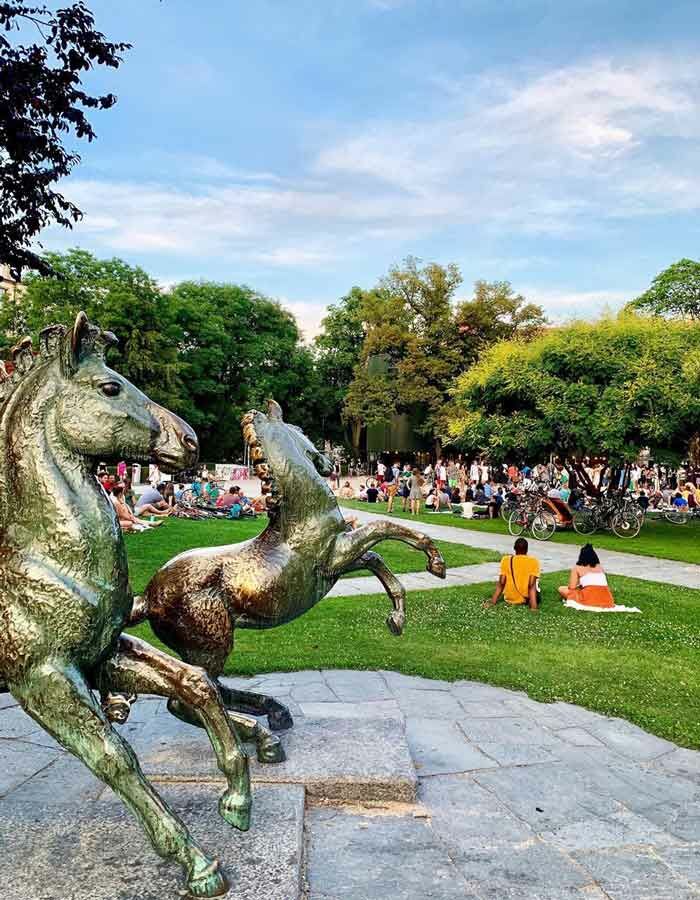 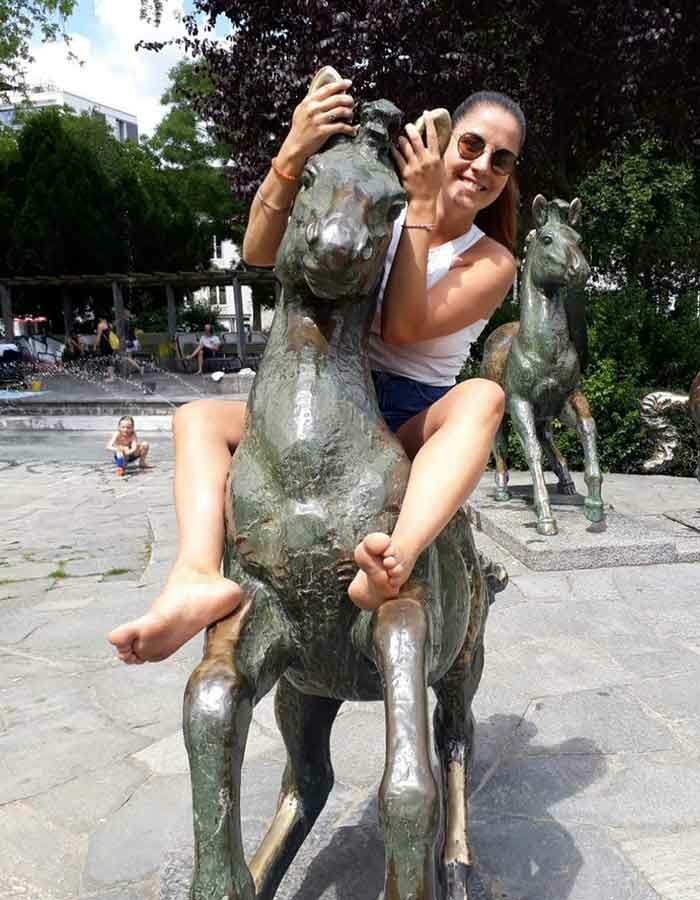 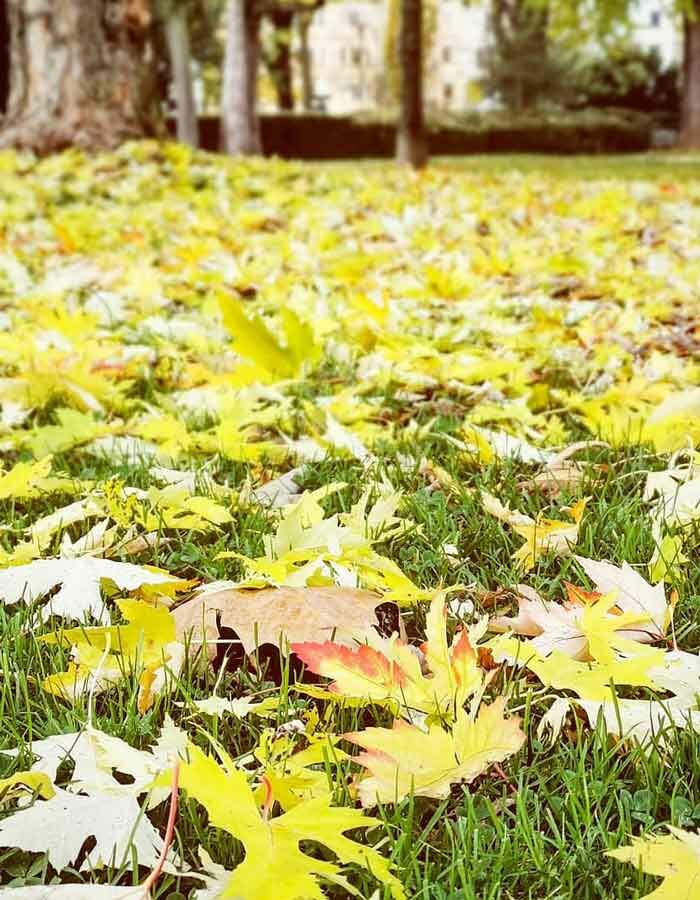 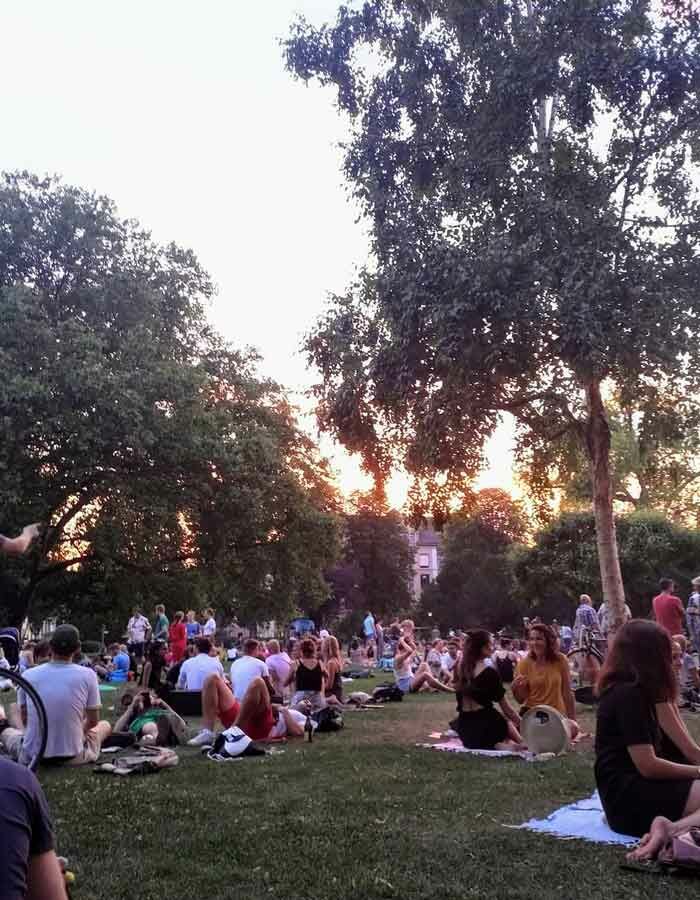 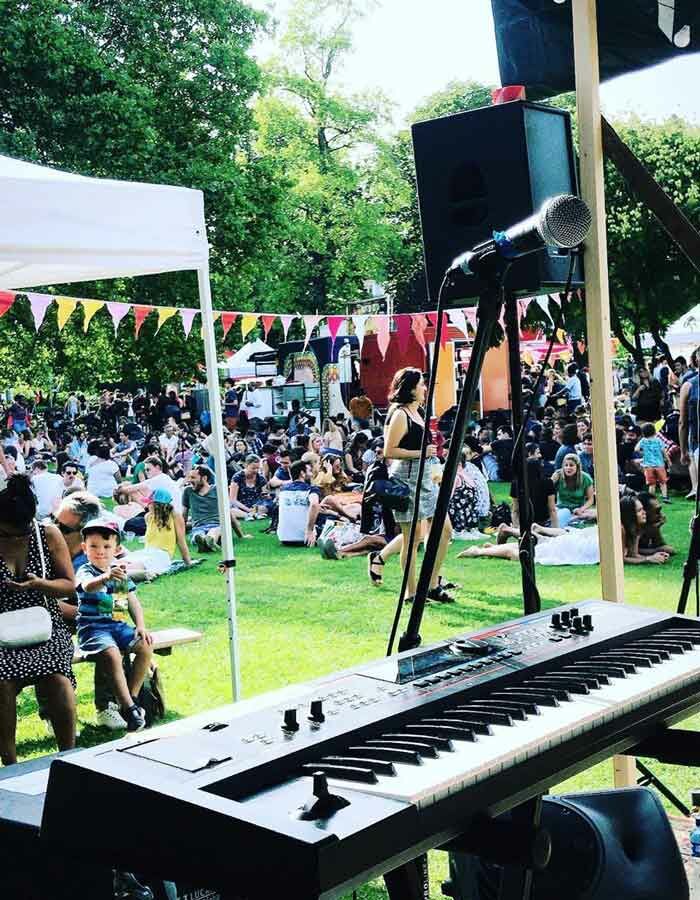 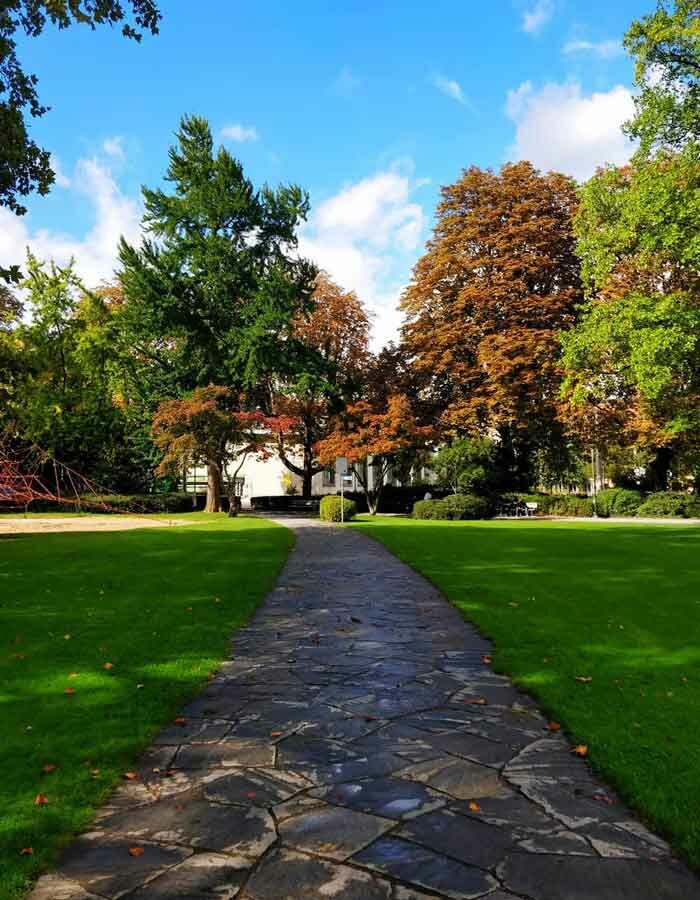 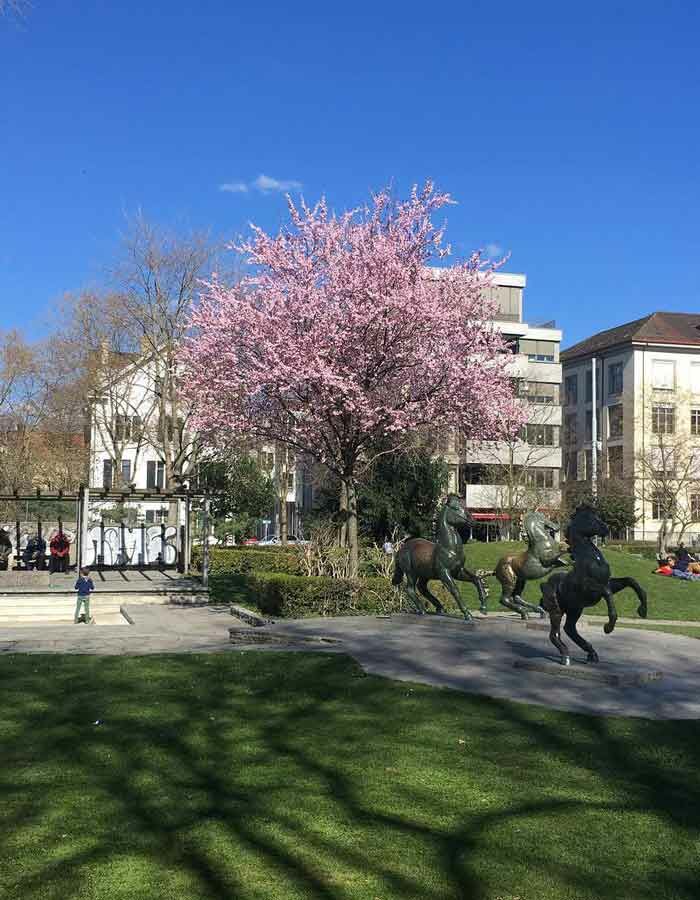 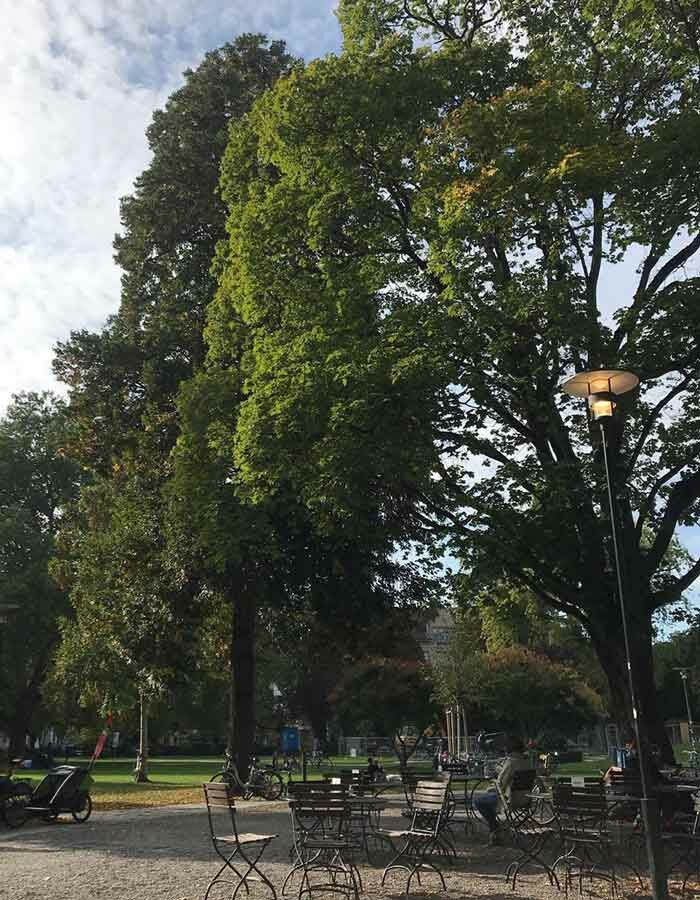 Five years after the park’s renewal, the Bäckeranlage added another highlight in 1943 when Winterthur sculptor Rudolf Wening created three bronze zebras for the park. Since then, Wening’s zebras – which are still often referred to as horses – has provided the neighbourhood with a popular photo opportunity. A little-known fact about their creator, Rudolf Wening, is that he spent several years as the court sculptor to a royal family.

Between 1919 and 1922, he travelled between what is now Thailand and Indonesia. During this time, he studied tropical flora and fauna and created numerous sculptures, often inspired by exotic animals. Word of Wening’s talent must have spread, because in 1923 he became court sculptor to the King of Siam, now Thailand. He worked for King Vajiravudh and later for Prince Damrong until 1929. During this period, he produced numerous busts and portraits of the royal family and went on countless expeditions through the jungles and forests of the region.

Southeast Asia was to have a major influence on Wening and his art. Upon his return to Zurich, it is no coincidence that his work focused on exotic creatures such as bears, cranes and lions. His best-known works include the zebras in the Bäckeranlage and the Sumatra tiger at the entrance to Zurich Zoo.