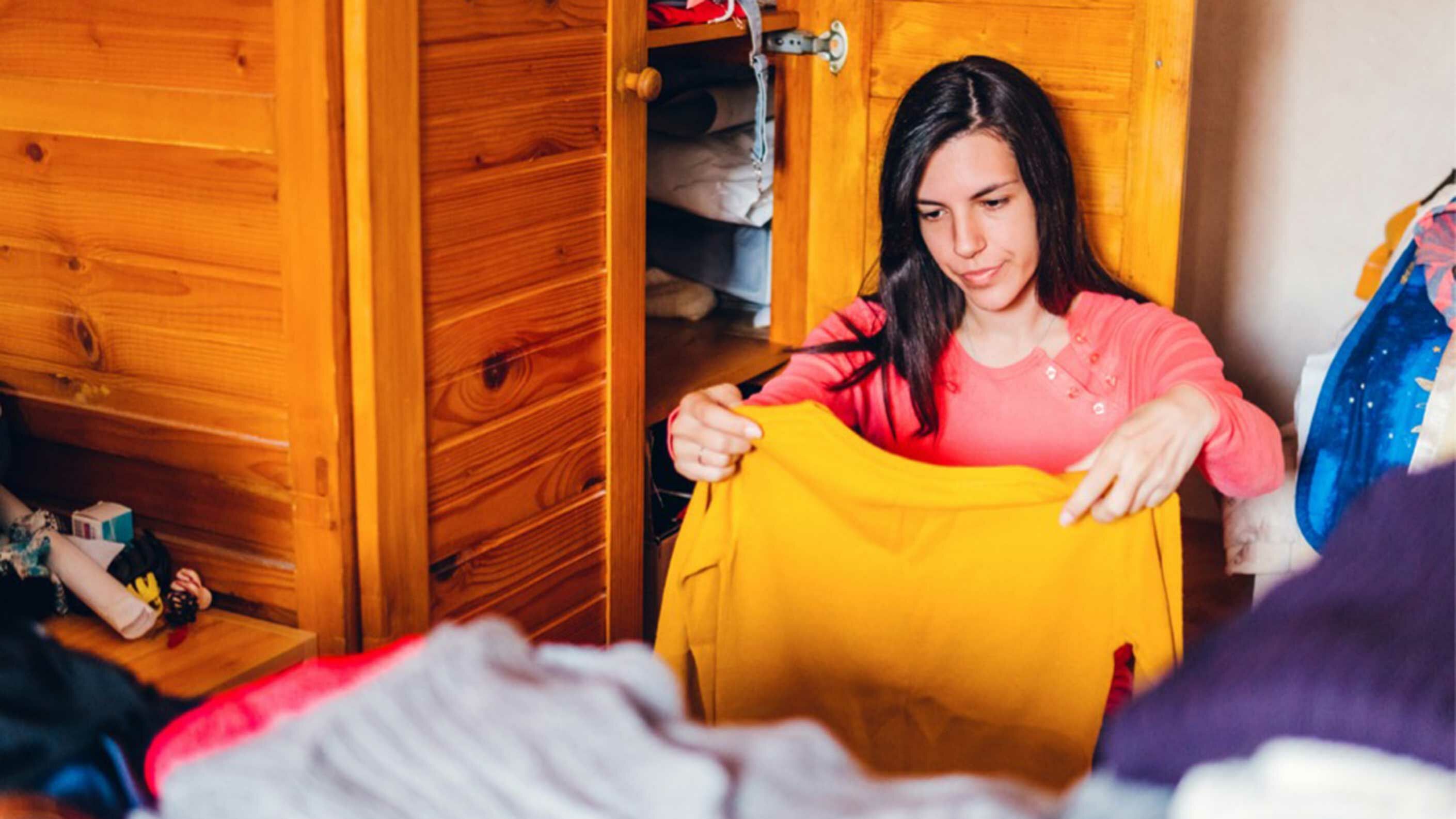 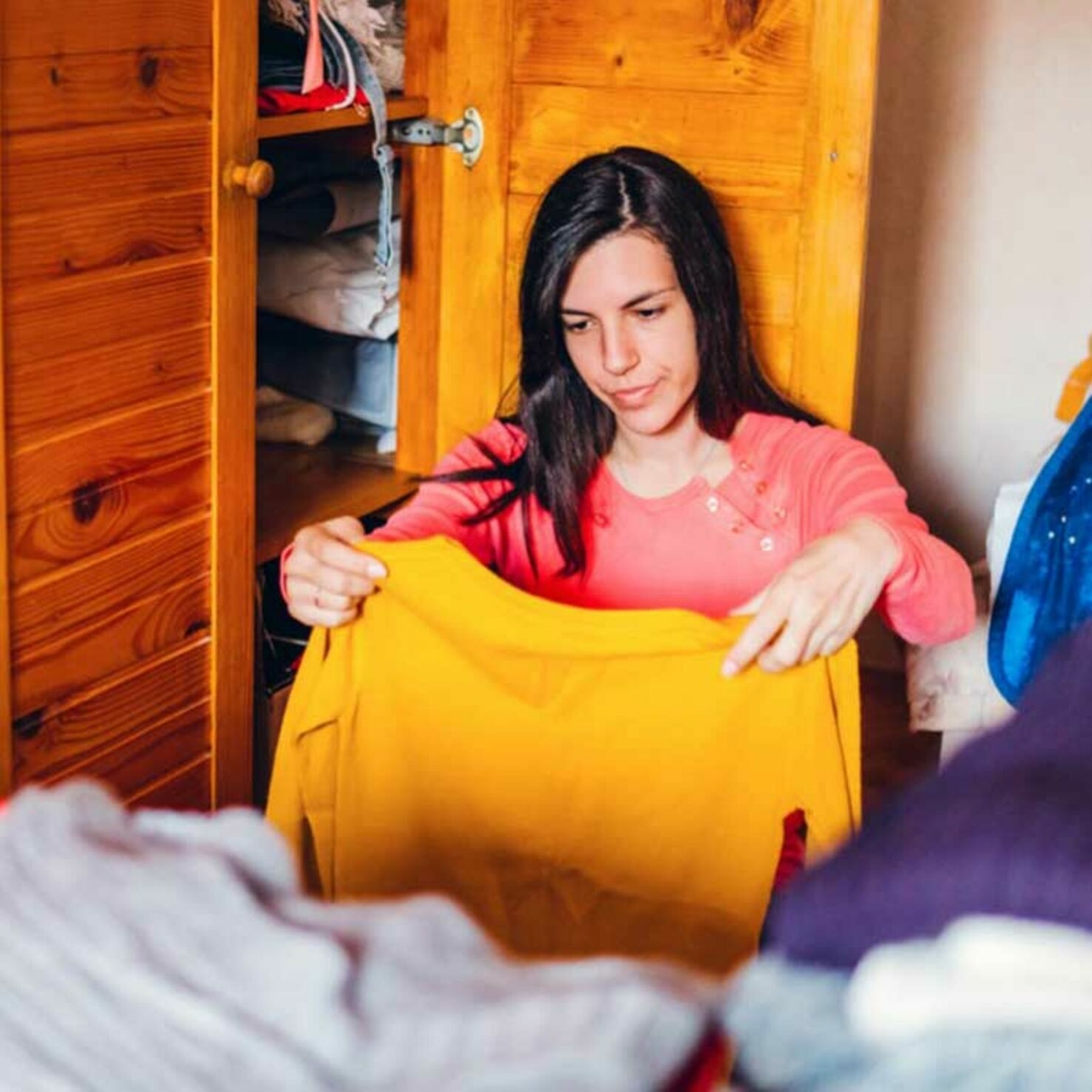 Martina Frischknecht, AKA Frau Ordnung, is a tidiness expert. She tells us which room is the best place to start – and why you should even throw out your kids’ drawings.

Don’t try to tackle your whole home in one go!

Martina Frischknecht, alias Frau Ordnung, recommends starting with the bathroom: ‘It’s the room that triggers the least emotion.’ After all, it’s not where you store your old holiday photos or love letters. ‘Apart from that, bathrooms are often small,’ says Martina. This means you can get it done quickly, which encourages you to keep going.

Start with the big stuff

Stay motivated by starting with the big things: ‘It means you see an immediate difference,’ says Martina. She and her son cleared out his bedroom together: ‘We started with board games, then moved on to cuddly toys and books.’ They only tackled the bits and pieces right at the end. If you tackle it in an organised way, you’re less likely to end up in total chaos.

‘When you first start, it can look worse than before,’ says the expert. You have to start by pulling everything out and sorting through it. That’s another reason why it’s important to tackle your flat or house in stages.

Martina recommends spending no more than two hours a day on clearing out: ‘You can achieve a lot in that time.’ If you spend longer, you’ll just feel exhausted: ‘The next day you’ll feel even less like doing it.’

Only throw out your own stuff

If you live with a flatmate or partner, make sure you only throw out your own stuff: ‘If you have joint possessions, everyone should have a say in the decision,’ says Martina. If you can’t bear to throw something away, ask yourself: Why am I so attached to this thing? Is it because it brings back a memory that I don’t want to forget? If you can’t agree, put the things in a box for a while: ‘Then you often realise that you don’t really want it,’ says Martina. The basic rule? Only keep things you really need – or that spark joy.

Martina’s clients often tell her they regret throwing certain things out: ‘They suddenly wish they could use the thing.’ But the expert doesn’t believe it: ‘It’s just their subconscious at work.’ For example, if you’ve just given away your waffle iron, you start thinking about waffles. ‘If you hadn’t just picked it up you would never have thought about it.’ But if you really have got rid of something you need, you can always borrow one or buy another at the second-hand store.

When she was a girl, Martina tore up all her drawings. ‘I was angry with my mother,’ she laughs. She regretted it later, but today she doesn’t care. ‘Now I have new drawings – my son’s.’ It’s also worth throwing out photos and letters if they don’t make you feel good. ‘If your ex was a pig, you don’t have to keep his gifts.’ Martina keeps a special box for her really special mementos. ‘But, of course, you shouldn’t overfill it.’

In her business, Martina Frischknecht goes under the name Frau Ordnung.

You probably have lots of unfinished projects lying around at home – whether it’s curtains that need shortening or a picture you plan to paint: ‘Now we finally have the time to finish them off,’ says Martina. But you might just realise the project isn’t that important to you: ‘In which case, just drop it – and get rid of all the equipment.’

Only buy boxes at the end

A lot of people stock up on boxes and crates before they start clearing out. This is harder to do now because so many shops are closed. But Martina says this isn’t a problem: ‘In fact, you should only buy boxes after you’ve finished clearing out.’ You’ll be getting rid of lots of stuff, so you don’t want to end up sitting on boxes that you can’t fill.

Thats's what the Huber family is doing during state of emergency