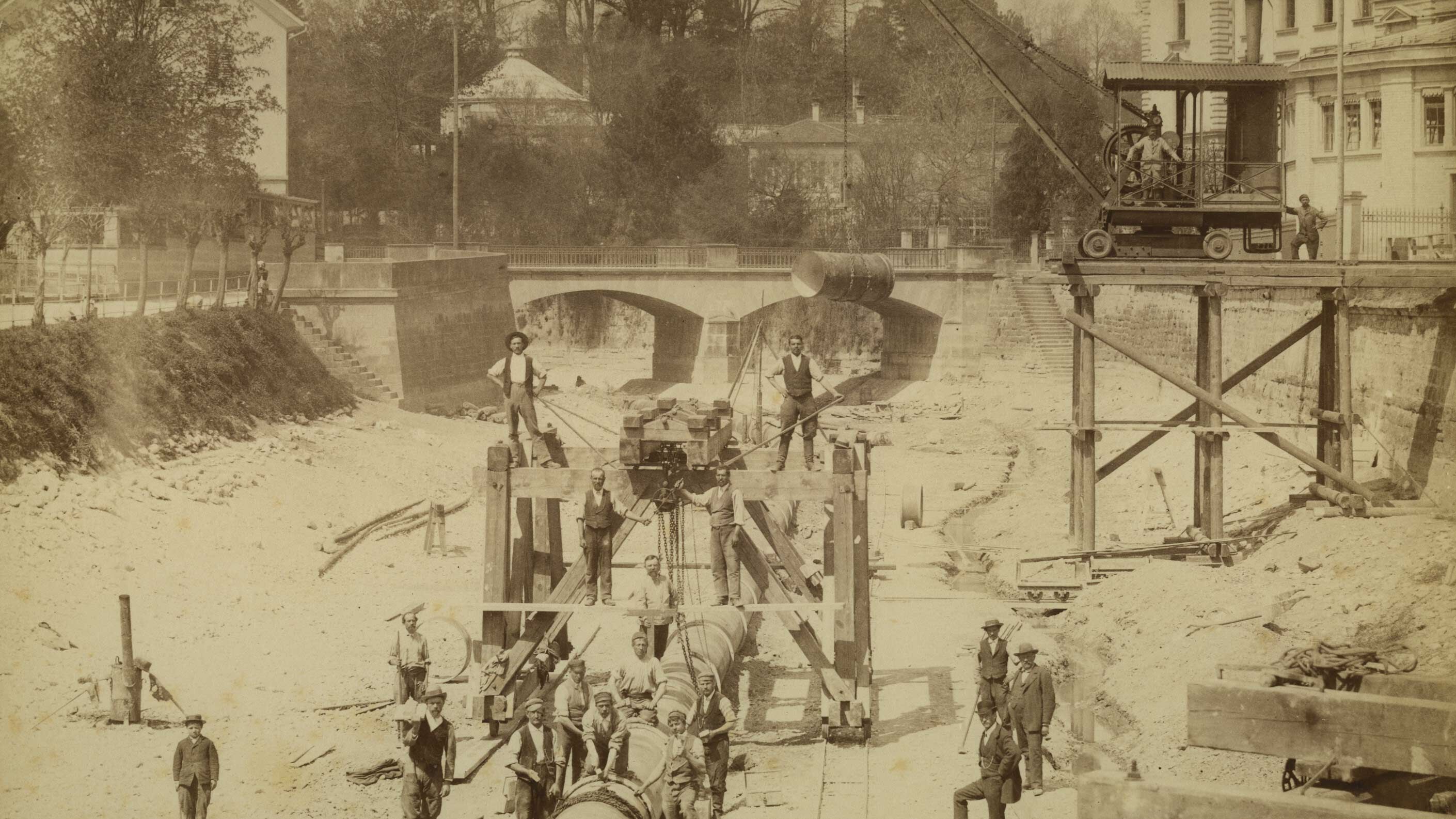 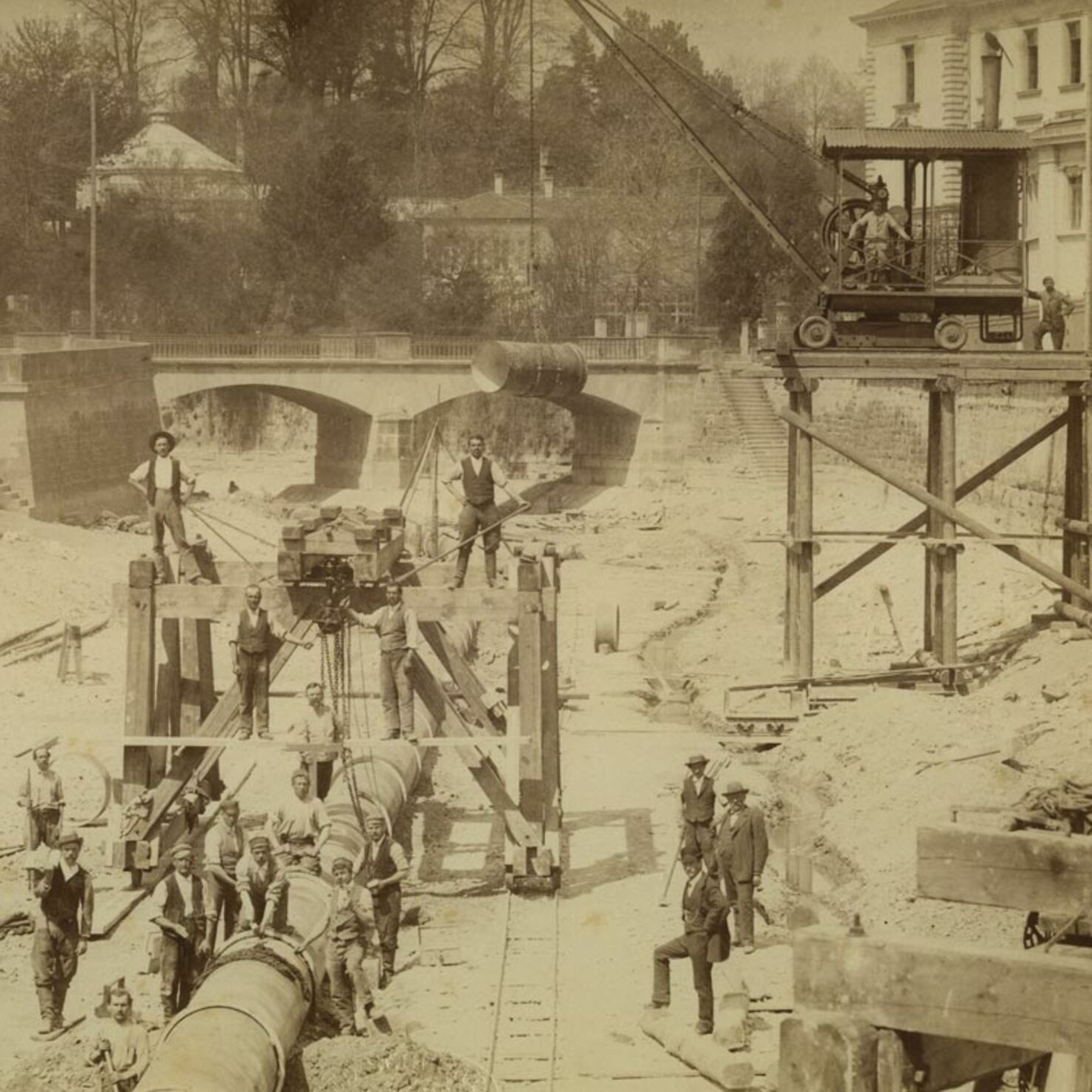 The Old Botanical Garden – also known as the ‘Katz bulwark’

Once an imposing bulwark, today an idyllic park. The history of the Old Botanical Garden in the City Center is exciting: in the past, people used to shoot from here.

Nowadays, the Old Botanical Garden in District 1 is freely accessible to visitors. Children play in the green fields and hedges, a lot of people eat their lunch on the many park benches or enjoy a good book, while others jog through this space. However, although it is now a local recreation area, a cultural meeting place and a green oasis in this hectic urban district, it used to serve completely different functions before it became an idyllic park.

It was a military bulwark – or, to be more precise, the fortification known as the ‘Katz bulwark’.

The best vantage point for gaining an idea of the site’s origins is the adjoining Schanzengrabenpromenade, between Selnau railway station and the Selnau Bridge. Large, dark stones still form the foundations of the garden at Talstrasse 71. In the past, the site had one main function: it was a military bulwark – or, to be more precise, the fortification known as the ‘Katz bulwark’.

The Katz bulwark is one of the few structures remaining from the former city fortifications that were erected between 1648 and 1664. About twenty years later, around 1675, further work was done on the fortifications. This resulted in two casemates, as they are known: immense underground vaults protected by especially thick walls and thus defended against enemy fire.

According to accounts handed down, it was possible even then to fire as far as the lake and Sihlfeld, which lies opposite.

What was known as a ‘cavalier’ – also called ‘Katz’ – was also built. This was the term used for a gun emplacement towering significantly above the neighbouring structures and hills and thus offering a wide view over the surrounding area. This enabled the defenders of the Katz bulwark to repel enemies besieging the city even when they were far away. According to accounts handed down, it was possible even then to fire as far as the lake and Sihlfeld, which lies opposite. On the crest of the hill, the highest point of the bulwark, stood the south bastion with its dozens of guns, popularly known as ‘cats’.

When it no longer seemed necessary to defend the city militarily, the bulwark was gradually dismantled from 1835 onwards. The former defences were soon put to a different use and converted into a green garden. The physician and natural scientist Johannes Gessner designed the Botanical Garden in collaboration with the ‘Naturforschende Gesellschaft Zürich’ (‘Zurich Natural Science Society’), which was founded in 1746. The palm house, the structure of which initially consisted of wood and glass, was opened in 1851. This was followed in 1877 by a cast-iron framework, where concerts, theatrical productions or exhibitions are still held. Until 1976, this site was home to the botanical garden of the University of Zurich.

The Botanical Garden found its new home in 1977.

As the years passed, it soon became clear that it would be very difficult to extend the garden, for it was ultimately enclosed by buildings on all sides. For this reason, a decision to move it was taken towards the end of the 20th century. The Botanical Garden found its new home in 1977, taking up residence at Villa Schönau at Zollikerstrasse 107 in the Zurich district of Riesbach. The former Katz bulwark then became a park and recreational area in the city centre.