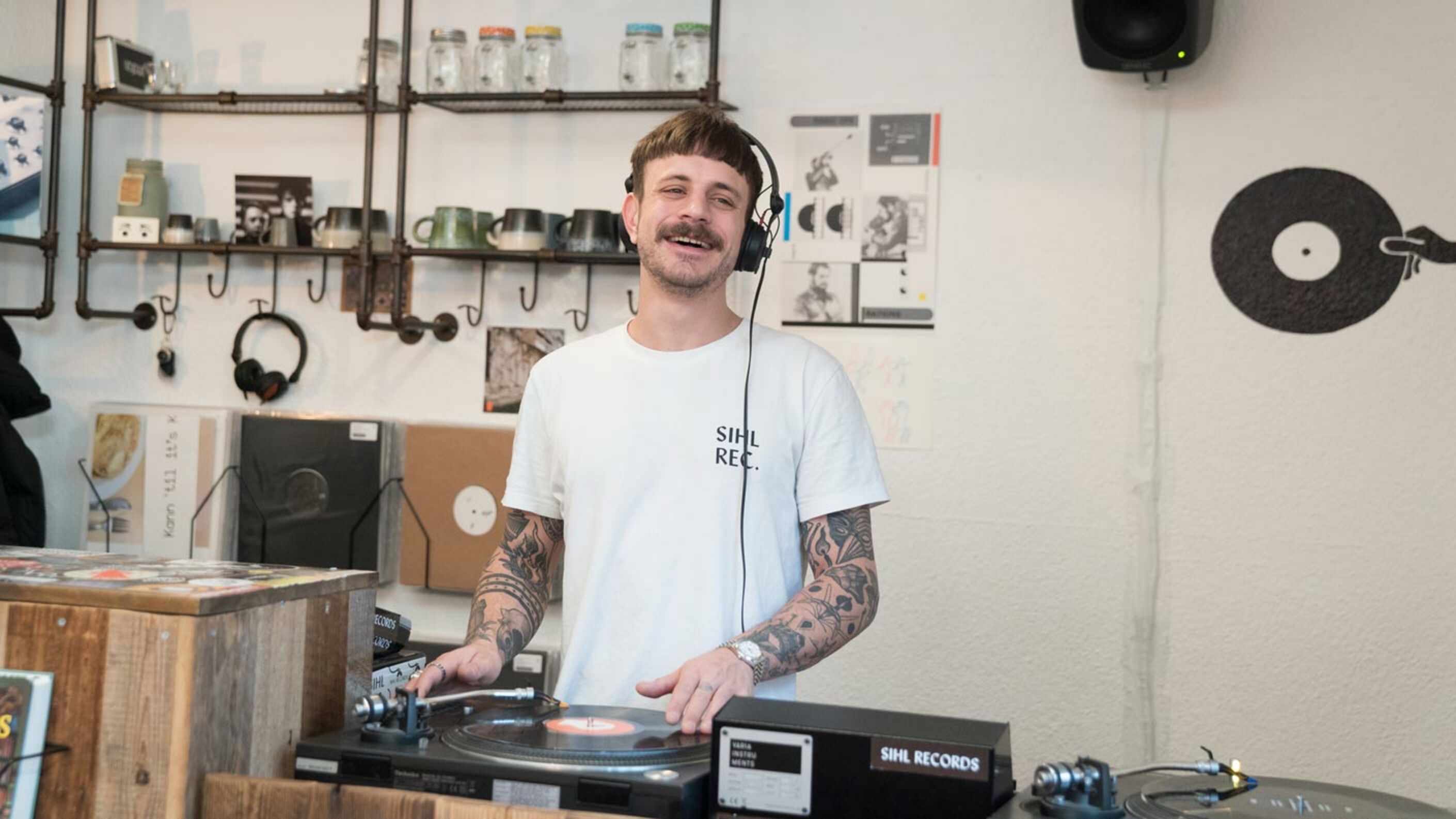 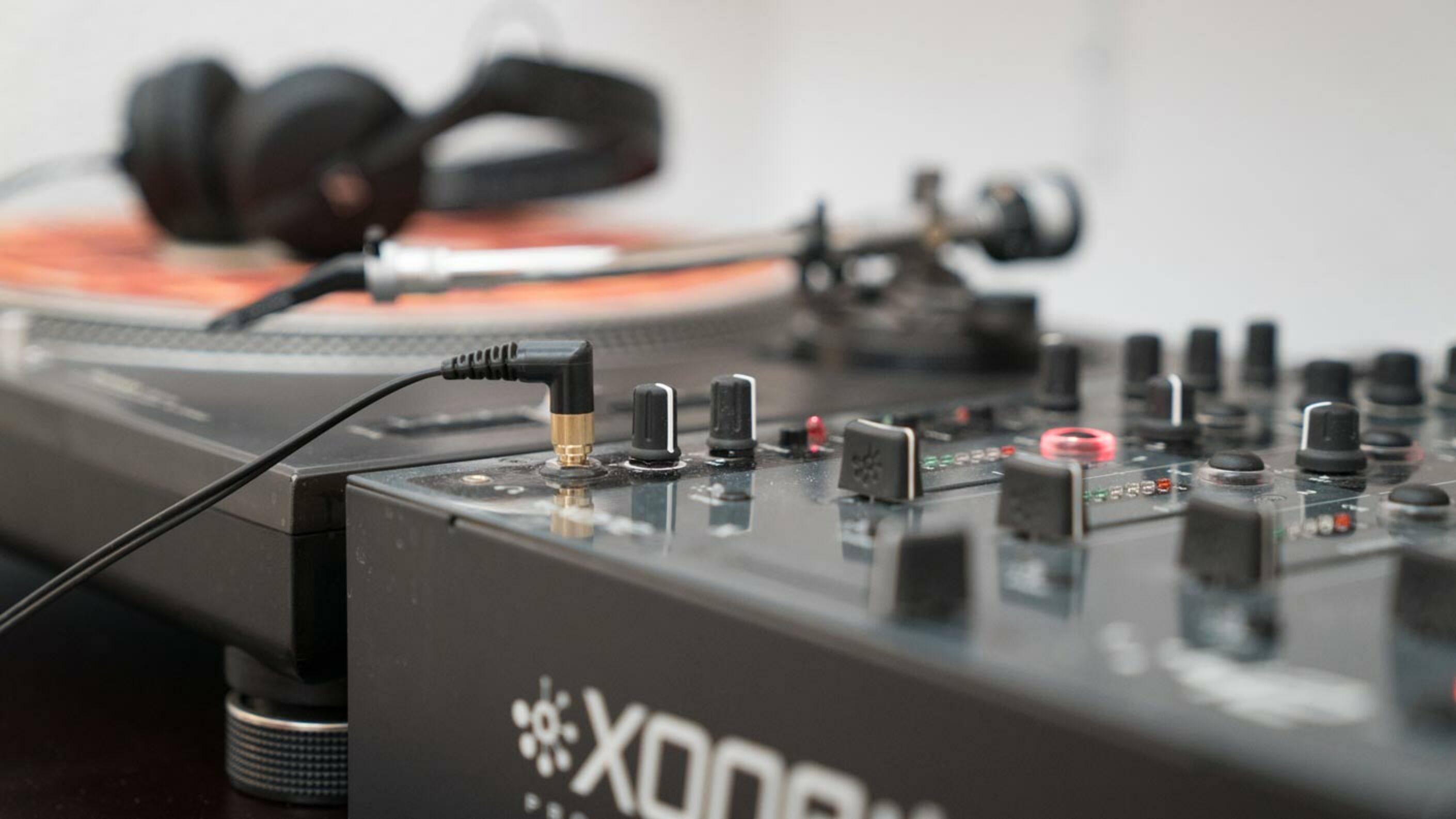 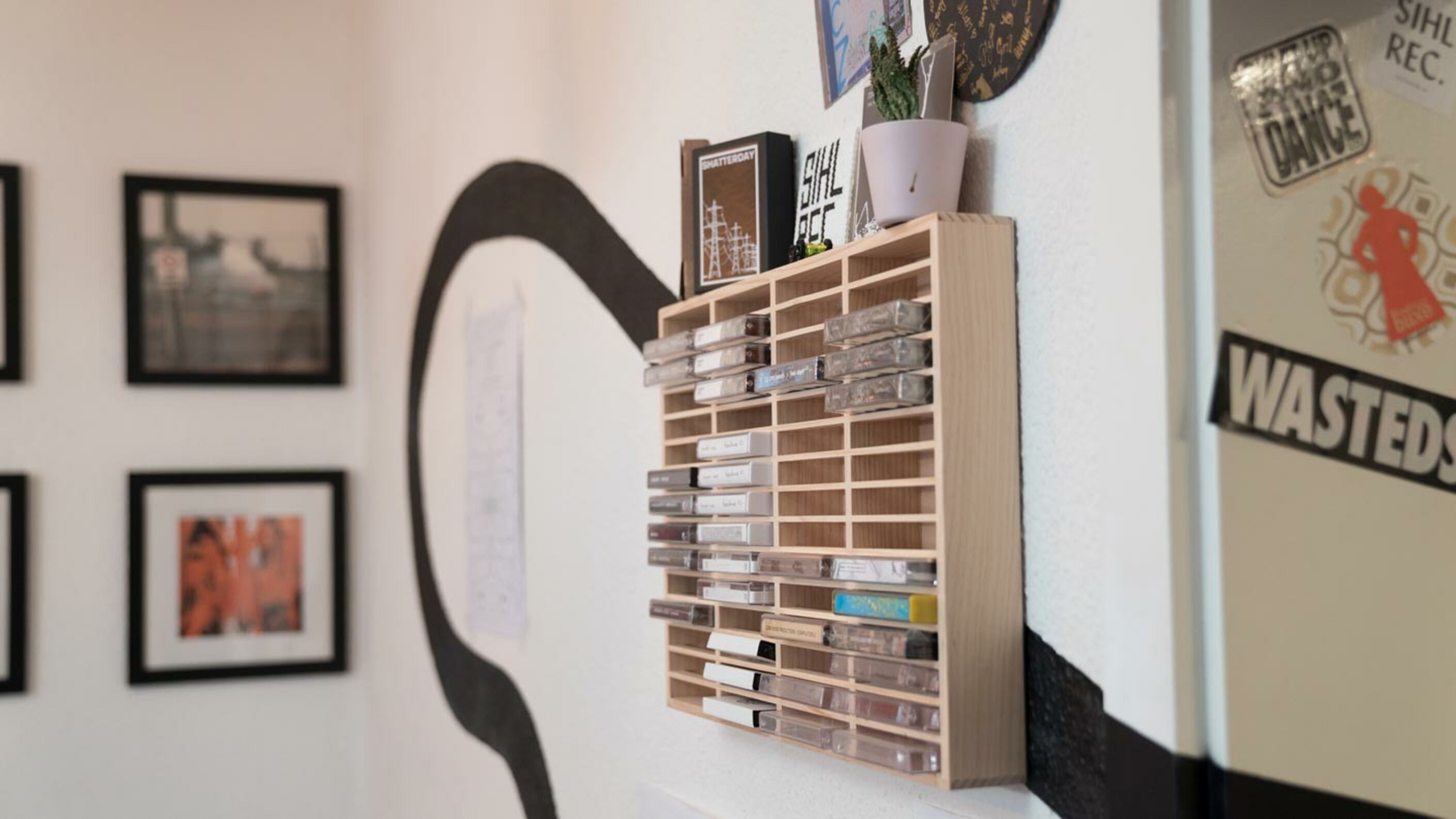 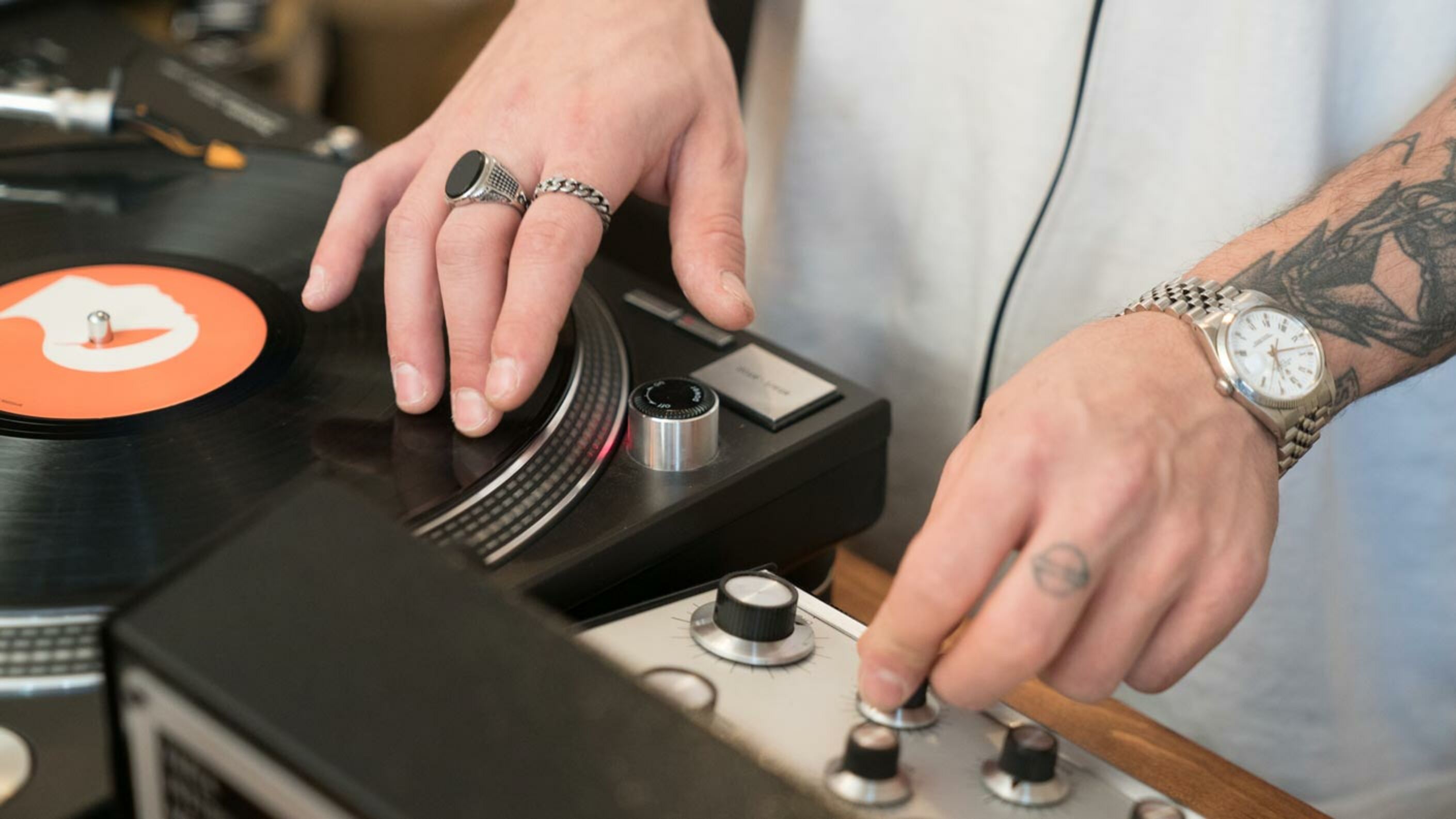 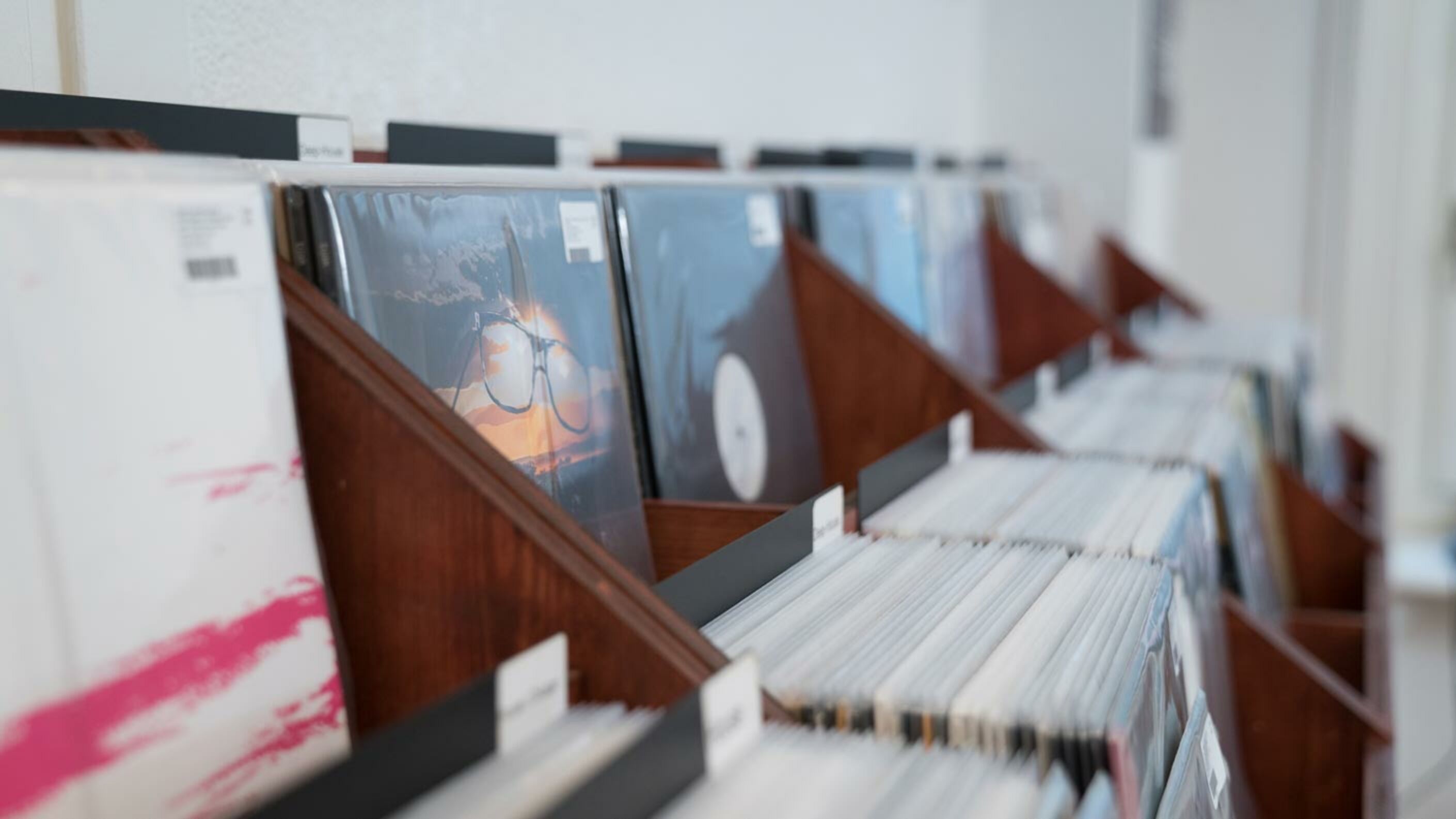 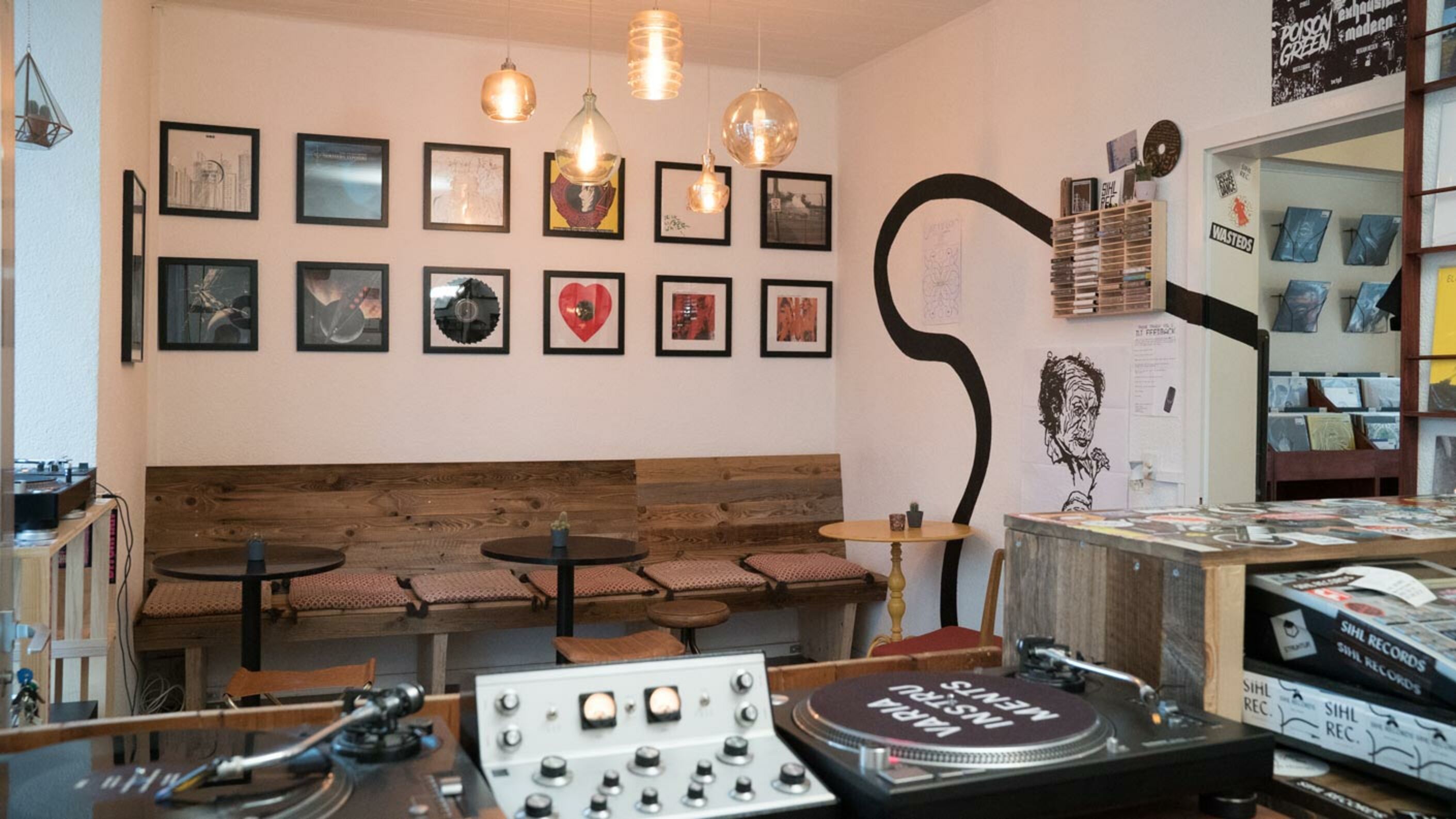 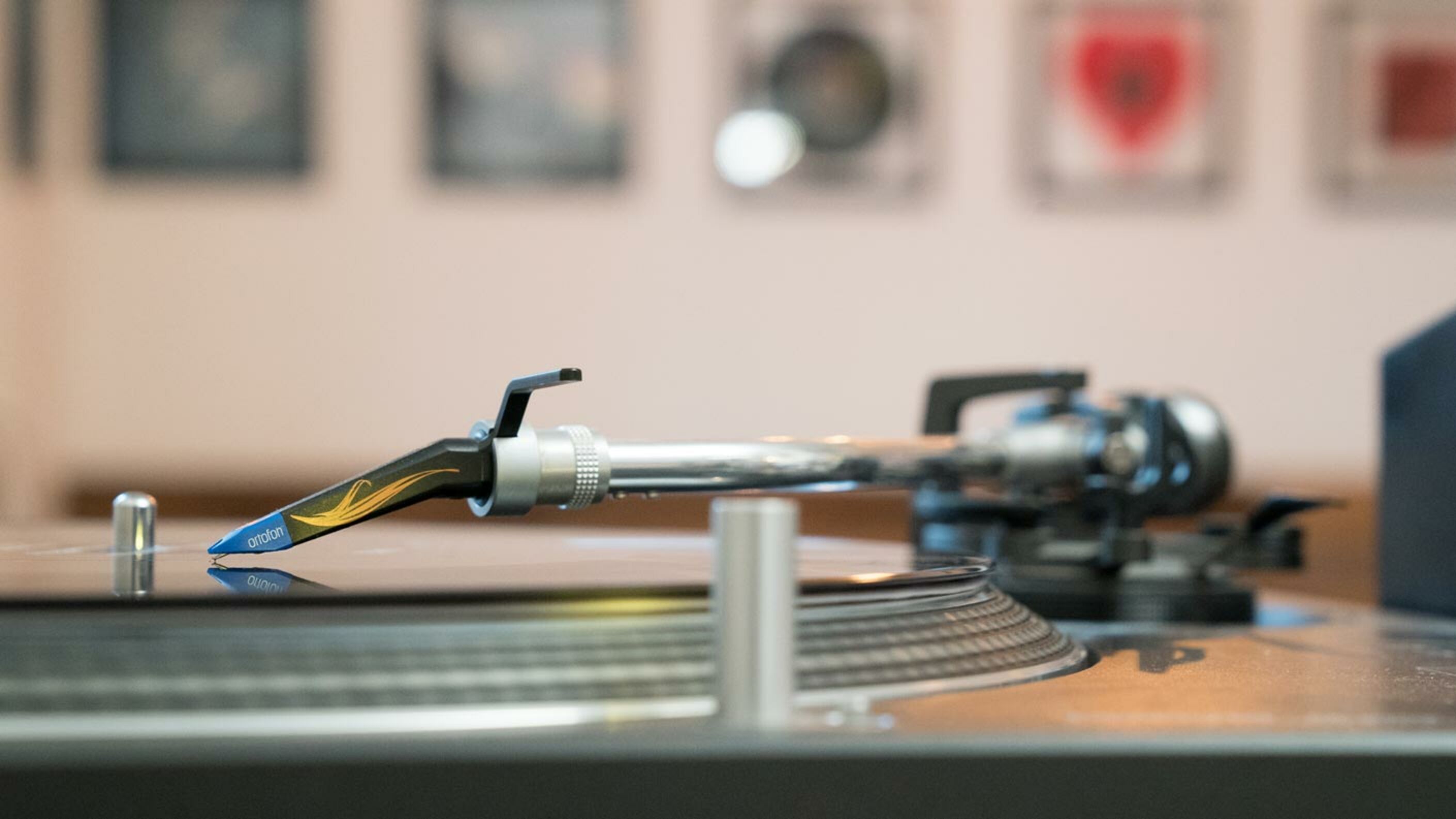 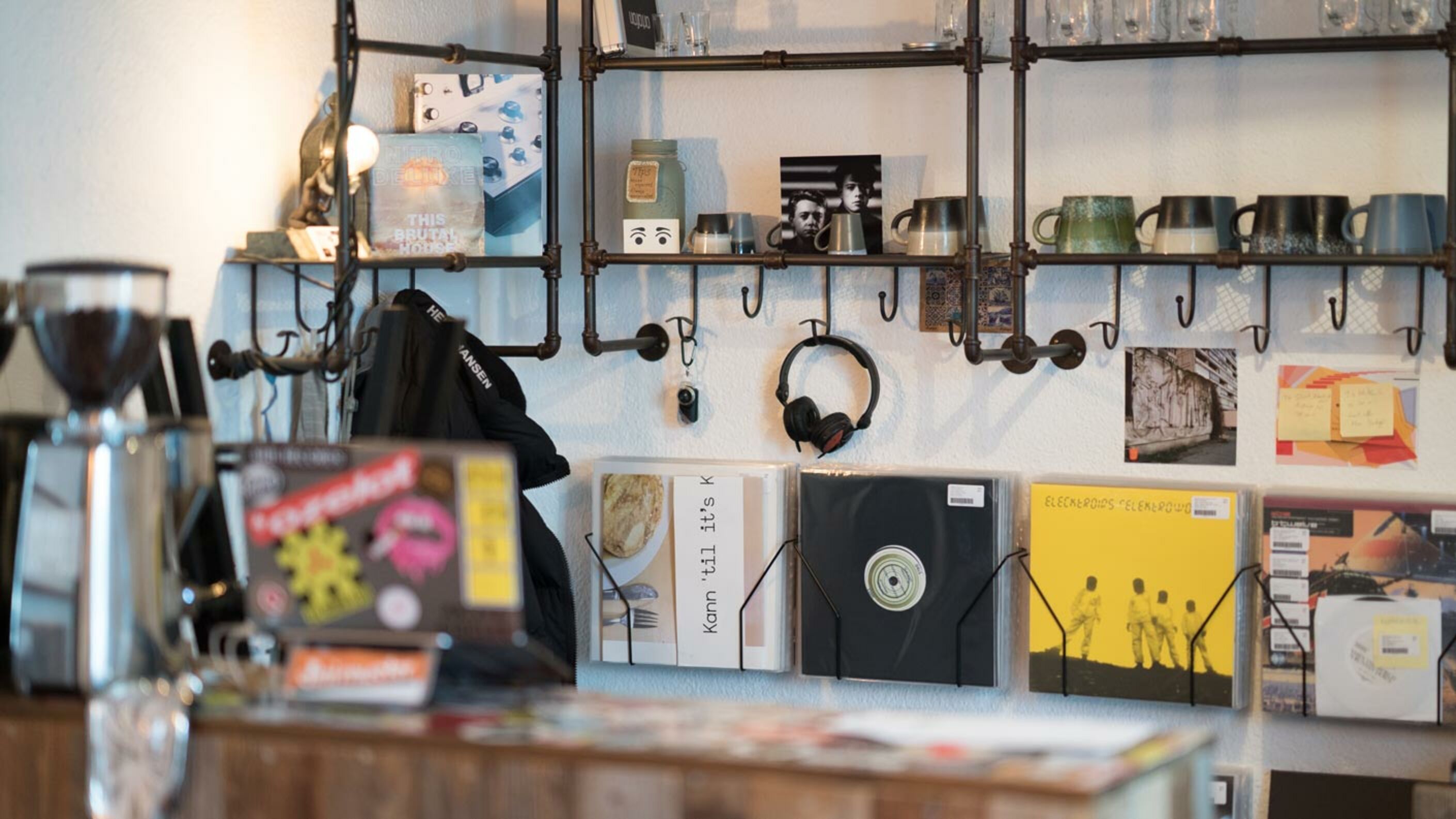 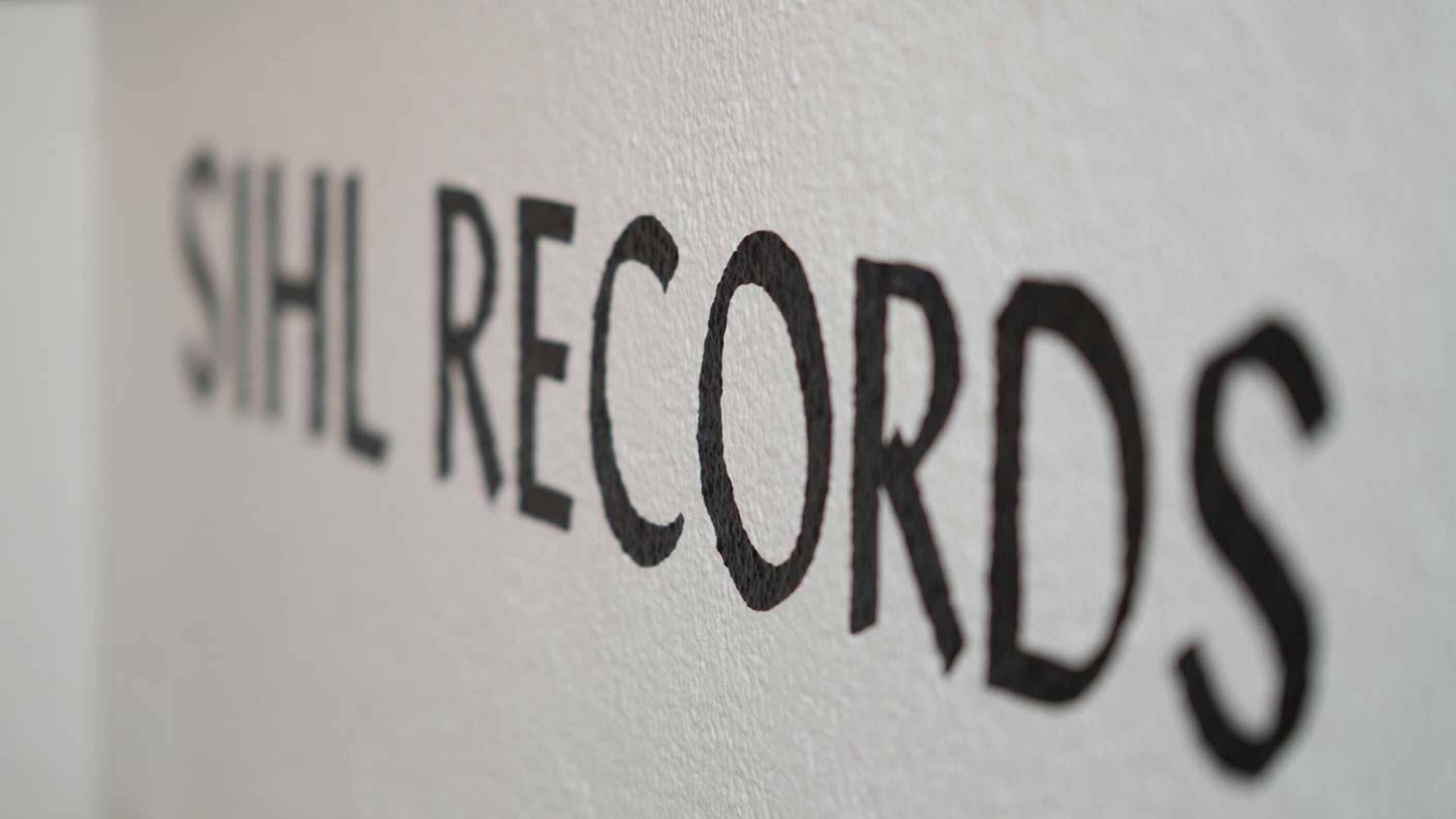 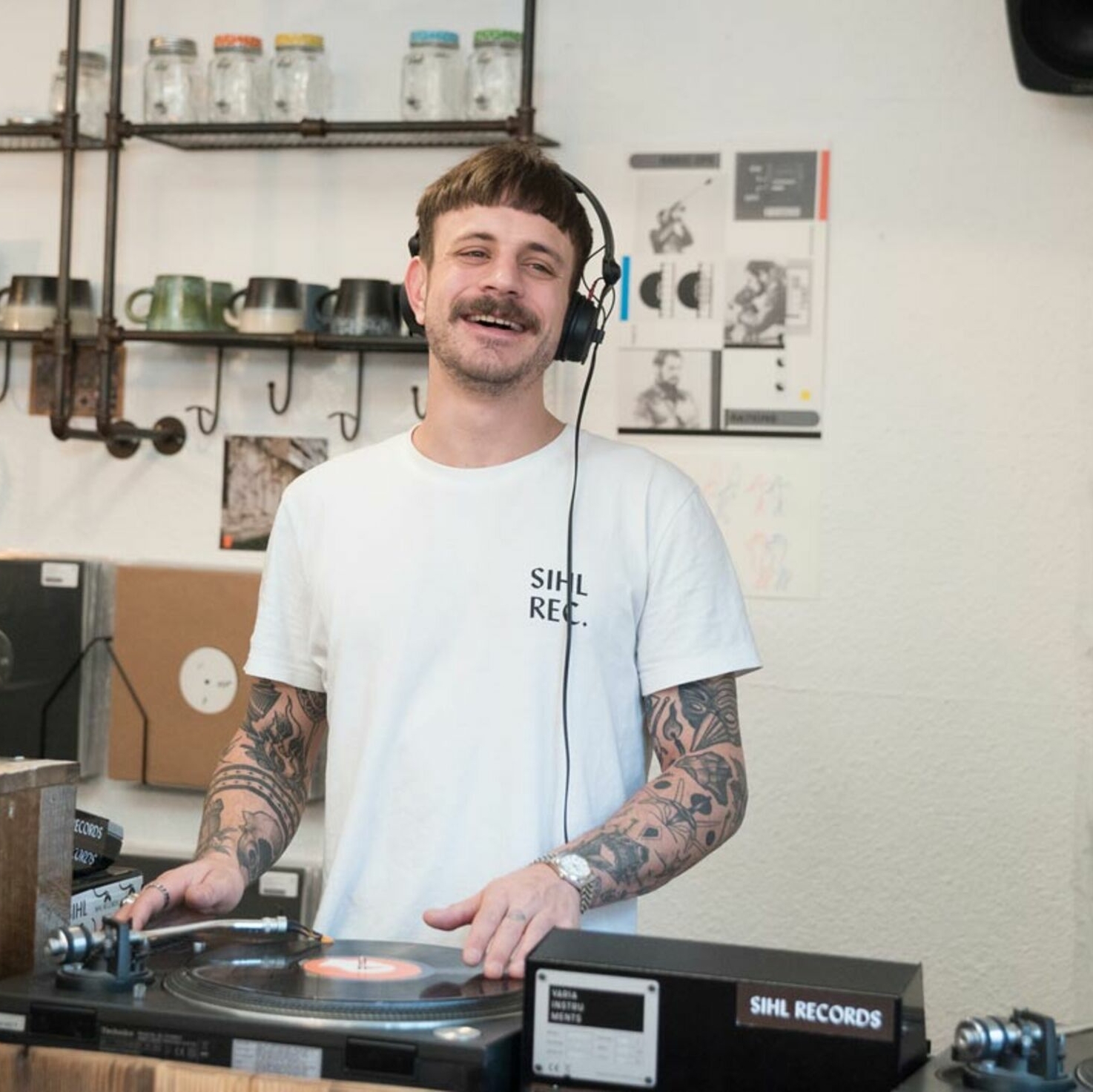 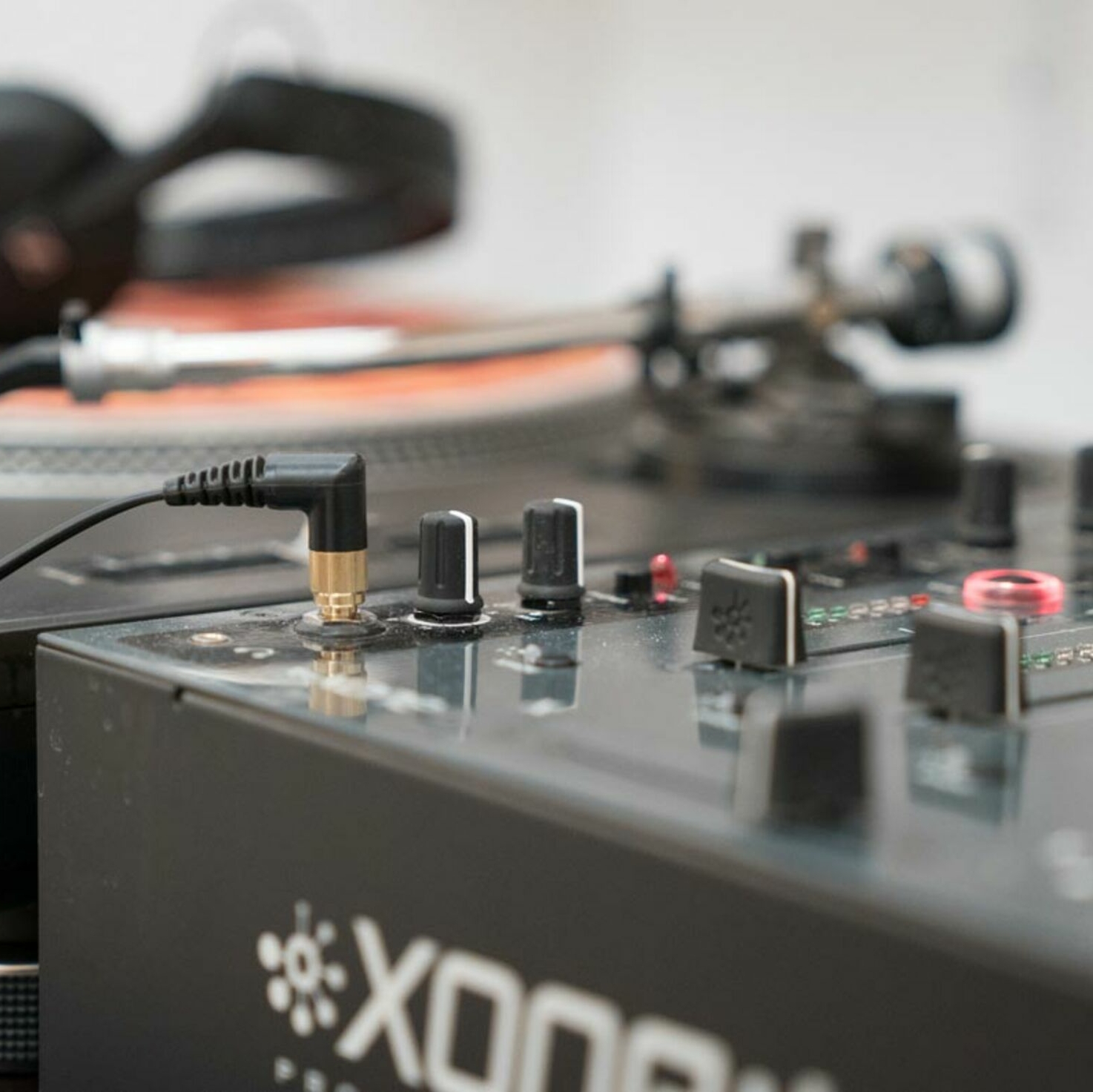 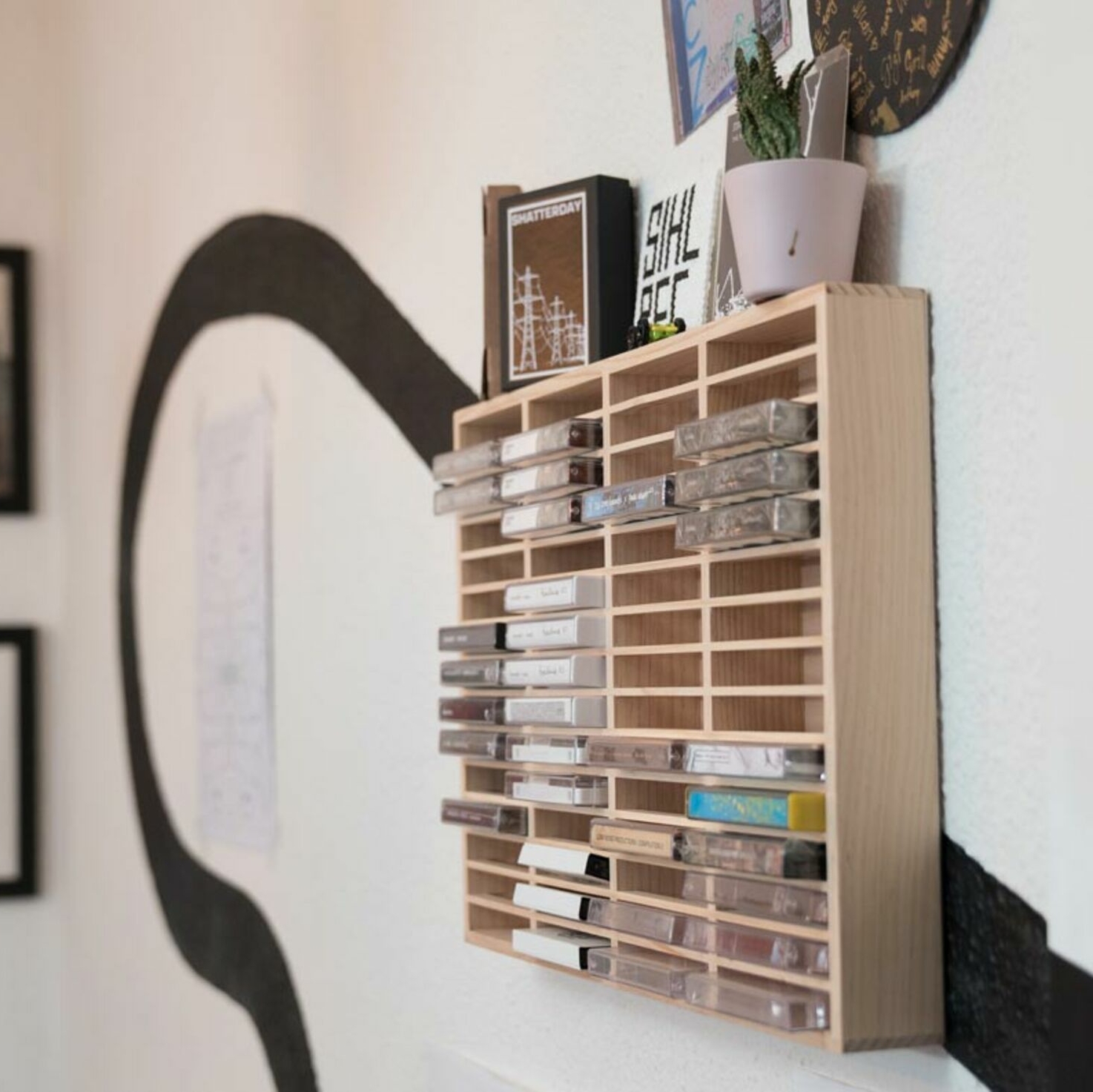 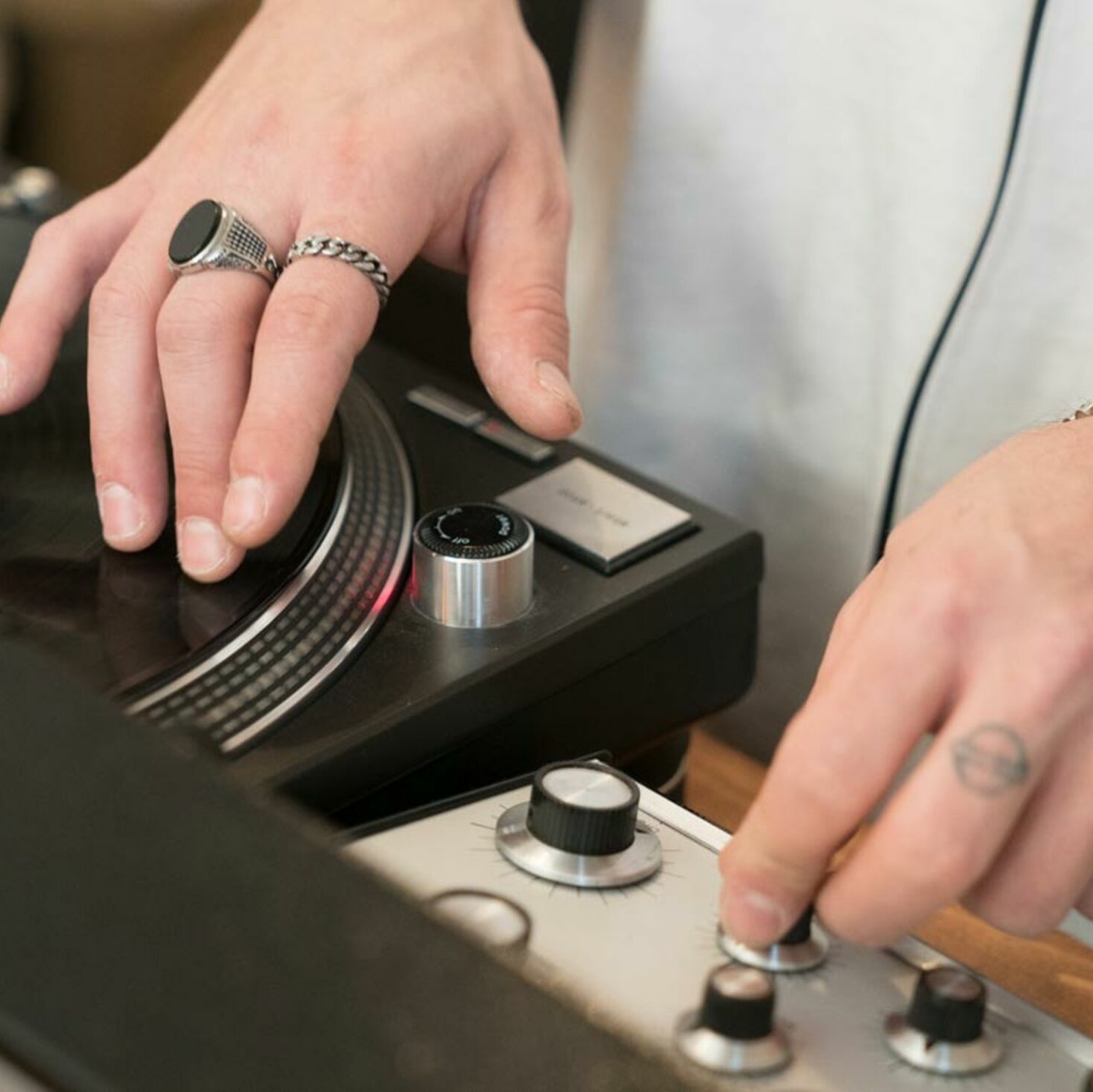 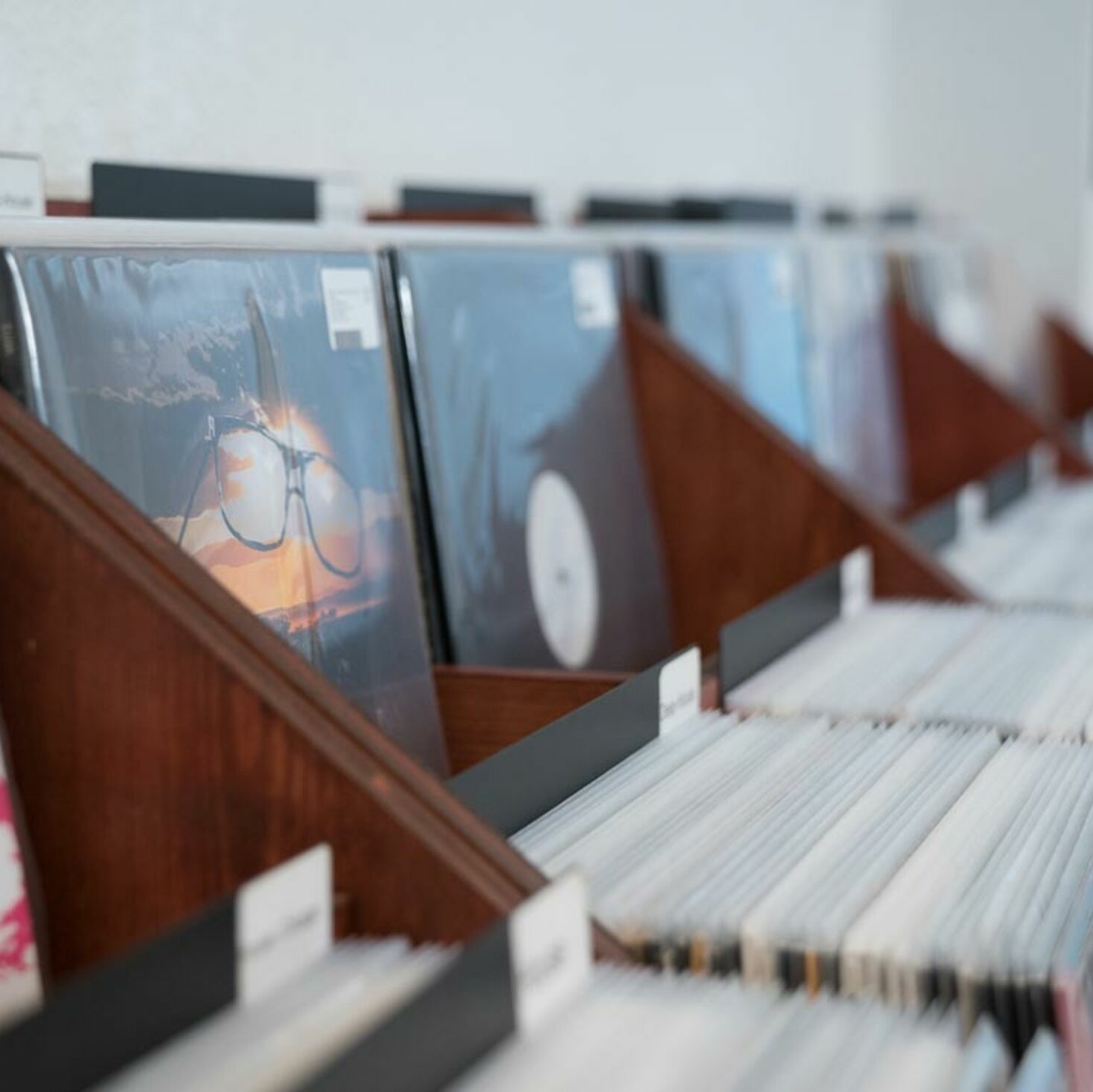 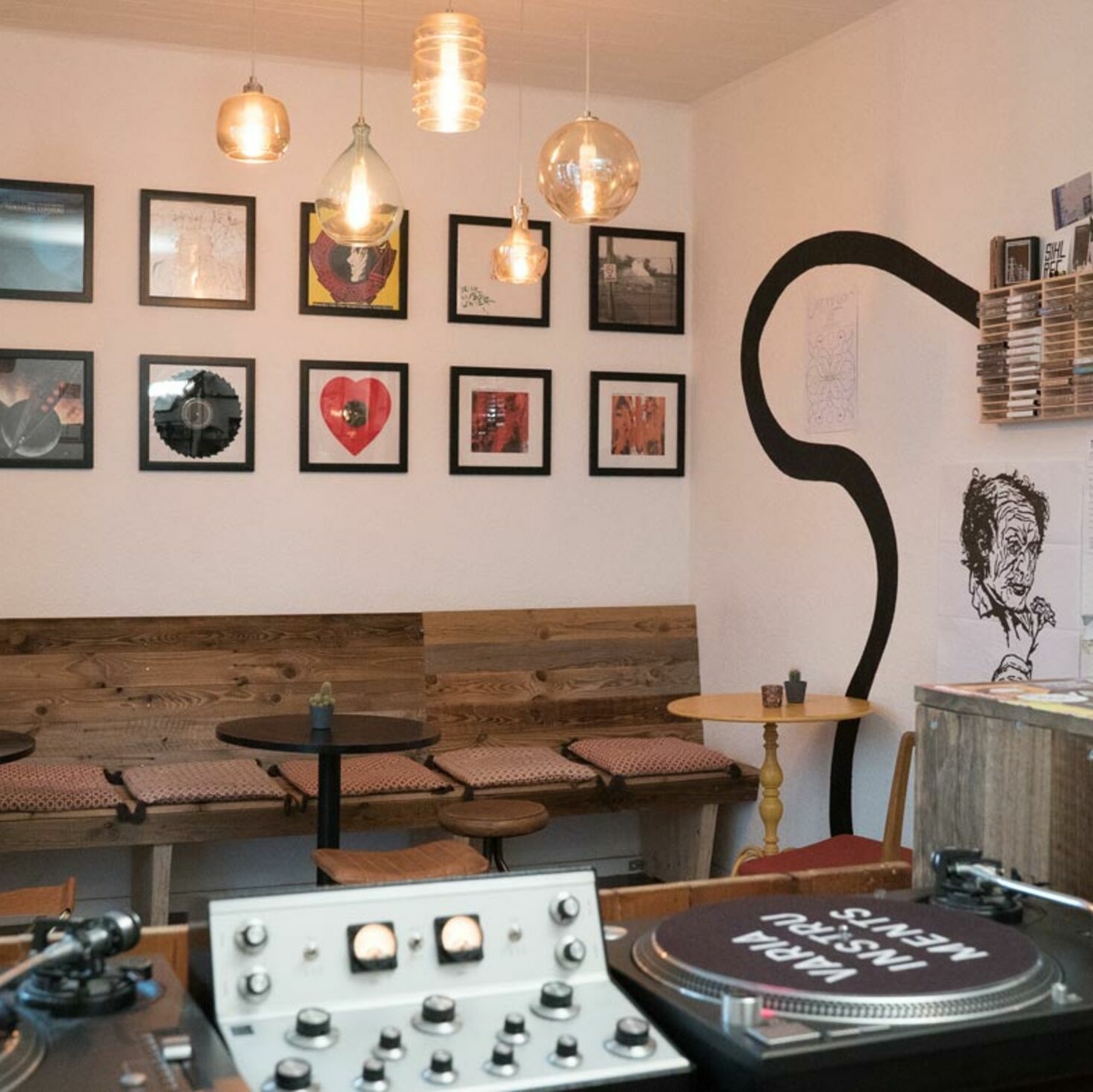 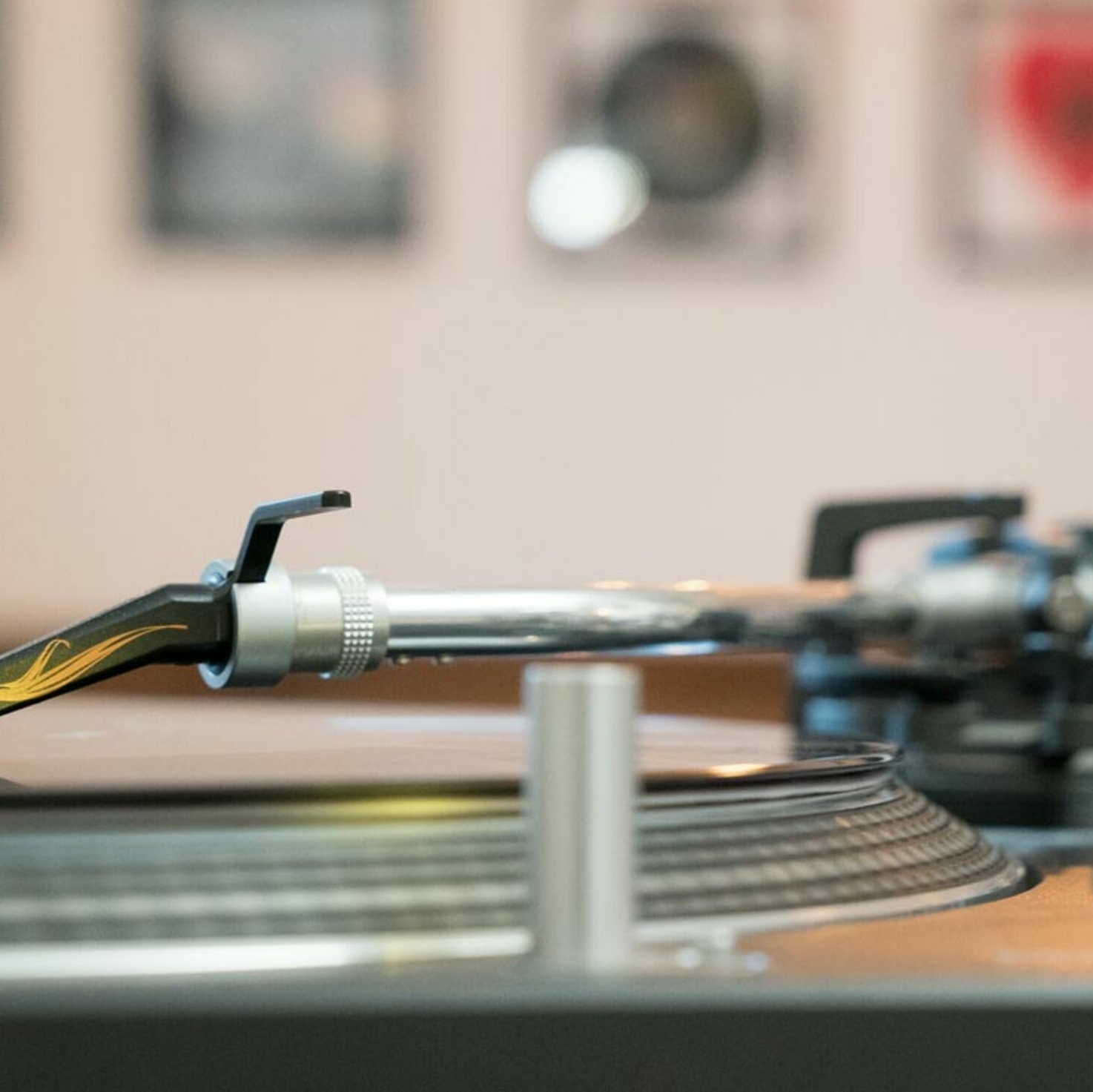 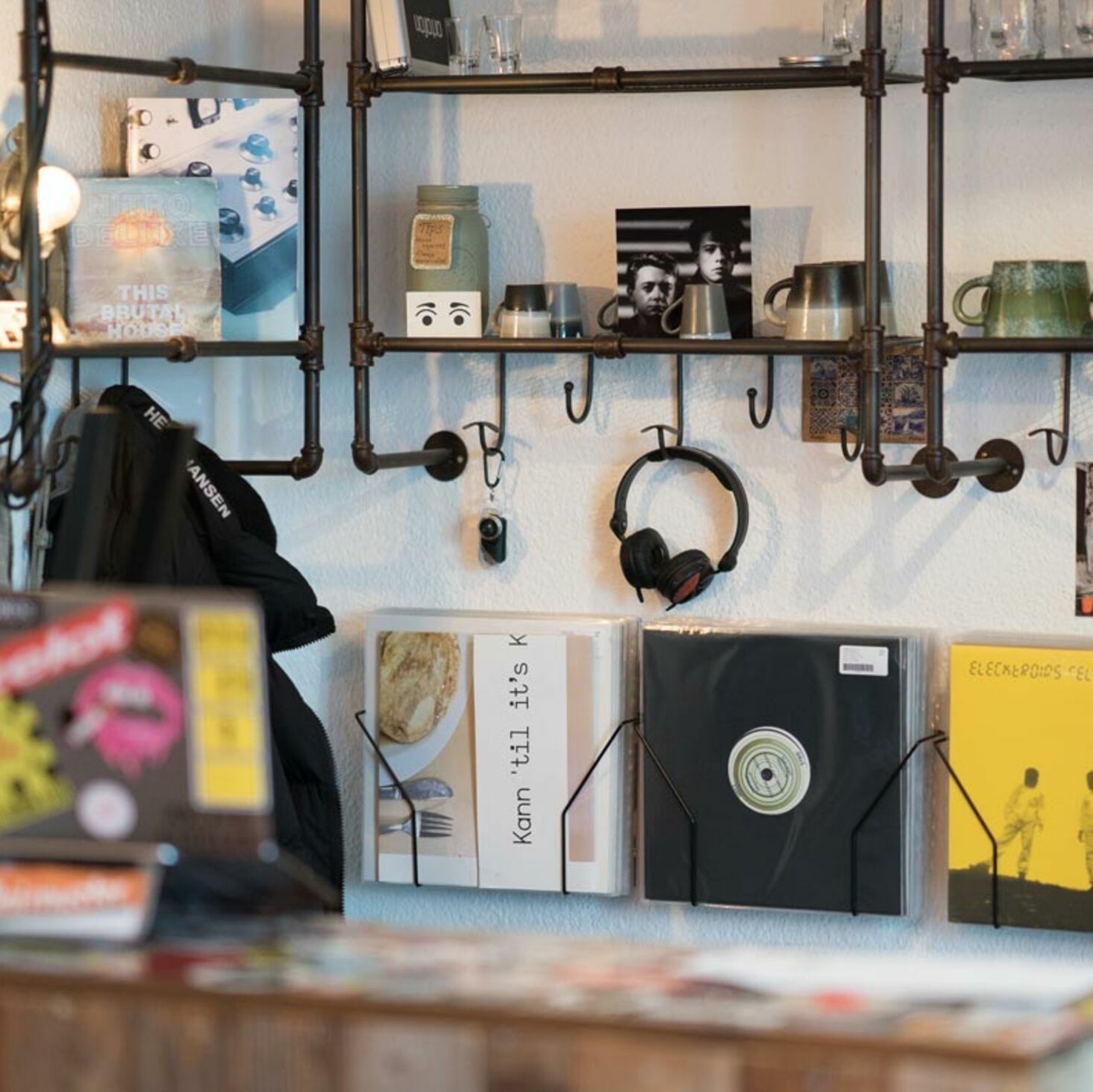 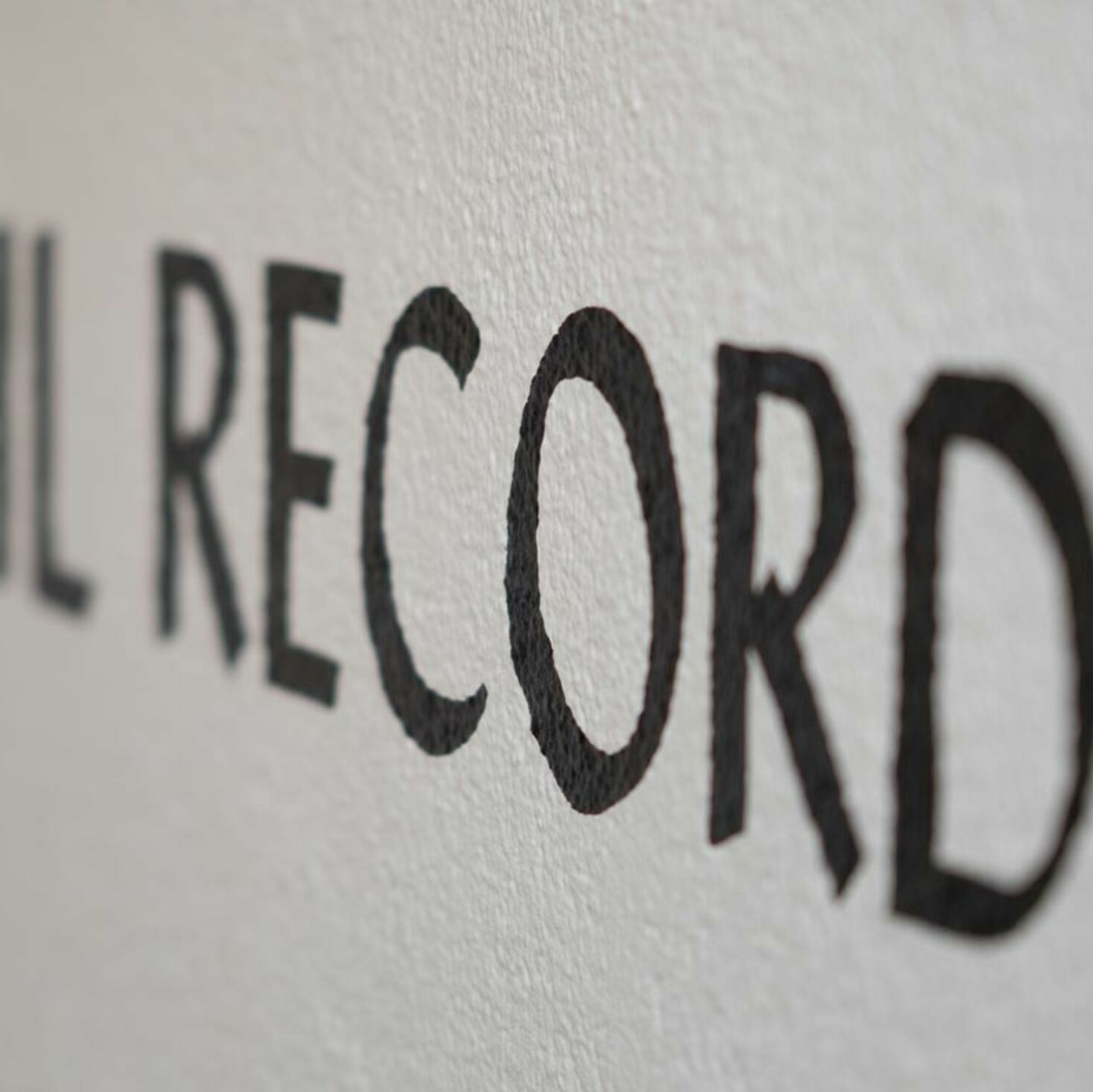 Sihl Records, owned by Andreas Müller, is probably the most successful record shop in Zurich – without having any passing trade.

Andreas Müller is a DJ, label founder and shop owner: Sihl Records is half coffee shop, half record store, where you will find the latest releases alongside the most valuable musical finds. And the store doesn’t just attract local DJs.

‘There’s no passing trade here,’ DJ Andreas Ramos, as Andreas Müller is known, was warned by his landlord when he opened Sihl Records. ‘I nodded and said: “Yes, that’s just how I want it.”’

That Andreas can do without, or is even willing to give up the ‘random dude that comes in and says: “Oh, records, do they still make those?”’ has something to do with his own expectations: ‘For a record shop to succeed these days, it has to come across well. It has to look good and be well arranged and curated.’

If you ask Andreas nicely, you can listen to your records on the main system – and mix them. This has led to the iconic in-store sessions.

And that’s exactly what Sihl Records is: half coffee shop, half record store. The best-looking covers hang in colour-coordinated arrangements on the wall, the new releases sit in angular racks in the shop’s nooks and crannies, the musical gems underneath on the floor. Four listening stations with brand-new turntables and top-quality DJ headphones create an upmarket feel.

If you ask Andreas nicely, you can listen to your records on the main system – and mix them. This has led to the iconic in-store sessions attended by local heroes, and ever-more frequently by reputable guest DJs from further afield. They’re even streamed to the homes of those in the Sihl community via video link. It has taken the determined self-starter five years to save up his fees for this.

What began as an ambitious-sounding plan back in 2016 is now a reality.

What began as an ambitious-sounding plan back in 2016 is now a reality: the Zurich-based DJ and vinyl lover runs a little record shop just for music connoisseurs and vinyl aficionados at Martastrasse 114, where there is a constant influx of big-name visitors.

There’s the young, cool newbie looking for the club hits from last weekend’s party. The style nerd with the dry sense of humour who uses few words, straightens the braces on his trousers and mentally prepares himself for his tour through the Balkans over a beer. The experienced radio DJ who once used to have her own record shop. The neighbour, a veteran Zurich label owner who runs a bike shop nearby and plays at the in-store sessions in the evenings. 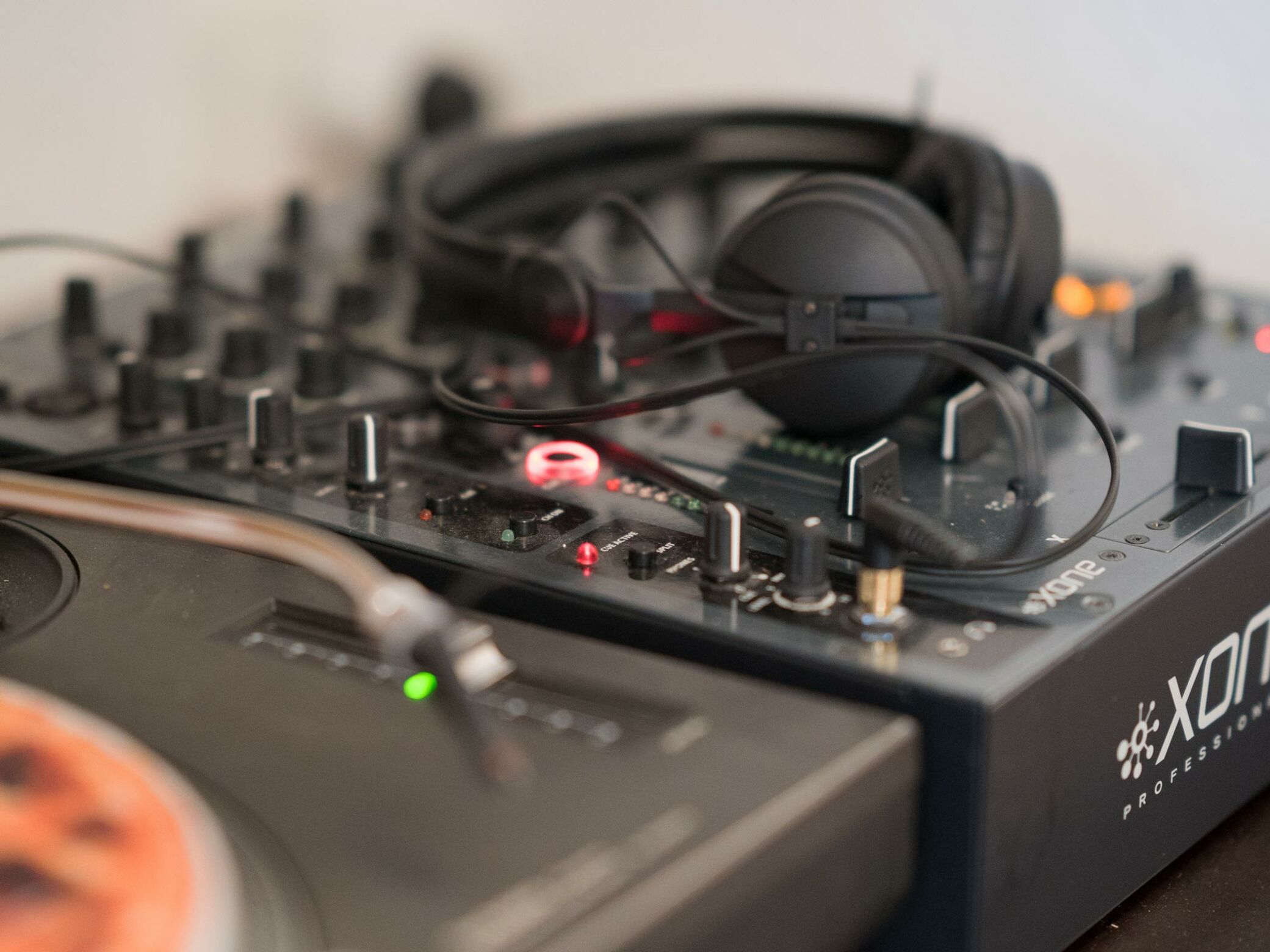 Number of records he has ordered this week: ‘It’s a record!’

And serving them all free coffee is Andreas, who undertook extra training to become a barista when he opened the shop. Andreas doesn’t see Sihl Records as a shop, but much more like ‘a community, a meeting point for all those for whom club sounds hold true meaning.’ Much like a breeding ground for talent from the Wiedikon quarter, a ‘creative music hub’.

In addition to this, several of his regular customers see the shop as some kind of extended living room, help with the ordering and like to hang out here. ‘Let’s go to Andi’s, bro’ has become a familiar phrase. And they can end up staying a long time: ‘The longest visitor was here for a whole shift,’ Andreas laughs. ‘I take it as a compliment.’

Previously, he worked at the power station in Zurich. The fact that Andreas can have a life outside of Sihl Records is down to his excellent business plan.

The fact that Andreas can have a life outside of Sihl Records is down to his excellent business plan. Previously, he worked at the power station in Zurich. Now, at the age of 30, the electro, techno, house and ambient music lover has realised his dream, one step at a time. He is very happy to have ordered 325 records this week: ‘It’s a record!’

So what’s the next step? The label. Even before it was launched, everyone that frequents Andi’s shop bought a black t-shirt emblazoned with ‘Sihl Records’. The first home-grown record is coming out at the beginning of 2019.

Andreas, ever talkative, has in his head ‘an increasing number of anecdotes fighting to be next’.

The contents of the Sihl Records vinyl label are divided into a White and a Black series, for which Ramos and his colleague Look Like curate the house-influenced White Edition and DJ Nicola Kazimir showcases the darker sound of futuristic Swiss techno.

Andreas, ever talkative, has in his head ‘an increasing number of anecdotes fighting to be next’. As a DJ, label founder and shop owner, he always seems to effortlessly find the perfect flow – just like the river that gave his small piece of paradise its name: the Sihl.

Find details of the next in-store session here.