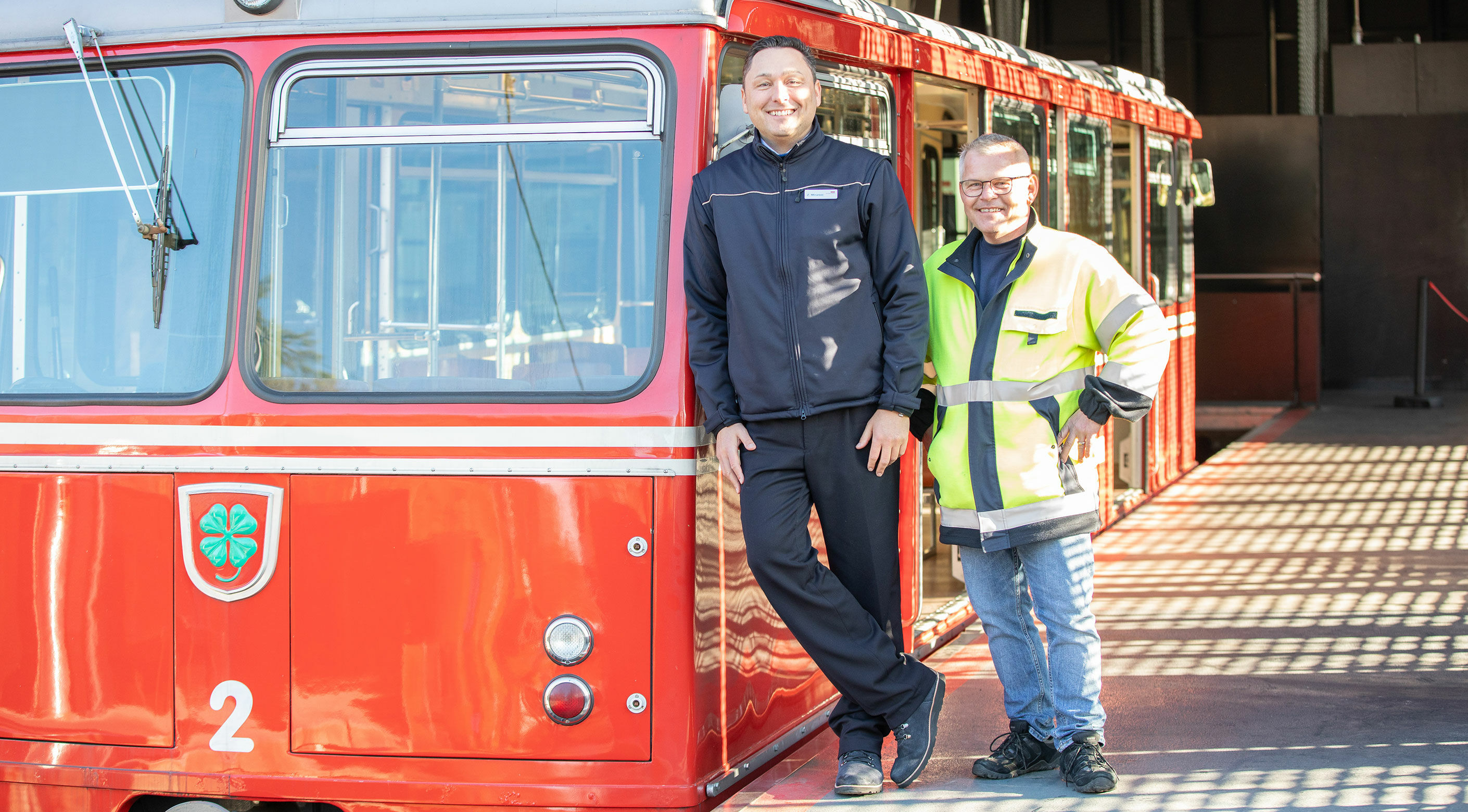 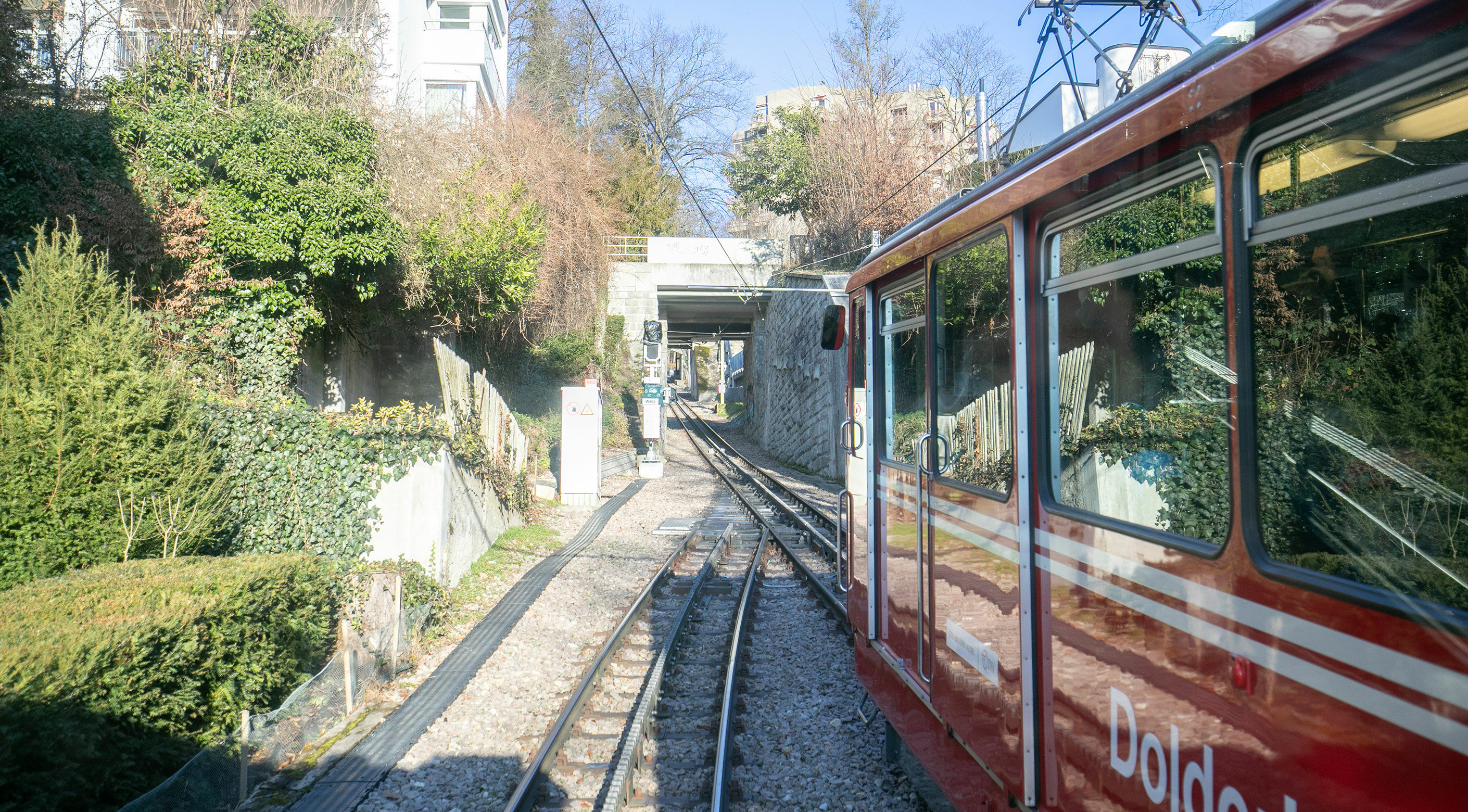 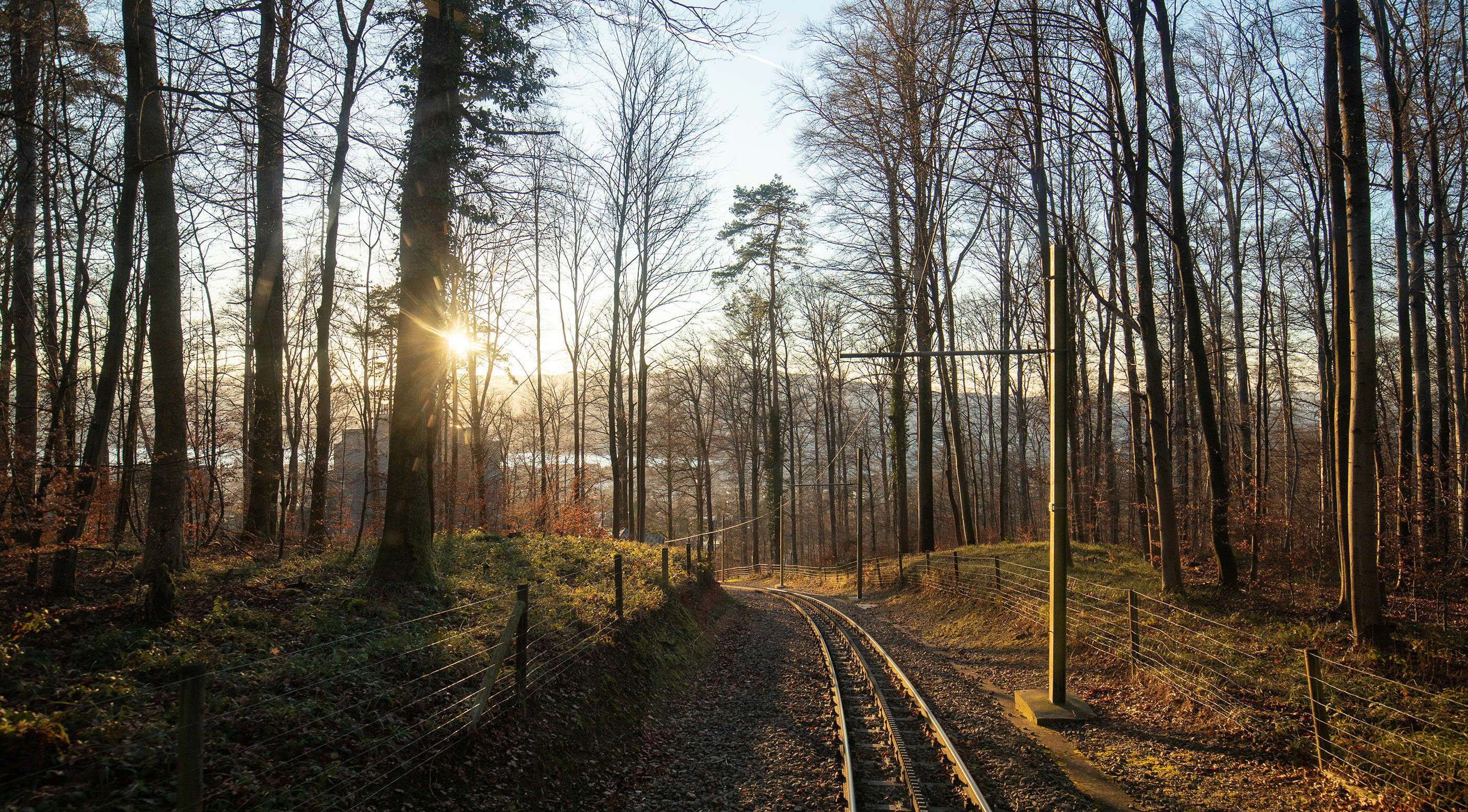 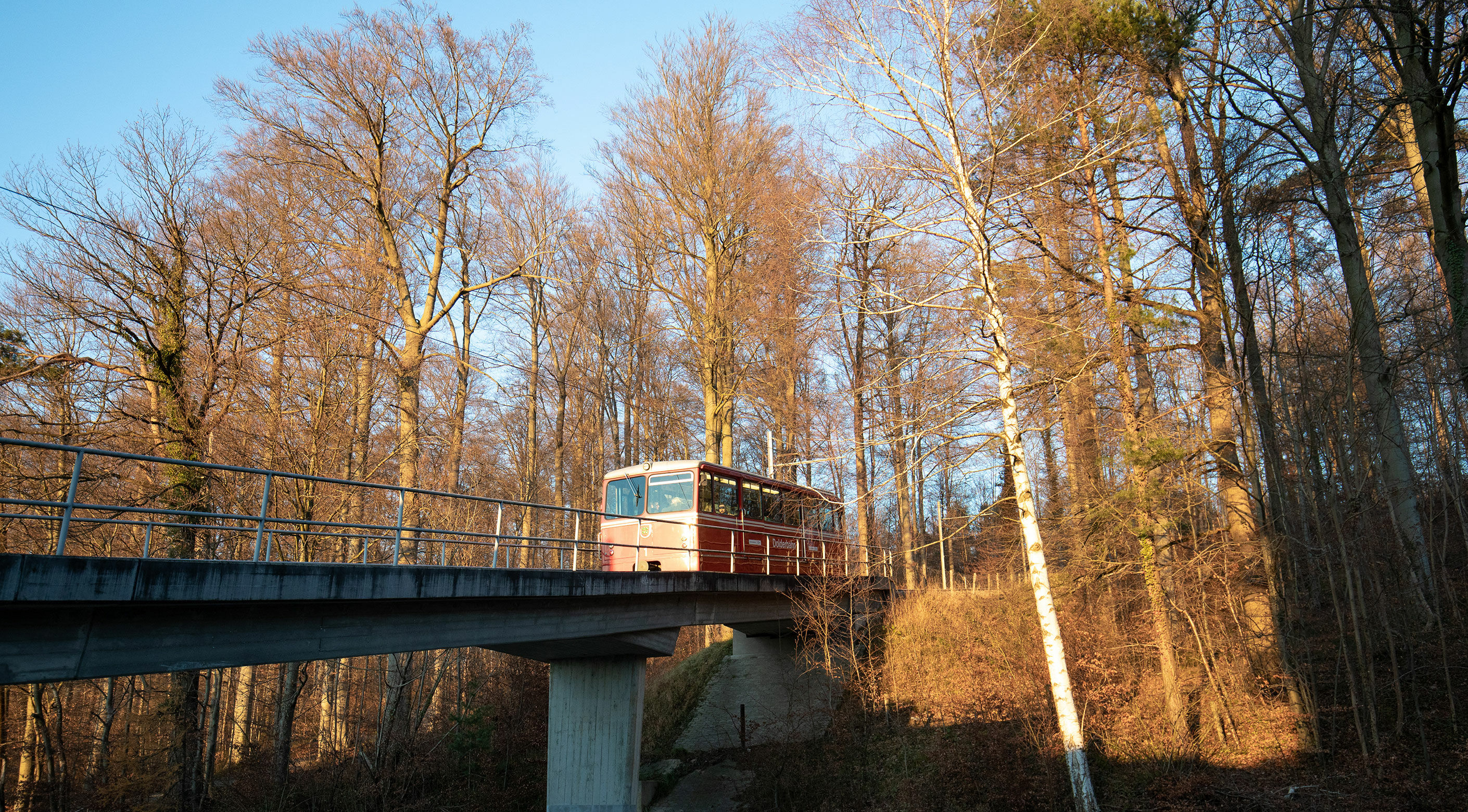 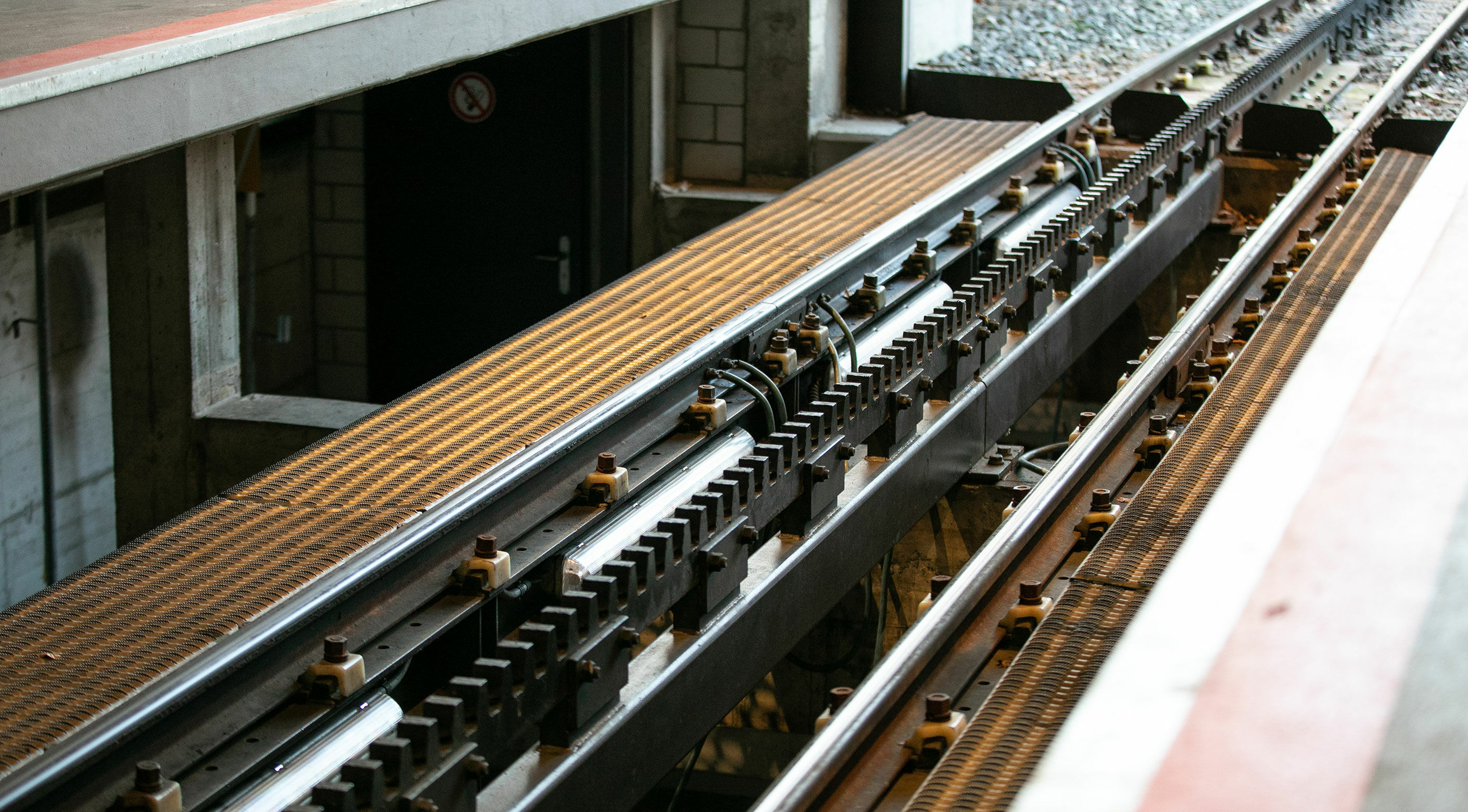 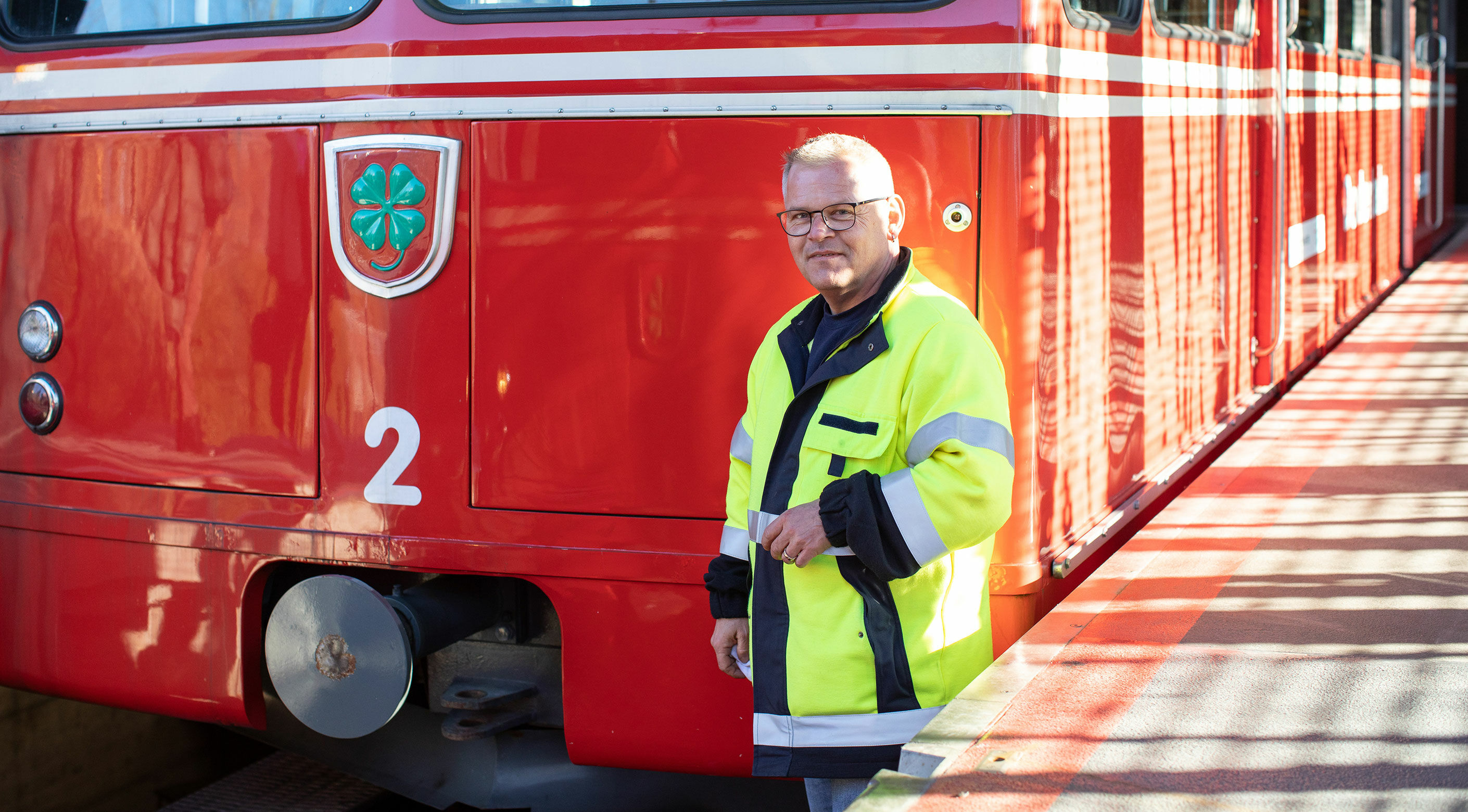 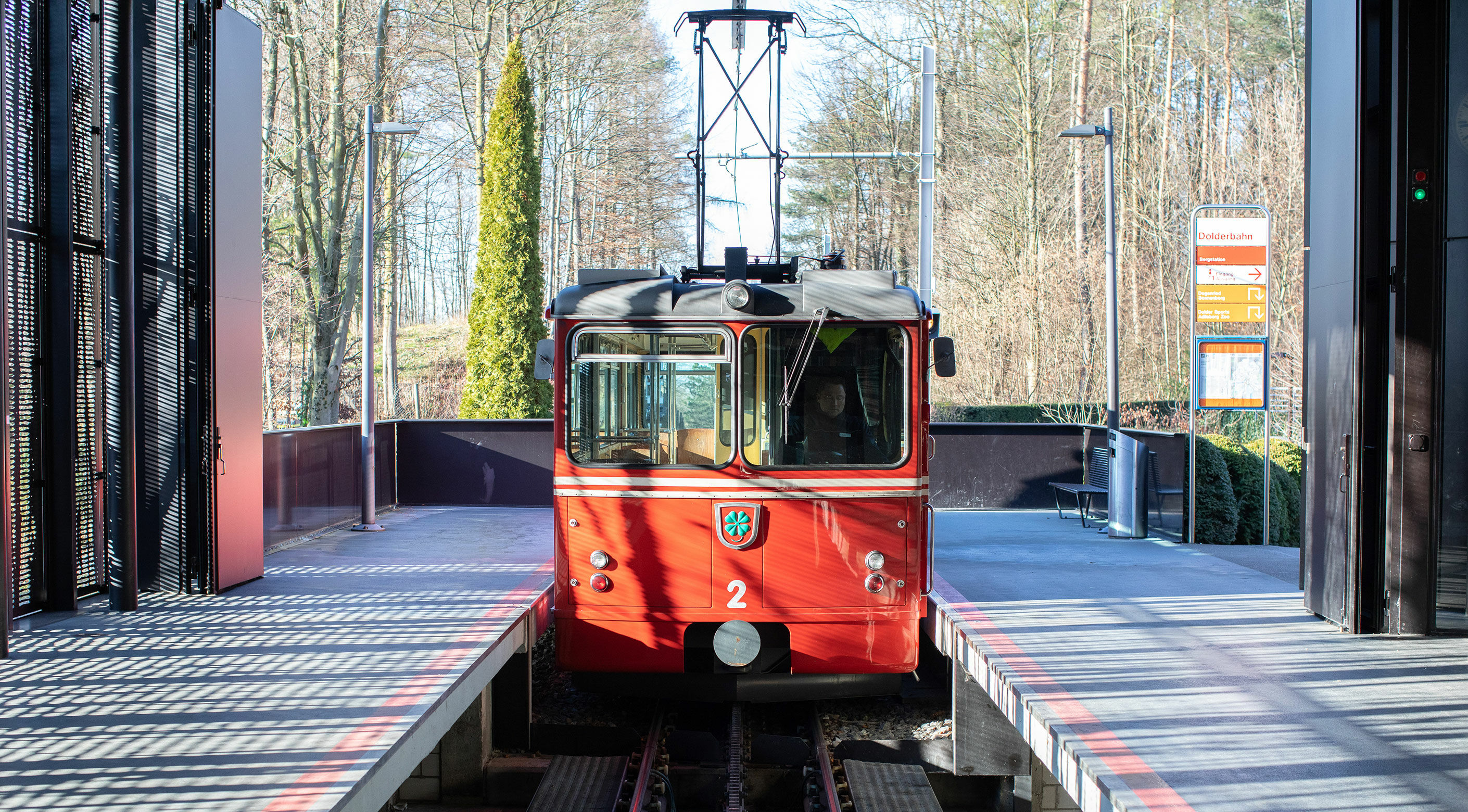 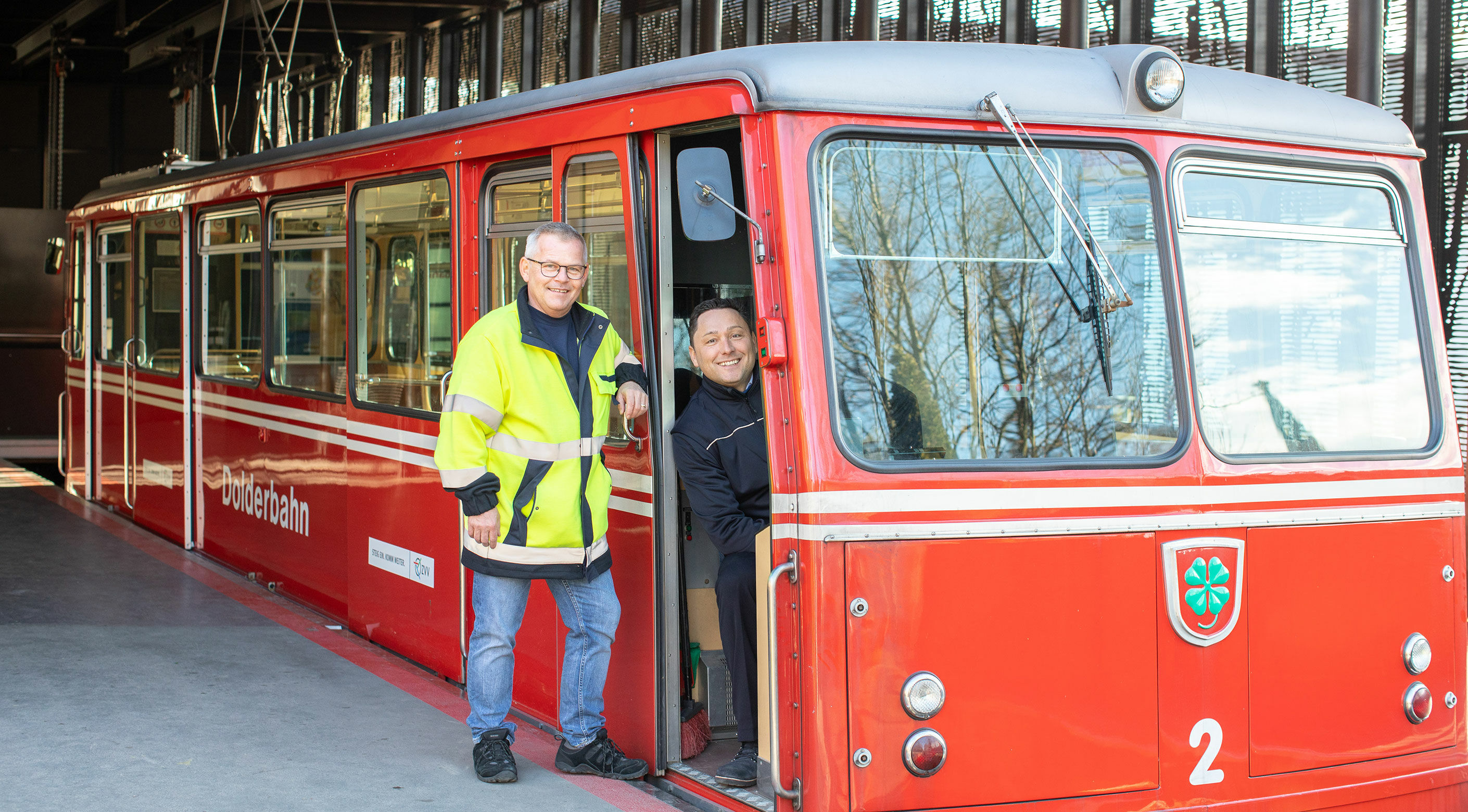 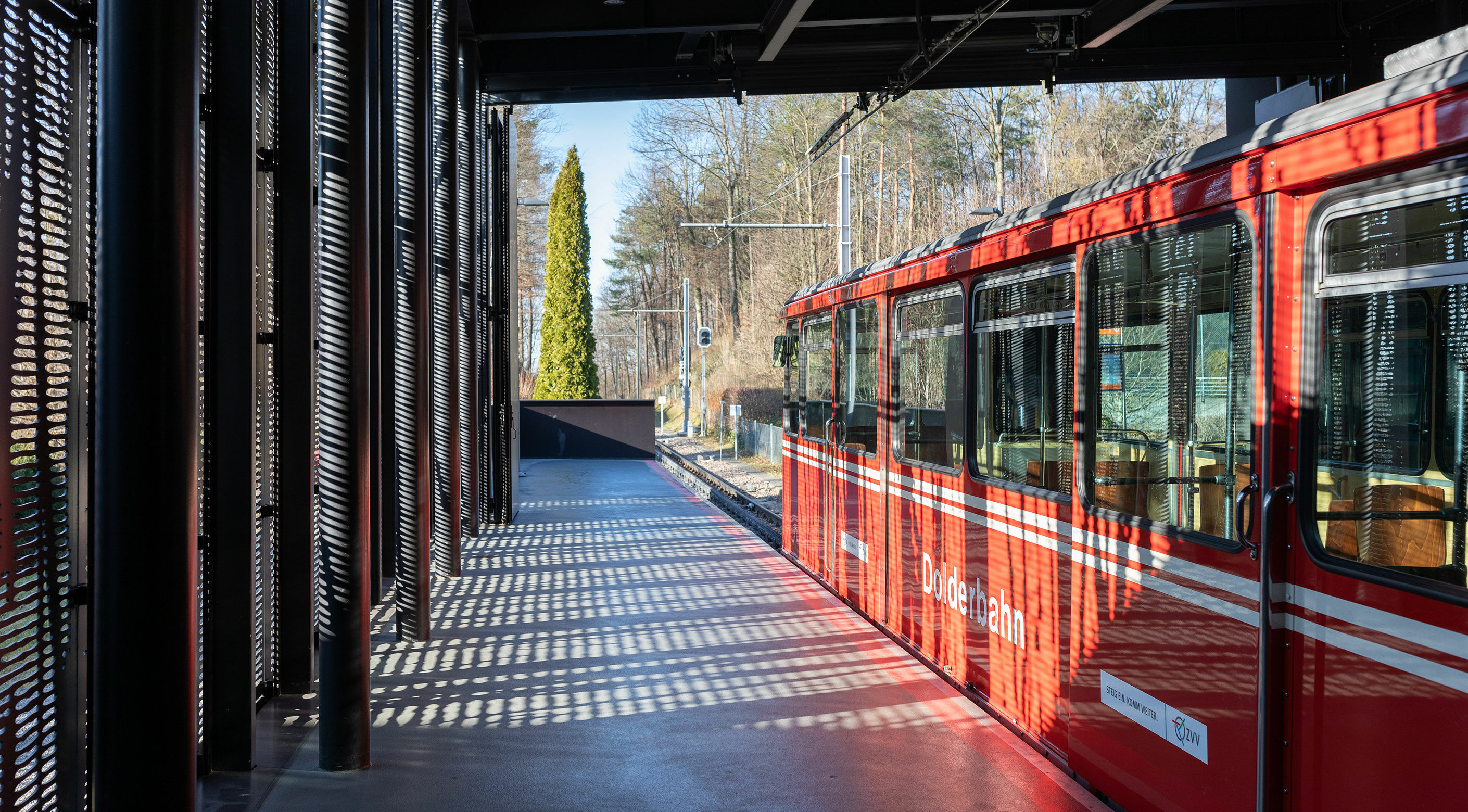 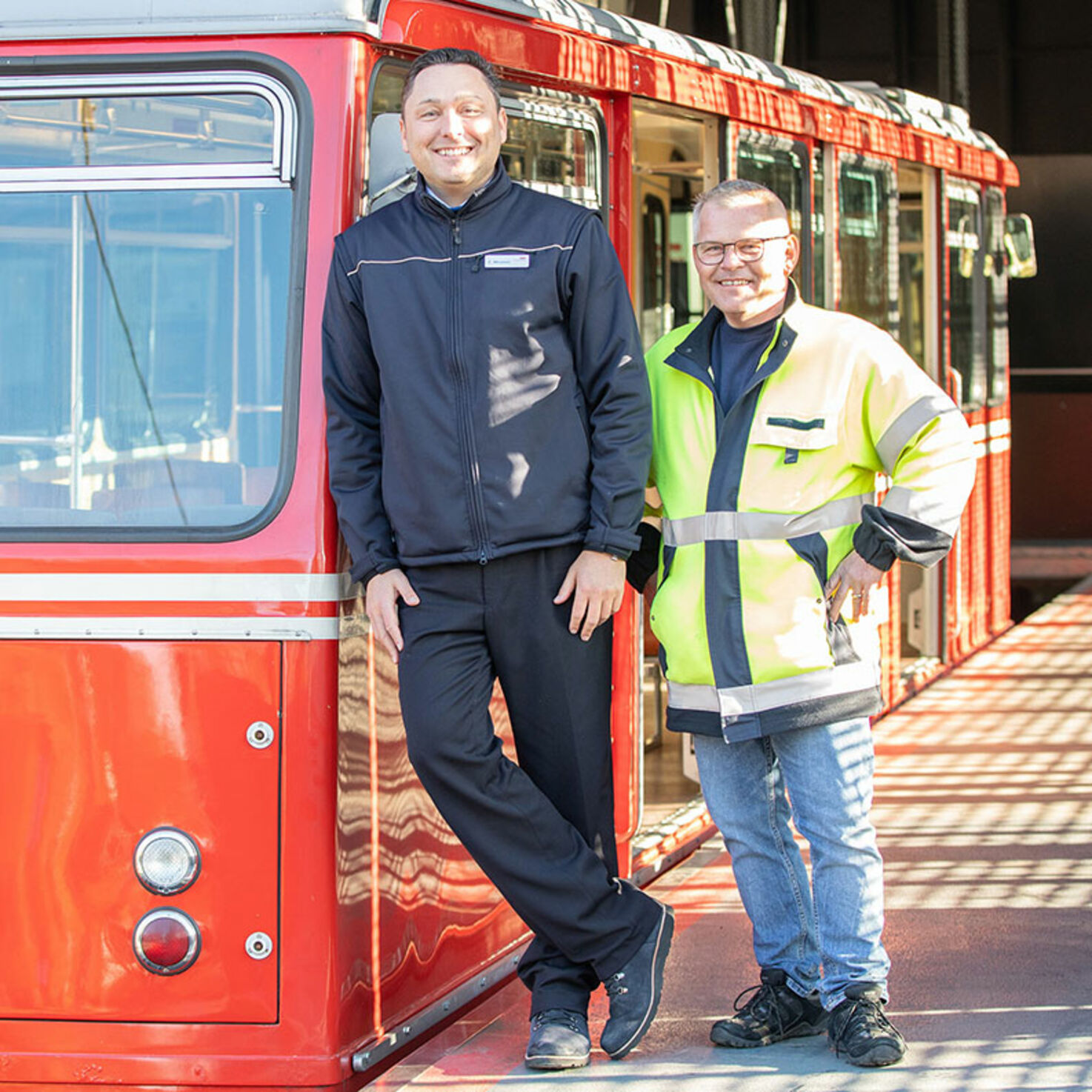 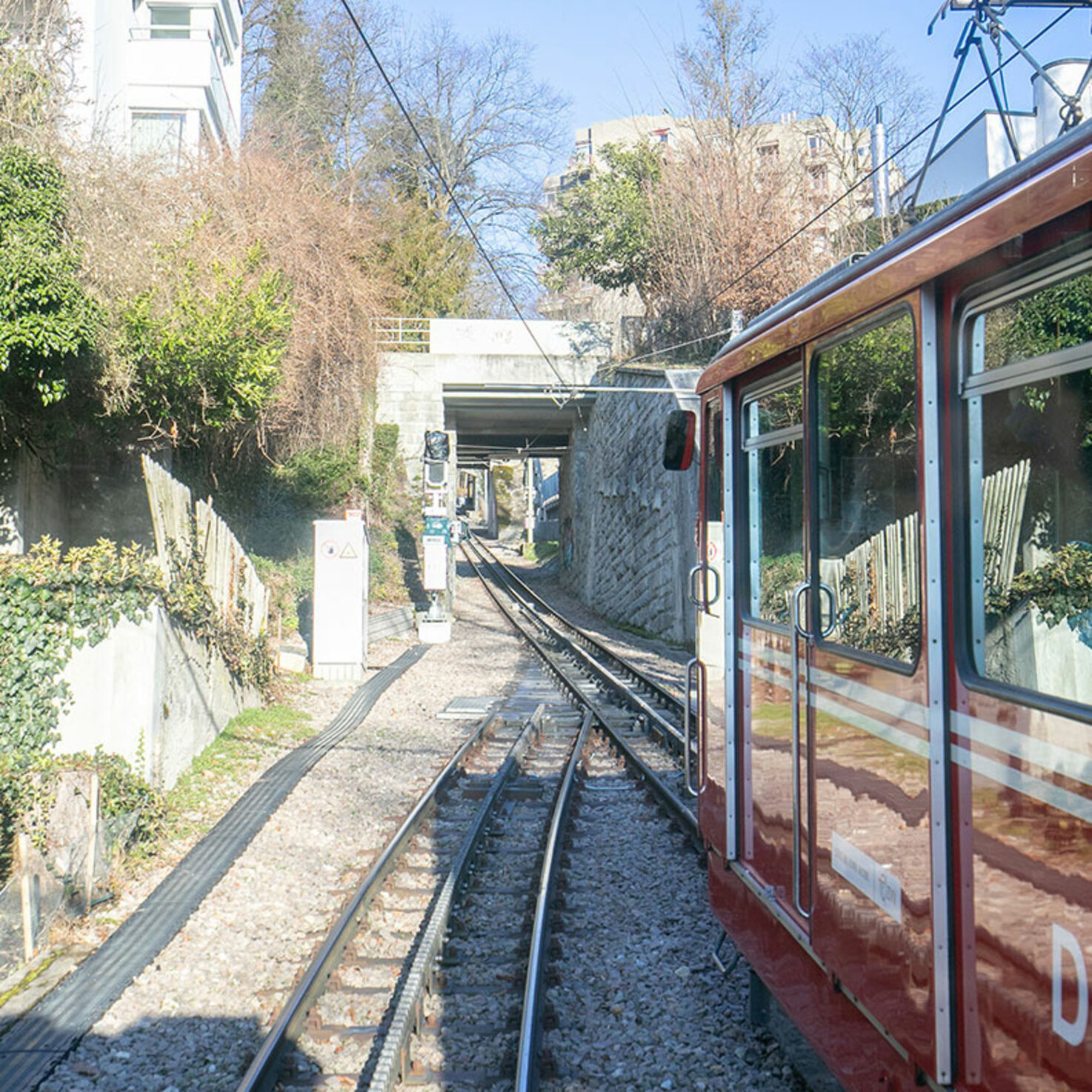 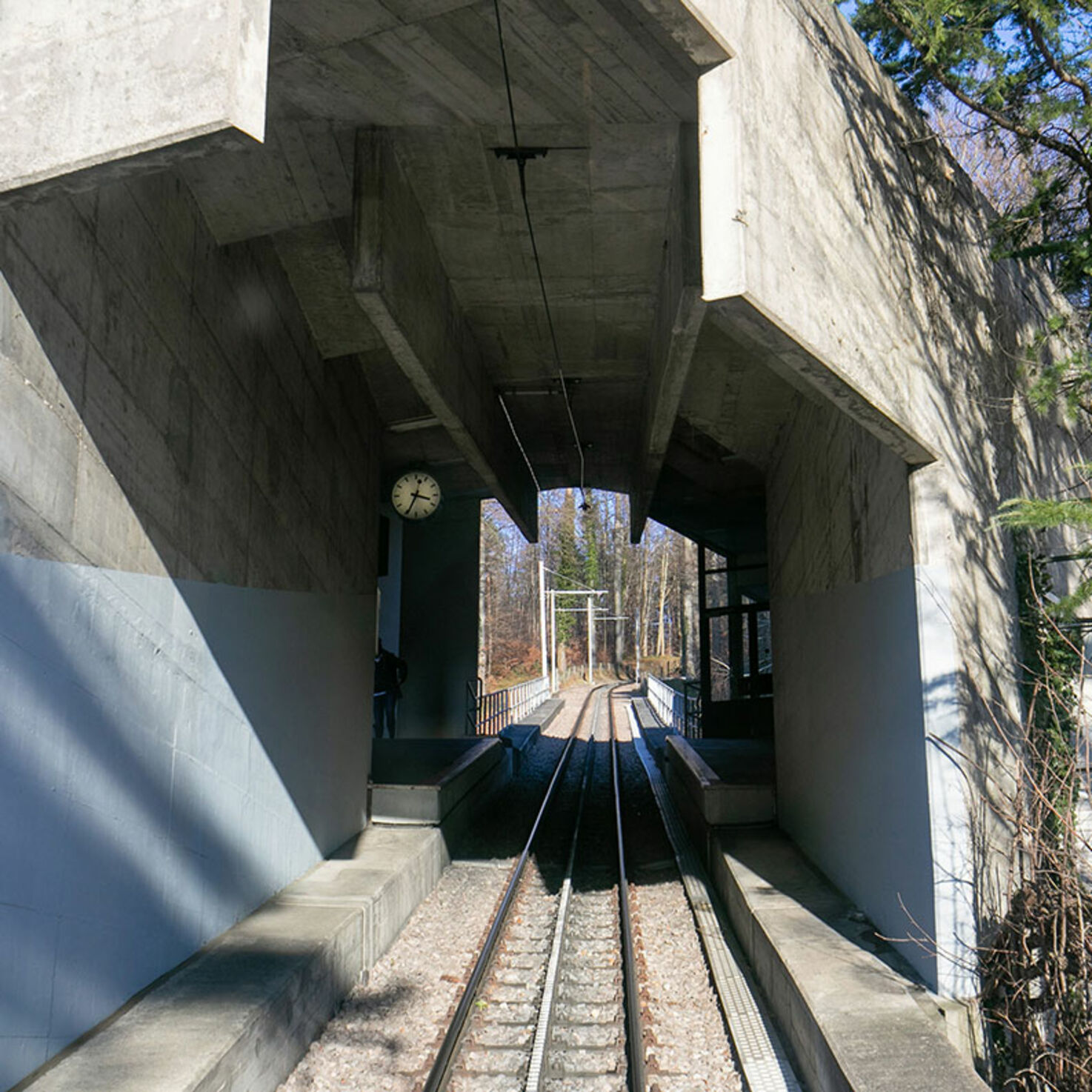 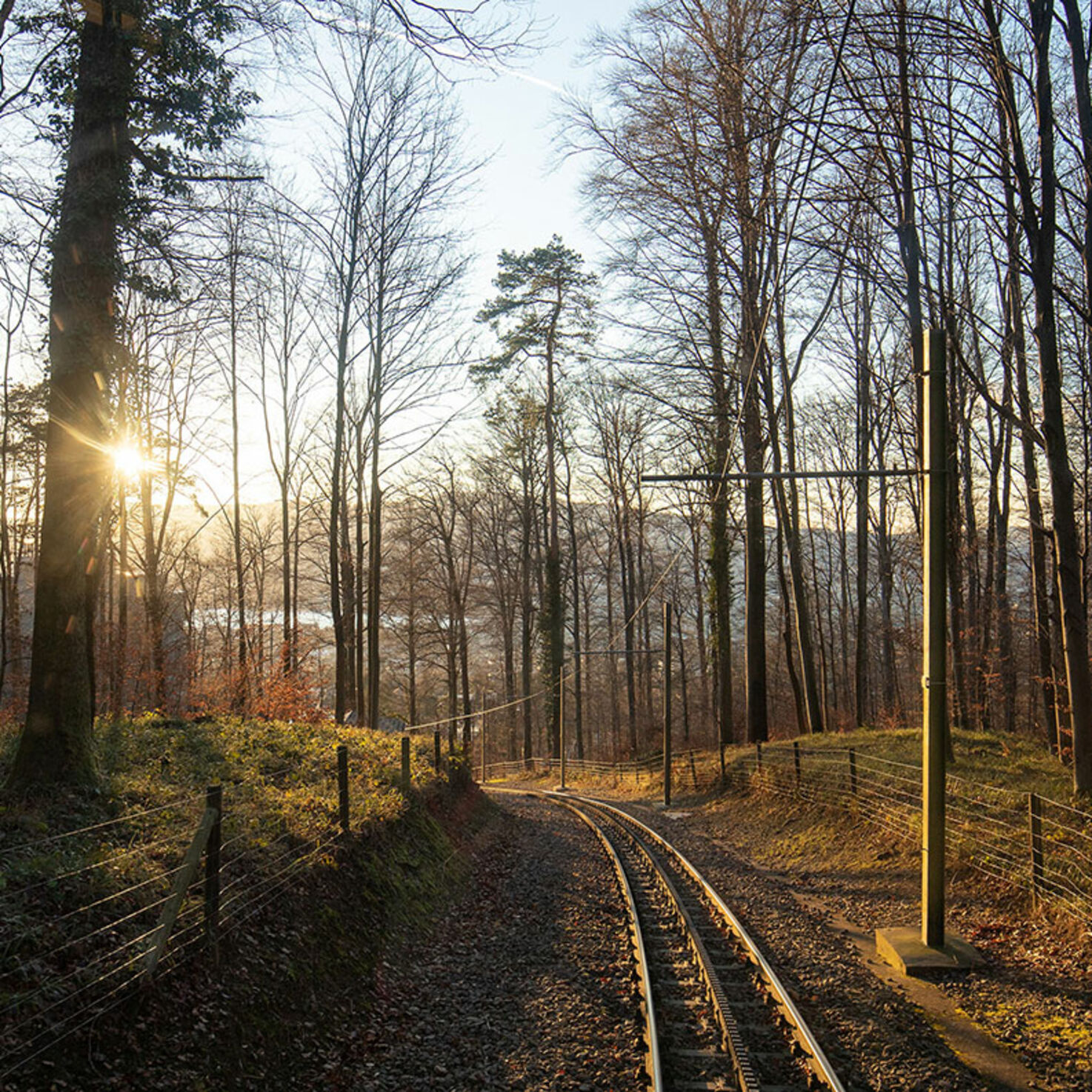 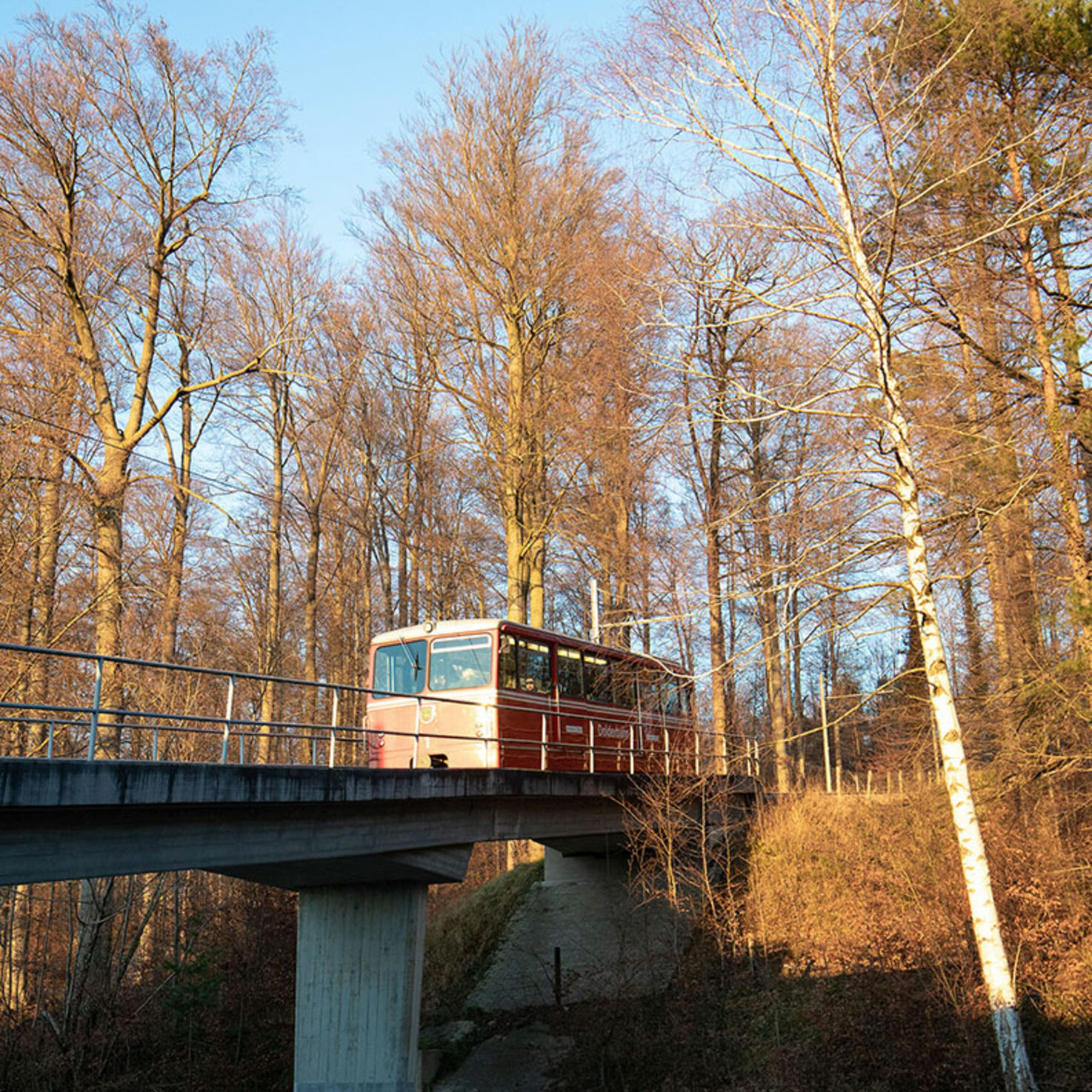 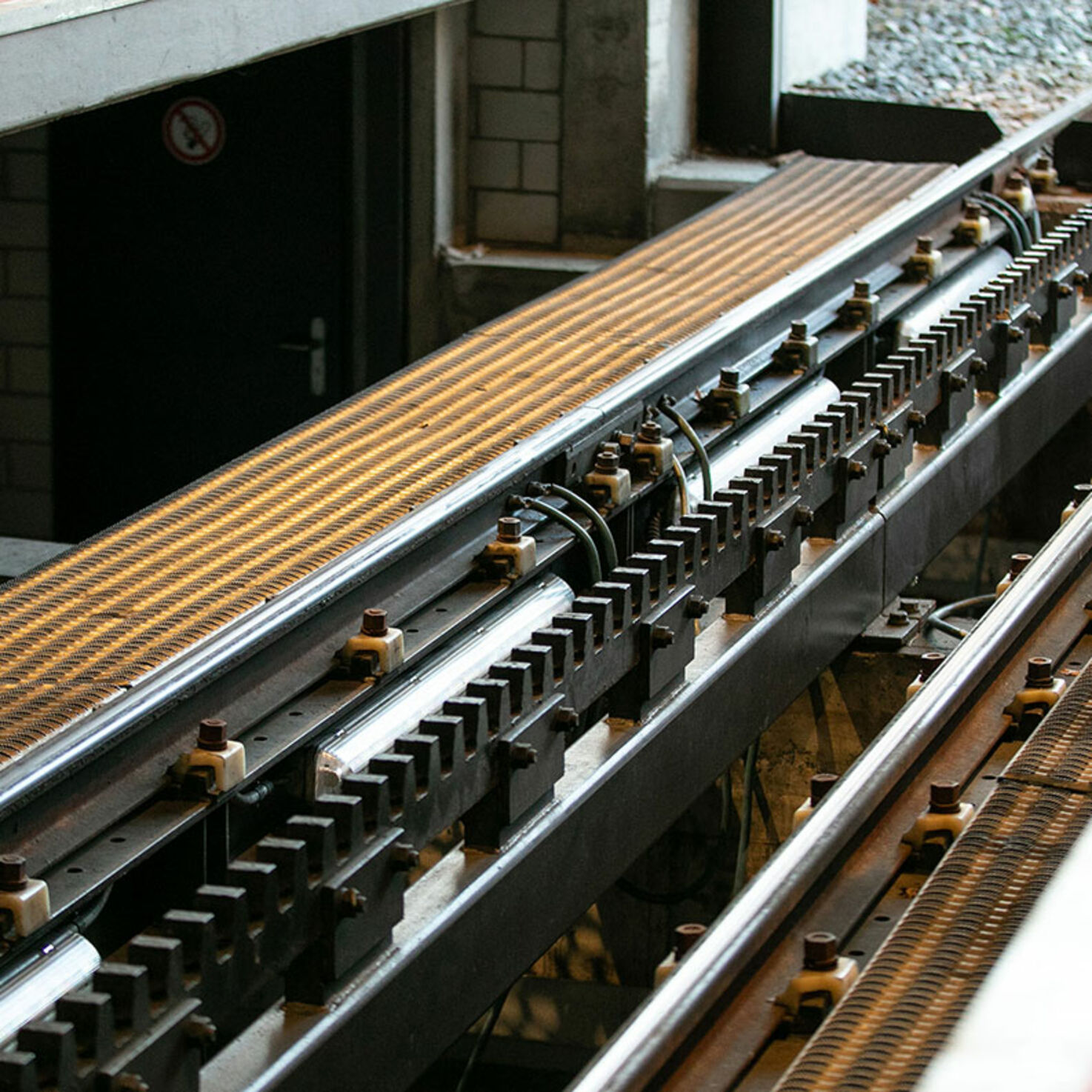 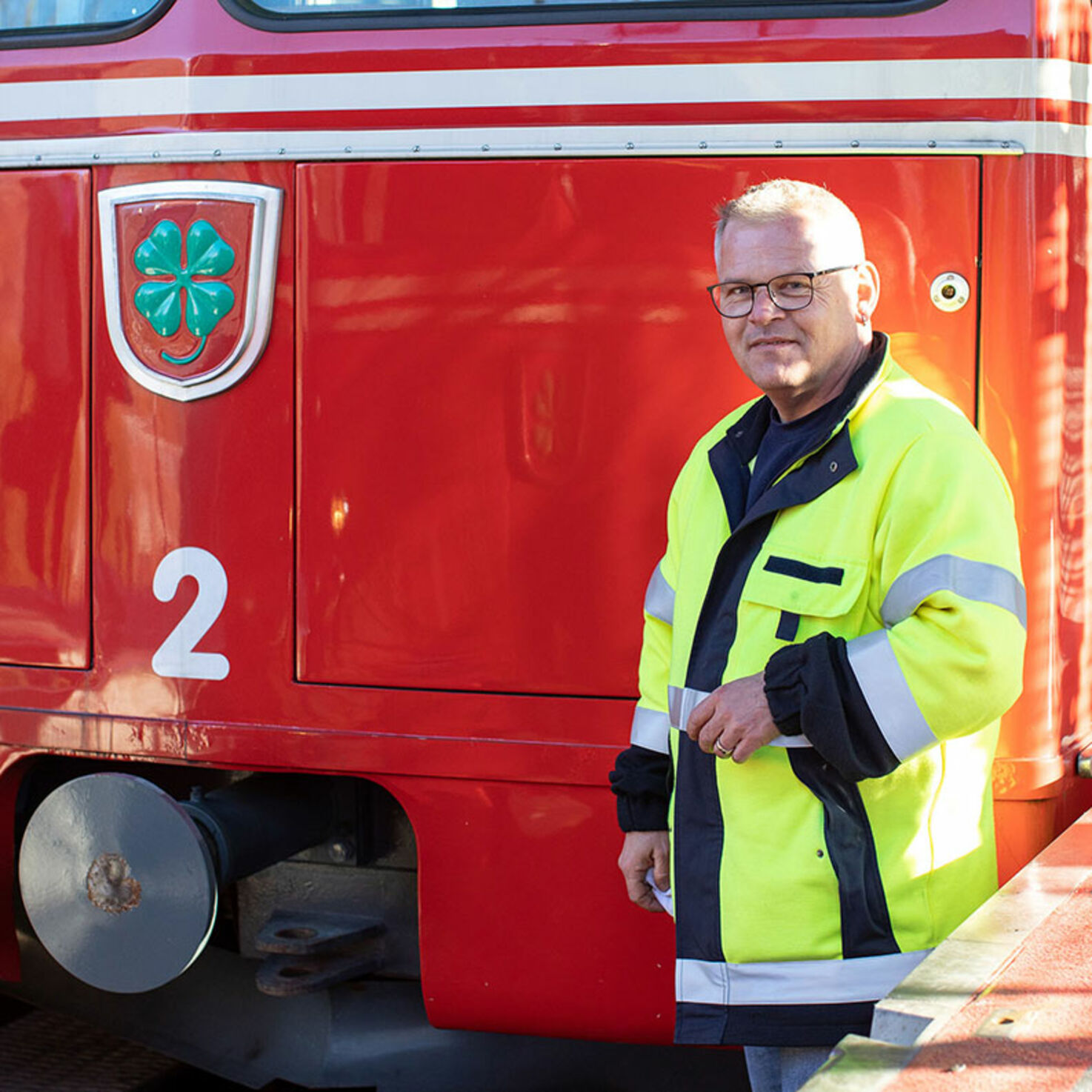 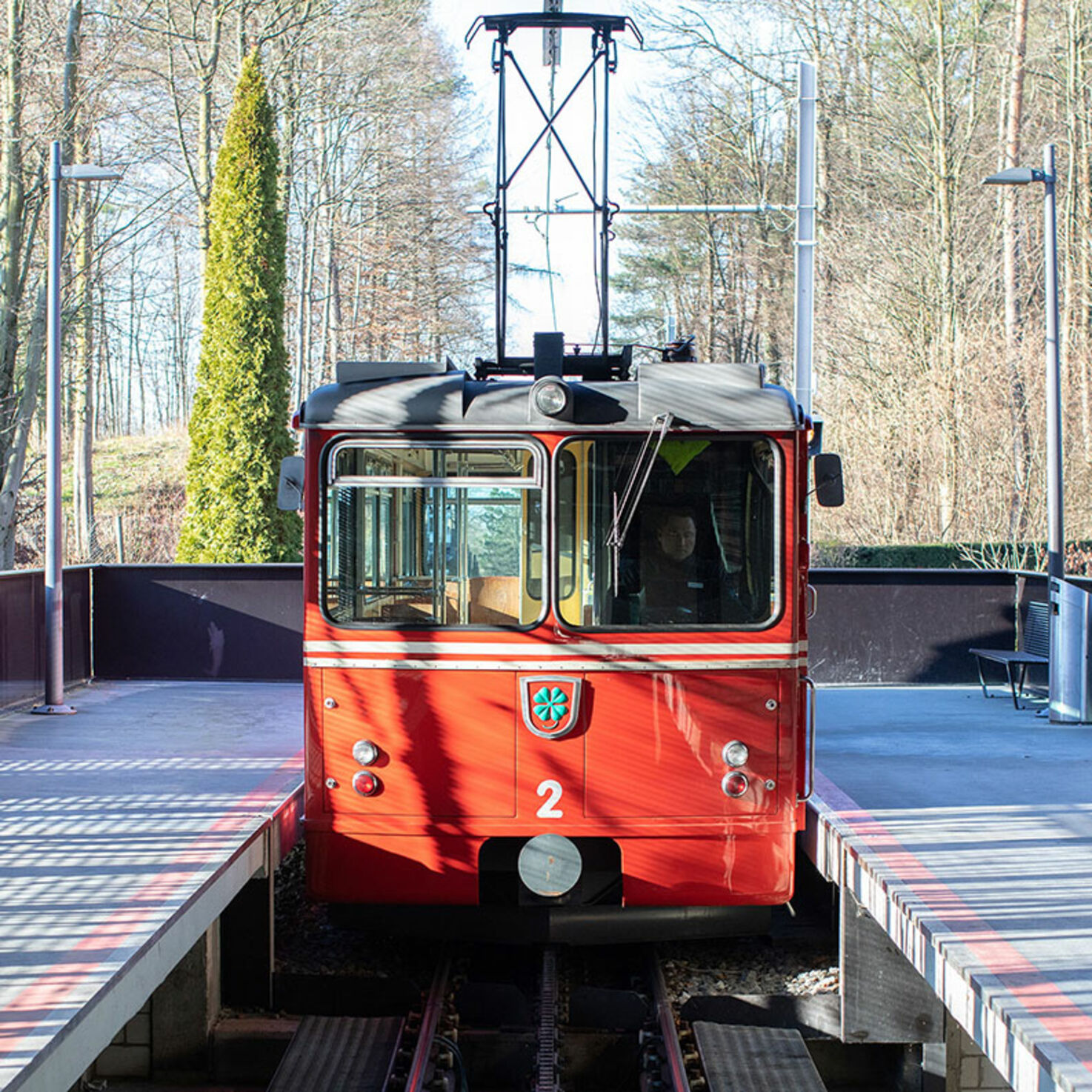 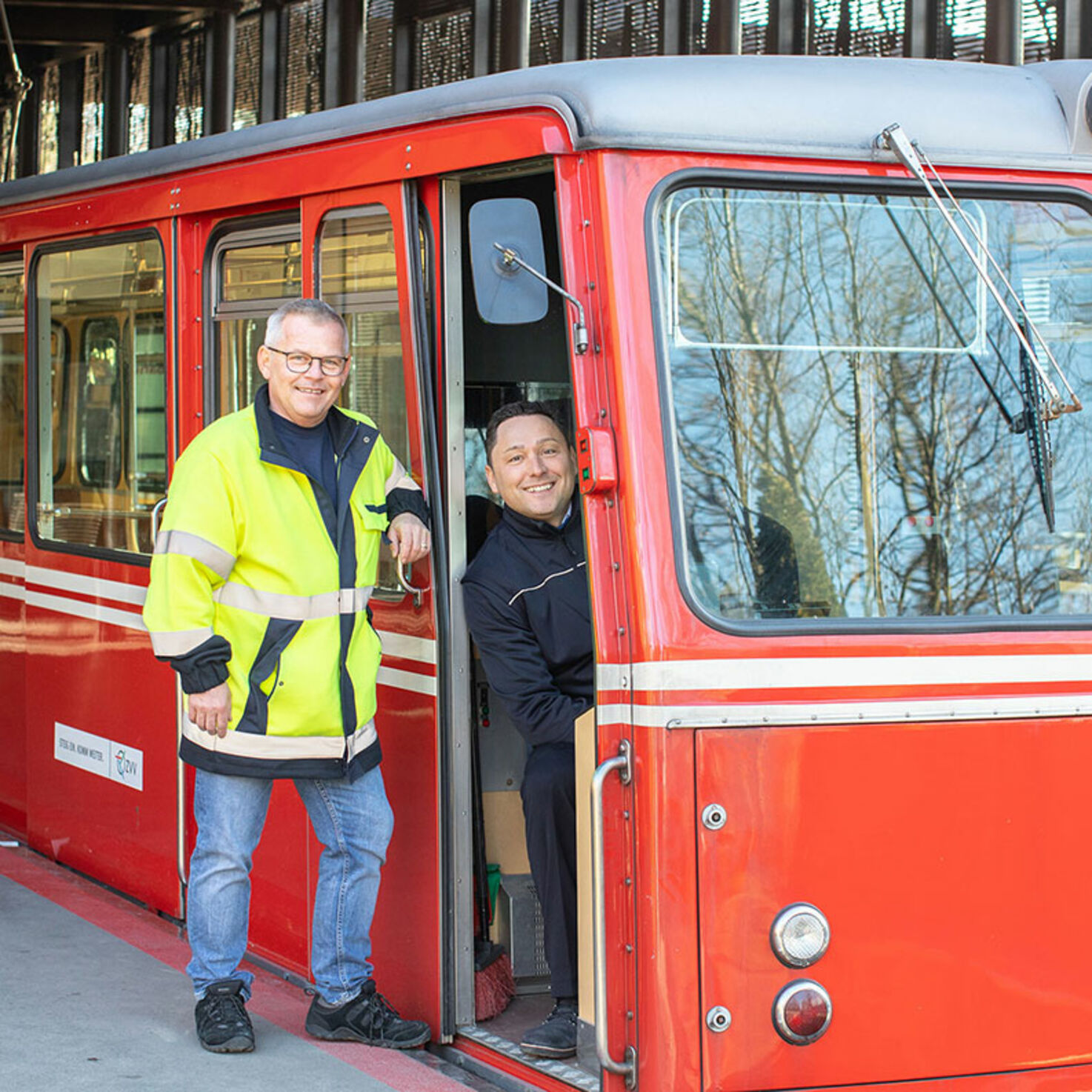 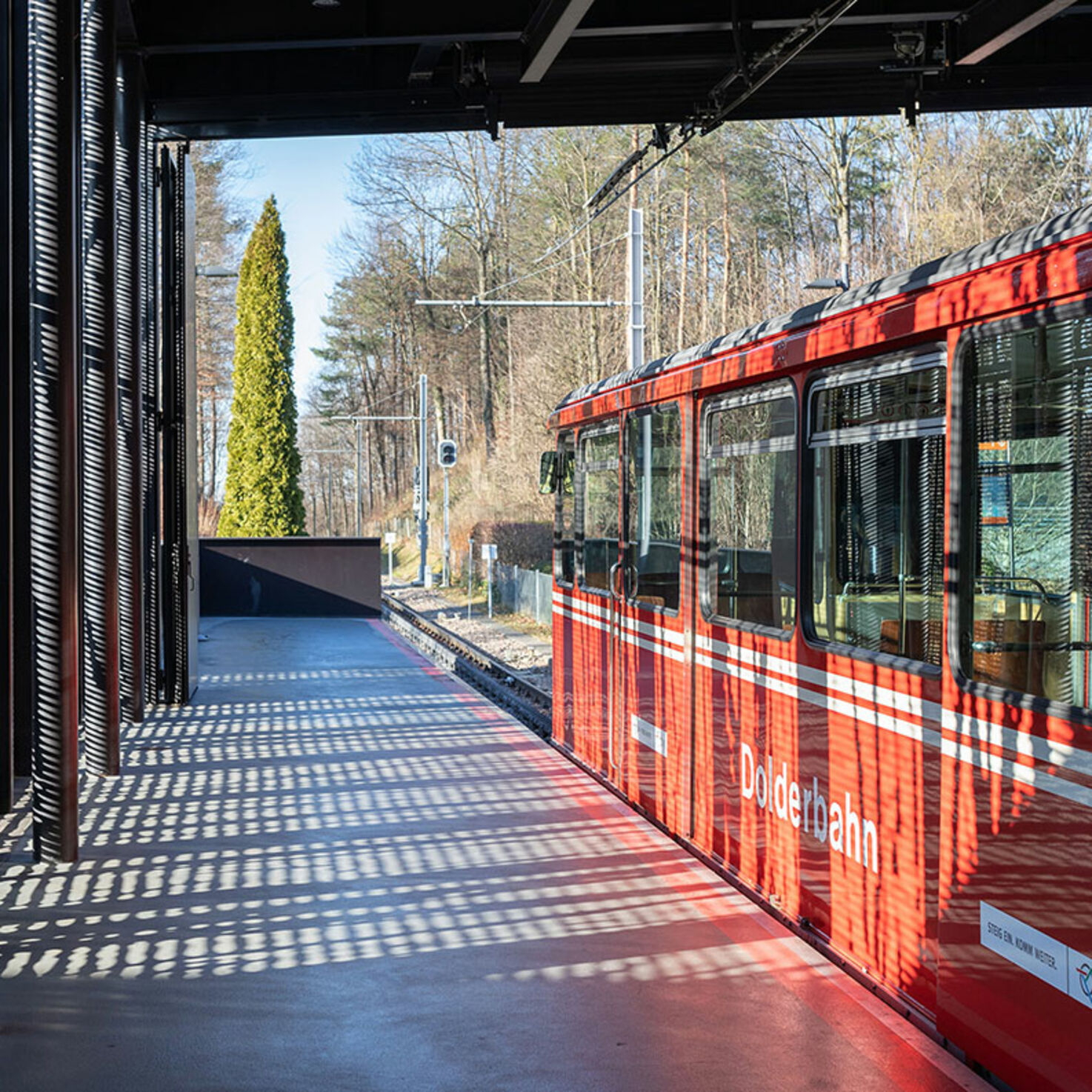 The Dolderbahn railway is a reliable mode of transport for local residents and tourists thanks to Werner Beyeler and Zeljko Mlinarevic.

The Dolderbahn railway is hardly state-of-the-art, but it can still travel 1328 metres in six minutes. Railway manager Werner Beyeler and driver Zeljko Mlinarevic both agree: the railway is the ‘lifeline of Hottingen’.

The Dolderbahn travels uphill, past the magnificent houses of the Hottingen district, where farming and viticulture was prevalent until the start of the 20th century. It climbs the Adlisberg mountain and the towers of the Dolder Grand can be seen behind the trees.

After six minutes, the journey is over. The train has covered 1328 metres and conquered an ascent of 162 metres, which is an increase of 19 per cent; the summit station is 606 metres above sea level. ‘The view is wonderful today,’ says Werner Beyeler. He has been the railway manager of the Dolderbahn since 2011.

Werner is responsible for maintaining the line – the embankment along which the rack and rails run: in summer he mows the green spaces at the side of the track; in autumn he removes the fallen leaves; and in winter he scrapes ice off the rails. He also saves foxes, hares and deer who wander onto the track. He once had to call the police because a mother duck and her eight ducklings were waddling across the bottom station. The Zurich Public Transport Authority (VBZ) offers their support if he needs to test the brakes – they need to be able to stop the train when it is carrying a maximum load of seven tonnes – or resolve technical issues.

‘First the brakes give up, and then it’s the engine.’

The VBZ has been managing and operating the Dolderbahn for around 20 years, but its history dates back to 1893 when a corporation was founded with the purpose of constructing and operating the Dolderbahn cable railway – as well as the Waldhaus Dolder restaurant. The Dolderbahn was intended to give Zurich residents access to nature far from the hustle and bustle of the city. The railway and the restaurant opened two years later. The Dolder Grand Hotel & Curhaus was then opened in 1899.

The cable railway concession expired at the start of the 1970s. The plan was to convert the line to a rack-and-pinion railway, the route of which was to be extended to the Grand Hotel. Parliament approved the application and granted a new concession for 50 years. Since rail travel covers a substantial part of Zurich’s public transport network, the city appreciates the contribution of the public sector. This sentiment sparked the foundation of Dolderbahn-Betriebs-AG, in which the city and Dolderbahn-AG each hold a 50 per cent share. The rack-and-pinion railway with the route as it is today has existed since 1973.

Werner is full of praise for his team: ‘Everyone helps each other out.’

‘The Dolderbahn is the lifeline of Hottingen,’ says Werner. ‘But it’s hardly state-of-the-art.’ It’s the same with people: as we get older, our bodies can’t keep up with us any more. ‘First the brakes give up, and then it’s the engine.’ Spare parts for the two vehicles are hard to come by. For example, the power cables have not been replaced since 1973, which increases the risk of a malfunction. Although the carriages no longer meet today’s standards in terms of comfort, they are always safe, he says.

Werner, who has worked in various roles on Zurich’s public transport since 1993, is full of praise for his team: ‘Everyone helps each other out.’ He loves working with the five drivers and the VBZ stand-ins. Werner is the newest member of the team, while the longest-serving employee will have been driving up and down the Dolderbahn for 30 years by the time he retires.

For Zeljko Mlinarevic, his job is one in a million.

Zeljko Mlinarevic has also been working on the train for many years. He and the Dolderbahn go way back: his father was the driver of the rack-and-pinion railway for 20 years. Having grown up in district 7, he has now returned to live in the same neighbourhood with his wife and son. ‘Even if I won the lottery, I would still want to come to work every day,’ he says. For him, his job is one in a million, which is why he plans to stay until he retires. Previously, when he was still working as a service employee at the Dolder Waldhaus, he had to deal with stress, competitive pressure and envy. He has finally found his inner peace as the driver of the Dolderbahn – ‘I love the peace and quiet up here’.

Zeljko has a close relationship with the residents of the neighbourhood; he always takes the time for a chat. A quick ‘hello’ and ‘goodbye’ cost nothing after all. Sometimes he’s greeted with a smile from a jogger, ‘ahs’ and ‘oohs’ from Asian tourists, or by grinning schoolchildren. ‘The little girls and boys who used to ride the train in their pushchairs are now young adults,’ he says. It’s wonderful to be able to watch them grow up. ‘There’s one teenager,’ he says, ‘who always brings me homemade cookies.’ The door opens and a driver who’s on his break pops his head in and says: ‘You need to mention that this one is the best driver!’

Every day between 6:20 am and 11:30 pm, approximately every 10 minutes from Römerhof to the Dolder summit station.