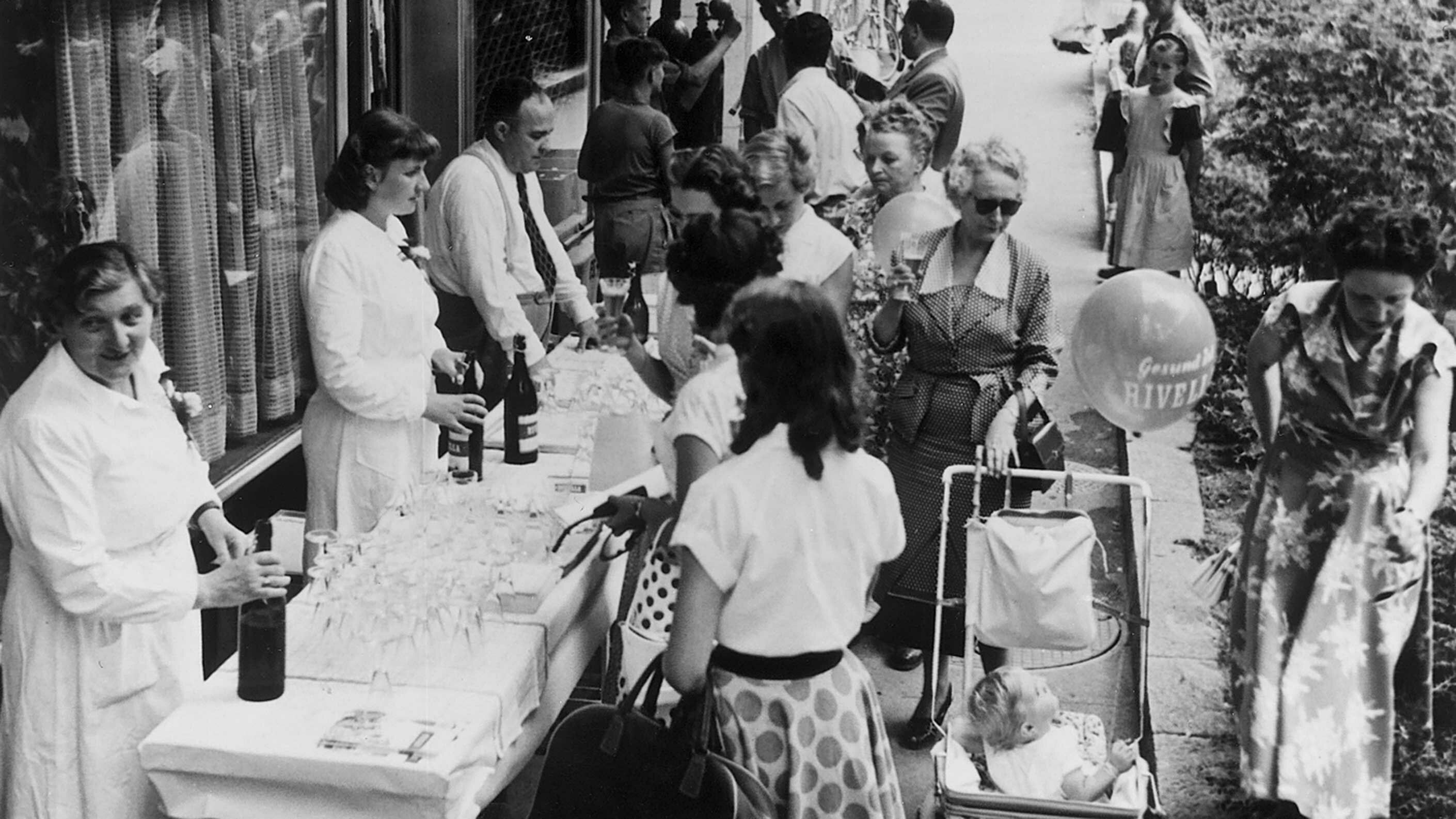 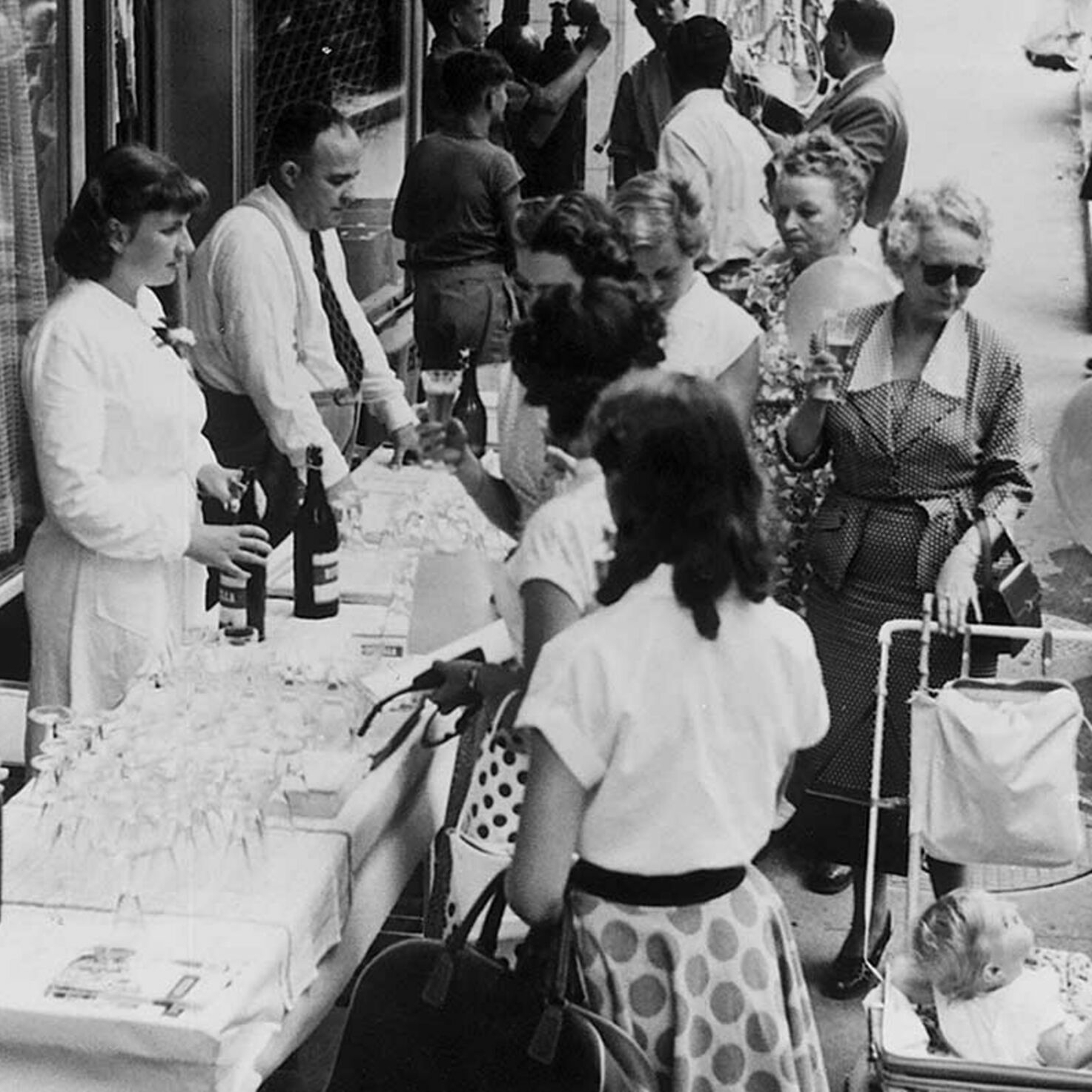 Rivella is the unsung national drink of Mr and Mrs Swiss. It was invented by a lawyer, and is made from a ‘by-product’. The story of a special liquid blend.

It all started in 1951, in a bathroom in the town of Rapperswil on Lake Zurich. A young lawyer named Robert Barth was trying his hand at being a sorcerer’s apprentice. Unlike in Goethe’s eponymous poem, however, he was experimenting not on a broom, but on a mixture of mineral water, aromatic herbs, and milk serum derived from whey. Like Goethe’s protagonist, this sorcerer’s apprentice too may have complained time and again: ‘Off they run, till wet and wetter. Hall and steps immersed are lying. What a flood that naught can fetter!’ (translation: Edwin Zeydel, 1955.)

Robert Barth plunged with entrepreneurial vigour into an adventure.

But Robert Barth continued his battle to command the spirits he had cited. The possibility of developing a refreshing, aromatic drink from the superfluous whey spurred him on. He procured modest seed capital and went on the search for a specialist, which he found in ETH dairy biologist Hans Süsli. Not long afterwards, Süsli had worked out the technical basis for production, and Barth plunged with entrepreneurial vigour into an adventure which culminated in the creation of a Swiss national drink.

In 1952, Barth found the perfect location for his first production plant – a former wine shop in Stäfa (Canton of Zurich), which he called the ‘Milkin-Institut’. Then he scoured the country for used production machinery, which he and a group of friends ‘bolted together’ to create a manufacturing facility. But the brand, the name with which the new thirst-quencher was to make its triumphal entrance, was still missing. Company legend traces the origin of that ‘brainstorm’ back to the village of Riva San Vitale in Ticino, from which ‘Rivelazione’ (revelation) is said to have been derived. However, ‘Miss, a Rivelazione, please!’ did not trip easily off the tongue. So the word was halved to ‘Rivella’, which for more than 65 years has been emblazoned across all bottles and cans of the alcohol-free, low-calorie table beverage.

The new thirst-quencher met with an enthusiastic welcome.

The dairy cooperatives quickly realised that the new whey drink could provide an elegant solution to the problem of disposing of the whey that was a by-product of milk processing. A close partnership was established, and in 1953 Robert Barth built a factory next door to the Nordostschweizer Milchverband dairy association plant in Uster (Canton of Zurich) for the production of whey concentrate, to which the fresh whey from the milk processing was supplied directly.

The new thirst-quencher met with an enthusiastic welcome. ‘The slight acidity is pleasant on the tongue, and drinking it leaves you feeling refreshed,’ said the Neue Zürcher Zeitung newspaper. But there was also fierce opposition from the established placeholders in the market. The Verband der Schweizer Mineralquellen (association of Swiss mineral springs) threatened innkeepers and retailers with a block on deliveries of its range of mineral waters and soft drinks, such as Elmer Citro, Pepita and Vivi Cola, if they chose to offer the new rival in their establishments. The Swiss Festival of Gymnastics in summer 1955 even decreed a ban on the sale of ‘Rivella’. Robert Barth was undaunted. He used the boycott threats to create an advertising campaign against the organised monopolies, garnering the support of the public. From that point on, the rise of his brand was unstoppable.

But the hopes harboured by Robert Barth and his ‘Rivellaners’ of seeing the now quintessentially Swiss thirst-quencher become an internationally successful brand were not realised. ‘The new delicious drink from Switzerland’ failed to take off in other countries. ‘Rivella’ has not emigrated. Perhaps it is thanks to this strong association with its home country that the red-and-blue brand has, for more than half a century, been identified with Switzerland as closely as cows are identified with milk… and whey.

The blog of the National Museum Zurich regularly features exciting stories about the history of Zurich and Switzerland. Our reading tip: Töffli.