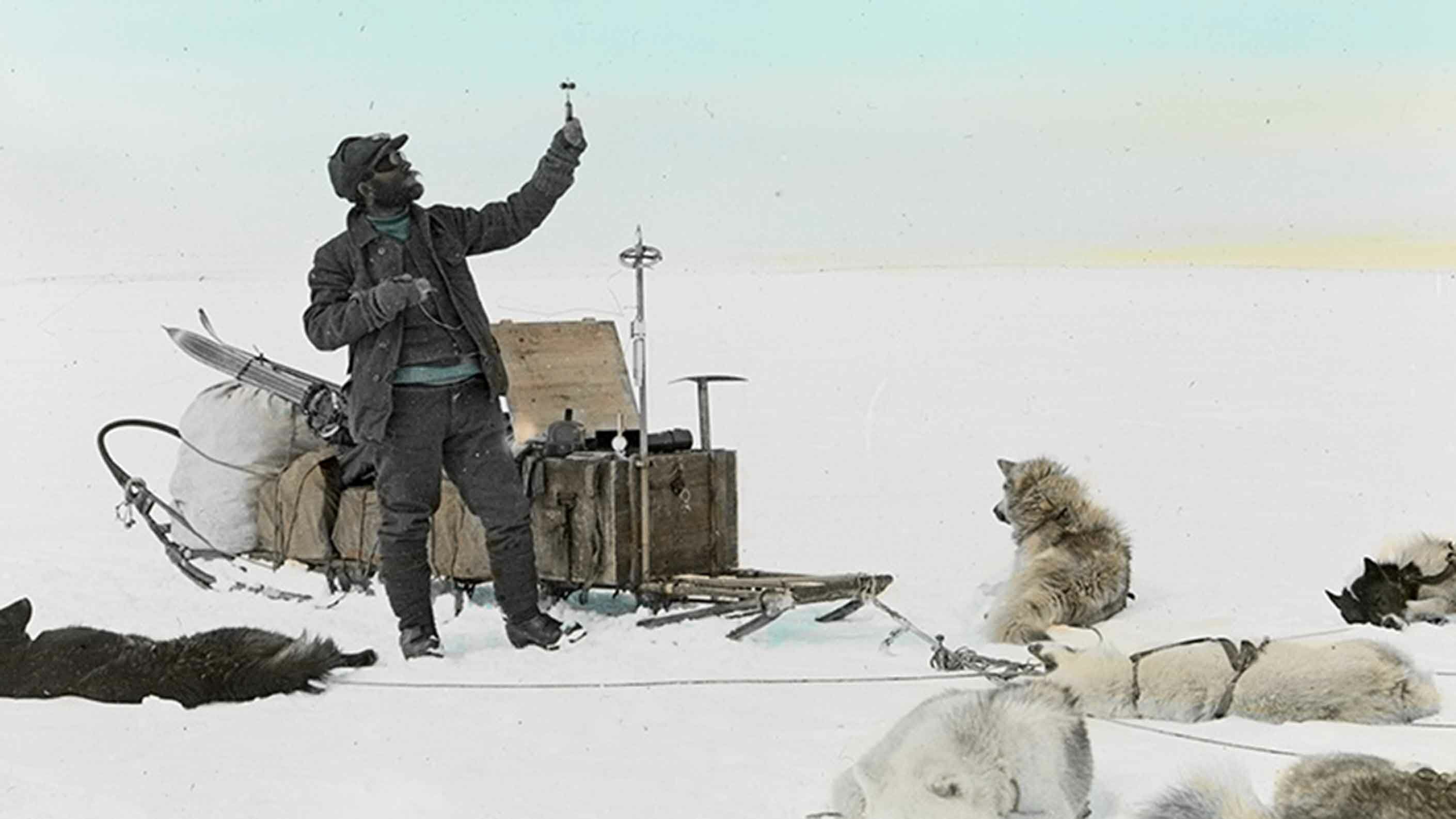 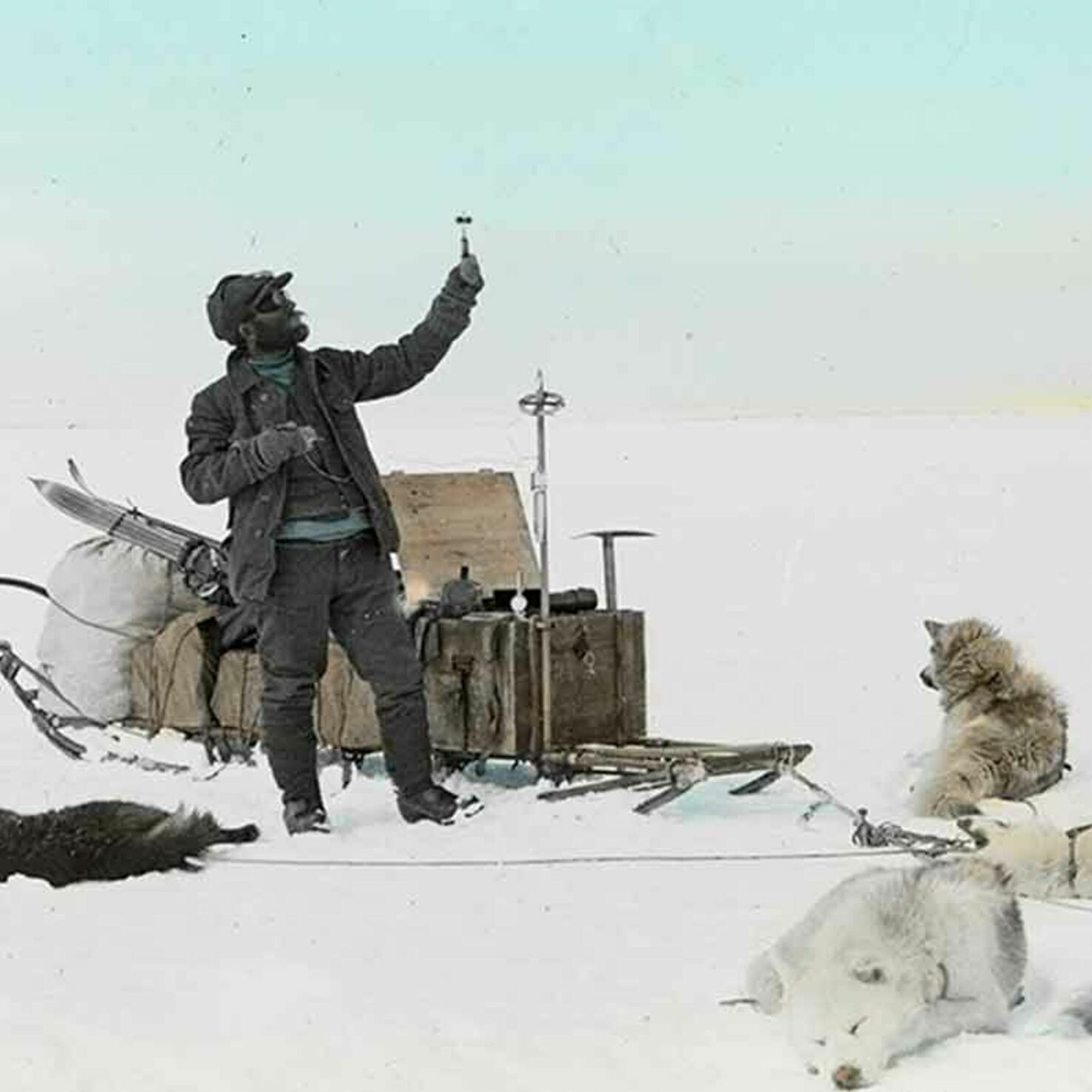 He was a scientist and an explorer: Alfred de Quervain walked across Greenland in 1912, sparking a veritable ‘polar fever’ in Switzerland. This feat of endurance in the eternal ice was also extremely important for research.

For many years, science has grappled with the issue of the shrinking glaciers. The retreat of the ice giants continues, with no end in sight. Climate researchers were already looking into the issue of glaciers 100 years ago, but from a different angle. In the 19th century, people worried another ice age was on the way. In view of those fears, the ‘Swiss Greenland Expedition’ that Alfred de Quervain undertook in 1912 was a quite unique venture.

Alfred de Quervain often pushed himself to the limits of his endurance.

Alpine expertise was crucial for the success of the expedition. (Picture: ETH Library, Image Archive)

It wasn’t just that the field of climate research, then still in its infancy, was interested in the data collected by the geophysicist from Bern; society was also hungry for tales of adventure from the far North. Since the fledgling federal state did not contribute to the costs of the expedition, the explorer signed an agreement with the Neue Zürcher Zeitung (NZZ). The Zurich newspaper paid one third of the expenses, securing for itself in return the rights to report exclusively on de Quervain’s expedition to the Arctic wastes. The newspaper benefited from this. In Switzerland, the paper’s coverage unleashed a veritable ‘polar fever’.

Towards the end of their journey they even had to shoot some of the 30 dogs.

Alfred de Quervain had already ventured into the eternal ice of Greenland in 1909. He returned there three years later, aiming to cross the island. Only one person, Fridtjof Nansen, had managed that feat before him. And as befits an adventurer, de Quervain’s route had to be longer and tougher than that of the Norwegian, who had crossed Greenland at a point further south in 1888. And it was! On skis and dog sleds, de Quervain and his three companions covered around 650 kilometres in four weeks. They often pushed themselves to the limits of their endurance, and towards the end of their journey they even had to shoot some of the 30 dogs they’d taken with them, in order to eat. That was especially grim for the team, because the animals had given such loyal service throughout the crossing.

The expedition in the eternal ice of Greenland captivated the Swiss. (Picture: ETH Library, Image Archive)

The meteorological and glaciological data were of enormous value to science.

The meteorological and glaciological data that Alfred de Quervain and his companions collected in 1912 were of enormous value to science. The elevation profile of the ice sheet which he created is still used as a reference for scientific studies. For example, for research into Greenland’s ice sheet, which is the Earth’s second-largest water reservoir. As a result of global warming, it has shrunk dramatically in the past 15 years. One of the big problems with this is that the meltwater is no longer being re-absorbed and turning to ice again; instead, all this melted water flows into the ocean. As a result, fresh water reserves are dwindling and sea levels are rising. And it was Swiss researchers who discovered this in 2016.

The blog of the National Museum Zurich regularly features exciting stories about the history of Zurich and Switzerland. Our reading tip: Secret meeting in Ascona.