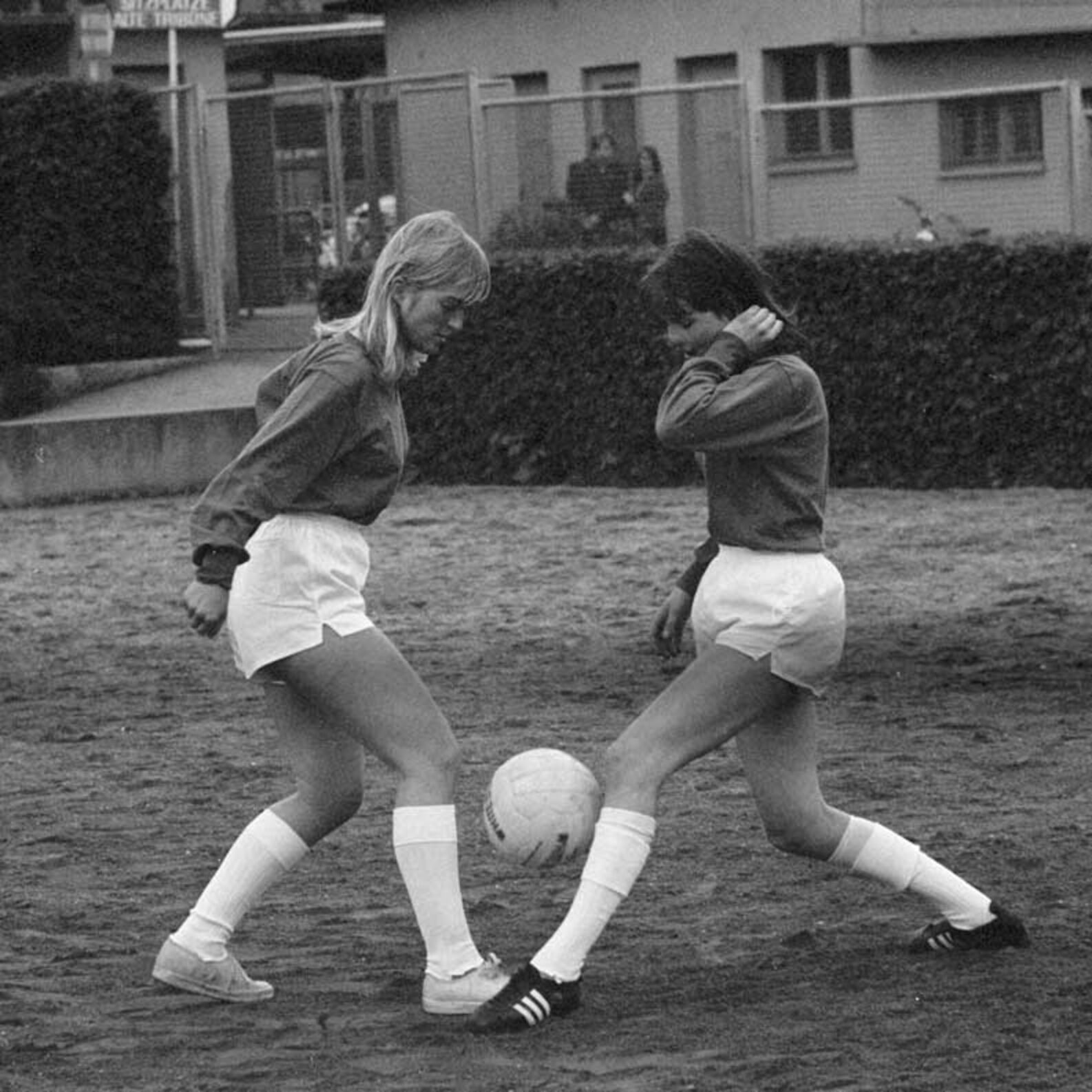 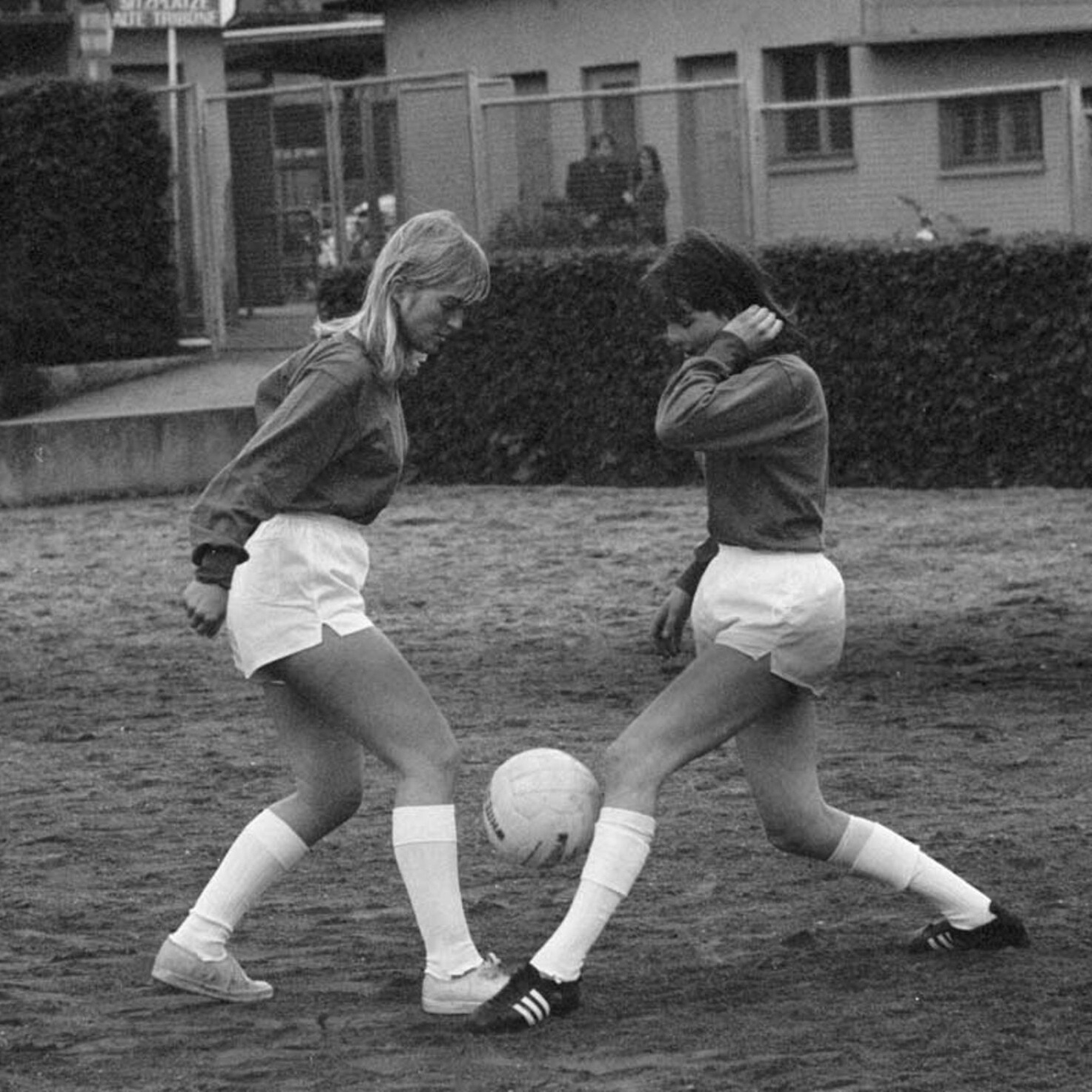 Football for all – but only for the last 50 years

1968 marked a turning point in the history of Swiss football. It was the year the sport finally became accessible to everyone: on 28 February, with the establishment of ‘Damen-Fussball-Club Zürich’ (DFCZ), Switzerland’s first women’s football club was founded.

In the 1950s, there was still strong opposition in Basel to a proposed ‘women’s football international’, with Holland to play Germany. The Swiss Football and Athletics Association distanced itself from the proposal, saying the event should be ranked ‘more in the category of an exhibition or a circus performance’ and should not be held in Basel.

Girls and women were banned from playing in football clubs in the 1960s, but throughout Switzerland the first informal teams emerged, competing in local ‘amateur tournaments’. The most famous team was FC Goitschel, which enjoyed success in numerous tournaments in the Canton of Aargau. In Sion there was a highly publicised case in 1965 when 12-year-old Madeleine Boll was inadvertently issued a player’s license and was able to play alongside the boys, until the club realised its mistake and revoked the girl’s license.

Girls and women were banned from playing in football clubs in the 1960s.

In 1966 the national football association resisted moves to admit FC Goitschel, but offered the female players referee training. Bit by bit, the young female footballers overcame the male bastion that was football. The first match with 11 players per side, instead of 6 as in the tournaments, was held in Wohlen in the spring of 1967: Goitschel won 6-0 against a mixed team fielded by Zurich.

In February 1968, DFCZ, the first true associated club (pursuant to Article 60 of the Swiss Civil Code), was formed from that Zurich team. The founders were sisters Ursula and Trudy Moser and their father, Franz. After the official inaugural meeting, the constitutive general assembly of DFC Zurich was held on 11 April 1968. The documents from the club’s early days are now stored in the archives of FC Zurich.

This article originally appeared in the Landesmuseum blog. It regularly covers fascinating stories from the past. For example ‘A song goes round the world’.

The founding of DFCZ led to the first major news coverage of women’s football. Reactions varied between astonishment and amusement: ‘Football amazons get serious’ was the headline in Sport newspaper on 3 April 1968, and the Tribune des Sports led its article on 1 July 1968 with ‘Zurich a aussi une equipe de football… de charme!’. Not infrequently, the early press texts focused on the outward appearance of the players: ‘There are very pretty and pretty, tall and short, young and not so young, slim and full-figured, blondes and brunettes among them.’

The early press texts focused on the outward appearance of the players.

The photographic archive of the National Museum has recently rediscovered the series of photos taken in March 1968 at a DFCZ women’s football training session in Zurich. These images represent the very first photo reportage by an agency covering the subject in Switzerland. The images, which were published in the Tribune des Sports, are particularly notable for their strict focus on the sport. They are photos of football, not photos of women playing football – the players are not required to pose, they’re allowed to kick, run and tackle.

But what role did the upheaval in society as a whole around 1968 play in relation to bringing women into Switzerland’s favourite sport? There is no conclusive answer to this question. In interviews, pioneers at the time have explicitly denied any direct link between the women’s lib and gender equality movements, and the new achievements in the sport (see www.seit1968.ch). Both current contemporary research and media reports from the 1960s and 1970s nonetheless draw parallels – the young female footballers are often represented as spearheading the campaign for equal opportunities in their specific area (see also Marianne Meier: ‘Zarte Füsschen am harten Leder…’.

Reactions varied between astonishment and amusement.

The period from 1968 to 1971 can be described as the early history of organised women’s football. Throughout Switzerland, independent clubs were formed which, on 24 April 1970, joined forces to form the ‘Swiss Women’s Football League’. A year later, a new regulation brought in by the federation ruled that as from the 1971/72 season only teams that were affiliated with a ‘men’s club’ would be allowed to play, which resulted in some pioneering clubs disappearing and, in several cases, the establishment of new women’s football divisions at existing clubs.