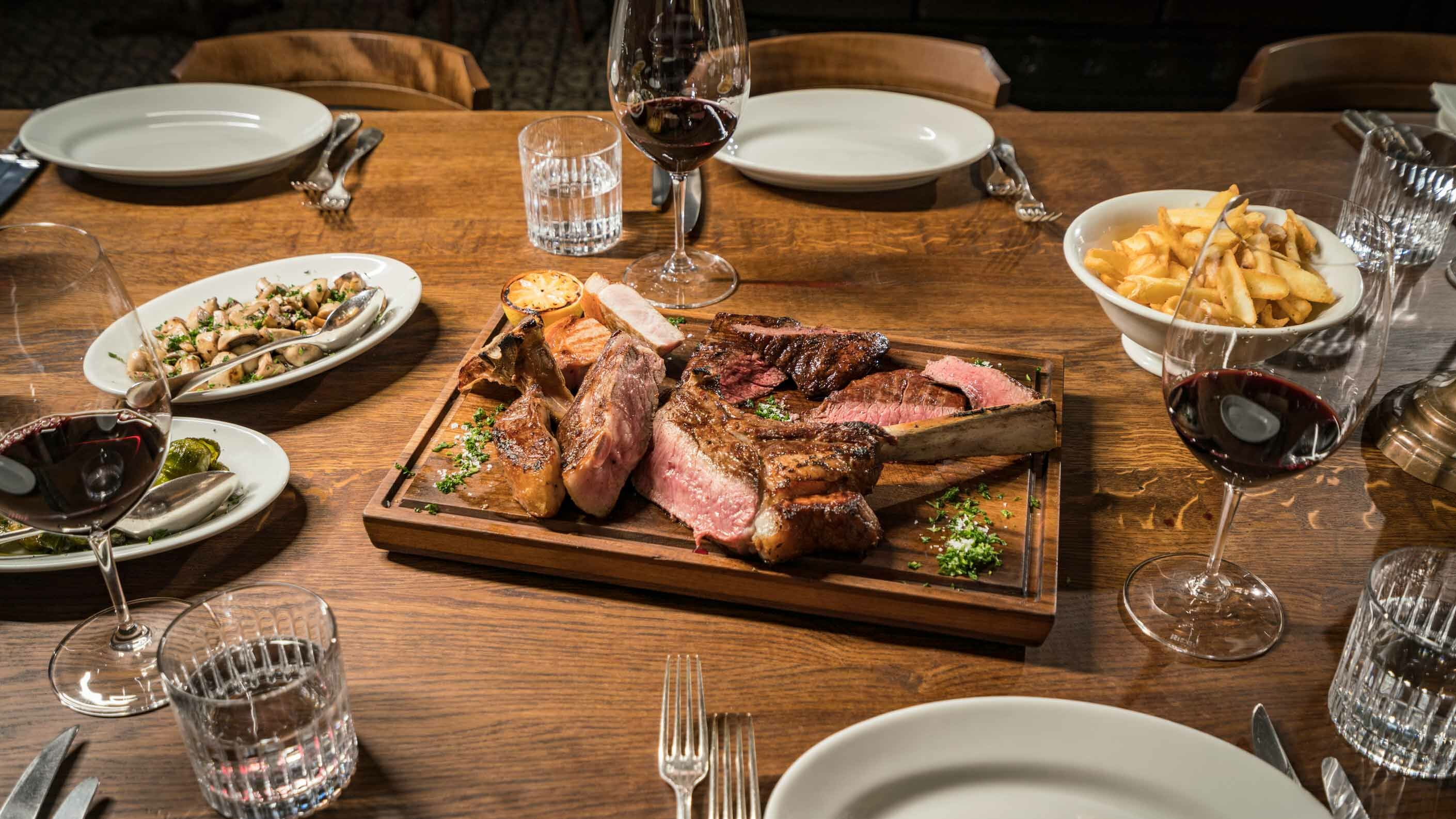 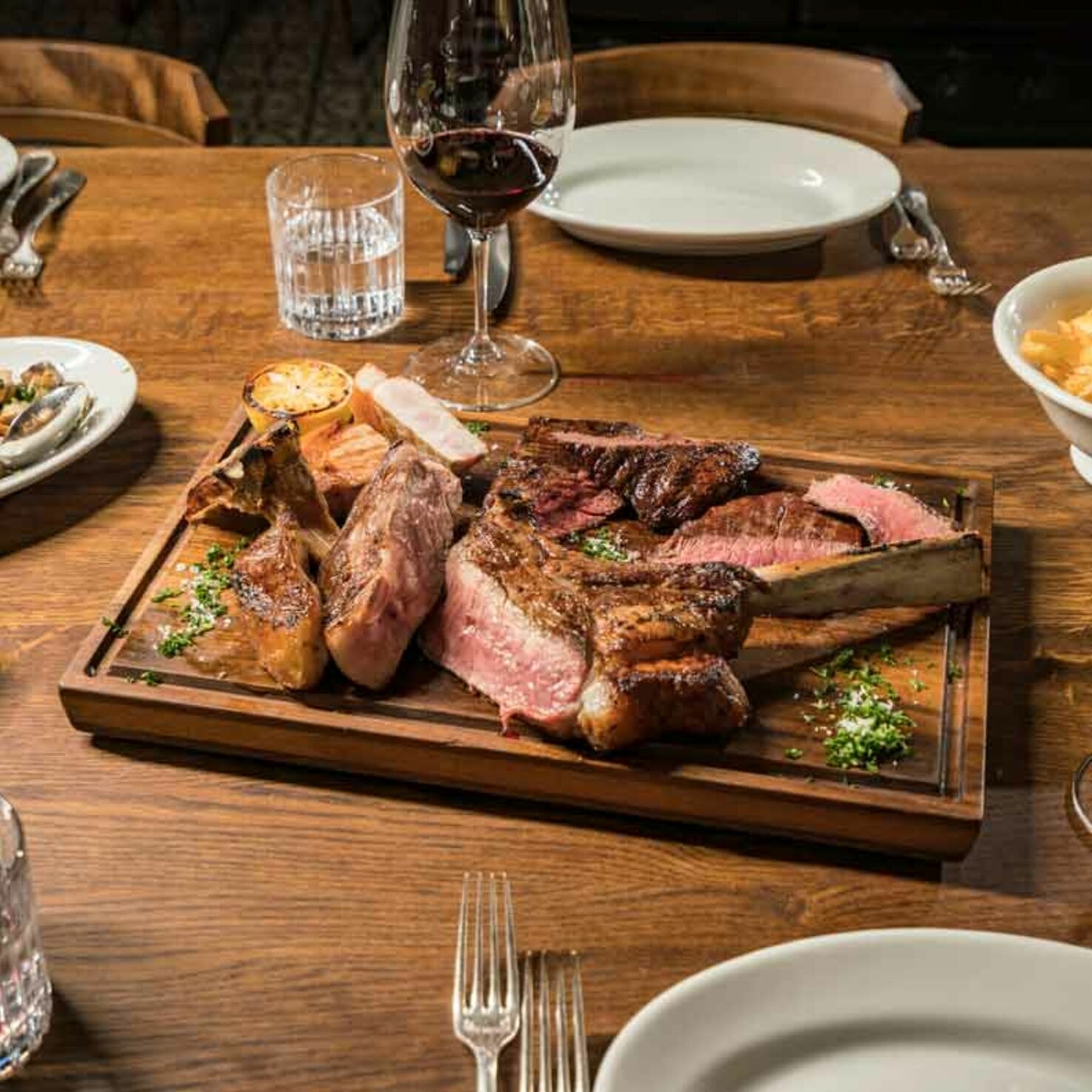 Old cows should be a delicacy, not dog food

At the end of June I was invited to a press lunch at the new Williams ButchersTable on Hechtplatz. A restaurant with the same name already exists on Hegibachplatz in Zurich, and the company also has a branch in Bern. The lunch was fantastic. When it comes to meat, this team really knows its stuff. If you love meat for its taste as well as its texture, I would particularly recommend the brisket and burgers.

Eating here is a real experience.

Williams ButchersTable is unusual because it explicitly offers meat from older cows. This might sound strange, but in fact it is quite common in other parts of the world, such as the Basque Country. In this dairy farming area, cows spend up to 15 years of their lives grazing the fields and producing milk for Spain’s dairy industry. However, once their productive lives are over, they are not simply turned into dog food but fattened up on hay and grass. It is this fat that gives the meat of the vaca vieja its intense flavour. The chuleton cut (a rib steak) from these animals is a sought-after delicacy that tastes incredible when expertly cooked over charcoal.

One of Williams ButchersTable’s meat suppliers is Luma, whose products are served at the finest restaurants and who are also known for the steakhouse Smith & Deluma, which they run jointly with wine merchants Smith & Smith. Luma imports meat from the Basque Country cows, but also buys meat from selected older animals (up to 8 years old) from its network of farmers in Switzerland. This includes Hérens cows, a breed of cattle from the Valais region that produces meat with a particularly intense flavour. I hesitate to use the expression, but eating this wonderful meat really is an experience.

But it’s quite right that meat consumption has come under fire recently after the spate of coronavirus outbreaks in slaughterhouses. The industrial slaughtering of animals in terrible conditions represents a dark stain on our whole food culture, and I am often ashamed that I still eat meat. But, for me, Swiss meat at least still forms part of an enjoyable, balanced diet. Much of Switzerland is unsuitable for arable farming, but its rolling meadows are ideal for raising livestock. To ease my conscience a little more, whenever possible (probably 90% of the time) I buy organic meat certified by Bio Suisse. Then at least I know these animals have been raised in accordance with Swiss BTS/RAUS standards with due regard for their welfare. But of course I realise that ending up with a bullet in their brain – like a character from No Country For Old Men – is not exactly good for their welfare.

Despite these reservations, I’m pleased to hear that Seven Fires AG (the operators of the ButchersTable restaurants) has rid itself of its former steakhouse, Noir. This is a reflection of its lack of culinary creativity, which is prevalent in other Zurich restaurants such as the Relais de l’Entrecôte (In Gassen 5) and the Café de Paris (Ankerstrasse 113). It feels as if conventional cuts of conventional meat, served with fries, will soon be the only way for restaurants to make money in our city. I tried out the Café de Paris and was actually very impressed. It had an excellent wine selection at reasonable prices, nice salads, and everything was beautifully cooked. But, despite this, I think it’s good to learn something when you go out to eat; and that is something of a rarity in these kinds of restaurants.

Meanwhile, the ButchersTable restaurants are much more innovative and open to experimentation, such as using the old Hérens cows from the Valais and their focus on secondary cuts (less sought-after but tasty pieces of meat as opposed to the often less flavoursome entrecôte, or the tenderloin that is so despised by gourmets). The fries at Williams are just as sensational. That’s why I recommend the restaurants so highly, but please avoid ordering tenderloin or other conventional cuts. Why not let yourself be surprised? And maybe pick up one or two pieces of meat from the chilled counter for barbecuing at home. The ButchersTable restaurants are also butcher’s shops, despite the involvement of the former vegetarian Gregory Knie (Oh là là and Salto Natale).

Restaurant
Monday to Saturday, 11 am – midnight