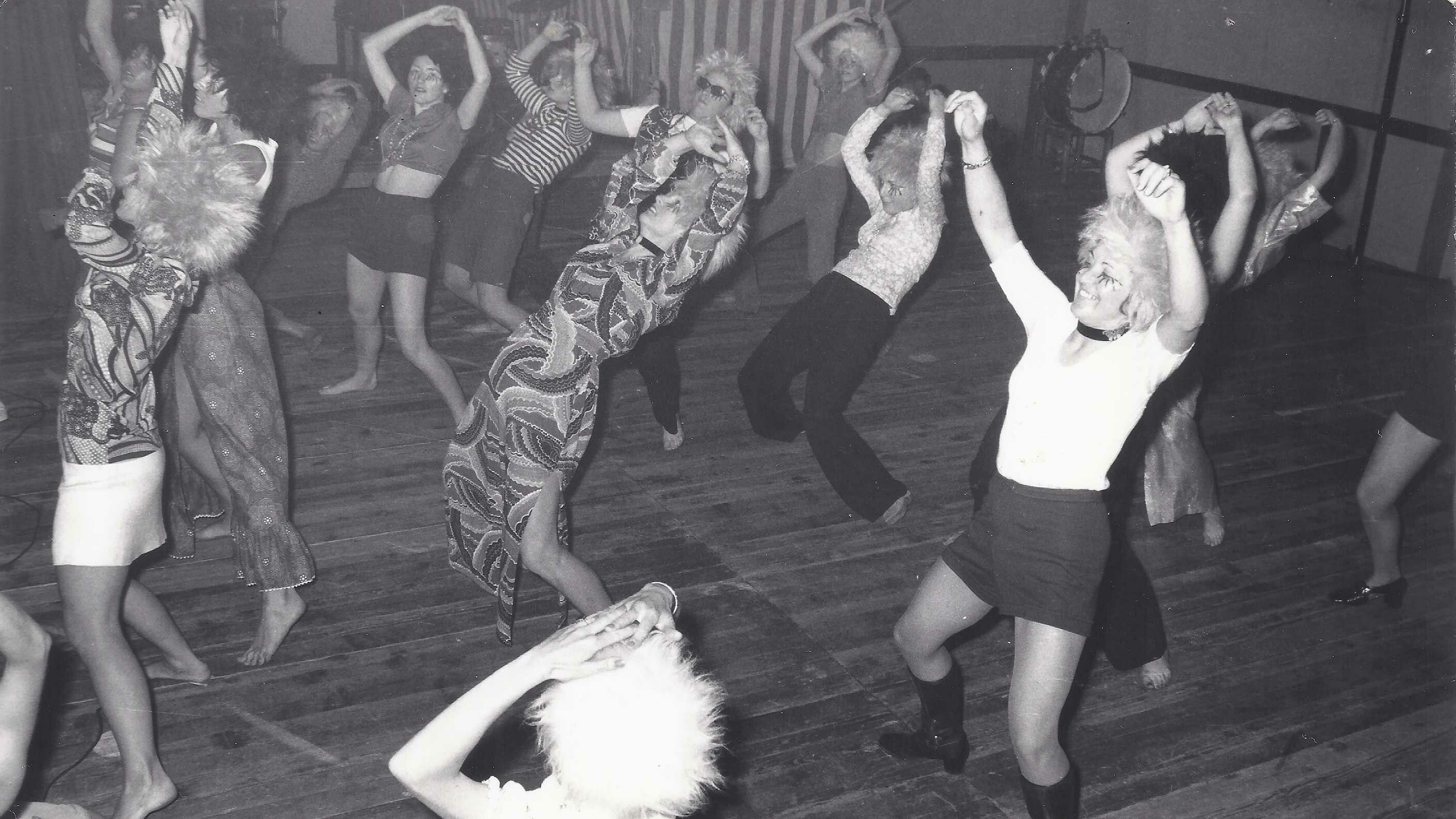 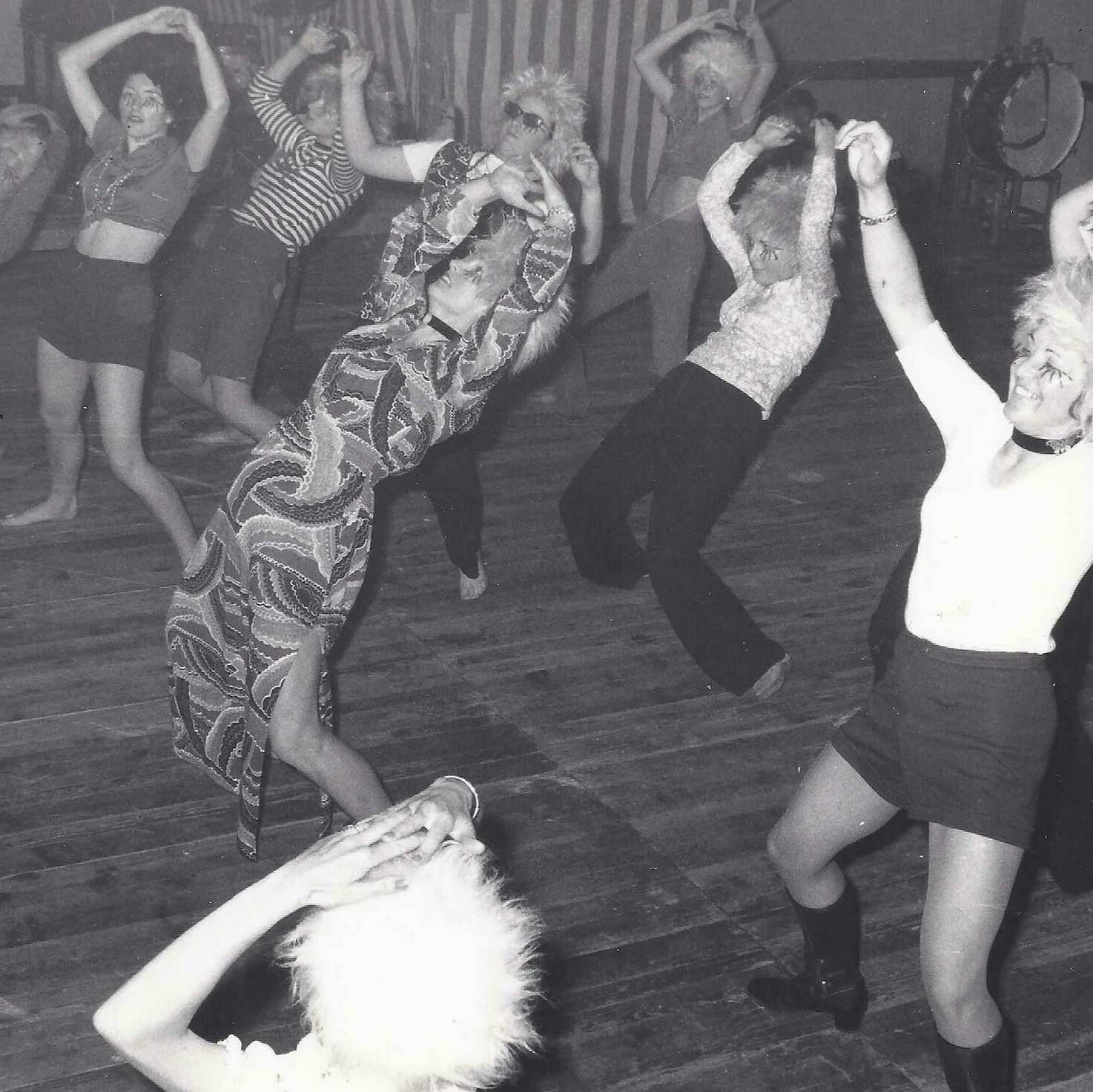 Many people in the late 1960s were seeking new ways of living – often in low-cost housing in the country. In many places, communal house-sharing arrangements brought the inhabitants of smaller villages face to face with the spirit of 1968.

In the 1970s, when small-town cinemas wanted to top up their coffers, they showed ‘Easy Rider’ – that always pulled them in. The 1969 road movie painted an ambivalent picture of the world outside the cities. On the one hand, it represented the domain of freedom through which you could zoom along on your Harley – unhindered by stop signs and traffic lights. But it was also a place where people were gunned down by villagers for having long hair.

In the 1960s, there was a growing desire even among Swiss society to live outside the nuclear family – in communal house-sharing arrangements, political and artistic collectives, but also in actual communes that endeavoured to be self-sufficient. Sufficient affordable space for such experiments was mostly found in small villages.

Sergius Golowin, a sort of Helvetian Timothy Leary and non-conformist folklorist, saw in these new living arrangements around 1970 a way of expanding one’s consciousness. He glorified these places as ‘oases’ in which the newly formed tribes of the sub-culture came together. In fact, one of their peculiar features was that the regular inhabitants of these communities were always joined by a certain contingent of guests who lived there only temporarily, for a few days. Golowin estimated the number of ‘new nomads’, who moved from community to community like this, at one million in Europe.

This article originally appeared in the Landesmuseum blog. It regularly covers fascinating stories from the past. For example ‘Showdown at the Simplon’.

One such open house existed from 1969 to 1973 in the village of Birmenstorf in Aargau. 10 to 15 people lived there, at Badenerstrasse 165, in a community formed around the band ‘Lovecraft’. In the basement was a music room, decorated with wall hangings and paintings – and on the top floor there was a dormitory.

Outdoor jam sessions were part of the lifestyle of the day. (Photo: Collection of Ewa Johnson)

In the house-sharing community one was in search of oneself.

The inhabitants travelled a lot and read Hesse, Kerouac, Ghandi, but also Asian poetry – in the house-sharing community one was in search of oneself, in search of new ideals and ways of life. That didn’t work out so well in every facet. For instance, the community had developed primarily out of the friendship of the male band members – their wives and girlfriends connected less well than their menfolk. They declined the invitation to dance to their music, sing or play pipes together. They had quite enough to do with cleaning, washing and cooking: when it came to gender roles, this ‘oasis’ of freedom was not so different from the rural environment in which it stood.

It was more forward-looking in other areas. The inhabitants ate vegetarian, if possible macrobiotic, food. When, in 1973, the house-sharing community in Birmenstorf had to make way for a renovation, plans for self-sufficiency were played through. Later, some of the former residents ran one of the first health food stores in the region. Towards the end of the 1970s, ‘Lovecraft’ sang against nuclear power. In 1979, in the days of the nuclear safety initiative, the song ‘Mer hend gnueg Schtrom, mer bruched kei Atom’ [We have enough electricity, we don’t need the atom] even got a recommendation in the Tages-Anzeiger newspaper.

Poster designed by Hanspeter Frey, based on the model by Robert Crumb – this poster hung on the front door of the house in Birmenstorf. (Photo: Collection of Hanspeter Frey)

The community’s residents were verbally harassed by some as lazy ‘scumbags’.

But the attitude of the villagers of Birmenstorf towards the ‘commune’ remained quite sceptical throughout its existence. The community’s residents were verbally harassed by some as ‘communists’ and lazy ‘scumbags’, and a letter to the editor expressed the hope that the ‘band will not be seen here anymore and will disappear without a trace, so that we can have some order around here again’. In the face of this mood, members of the community feared the formation of a vigilante group – and violence.

But that didn’t happen. The villagers fluctuated between rejection and fascination. The village’s young people regularly attended the concerts at the house anyway, and for the older people it offered material for gossip and scandal; it was also a surface on to which people could project their own desires. The fact that the longing for escape seized even the womenfolk of Birmenstorf was revealed on one of the ‘Turnerabend’ performance evenings: in the mid-1970s, inspired by ‘Hair’ – and probably also by their neighbours – they dared to perform a ‘wild dance’ on the stage, wearing long-haired wigs.