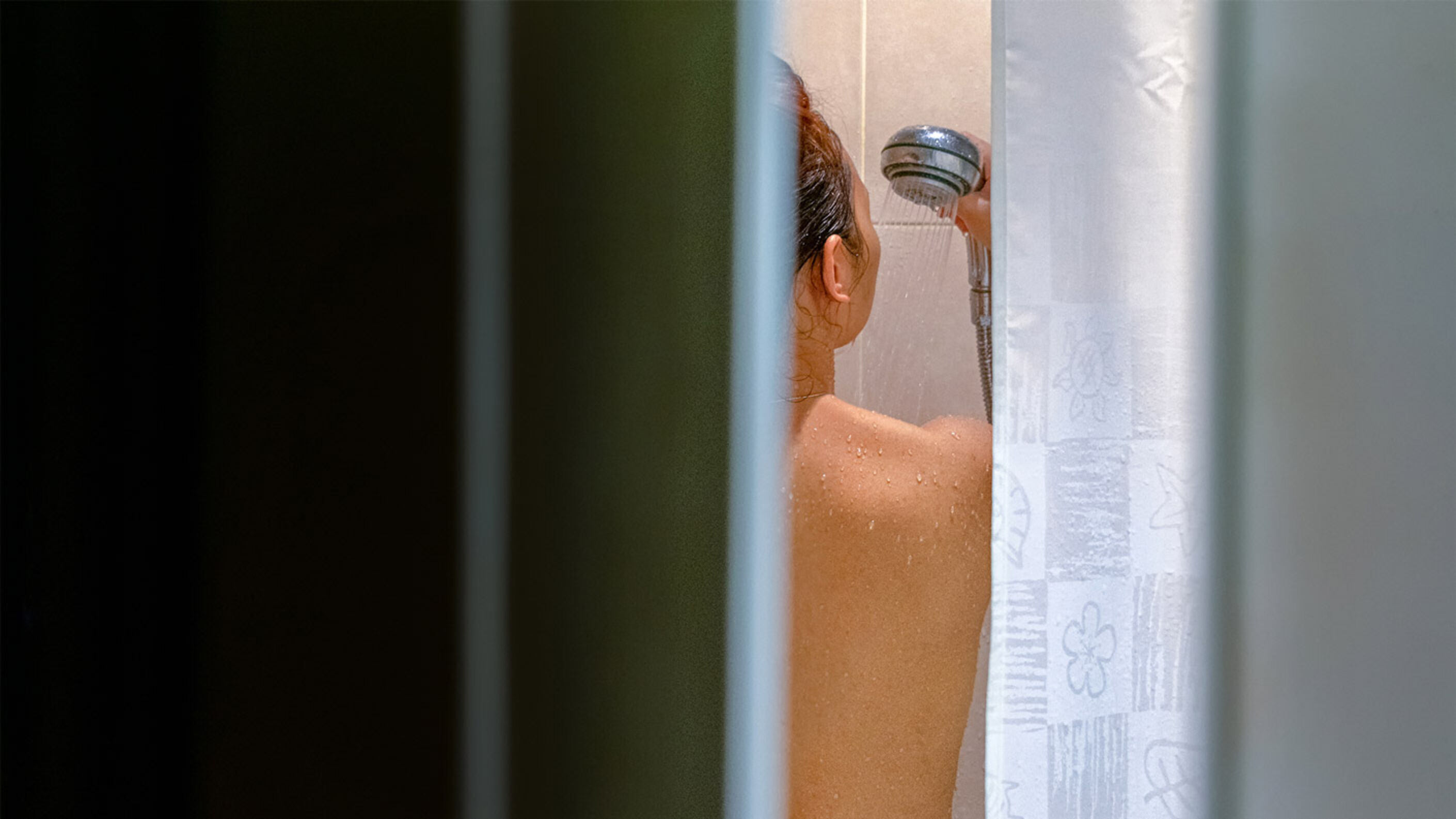 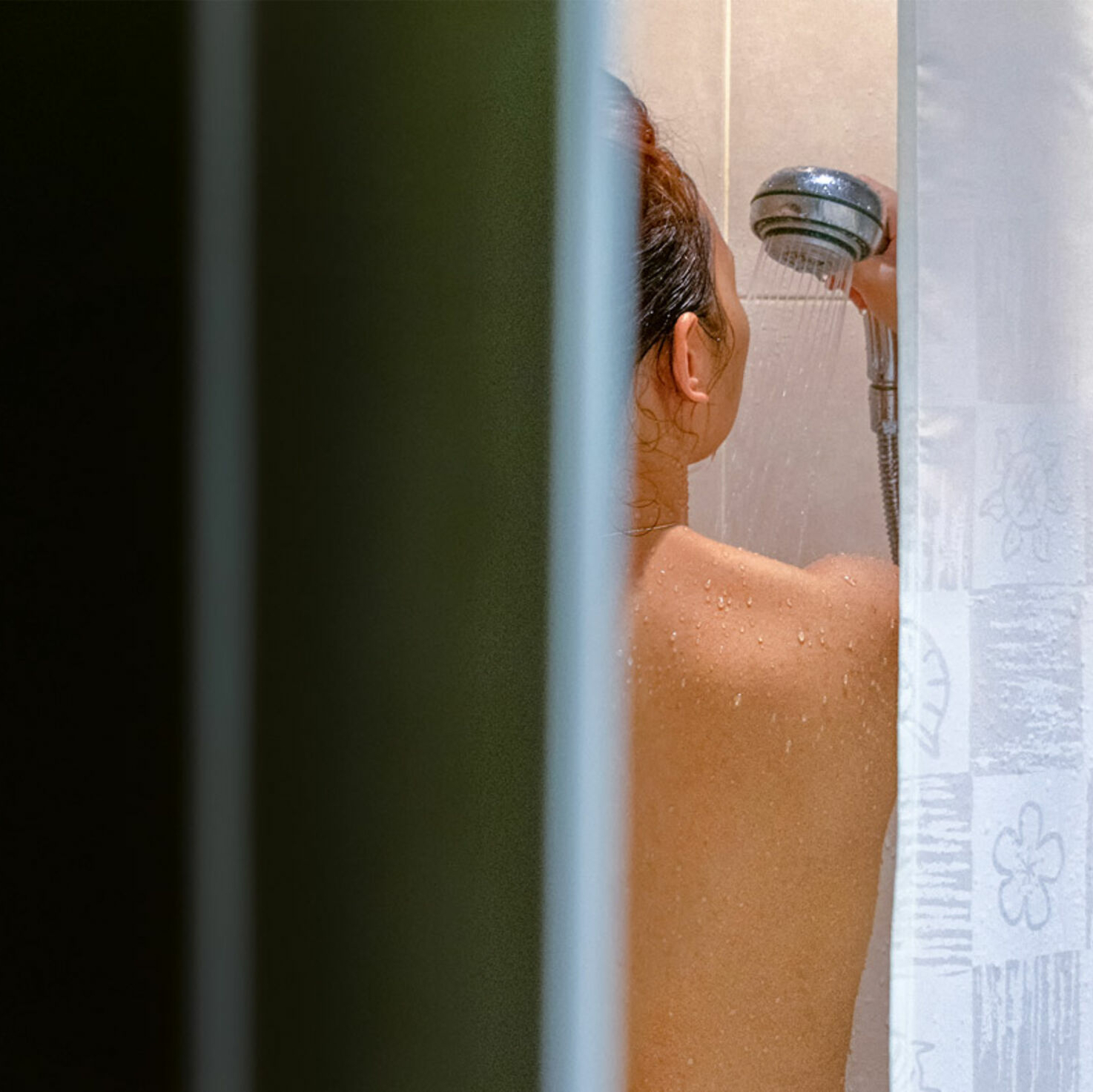 Whenever he sees strings of Christmas lights, our columnist Beni Frenkel is always reminded of the attractive neighbour he used to secretly watch in the bathroom as a youngster. But this year everything is different. Luckily Beni has still found a way to rekindle those memories: at the Coop on a Saturday night.

When I was a young boy, I used to watch the beautiful Mrs Gerhard in her bathroom – I spent countless hours watching her. There was a perfect view of the neighbouring house from our toilet. And the lovely Mrs Gerhard never put up any curtains.

I spent my entire youth in the toilet between the hours of eight and nine in the evening. At some point during this time, Mrs Gerhard would scurry into her bathroom and make herself up.

My parents, my brother and my sister occasionally banged on the door, in response to which I always groaned ‘Diarrhoea again, sorry!’ My mother bought it, and even took me to see the doctor once because of it.

It was only in December that I couldn’t look in on Mrs Gerhard. In the run-up to Christmas she always hung strings of lights in front of the window, which created too much of an obstruction.

‘Do they know it’s Christmas?’ Entire streets were cloaked in darkness. Only occasionally did I spot a cheap string of lights.

I still can’t help but think of Mrs Gerhard today when I see how people hang up their Christmas decorations. But this year I’m not getting any good feelings. Just a matter of days before Christmas, I took an evening stroll through the streets of Wollishofen and thought to myself: ‘Do they know it’s Christmas?’ Entire streets were cloaked in darkness. Only occasionally did I spot a cheap string of lights, and even then they were always LEDs, which just aren’t capable of giving off that warm Christian glow.

It strikes me: have they all watched too much of the Grinch? I moved closer to the windows. What was going on in there? I saw couples bickering in the kitchen, men playing computer games, children on their phones. But nobody was decorating the living room. There were a few trees with fairy lights on them, but that was it. Only the shop window displays and the fronts of the supermarkets made it feel like Christmas. Thank goodness.

None of that should make a difference to me – I am a Jew, after all. But the truth is… I love Christmas! I just can’t get enough of it. At home, we start playing the ‘50 Best Christmas Songs’ CD in November. I can sing a dozen songs off by heart. I’m so good that even the Salvation Army wanted to recruit me. And so it was that I belted out ‘Do they know it’s Christmas?’ at the top of my voice in the Paradeplatz.

You see, I don’t just celebrate Christmas in my heart; I also celebrate it in the discounts aisle.

Feeling quite dispirited, I went into the Coop. It was already 8:30 pm. On a Saturday night. You see, I don’t just celebrate Christmas in my heart; I also celebrate it in the discounts aisle. On a Saturday night in the Coop, they reduce the price of all the food that won’t last the weekend. A Coop employee wielding a sticker machine and sticking ‘50% off’ labels on items of food as he moved down the aisle was being followed by a group of around ten hardcore bargain hunters.

Us hungry hunter-gatherers, we like to share our excitement: which food items will he reduce today? And with that, a touch of festive cheer returns.