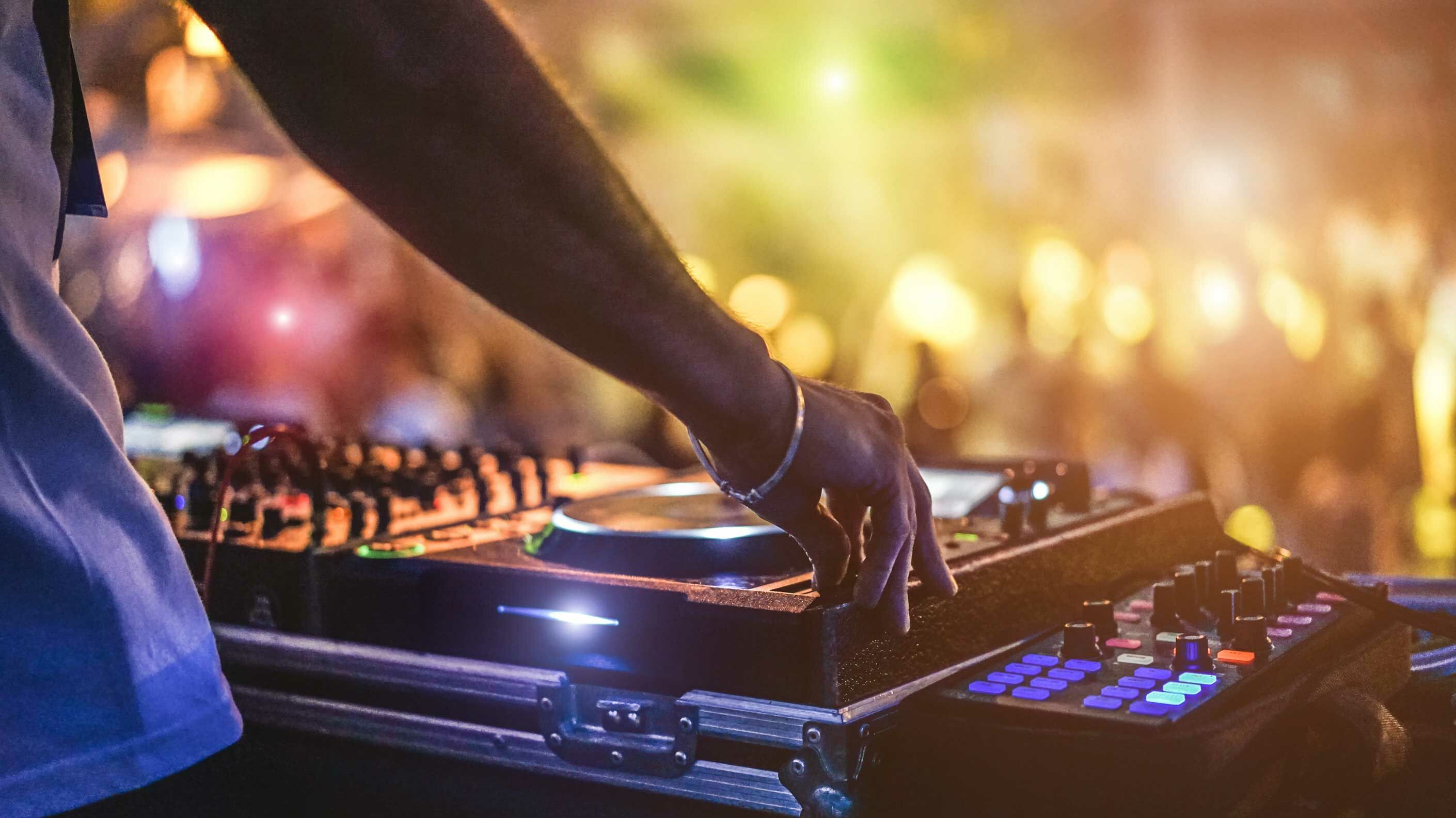 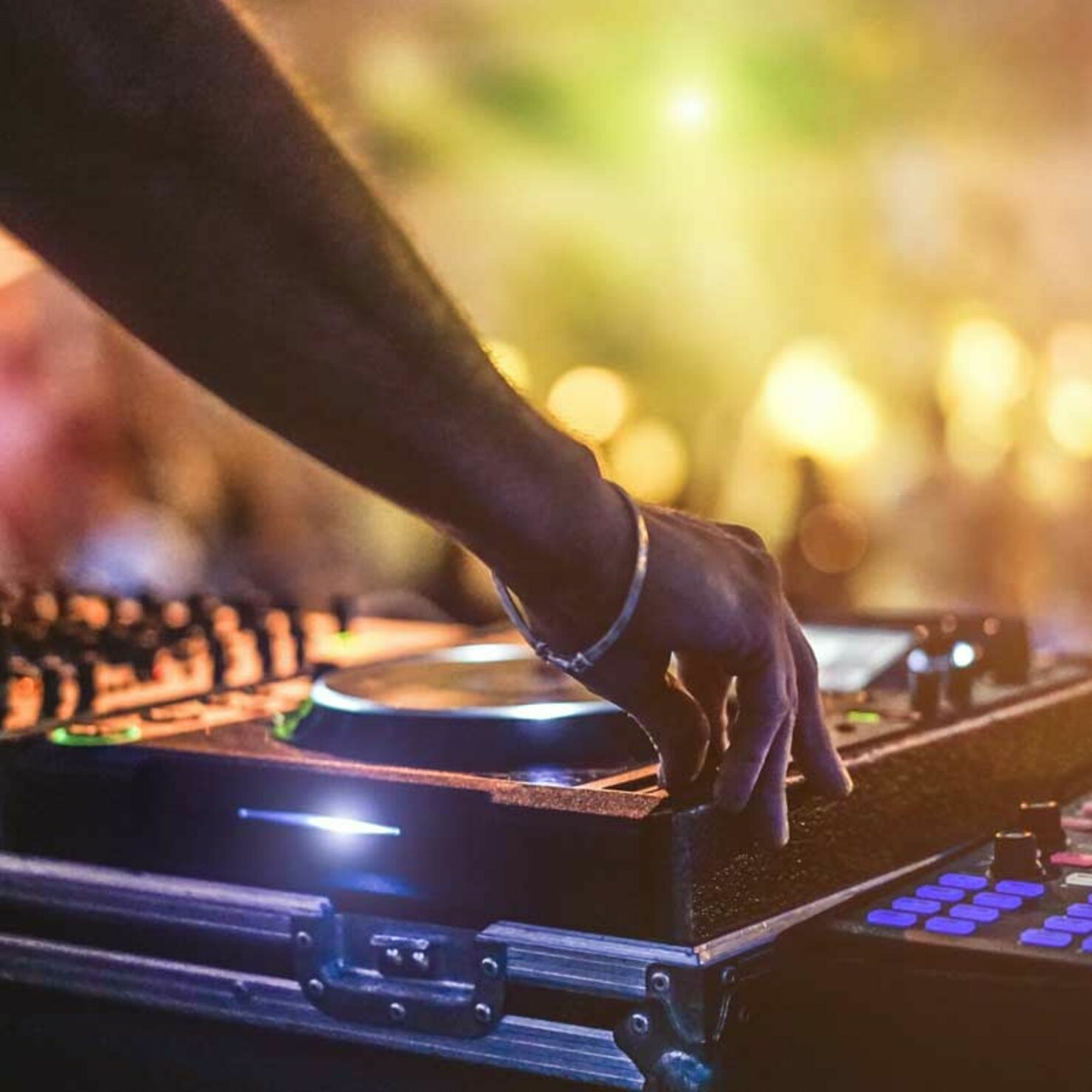 The pandemic, bankruptcies and corporate restructuring all present a threat to Zurich’s nightlife. Clubs such as Bronx, Hiltl and Mausefalle have already closed, while the MAAG Halle and X-TRA are teetering on the brink. Nightlife columnist Alexander Bücheli tells us what this means for the city and its residents.

The pandemic has led to the disappearance of Bronx, the Mausefalle and the Hiltl Club, three of Zurich’s top party clubs. And now, with X-TRA and the MAAG Halle, other cultural venues in the city centre are on the brink of extinction. X-TRA is at risk after urgent renovations mean the Limmathaus is now to be re-let to the Impact Hub. In the case of the MAAG Halle, the whole complex is being redeveloped. But instead of renovating the halls, the developer has decided to pull them down. This will not only wipe out over 500 cultural events per year but also destroy public spaces that are important for the life of the city, for the well-being of its residents, for students and for the growth of creative industries right in the heart of the city.

The Limmathaus has a long history as a cultural venue. Designed by architect Karl Egender, it was completed in 1931 and is testimony to the New Objectivity architectural style. This is why some parts of the building are listed. The main hall was used for events right from the start. At first it mainly hosted political meetings and other public gatherings, but it gradually began to stage theatre productions, concerts and parties. In the 1970s, bands like Emerson, Lake & Palmer and Uriah Heep played at the Limmathaus. And Muhammad Ali’s visit in 1971 is the stuff of legend. He trained at the Limmathaus the day before his only fight in Switzerland at the Hallenstadion. Ten years later, the striking Bauhaus building hosted public meetings organised by 1980s protest movements. This made a major contribution to the fact that Zurich has a nightlife scene today.

In the early 1990s, the area around Limmatplatz was dominated by the open drug scene at Platzspitz and Letten. The closure of Letten (1995) in particular led to the open drug scene increasingly moving to an adjacent neighbourhood. Shops, businesses and property owners kitted out their entrances, courtyards, stairwells and toilets with ‘anti-drug lighting’ – an unpleasant blue UV light that makes veins invisible. Limmatplatz became a no-go area, and the Limmathaus became increasingly unattractive as a venue.

In 1997, a solution was found to the difficult situation of the Limmat Foundation. The well-known Palais X-TRA at Hardturmstrasse 127 had to close, meaning that the X-TRA association, founded in 1988, was in search of a new home. Together with X-TRA Production AG, the former Limmathaus cooperative took a risk and turned the event hall into a music club. From 1997 onwards it continued the Futurescope series and bands like Rammstein and Die Fantastischen Vier played their first shows outside of Germany at X-TRA. Today X-TRA puts on concerts by top national and international acts and is also the home of Zurich’s wave, gothic and roller disco scenes. It is one of the only venues in the city that is big enough to host raves and Goa parties. In 2012, the Limmathaus cooperative became a foundation. Through the Limmathaus and its ongoing development, this foundation aims to provide a meeting place for the Industriequartier and the city of Zurich. In 2019, X-TRA hosted 185 cultural events that were attended by 125,525 visitors.

Zurich West has been the city’s party central since the ‘90s.

The history of the MAAG Halle is somewhat shorter but no less important for the city’s cultural development. It was the home of the Maag gearwheel factory from 1913 to 1991. The replacement of the ‘Maag Zahnräder’ neon sign by the ‘maag areal’ logo in 1994 symbolised the complex’s new purpose as a location for trade, services and the arts. Internationally renowned bag manufacturer Freitag was one of the first companies to move in. In the ‘90s, Zurich West gradually transformed itself from an industrial district to a hub of the city’s nightlife, and not just around the MAAG Halle. At first it was home to countless illegal bars and clubs, but after the liberalisation of the hospitality laws they gradually became legal establishments.

MAAG Music & Arts established the MAAG Halle in 2002, and its shift towards the arts intensified as the years went by. The windows of the Härterei began to rattle after Cityfox brought their legendary raves to the venue in 2006. In 2009, the Härterei Club complemented the cultural programme offered by the former Maag Music Hall. The MAAG Halle has hosted numerous concerts and musicals such as Ewigi Liebi and Mein Name ist Eugen. TV talent shows like MusicStar and Die grössten Schweizer Talente were filmed at the MAAG Halle and it has hosted concerts by international acts like Air and Lady Gaga. The Härterei Club quickly became the home of Zurich’s hip-hop and local D&B scenes. The versatility of the MAAG Halle was also highlighted when the Tonhalle was temporarily moved to the Härterei in 2017.

The first conflicts arose when apartments were built nearby.

The neighbourhood underwent progressive gentrification with the first apartments being built in the immediate vicinity of the Härterei Club in 2012, based on an urban planning concept drawn up in 2000. This led to the first arguments about how the premises should be used. In 2013, complaints about noise resulted in the club moving to the Werft – the shipyard area by the lake. In 2019 the Härterei became the Mäx Club, with a view to shaping Zurich’s nightlife over the next ten years. In 2019, the MAAG Halle hosted 350 cultural events with 315,0000 visitors.

X-TRA and the MAAG Halle may have had different fates, but this development mirrors a trend that is not only a threat to Zurich’s nightlife and music culture but also diminishes the attractiveness of the city centre. The pandemic has given us a foretaste of the atmosphere around the Prime Tower at night when no events are being held at the MAAG Halle. But it is not just a matter of revitalising neighbourhoods at night. It is about remaining attractive as a city.

It is also about the overall well-being of the city’s residents. Concerts and cultural events contribute much more to our overall well-being than people might think. For students, culture and nightlife provide a variety of ways to earn money. Cities like Berlin highlight how short distances and the opportunity to perform, switch off and be hedonistic are vital if a city is to be seen as an attractive, creative place.

The city benefited from the development of Zurich’s nightlife in the 1990s. The idea of replacing nightlife venues with impact hubs is somewhat paradoxical, because without nightlife there would be no hubs in the city today. This is not about the concept of impact hubs per se; these play an equally important role in terms of the attractiveness of a city.

But hubs can be located in residential neighbourhoods because they are not places that attract crowds at night. Despite plans to hold events in addition to its core use, the Limmathaus is at great risk of falling silent. Concerts make it particularly difficult for other users to concentrate during the day because of the need to set up, take down, sound check and so on. If the Limmathaus Foundation sticks to this decision, there will be no more night-time events here.

The situation with the MAAG Halle is more complex. Swiss Prime Site AG (SPS) isn’t a foundation but a private investor. They considered two project options on the perimeter of the existing factory buildings – either renovating the MAAG Halle and building a superstructure or demolishing the buildings and starting afresh. Unfortunately, they decided to demolish the MAAG Halle. There is talk of holding cultural events in the new building, but its proximity to residential dwellings means the space will not be used for events that attract visitors at night. For the city of Zurich, it is annoying that the design proposal that envisaged retaining the halls and continuing their general cultural use was not selected.

It is Zurich’s nightlife that makes the city so attractive.

One thing is clear – nightlife and the associated creative spaces that can be used for cultural purposes belong in city centres. This also includes venues that attract visitors at night. But the number of suitable locations has been dwindling over the last few decades. Industrial wastelands are disappearing as the city becomes more and more built up. More attention is being paid to local residents’ need for peace and quiet, and conflicts between residents and night owls are inevitable at any new location. If Zurich wants to maintain its diverse cultural offer in the city centre, it has to protect existing venues – and how they are used. Do politicians and the city council understand this? What does the city intend to do about the fact that its venues are dying? This is a debate about the future of the city at night and whether future development plans in suitable places such as the Gleisfeld should stipulate that areas have to be provided for cultural use, including at night.

Online petition: Save the MAAG Halle

In recognition of this second, better project, the Save the MAAG Halle committee and the Kulturmeile/zuerich-west.org alliance are committed to the preservation of the unique, well-established MAAG Halle. These make a significant contribution to the revitalisation of Zurich West and provide jobs in the creative industries, a key sector for the city of Zurich.