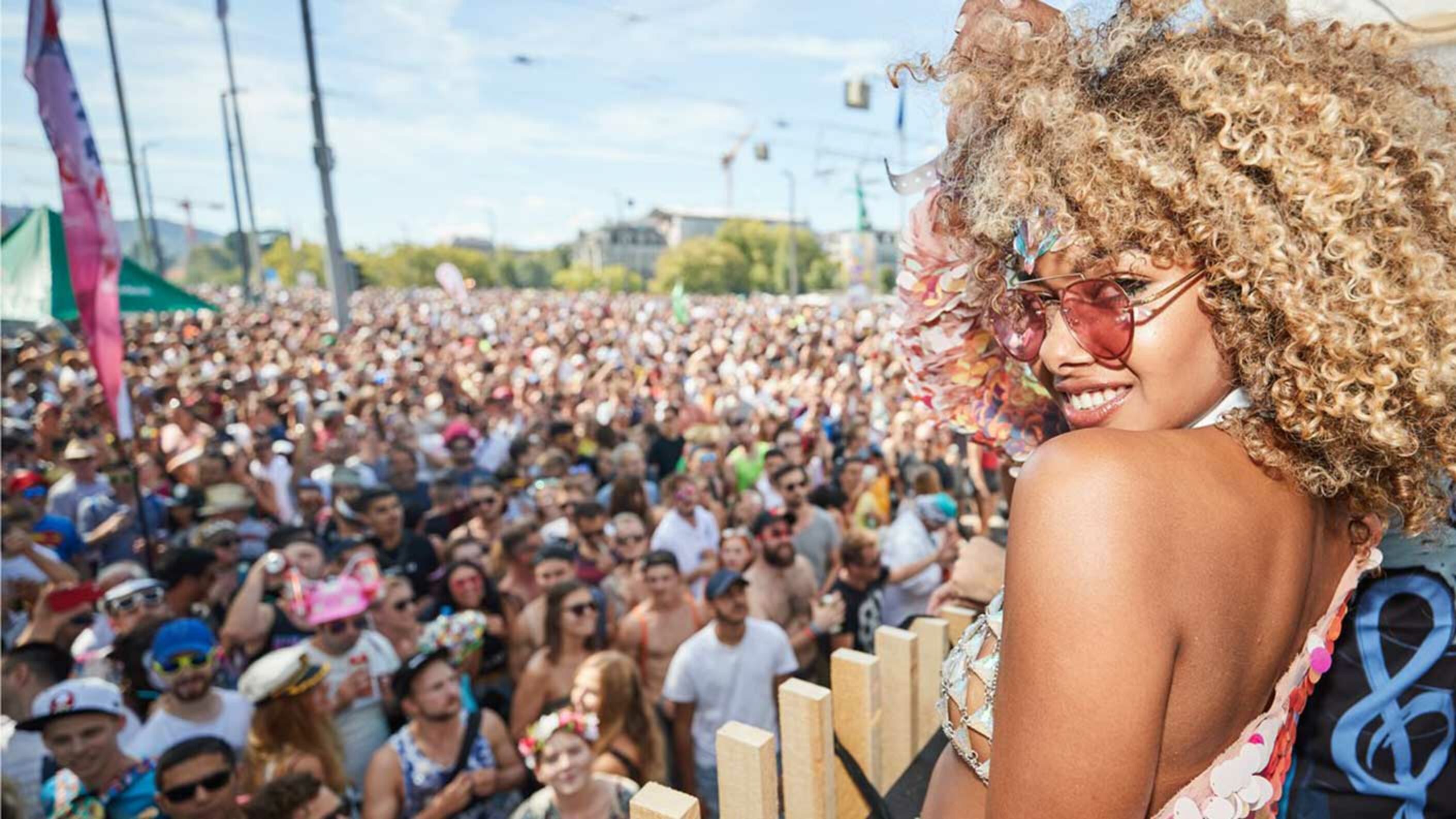 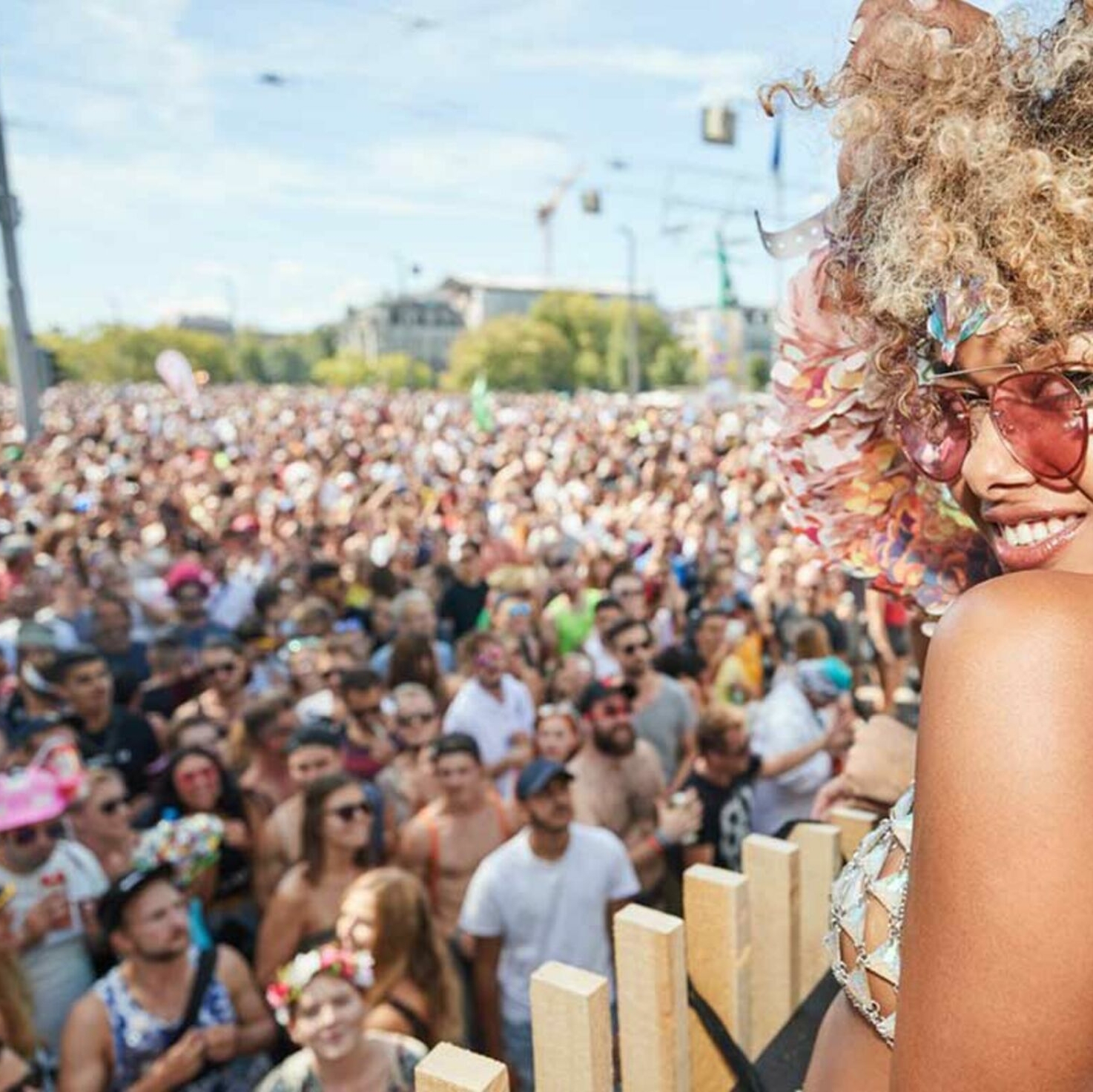 Street Parade – the legend of Zurich

Street Parade is the largest electronic music event in the world – and it is taking place for the 28th time on 10 August. Our nightlife columnist Alexander Bücheli delves into the history behind this major event.

The first Street Parade was organised by student Marek Krynski and took place on 5 September 1992 – back then it was still a political demonstration for love, peace, freedom and liberal thinking. Marek was inspired by the Love Parade in Berlin – the mother of all techno parades.

The route of the first Street Parade did not run alongside the lake as it does today – instead it marched down Bahnhofstrasse. Passers-by joined the estimated 1,000 attendees – many were dressed in flamboyant and colourful clothing and some even brought along their vacuum cleaners as a quirky accessory. Just like in Berlin, Street Parade quickly transformed from a niche gathering to a mainstream event. But just two years after the first event, the police commissioner at the time Robert Neukomm decided to revoke the permit for Street Parade. The reason for this? Street Parade was too large, too loud and did nothing except litter the streets.

The police now referred to the event as the largest and most peaceful demonstration that Zurich had ever seen.

The chief of police did not anticipate the outrage that the ban provoked – both in the media and among locals. Pro-Street Parade demonstrations took place in front of the town hall and signatures were collected for a petition. The social pressure caused the city government to lift the ban. It did, however, enforce new conditions with regard to performances, noise emissions, waste and security. The route of the parade was moved to run alongside the banks of the lake.

The threatened ban and the cross-party consensus most likely worked in Street Parade’s favour – making it a Zurich legend. In 1994, 30,000 people attended the event. One year later, this increased to 120,000 ravers. The police now referred to the event as the largest and most peaceful demonstration that Zurich had ever seen.

In 2001, the parade was held for the tenth time and the number of attendees hit one million. Following the procession, there was an official birthday party at Bürkliplatz and Bellevue. This was the start of a logical progression for Street Parade. Ever since then, Street Parade has included various stages where DJs play music until midnight alongside the traditional procession of Love Mobiles.

But not all those involved in the event were happy about this development. The operators of Zurich’s nightclubs and the organisers of the various major fringe events of Street Parade were particularly frustrated. Before, the natural course of the event meant that the masses would move onto the nightclubs and fringe events straight after the parade. But now ravers suddenly had other choices.

The musical direction of the event was also causing some tension – mainstream music was taking the place of modern electronic music. The Zurich techno scene gradually started to move away from Street Parade. This did not initially affect the success of the parade. However, in the late 1990s, there was an increasing number of reports about the parade becoming a major front for illegal drug-taking. In 2007, Street Parade took place for the 16th time, though on this occasion it wasn’t the 800,000 attendees and 200 international DJs that made the headlines – a fatal stabbing overshadowed the event.

To ensure that such crimes could not be repeated, the city of Zurich demanded that the organisers introduce a series of measures in 2008. In an attempt to minimise disorder in the city centre, local pubs were no longer permitted to open additional bars in public areas. Outdoor speaker systems were also banned and extended serving hours only applied inside establishments.

These measures meant that the parade lost some of its charm. Before, it had been an event like nothing else in Zurich – an unconventional and enthralling phenomenon that took over the whole city. The parade also lost its status as a political demonstration. This made the organisers more responsible for what happened during the event and they would have to pay for any security and cleaning costs in the future.

Today, as permit holders, the organisers have to pay for any mesh fencing erected by the city for the event. So, it’s hardly surprising that today’s budget for the event comes in at several million Swiss francs, even with the DJs still performing for free. If the weather is bad on the day, there is a risk of incurring a large deficit. But challenges like these have meant that the parade has evolved year on year.

The concentration along the banks of the lake and the expansion of the music stages certainly caused some frustration in the city. But discussions about the future of Street Parade have led to the event becoming a major fixture on the Zurich techno scene again. Both sides have moved closer together over recent years. Joel Meier – who became President of the organising committee in 2008 – and Head of Artist Bookings Robin Brühlmann were key to this.

Together they realised how important the parade is. Not only as a world-famous electronic music event and international benchmark, but also as a source of income. Today’s Street Parade isn’t just for Zurich’s trend-setters. The 2019 event will also showcase various Zurich clubs and event labs with a Love Mobile. The foundations have been laid to allow this legend to continue.

But in order for it to evolve further, ideally the financial burden needs to be lifted and the city needs to take on some of the costs again. This is the only way to prevent further VIP and backstage areas being created that can only be accessed by purchasing a ticket. More areas like this would result in the charm of the free and open Street Parade being lost.

The 28th Street Parade is taking place on Saturday, 10 August 2019 from 1 pm until midnight. You can find out more information about the programme here.