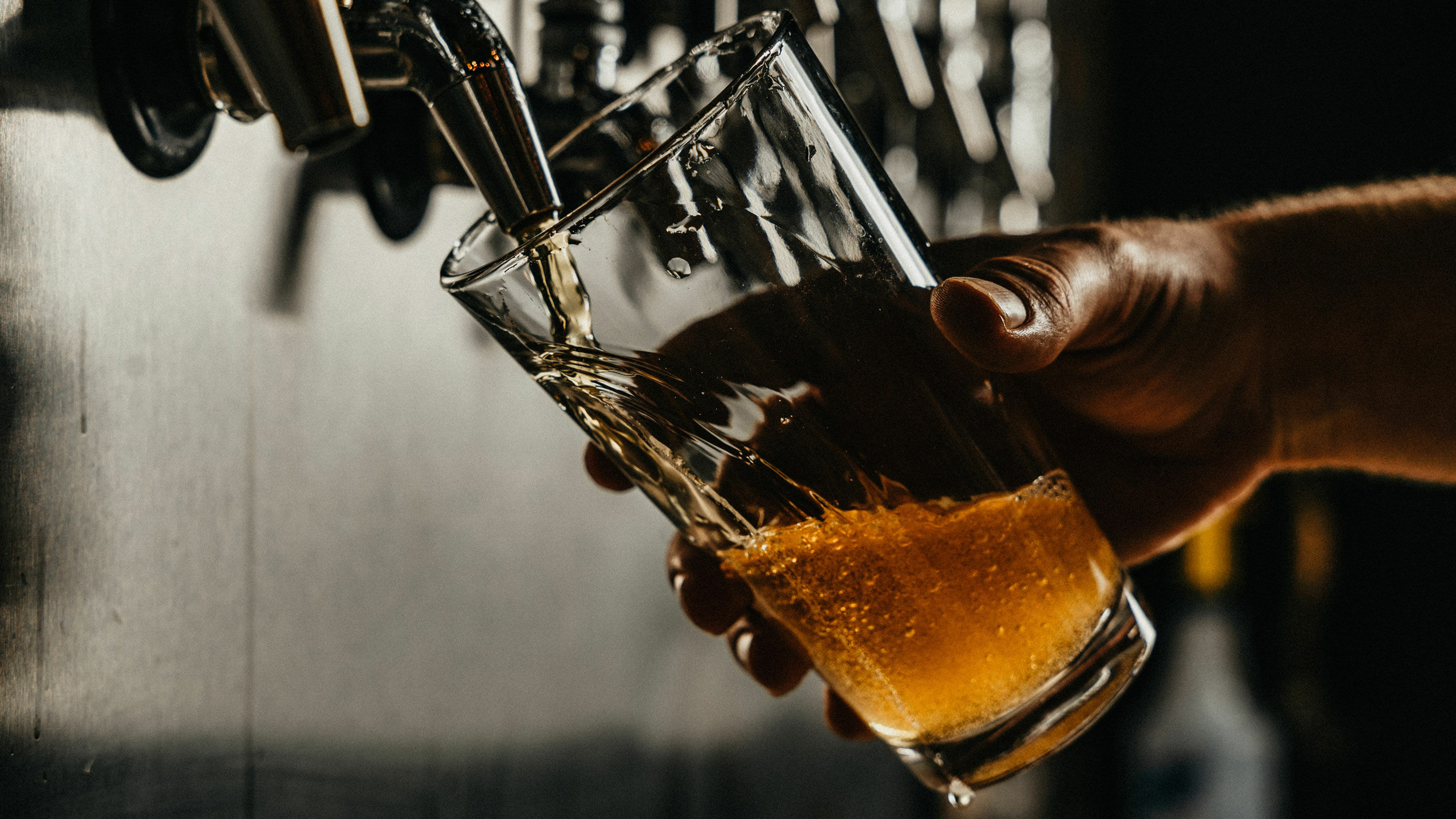 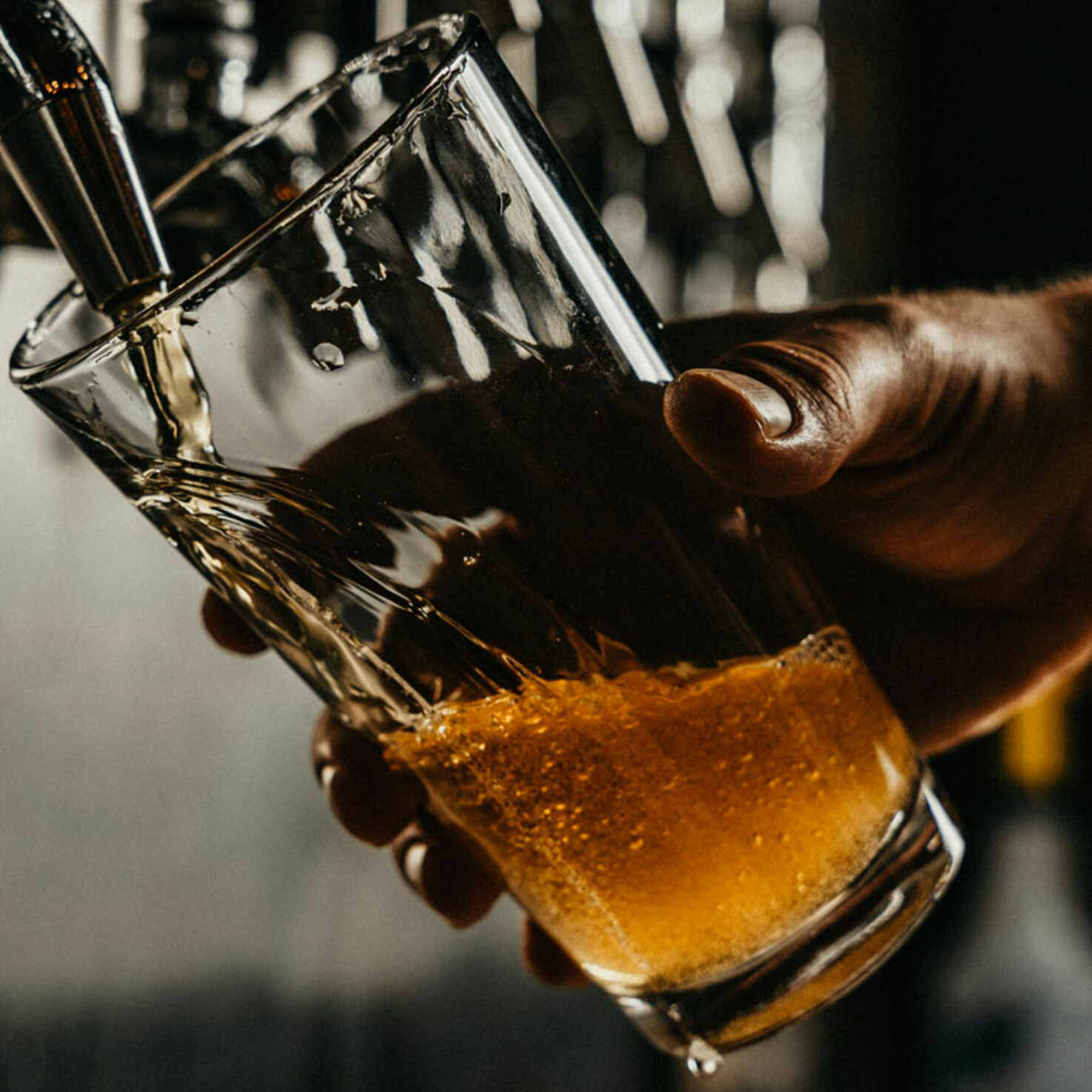 Zurich restaurant operators Kramer Gastronomie have turned the spotlight on the microbrewery that has long been a fixture in the Steinfels Areal. But that’s not the only reason why beer is a hot topic in Zurich. Bonus: Zizi Hattab’s vegan dishes are becoming more accessible.

In early October I was invited to a beer tasting at the Steinfels brewery. Let’s start with the good news – if you love fresh, unpasteurised beer, you can go along and buy the different varieties at the ramp behind the brewery every Thursday from 2 pm – and bring your own bottles (or canisters, or buckets, you name it). The beers – lager, Pils, IPA, wheat beer, a seasonal beer – all have a fine, fresh flavour, and I’m happy to recommend them. But – as I discovered when I was there – it would be a shame not to mention the food at the Steinfels brewery restaurant. At the tasting, brewery manager Gianni Gozzi was justifiably proud to serve up chicken wings made to his own recipe, available in various degrees of spiciness from mild to ouch. The menu also includes a number of tempting meat dishes that go perfectly with the flavours of the home-brewed beers. The smoker is fired up on Fridays. At the restaurant, the mood is buzzing, even excited – it’s great to be in a full restaurant again; it feels like being on holiday.

A short history of Steinfels

This small brewery pub with an annual capacity of 2,500 hectolitres was the brainchild of restaurant consultant Martin Walker and brewery entrepreneur Martin Wartmann, who opened the Back & Brau restaurant in a cellar of the former Steinfels soap factory in the mid-nineties. For many years, the huge Steinfels site was one of district 5’s many industrial wastelands with some weird and wonderful interim uses before the developers gradually moved in. Today, the complex is well established with apartments and offices, along with bars and restaurants to serve the office workers in the surrounding blocks – and, of course, the cinemagoers who are once again flocking to the Blue Cinema Abaton multiplex. They make up a large proportion of the clientele at the Steinfels brewery.

Walker and Hartmann had nationwide success with the idea of microbrewery restaurants that paired the dishes with their home-brewed beer. They inspired other business partners to adopt the concept, but although they ignited the trend for craft beers in Switzerland with Back & Brau, the brand no longer exists today. Back & Brau in the Steinfels Areal closed in 2007 and the premises were taken over by Kramer Gastronomie. The restaurant group (Metropol, Blue Monkey, Brasserie Louis/Tina Bar, Lakeside and many more) revamped the house brewery and is now once again focused on the brewer’s art. A number of hospitality concepts have been tested since then. The most recent, a concept inspired by the Berlin culinary scene with a focus on fermented vegetables, was cancelled after two years due to a poor response.

Fermentation has been a hot topic among foodies for some time now and even Fooby and Migusto play around with it. After all, sauerkraut, kimchi and countless vegetable derivatives that are pickled cold and then lacto-fermented are very healthy. However, the fermentation process takes time, and the preserving jars need space – two luxuries that are often in short supply among Zurich residents. Lactic acid is also not exactly a flavour that most people want to indulge in every day. So fermented foods tend to remain the domain of the hospitality business and niche enthusiasts, such as the team behind the Suur label who sell small jars of fermented vegetables that would otherwise have found no takers. I asked co-founder Adrian Hoenicke which restaurant was currently doing the best job with fermented vegetables, and he said it was probably Zizi Hattab’s Kle, which only serves vegan dishes.

The new restaurant will be called Dar

I mention this because Zizi Hattab, a friendly Catalan lady with Moroccan roots, will soon be taking over Maison Blunt on Gasometerstrasse. As in her first restaurant, all her dishes will be plant-based and influenced by her Moroccan heritage. The new restaurant will be called Dar. It will allow Zizi Hattab to serve more diners – Kle is a tiny restaurant that is constantly booked up. This is hardly surprising in light of its 14 Gault-Millau points and the growing popularity of veganism. Dar will be serving brunch and dinner and also have a cocktail bar.

Back to the beer

There are other small breweries around the city that are worth a visit (after all, beer is a fermented product, so there’s a crossover here). I like Gottfried, a mini start-up by two winemakers’ sons up on Milchbuck. Even the Turbinenbräu, which was founded in the mid-nineties to fight the demise of Zurich’s brewing culture, still supplies its beer unpasteurised. But the Turbinenbräu is no longer a microbrewery. It now claims to be the biggest brewery in the canton of Zurich – and it’s within the city limits! That’s something of a sensation in light of today’s land prices. Other names worth knowing are Dr. Brauwolf from Binz and S’Bier from Seefeld. Hirnibräu has been allowed to convert a pretty transformer tower on Bucheggplatz into a brewery, but I’ve rarely come across its beer. The Restaurant Linde in Oberstrass emerged after a Back & Brau franchise was taken over and is now part of the Remimag hospitality group. It also brews its own beer. The most recent launch in this sector occurred back in July when Bierwerk Züri opened its own brewery in the Tankbierbar on Europaallee. Like at Steinfels, beer is brewed and served all under one roof. Cheers!