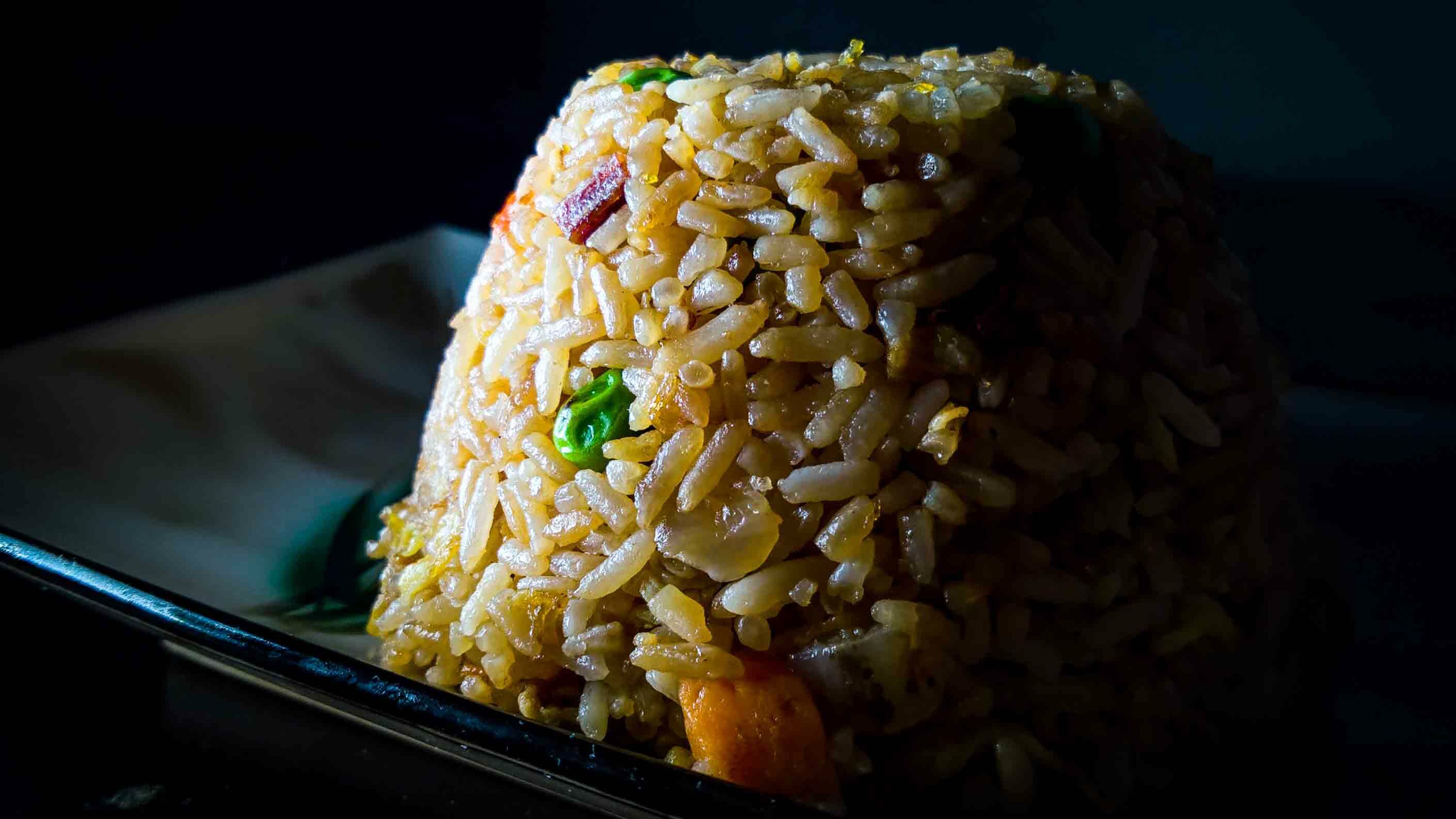 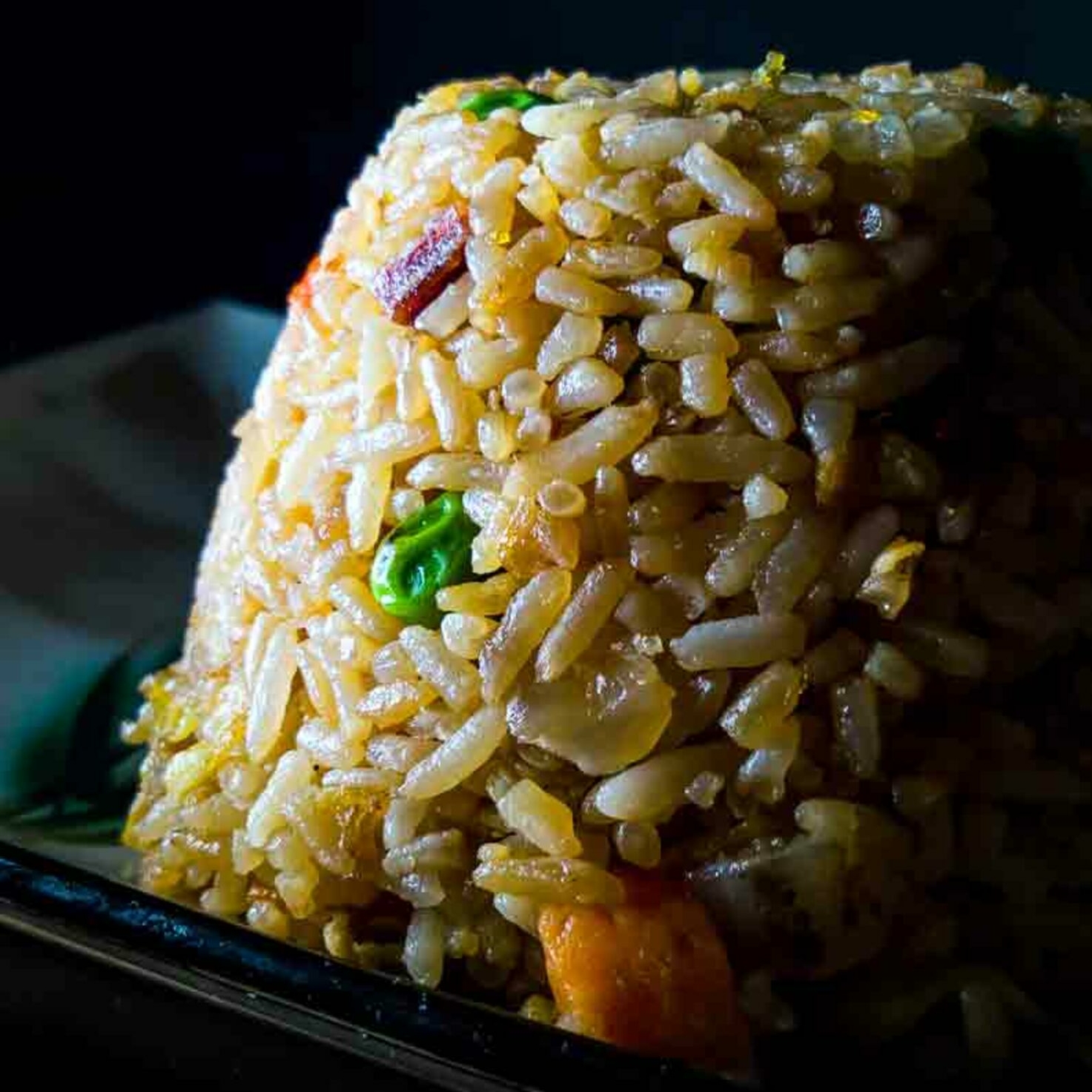 Our culinary columnist Hans-Georg "HG" Hildebrandt explains how Egg Fried Rice became a phenomenon on YouTube and introduces the two food bloggers responsible for it. He was also a guest at El Patio Latino, a cool pop-up.

Worldwide fame and four million followers on YouTube – that’s quite an accomplishment. Particularly when it’s all thanks to egg fried rice, a simple but always delicious dish that can be whipped up in just four minutes.

The hype began with a comedian.

It all began with Malaysian Chinese comedian Nigel Ng, aka Uncle Roger. About a year ago, Ng created the character of Uncle Roger, a stereotypical Asian who watches cooking videos on YouTube and generally gets exasperated – such as when he watches Jamie Oliver ruining the simple recipe for egg fried rice by adding convenience products and displaying a total lack of feel for the food. The desolate cry of ‘haiyaaa’ every time a YouTube chef massacres Uncle Roger’s favourite dish has become famous, as has Roger’s respectful ‘fuiyooo’ for the skill of Gordon Ramsay or Chinese star chef Wang Gang, who transforms egg fried rice into fine dining.

In the wake of Uncle Roger’s phenomenal success, ‘Frenchguycooking’ Alex also decided to embark on a multi-part quest for the perfect egg fried rice. In Paris, top chef Samuel Lee cooked the perfect fried rice for him at the Shang Palace in the Shangri La Hotel, and he learned the meaning of ‘wok hei’ – the sexy, appetising aroma of oil as it atomises and flares in the heat of the wok, and the individual ingredients that are tossed about in this inferno creating the charred aroma in the rice. These videos are also as entertaining as they are educational. It is essential that the rice used in egg fried rice is steamed the day before. You can learn how to do it in this video.

The problem with wok hei – and a clever solution

It’s not a good idea to try producing wok hei in your kitchen at home. It should only be attempted in a really well-ventilated kitchen, such as at Tiffins, an excellent Asian restaurant in Zurich. Otherwise, your kitchen will quickly end up coated in a horrible film of oil, and it also presents a serious fire risk because the oil has a tendency to flare up. If you have a good barbecue grill, you can get a wok ring for it and try your hand at creating wok hei outdoors.

I’ve never tried this, but I can turn out a half-decent egg fried rice on my stove. It’s not difficult – you get the hang of it after two or three attempts.

• Using a very fine grater (Microplane), grate the garlic and ginger into the oiled wok.
• Finely chop the white part of the spring onions and add to the pan.
• Sauté in clarified butter, canola oil or (untoasted) sesame oil.
• Increase the heat and fry until the onion begins to shine.
• Add the rice and sauté (shake the wok so that the rice ‘dances’) or turn it over with a spatula. Be patient – without an open flame it takes time for the rice to fry. Don’t worry about too much heat!
• Once the rice starts to change colour, add the vegetables and stir into the rice to heat through.
• Remove the wok from the hob. Crack the eggs directly into the pan. Stir with the spatula. Return the pan to the hob. Quickly mix everything together.
• Add sambal oelek or other hot sauce.
• When the whole thing no longer looks shiny or moist, the rice is ready. Add a few drops of soy sauce and a little toasted sesame oil.
• To serve: spoon onto plates and garnish with the finely chopped green spring onion. Squeeze the juice of half a lime over each dish. You’re good to go. Yum.

Check out the videos for alternative ideas!

El Patio Latino is a must-visit pop-up. A committed and wonderfully diverse crew under Frederico Freiermuth from the Weisses Rössli on Bederstrasse has transformed the former De Capitani builder’s yard on Klopstockstrasse (Enge district) into an exciting food court. There are tostadas and tamales from Ay Mami, authentic-tasting ceviche made from freshwater farmed fish, and sustainably produced shrimp from Freiermuth’s company Damn Delicious. From Dave Morales Wälti (most recently at Casino Bern) come vegan sanguches and the sandwich de chola, a Bolivian street food classic that not only looks great but also puts most burgers to shame. It is normally accompanied by a beer or pisco sour.
Patio Latino is an attractive concept with a fantastic, more spontaneous vibe than the food truck festivals that were so hip a few years ago. I’ll be visiting as often as I can.