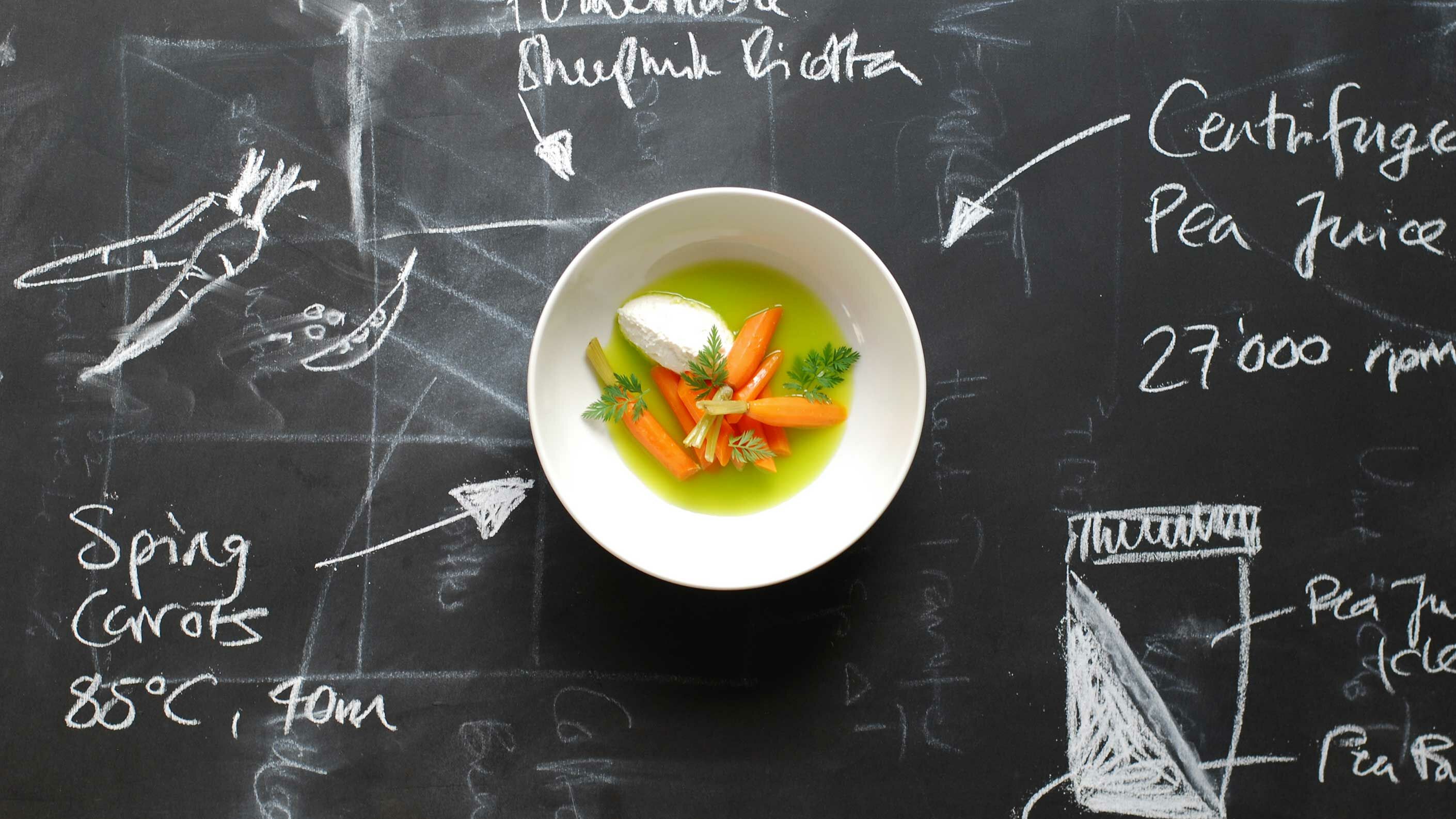 The restaurants may be open again, but our food columnist Hans Georg ‘HG’ Hildebrandt is keen to tell us about an app developed by a research team from Zurich. It brings together all the latest cooking knowledge and the team have named it after themselves – Tastelab. A must-have for keen cooks!

If you’re something of a cooking nerd, you probably know ‘Modernist Cuisine’, Nathan Myhrvold’s seminal work about the science of cooking. Now Zurich scientists have come up with an app that delivers an equally huge volume of information right to your fingertips. Tastelab can be downloaded from the App Store or Google Play for just 8 francs, whereas the first edition of ‘Modernist Cuisine’ in 2011 cost around 600 francs. Former Microsoft engineer Nathan Myhrvold invested five years of his life and a huge chunk of money in researching, describing and illustrating all the key principles and processes of cooking. His work had an impact on cooks all over the world, including ETH Zurich science graduate Sue Tobler. After launching Tastelab with Remo Gisi in 2016, they opened a summer pop-up of the same name on the Polyterrasse.

Tastelab is a spin-off of the ETH.

Every evening diners came to their tent to discover how it tastes and feels when scientists prepare food in accordance with the latest scientific research. Two years later, Tastelab showed what it could do at Kreuzplatz in district 8. This scientific way of eating is not necessarily for the classic hedonist. If you enjoy eating Tastelab-style, you’re probably someone who likes to think about every detail of your meal. Exactly how is it cooked, why does the food have this or that flavour, and how do I experience these processes on my palate? It goes without saying that it is vital to source the right ingredients. Sophisticated cooking processes simply don’t work with poor, mass-produced ingredients. And preservation techniques like waxing citrus fruits and irradiating berries are a definite no-no.

The Tastelab team was recognised as an official spin-off of ETH Zurich in 2017. Every year, it upholds the culinary honour of Zurich’s universities at the World Economic Forum in Davos, but, unfortunately, I haven’t made it over there yet. Nonetheless, I have managed to download the app on my phone. I have to say, if you enjoy cooking but don’t want to amass a huge collection of cookbooks, you really should get the app. It gives clear descriptions and illustrations of all the main cooking techniques and has loads of recipes.

The app is also regularly updated with new themes and recipes. It currently has instructions for the lacto-fermentation of kimchi and sauerkraut; recipes for cooking sous-vide (where food is placed in a sealed pouch and cooked in a water bath at precisely regulated low temperatures); plus advice on pickling salting, drying, candying, and making fruit vinegars. The app is currently being updated to include guidelines on pasteurisation and sterilisation, pressure cooking and deep-frying.

The app is updated regularly.

The descriptions are all in English (though it would be nice if they would translate it into German), and eight francs for this app is an absolute bargain compared to buying cookbooks that only ever cover one topic. I must admit, I’ve never been particularly keen on the sous-vide process. But that’s probably because a close colleague of Sue Tobler’s, Thomas Vilgis from Ulm (a materials scientist at the Max Planck Institute for Polymer Research), once explained to me that the sous-vide trend actually started with the idea of preparing tasty food for elderly people who had trouble chewing.

All the Tastelab team have a scientific background, so they tend to take things slow and steady. After running two pop-ups, Tobler and Gisi finally decided to open their own restaurant and found a really great location – a small garage at Hirschengraben that had stood empty for years. But the current situation has brought the project to a screeching halt. ‘As a team, we are no longer focused on analogue gastronomy,’ says Sue Tobler, adding that Tastelab will soon be releasing a new app that uses image recognition to quickly and easily convert international volume measurements in cookbooks. So if you’re interested in the science behind cooking, it’s worth going to the Tastelab website and signing up for the newsletter.

Tastelab has saved me from boredom in the kitchen.

The website also keeps you up to date with the latest research, like fermenting fruit and vegetables extremely slowly to concentrate their flavour (such as with black garlic and black walnuts). The restaurant trade will have to live with restrictions for some time yet, and even I am boring my family to death with my go-to recipes, so this app provides a great way of easing our suffering! And there is so much to learn about a topic that will be even more important over the years to come – sustainable, delicious food and how to prepare it.

The app can be downloaded from the App Store and Google Play.

The best restaurants for the impatient among us

Perfect pike, fresh from the waters of Lake Zurich

Vol-au-vents at Sprüngli – and at home