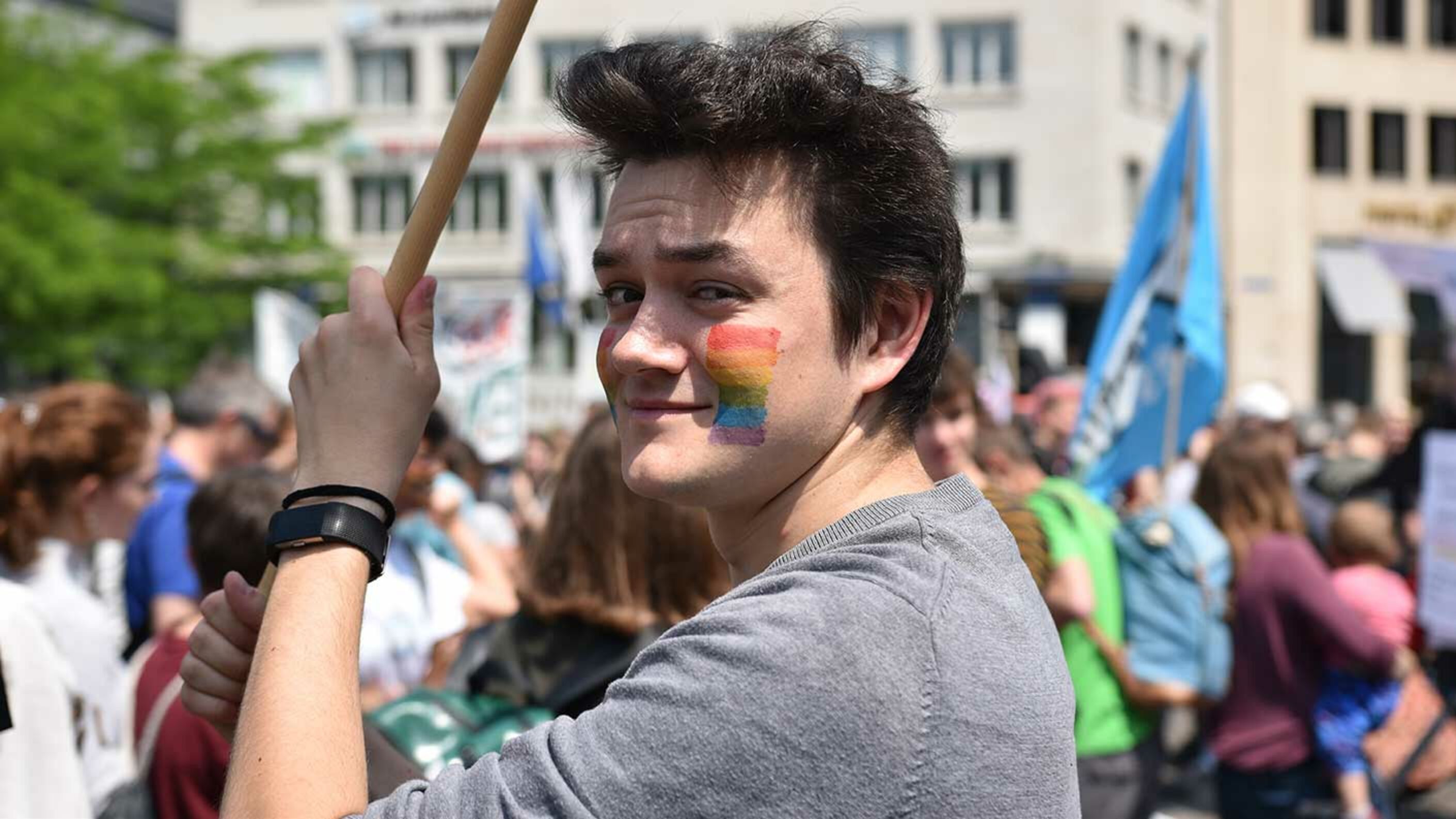 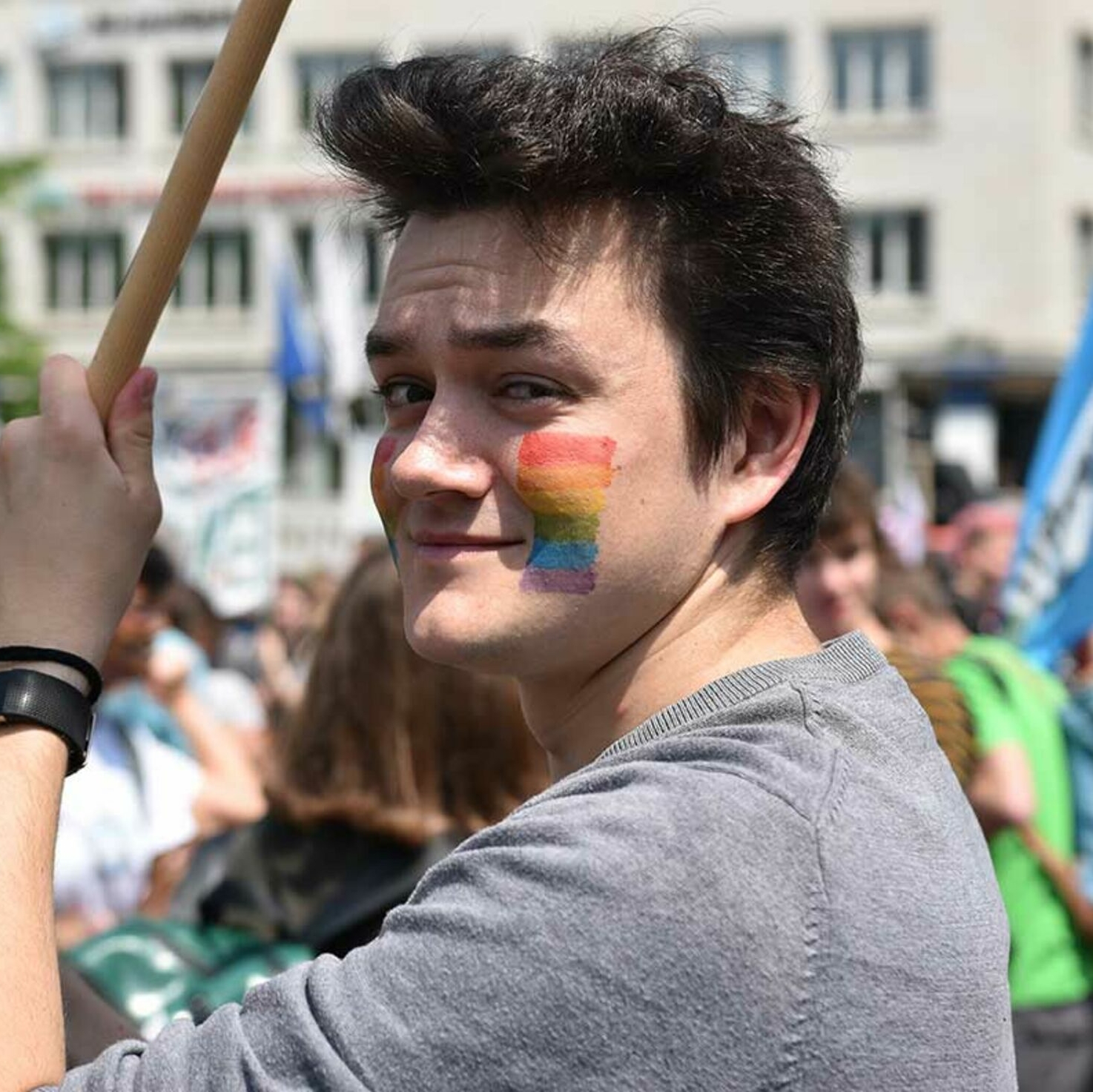 ‘Feminism isn’t only about women’s rights’

Nils Jocher is president of Die Feministen, a feminist association based in Zurich. Nils talks to us about toxic masculinity, the women’s strike and lack of respect.

On 14 June, women throughout Switzerland are going on strike. As a feminist, how will you be spending the day?

I’ll head to Liestal at 10 o’clock and set up the beer garden tables and benches. At midday I’ll be joining other feminists to serve soup to the hungry women strikers. Some of us will be looking after children, and once we’ve cleaned up we’ll all go together to the big demonstration in Basel. In between, I have to go into college to take an exam – unfortunately, we weren’t allowed to postpone them. But of course I’ll be wearing my purple feminist bandana. What do you say to men who feel excluded from the strike? I ask them to think about their own roles in society. And I tell them they’re welcome to support the strike – but to stay in the background. The day isn’t about showing up as a man in the media or leading the protests. The idea is that we enable women to do this by doing their other jobs for them. So men have a role to play in the strike, but it may be a little different from the one they expect or are used to.

What do you say to men who feel excluded from the strike?

I ask them to think about their own roles in society. And I tell them they’re welcome to support the strike – but to stay in the background. The day isn’t about showing up as a man in the media or leading the protests. The idea is that we enable women to do this by doing their other jobs for them. So men have a role to play in the strike, but it may be a little different from the one they expect or are used to.

‘Men have a role to play in the strike.’

Some men – and women – think the strike is a waste of time.

I would advise them to look at the statistics and talk about the issues with the women in their circle. Men are much more violent and also more likely to commit suicide. Meanwhile, women are under-represented in management, politics and the media. Once you wake up to these facts, you realise there is something very wrong with our society – despite the fact that equal rights have been enshrined in the Swiss constitution since 1981. There’s also a lot of inequality in people’s private lives, for example, women are much more likely to do unpaid care work than men.

Is that why you co-founded the Die Feministen group?

Last autumn, I attended Campaign Bootcamp, where we spent a lot of time discussing equality. We realised there was a need for a feminist group with a focus on involving men and taking a critical look at masculinity. We went on to set up an association and I somehow ended up as its president.

‘Women accuse us of thinking we invented feminism.’

What do men think about your group?

Our regular round table meetings are well-attended and show that men are also interested in feminist issues. That’s because feminism isn’t only about women’s rights. It’s also about gender equality in general and breaking down rigid gender stereotypes. But, of course, outside of my bubble there are men who are pretty disparaging about Die Feministen.

They question our masculinity, but that just makes me smile. It’s the kind of reaction we expect because we’re shaking up social norms. On the other hand, women accuse us of thinking we invented feminism. But once we explain a little more about what we’re doing, most people think we are worth supporting.

But your association only has two women on the board

We have a quota – there has to be at least one woman on the board. But our main focus is on mobilising men and raising their awareness. That’s why we want men to do most of the work. With us, women aren’t there to take the minutes but to advise us on strategy. All too often women are hired to do the administrative work while it’s men who set the agenda.

Do you think women have a different view of inequality in society?

Of course. They discover early on that they are treated differently – day in, day out. They are forced to come to terms with their role as a woman. Meanwhile, men rarely have to think about what it means to be a man.

What does being a man mean to you?

I actually try very hard to define myself by characteristics rather than by gender. But I’m also part of society so I have many privileges as a result of my gender.

Do you sometimes suffer from toxic masculinity?

Yes, sometimes I fall prey to toxic masculinity. For example, I still haven’t learnt to talk about my emotions frequently and openly. I also find it difficult to accept help – I think being a man means I have to be strong. Of course, I notice that a lot of men are bound by gender stereotypes. They crack homophobic jokes or judge women solely on their appearance, something that displays a total lack of respect.

Are you trying to change such attitudes?

There are some situations that I can do very little about. When I’m having a night out on the town it can be quite dangerous to take on people who are anti-feminist. But at other times I try to talk to people about their attitudes, and this usually works out well. That’s also one of the reasons why we set up our feminists’ group. Unfortunately, most men would rather listen to another man than to a woman – even when it comes to feminist issues. We also want to make the most of our privilege in so far as people actually listen to us.

The second nationwide women’s strike will be held on Friday, 14 June. Visit the website for more information about Die Feministen.