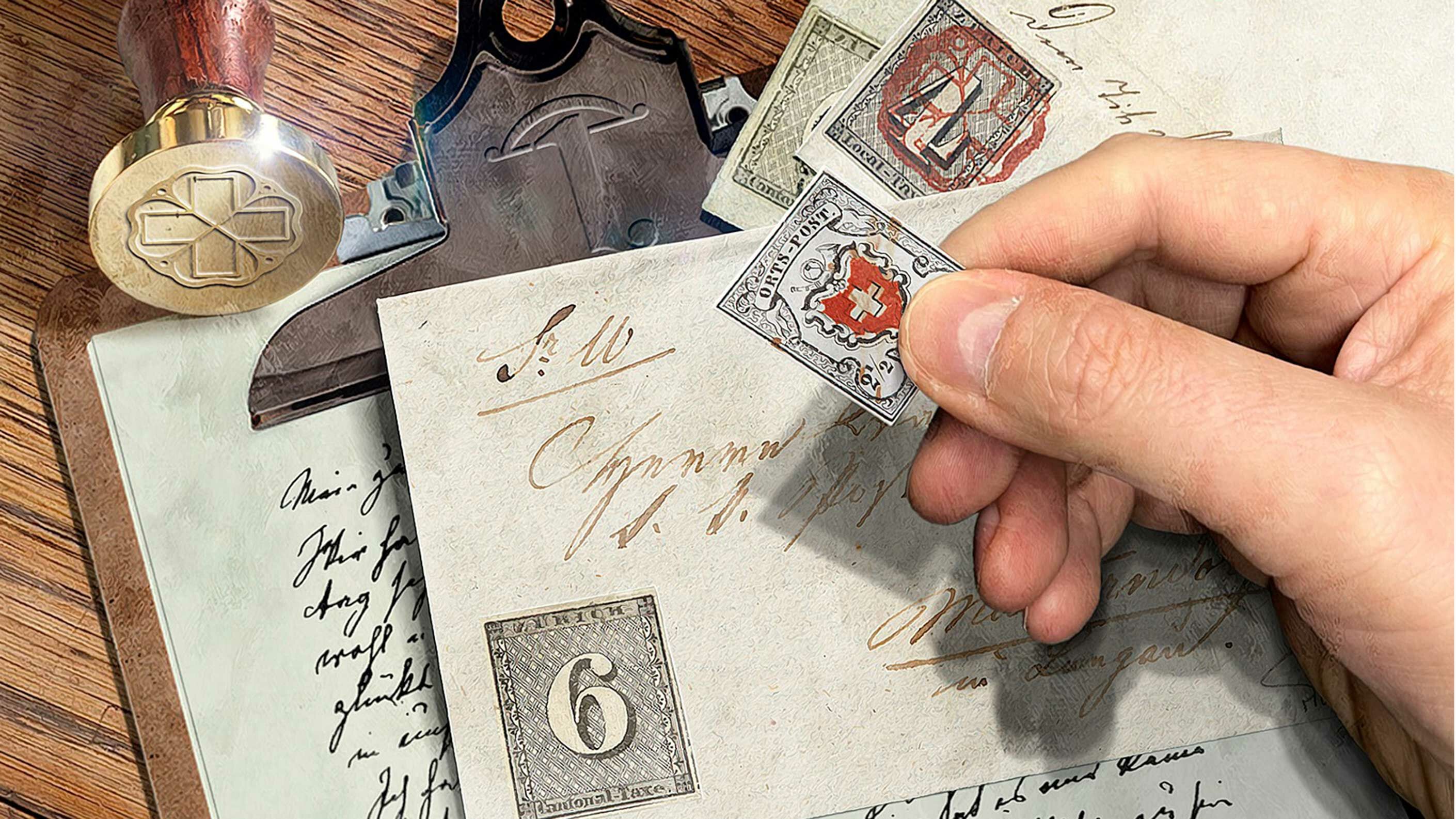 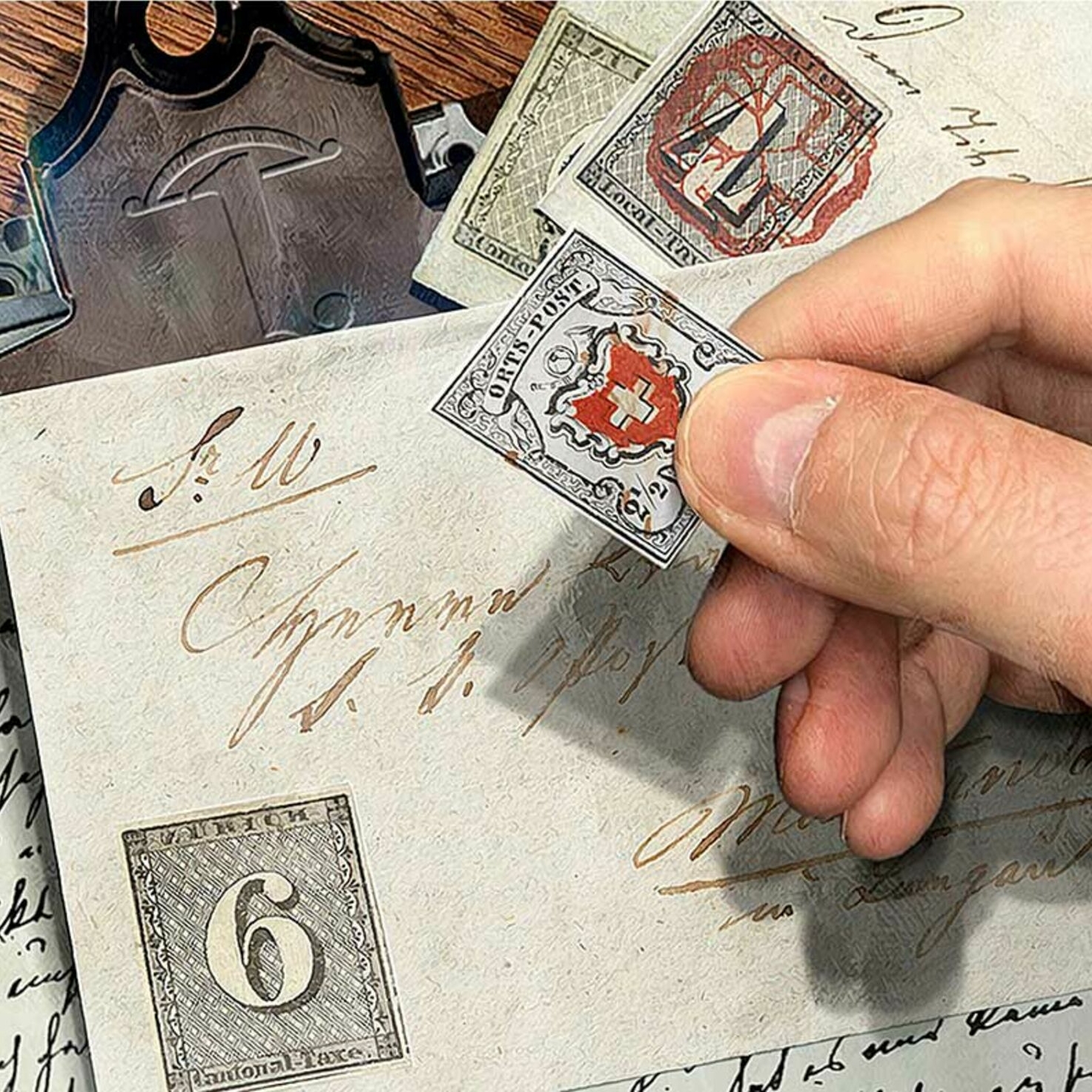 In 1850, Switzerland got its first national postage stamp. But it took a long time to persuade everyone to use it. The reason for this was, as usual, money.

In March 1843, the first postage stamps in what is now Switzerland appeared in Zurich. There were two denominations: 4 centimes for local letters and 6 centimes for items to be delivered within the rest of the canton. Zurich modelled its stamp on the penny black from Great Britain, where pre-paid postage had already been brought in in 1840.

But there was still one very important question: Who should pay?

With the founding of the Confederation in 1848, the canton’s postal system passed into federal hands. After a transition period of around two years, in 1850 the first national stamps were finally stuck on the envelopes that were sent all over the country. So far, so good. But there was still one very important question: Who should pay? The fortunate recipient of an item of mail? Or the poor old writer who had already invested such effort into words and sentences? But more on that later…

The introduction of pre-paid postage was directed by a decree of 9 September 1850. From now on, letters were only to be paid for with stamps. Before then, delivery of all types of mail used to be not only complicated, but also expensive. A messenger carried the mail, and the sender paid. The cost was calculated on the basis of the distance to be covered and the nature of the goods to be transported. It wasn’t until the 17th century that the first permanent postal services were established, mainly between larger towns. But if you lived outside these centres, it became difficult and expensive.

Local postage stamp from 1850 with a value of two and a half centimes. This stamp allowed a letter to be mailed within the local area. (Picture: Collection of the Museum of Communication)

It wasn’t until the 17th century that the first permanent postal services were established.

Which brings us back to the question of mailing costs. In actual fact, in the mid-19th century many people felt that the person who received an item of mail should be the one to pay for it. However, the recipients generally didn’t see it that way. In such cases, the letter was returned to the sender. An additional expense for the post office. In 1862 the post office finally introduced a penalty rate for unstamped mail:

For local letters with a maximum delivery time of two hours, the rate remained at 5 centimes, regardless of whether they were stamped or unstamped. This was a mistake, as the post office noted almost straightaway in its 1863 annual report: ‘It would have been preferable if prepaid postage had been applied uniformly to all letters […] as a standard rate with compulsory stamping.’

The number of unstamped letters had fallen to 32% in 1863. But the checking process was lengthy and arduous, and ultimately it cut into the profit. In 1876, the proportion of unstamped items was 6%. To bring the incorrigible non-stampers to their senses, the penalty rate was adjusted that year. Those who failed to use a stamp now no longer paid a fixed amount (5 centimes) – instead, they were charged double the amount that transporting the item would have cost. That worked.

Nevertheless, it took another few years before prepaying with stamps finally caught on with the general public, and postmen were at last able to concentrate on their main business: delivering letters.