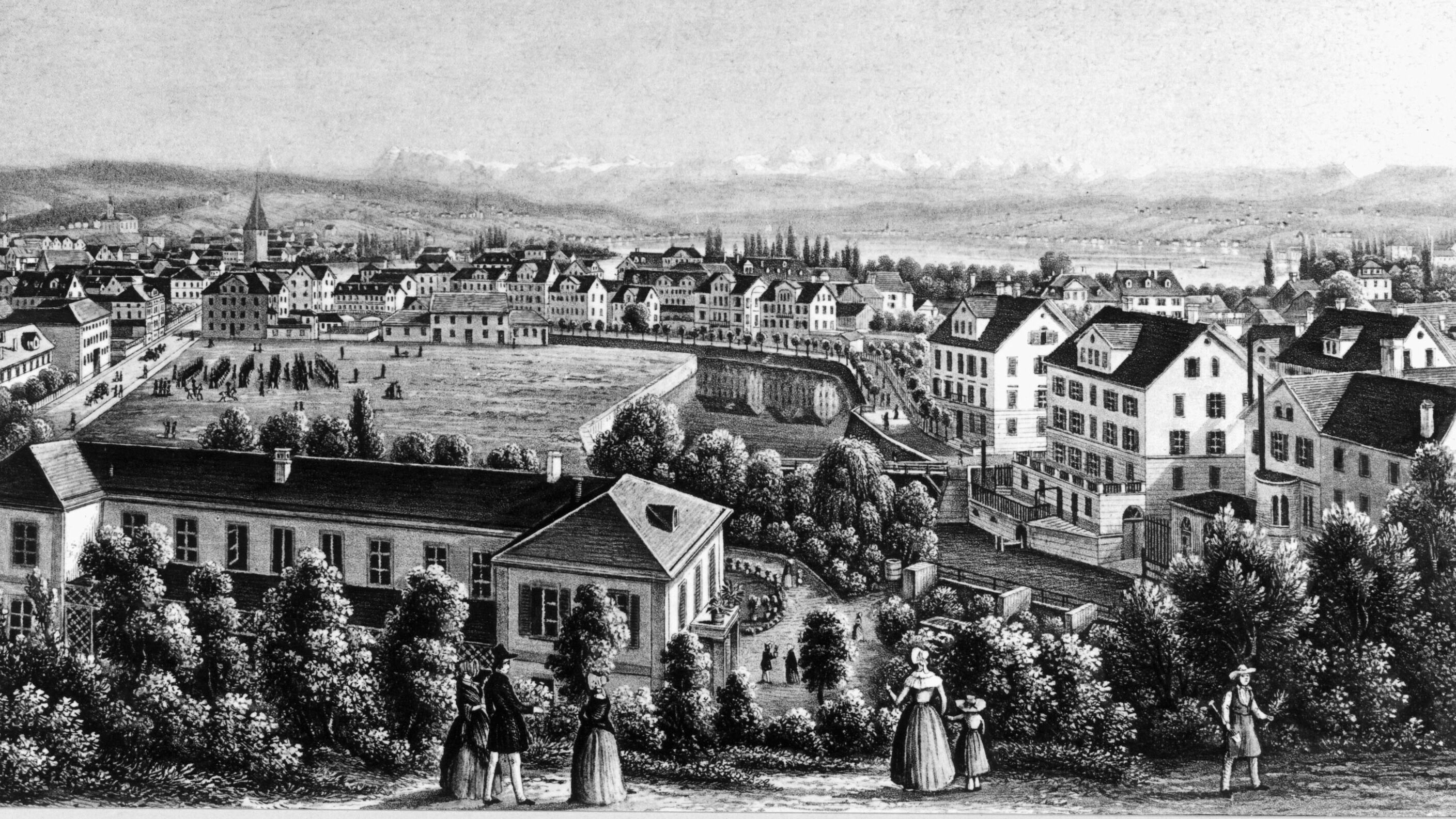 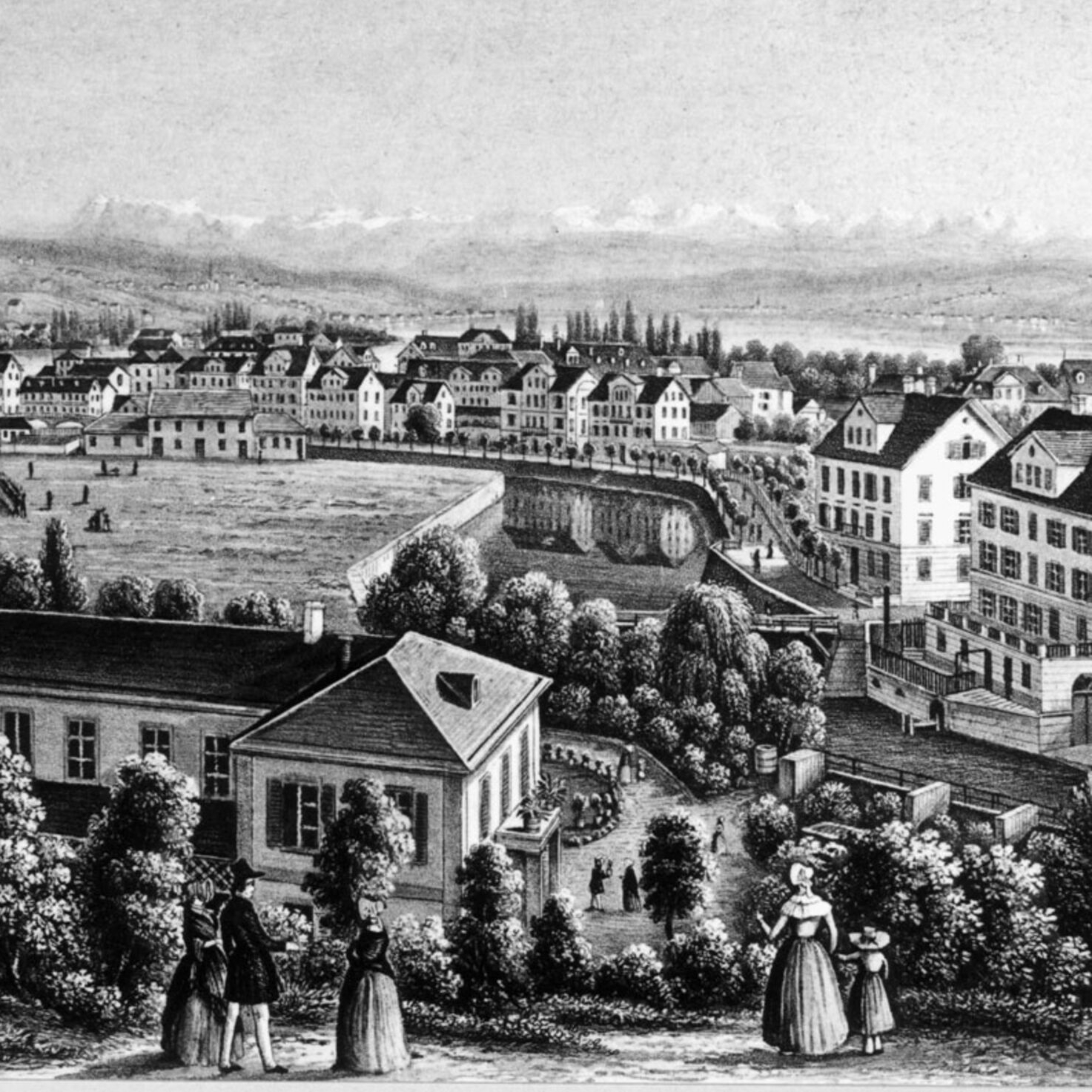 The fortifications around Zurich were a project of the century, which at the time practically brought the finances of the city on the Limmat to its knees. The structure was never of any military use.

If you want to know what Zurich looked like from a bird's eye view in the 17th century, you should look for the small northern Italian town of Palmanova on Google Maps: It lies in the Po Valley like a nine-pointed star. Zurich was once a star with many points. Except that the fortifications were not - as in the case of Palmanova - built on the drawing board as part of urban planning, but were added later. Zurich was therefore not the almost perfectly radially symmetrical bulwark city that Palmanova still is today. However, from the 18th century onwards, a series of jagged walls with moats in front of them ran around today's old town of Zurich.

The expansion of the city into a fortress seemed to be the necessary action of the time.

If Zurich is considered cosmopolitan today, it was not at the time. In the 17th century, the Thirty Years' War was raging in Europe, and it was obvious that Zurich, which had a strong Zwinglian influence, could also be drawn into the conflict between Catholics and Reformed. The expansion of the city into a fortress therefore seemed to be the necessary action of the time.

A monumental entrenchment ring with 15 prongs was created.

From the Middle Ages onwards, there was a city fortification, which had already been supplemented with additional buildings over the course of time. In 1642, however, the Zurich council decided to provide the city with a completely new fortification: a monumental entrenchment ring with 15 prongs. This star-shaped fortification consisted of numerous bastions, redoubts and ditches. For protection on the west side, the moat, which still exists today and is filled with water, was dug.

The military building was so cost-intensive that Zurich was temporarily on the brink of ruin. The expensive project aroused so much emotion that a war almost broke out because of it. For when the ongoing construction work far exceeded the cost estimate, new taxes had to be levied. As a result, riots broke out in the Zurich countryside, for example in the so-called Wädenswil Uprising. Now the building commission had to take drastic cost-cutting measures - among other things, workers were laid off. Various military conflicts also caused further delays in construction. By 1674, the work had swallowed up the then immense sum of one million guilders. Although the most important buildings were erected in 1677, the completion of the work dragged on into the 18th century. The devastating Thirty Years' War (1618-1648), which had provided the incentive for the monster project, had long since ended.

The Schanzenstern was never used for military defence.

As it turned out, the redoubts never had the military significance that would have been necessary to justify the sums invested in them. For example, the decisive battle in the French attack on Zurich in 1799 took place outside the city walls. The French army thus gained control of Zurich. In 1802 it withdrew again. The baroque Schanzenstern was never used for military defence in the 200 years of its existence.

At the beginning of the 19th century, voices were raised demanding the demolition of the clumsy redoubts. This was also because over the decades they had increasingly become a symbol of the dominance of the city of Zurich over the Zurich countryside. At the beginning of 1833, the cantonal parliament decided by a clear majority to demolish them.

The demolition of the redoubts led to an urban planning liberation.

The dismantling began as early as the following summer. However, it took about 20 years until the work was completed. The demolition of the redoubts obviously led to a liberation in terms of urban development: a lot of space was freed up to the east of the Limmat, which helped the ETH, the university and the university hospital, which were built from the 19th century onwards, to be located close to the centre.

The clearest remnant west of the Limmat: the Schanzengraben.

Today, only a few remnants of the once impressive defensive star remain. The clearest remnant west of the Limmat is a zigzag structure on the city map, the Schanzengraben. The Bauschänzli, located in the Limmat, is also a remnant of the former fortress star. But on the other side of the river, too, the former fortress lives on in street names: at Stadelhofen, for example, there is Schanzengasse, which refers to the parts of the fortress there that have now almost completely disappeared.