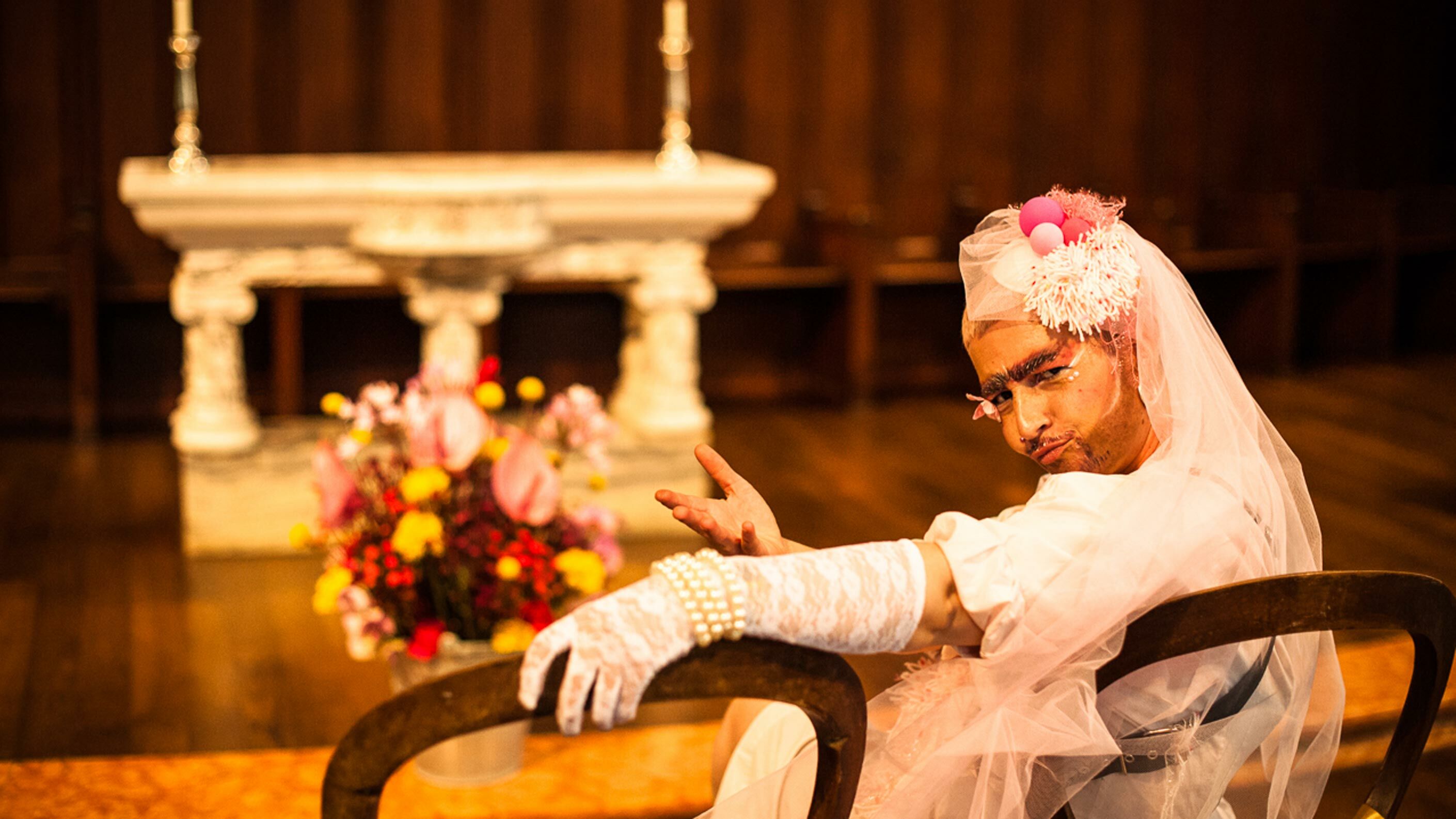 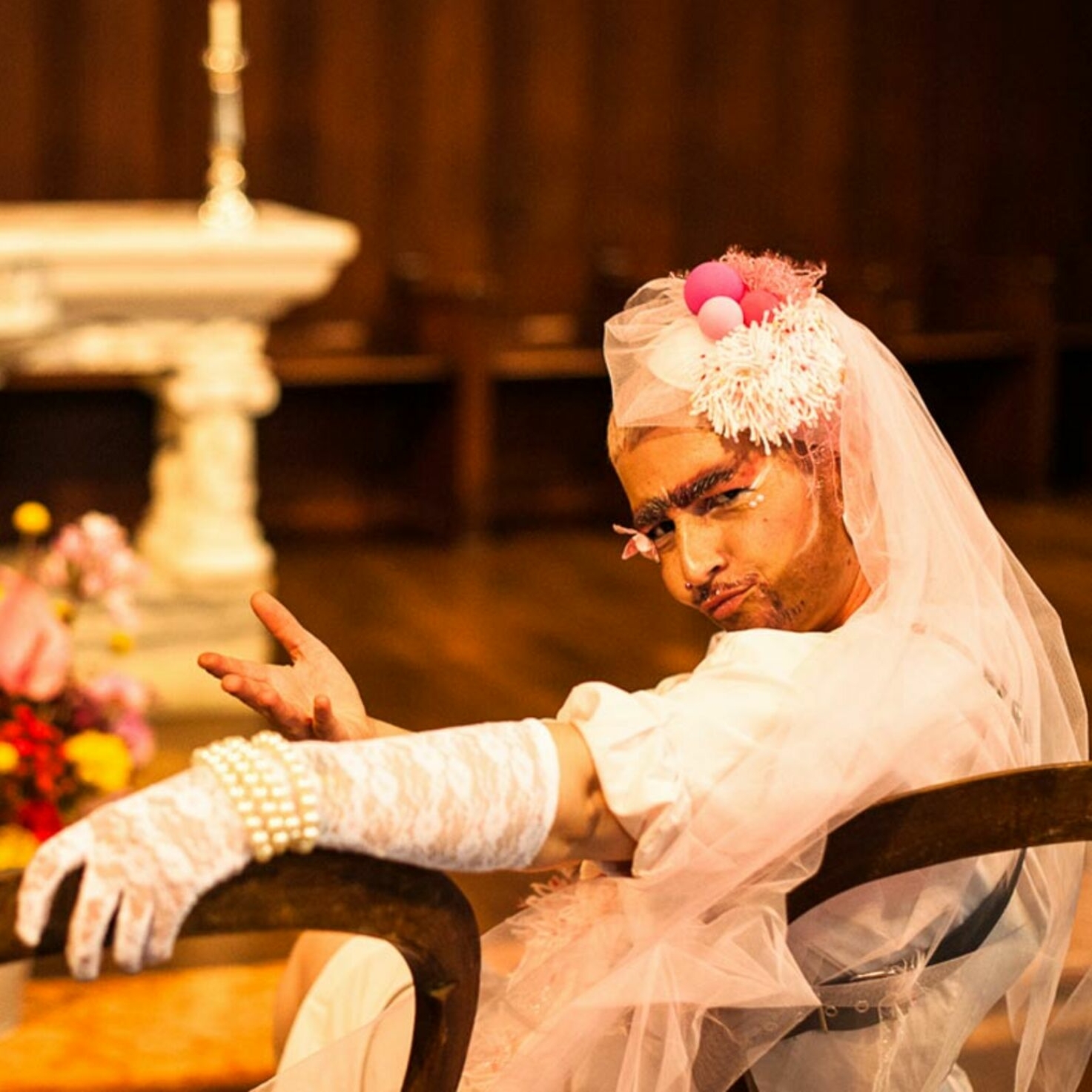 Most people know drag queens. But what about drag kings and drag quings? The group The Heart Throb Mob turns gender roles upside down and encourages others to join them.

"Love comes in many colours" is written on the screen before the camera's view pans to a church. In front of it, good-humoured people gather, each dressed in a rainbow colour and holding a celebratory balloon. They dance into the church, where Queen's "I Want to Break Free" is playing. Guests trickle in, the getting married begins, several couples say 'I do' to each other.

It is the opening scene of a marriage-for-all video that gained some attention before the corresponding vote. Behind the clip - or rather in front of the camera - are people from the Heart Throb Mob: women and non-binary people who play with masculinity and androgyny as part of a political performance.

What is less known is that there are not only drag queens, but also drag kings.

The art form of drag, to which this collective counts itself, is more familiar to many through drag queens: Mostly, these are people read as men who play with the concept of femininity as part of a performance. What is less well known is that there are not only drag queens, but also drag kings and drag quings: people who also artistically push cisnormative masculinity ad absurdum and play with gender concepts of masculinity and femininity.

While performances and events with drag queens have enjoyed some popularity in Zurich for years, drag kings and quings have been less visible until now. This is one of the reasons why the collective Heart Throb Mob was formed: "We are a loose group of queer people who got to know each other through the fact that we like to perform in drag," says Jovana Hitz aka Jo DyKing. "Drag Kings and Quings also exist in Zurich, but for a long time they were less visible and less requested for queer parties and events. The Heart Throb Mob shows: there are other forms of drag than conventional drag queens."

'We want to motivate people to try things out and deal with gender in a playful way.'

The collective not only wants more space on stage, but also lives solidarity among the performers: "Community and support are essential," says Lovis Heuss alias Justin Bellini Case. "It's about strengthening each other, being able to talk about insecurities instead of being perfect on the outside. We want to motivate more people to try out and be playful about gender." The marriage-for-all video, in which some of the Heart Throb Mob took part, is just one of the projects of the collective, which is meant to be a platform for small and big drag ideas.

Meanwhile, the political aspect goes far beyond this vote: "Drag questions norms. As soon as what is socially given is questioned, it is a kind of revolution," says Jovana. "Drag can make queer, alternative worlds that are more inclusive and diverse, critiquing societal rules." "And drag is also just mega fun," adds Kathrin Brogli aka Luke Lovehandles. "The joy of playing is even greater in the group. We can - besides the political aspects - dress up, play, explore different sides of ourselves."

In other cities and countries, the scene of drag kings and quings is very much alive.

The collective hopes to create a space for people who want to try out drag themselves and possibly also deal with their own gender. But the Heart Throb Mob is not inventing anything new: in other cities and countries, the scene of drag kings and quings is very much alive, Jules Manning aka Tallboy also reports. "I started drag in Vancouver, Canada, and there the scene has been very lively for decades, with monthly parties among other things." The Heart Throb Mob takes this liveliness as its model. And dances in rainbow colours for diversity within and outside the drag scene.

'I can only give such an interview anonymously'