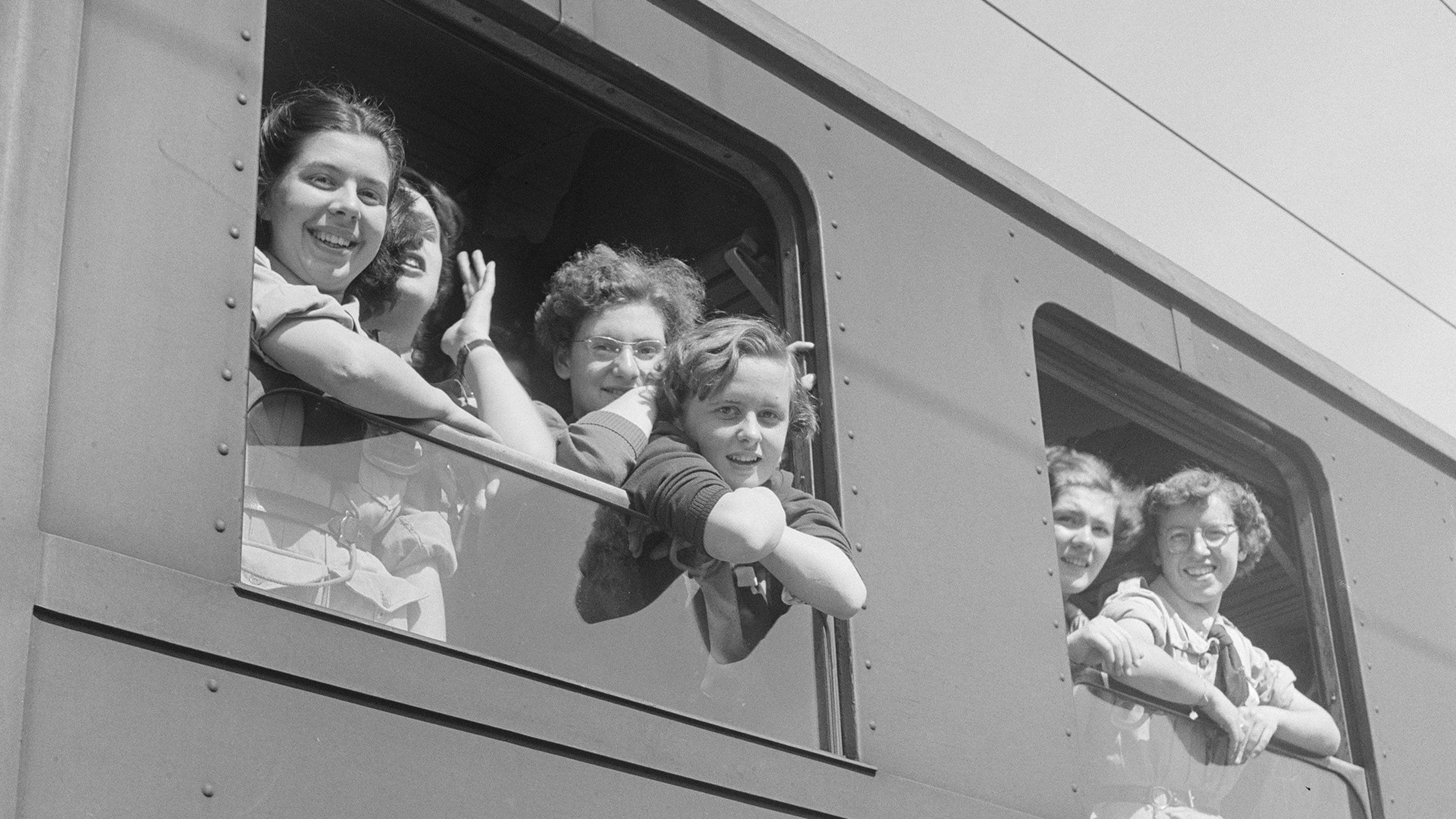 The Italian girls of Migros

With the ‘Trentino Promotion’ launched by Gottlieb Duttweiler, a first wave of young Italian women took up positions in Swiss households in 1946.

Beginning in summer 1946, thousands of young women set off from war-torn Trentino to take up employment as housemaids to Swiss families. They were called Bruna or Laura, Alessia or Silvia, they were 18 or 20 years old, and they came from large families. For all of them it was their first trip abroad, away from the poverty of their villages − to a foreign country that awaited them eagerly. Each week throughout that summer, trainloads of ragazze made the journey to Chiasso and travelled on from there into every region of Switzerland. On 22 August, 127 serving girls were delivered, with another 120 on 29 August, and on the same day the departure of 40 girls to work on farms was also announced. The trains carrying all these domestic servants were organised by a representative of Migros who worked in the Hotel Grande-Albergo, Trento. His client was the Federation of Migros Cooperatives (Migros Genossenschaftsbund) in Zurich.

The promotion was a runaway success.

In 1947, the Basler Woche newspaper published a caricature of Gottlieb Duttweiler as a white slave trader. (Photo: Historic company archive of the Federation of Migros Cooperatives (Migros Genossenschaftsbund))

Gottlieb Duttweiler, who had a hand in numerous ventures throughout his life, had come up with the idea of this ‘direct import’ of young women from northern Italy shortly after the war ended. In the offer he called the ‘Trentino Promotion’, large families could order a young Italian woman from Migros. The promotion was a runaway success. In the first few months, the recruiters could barely keep up with the demand for orders; meanwhile in Zurich the Migros head office basked in its success, and in the Brückenbauer newspaper full-page reports were published about this good deed: ‘It is most gratifying that we have been able finally to provide support for those overburdened housewives in the countryside, large families and small guesthouses, who have for months and years been looking in vain for a domestic servant.’

The young women entered Switzerland via Chiasso, and from there they were farmed out to their new jobs. (Photo: SBB Historic)

From now on, the Migros family included a Maria with curly black hair. In the promotional film ‘Familie M’, which Duttweiler had produced in 1947, the mother declares to her neighbour friend at Sunday lunch: ‘You know, we also got Maria from Migros,’ upon which the neighbour muses to himself, with a captivated look into the camera: ‘Yes, I’d be glad of one of those Tschinggeli right now − my wife is on holiday.’

Agnese from Civezzano was one of those ‘Tschinggeli’. ‘It was necessary,’ she remembers: ‘We were a povera famiglia. I had eight siblings. We were poor. Our mattresses were stuffed with corn husks. I was the eldest, so I went. There were a lot of us. We came from every village, all recruited by Migros. All we knew was that in Switzerland, signori who needed a ragazza were waiting for us.’

Italian women working as farm hands in a Swiss village. Photo taken in 1950.

Agnese was on the order list for Zurich, at a monthly wage of 120 francs. At the main railway station, the girls from Trentino were met by Migros staff and women from the station’s assistance service. ‘The train was full of women. Someone with a list herded us like a flock of geese into a waiting room, and the Svizzeri were waiting for us there. We were advertised like goods: Agnese likes children, she can cook and she’s hard-working. Who wants Agnese? My suitcase was practically empty. I had only a shirt from my mother. My Padroni then dressed me: shoes, a skirt, and an apron. I went to Switzerland at that time because it was absolutely necessary for us.’

Between June 1946 and February 1947, Migros helped around 3,000 Swiss families find a home help from Trentino. It was actually meant to be 5,000, but the Italian authorities decided, under pressure from the unions, to put a stop to the unregulated recruitment of workers. In June 1948, Italy and Switzerland signed the first joint Agreement on the recruitment of Italian workers.

The blog of the National Museum Zurich regularly features exciting stories about the history of Zurich and Switzerland. Our reading tip: The floating bridge on Lake Zurich.