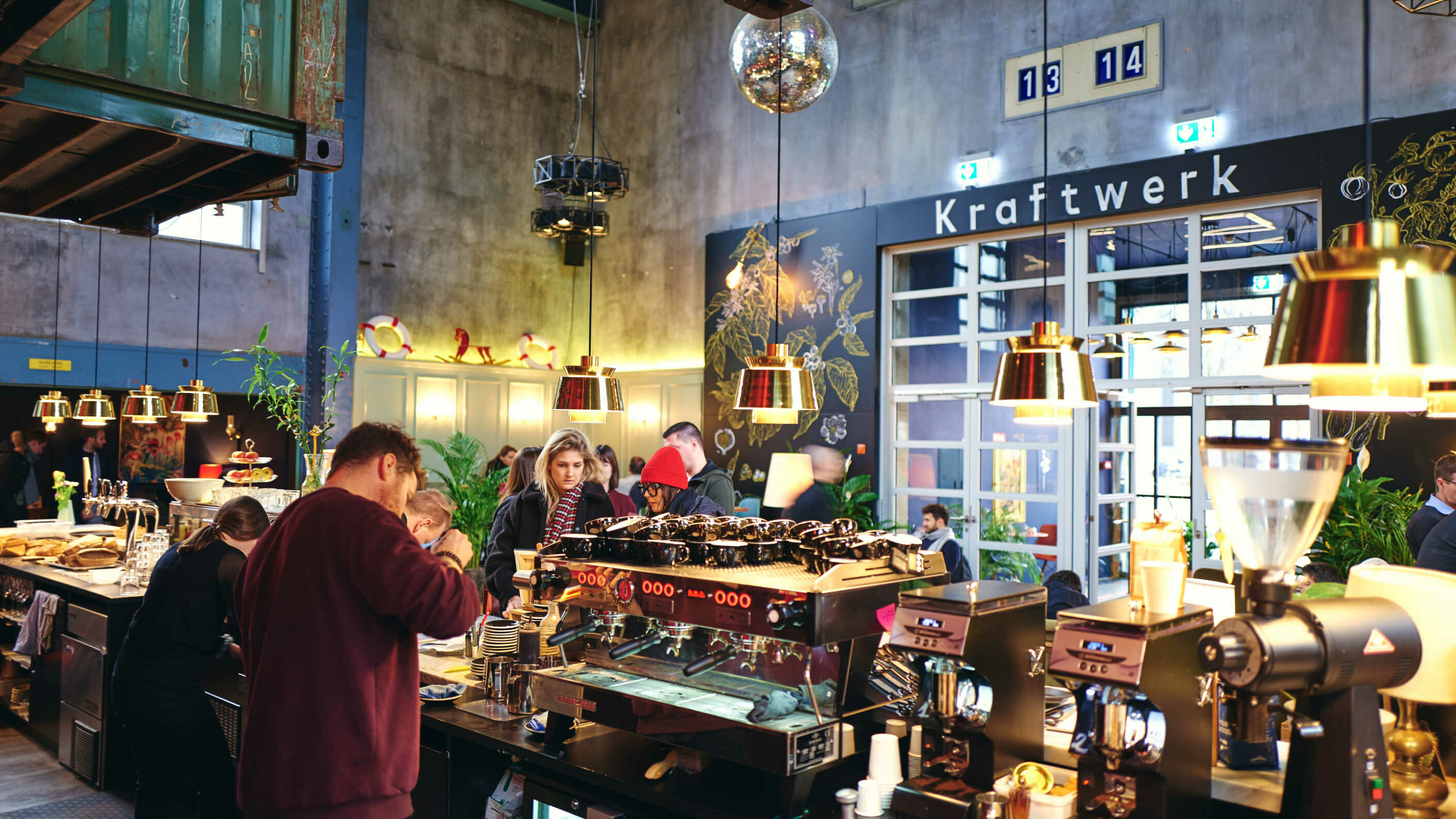 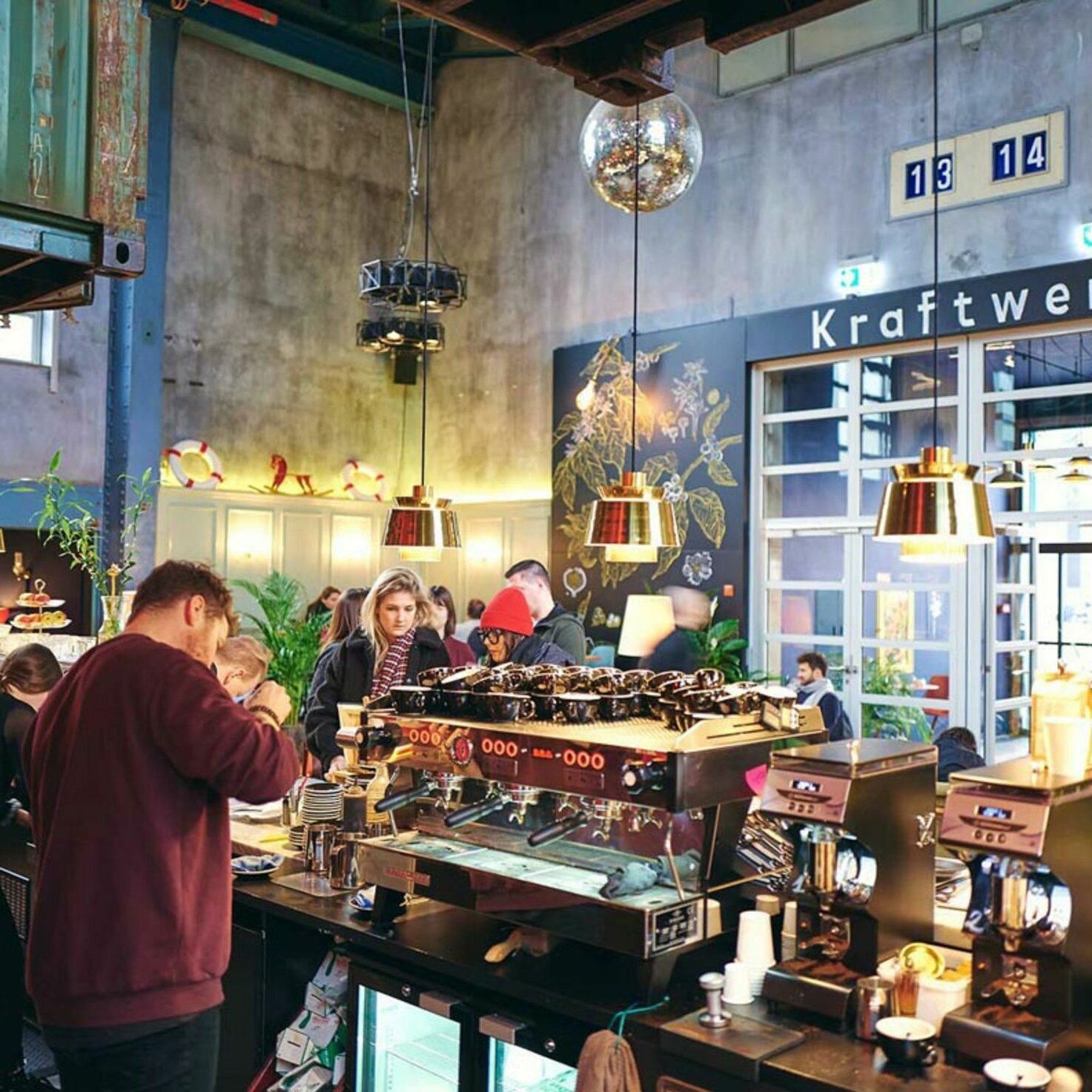 'We Swiss are loyal souls when it comes to pleasure'

Peter Jauch is organising the first spirits festival under the brand "about spirits"@Kraftwerk together with Michael Bischoff on 12 November. Jauch is known as Swiss Mister Gin and as the organiser of the "GIN Erlebnis Festival". A conversation about his upcoming event, about the drinking habits of the Swiss and about the latest trends in the drinking scene: whether it's mezcal, rum or non-alcoholic gin and tonics.

Peter, the location of the Kraftwerk is a co-working space during the week. Why is this location nevertheless perfect for the upcoming event?

The operators of the location have succeeded in creating a living room atmosphere. You simply feel at home. As a result, a wide variety of people meet here every day. For me, the Kraftwerk stands for a successful transformation. Many good ideas are born here every day. I have a friendship with Michael Bischoff, the co-manager of the place. And not to forget the location: right in the heart of the city of Zurich. Perfect!

'Entire houses are driven around Switzerland to inspire visitors.'

Why are you starting a new festival at this time?

We've had the concept in the drawer for a year and a half, and of course we could push it even further back. We didn't want to. We decided a fortnight ago that we would do the festival. Of course, we talked to the most important spirits producers and importers in Switzerland beforehand. After all, we want to offer visitors an interesting line-up. We can reveal this much: entire houses will be driven around Switzerland to delight the visitors.

What can visitors look forward to?

Before entering the Kraftwerk, guests are greeted by the smell of fresh Pinsa. Next to the Pinsa oven, the makers of Bern's Tom's Tonic offer "Hot Gin Tonic". For this, they have put on extra shifts in order to bring enough syrup with them to Zurich. In the bar area, another food offer awaits the guests: Matteo Trivisano from Frisk Fisk prepares his legendary salmon bagels fresh. Brand worlds will be created in the former shipping containers and there will be a spirits market in the event area. A DJ rounds off the experience for visitors.

'Habits are slow to change.'

Be honest, you've been focusing on gin for the last few years. Some media have proclaimed you a gin guru. How is it that you are now turning your back on juniper?

I'm not going rogue on gin. Even before the last edition of the Gin Erlebnis Festival, spirits producers approached me that they would like to see a broader event. Then I looked at big spirits events in Hamburg and Munich and realised that such crowds could never be mobilised for spirits in Switzerland. Then I started looking for a location. And of course gin will also play a role at "about spirits" @Kraftwerk. After all, it is still the trendy spirit of the Swiss.

You're talking about trends. What makes it into the glasses of the Swiss besides gin?

We Swiss are loyal souls when it comes to enjoyment. Habits are changed only slowly. On the one hand, this gives existing brands and genres a great deal of predictability; on the other hand, it takes longer for something new to catch on. If we take the gin boom as an example: In Switzerland, it came six years later than in Germany. And it is still not as diversified as in our big neighbouring country. To come back to the question: Vermouth is slowly catching on with guests, mostly in combination with tonic. Rum and mezcal, which have been said for years to be the next "it" drink, are gradually making it into the glasses of us Swiss. Whisky connoisseurs are also slowly changing and becoming younger again. And last but not least, a young genre is managing to enchant us - non-alcoholic distillates.

'Whether the non-alcoholic gin and tonic has to taste the same as its alcoholic counterpart, I doubt.'

Alcohol-free distillates - what do they mean?

There are different approaches depending on the producer. Internationally, the founders of Seedlip were the first, later Rheinland Distillers started with Wonderleaf. Here, the founders of Rebels 0.0% got off to a very good start. More and more people don't want to drink alcohol, for example. And that's exactly where alcohol-free alternatives provide a remedy. Whether the alcohol-free gin and tonic has to taste the same as its alcoholic counterpart, I doubt. After all, one of the most important flavour carriers - alcohol - is not processed. I like to compare it to vegan food - it tastes good to me, but I don't need vegan sausage. Either it tastes good or it doesn't. It's the same with non-alcoholic drinks - it doesn't have to be a gin and tonic, but something that's delicious on its own.

Are there also exhibitors at "about spirits" who present non-alcoholic distillates?

Not yet this year. But anyone who wants to enjoy a non-alcoholic drink is welcome - the bartenders on hand will conjure up something suitable.

Do you also show your products?

No, I will never use a platform like the "about spirits" to put myself in the foreground. Michael Bischoff from Kraftwerk and I are joint organisers. But in fact I have one or two products in the pipeline. Both are alcohol-free. Talks are underway with well-known organic supermarkets.

For some time now, you have been organising "infused dinners" in which you work together with different chefs. Is there anything planned for the Spirits Festival?

That's exactly what we offer on Friday evenings. The chef of the Kraftwerk is currently putting together the menu. We hope for many bookings. The 4-course menu including drinks costs 139 francs. Dinner guests have free admission to the festival on Friday evening. And to guaranteed exciting experiences in the world of spirits.