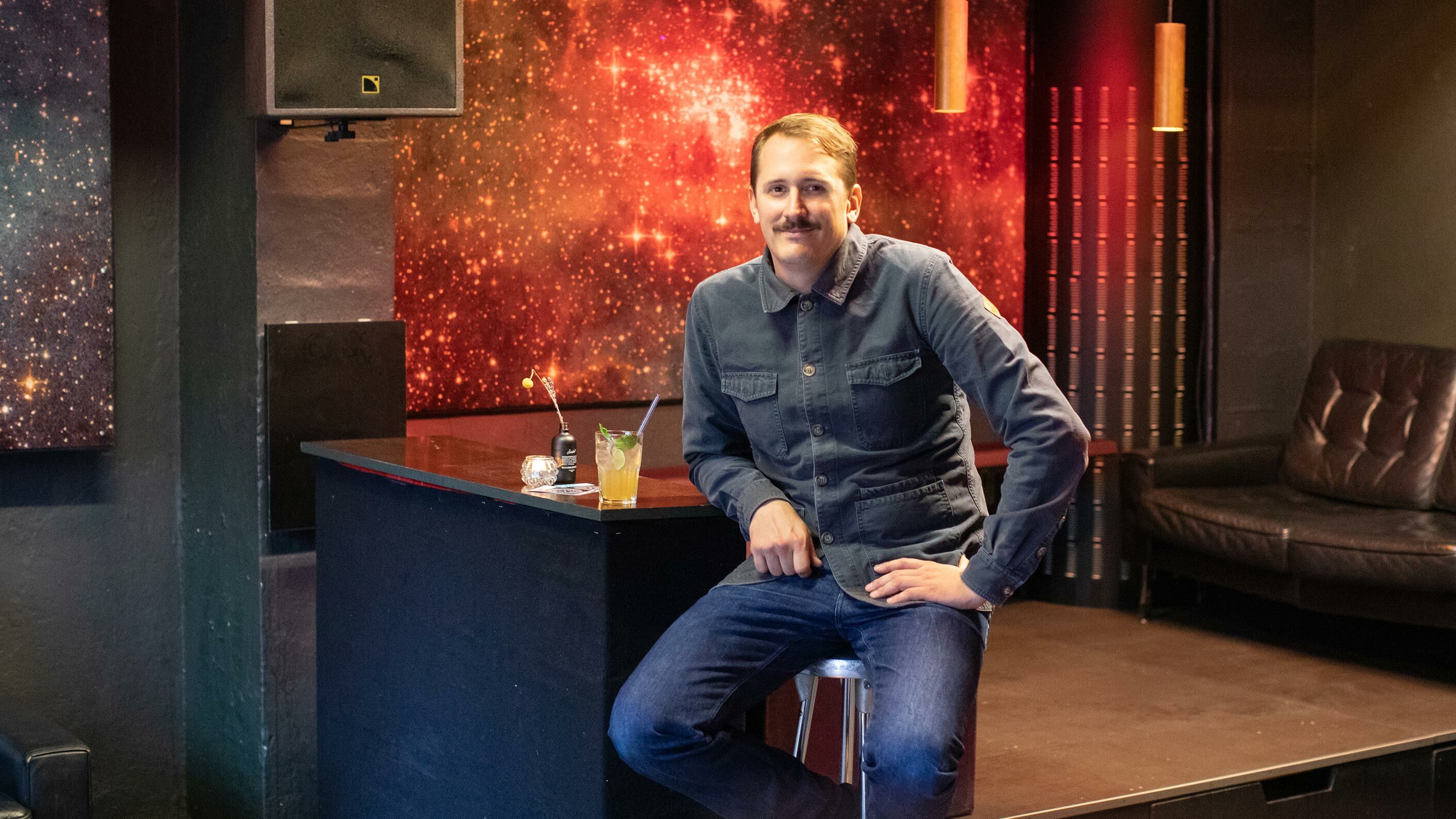 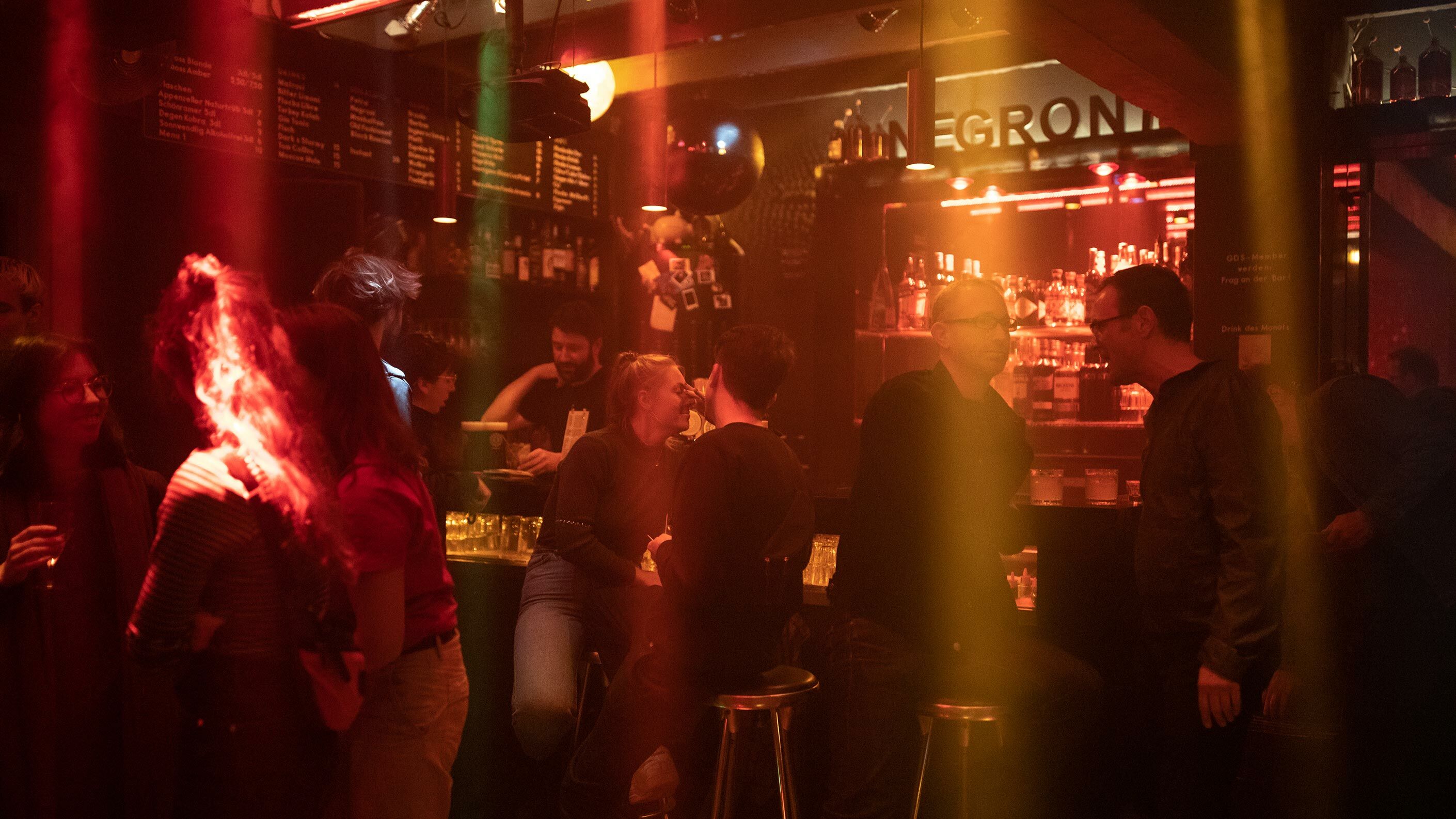 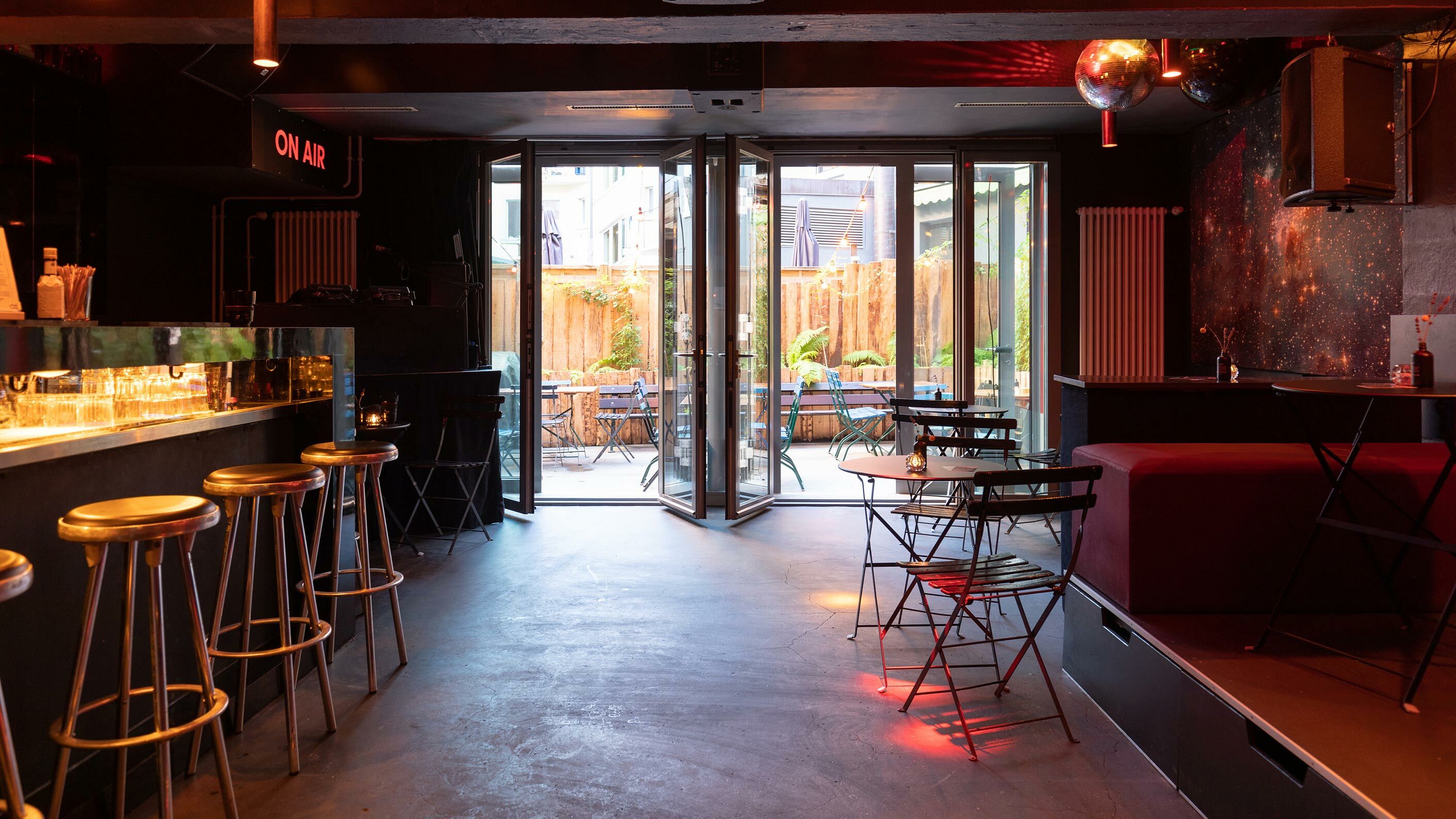 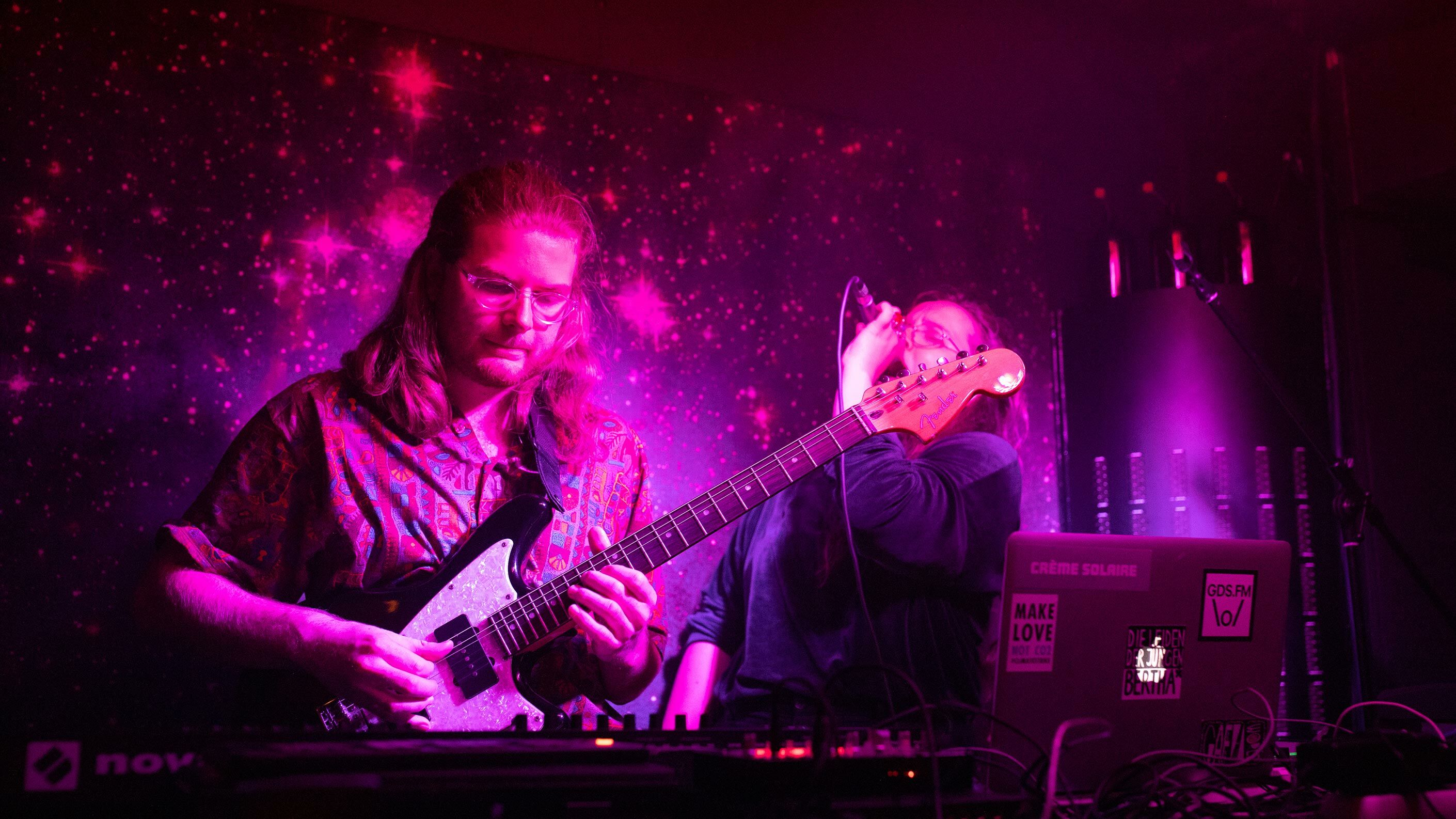 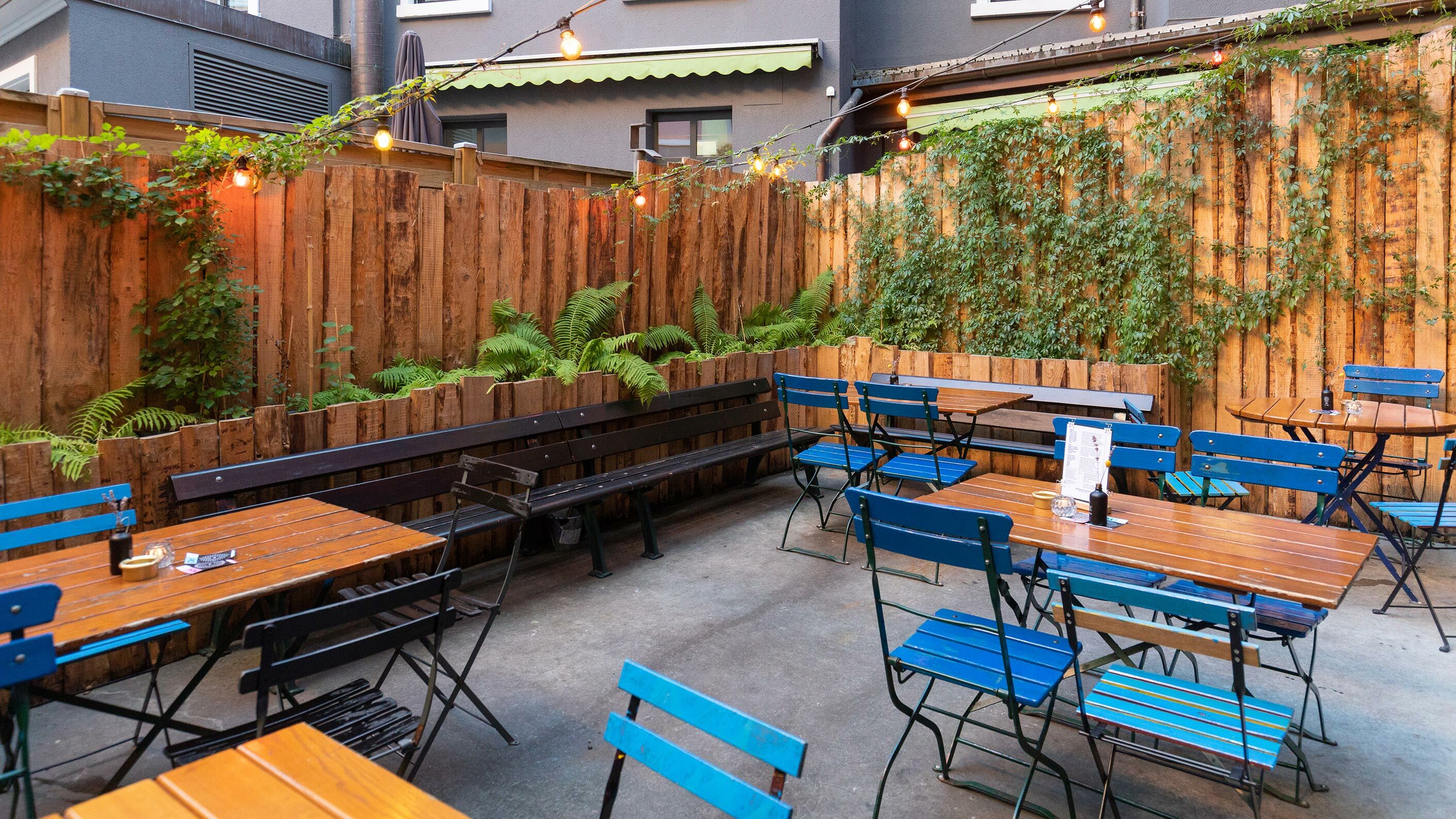 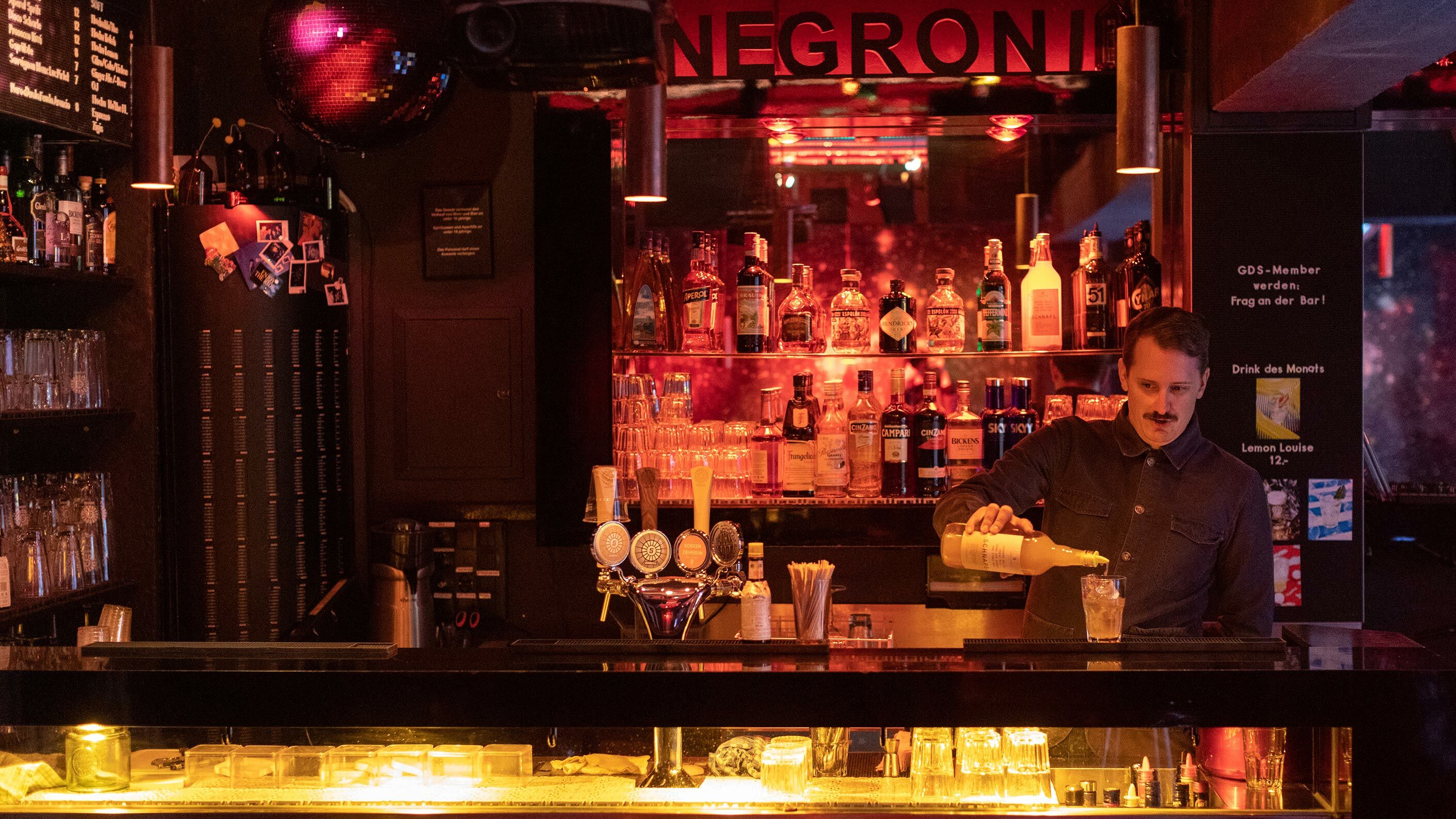 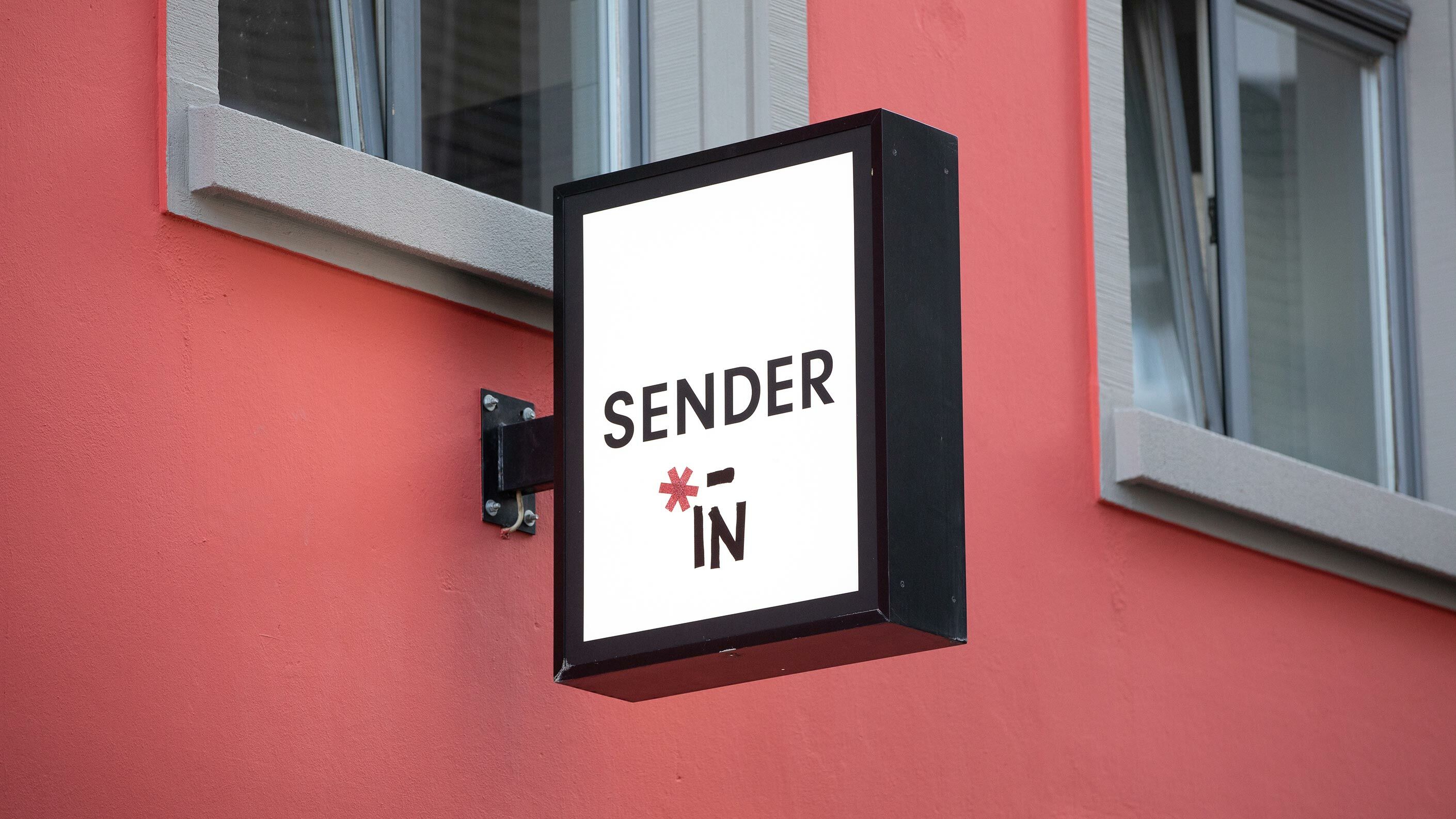 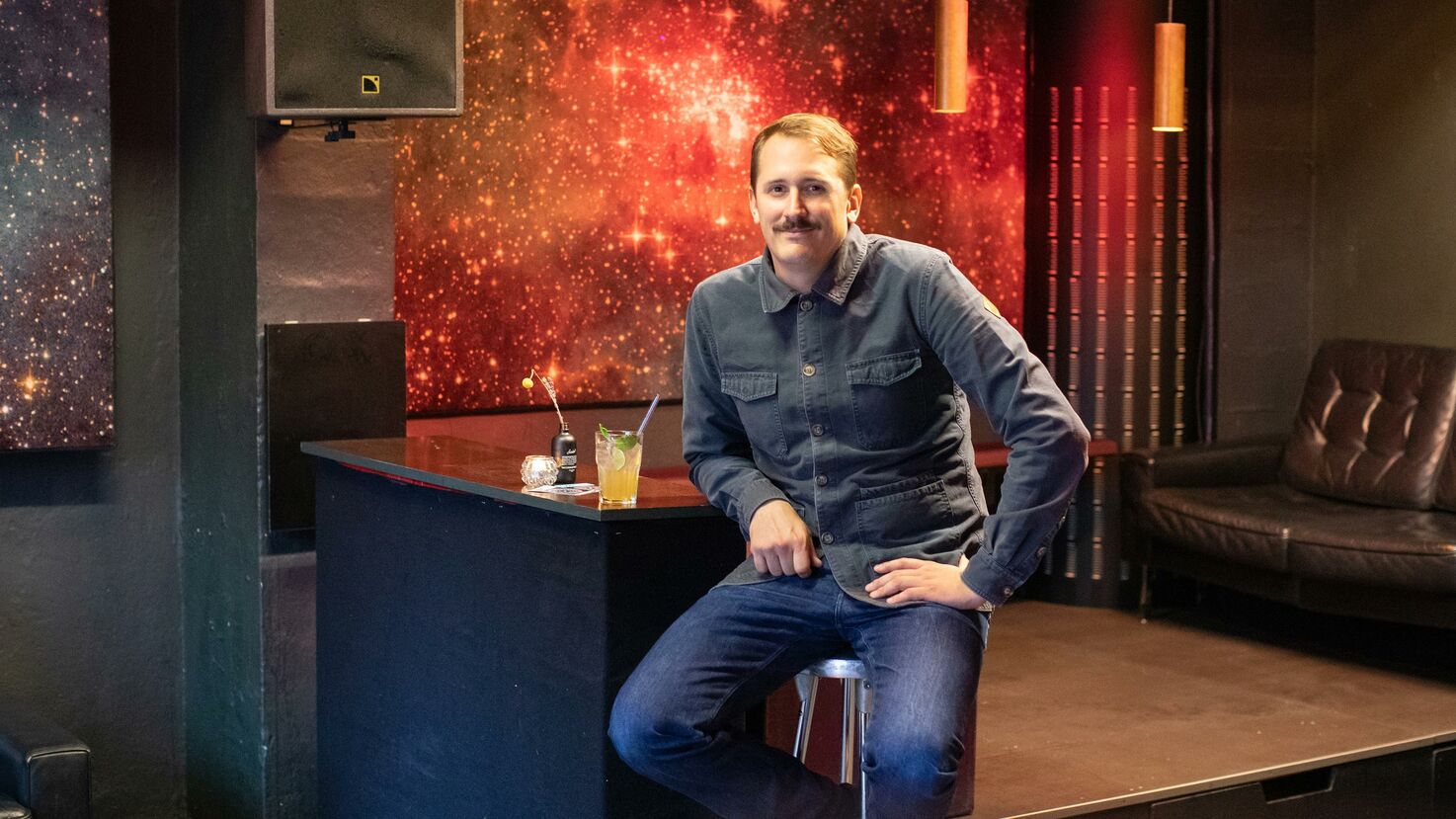 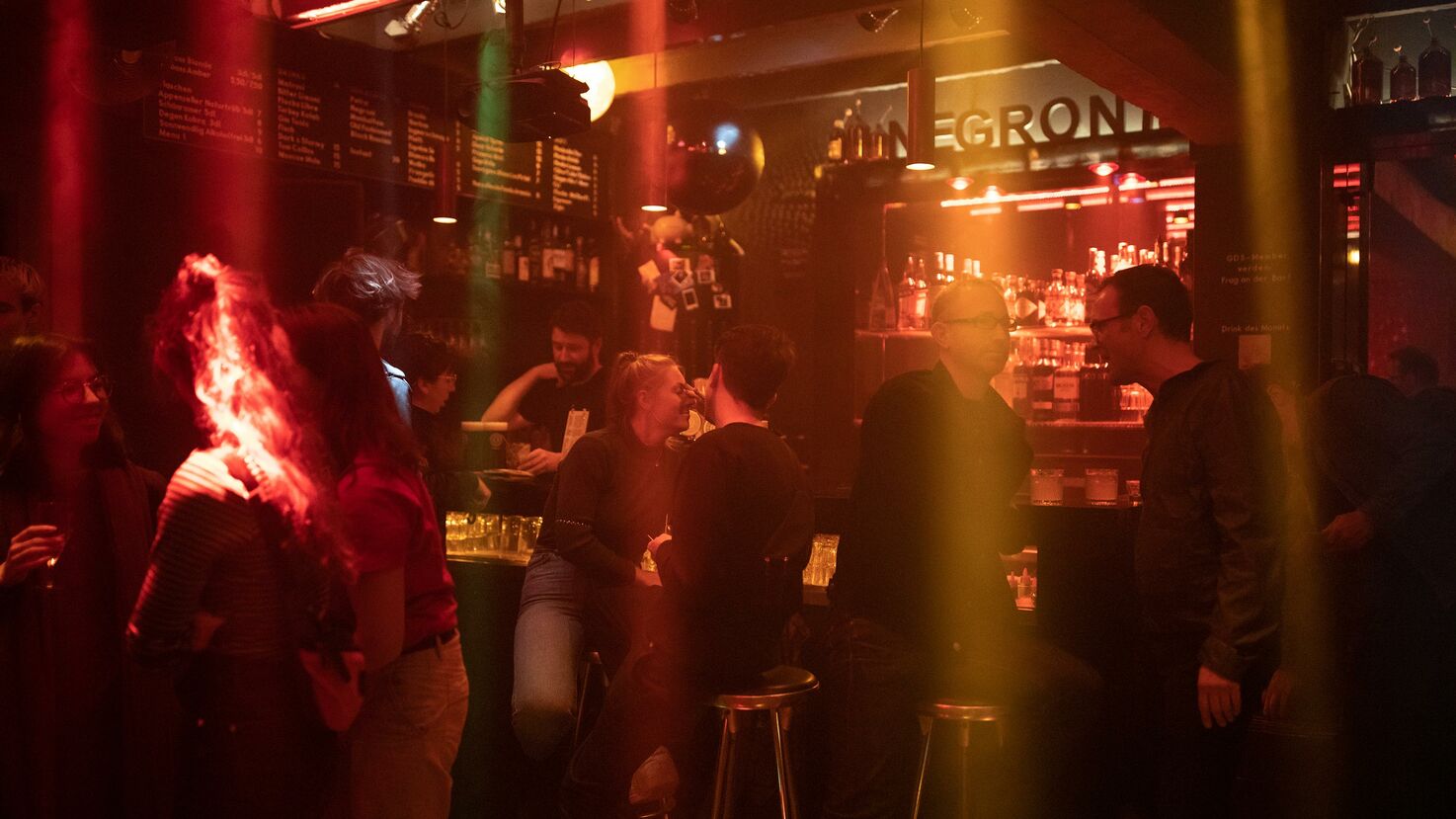 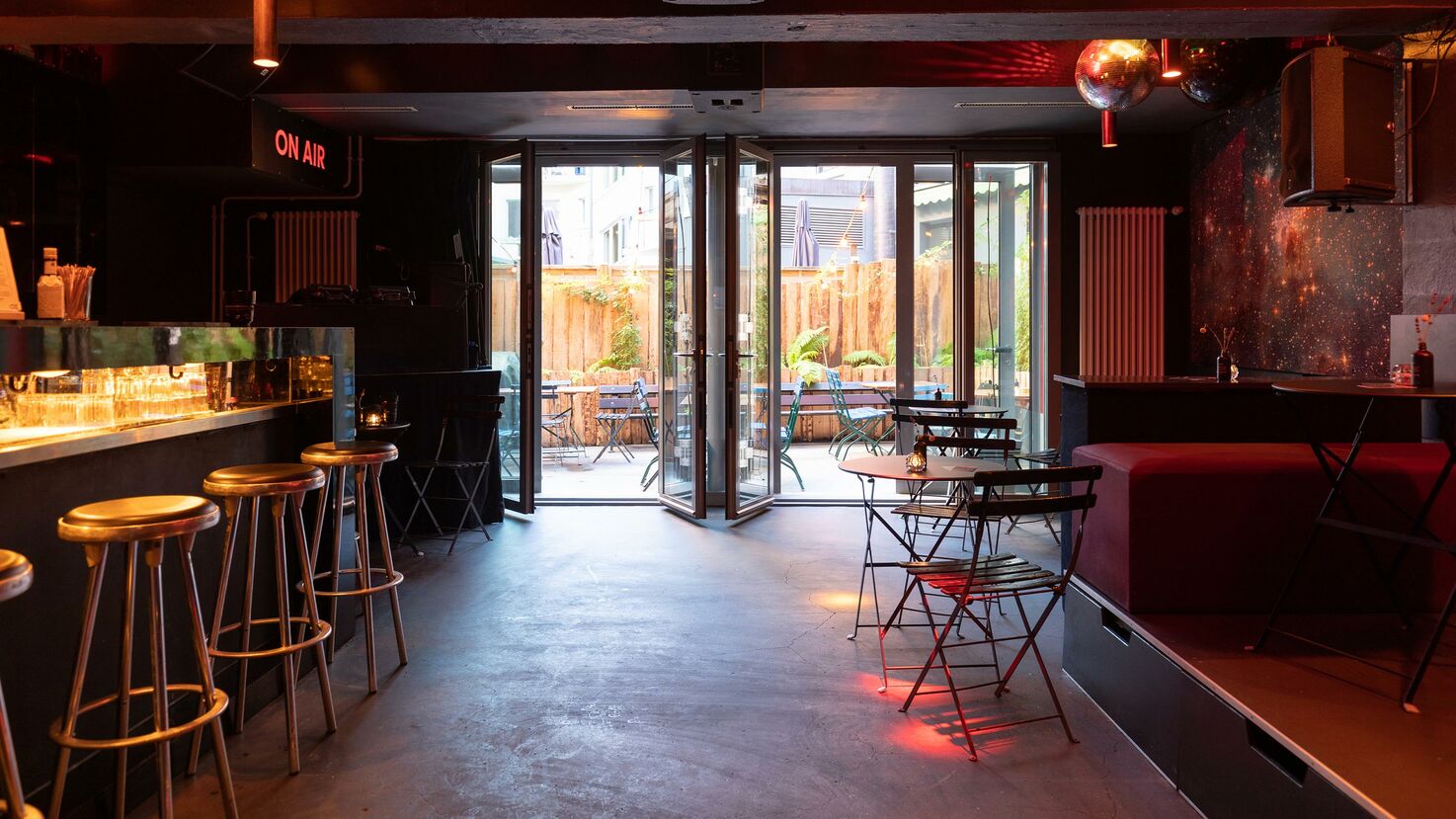 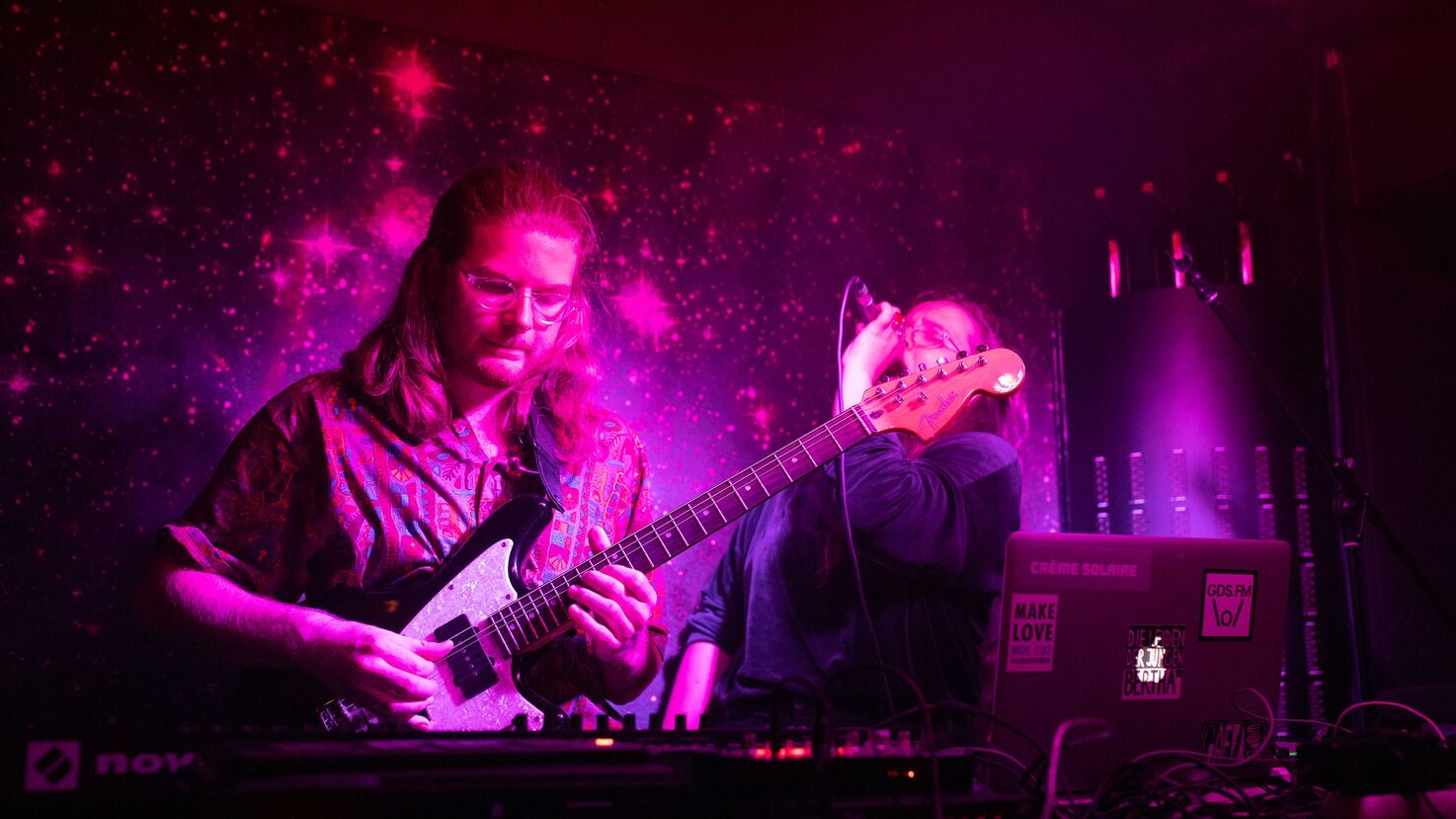 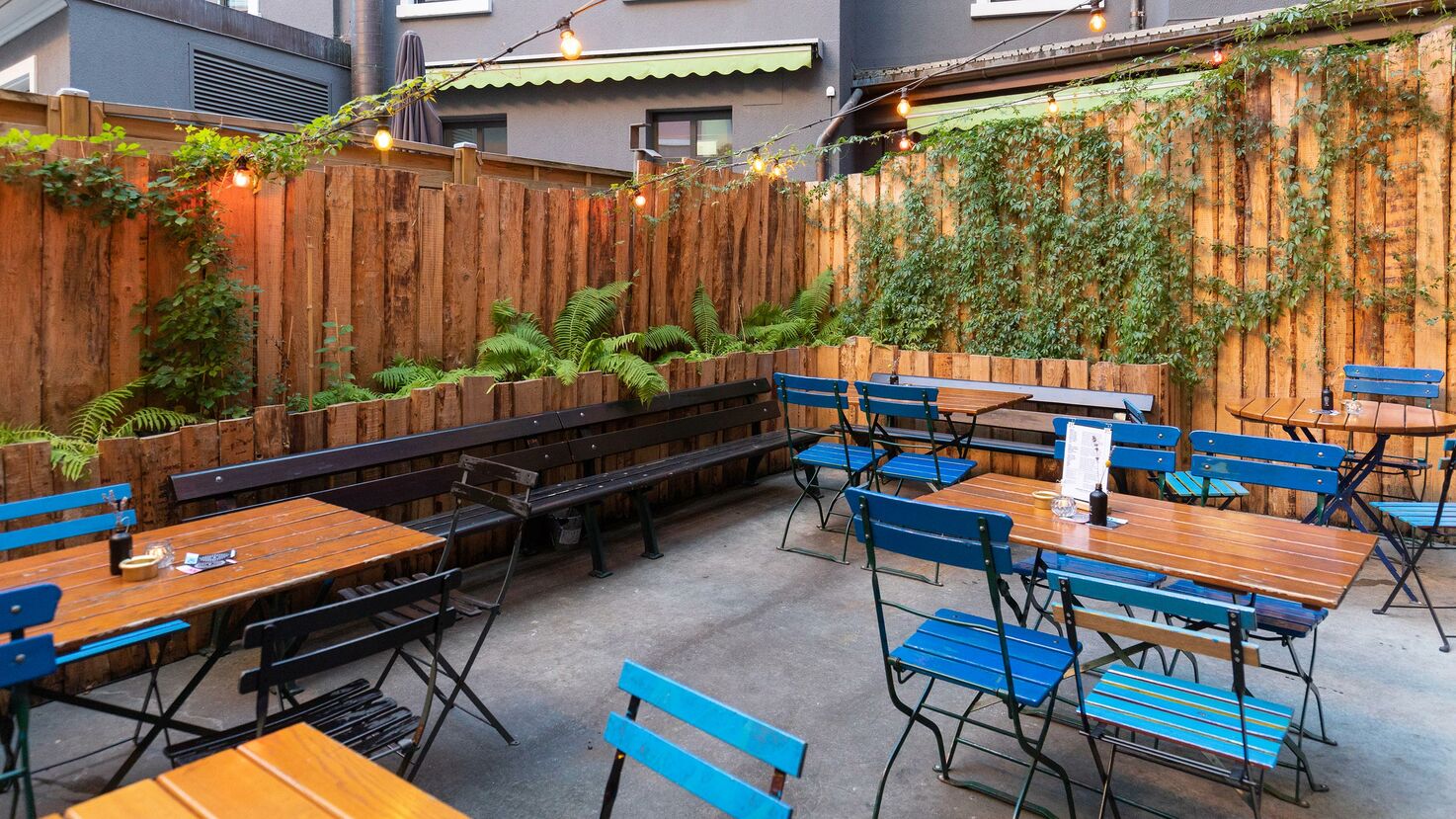 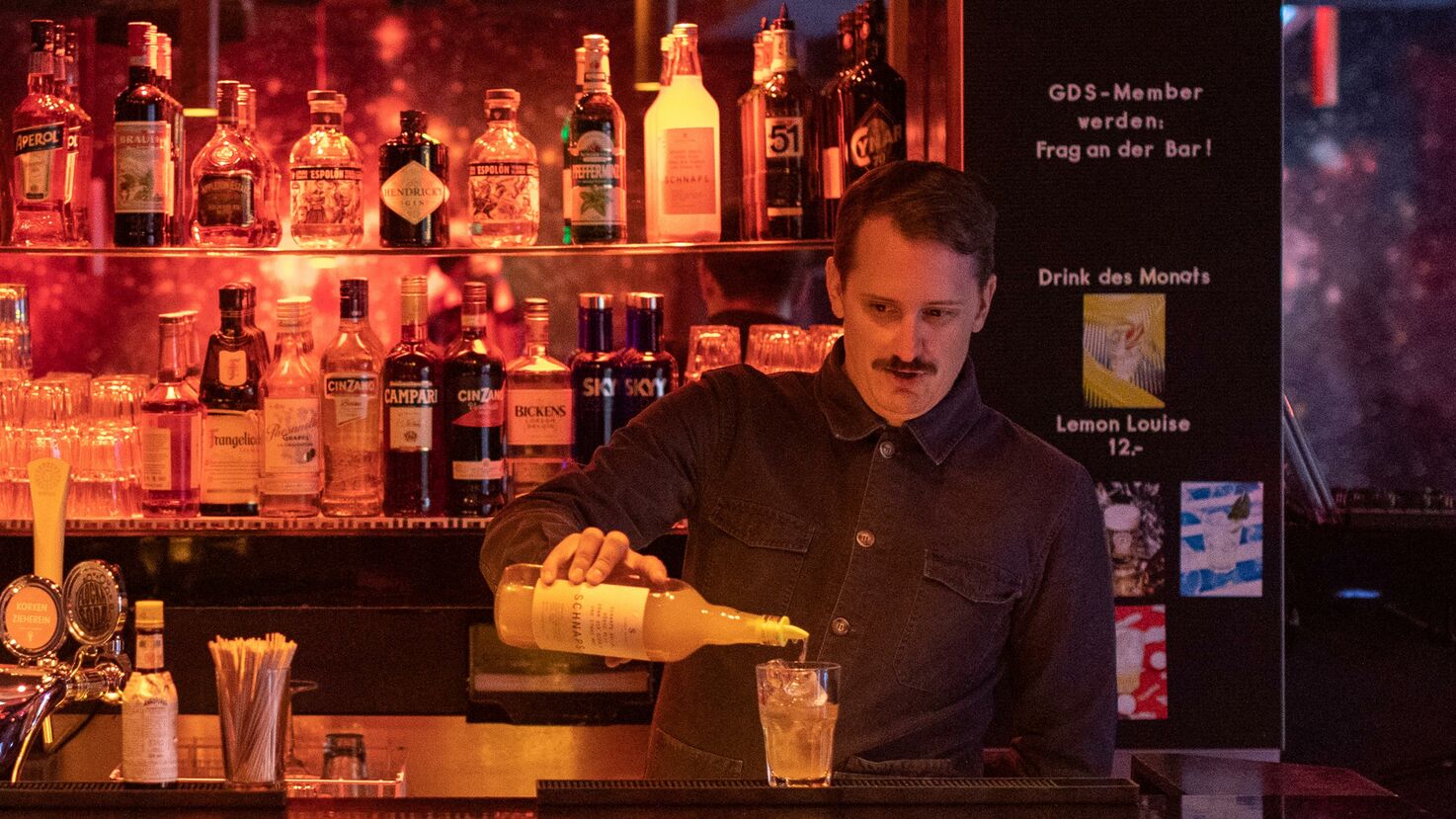 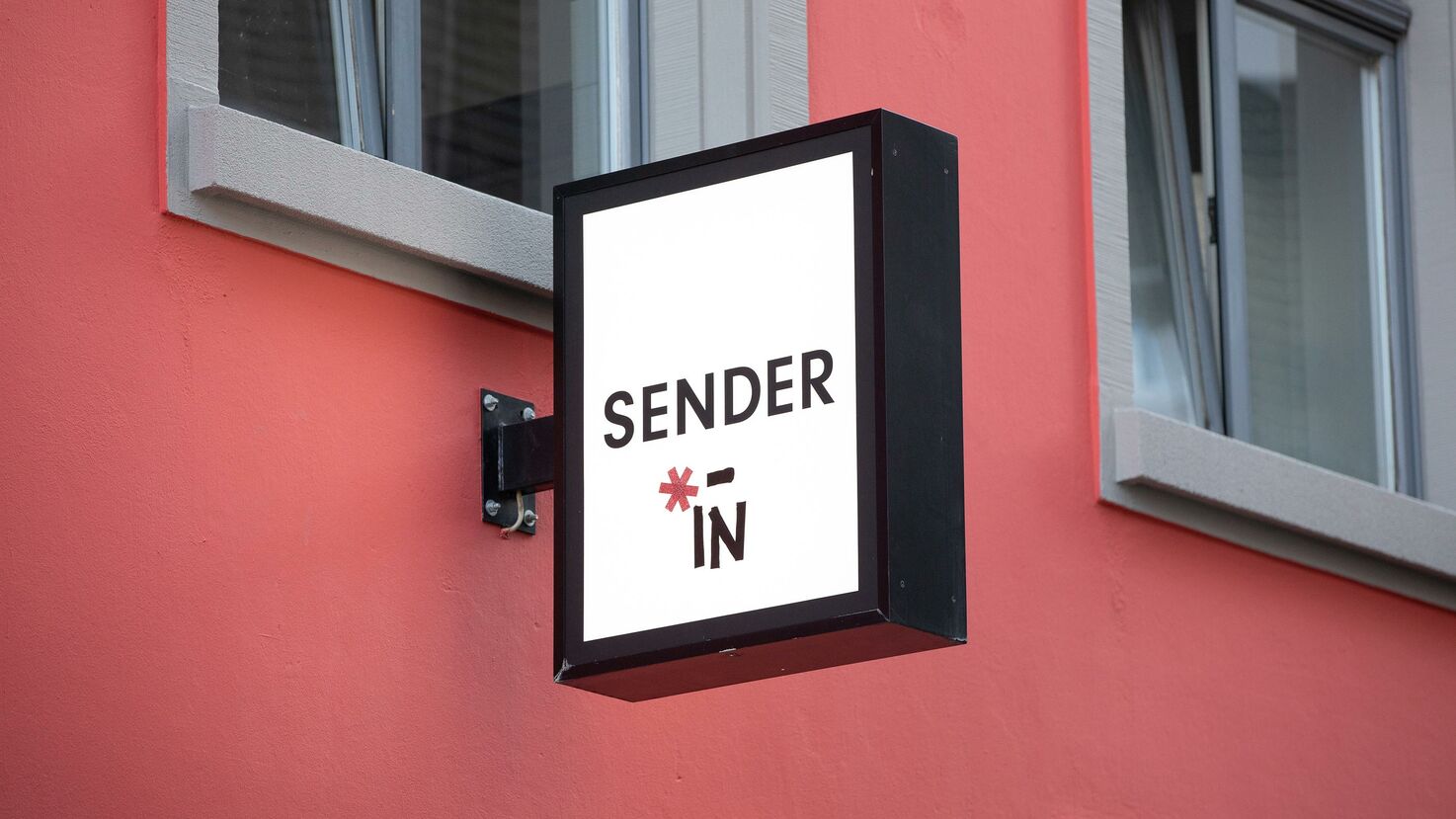 Christian Gamp runs Sender, a symbiosis of club, bar and radio station that is also the home of alternative broadcaster GDS.FM.

Sender is where Christian Gamp and his team produce the programmes for alternative radio station GDS.FM. The venue is a magnet for music-lovers who are not interested in mainstream hits but are keen to explore a range of different genres.

The entrance to Sender is a mirrored glass door. Once inside, you find yourself in a space that acts as a bar, club and a recording studio when concerts are being staged. You can understand why Zurich’s music fans come here regularly to listen to new bands. The dance floor is framed by the bar, a stage with DJ desk, and a few sofas and chairs. Behind is a terrace, which also opens in winter thanks to its retractable roof.

Climb the steep spiral staircase and you’re in the office of Christian Gamp, the founder of GDS.FM radio. His story is inextricably linked to that of Sender, which he opened in 2017. ‘It bothered me that radio stations always play the same few songs, despite the fact that there is so much good music out there,’ says Christian. At that time, there was no indie radio station in Zurich. GDS.FM filled the gap in the market and really struck a chord with music fans: ‘An incredible number of people got involved. That confirmed we were on the right track.’ The station has been broadcasting around the clock since March 2014. Its main programme segments are named after times of day, so along with the sets produced by local labels and DJs, there are morning, afternoon, evening and night-time shows, plus bedtime music to help listeners drift off to sleep.

In 2017, the team went one step further by opening Sender: ‘We always wanted to produce GDS.FM from its own premises rather than my living room,’ says Christian. In the end, an opportunity arose to move into the building vacated by La Catrina near Langstrasse. Open from Wednesday to Saturday, Sender welcomes anyone who wants to drop in for a relaxed drink. It also puts on occasional games evenings, PowerPoint karaoke and music quizzes, along with live music on Thursdays and parties at weekends. All its concerts are broadcast live on the radio, which involves considerable effort: ‘A single drum kit needs up to seven microphones to make it sound good on the radio,’ says Christian.

Like its radio shows, Sender’s live events cover a wide range of music, whether it’s rave, hip-hop or something more experimental. Of course, there’s a certain amount of risk involved, but Christian is convinced he’s on the right track: ‘If people weren’t into what we’re doing on the radio, they wouldn’t come down to Sender.’ But he still wishes the people of Zurich would show a little more curiosity: ‘They can rely on us to deliver great music. It doesn’t matter whether the act is known or not.’

Sender covers a wide range of music, whether it’s rave, hip-hop or experimental.

This anti-mainstream attitude is also reflected in Sender’s stance towards the environment. It doesn’t stock major brands like Red Bull or Coca-Cola. Instead, it makes its own mixers like cola, maté and bitter lemon using FLOCKA syrups from Zurich and fresh juices or sparkling water – and even this is produced on site: ‘We used to use bottled water, but now we use tap water and carbonate it ourselves. It’s just as good – and dragging crates around unnecessarily is simply a joke.’

Drinks are served with straws made of glass rather than plastic. Christian says it’s a win-win situation: ‘We protect the environment, save money, and people like the glass straws so much that they even take them home.’ That’s why they are printed with the words ‘Stolen from GDS.FM’. Christian thinks it’s not so difficult for bars and restaurants to be eco-friendly: ‘I don’t understand why they don’t make more effort to be sustainable.’

Early evening admission is free, later 5 francs
It is always free or heavily discounted for members.

Live music every Thursday
You can find a detailed programme here.