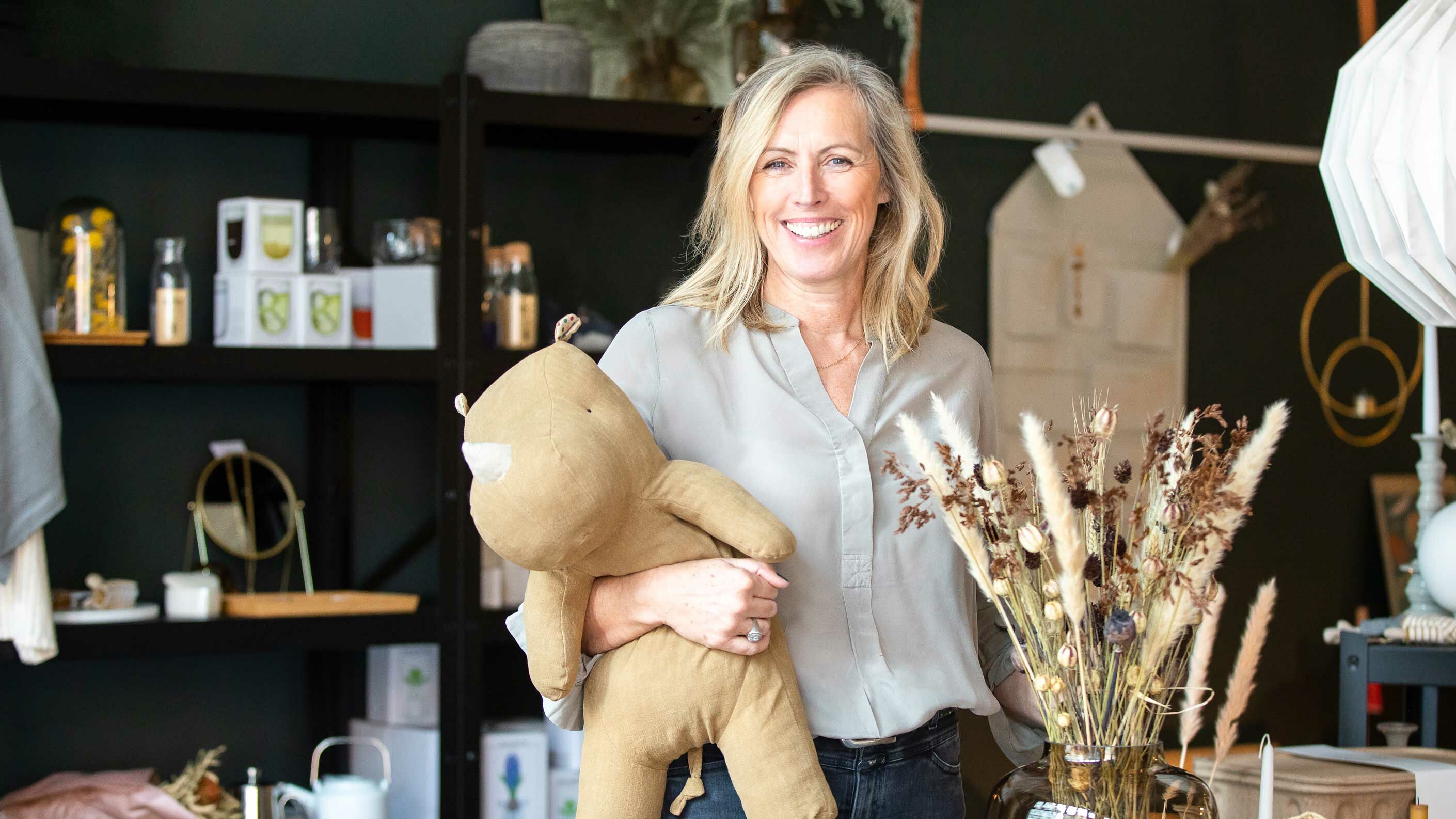 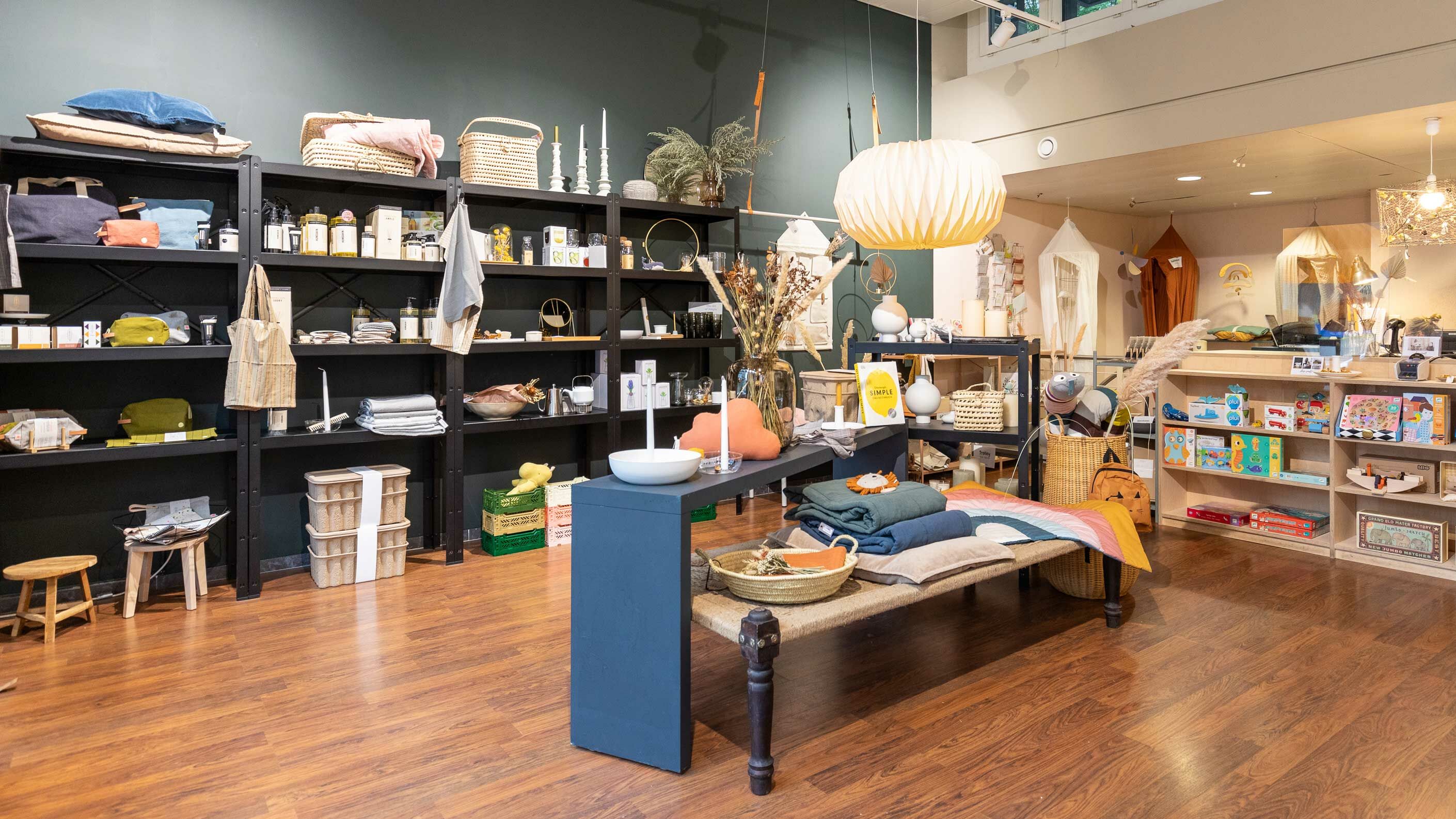 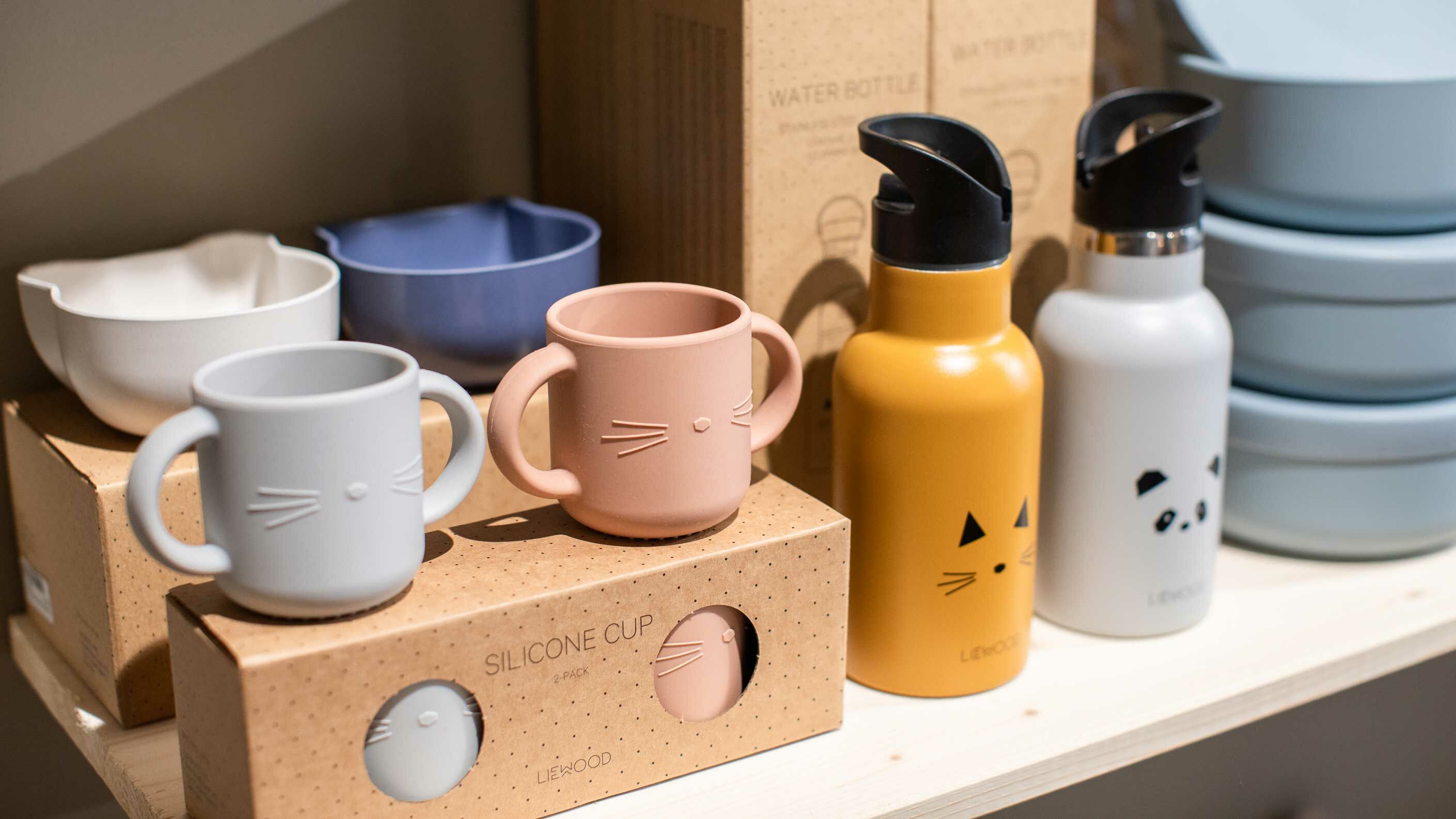 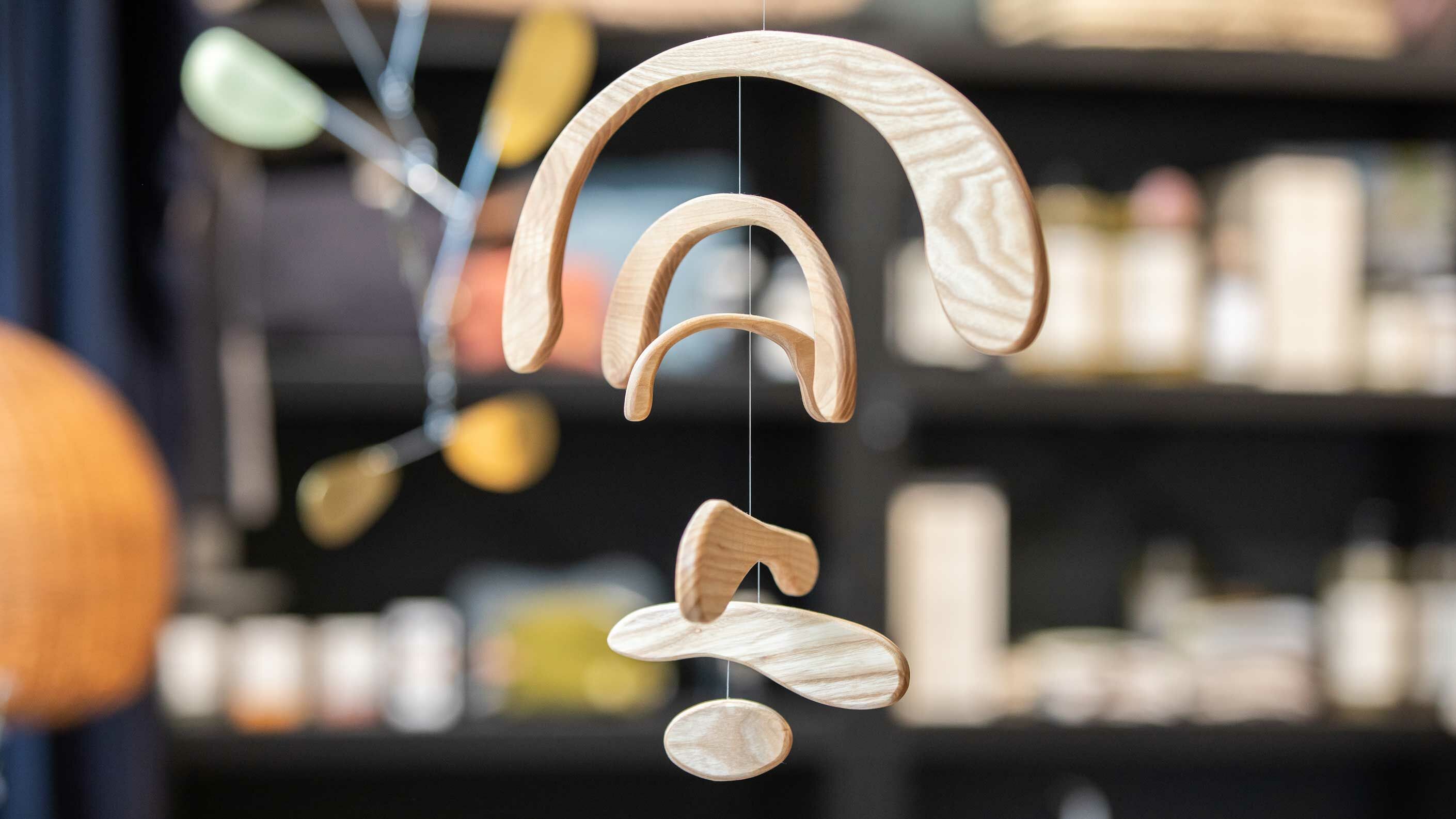 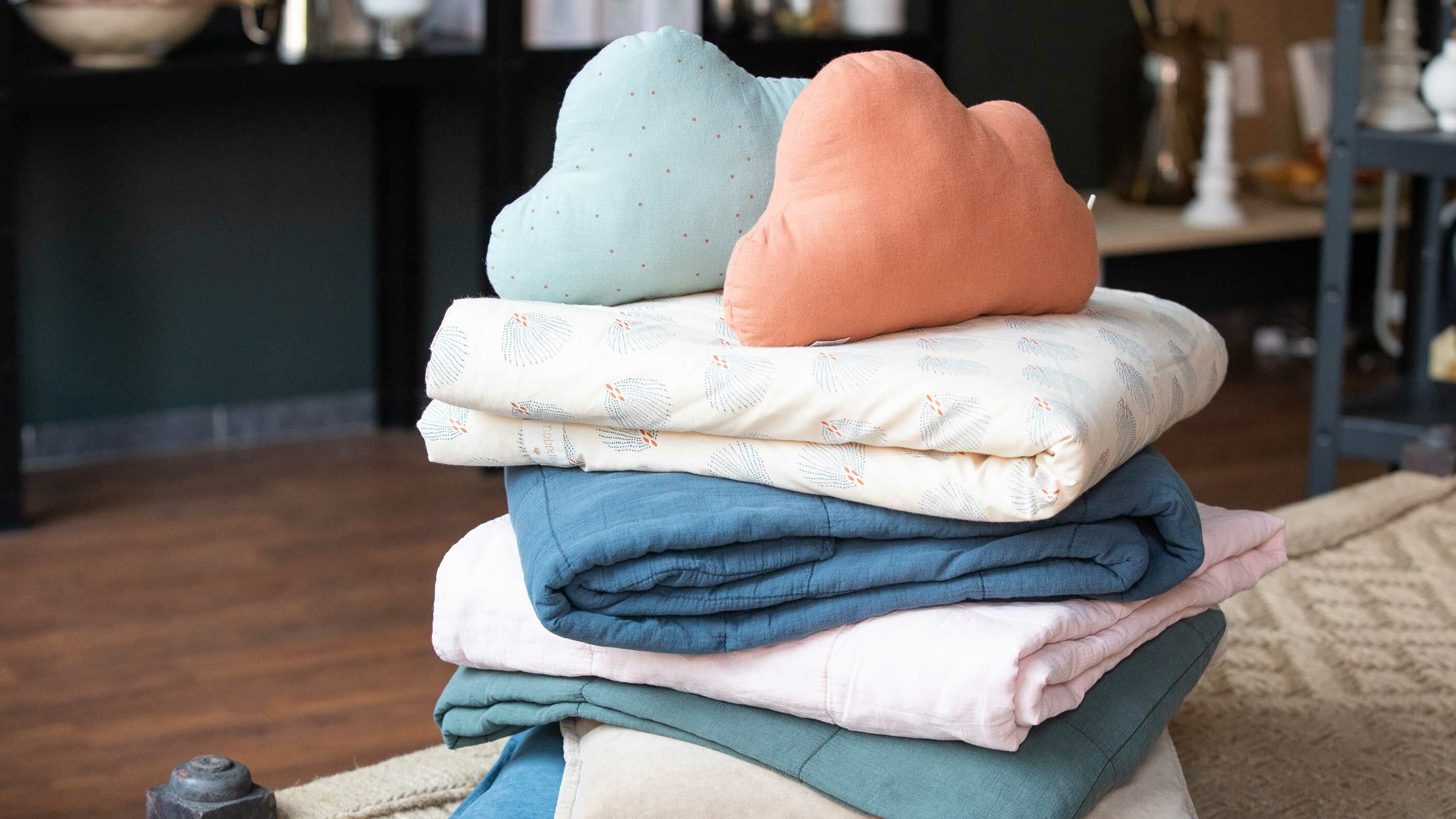 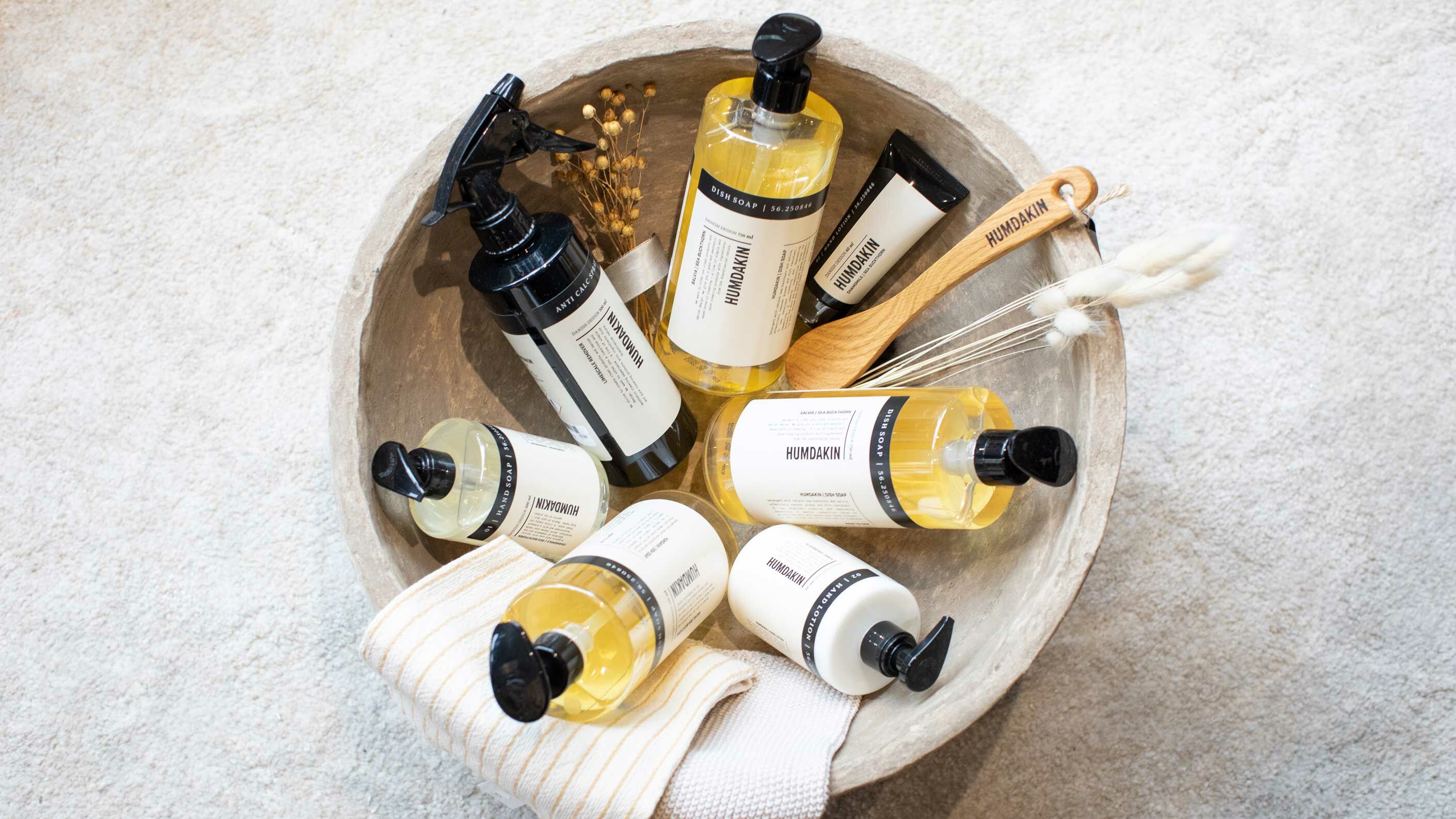 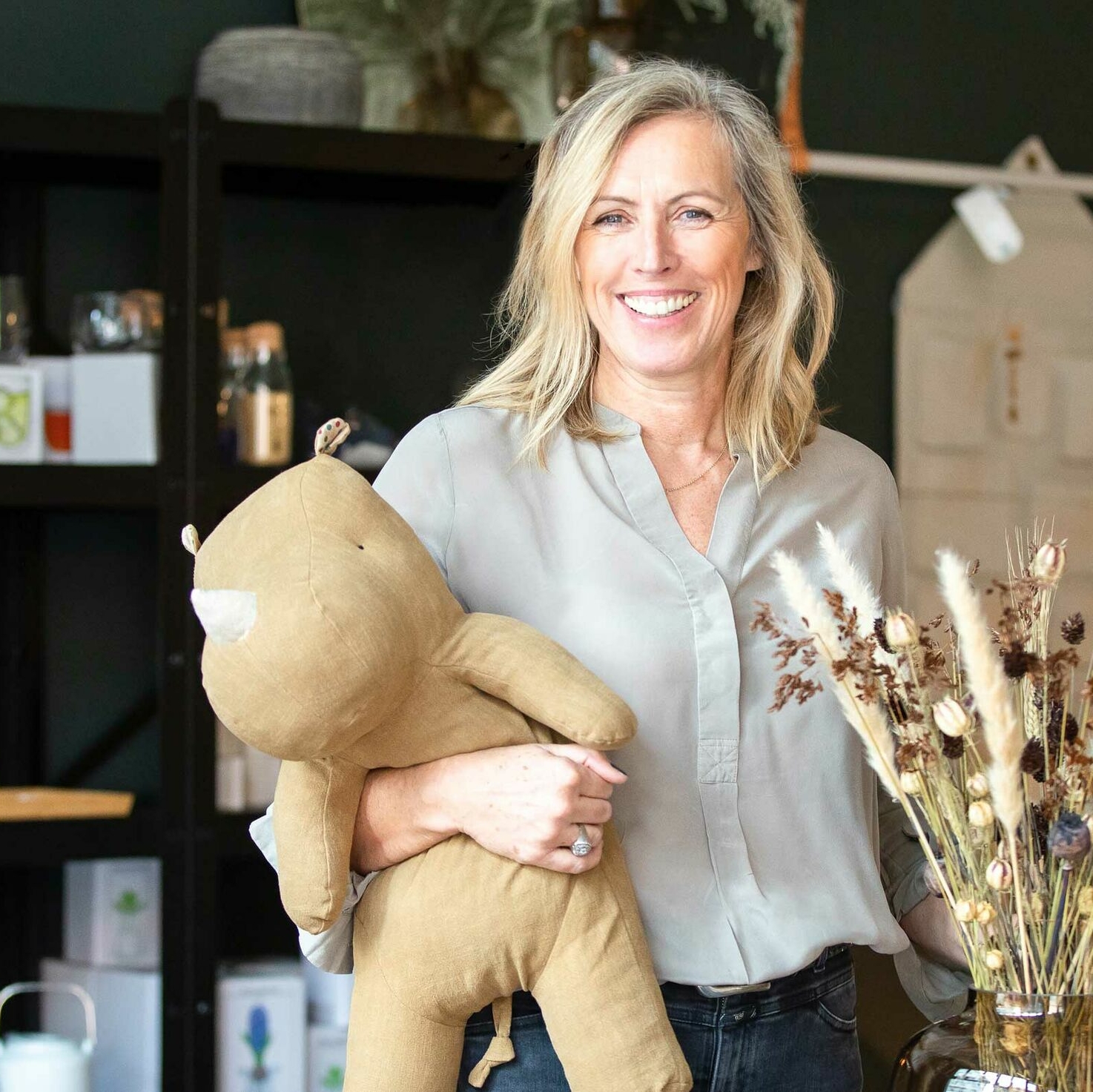 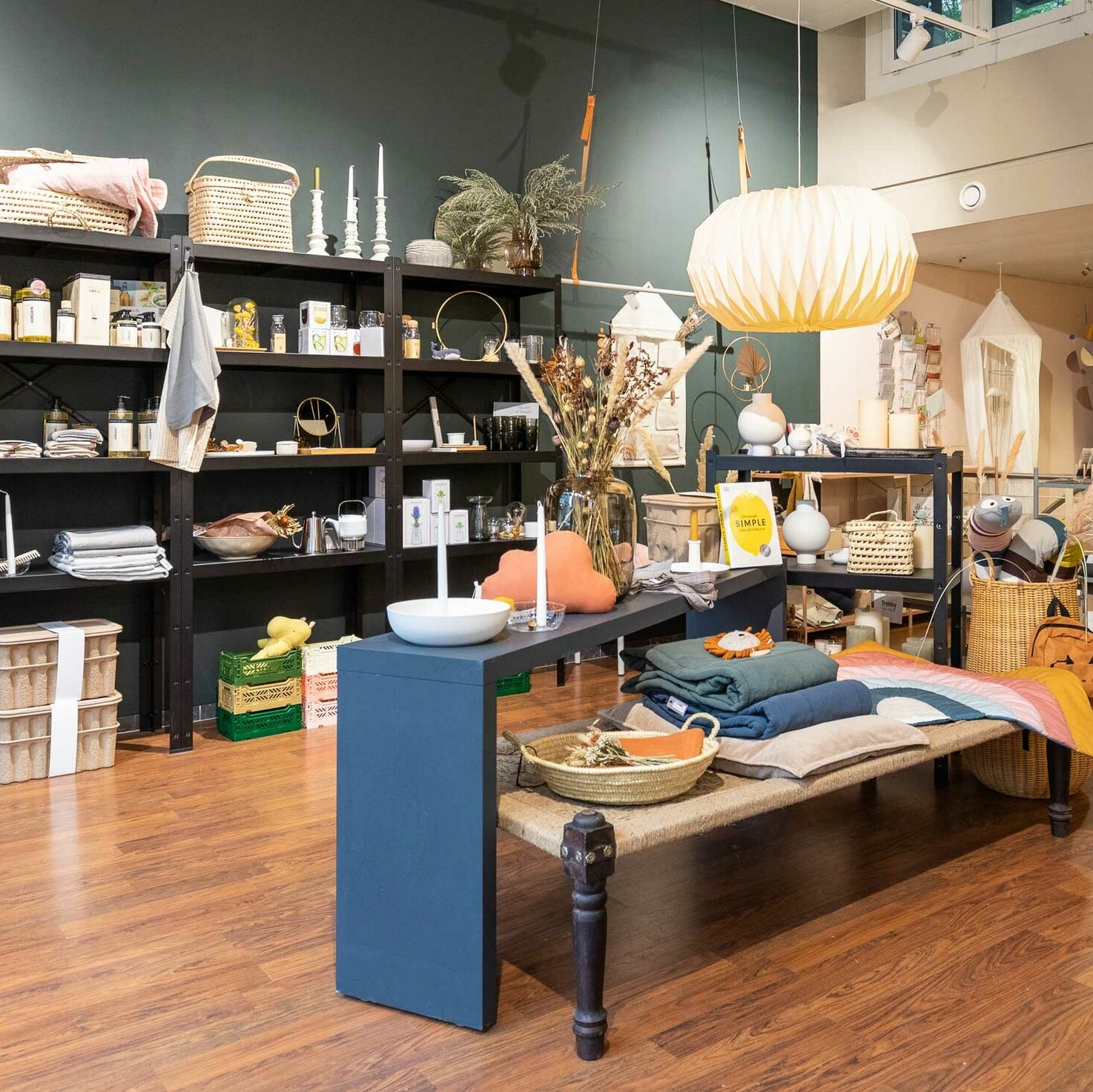 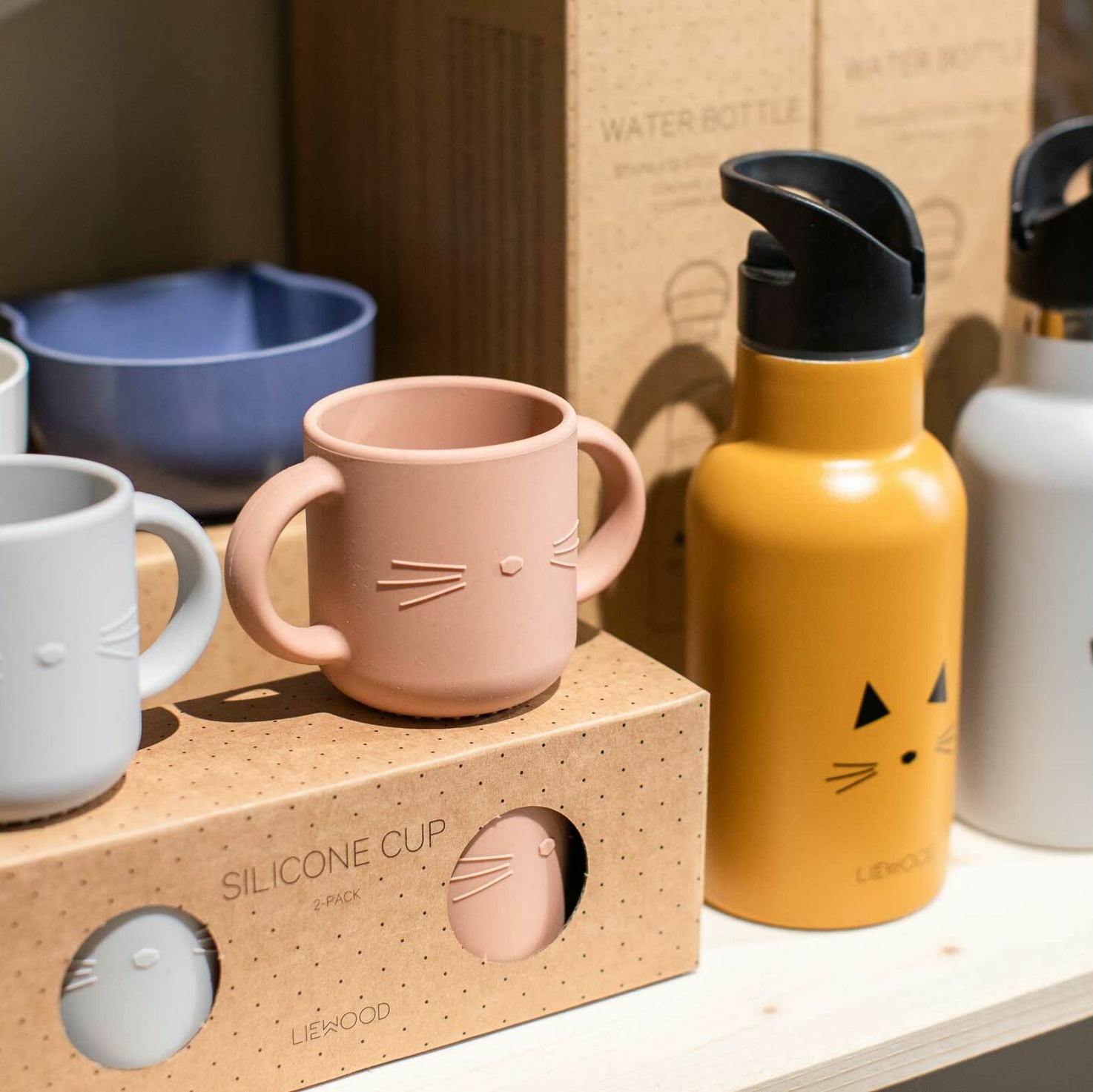 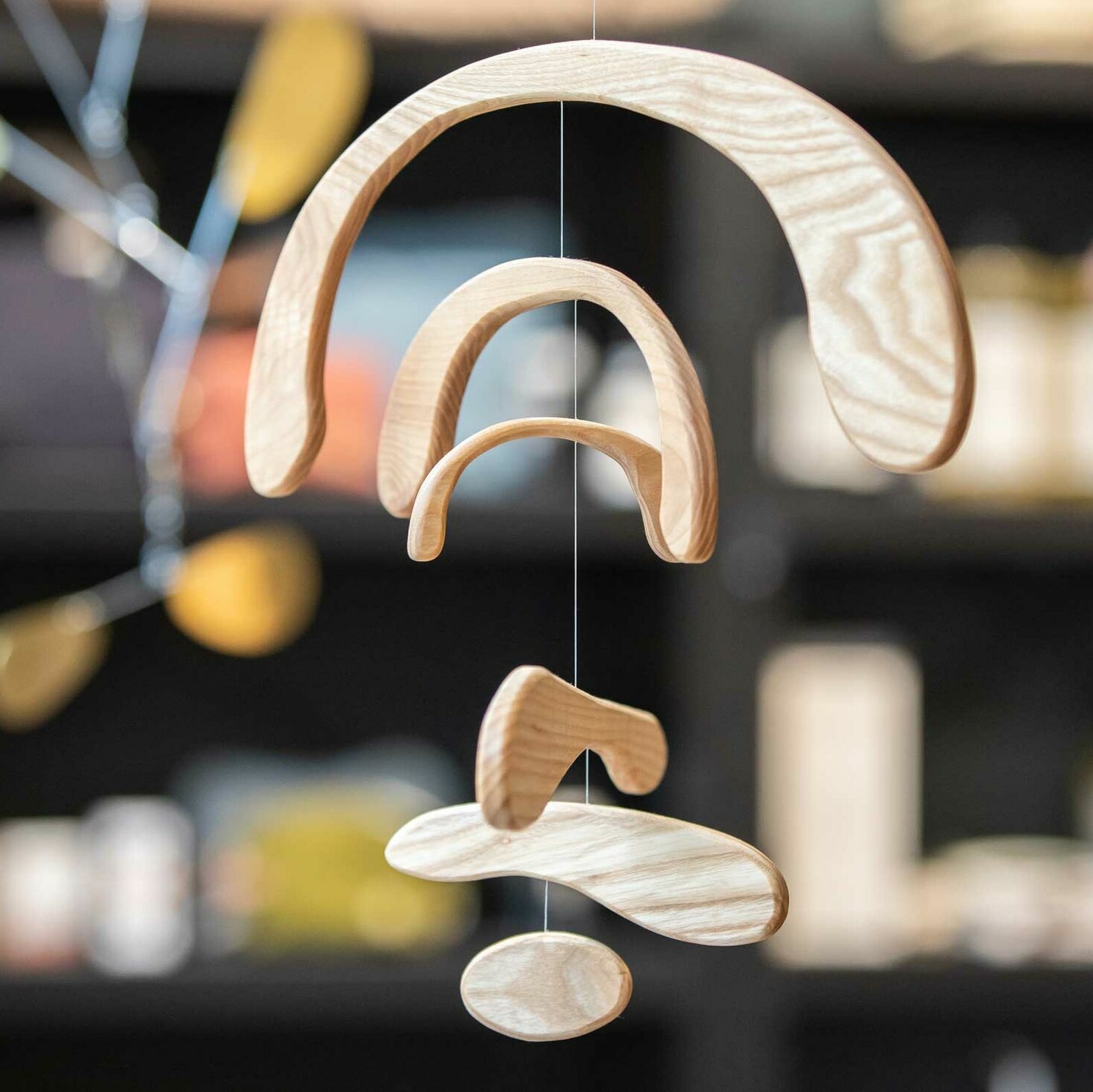 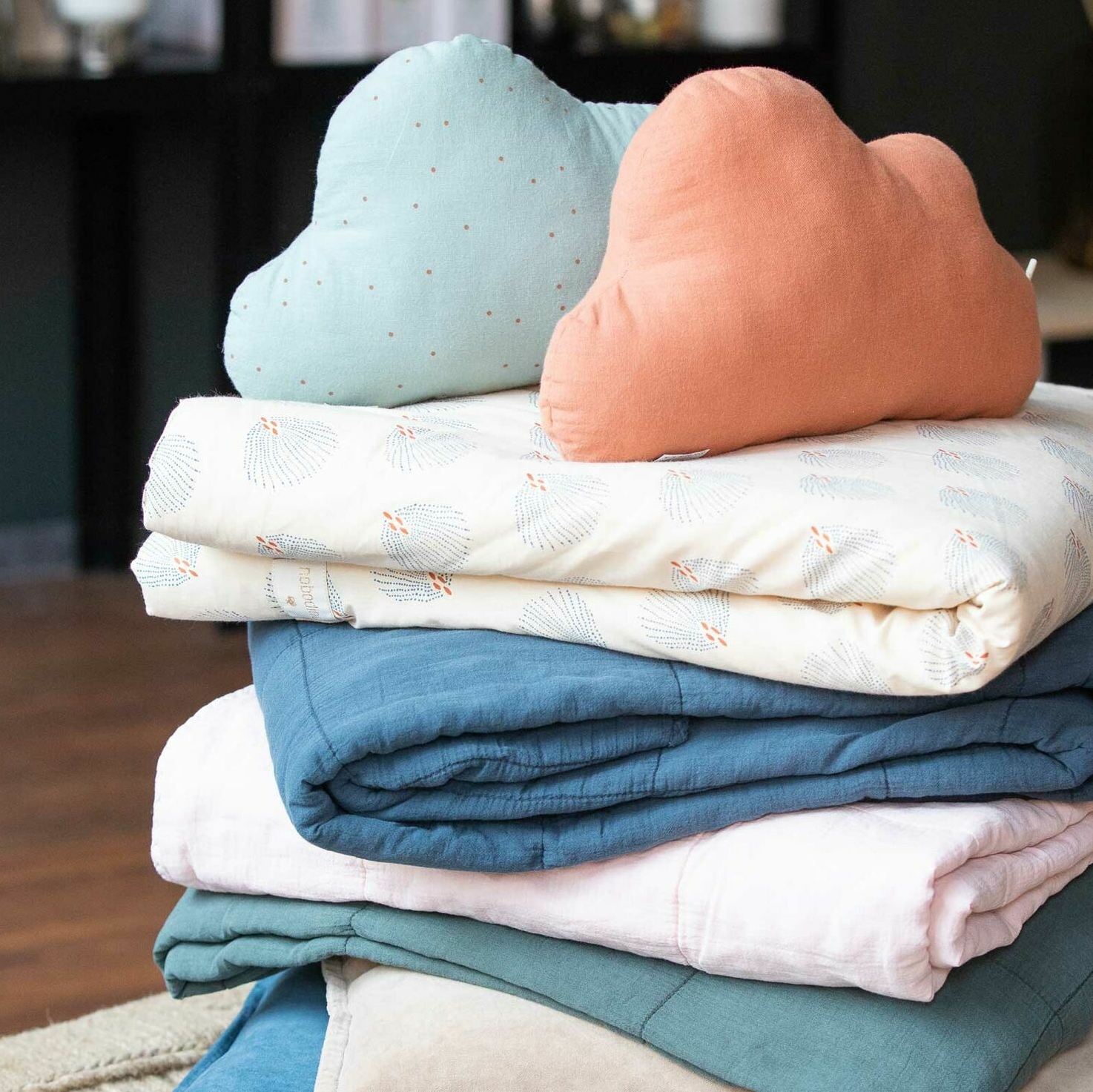 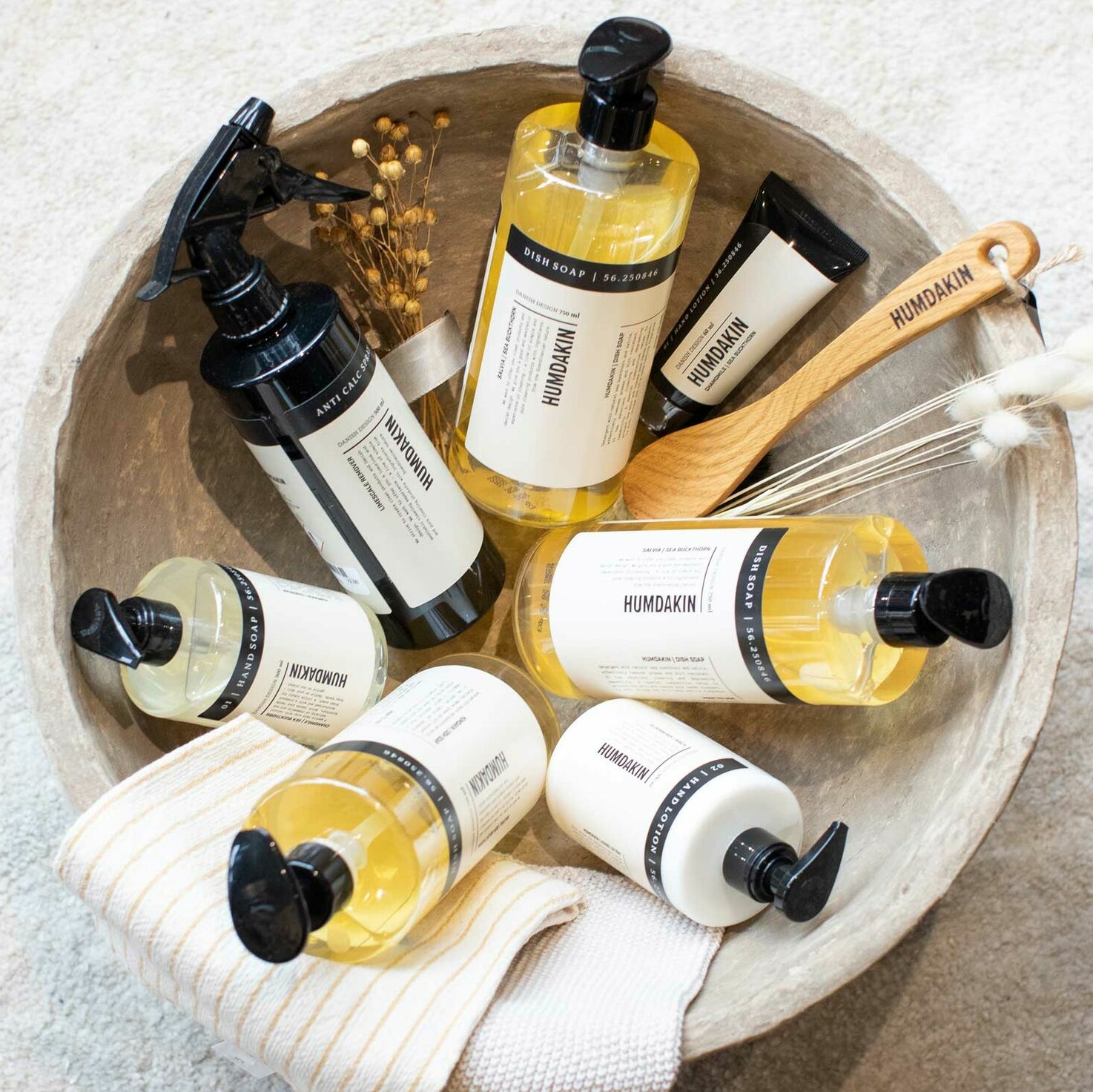 Whether it’s a gift for a newborn or a centenarian, you’ll find something for almost everyone at Annette Merlo’s store.

Little Company on Josefstrasse used to operate solely online. Founder and mother of three Annette Merlo doesn’t want to go back to the internet again, a feeling that has been reinforced by her noticing that since the coronavirus, people are more inclined to browse in shops.

When Annette Merlo was pregnant with her first child, she knew that after her maternity leave, she didn’t want to go back to her job in advertising. Instead, she started the Little Company online shop. ‘That was still quite unusual in 2004,’ explains Annette. ‘But a physical shop was out of the question for me at the time.’ She sold children’s products from mostly small, still unknown manufacturers, for example handmade crochet baby rattles, special stuffed toys and home furnishings like lamps. ‘I kept having more and more ideas,’ says Annette. And that’s how Little Company got bigger – and more popular.

The children’s shop fits in well in the area.

The shop founder also puts the good run down to the press, which often featured reports about Little Company. Bestsellers included animal silhouettes made out of old wallpaper, produced by a Dutch artist. ‘I was one of the first to sell these wall decorations.’ At the time, Little Company also had many international orders, with the own-brand baby grows personalised by Annette herself proving especially popular.

In autumn 2006, Annette took the decision to sell her goods from an empty restaurant on Josefstrasse for a period of three months. ‘In my mind, it was clear that it would come to an end after the Christmas rush,’ she recalls. But then Annette received a call from the landlord. ‘He asked whether I wanted to stay where I was with Little Company.’ He felt the children’s shop fitted in well in the area.

Annette was convinced, and Little Company has been located at Josefstrasse 27 ever since. ‘I really like the multicultural area,’ she says. ‘It reminds me a lot of my home city of Cologne.’

‘In that way, the shop quite clearly bears my signature.’

Over the last few years, Little Company has acquired growing competition – both online and within Zurich. ‘Others have also realised that items for children are becoming more and more popular,’ says Annette. There are various reasons for this. ‘Children are gaining greater importance in society.’ At the same time, people are having children later in life and therefore have more money available to spend.

‘I did notice, however, that this boom was taking its toll on me,’ says Annette. She attended trade fairs, discovering loads of new brands – but they were all the offering the same thing. ‘It’s just too much,’ thinks Annette, who now has three children. For the market, and for her personally. Annette felt she needed a change. So since 2018, Little Company has also been selling items for adults – vases, throws, tableware and other decorative pieces for the home. ‘It appeals to my most loyal customers, whose children have now grown up.’

Since 2018, Little Company has also been selling items for adults.

Annette runs Little Company on her own, which is demanding but enjoyable. ‘In that way, the shop quite clearly bears my signature.’ She also regularly unearths new products during travels abroad. Alongside the big manufacturers, she’s drawn to items from small manufacturers. ‘It’s important to me that things are quirky and that the selection is unexpected,’ says Annette. ‘My customers also like that.’

The German-born shop owner has noticed a general trend that small businesses are appreciated all the more since the pandemic. ‘People would rather have a look around in here than on the internet. That makes me happy, obviously.’ Because even though Annette still has an online shop, her heart now lies with what she sees as the ‘right’ kind of shop.