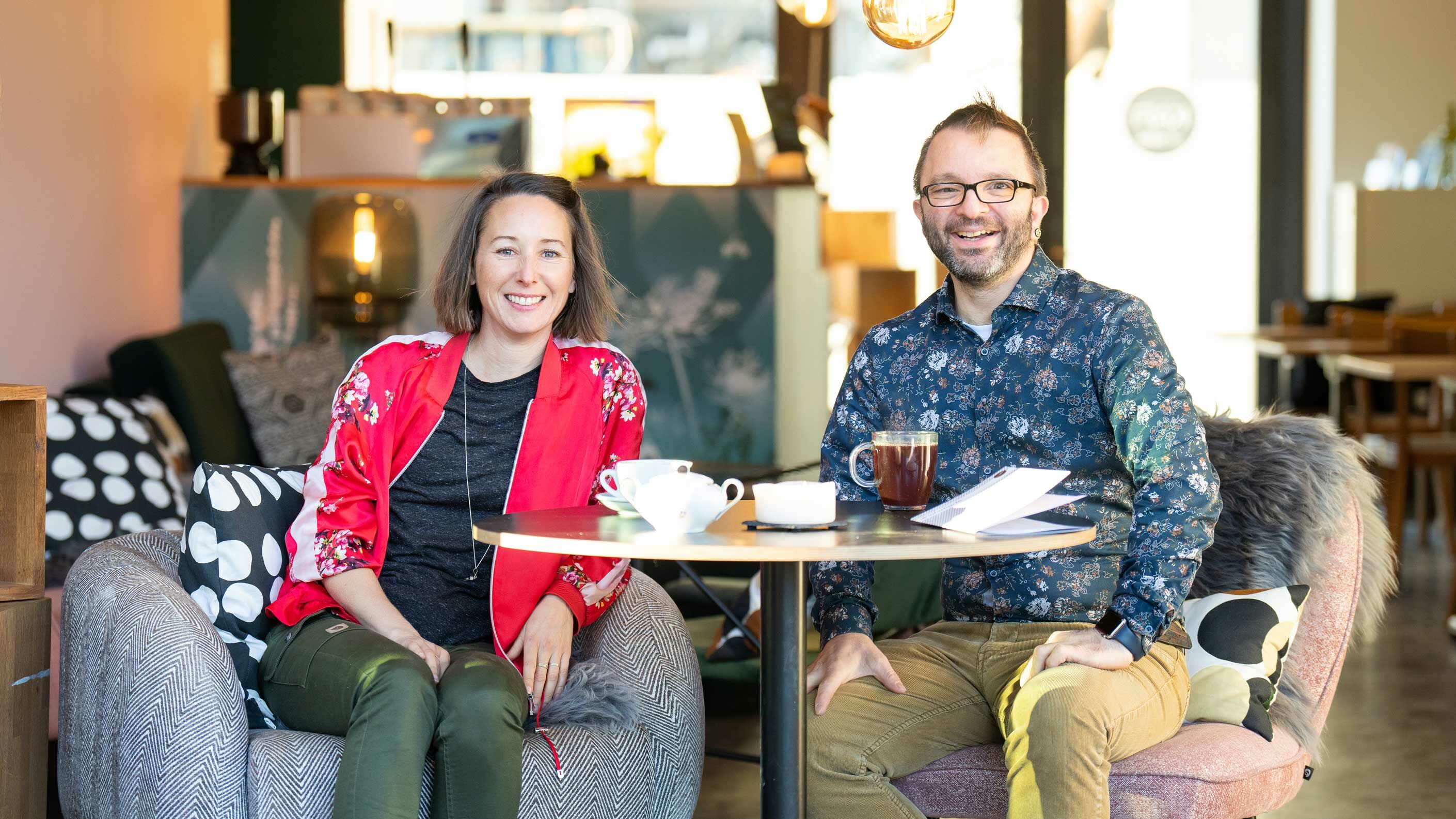 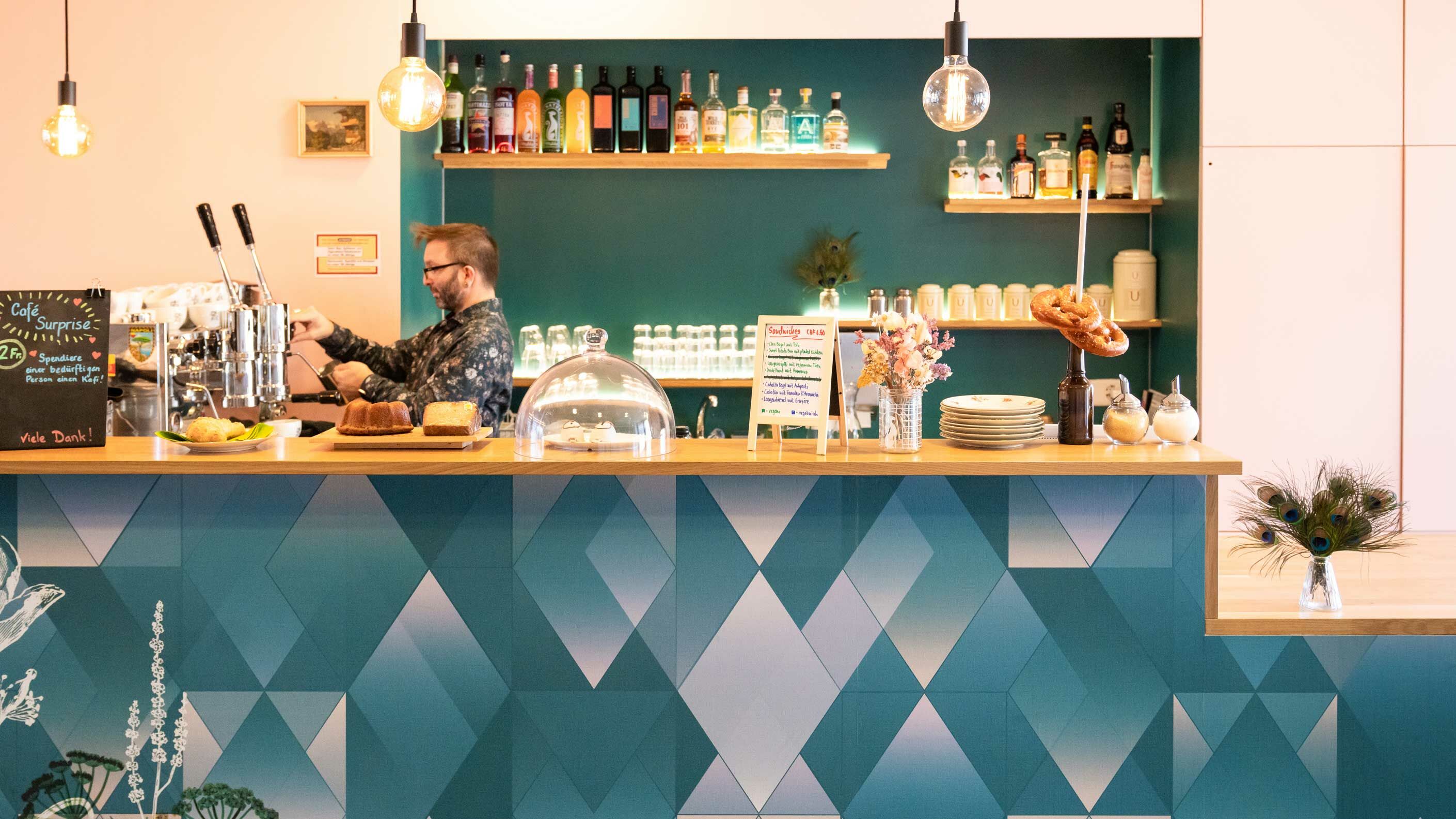 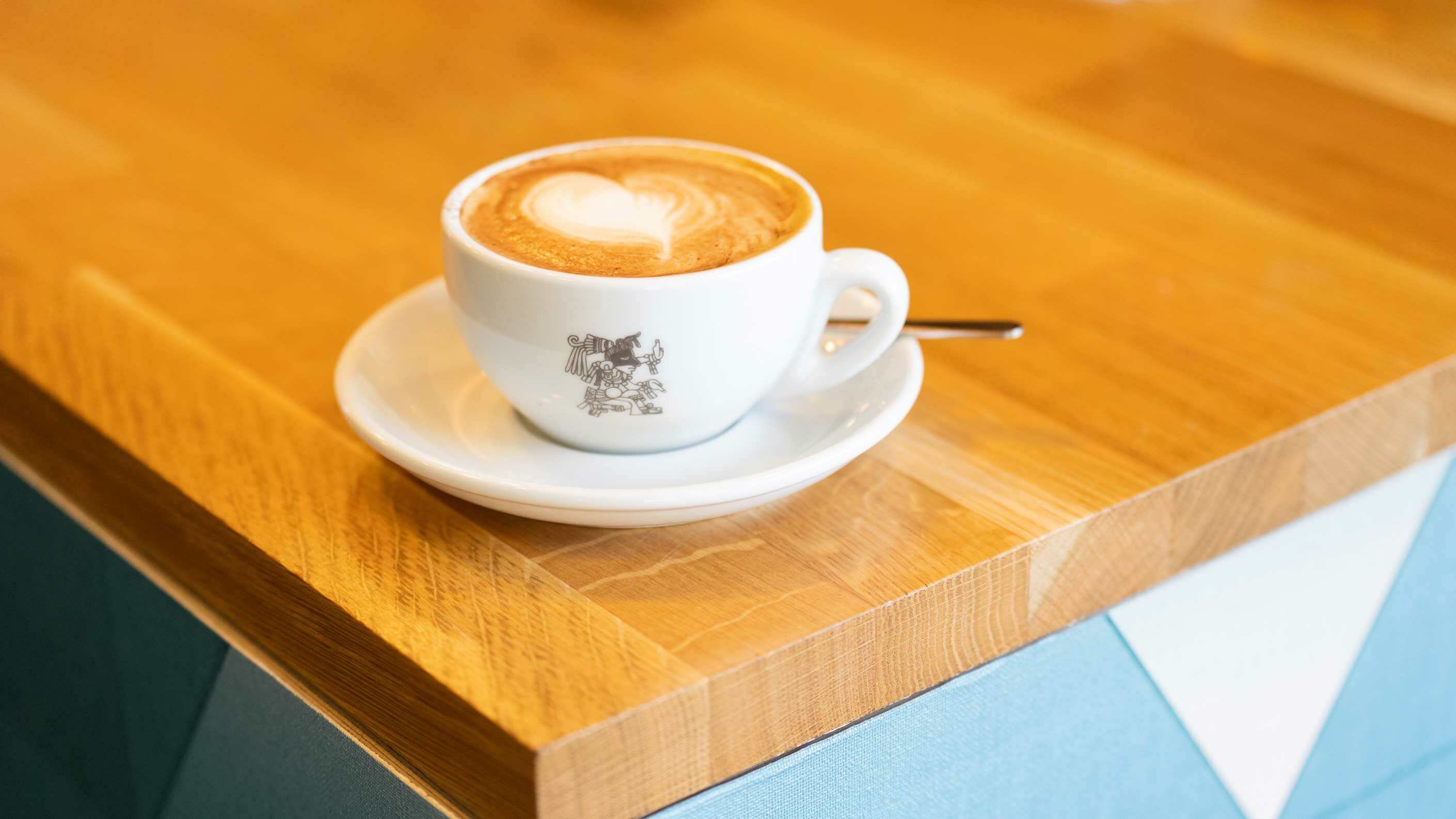 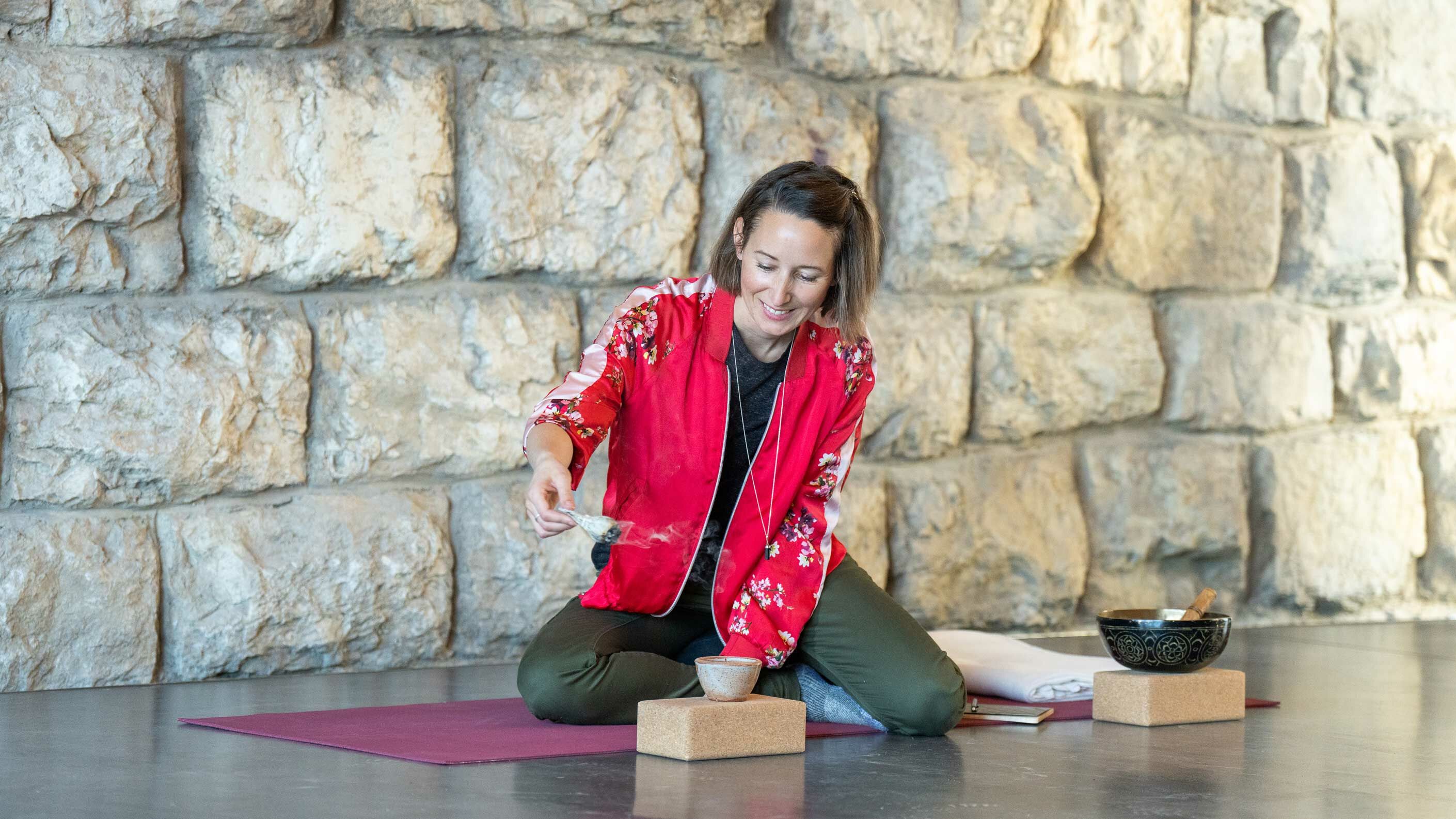 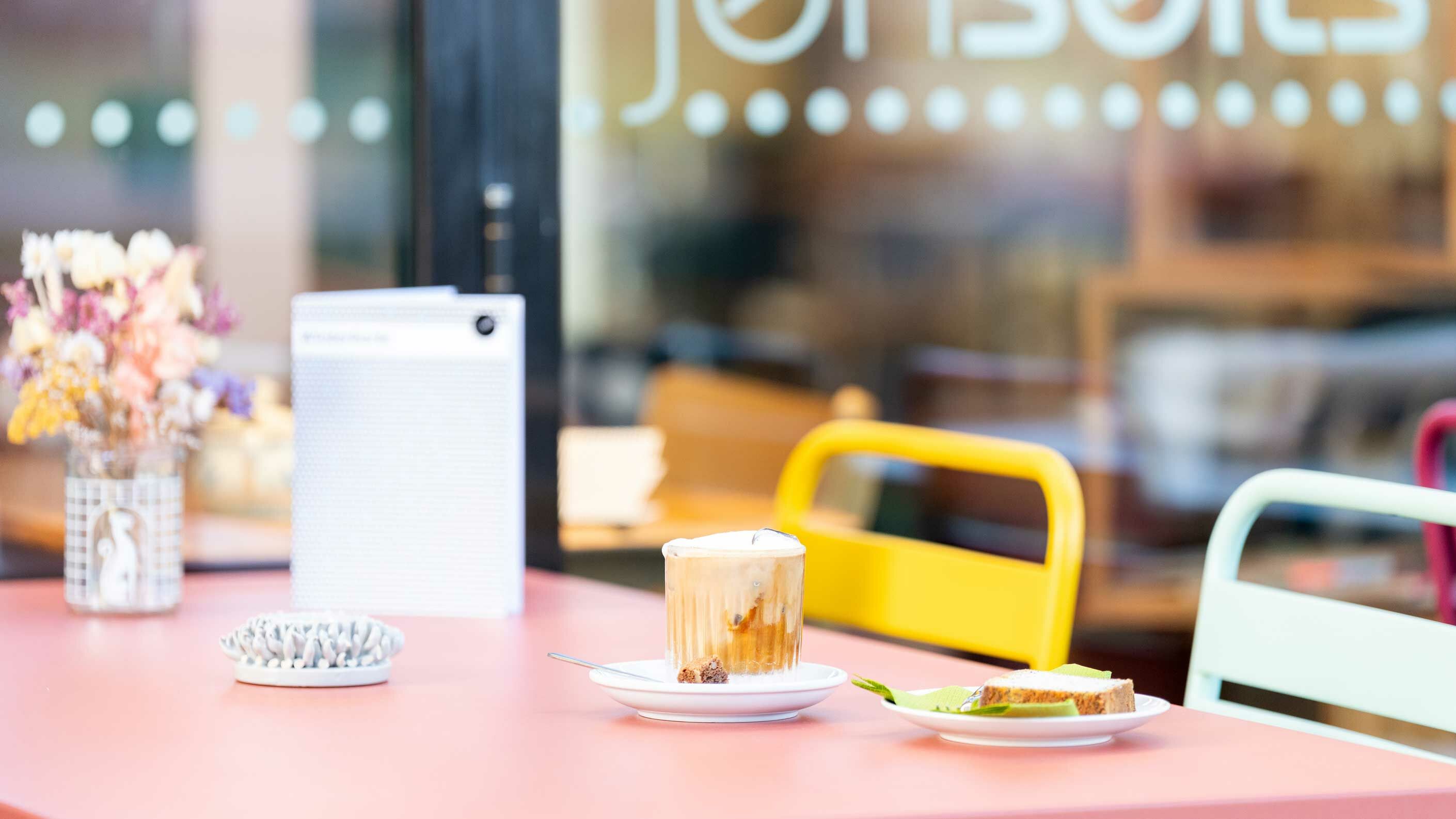 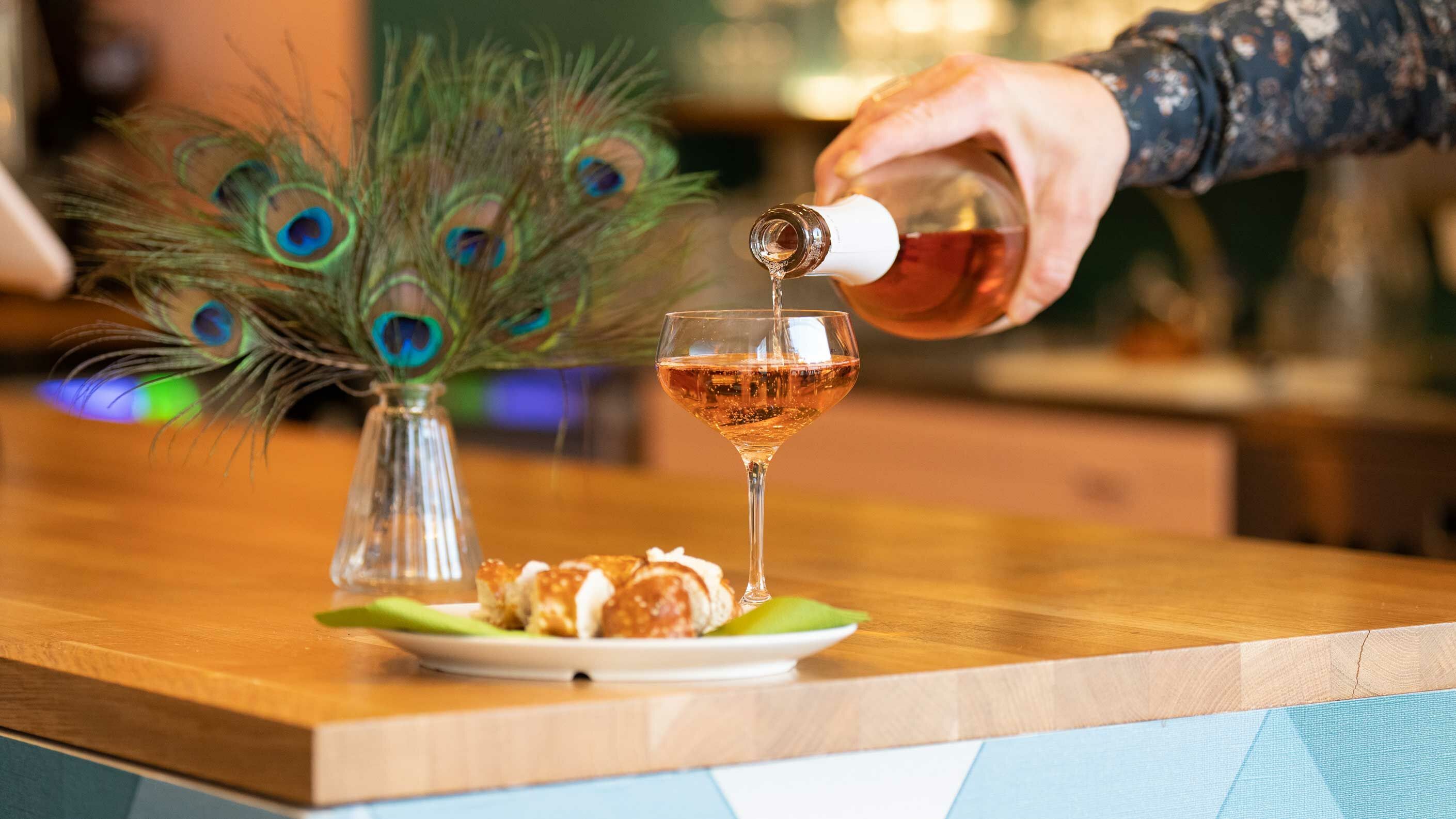 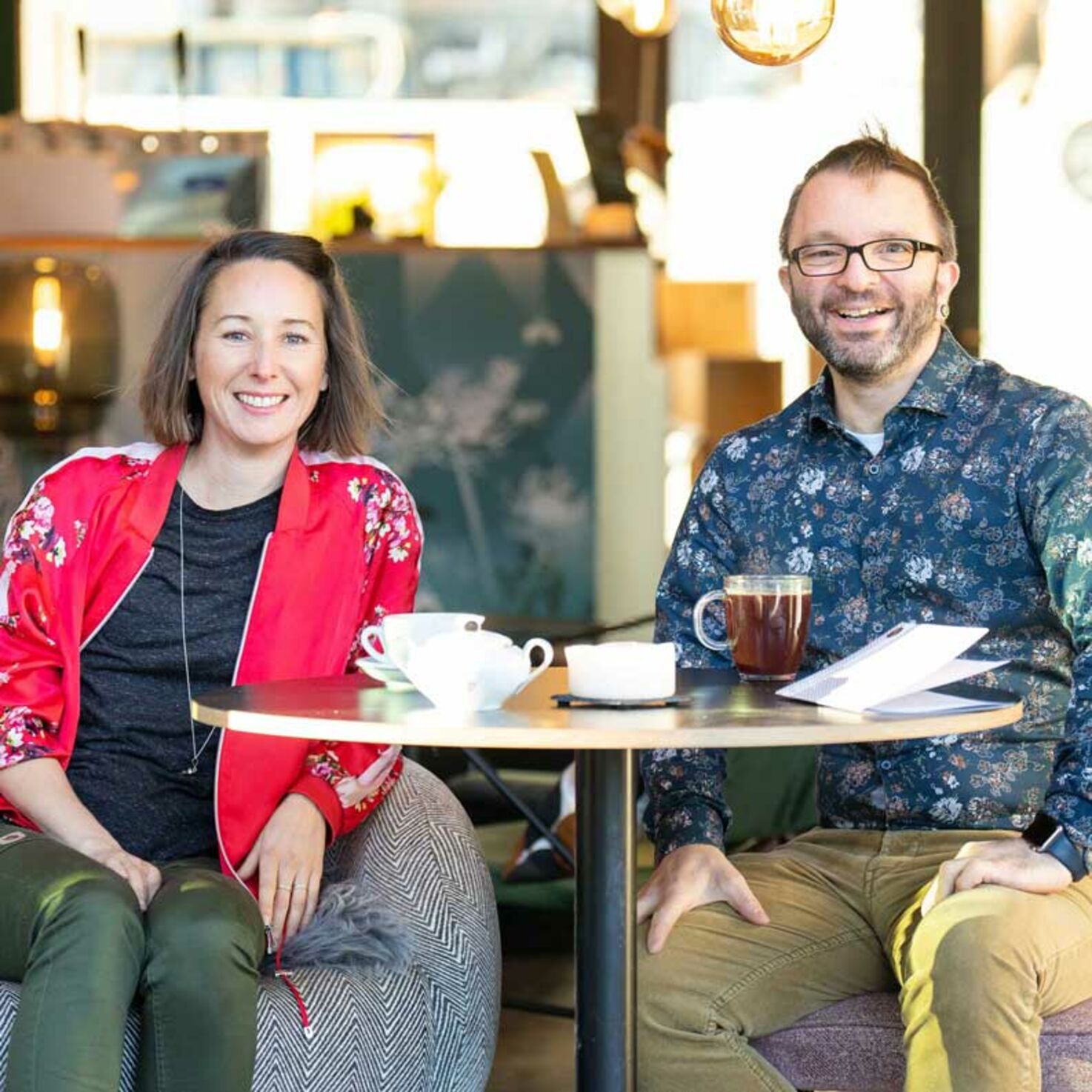 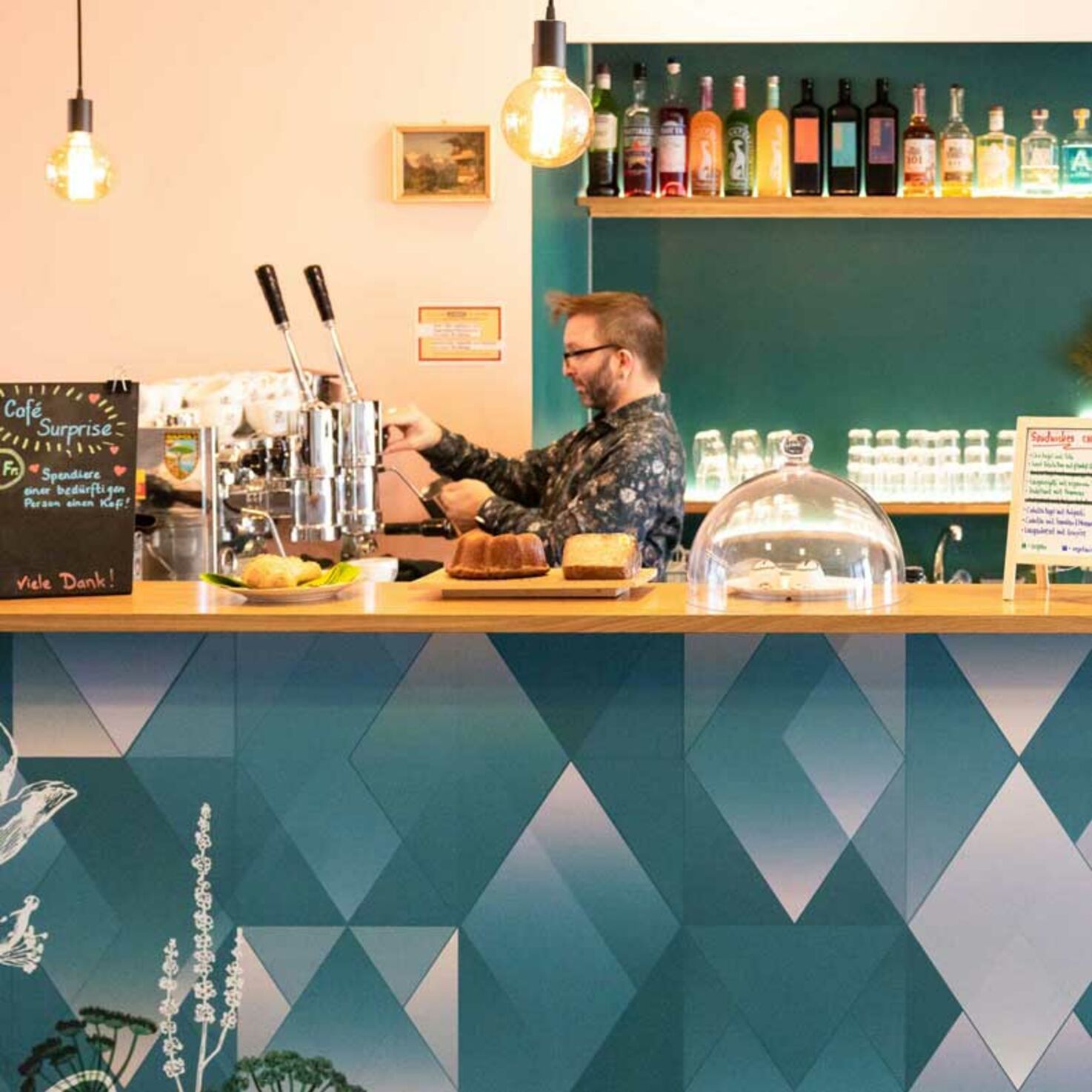 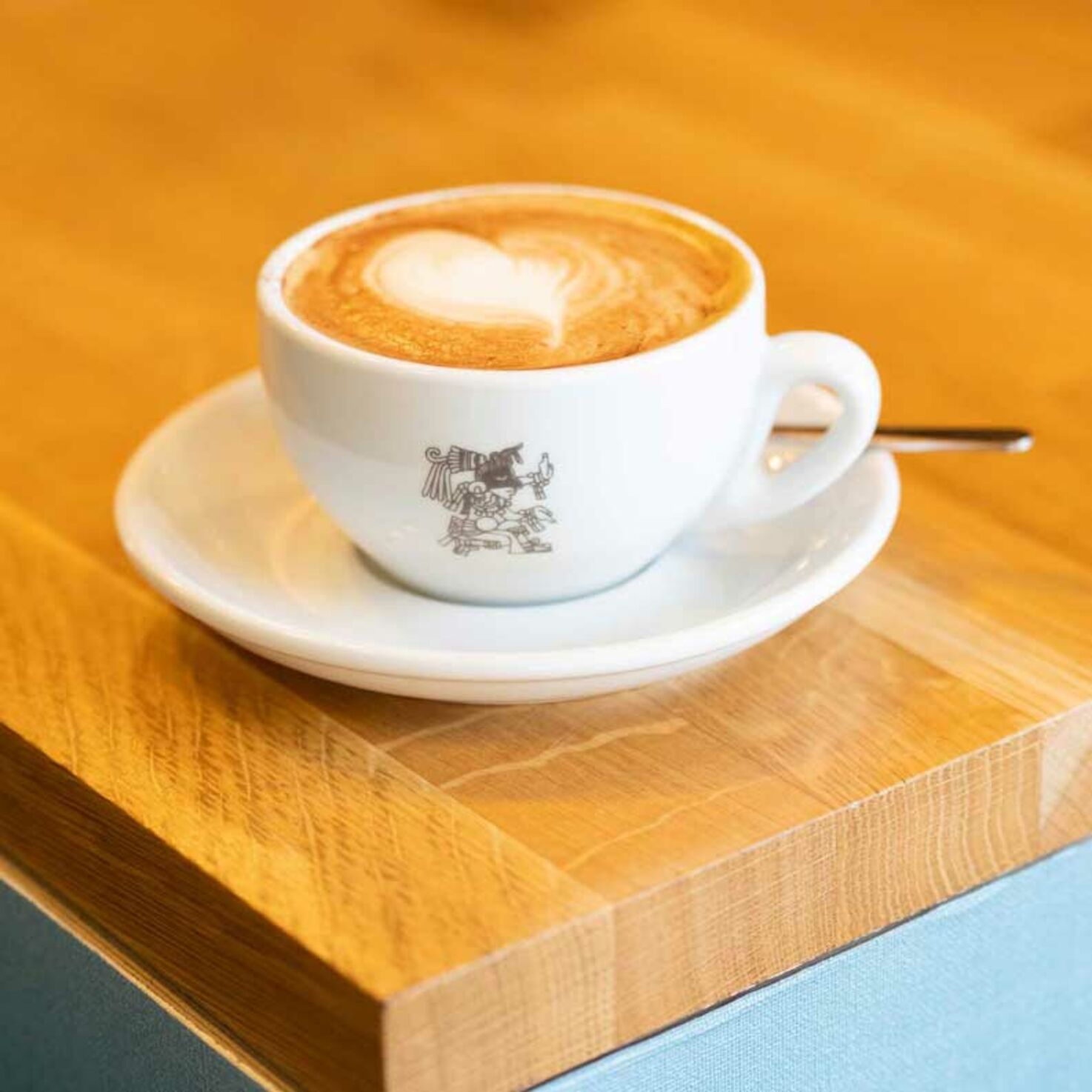 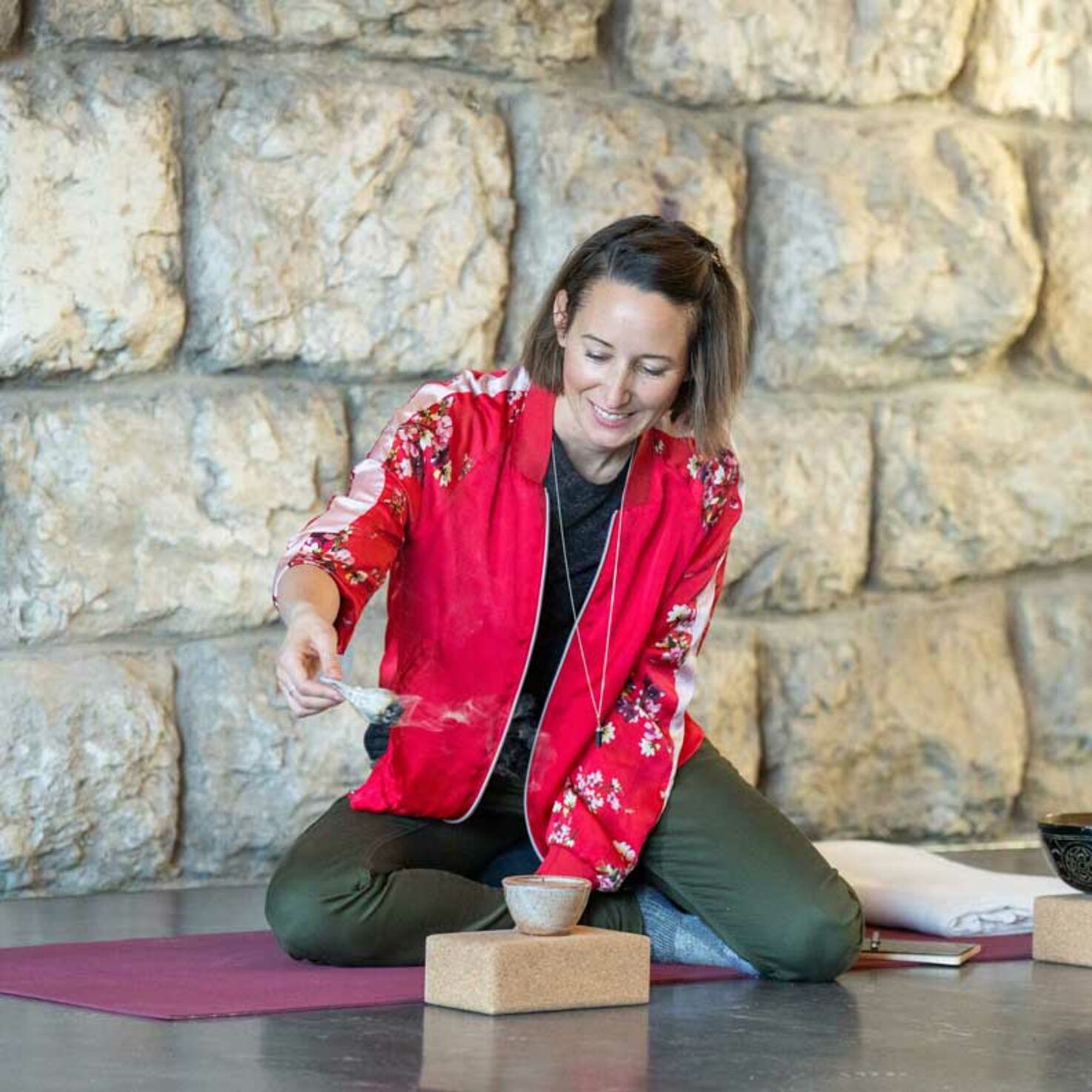 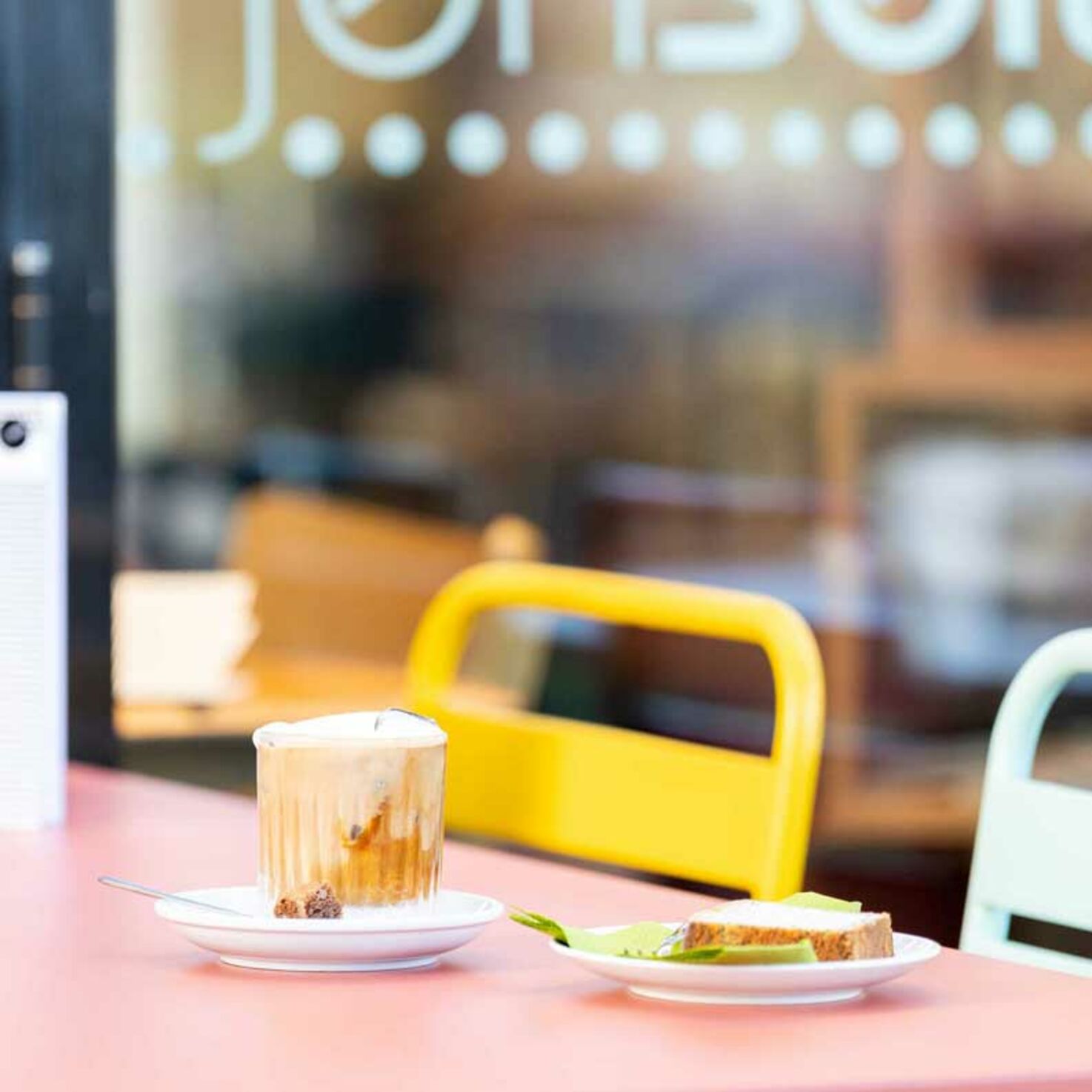 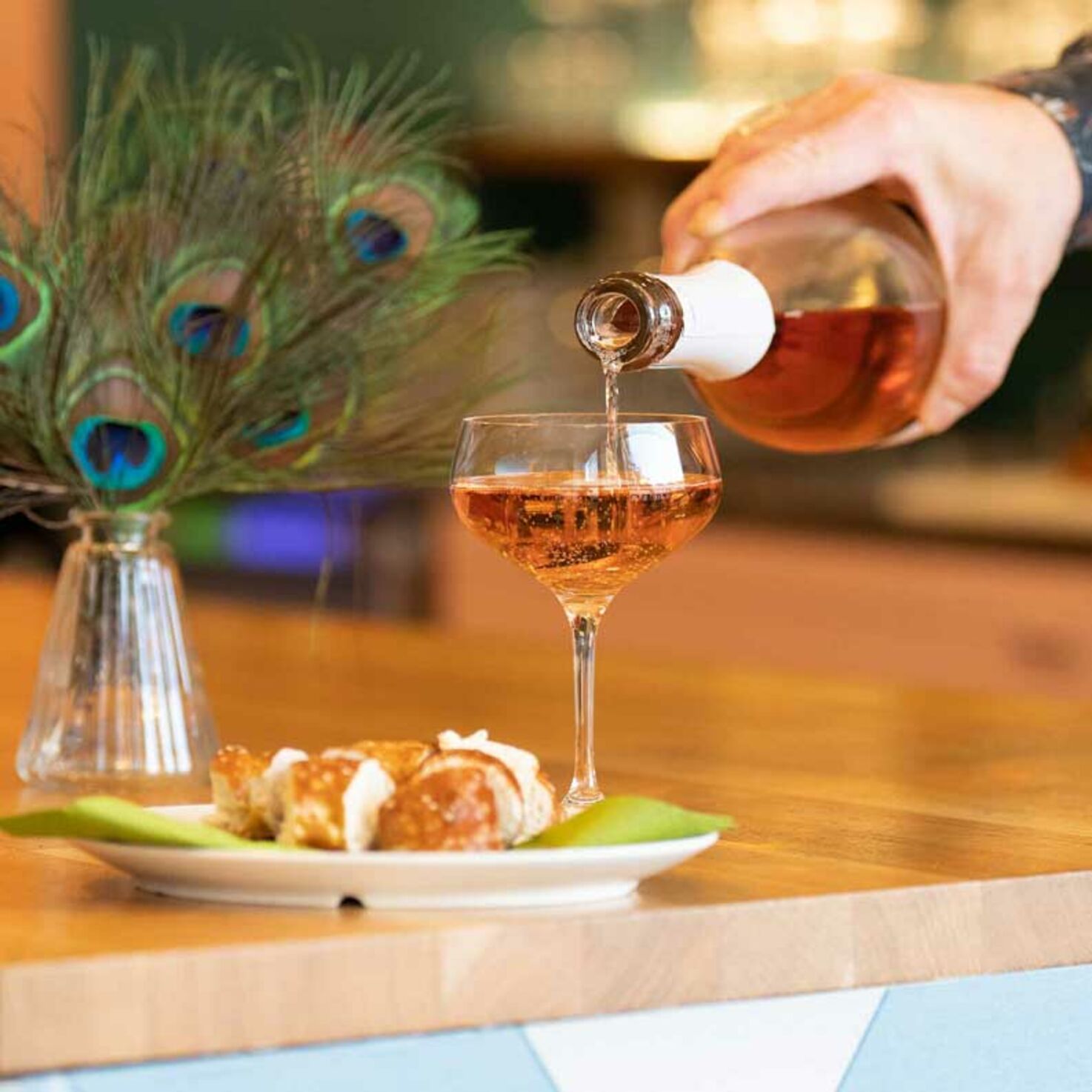 Jenseits im Viadukt (beyond the viaduct) is a venue with values that goes beyond being a normal café. It began more than a decade ago as a Catholic project for young people. Now it is a café and event venue for all ages and denominations. Toni Feola and Corinne Germann tell us more.

From time to time, Toni Feola receives calls from people asking: ‘Can I really study or work here if I don’t consume anything?’ He happily says yes. This means that Toni manages one of the few places in Zurich that explicitly tells guests they don’t necessarily have to consume anything. Despite that, there are lots of reasons to order something.

Everyone is welcome here.

The culture café is particularly proud of its coffee. And tea. And all kinds of snacks. And of the fact that as much of it as possible comes from Zurich. ‘This city has so many good things that I didn’t know about for ages’, says Toni, who seeks out everything from tea to bitters that are good and locally made.

Sustainability is one of the venue’s core themes – but not the only one. ‘Another focus is culture’, says Corinne Germann, who works in event management. Jenseits is also a venue that offers a broad programme of events. Both the café and event space have been located under the viaduct arches in district 5 since 2011. Since then, the neighbourhood and its people have changed. ‘Our third focus’, Corinne continues, ‘is spirituality based on an integral view of the world. That means that every area, including religions and world views, is considered equal.’

Because Jenseits im Viadukt was also created within a spiritual context, with the original aim of being a broad church for young people. It was set up by members of the Catholic Church in Zurich. Since then, the concept has undergone many changes. Everyone of all ages is welcome at Jenseits im Viadukt, both in the café and at the events. ‘It doesn’t matter whether they spent the night on a bench on the Josefwiese or the morning in the nearby bank’, says Toni. ‘It’s simply a café that invites you to linger – for me, it’s the homeliest café in Zurich.’

‘It’s simply a café that invites you to linger.’

The programme is still supported by Zurich’s Catholic Church. Contrary to expectations, this does not restrict the 17-member team, but gives the very different people a creative freedom that does not have to focus primarily on turnover.

Church services and clothing swaps are held at Jenseits.

If you expect the programme to mainly involve church services, you’ll be surprised: ‘It ranges from casual events like clothing swaps to rituals to abstract topics in the form of lectures and workshops’, explains Corinne, who is training to be a shaman in her spare time. A regular lunchtime programme offers Qi Gong and Feldenkrais, and meditation, yoga (in English) and, yes, church services also find their way into the programme.

And the unusual name of the location? ‘We use beyond as an adjective, not as a noun. We move beyond the usual’, says Corinne. And Toni adds: ‘In our attempt to consistently live our world view, we are often beyond society. That’s exactly how it should be: a challenge for other people. Also to show that spirituality can do much more than people think.’

The café is also open during events.